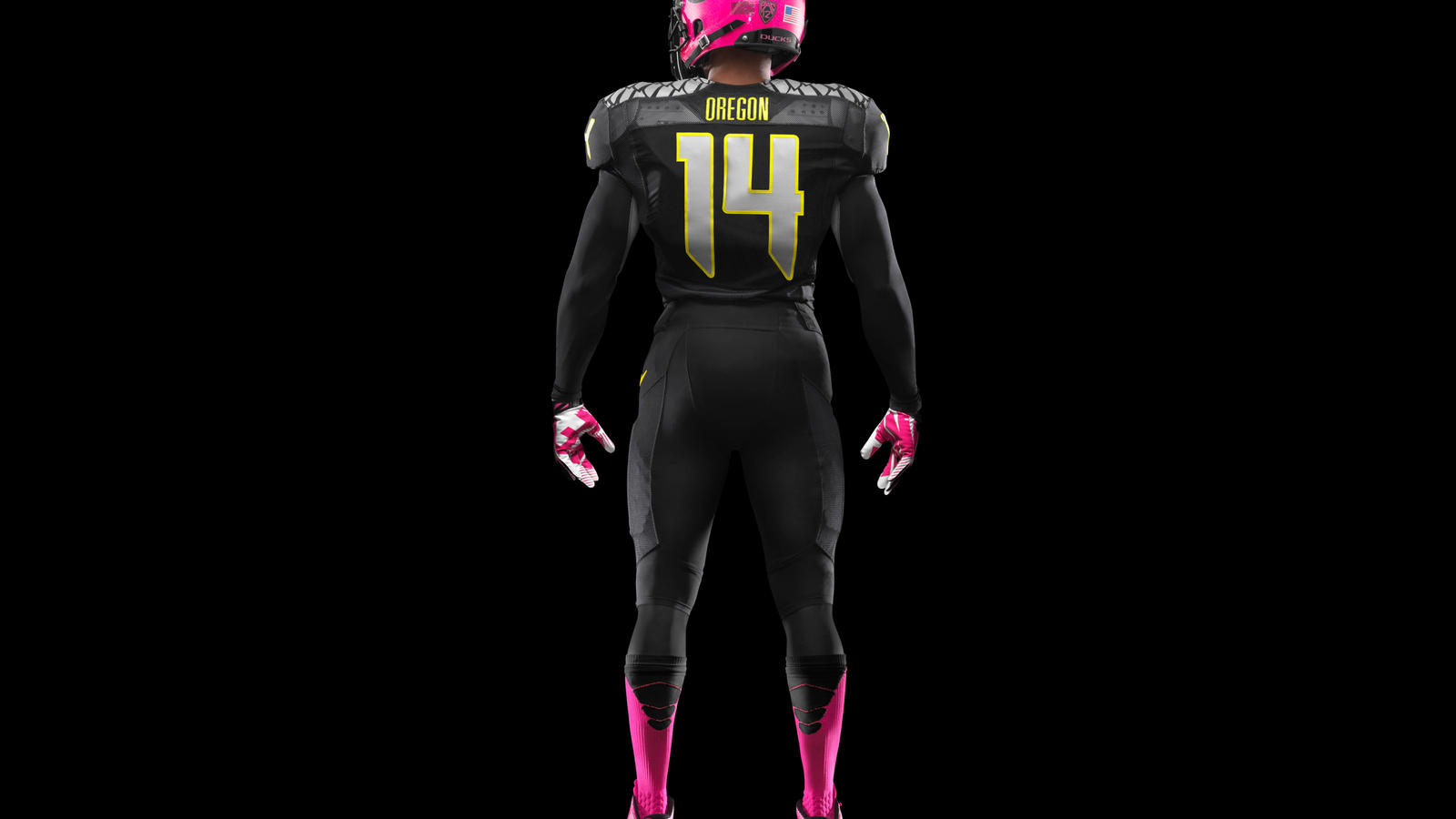 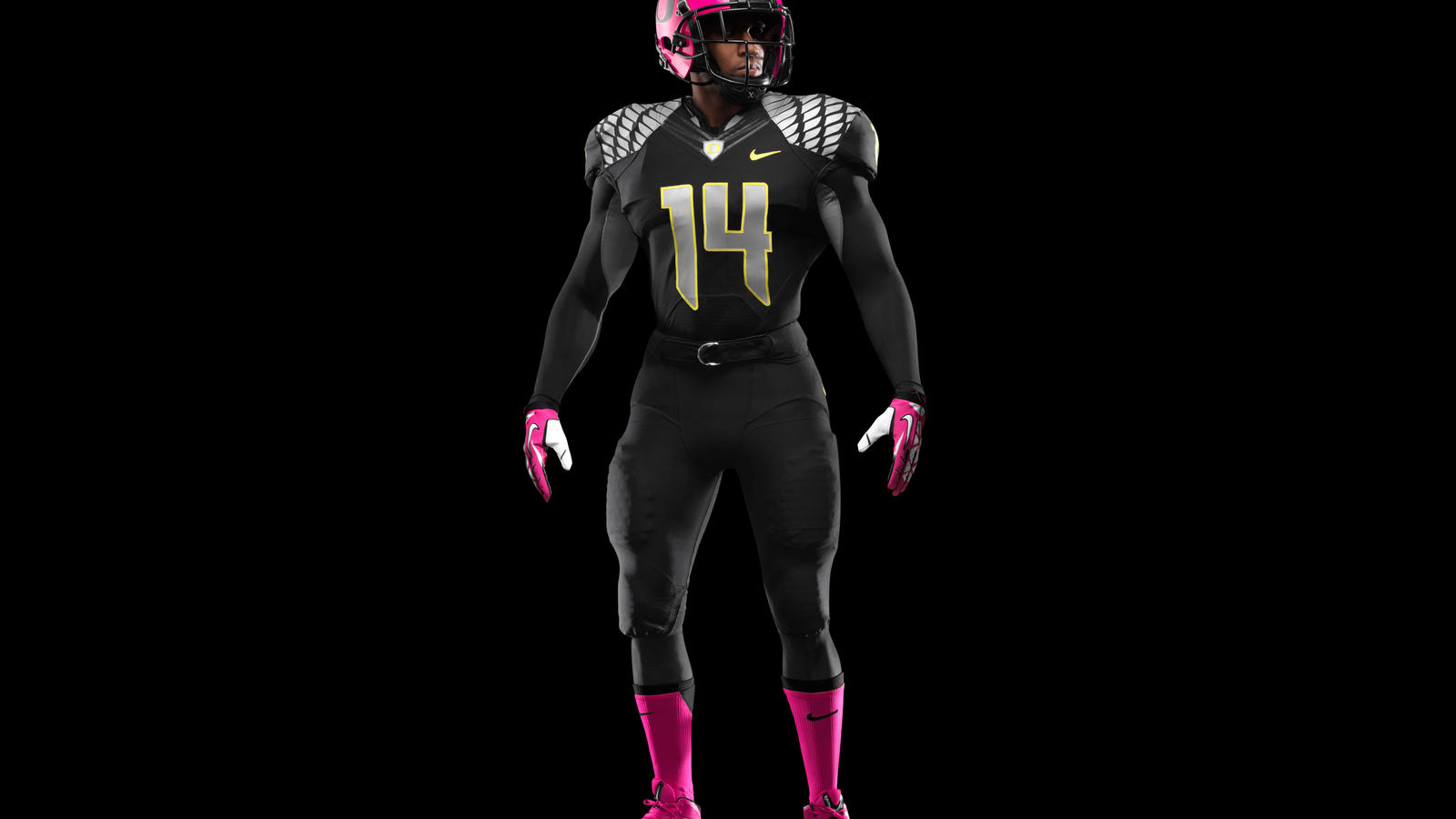 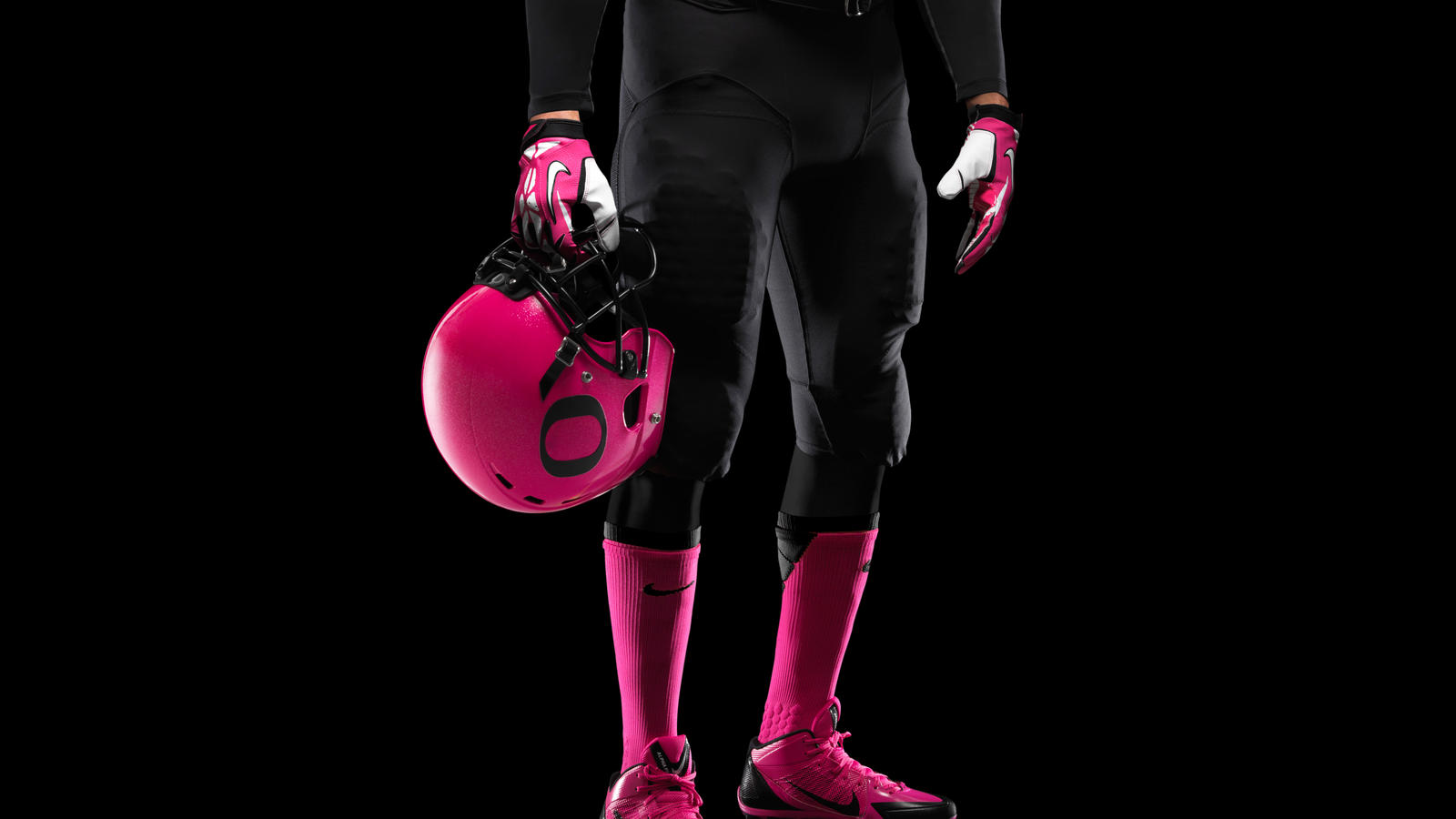 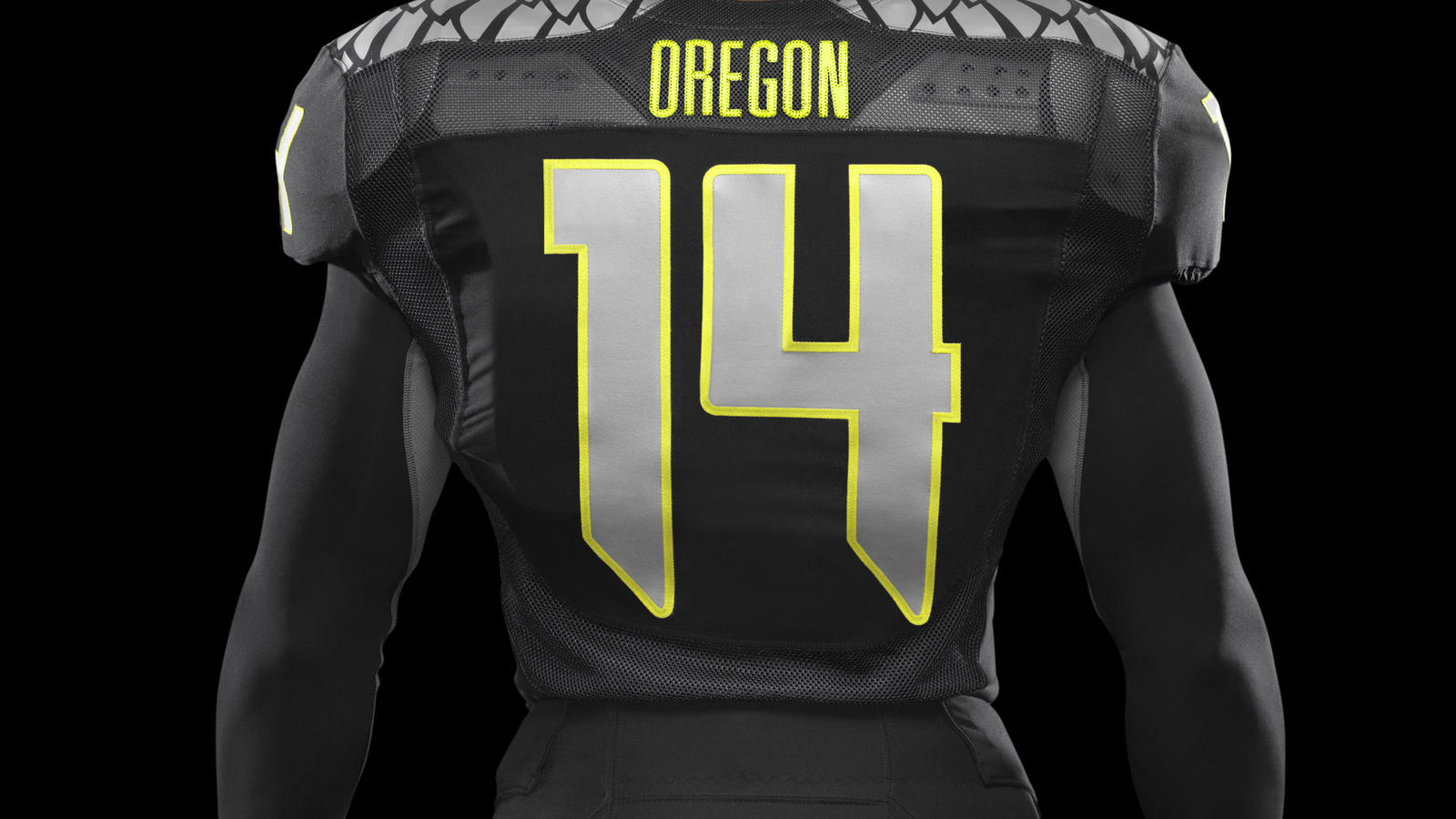 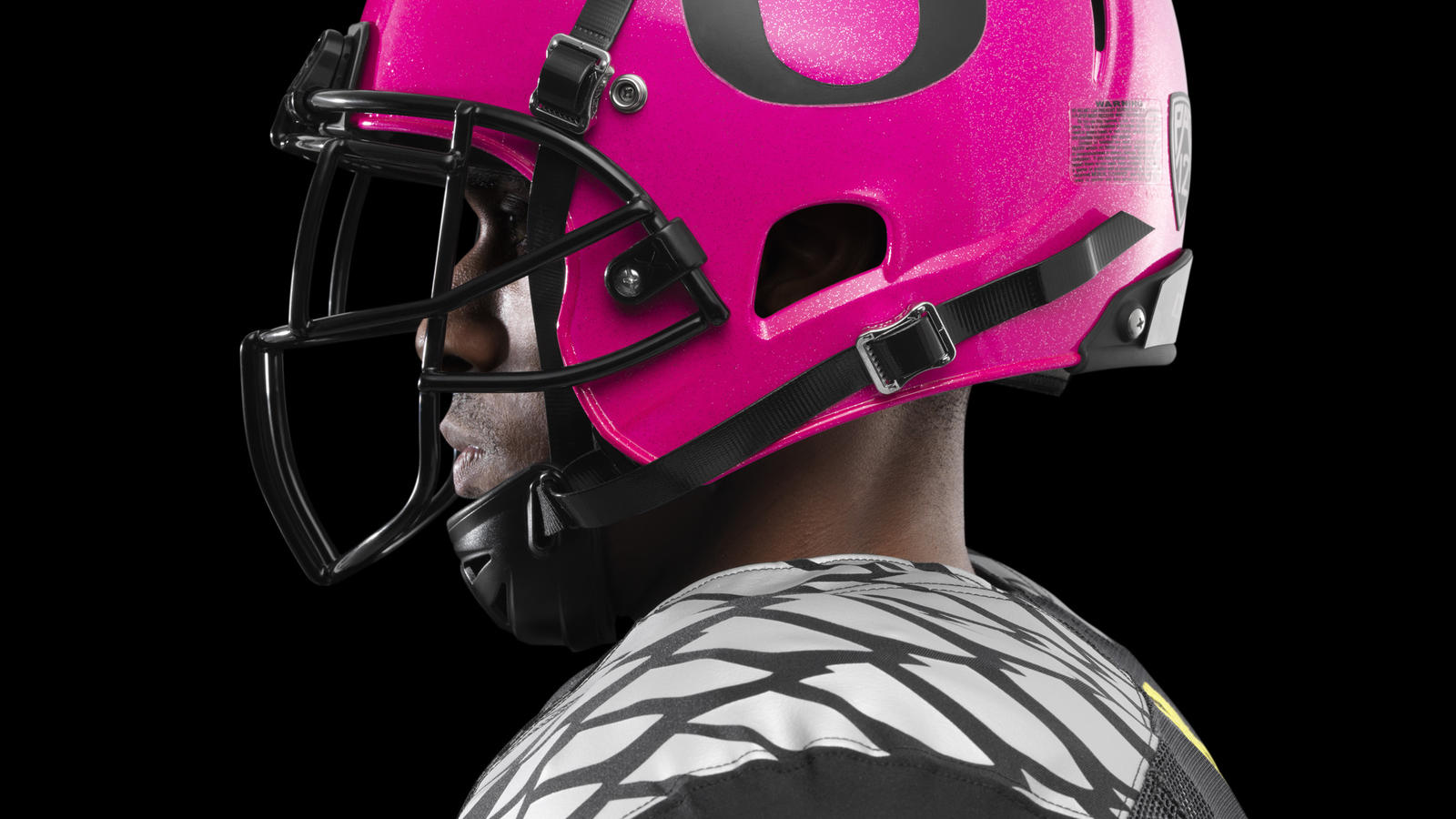 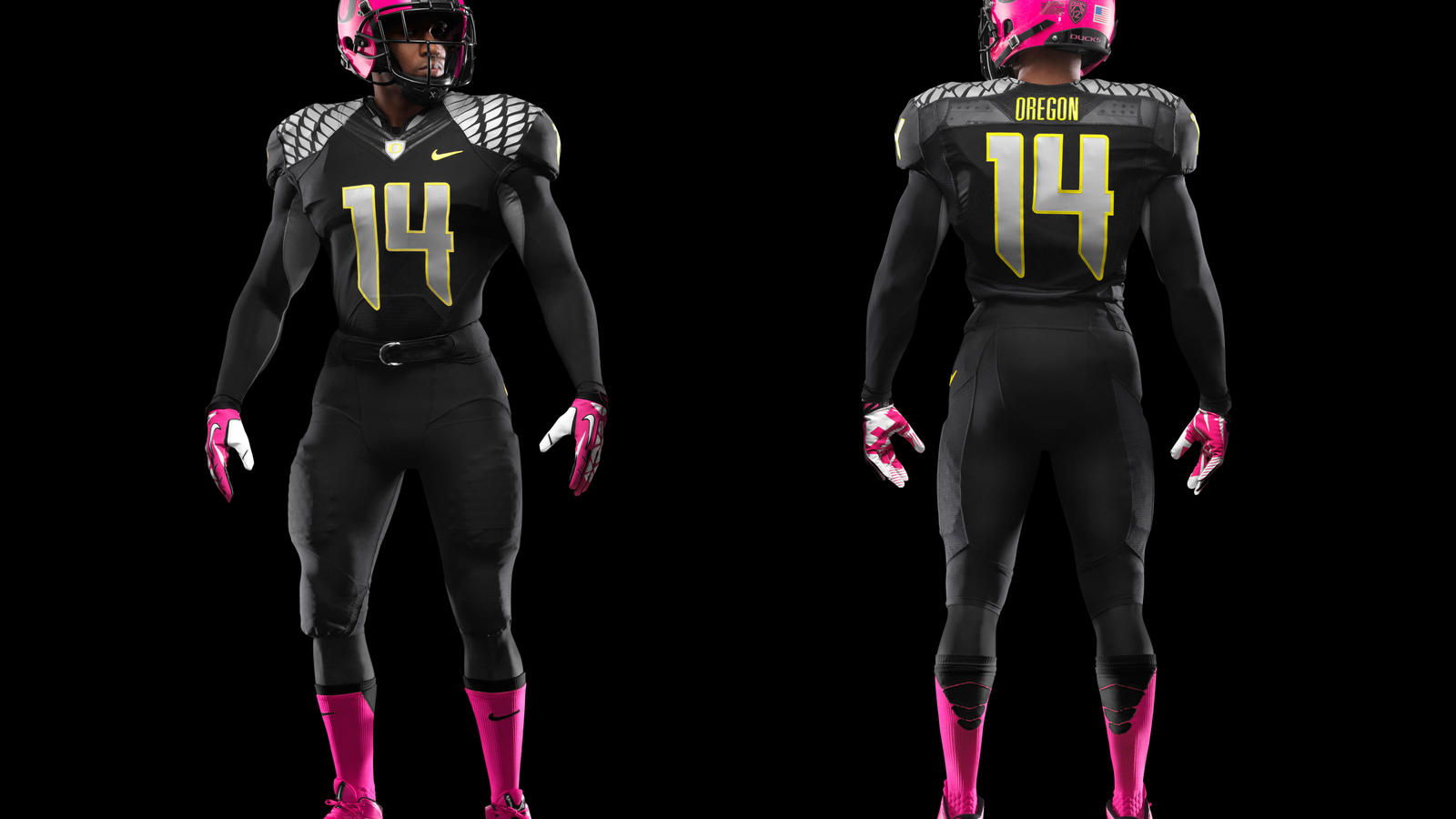 Coming together in support of a common cause, the University of Oregon will rally a larger team to battle one opponent that touches us all: cancer. The Ducks will take the field on Saturday wearing uniforms to honor cancer survivors and help raise money for the fight against women's cancers.

Nike and the University of Oregon have partnered for many years during the month of October to honor Breast Cancer Awareness. This year, the Ducks’ will wear pink Nike Vapor Talon Elite cleats, pink Nike Vapor Carbon Elite socks and pink Vapor Jet gloves in combination with their black Nike Pro Combat uniform system. In addition, this year the Ducks will punctuate their look with bold pink helmets. The special edition BCA uniforms are designed to raise awareness and funds for the Kay Yow Cancer Fund as the team stands united in their support to help find a cure for women’s cancers.

“Cancer has touched so many lives and hopefully, together with Nike and the Kay Yow Cancer Fund, we can help create awareness and help raise money for the fight against women’s cancers,” said Oregon Football Head Coach Mark Helfrich. “It is an honor to join Coach Yow’s team in a fight that unites us all.”

Founded by former North Carolina State University head women's basketball Coach Kay Yow, the Kay Yow Cancer Fund is committed to finding an answer in the fight against women's cancers. Coach Yow believed strongly that coaches share not only a community, but should also share in a cause much larger than any game.

“Coach Yow knew that if motivated coaches, their student-athletes and a dedicated community came together, they could enact meaningful change on and off the playing field,” said Sue Donohoe, executive director, Kay Yow Cancer Fund. “The collaboration between Nike, the University of Oregon and the Kay Yow Cancer Fund exemplifies this spirit of teamwork and generosity, and will enable the Kay Yow Cancer Fund to continue its battle against women’s cancers.”

In support, Nike and the University of Oregon will auction a limited number of the Ducks’ pink helmets to raise funds in support of the Kay Yow Cancer Fund with all proceeds from the auction donated to the Kay Yow Cancer Fund. At kick-off on Saturday, October 19, five helmets will be released each day for five consecutive days, including autographed versions by University of Oregon Head Coach Mark Helfrich and Oregon legends Dan Fouts, Joey Harrington, Ahmad Rashad and Phil Knight.

The individual auctions can be accessed via www.kayyow.com/ducks and will each last for 48 hours between October 19 – October 25. The first auction will begin at kick-off on October 19 (7:00pm PST / 10:00pm EST), with each consecutive auction beginning 48 hours later.

Log on to www.kayyow.com/ducks for additional details and to participate in the auction.

ABOUT THE KAY YOW CANCER FUND: