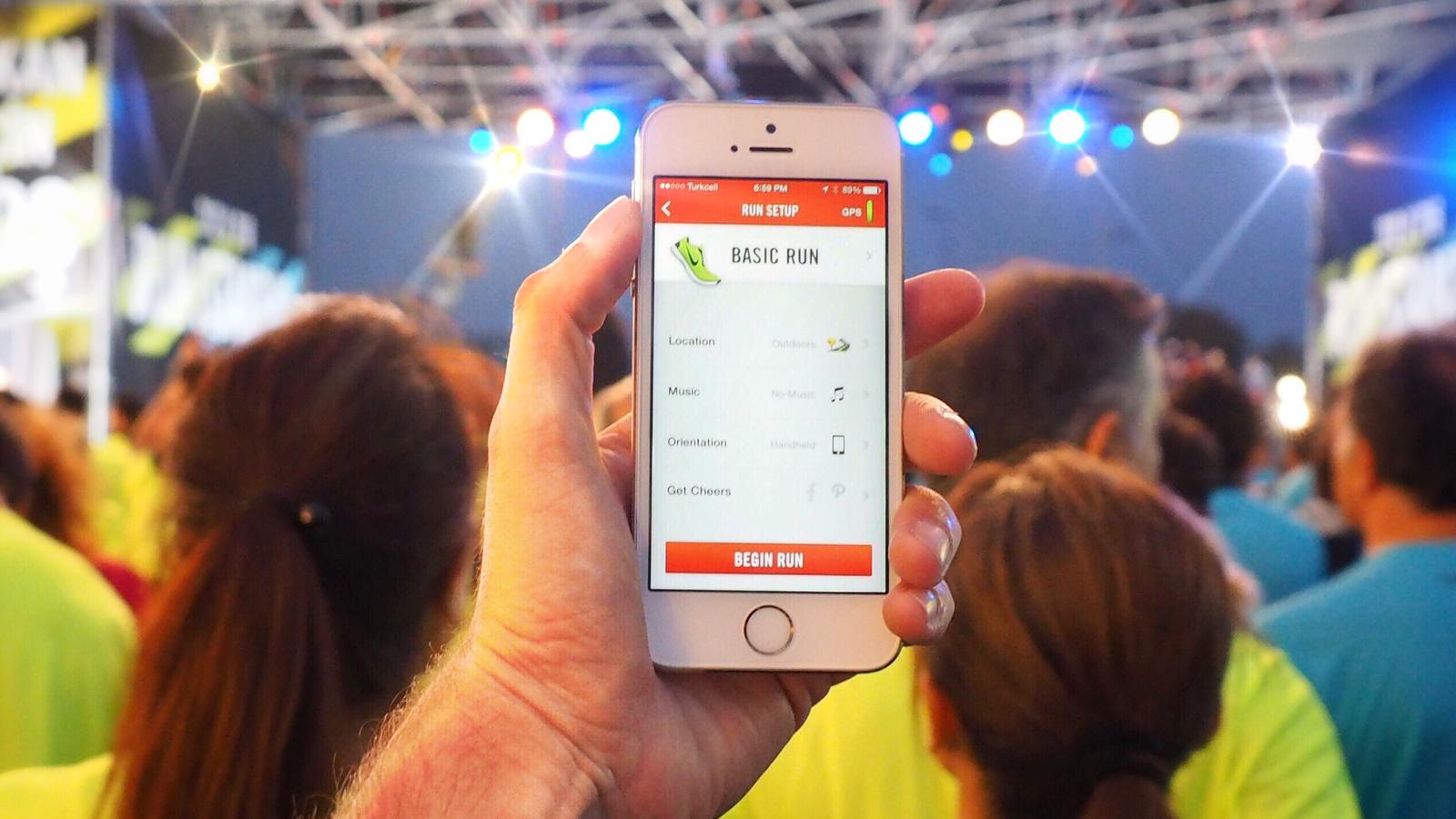 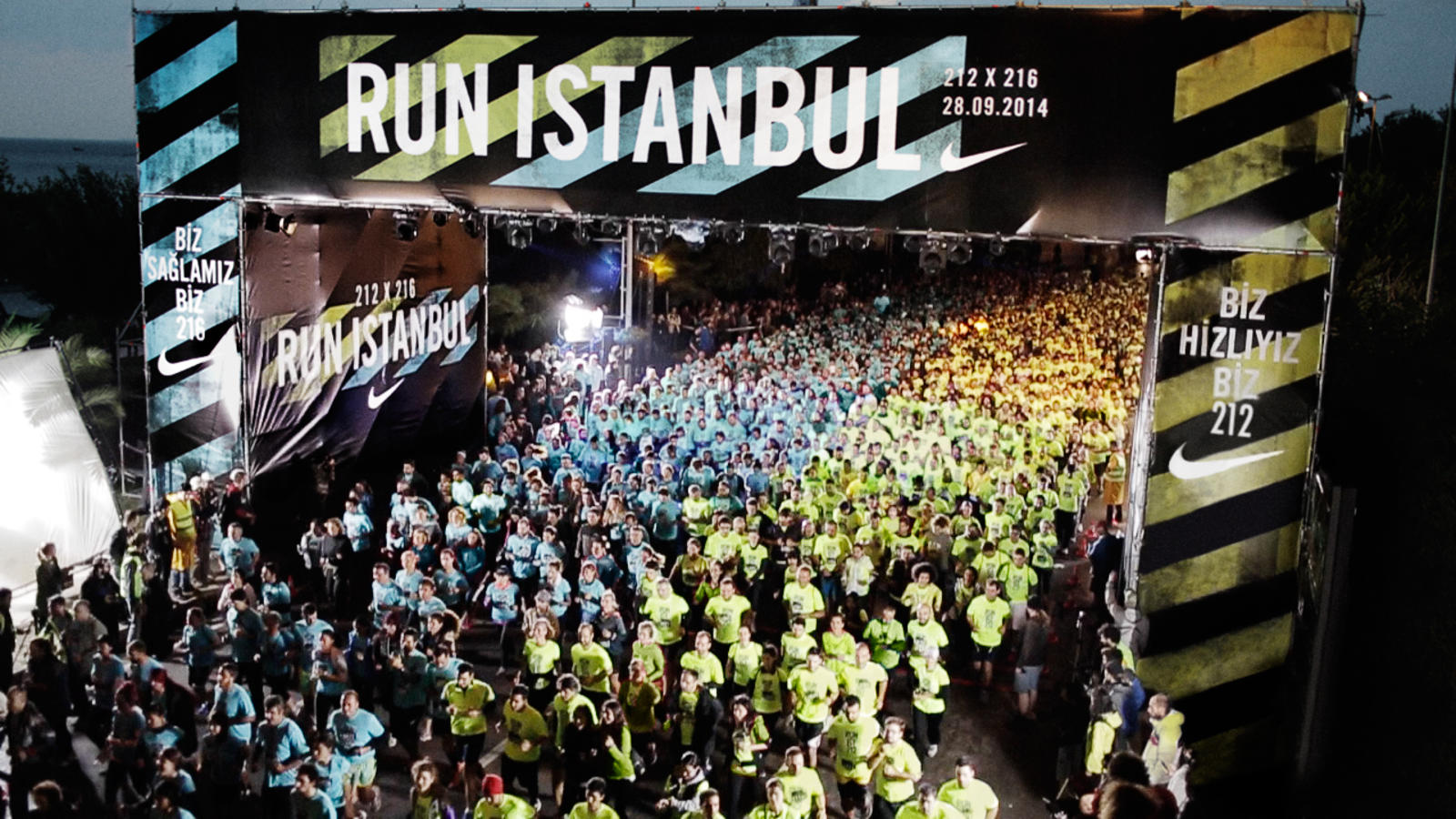 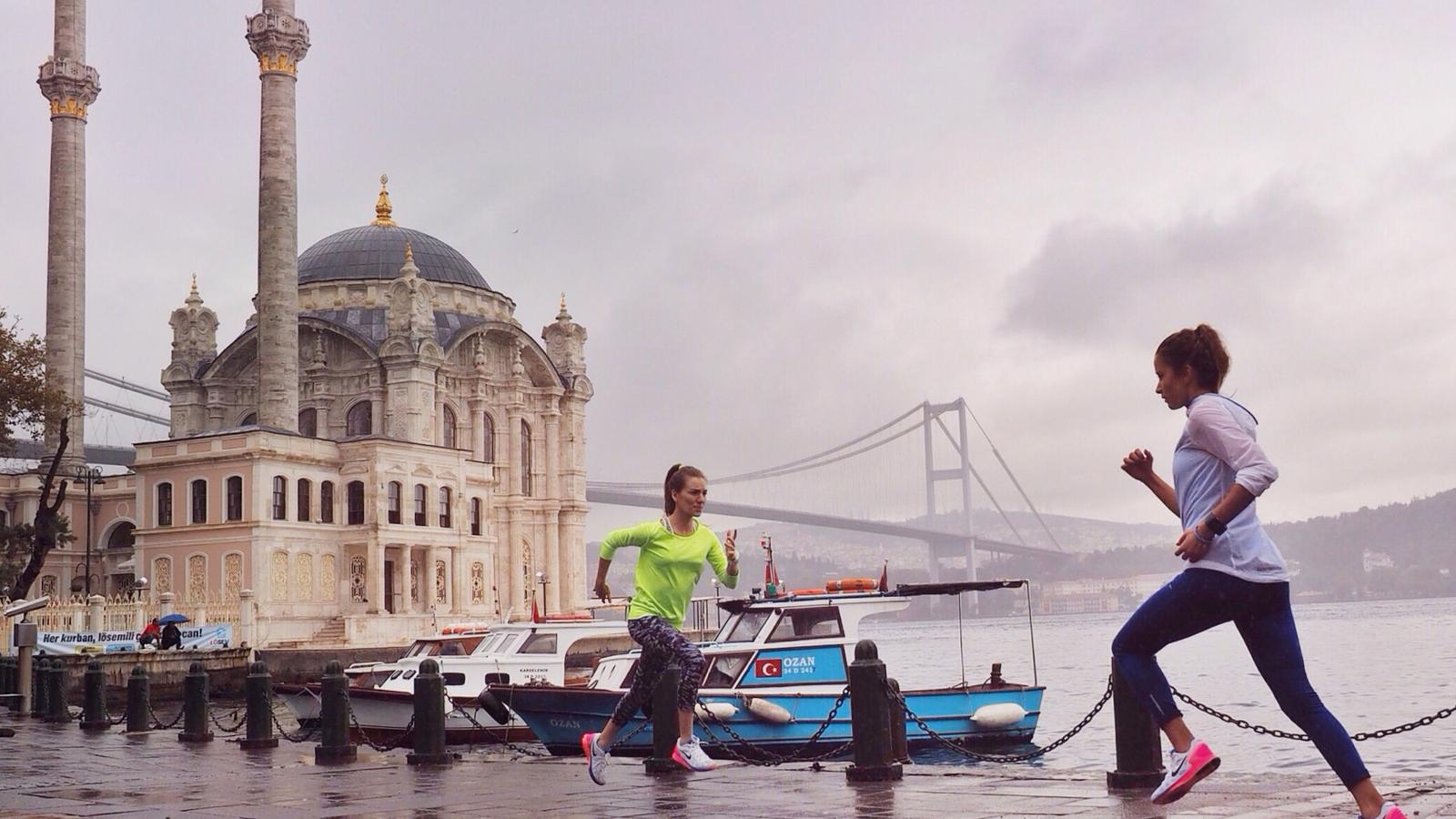 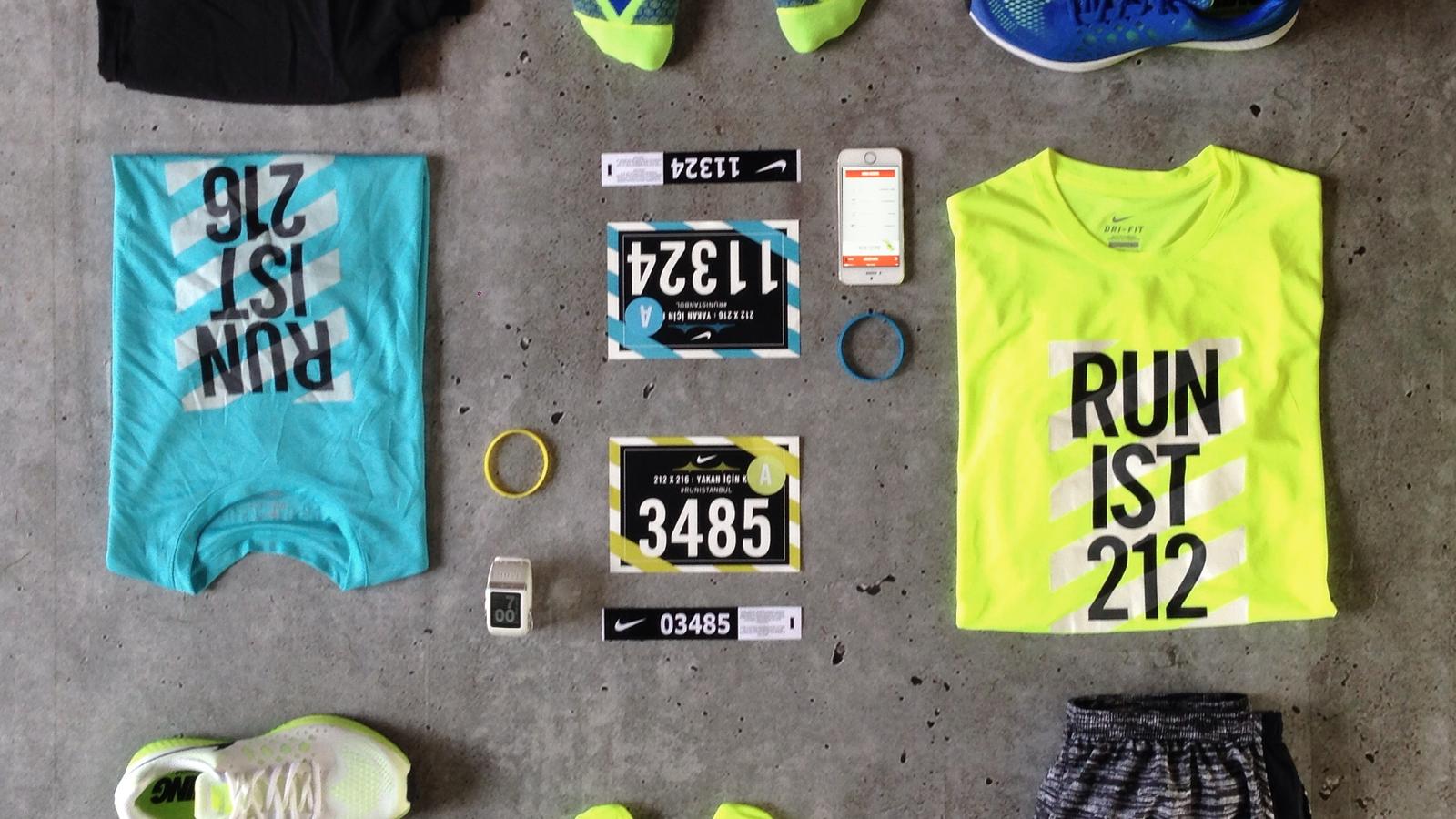 After 3 years of supercharging running culture Turkey’s biggest city, Nike’s Run Istanbul race series continues to challenge runners in new and exciting ways.  Tapping into the friendly rivalry between the European and Asian sides of the city, this year’s runners were invited to participate in a 212 vs 216 virtual Nike+ challenge to fuel their training program on the way to race day.  During the 40-day challenge runners logged in 35000 kilometers, a distance that equals almost 4 times the length of Turkey’s land and sea boarders. Runners from the city’s 212 area code (European side) ran 2000KM more than their 216 area code (Asian side) competitors.

As an epic finale to the a summer of running thousands of runners gathered on 28 September at the starting line of the Run Istanbul 7k wearing contrasting blue and volt t-shirts representing the respective continents.  Europe’s “212 Crew” dominated race day, completing the distance 17 seconds faster than Asia’s “216 Crew” with an average pace of 6,09 minutes per kilometer.

More than any other sport, running embraces the culture and atmosphere of the countries, cities and neighborhoods where the sport comes to life. The European side of Istanbul is known for its busy, contemporary and social nature and Nike+ challenge data proves that, in general, this area of the city is more active. While the easygoing and less crowded Asian side provides great infrastructure for longer workouts; on average 216 runners were logging in 1.3 kilometers longer distances per average run.

About the Nike We Run Series

Run Istanbul is a part of the global Nike We Run series hosted by 14 cities across Europe, Latin America and Asia and ranging in distances from 7K to a full marathon.   Hosted for the 6th time and tailored to each individual host city, We Run races this year will reach more than 140 000 runners.

The pre-race 212 VS 216 challenge was enabled by the Nike+ Running App that provide athletes worldwide with the motivation, inspiration and coaching they need to train for races no matter the distance.

Nike+ Running acts as a personal best trainer, with features including Nike+ challenges that invite runners to compete with their friends.

Istanbul runners are part of a 30-million strong Nike+ global community who together have logged over 1.7 billion kilometers. Collectively, this season's We Run athletes will clock approximately 1.5 million kilometers—the equivalent of running the equator 39 times.