Of all the positions in football, wide receivers often seem to have the best style. They match flash with finesse and grace with guts. 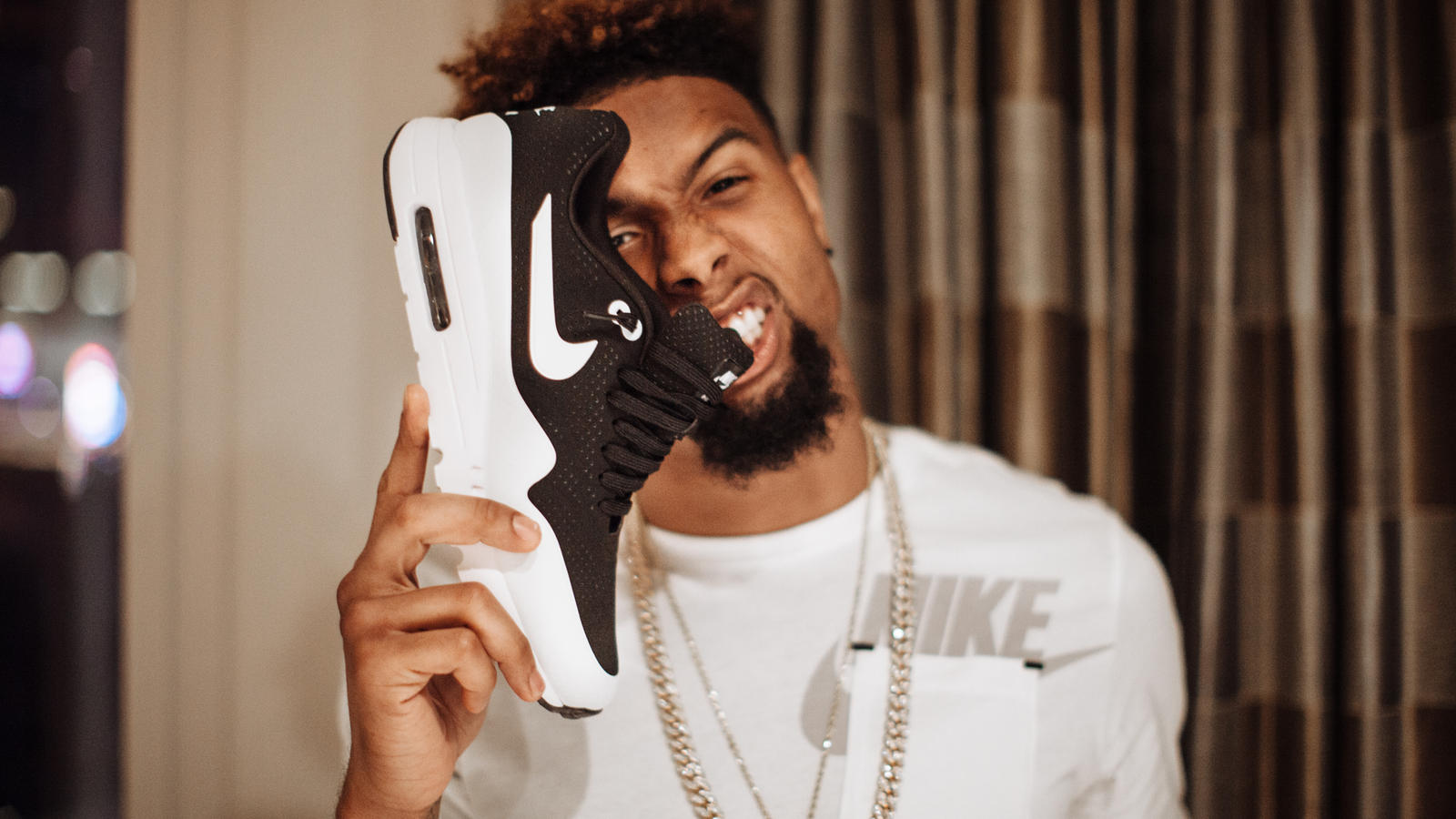 Perhaps no player exemplified this bravado better last season than Odell Beckham Jr. The New York wide receiver earned offensive rookie of the year honors in a season highlighted by an acrobatic one-handed catch that proved the impossible is possible.

But while Beckham Jr.’s hands get all of the recognition, it’s his feet that earn his attention. 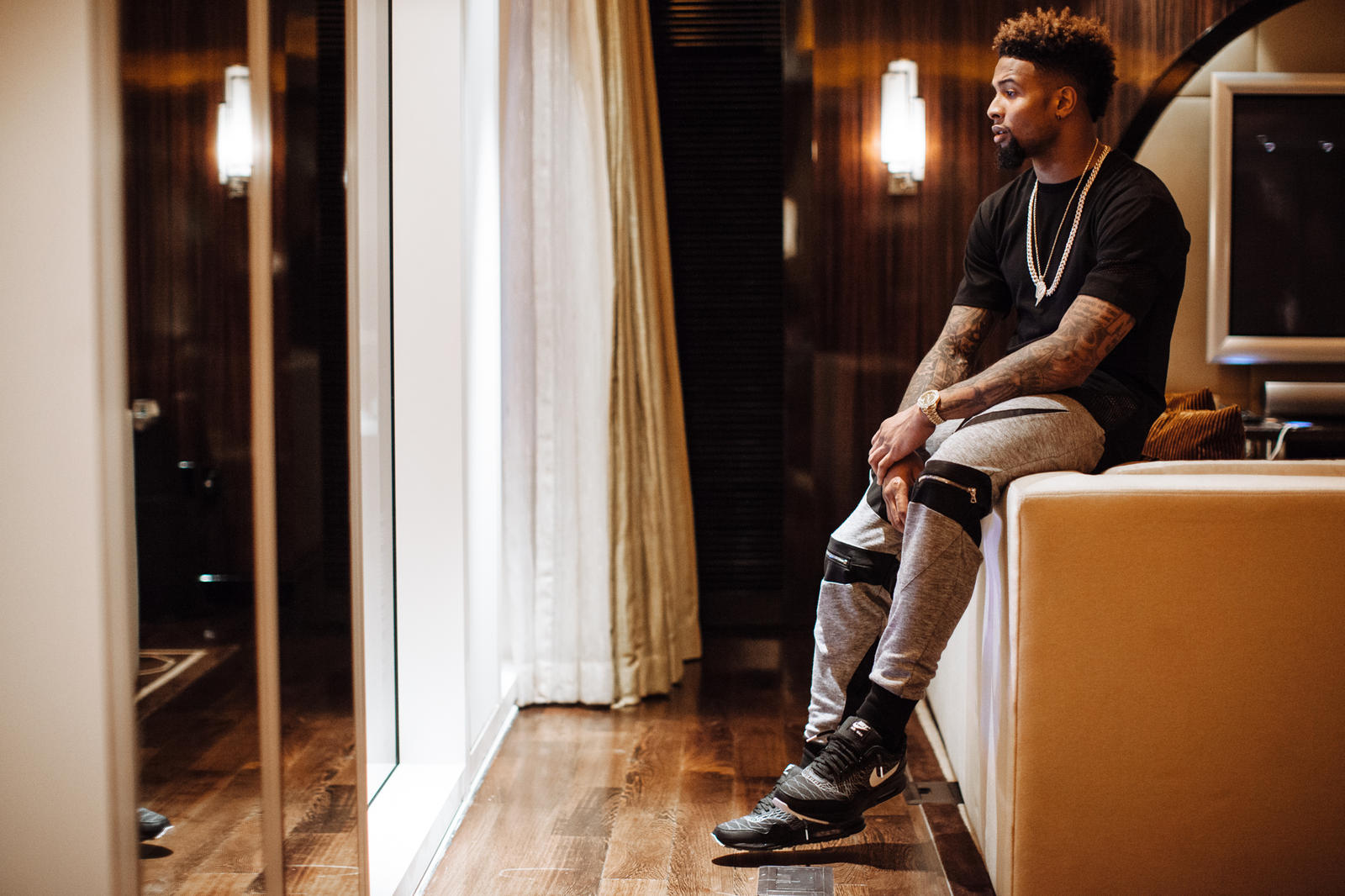 “I've been a sneakerhead since my feet could fit in some shoes,” Beckham Jr. says. “I remember in high school buying a lot of Nike sneakers and a lot of Air Max 1 shoes. I think I bought every Air Max 1 there was on the site just because it's such an easy shoe to wear. You can throw it on with anything.”

For the Louisiana native, sneakers are a critical part of his everyday look. So when he had the opportunity to meet Las Vegas style leader Valerie Julian during a recent trip to the desert, Beckham Jr. didn’t hesitate.

Julian is the co-owner of Fruition Las Vegas, a curated shopping destination. The store features an edited selection of apparel based in large part on Julian’s refined taste. She brought this expertise to her meeting with Beckham Jr. 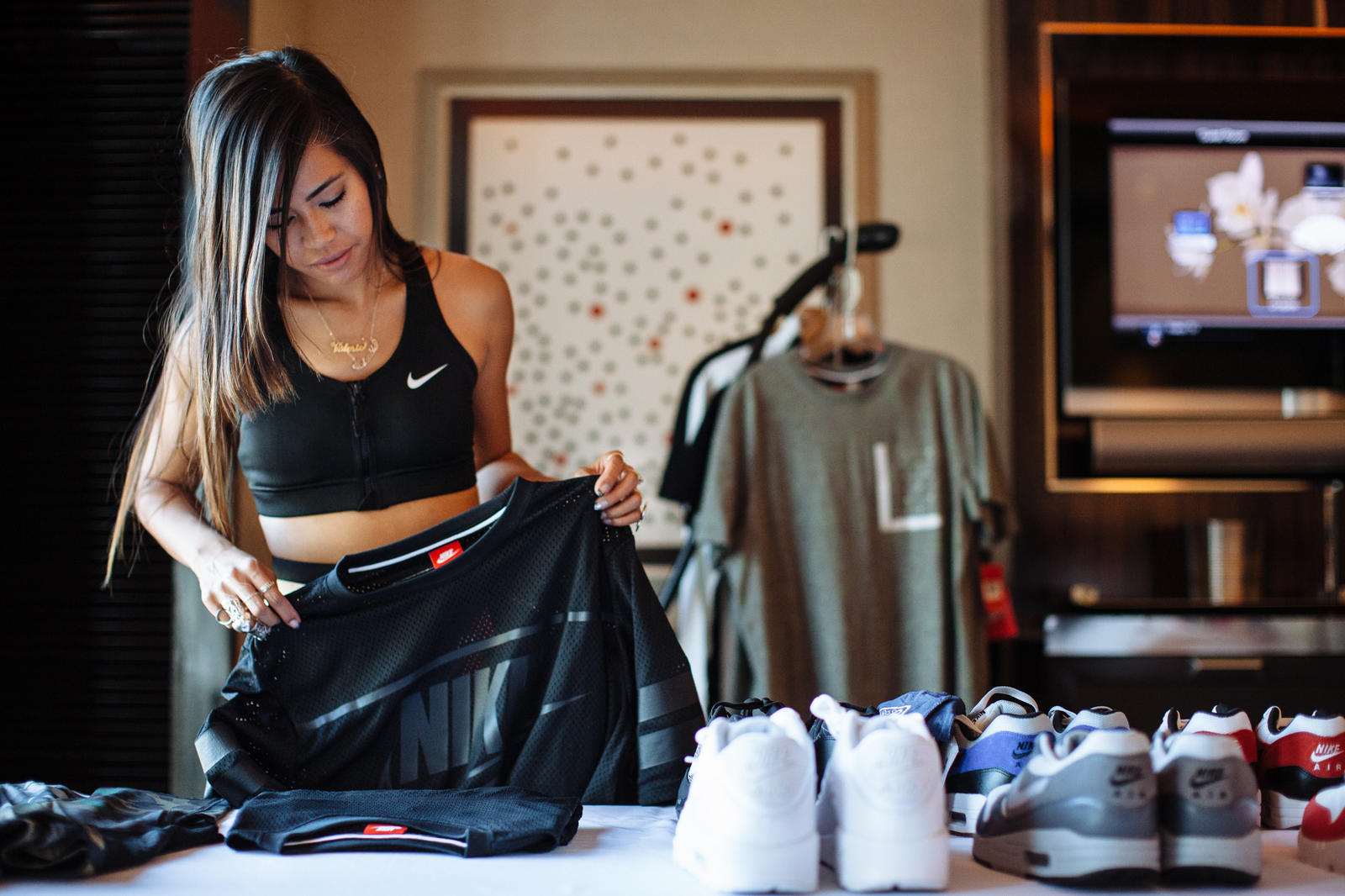 “I did my research, of course, and made sure that I brought items, colorways and prints that would speak to Odell and his personal style,” Julian says. “I made sure to balance minimal looks with extreme graphics and extreme bold prints. It was important to be able to have a well-curated selection that hit every type of aspect and facet that he might be into.”

This meant putting outfits together from the Air Max up. 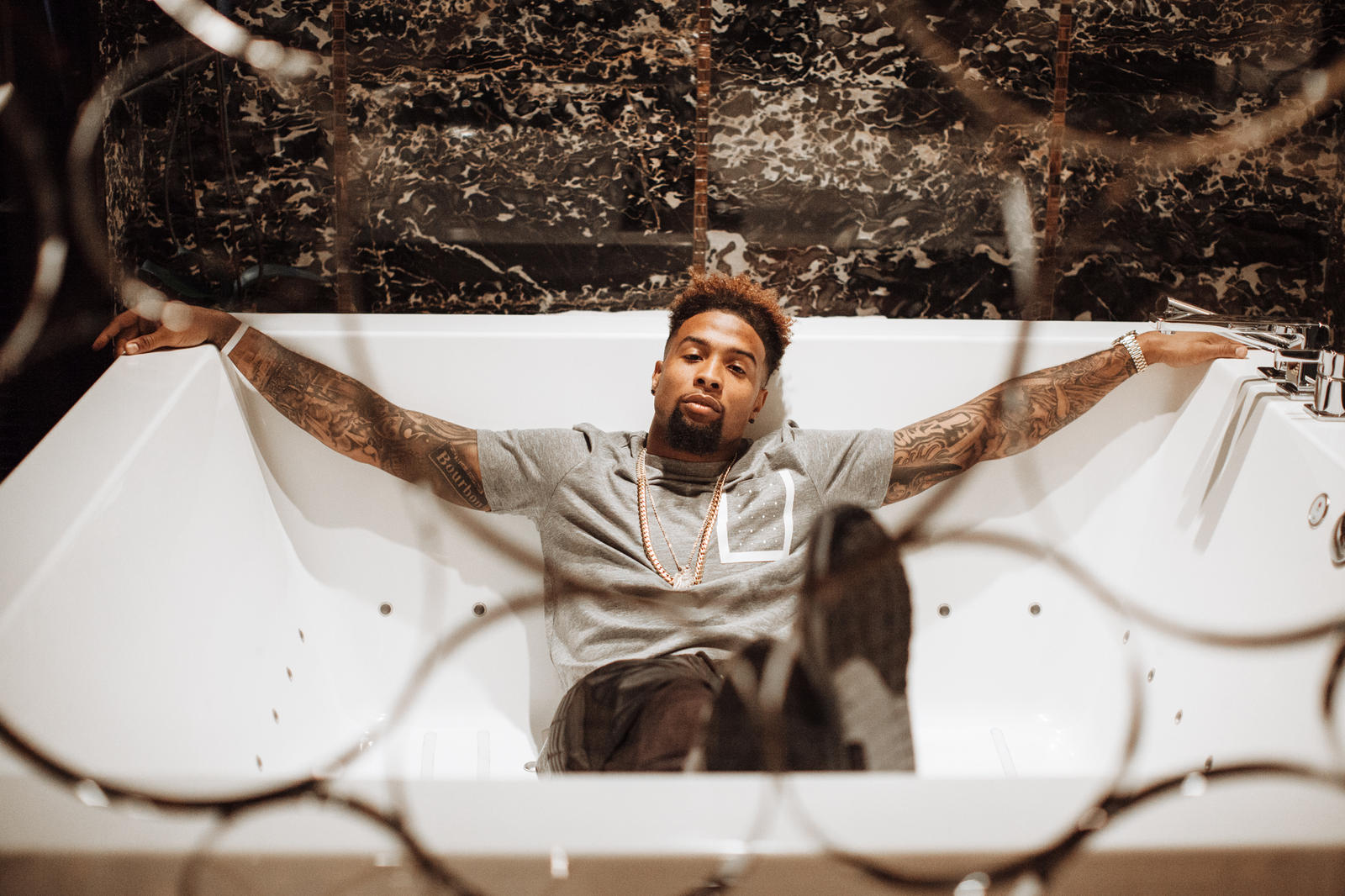 “There's no better feeling than putting sneakers on and seeing that you’ve completed your outfit,” Beckham Jr. says. “You look down, you see what you've got on, and you just feel confident.” 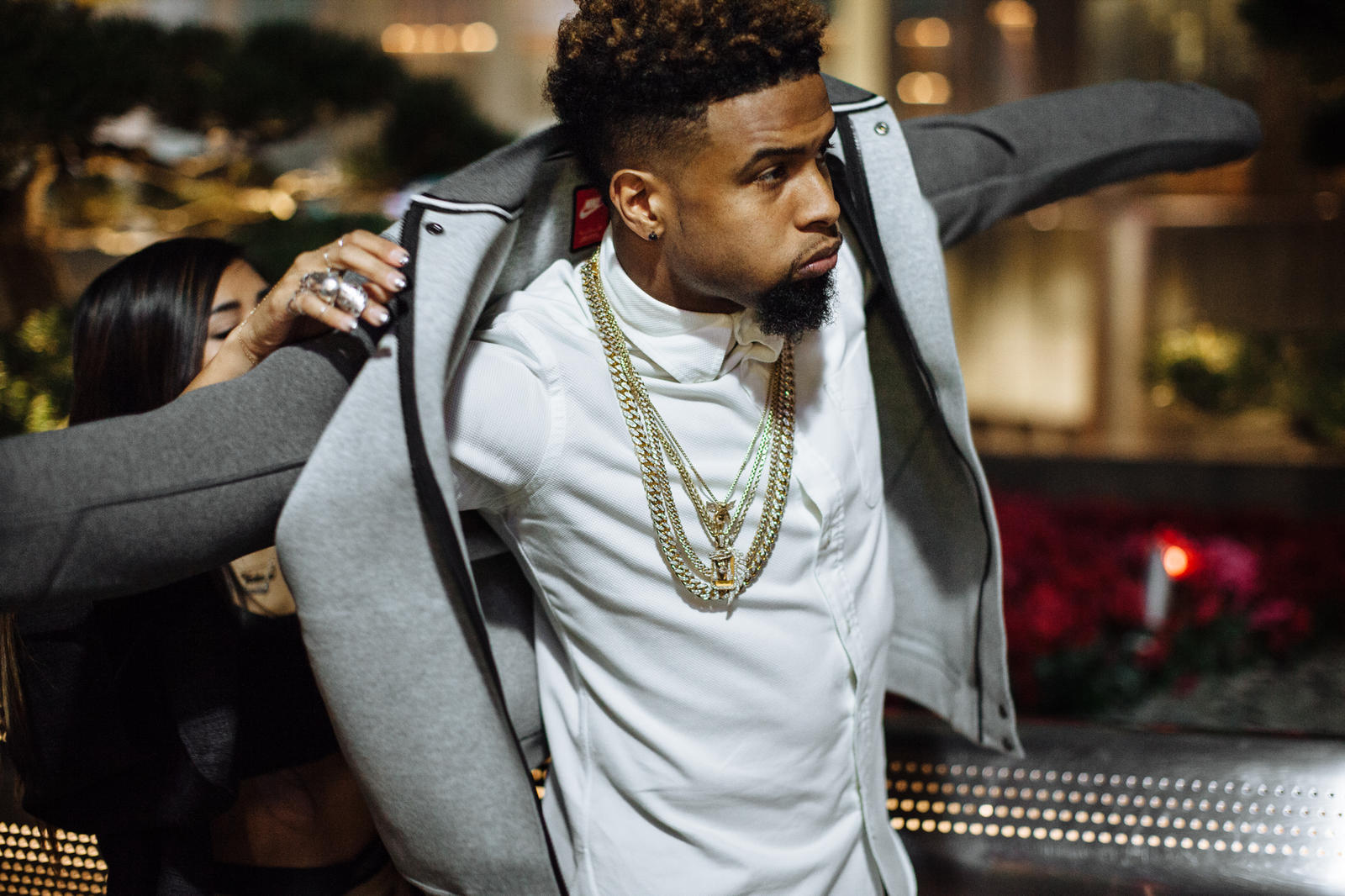 Julian agrees that confidence often stems from what one chooses to wear.

Julian and Beckham Jr. own more than 400 sneakers between them. With a passion for shoes as common ground, the two became fast friends. 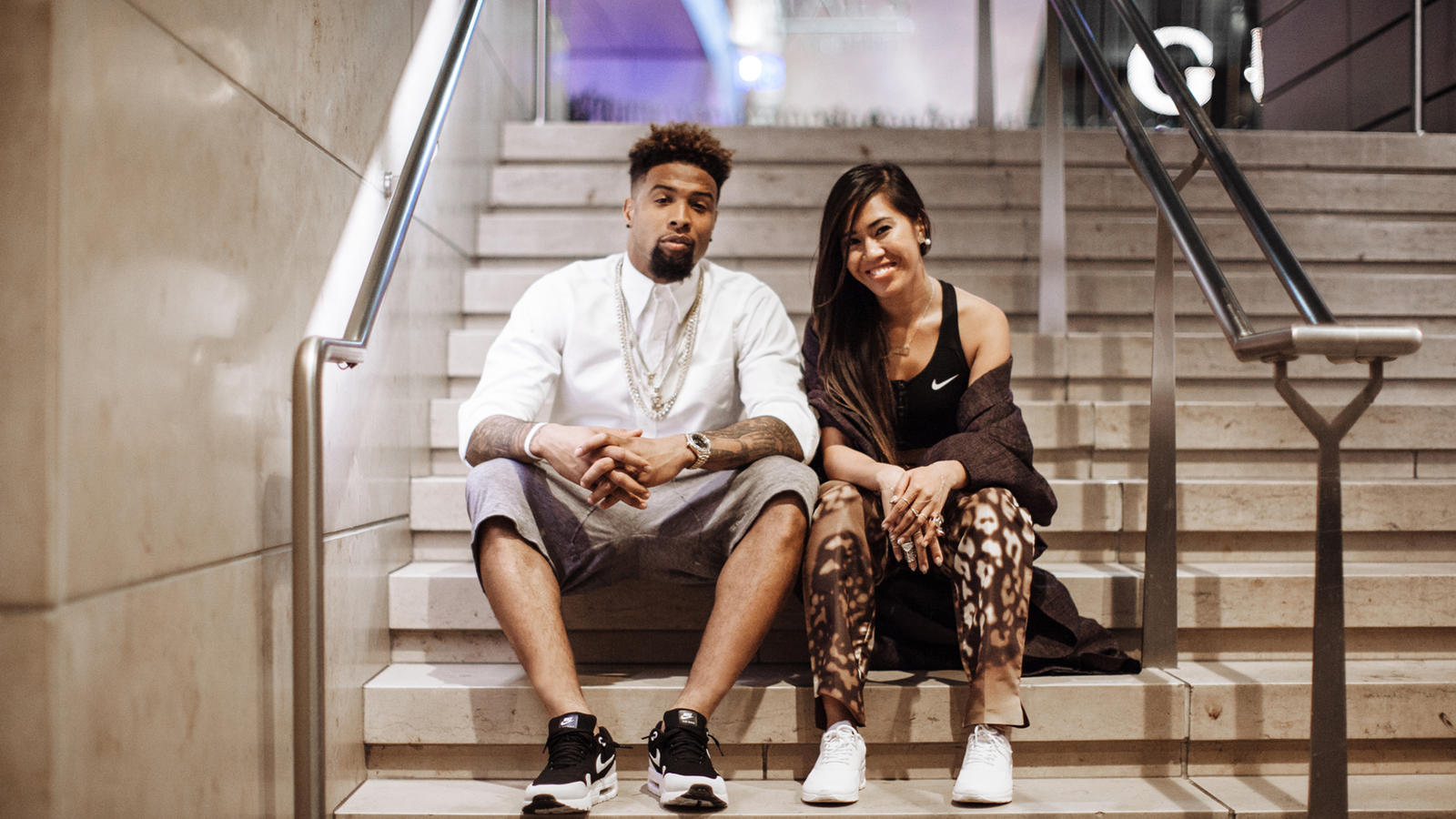 “I think it's such a beautiful way of expressing yourself, through shoes,” Beckham Jr. says. “It's a way to bond. You see somebody dressed up, they're swagged out. They're fly. And then you look at their feet, and they've got some fly shoes on. You like to dress like that, so you automatically have a connection.”