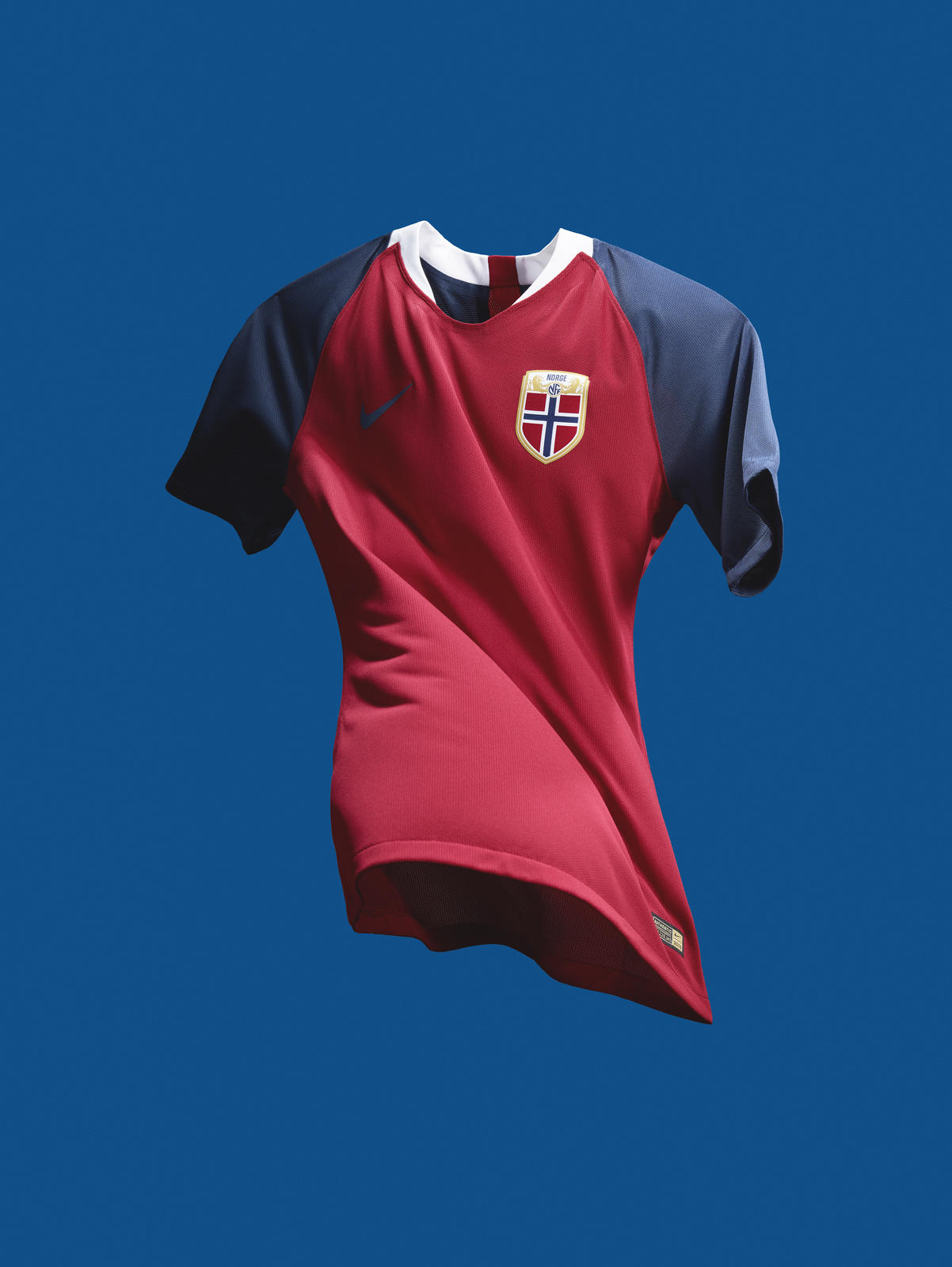 For the Norwegian national team, the sides of the 1990s remain the benchmark for success, when legends like Ole Gunnar Solskjær and Tore André Flo set the standard for future generations of male players. And it was at this time that the women's national team embarked on a decorated run that now includes World, European and Olympic championships.

The class of 2018 is talented, ambitious and determined to create new memories for a nation where football remains the greatest sporting passion. Additionally, last December's historic agreement that guaranteed equal pay for Norway's male and female internationals created a new standard in global football.

Nike’s new collection for the Football Association of Norway taps into the current squads' trailblazing vibe while offering a nod to the glory days of Norwegian football. Based on the kits worn by Solskjær and Flo, the new home shirt features a deep red body and navy blue shoulders and sleeves.

Nineteen-year-old Martin Ødegaard, Josh King and the rest of the Norwegian men's team will debut the new home kit during today's match at Ullevaal Stadion in Oslo.