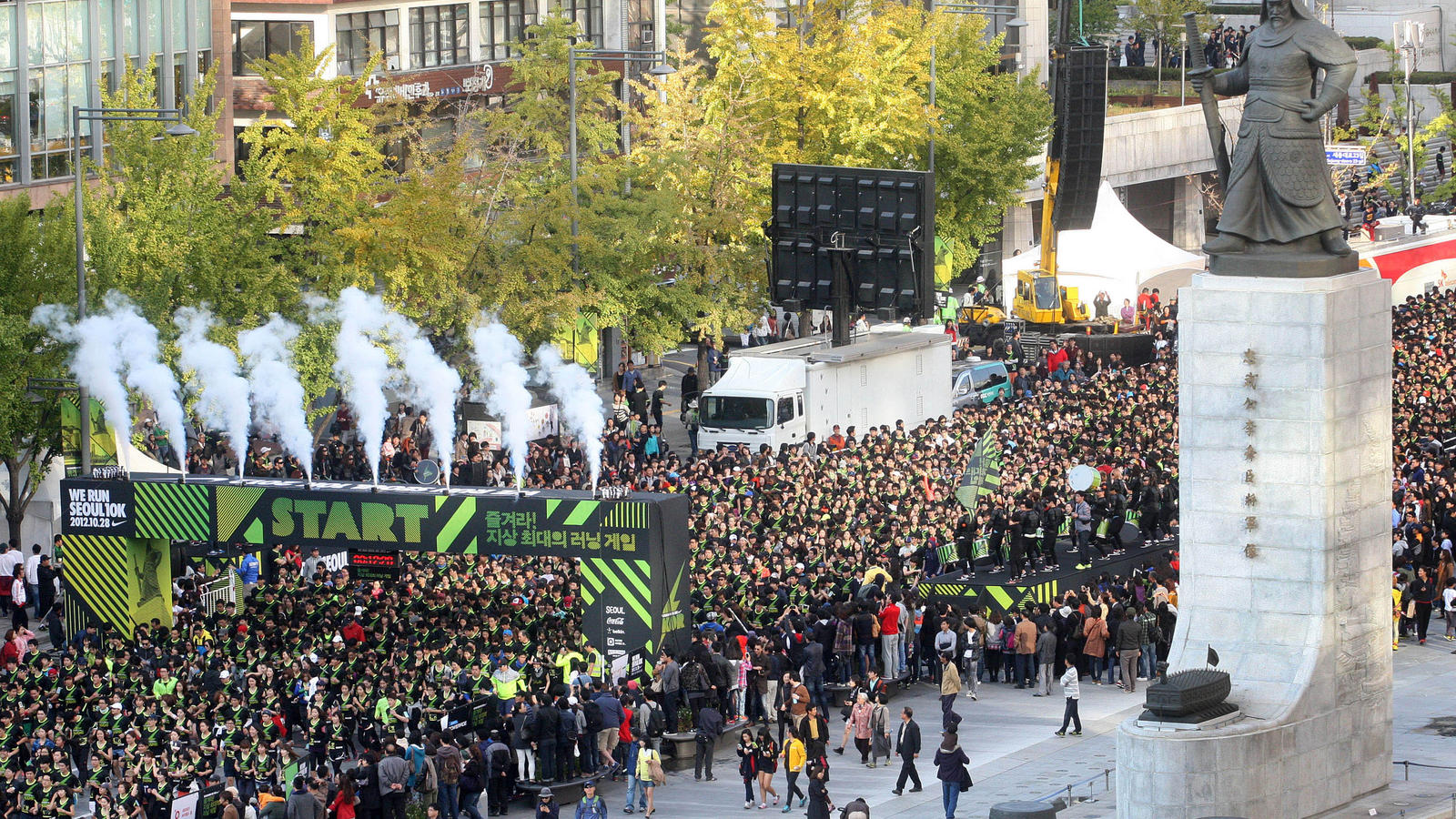 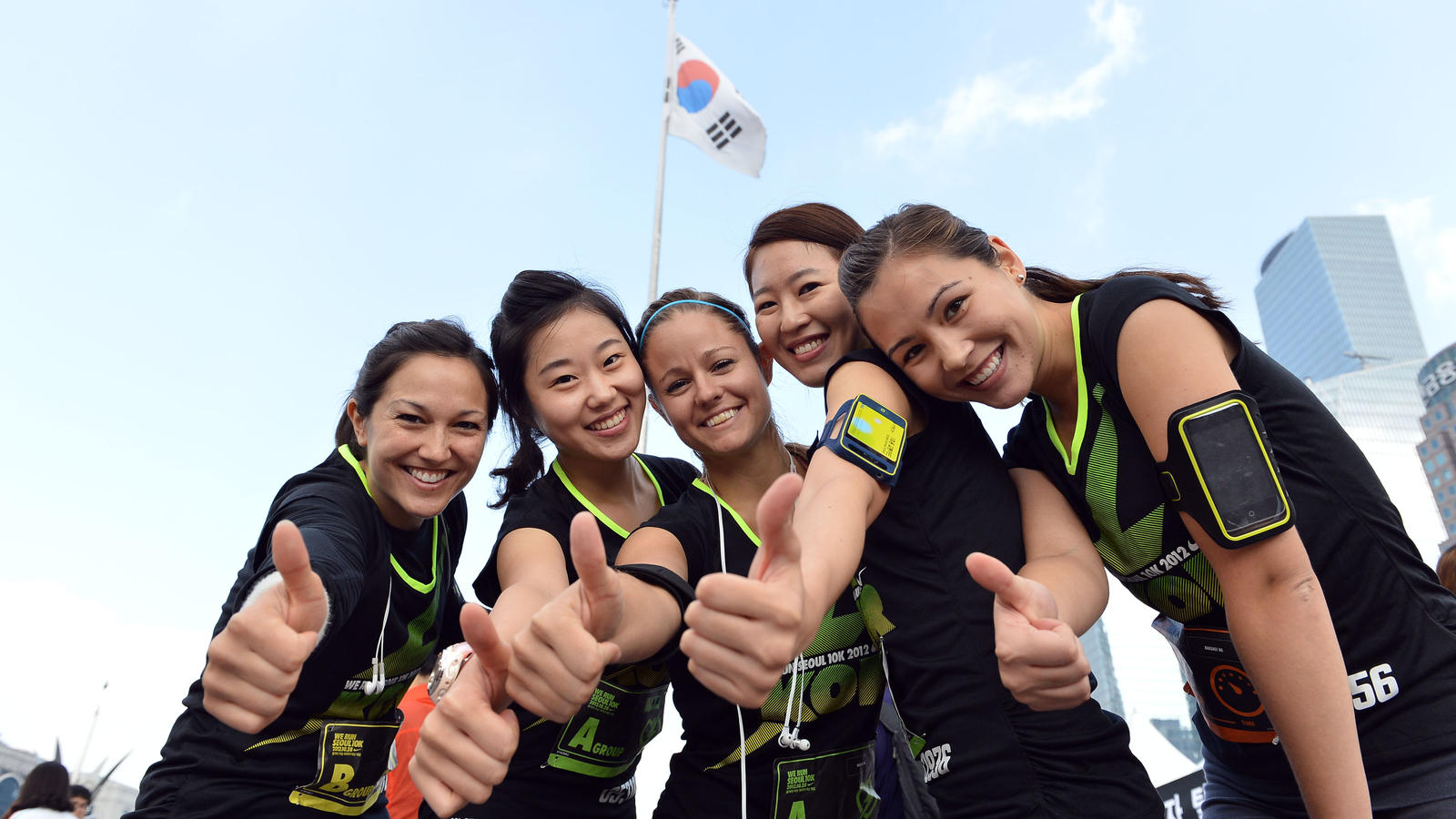 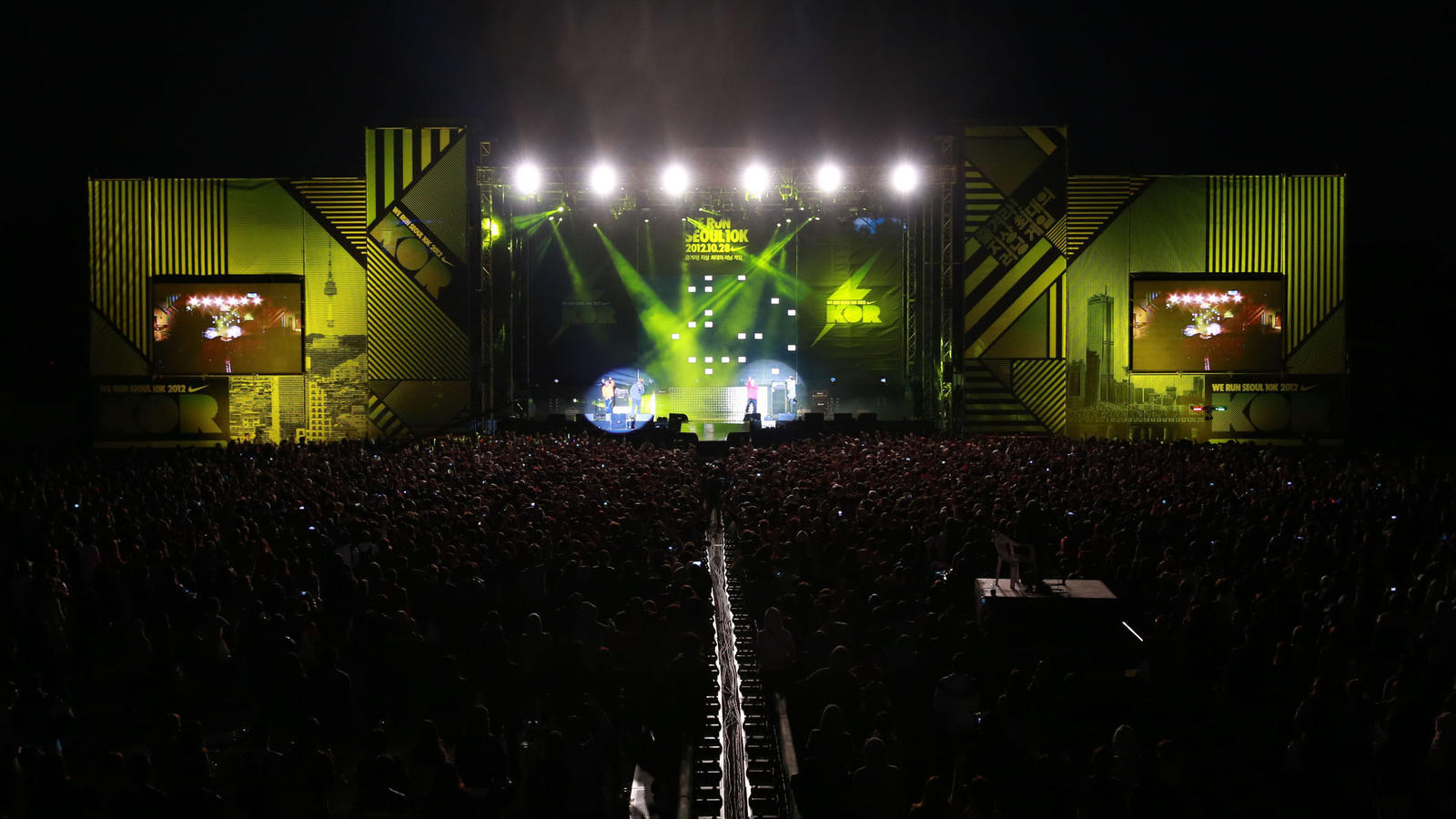 Seoul, Korea, October 28, 2012.-- We Run Seoul was the hottest ticket in town this past weekend. When registration opened for the 10K a few short weeks ago, it sold out in just 12 minutes and that energy level continued to grow through race day. Thirty-thousand runners massed on Sunday afternoon in Gwanghwamun, the heart of Seoul, waiting for the start. The dramatic course crossed over the Han River on the Mapo bridge, ending in Yeoido Park where a post-race concert featured some of Korea’s most popular acts including YB, Buga Kingz and YDG.

Nike ratcheted up competition level this year by dividing the participants into three groups that competed by pace, calorie and time, mirroring the key components of Nike+ Running. Wearing their mobile phones in provided armbands, participants could check their running records and join group challenges. Winners of the group mission game won an opportunity to participate in the We Run Rio race to be held in Brasil in December.

Popular celebrities including Lee Jin Wook, Park Si Hoo, Lee Cheon Hee and ZE:A joined the after-event. All finishers received a medal and could experience an exclusive photo wall by entering their race numbers on the digital photo wall. A portion of the registration fees will be donated to the Seoul Welfare Foundation, the Green Umbrella Child Fund Korea and the Social Welfare Society. The total amount of donation is around KRW300million (US $300,000), which is the largest amount collected in a single race held in Korea.

From last August through mid December Nike’s We Run race series will involve 395,500 runners in 32 cities worldwide. The series is inspiring, supporting and connecting runners all around the world through the innovative Nike+ technology.