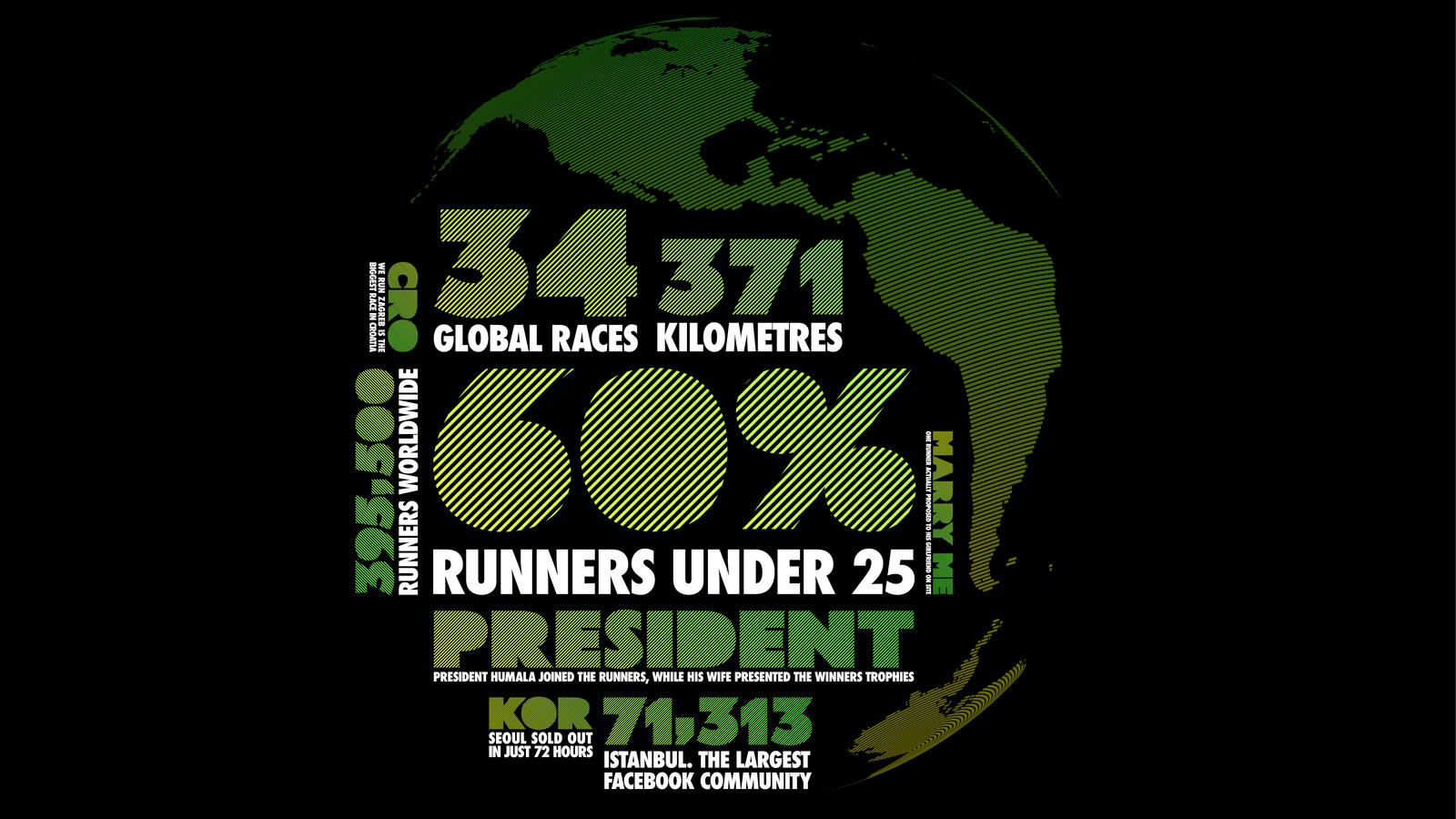 For the second year, Nike’s We Run race returns to Manila to inspire, motivate and connect runners around the world. On Dec. 2, Filipino runners will be part of the global We Run race movement, which will see a total of 395,500 runners from 34 cities participating—establishing a new global community of runners through Nike’s most connected race series using the innovative Nike+ technology. The We Run race series kicked off on Aug. 26 in Riga, Latvia, and will conclude on Dec. 15 in Santiago, Chile.

Nike’s We Run Manila 10K race will energize the streets of Pasay City with 13,000 high-octane runners expected to make tracks all over the SM Mall of Asia’s grounds. Set against the remarkable view of Manila Bay, the initial stretch of the race will let runners pass through the commercialized area of the Mall of Asia with the SMX Convention Center and the latest icon of the area, the eye-shaped SM Bay City Arena. Runners are set to leave urban commercial scenery and head towards the fields along Diosdado Macapagal Boulevard. Closing in on the halfway point of the race, runners will then pass the upcoming Belle Casino, a gold complex glistening in the morning sun. As they take a turn on Pacific Avenue and race past the same landmarks, runners will come upon the iconic Ferris wheel along Seaside Boulevard that marks the final kilometer to the finish line. The panoramic run would not be complete without an engaging en route entertainment featuring some of Manila’s top musical acts.

Meeting the runners at the finish line is the Race Village that will offer an array of services. Runners can expect to be pampered with massage booths and get recharged at any of the refreshment stalls while being entertained by the energetic musical line-up.

“Nike’s We Run race is the celebration of running across the world, the culmination of every runner’s dedication and commitment to train harder, defy expectations and push their bodies’ limits. Nike aims to revolutionize the running experience, by allowing runners to inspire, motivate and connect with other runners globally through the Nike+ Technology,” shared Sanjay Gangopadhyay, Marketing Director of Nike South East Asia. “With the second edition of the We Run race in Manila, Nike envisions Filipinos, the youth in particular, to further move the local running scene forward by leading the active lifestyle movement.”

This year, Nike is taking inspiration to a new level as runners will be able to follow two of Philippines most popular lifestyle bloggers, Robbie Becroft of robbieoffduty.com and Lissa Kahayon of lissakahayon.com who will be embarking on their first We Run race. Follow their We Run journey as they take on the challenge of preparing for Nike’s We Run MNL 10K race, blogging at each step of the journey, and witness how Nike elevates their everyday running experience with the various product offerings including the Nike+ ecosystem.

To get race-ready, Nike will organize four training sessions focusing on proper running techniques and tips. Runners will also be able to test out the Nike+ Running app (available on iOS and Android), and try out the season’s latest running products. These clinics will be led by podiatrists and Nike Training Club instructors to further educate individuals on how they can reach their potential as runners.