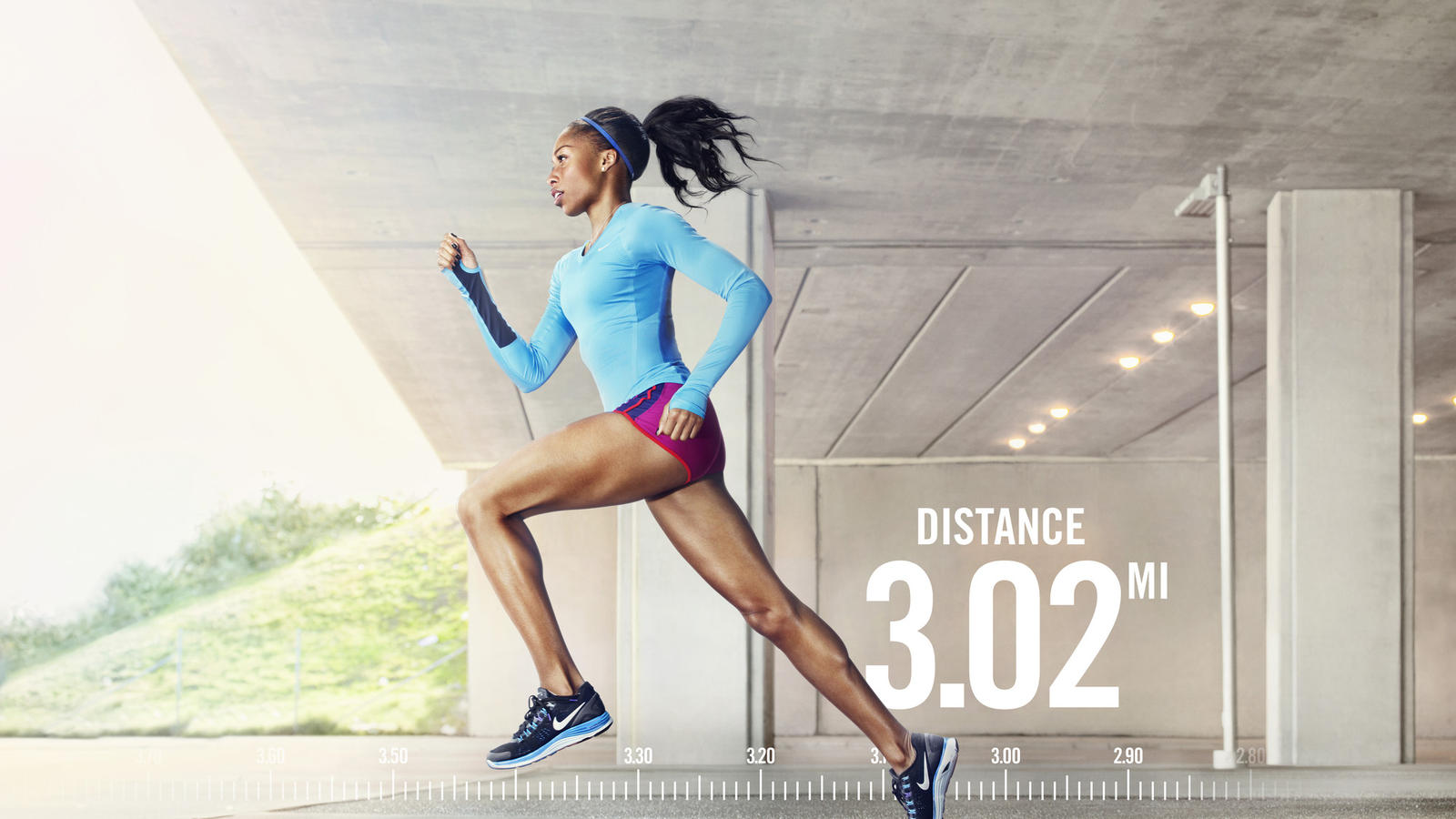 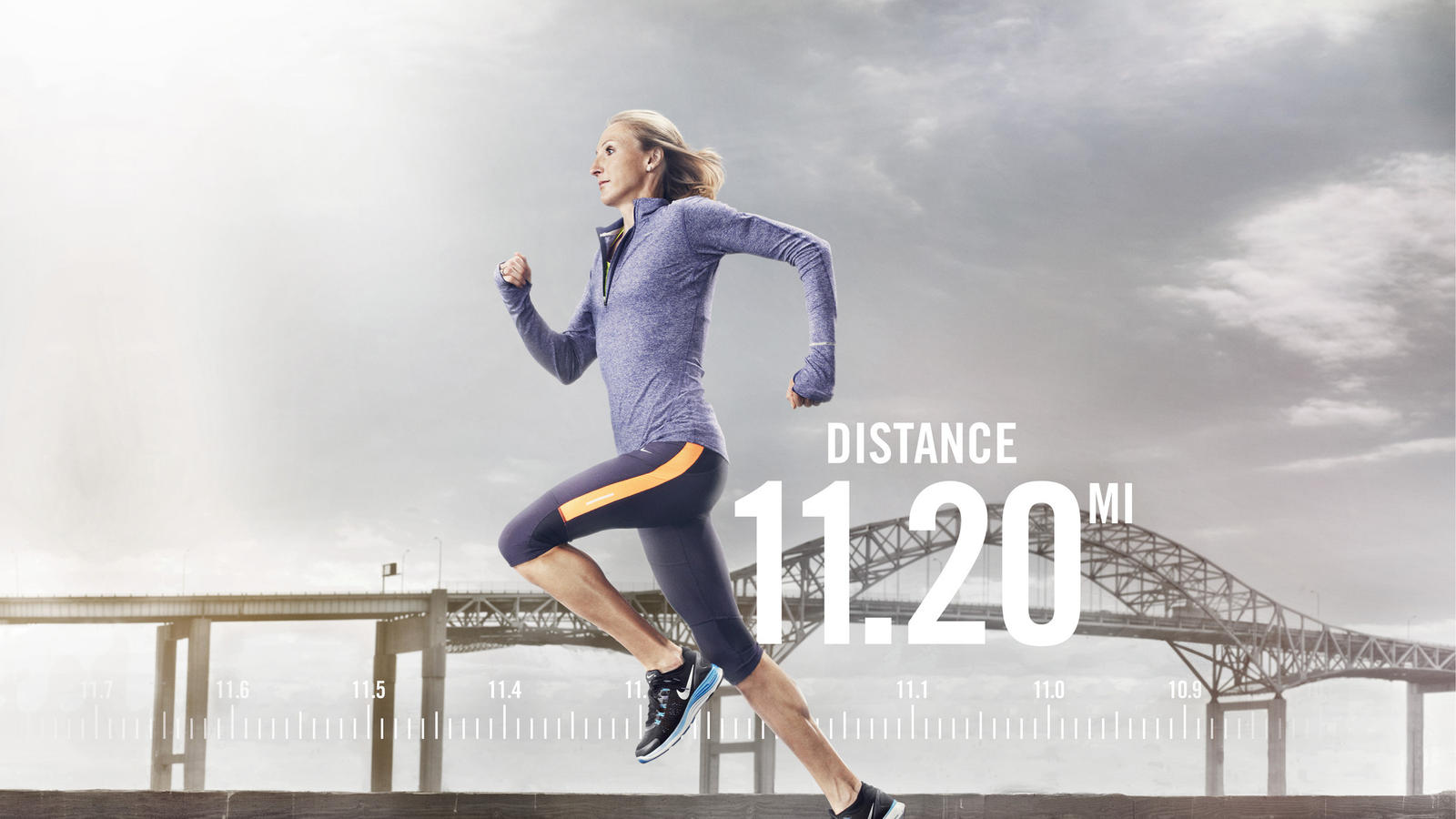 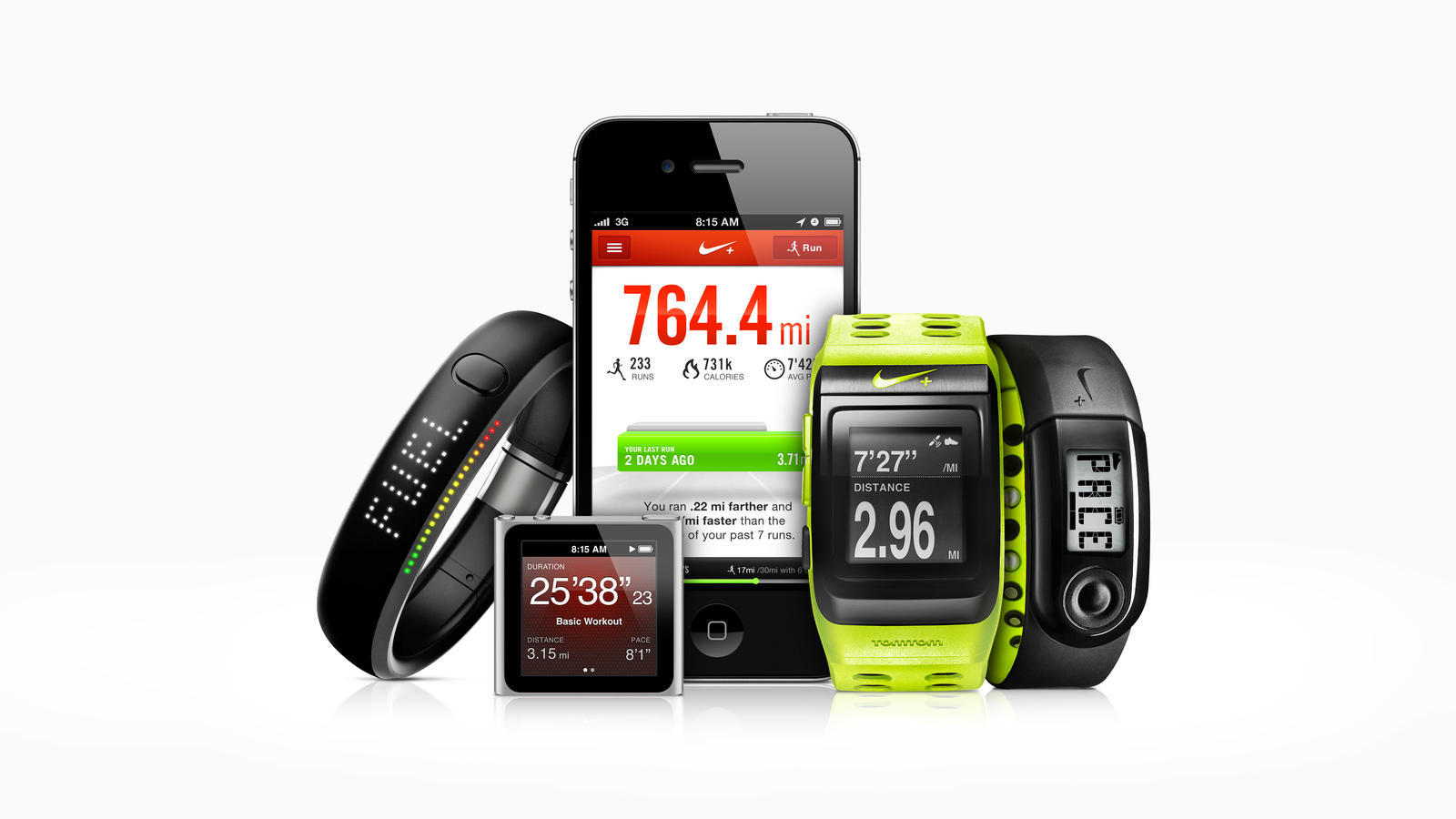 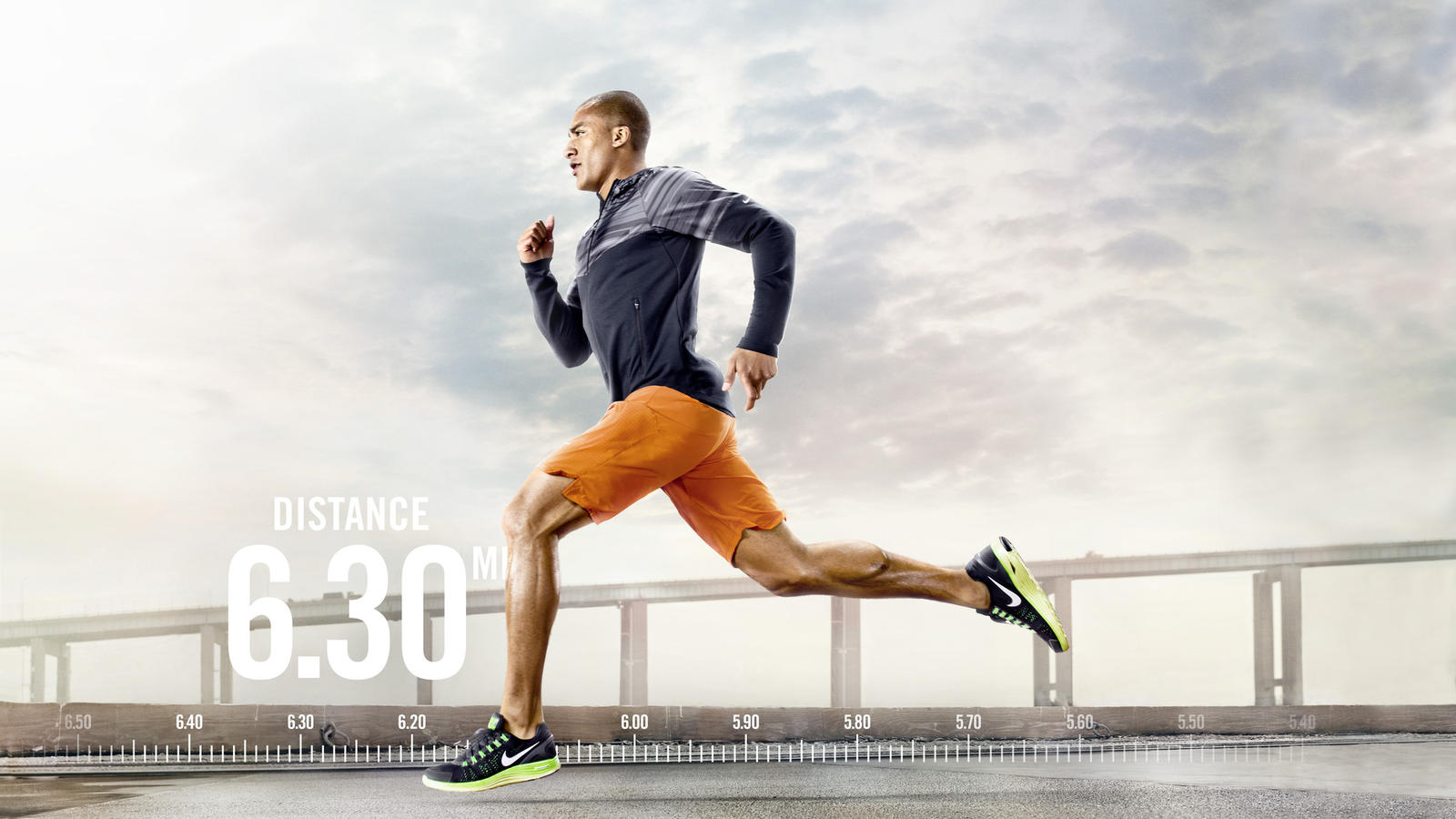 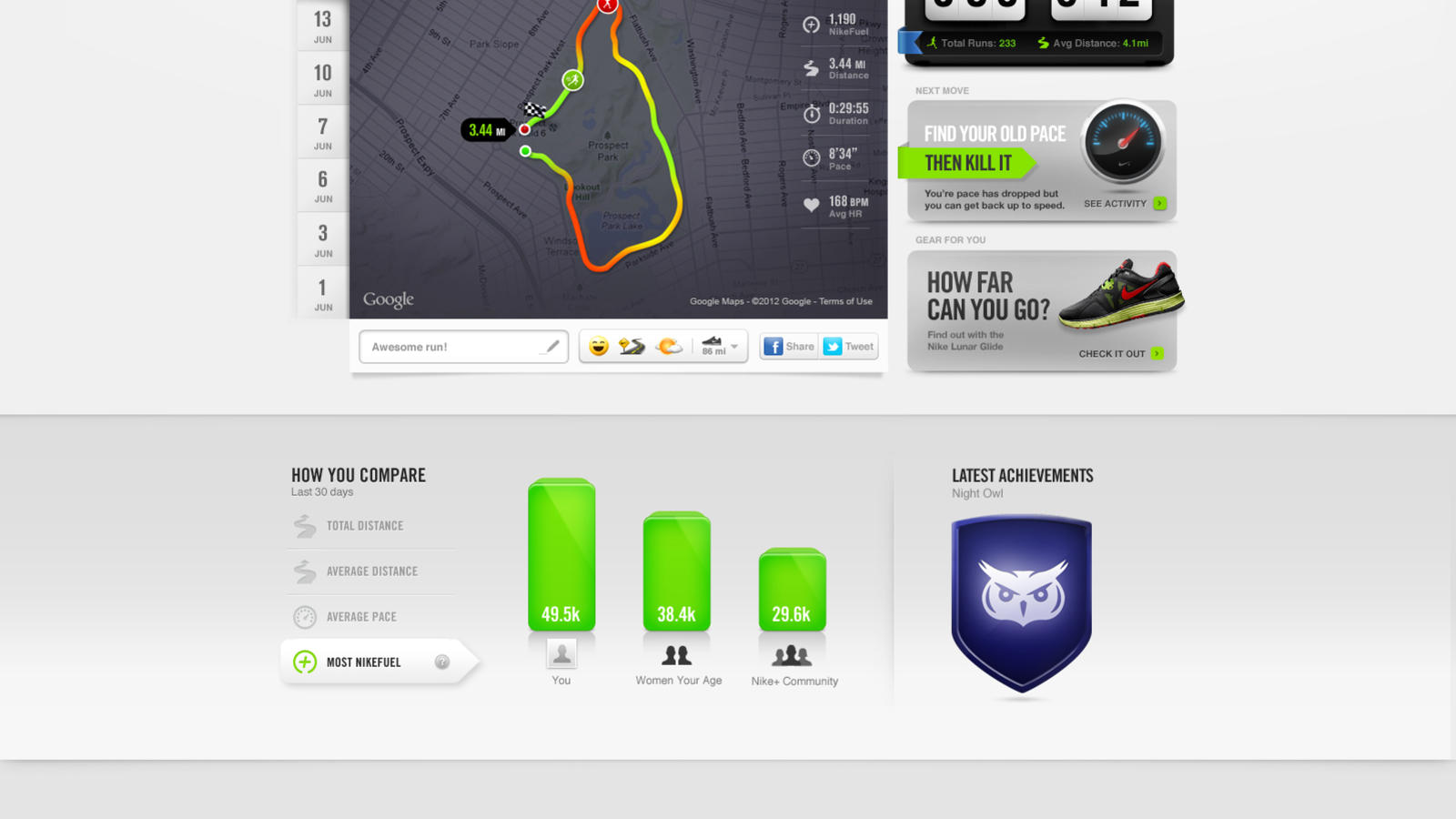 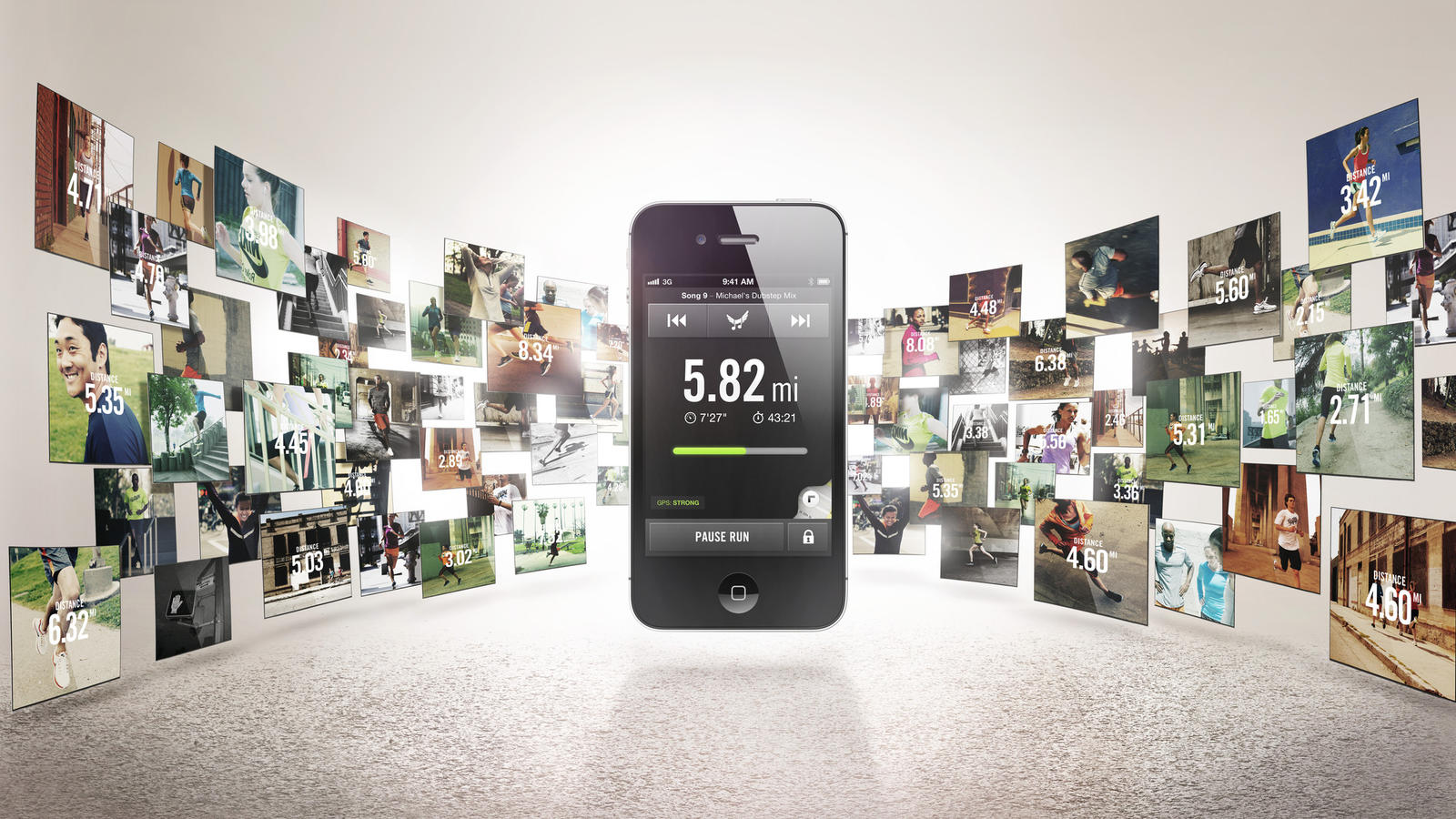 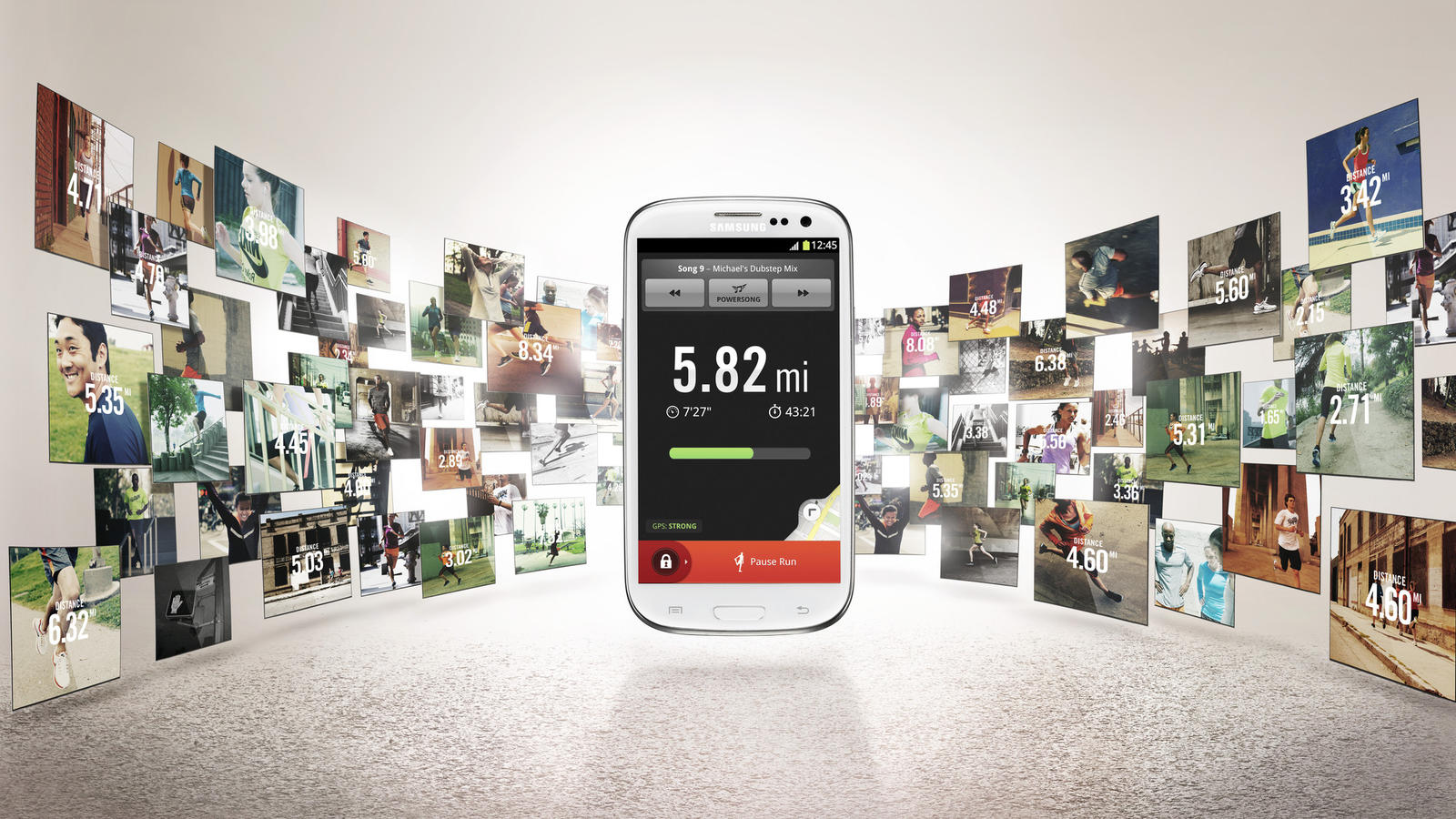 Nike+ Running is evolving to empower more runners than ever before to track, measure, compare and share their runs across the globe. The new Nike+ Running experience motivates runners with insightful and inspirational new features, and broadened access to the NIKE+ community, which has grown to approximately 7 million members since its launch in 2006.

“The Nike+ Running experience is one of the most personalized and motivational ways we serve the runner,” said Jayme Martin, Vice President, Global Category Running. “We’re introducing a new chapter that will take the running experience to a new level in terms of connectivity, community, social sharing and data-driven insights.”

“The expansion of NIKE+ onto multiple mobile platforms will allow us to serve more runners than ever before. This opportunity will give even more athletes the chance to experience NIKE+, which makes this an incredibly exciting time for the Running community,” said Stefan Olander, Vice President, Digital Sport.

The Nike+ Running App features a smooth new user interface – tailored and optimized for each operating system – that hosts a number of new features for runners. The in-run navigation is seamless and simple, allowing runners to easily check key run stats, see their in-progress GPS map, change songs or get audio feedback without missing a stride.

The key focus in both apps’ designs is motivating runners. A new “Next Moves” feature on the home screen allows runners to easily flip through suggested challenges: for example, to run their fastest 5k or go their farthest distance. In the iOS version, the "Next Moves" feature shows how your last run stacked up against your average and other recommendations for your next run. In addition, a dynamic goal progress bar helps runners stay motivated and tracking on goals they’ve set up through their nikeplus.com profile.

The apps make social sharing more fun with added run summary features. Now runners can choose from a wider variety of terrains and emotions, as well as tag which shoe they ran in to track shoe total mileage.  Runners no longer have to input weather if they want to record it – the app automatically knows the weather based on GPS location.

Nike and Facebook have partnered to make sharing runs to Facebook easier and more fun with a dynamic and social integration from the Nike+ Running App. By posting Nike+ Running App runs to Facebook, runners will see their total distance logged, which cities they’ve run in, and a map of their longest run. The app is one of the first to use friend tagging so runners can see their most frequent running buddies and who has cheered them on.

For the first time, runners can tag their Facebook Friends to runs via the Nike+ Running App. The route will then be shared to their Timeline – making it even easier to get the word out on a great run.

The new experience makes it easier and more fun to post runs to Twitter and, exclusively in the iOS version, to Path. With Path, runners now have the option to share running routes and duration with the app’s easy to use “Share This Run” feature.

The Nike+ Running Apps link seamlessly into nikeplus.com. Nike rebuilt the site from the ground up in HTML5 for a better infrastructure, faster performance and smarter capabilities. The homepage features a new dashboard designed to give runners their key stats and activity summary at a glance.  From there, runners can access any of the enhanced features including:

Beyond just running, the new NIKE+ profile is an all-inclusive, permanent home for all NIKE+ records, recent activity, and milestones – for any NIKE+ sport or device.

Initially launched for Running in 2006, NIKE+ has expanded into a multi-sport ecosystem that includes Nike+ Basketball, Nike+ Training and the recently launched Nike+ Kinect Training. Athletes of every level can find a variety of devices including a new range of colors in the Nike+ SportWatch GPS Powered by TomTom, and the Nike+ FuelBand, Nike+ Sportband, Nike+ Running Apps and iPod nano with NIKE+. Multi-sport users can visit the single-destination nikeplus.com to access all their data – including lifetime NikeFuel points accumulated from all NIKE+ devices – creating a globally connected community of sport.