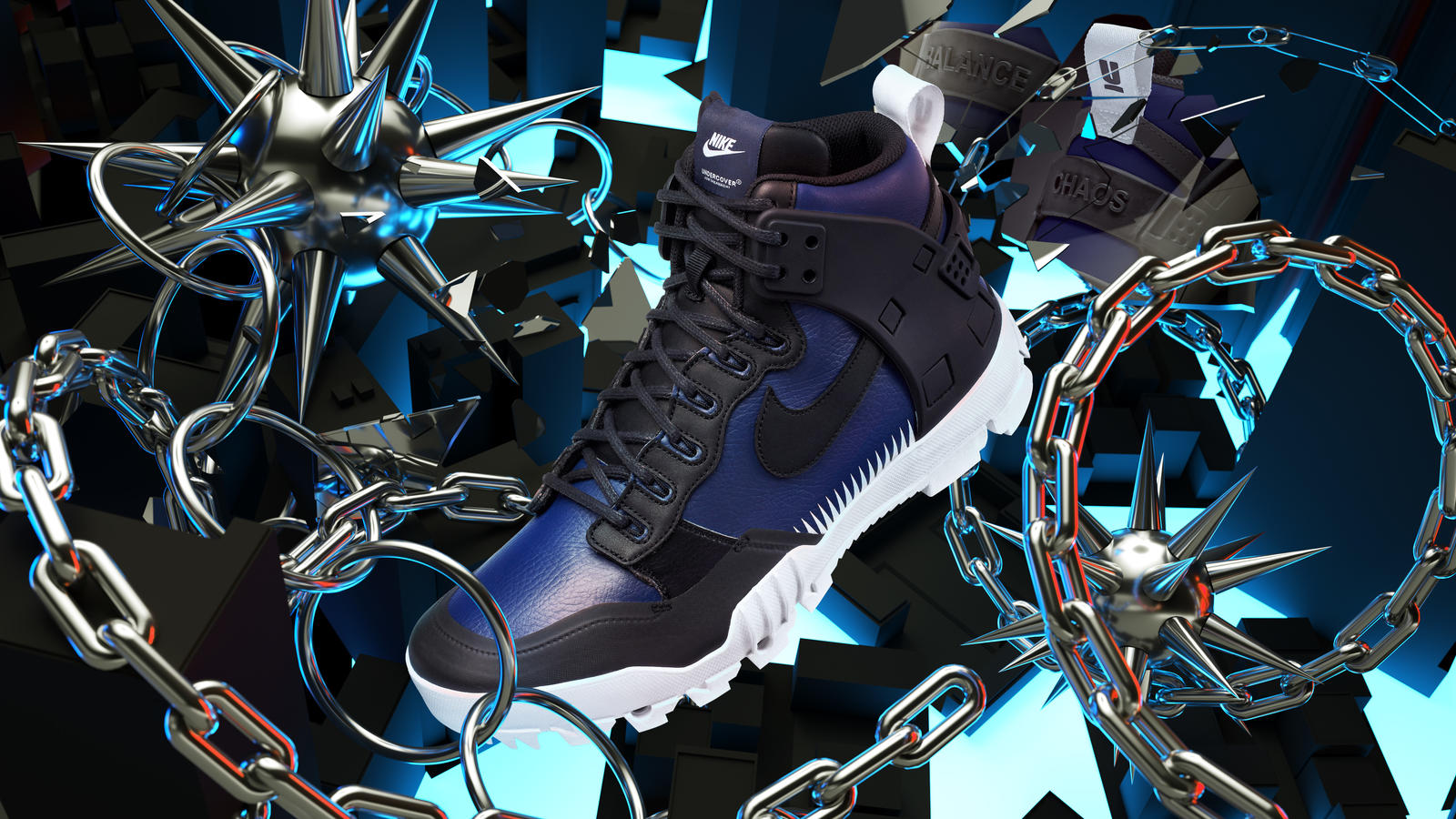 UNDERCOVER designer Jun Takahashi has had a central role in transformative Japanese design, rebelling against contemporary trends by combining his unmistakable aesthetic with unexpected references and tongue-in-cheek humor. For the last seven years, Takahashi has also been a frequent NikeLab collaborator — with primary focus on the NikeLab Gyakusou running collections.

NikeLab has brought to life Takahashi’s latest footwear idea: a winter boot merging the upper of the Nike Dunk, the tooling and outsole of the SFB Jungle Boot and the heel cage of the Air Huarache. It balances the designer’s aesthetic with winter-ready design features and the basketball, skateboarding and street heritage of each shoe. 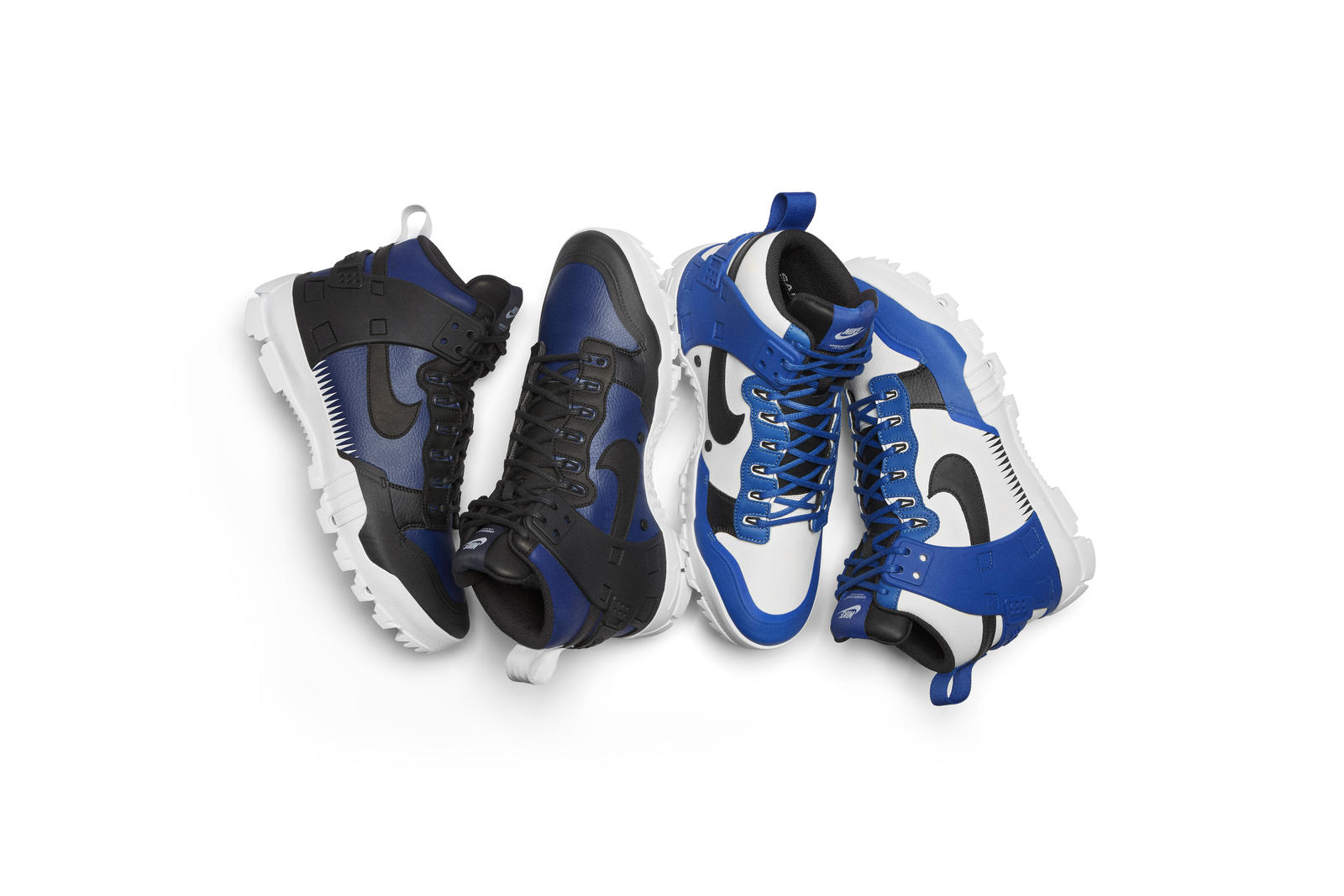 The NikeLab x UNDERCOVER SFB Jungle Dunk features embellishments like the word CHAOS on the back heel strap of the left shoe, and BALANCE on the back of the right shoe — which nod to similar applications on UNDERCOVER apparel. The sidewall of the shoe has a triangle pattern, also featured in UNDERCOVER and NikeLab Gyakusou collections. 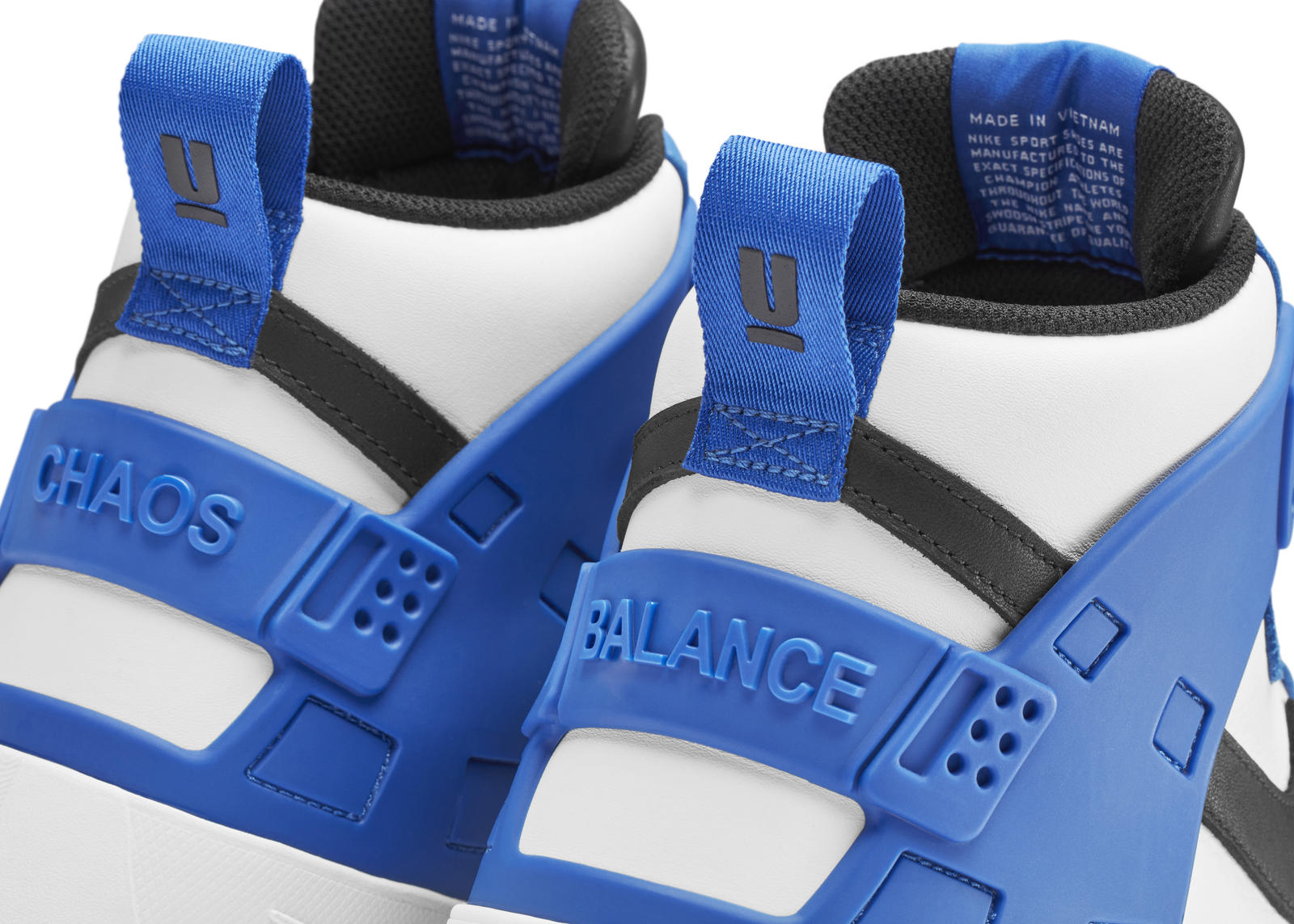 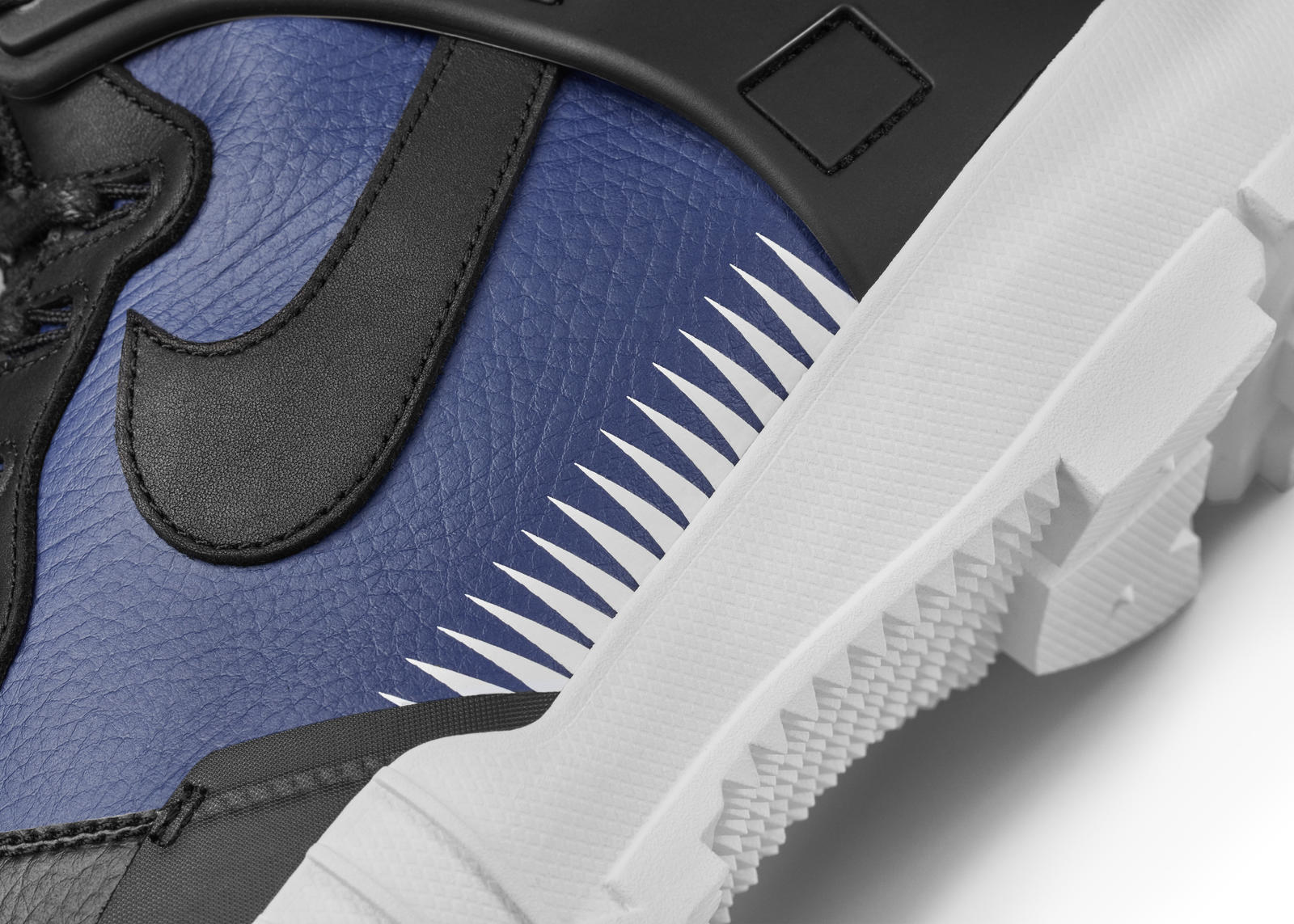 Available in royal blue/white and navy/black, the shoe has a tumbled leather upper, Magwire lacing system and water-resistant toe atop a durable rubber outsole with increased traction and drainage ports on the forefoot.