NikeLab and Roundel Get Wavey With the Zoom Spiridon 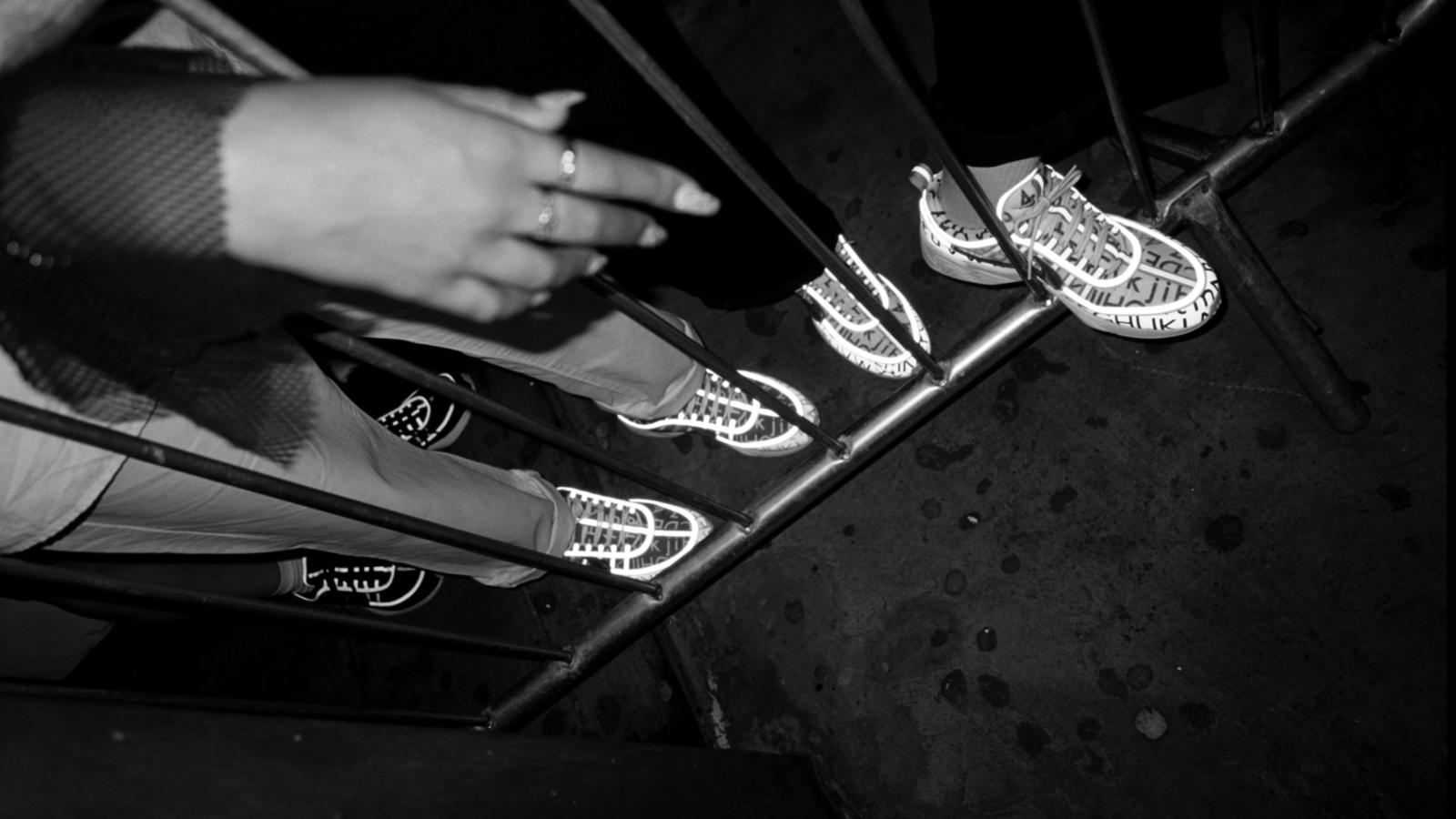 In 2013, Nike collaborated with Roundel on a pair of Air Max models (the AM1 and AM90) in celebration of the 150th anniversary of London’s Underground transit system. The design employed a rectangular woven Jacquard pattern inspired by the unmistakable seat upholstery found in railway cars, which was created by Misha Black for the District Line in 1978. The collaboration set a greater precedent of contextualizing the Big Smoke’s rich transport heritage within the city's broader cultural history.

This year, the second iteration of the collaboration honors the centennial of Transport for London (TFL)’s iconic typographic identity: the Johnston font. Applying it to the Nike Zoom Spiridon, NikeLab and Roundel pay respect to ‘90s garage rave fashion and the century-old font with 3M hits and bold prints.

“The typeface was commissioned in 1913 by Frank Pick, Commercial Manager of the Underground Electric Railways Company of London — also known as 'The Underground Group — and introduced in 1916, making its use one of the world's longest-lasting examples of corporate branding,” explains Jon Hunter, Head of Design, Transport for London. 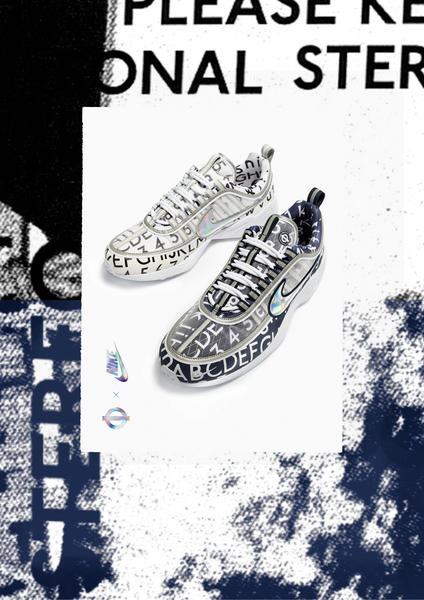 Edward Johnston, best known at the time as a calligrapher, designed the eponymous font. He’d recently become interested in sans-serif letters and believed that printed material should “bear some living mark of the time in which we live,” making his selection spot-on for the Underground Group’s needs.

“Pick specified to Johnston that he wanted a typeface that would ensure the Underground Group's posters would not be mistaken for advertisements," says Hunter. "It should have ‘the bold simplicity of the authentic lettering of the finest periods’ and belong ‘unmistakably to the twentieth century.’”

The project succeeded, and for 100 years, the Johnston font has defined London’s Underground — on signage, in pamphlets and more — as well as the city itself. The diamond “tittles,” dotting the lowercase “i” and “j,” and the base of the exclamation point and question mark, are among the font's most recognizable features. In application, the typeface is most familiar when locked up with the Underground's famous roundels.

On the NikeLab x Roundel Zoom Spiridon, a sample of the Johnston font is sublimated and printed in a repeat pattern and engineered to cover each shoe equally. A transparent monofilament mesh covers the print on the shoe's vamp. Further embellishments include an iridescent synthetic leather Swoosh and a fully reflective mudguard, which serve to extend the silhouette’s signature 3M taping and further amplify its reflectivity. 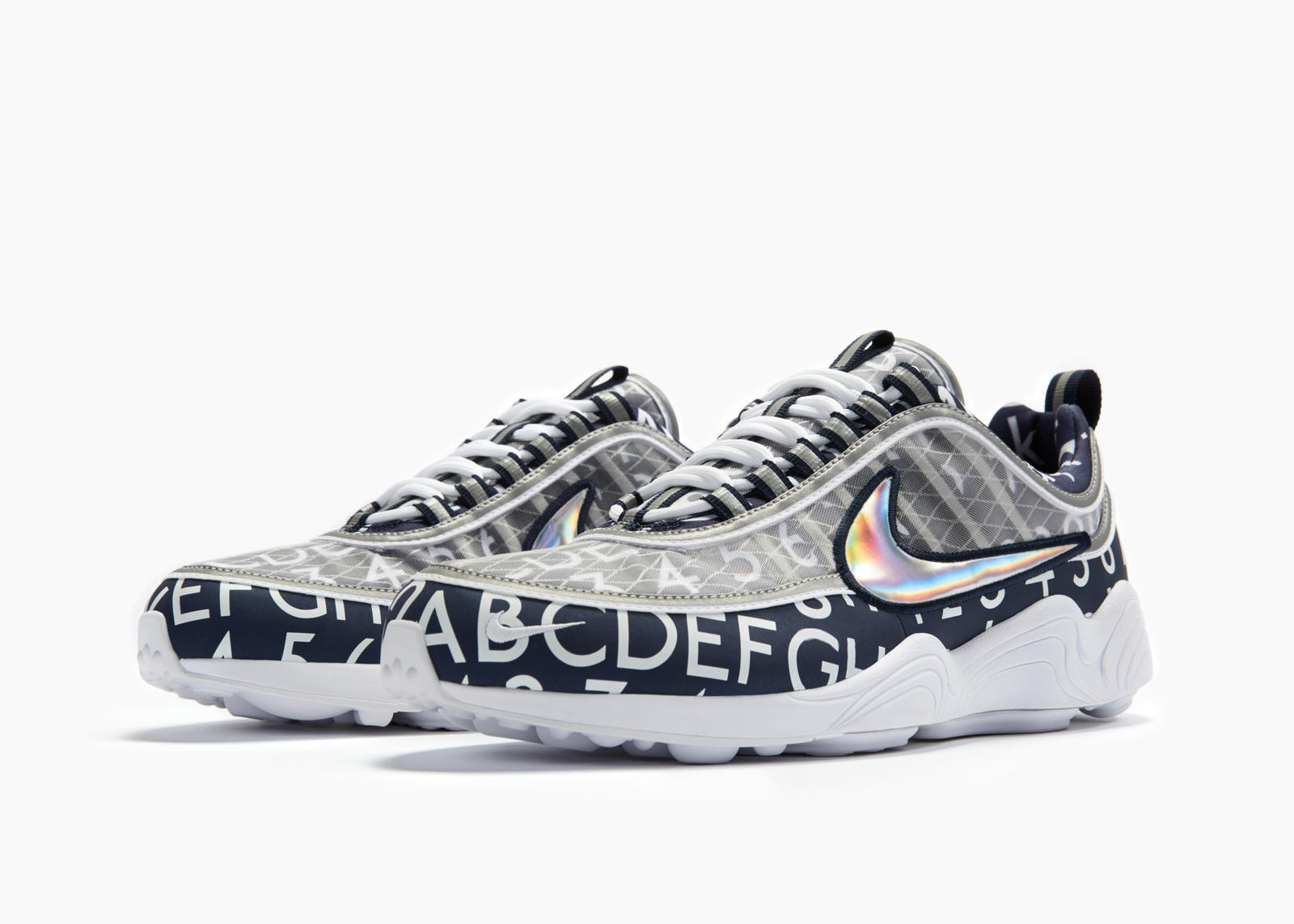 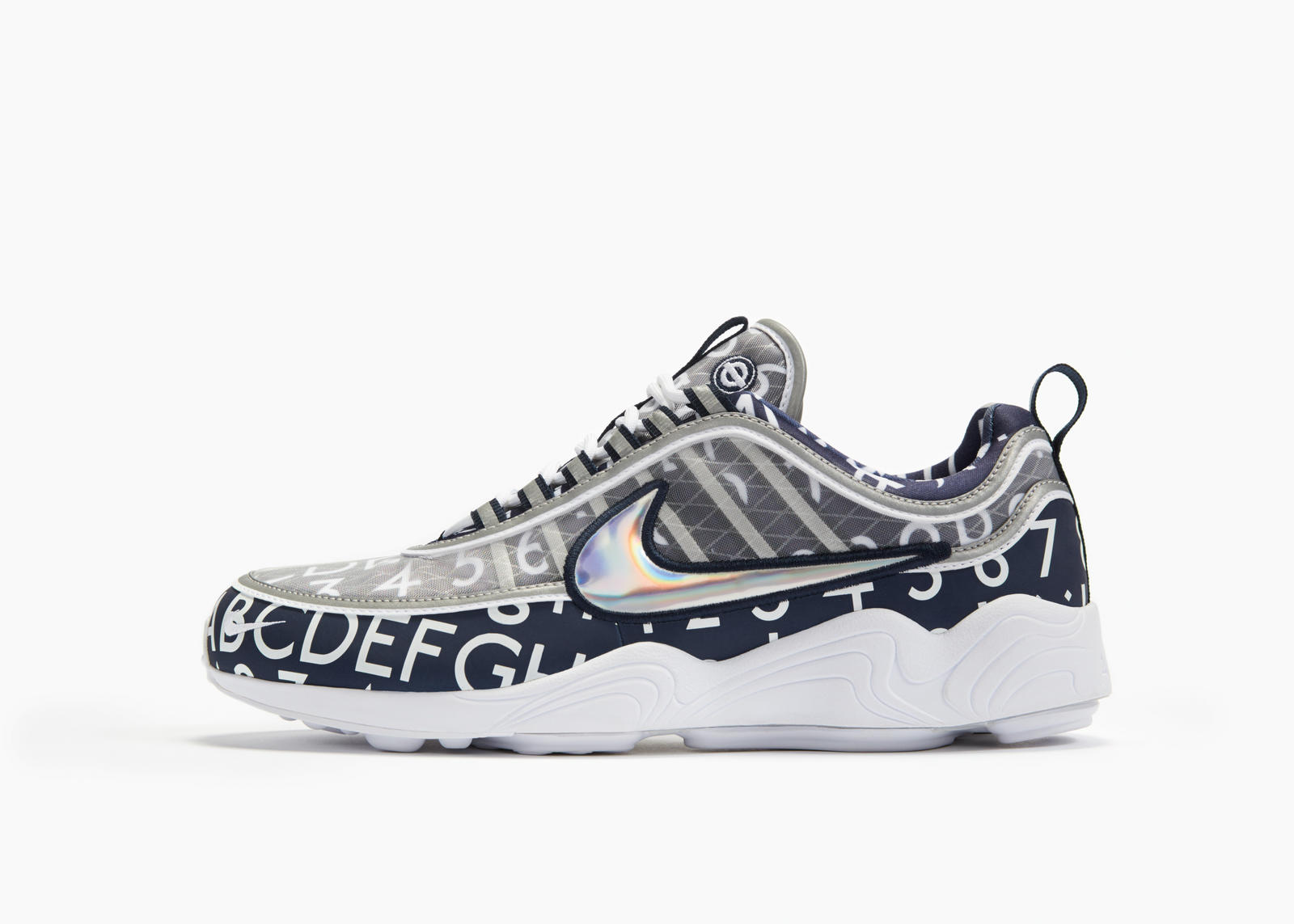 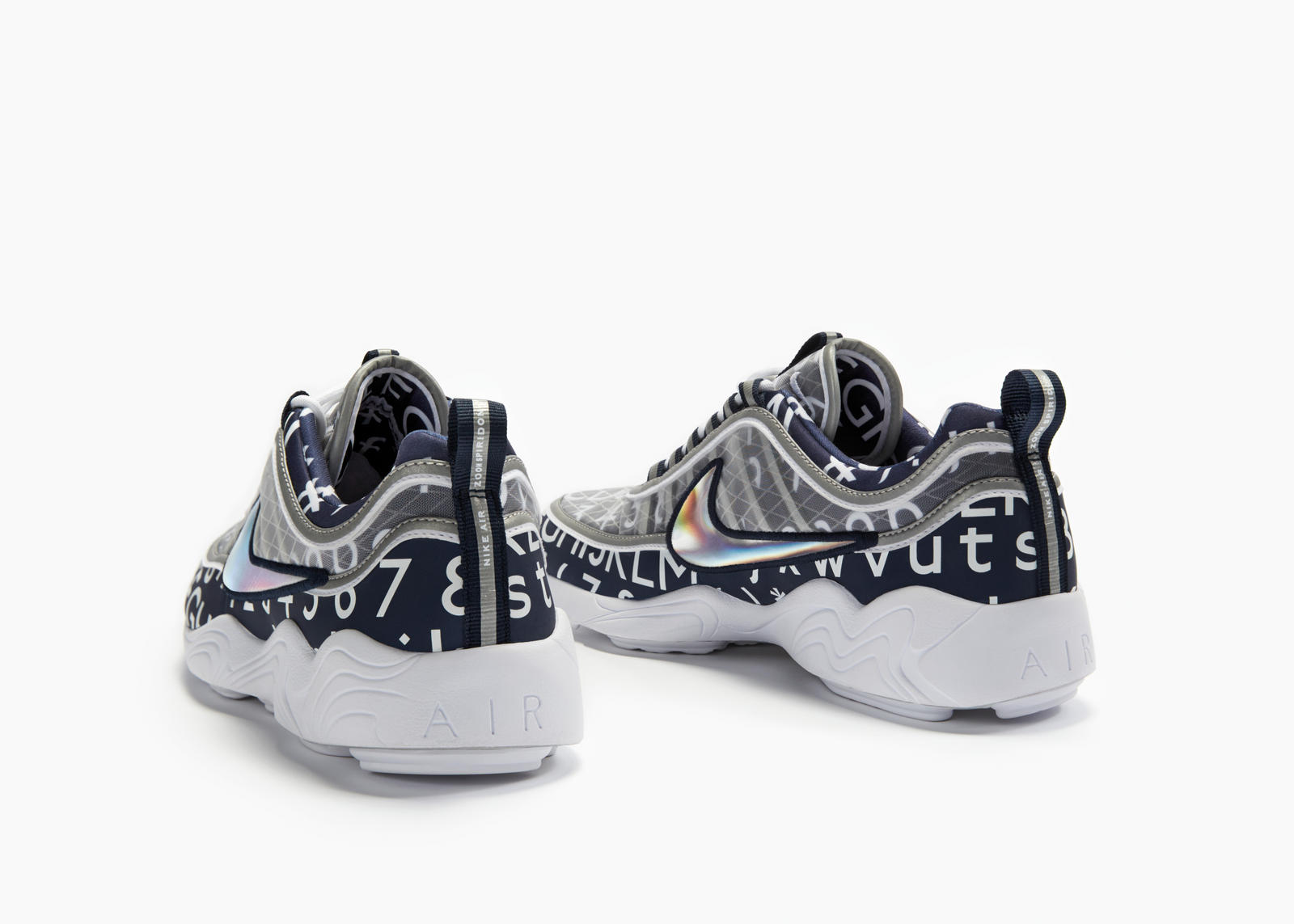 The NikeLab x Roundel Zoom Spiridon releases on November 9 at an exclusive pop-up in Charing Cross station London, and November 10 in Tokyo. Select retailers around the globe will release the white colorway on November 17.