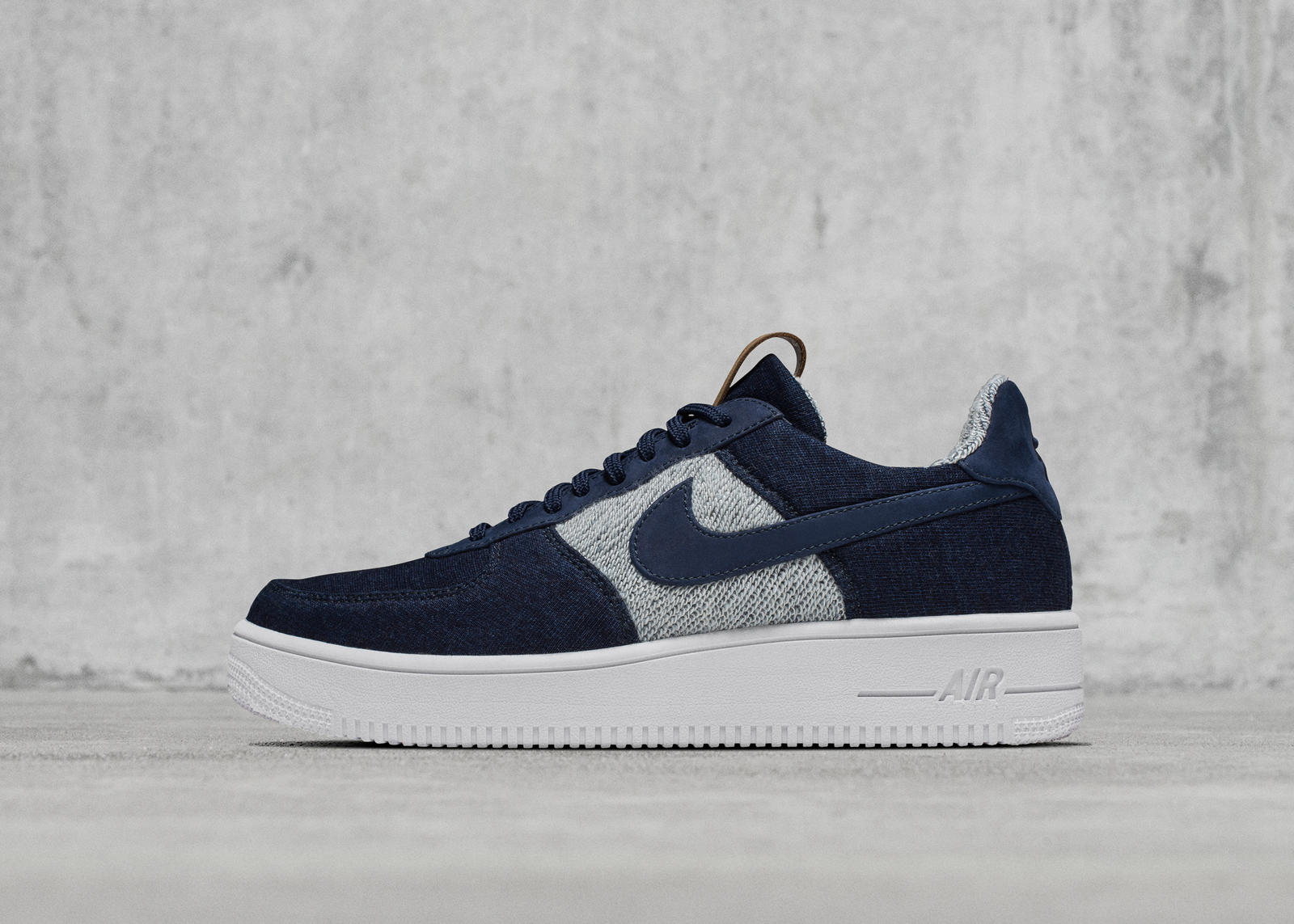 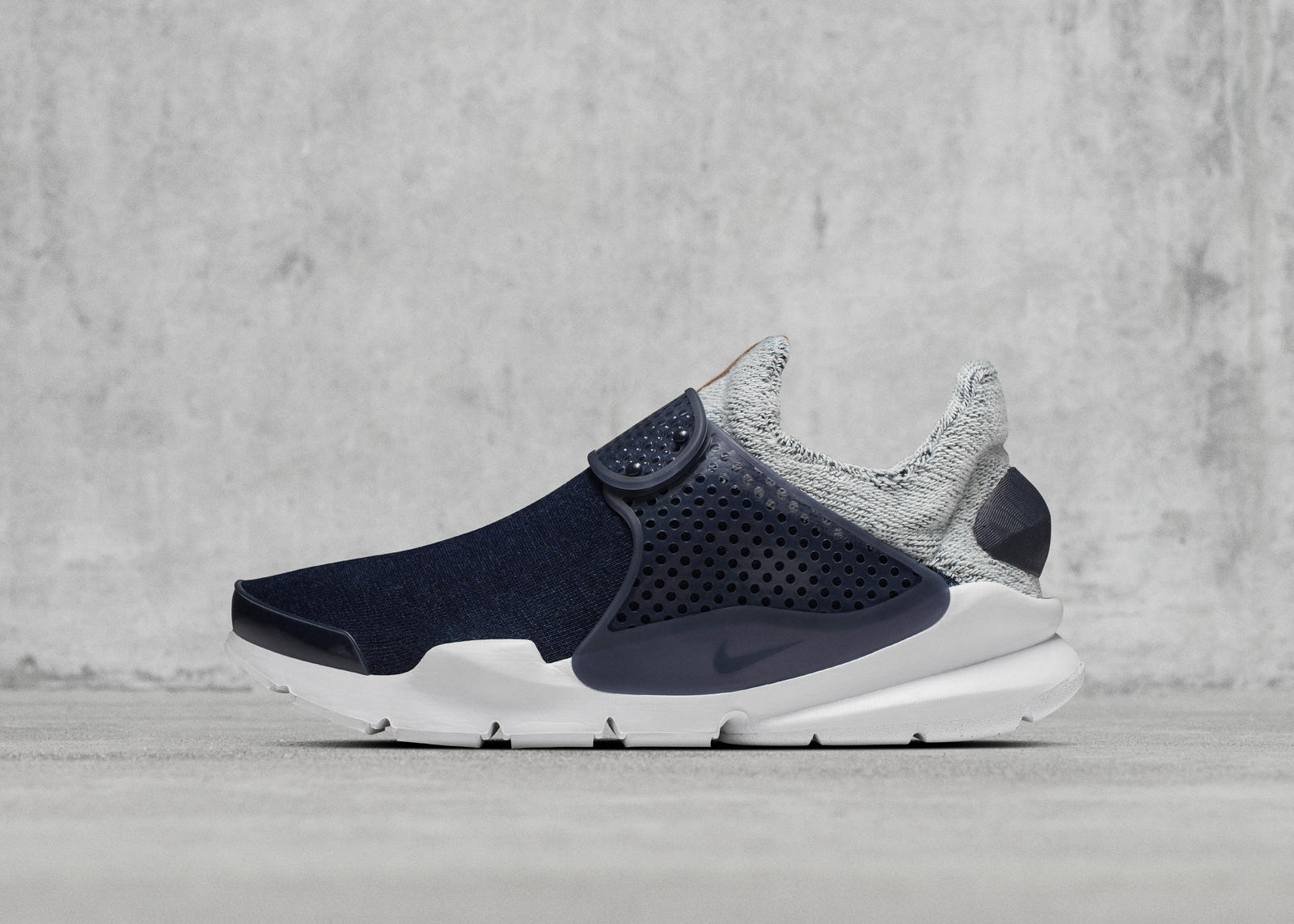 Somewhere between blue and violet lies the distinctly rich color, indigo. Named after the indigo plant, it’s been in use since the 4th millennium BC, becoming a coveted pigment for fabric dyeing and ink. Centuries later, it gained new stature as the sixth color of the rainbow. Today, it’s associated with attributes of wisdom and intuition.

Indigo’s heritage, and particularly its resonance in Japanese culture (where indigo dyeing is known as “Aizome”), inspires a new NikeLab Air Force 1 Ultraforce and Sock Dart, created in collaboration with the Japanese brand, Loopwheeler. The goal — to make hand-dyed footwear in an authentically deep, rich indigo hue — was achieved using loop wheel knitting machines. Since 1960, Loopwheeler has used these machines, which currently exist only in Japan, to produce unmistakably soft, high-quality cotton sweatshirts. 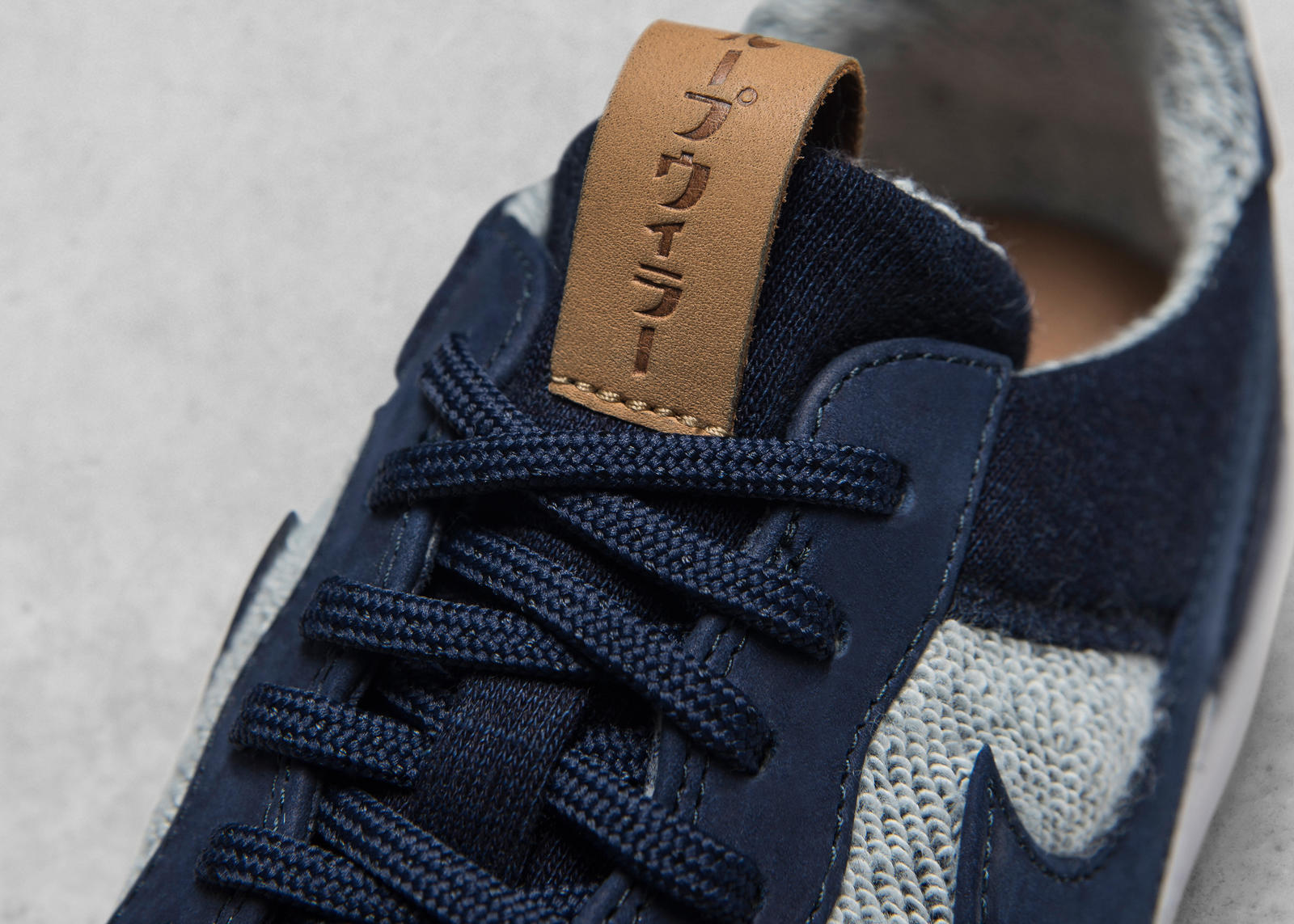 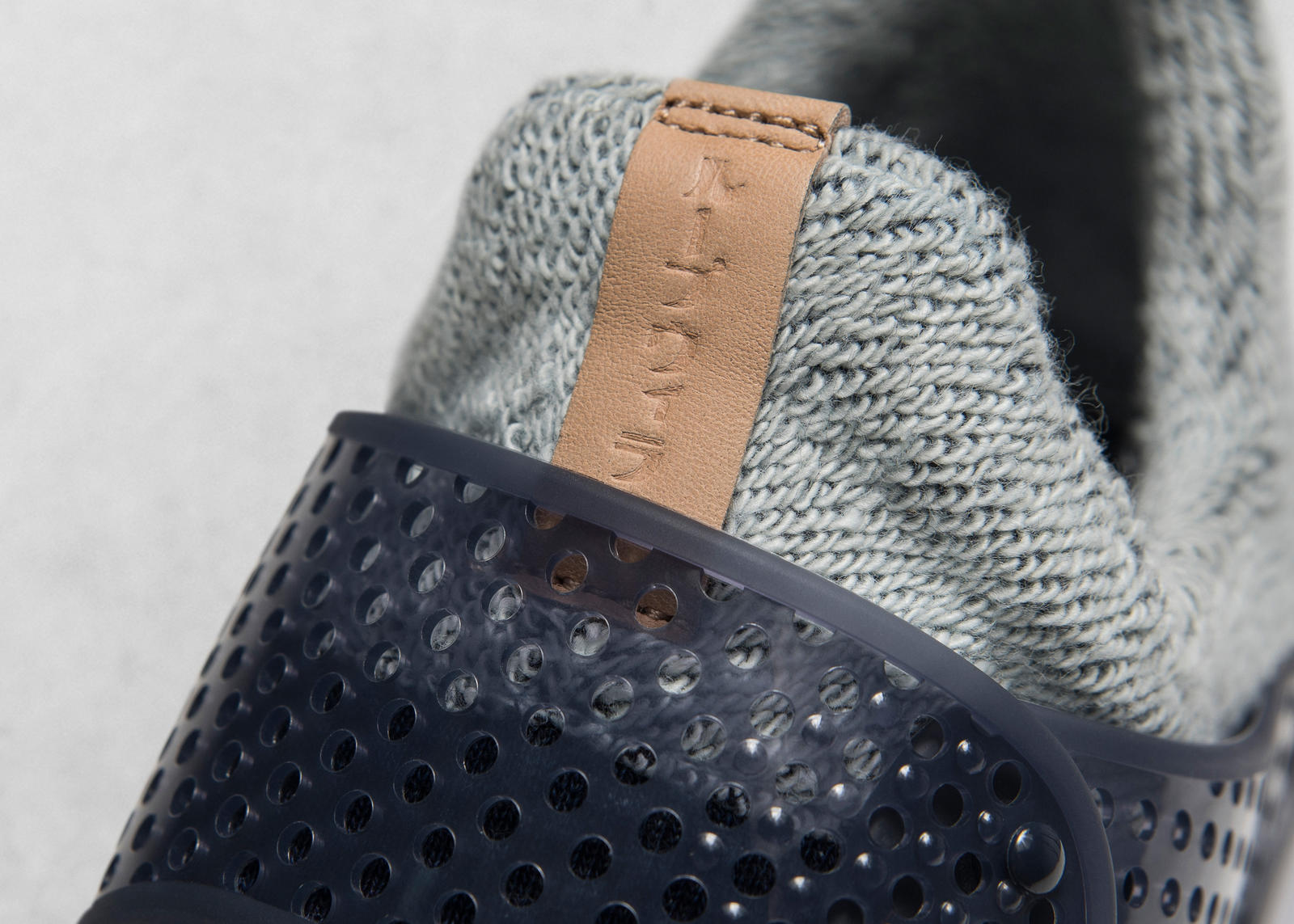 The decision to use indigo dye presented unique production challenges. Following previous Nike x Loopwheeler apparel and footwear collaborations since 2008, the process involved a specific knitting structure to provide the right amount of stretch and flexibility. The designers color-blocked the shoe with two layers of fabric — one that’s completely dark, indigo-dyed cotton (on the toe and midsole of the Air Force 1, and the toe and vamp of the Sock Dart), and the other that’s indigo-dyed, heathered white cotton (on the middle of the Air Force 1 and heel and tongue of the Sock Dart). The interior of the shoes are lined with the heathered cotton for softness around the foot.

Both shoes also have a debossed Loopwheeler logo on the tongue loops of the Air Force 1 and Sock Dart and come with a cotton drawstring bag printed with Loopwheeler and Nike logos.

The NikeLab x Loopwheeler Air Force 1 Ultraforce and Sock Dart are available July 16 at NikeLab MA5 in Tokyo and at the Loopwheeler stores in Tokyo, Osaka and Fukuoka.