A Glimpse into the Future By Way of a T-Shirt 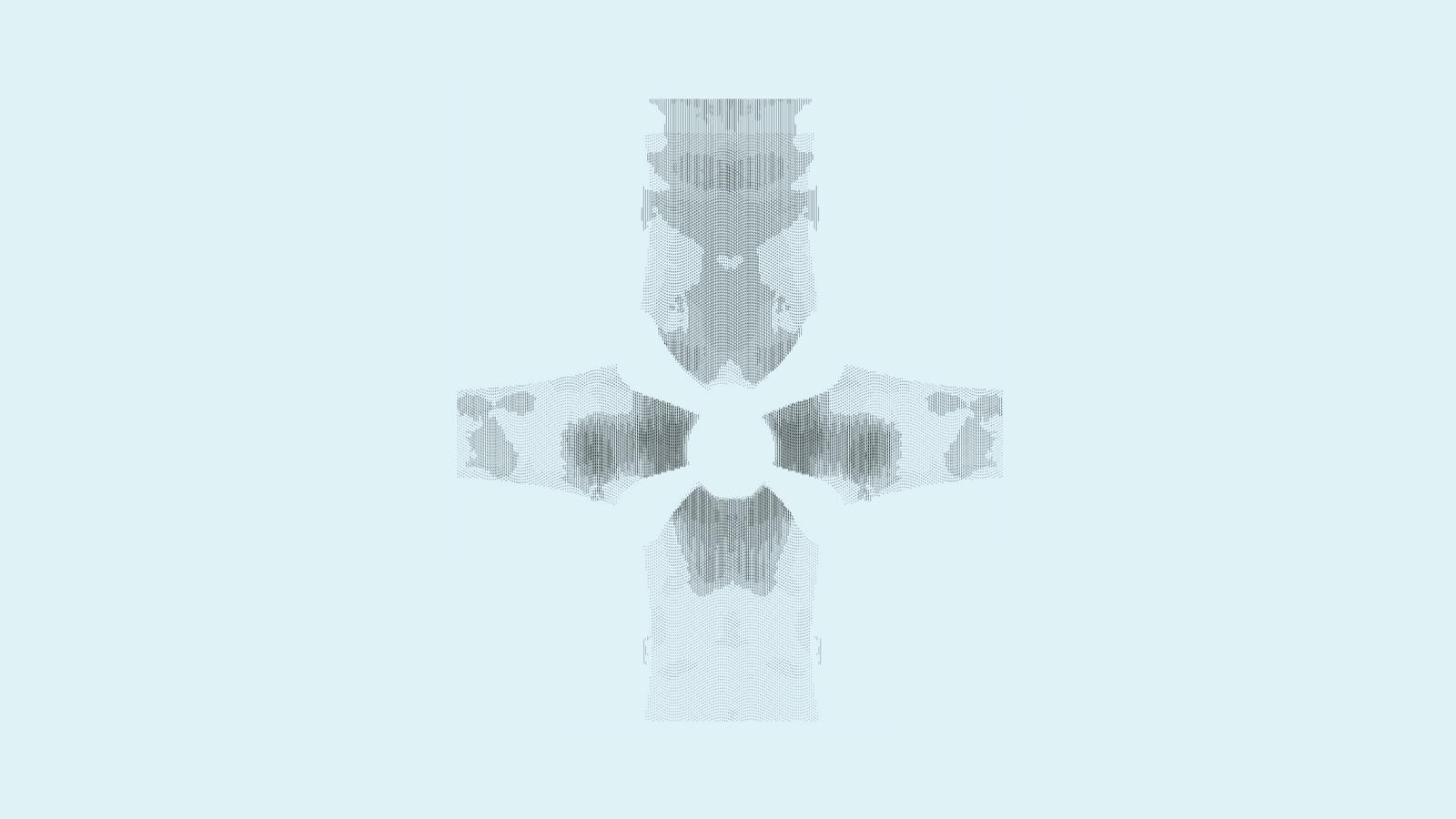 “In apparel design, we have forever been combining multiple materials, depending on the problem we are solving, often resulting in the build up of seams and complexity. Sometimes this creates a new problem as we are solving another,” explains Kurt Parker, Nike’s VP of Apparel Design. “Over time, our understanding of the body in motion and new manufacturing techniques have started to converge."

This convergence is advanced through the application of computational design, which aids in converting data into structural patterns and thus allows a higher level of (more informed) detail within the knit. This forms a new paradigm. “It takes us to a completely different place," Parker confirms. "Instead of having to cut and sew multiple materials, we could just program the knitting machine to do it all at one moment, using one material instead of many.”

That place is most evident when one considers a most foundational garment: The T-shirt. A broad history of the T-shirt highlights three key evolutionary moments: its 19th century inception (when one-piece union suits were first cut into separate tops and bottoms), its early 20th century proliferation as a universal men’s undergarment and its popular rise as an external layer that, despite countless iterations, retained its basic foundation. 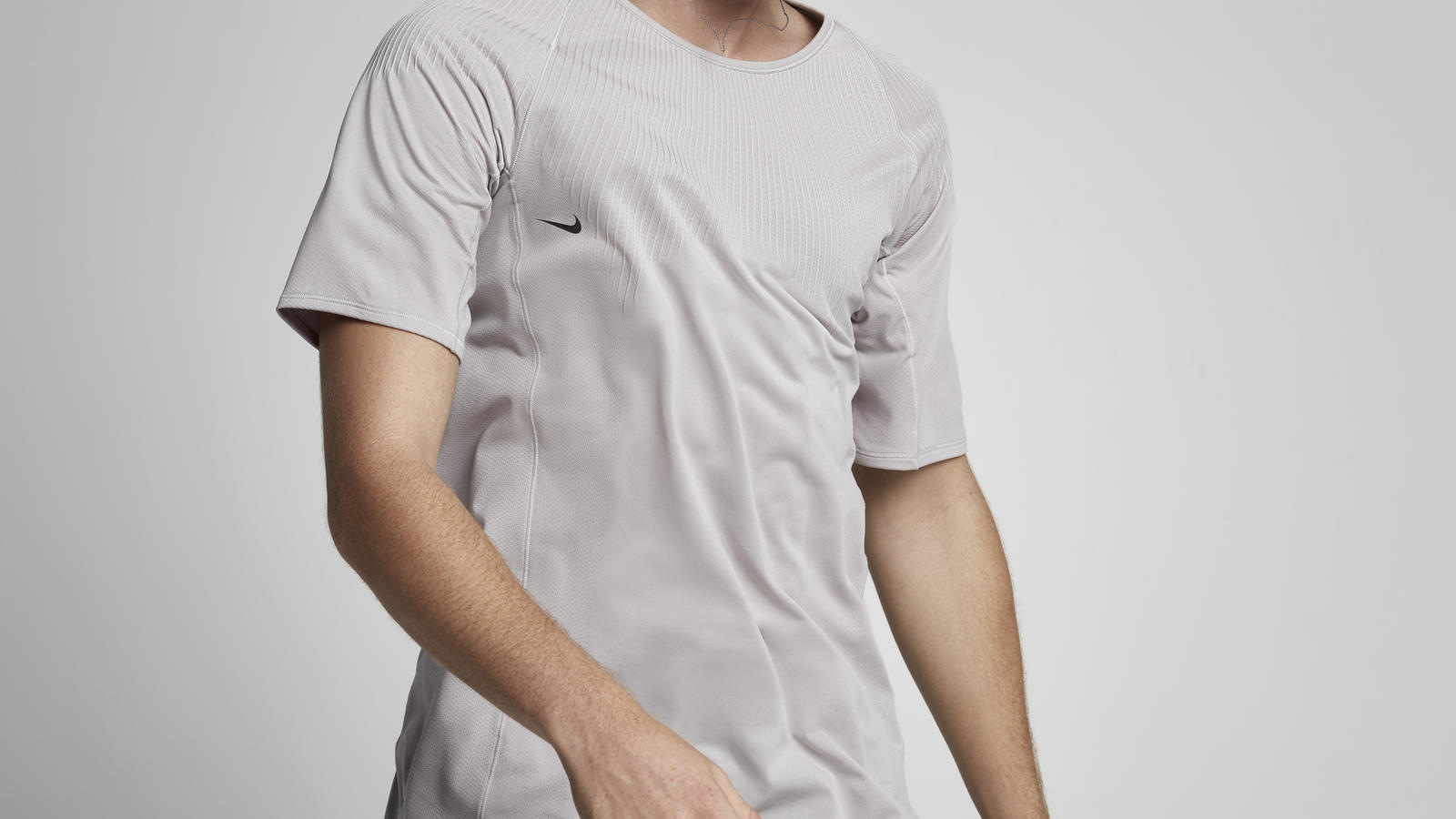 In each of these instances, design begins (more or less) with a pattern and uses a cut-and-sew method to bring it to life. With the NikeLab NIKE A.A.E. 1.0 T-shirt (part of a new NikeLab collection titled NIKE Advanced Apparel Exploration (A.A.E.) 1.0), however, creation starts with study of Nike’s deep archive of digital data, which tracks the trajectory of the chest, back and arms in forward motion.

Specifically, motion maps were considered alongside how the body reacts in different environments. Special focus was placed on modern urban environments, from the subway and the street to the office and the club, and the massive temperature and humidity fluctuations that occur in these various places. This examination provided additional digital body maps, the first with explicit lifestyle parameters, including a cling map, airflow map, sweat map and heat map. 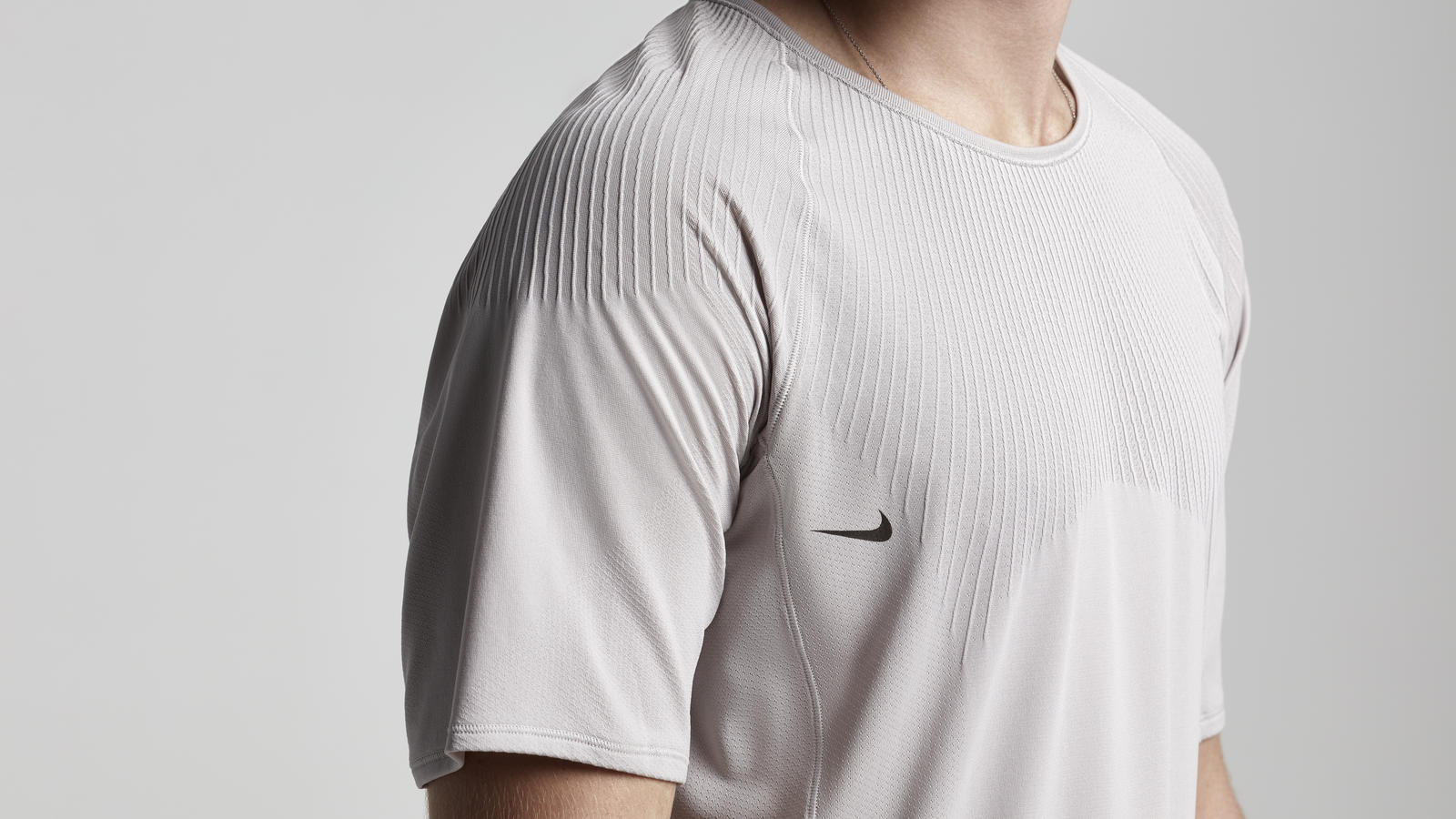 In a collaborative process between apparel designers and Nike Flyknit engineers and computational designers, all motion and temperature maps were then merged, generating a singular, complex data set that translated into a visual language. Translated by the company’s cutting-edge knitting machines, this inclusive algorithm output a single-layer, seamless knit that delivered ventilation where needed and coverage where desired (for example, more ventilation on the back and increased coverage at the chest). From there, the designers tweaked the machine’s language (or code) to originate a final knit structure that was tested in an environmental simulator.

The end product advances both the archetypal garment’s essence and its everyday performance potential. This reconceptualization ultimately serves to correct the standard T-shirt’s limitations (like holding a bunch of sweat) and suboptimal interaction with the body in motion.

It also anchors the nine-piece NikeLab Nike A.A.E. 1.0 collection, which evolves the design-led, data-informed method used to make the garments, anchored by the T-shirt, into a system of apparel that serves the utilitarian, all-day requirements of today’s active urban individuals. Each pioneers new methods of product creation to solve old problems; and from the base layer to the mid layer to outerwear, the pieces are made to work together to eliminate bulk and maximize comfort. Or, as Parker puts it, “each functions kind of like little Russian nesting dolls — they all relate to each other.”