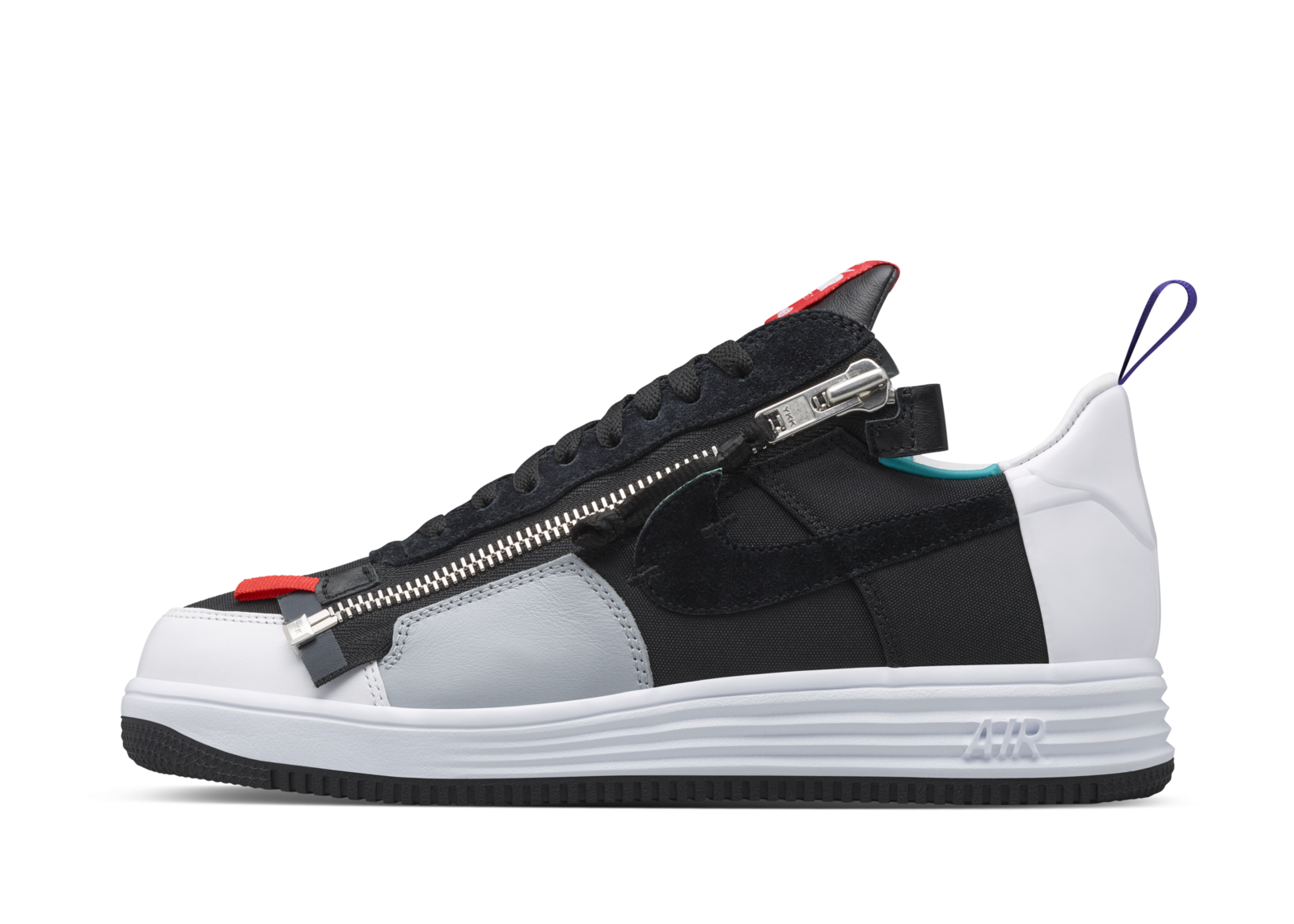 Nike and Acronym® share a passion for utility-led design. For Nike, this mission began in 1972, when the Nike Cortez started a perceptible innovation tradition with its visible, dual-foam cushioning system. Roughly four decades later, the practice continues with Nike Flyknit, Lunarlon and Nike Free. Similarly, Acronym®, founded in 2002, informs garment aesthetic through the functional product elements.

Acronym®’s Errolson Hugh, a regular Nike collaborator, lent his problem-solving expertise to the creation of the NikeLab Lunar Force 1 x Acronym. Updating the classic silhouette with a sharp focus on enhancing the on-off process, the design reflects Hugh’s unrelenting obsession with functionality. 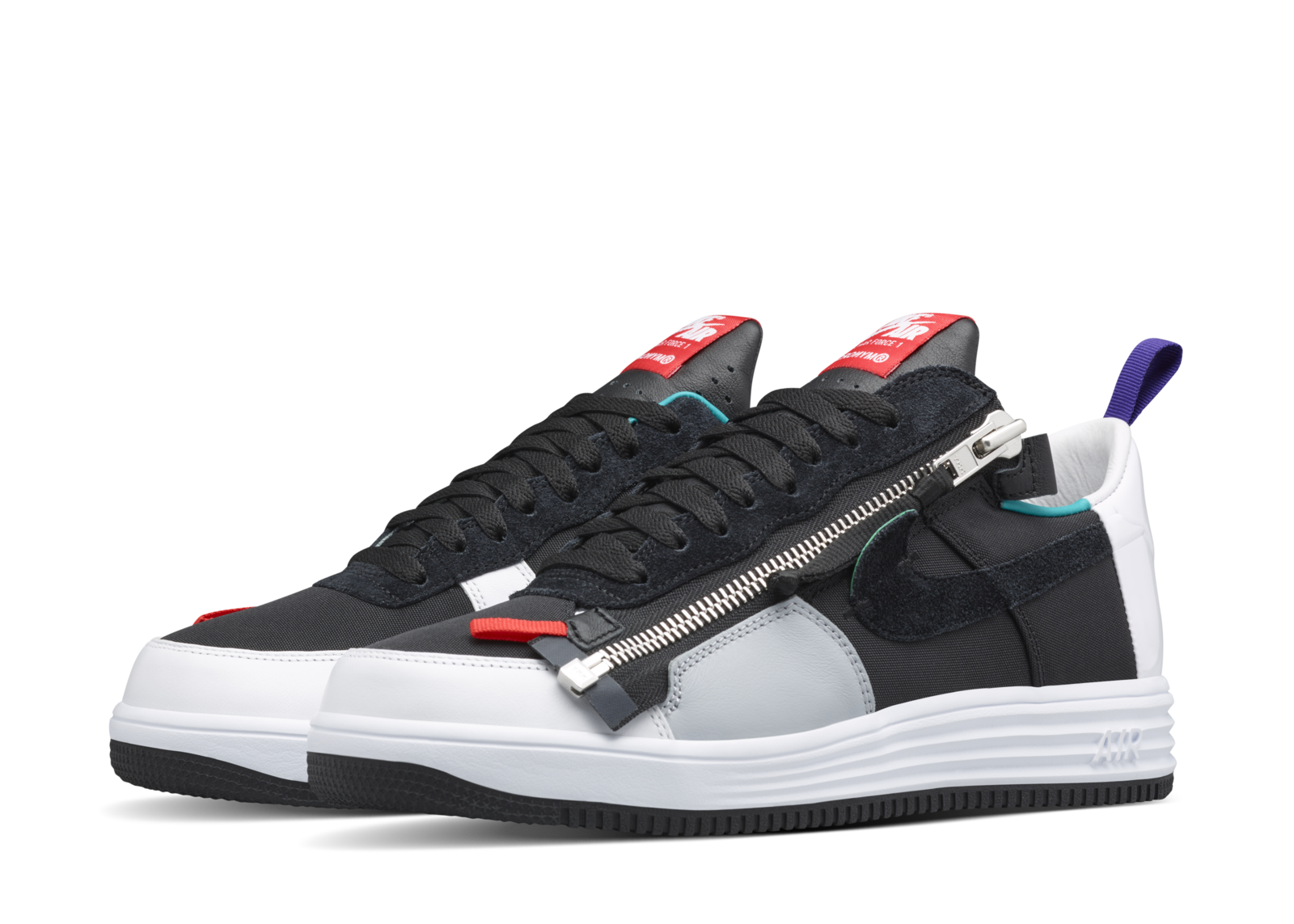 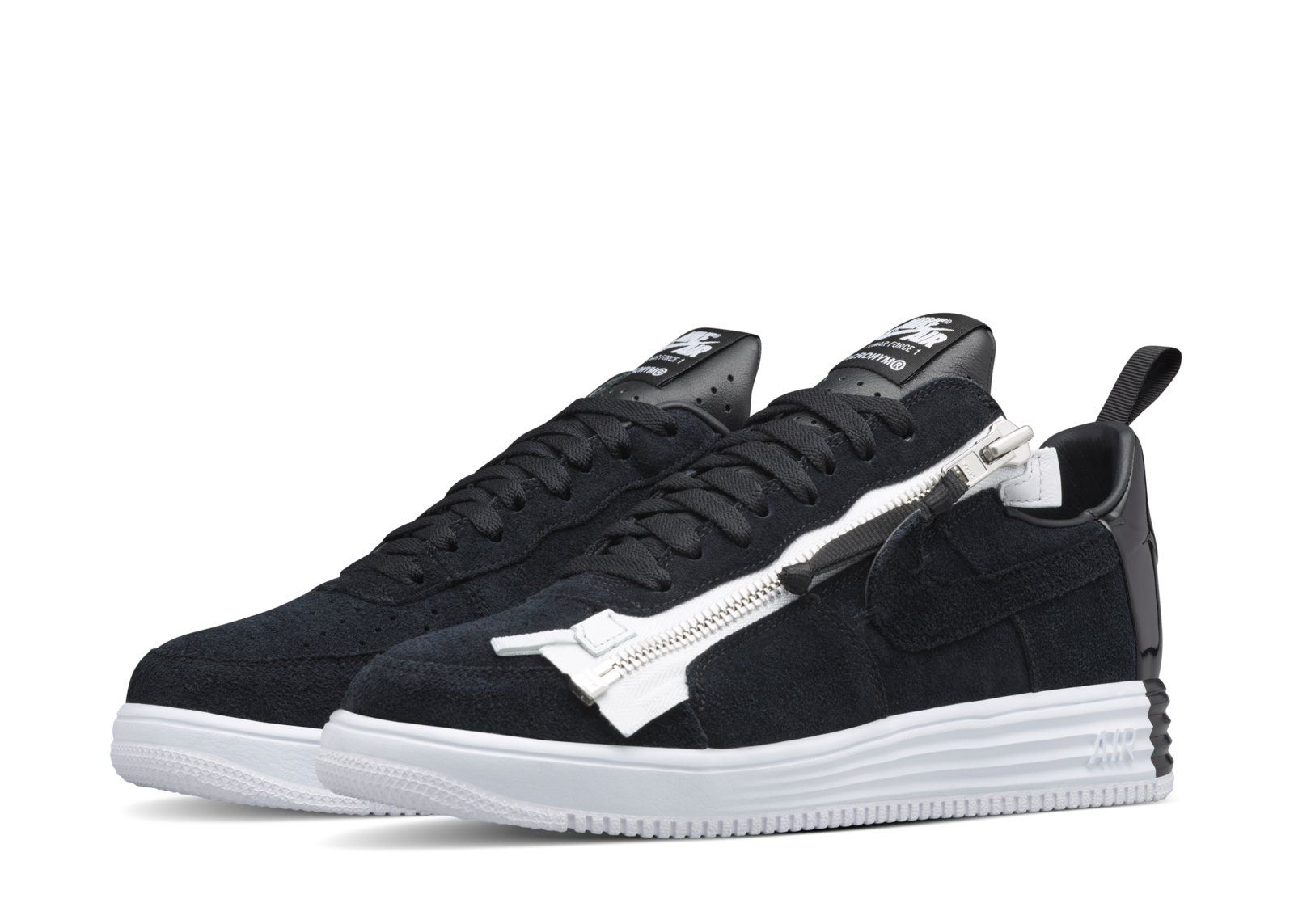 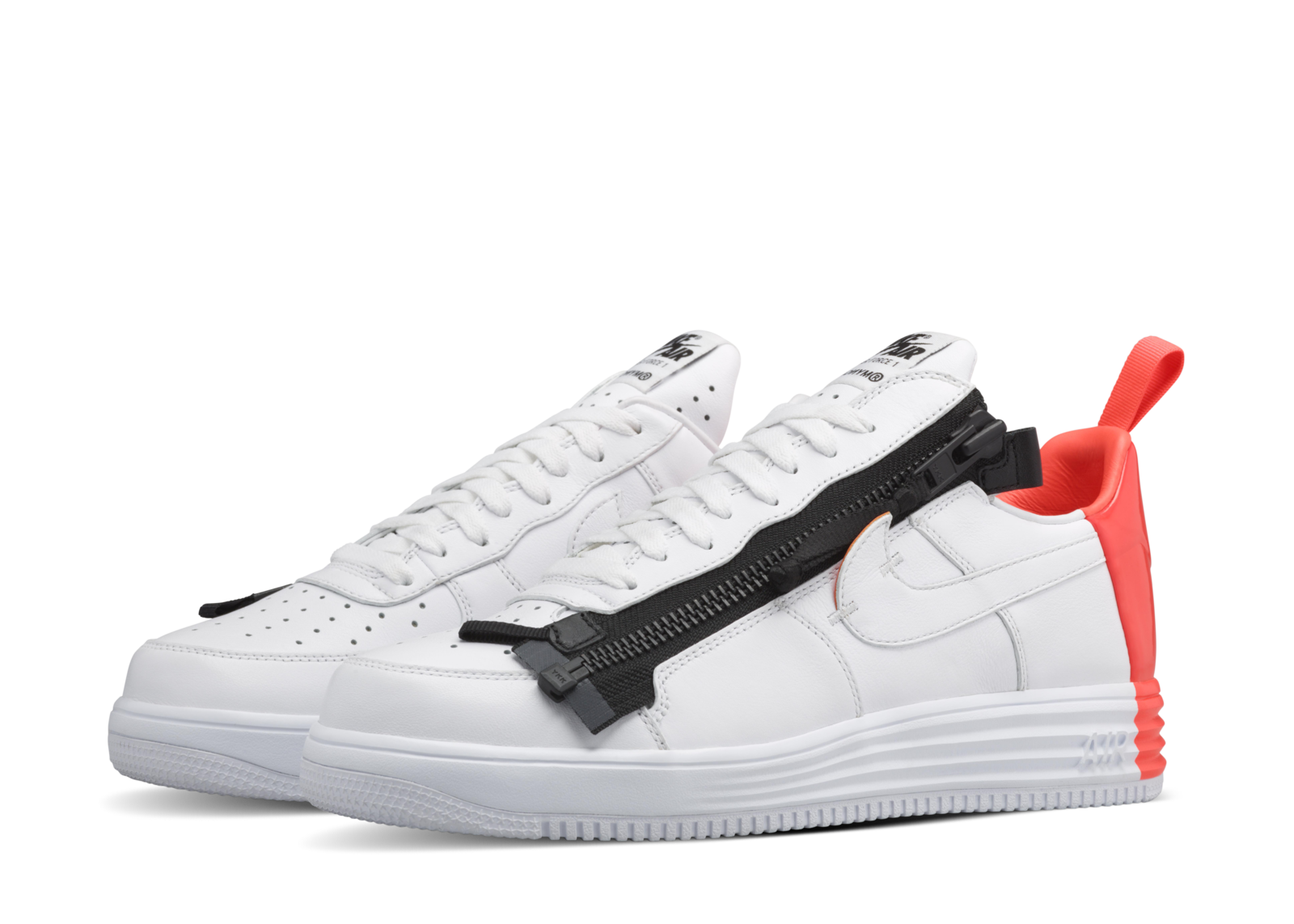 “At the beginning,” Hugh says, “when we first were approached by Nike to look at the Lunar Force 1, the first thing we asked ourselves was, 'Why should we do this? What could we possibly bring to the table that Nike doesn't already know how to do?'"

“In the end, we decided to approach it just like we approach the apparel, which means: Look at a problem, or look at an aspect of the functionality, and see if there's a way we can improve it." 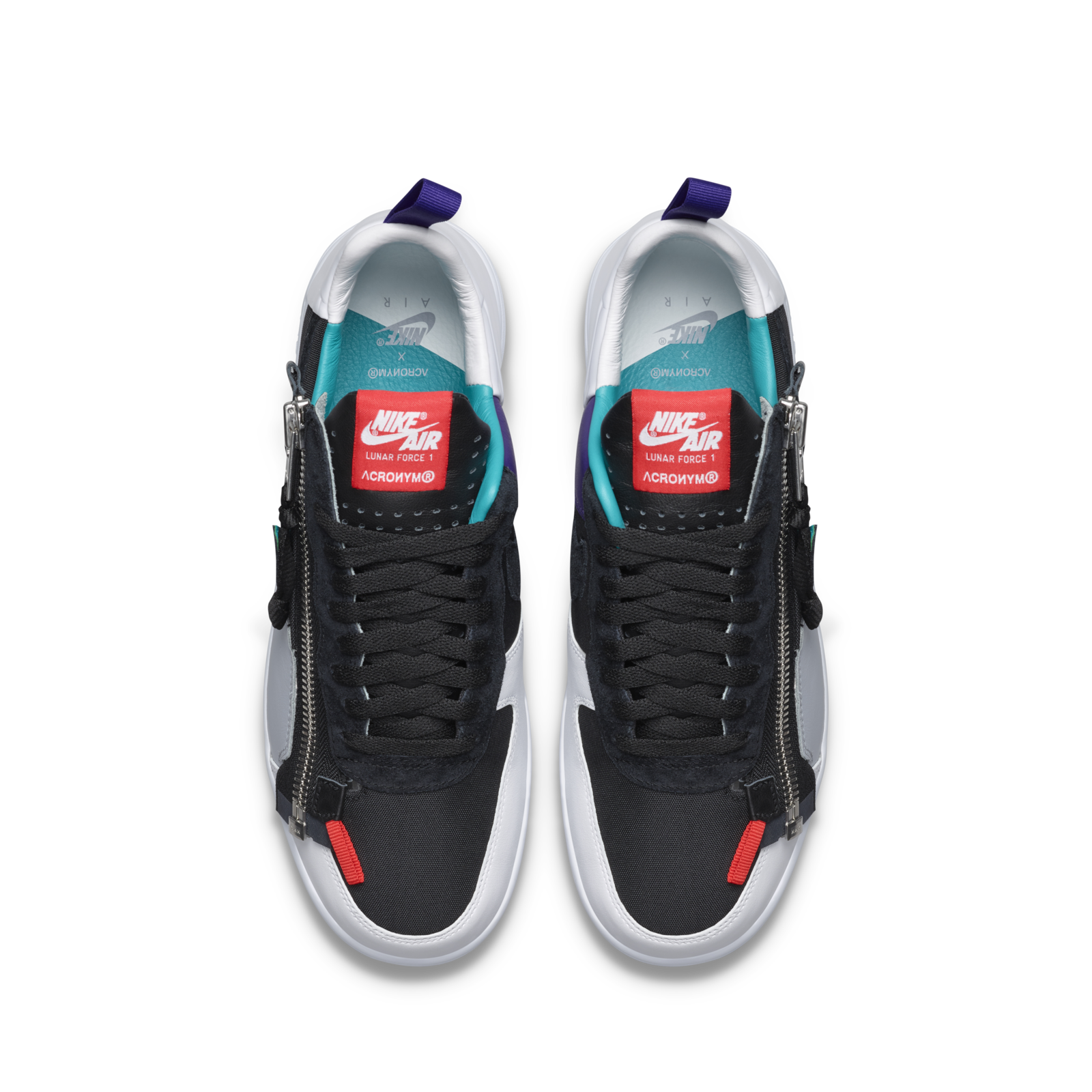 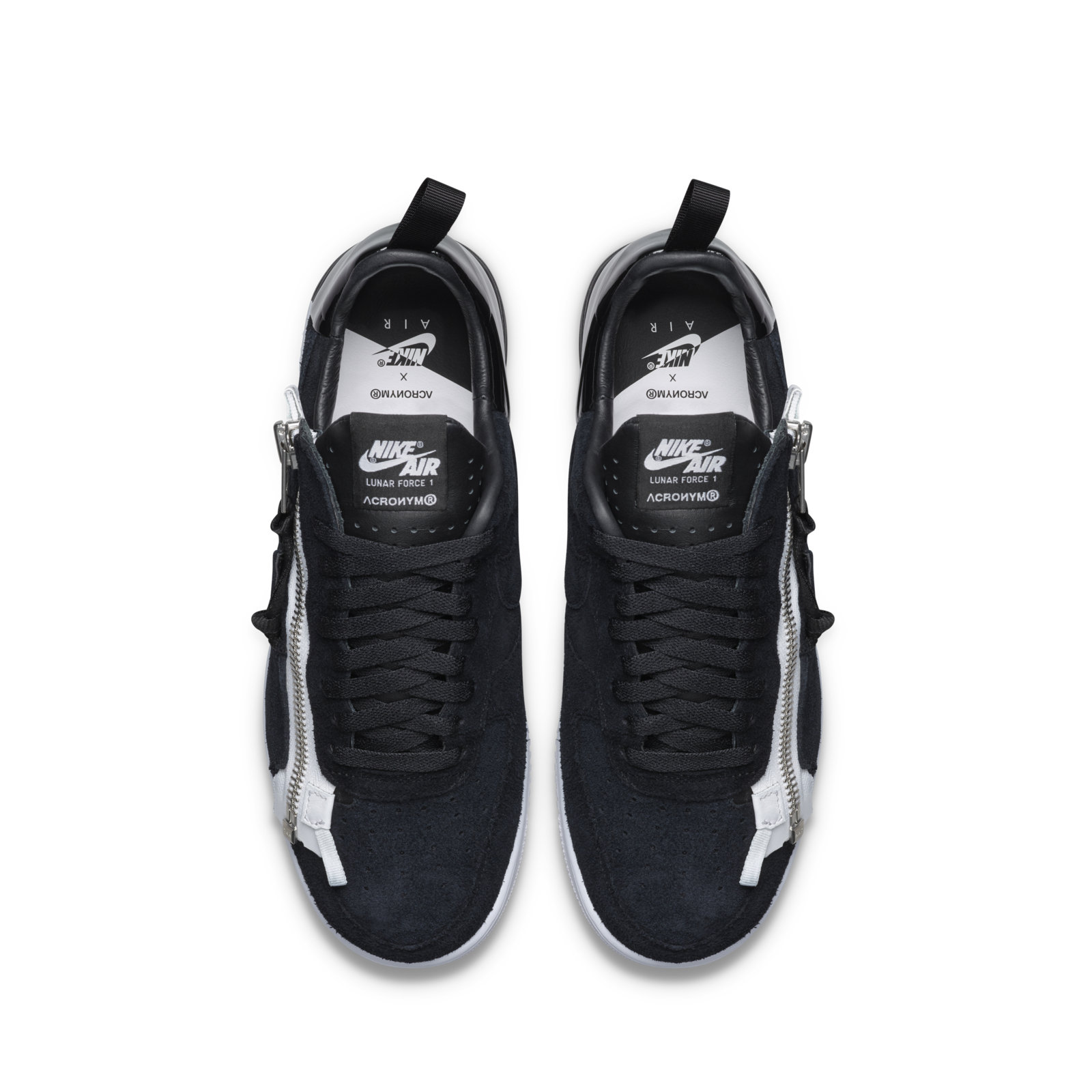 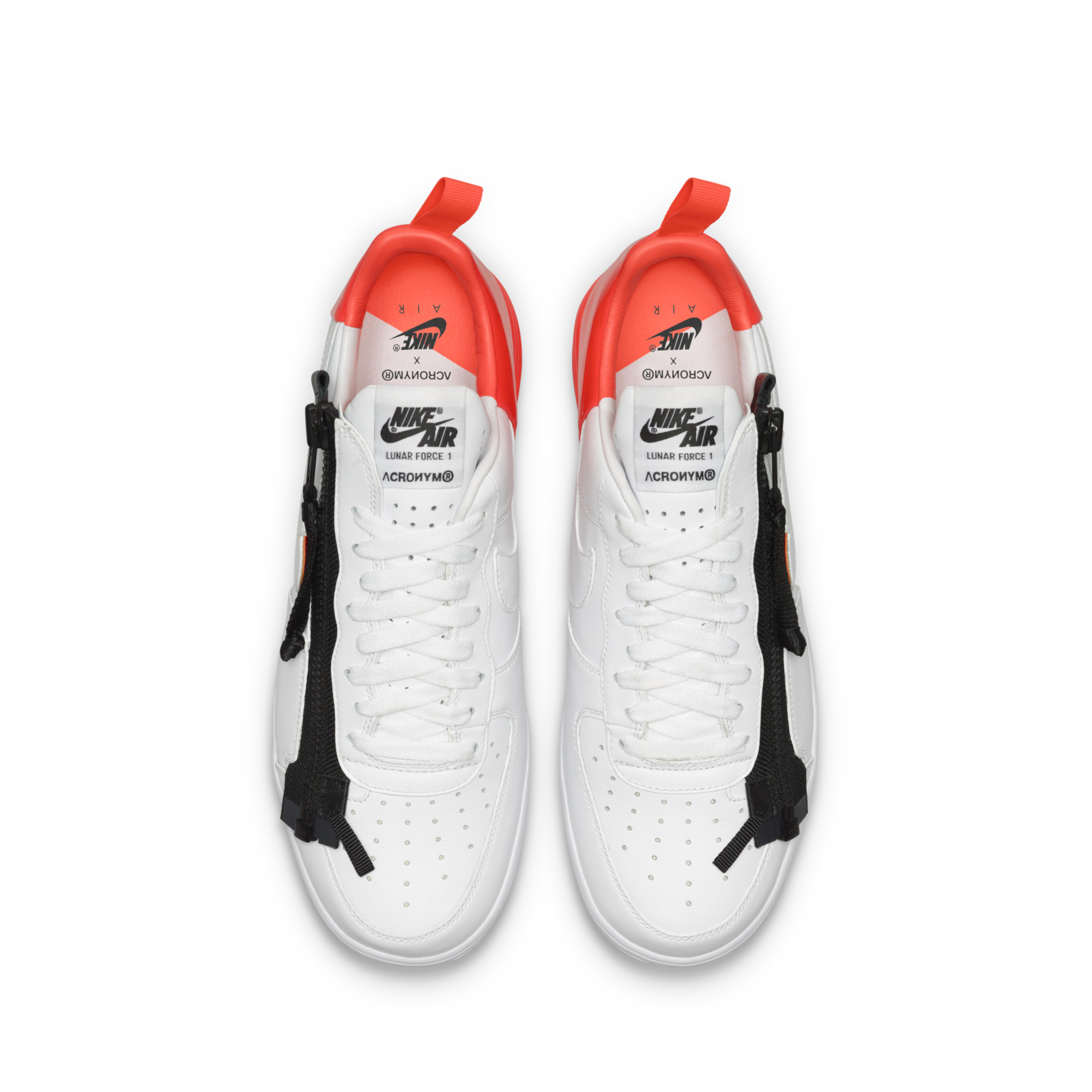 For this project, Hugh and his Acronym® team explored an obstacle facing all athletes: putting on and removing shoes. The process of discovery began with the brand’s unique hands-on, action-based development system. Without the use of moodboards, the team works directly with material, adding, subtracting and experimenting with different elements. Ultimately, this exercise surfaced a solution to the initial design challenge: adding a zipper to the shoe’s upper. “You can tie the laces once, set the tension you want and you never have to deal with the laces again. You just zip in and zip out," explains Hugh. 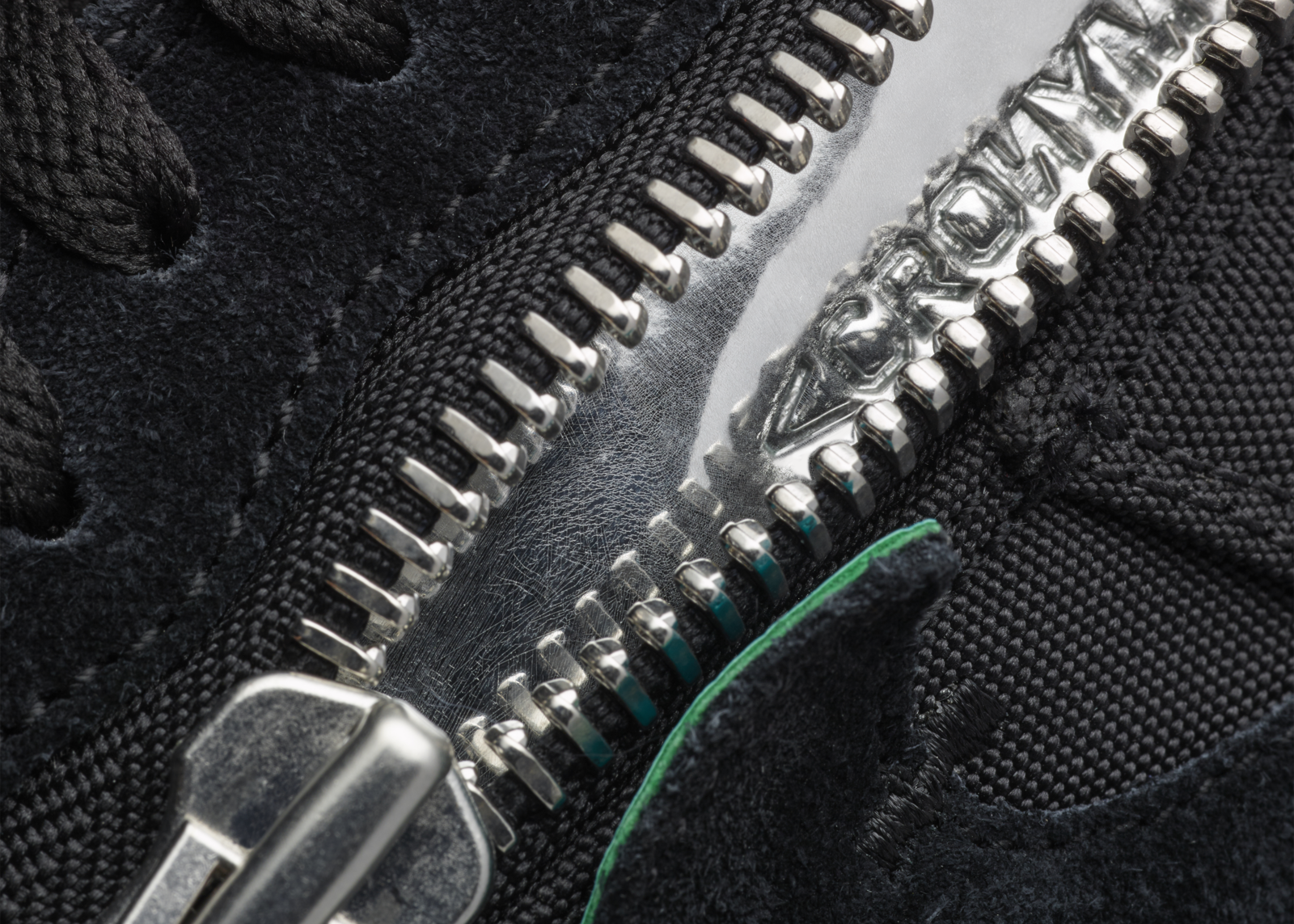 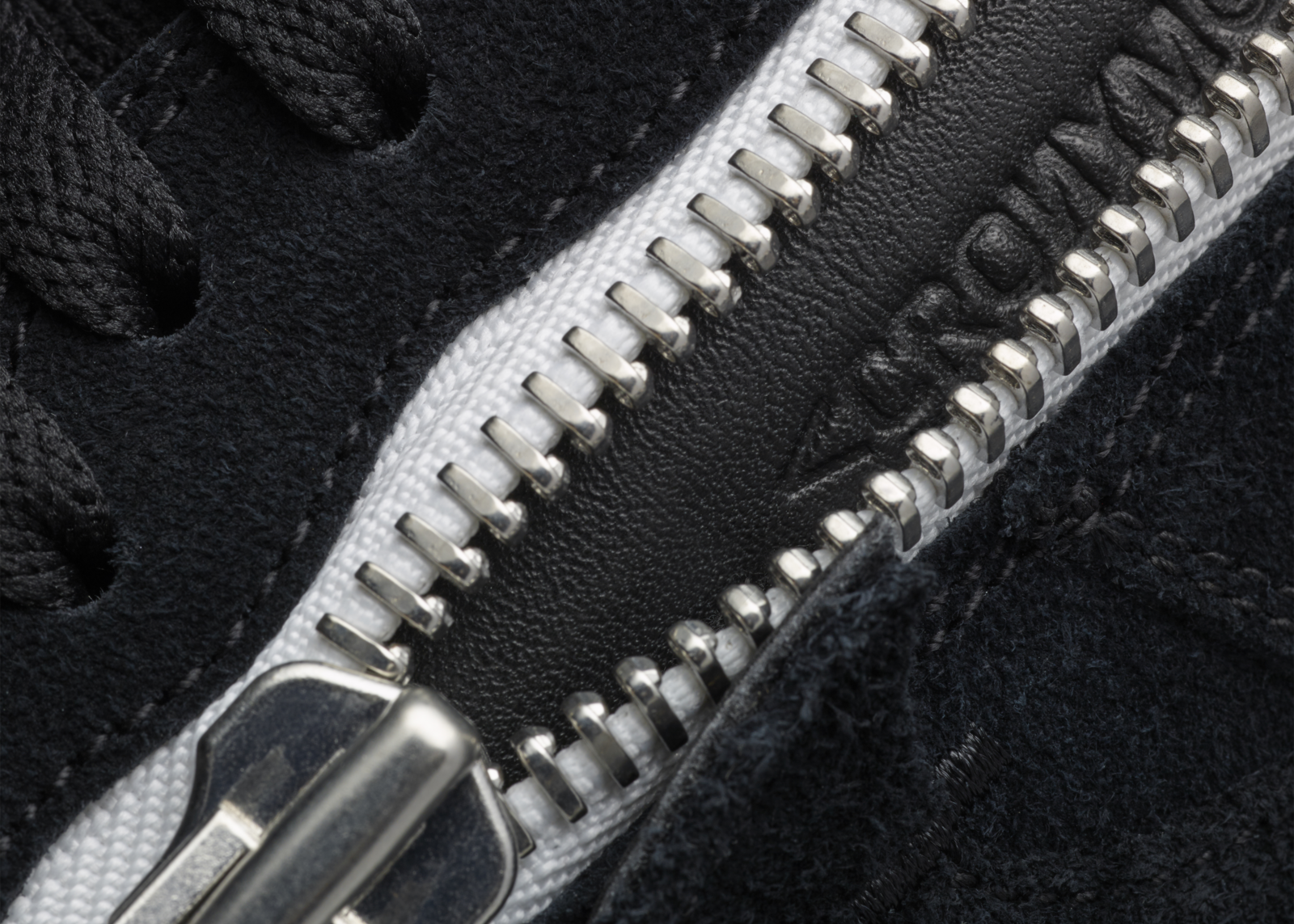 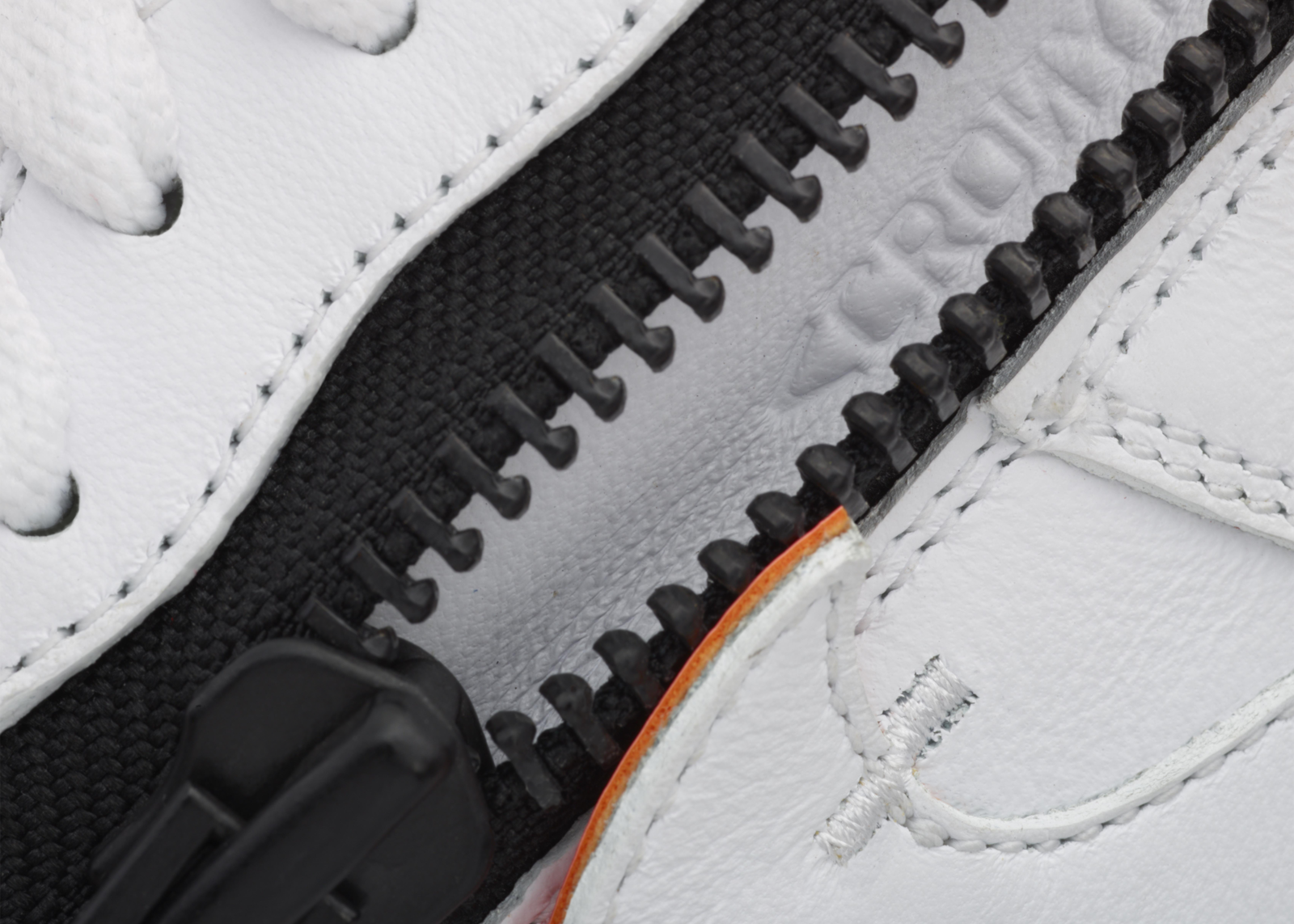 An extended tongue was also added to facilitate the easy on-off functionality. 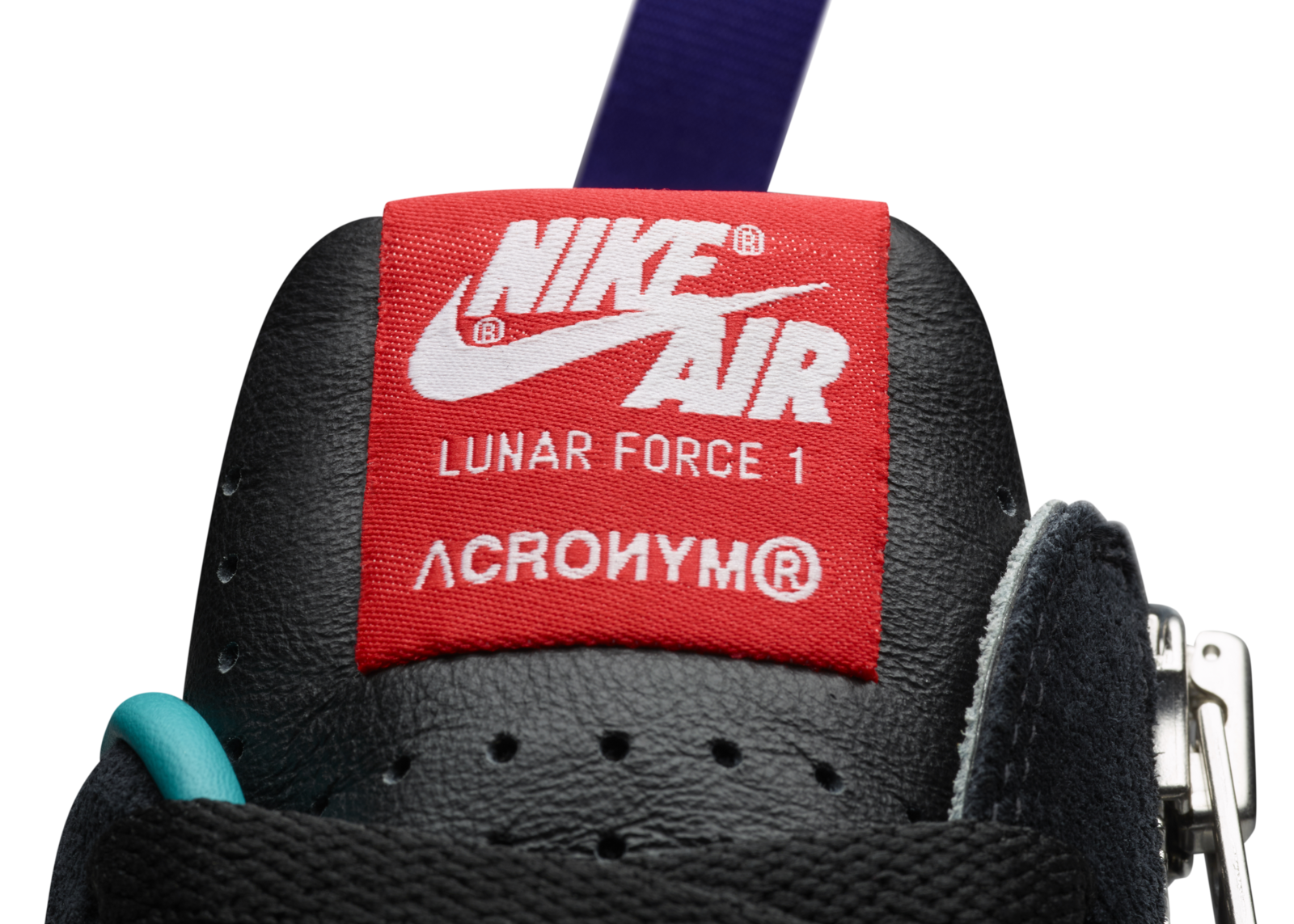 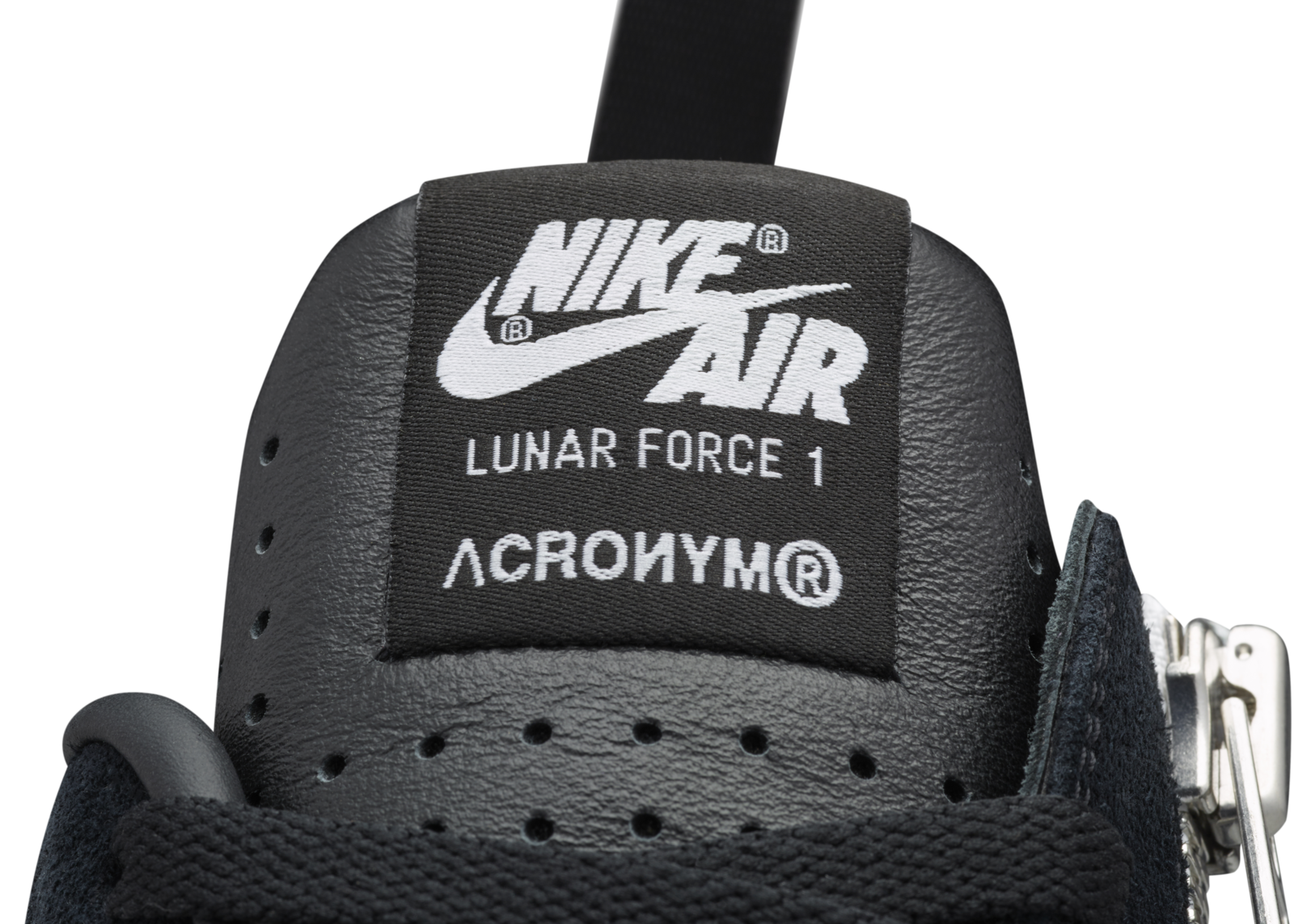 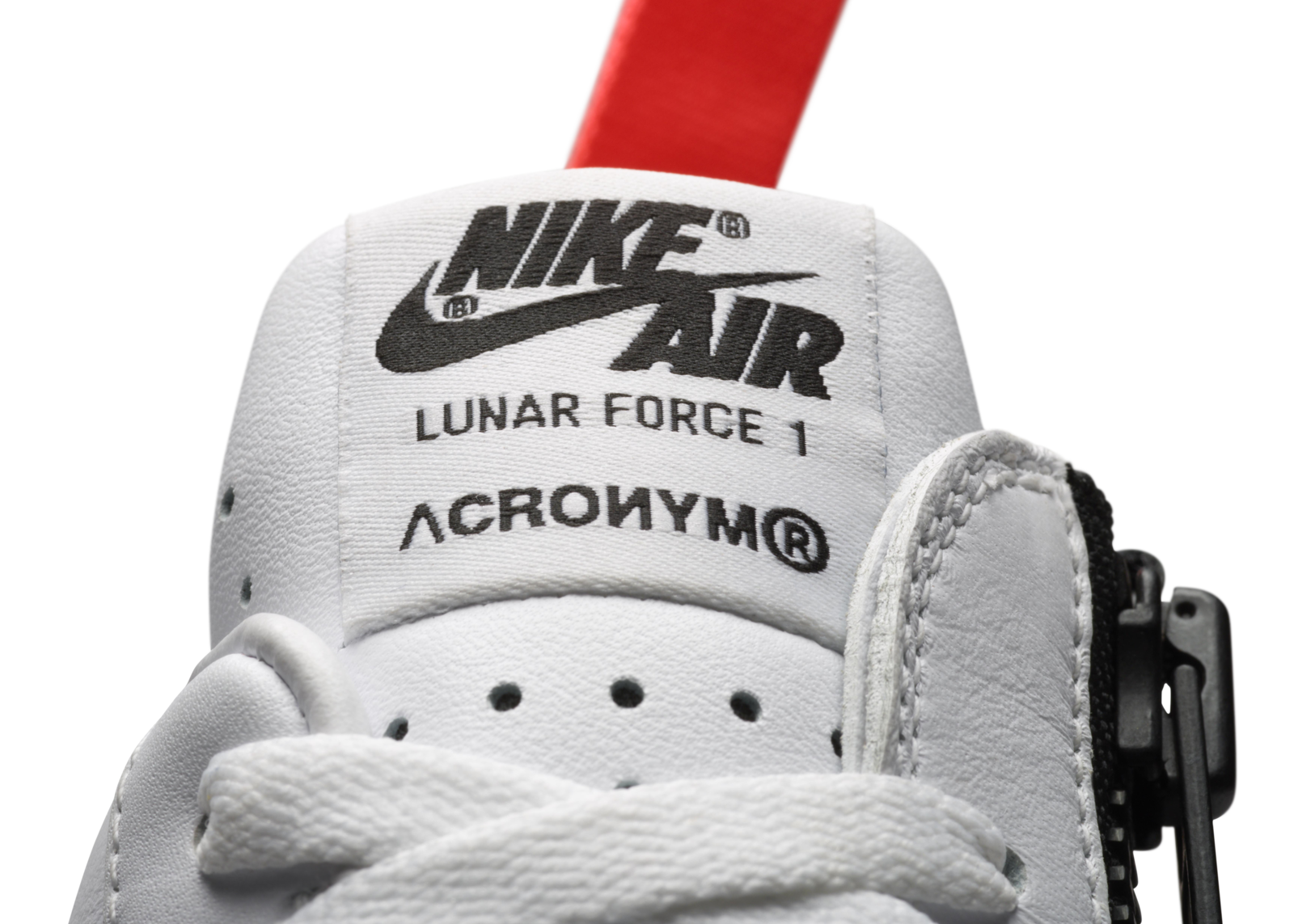 “We took an existing shoe and used masking tape, markers, scissors and glue and mocked a proto up,” Hugh says. “Building it life-size helped us really be sure that, yes, it would work. Your foot would go in and have enough space. It wasn't just an aesthetic exercise.”

The NikeLab Lunar Force 1 x Acronym will be available September 17 at nike.com/nikelab and select global retailers.