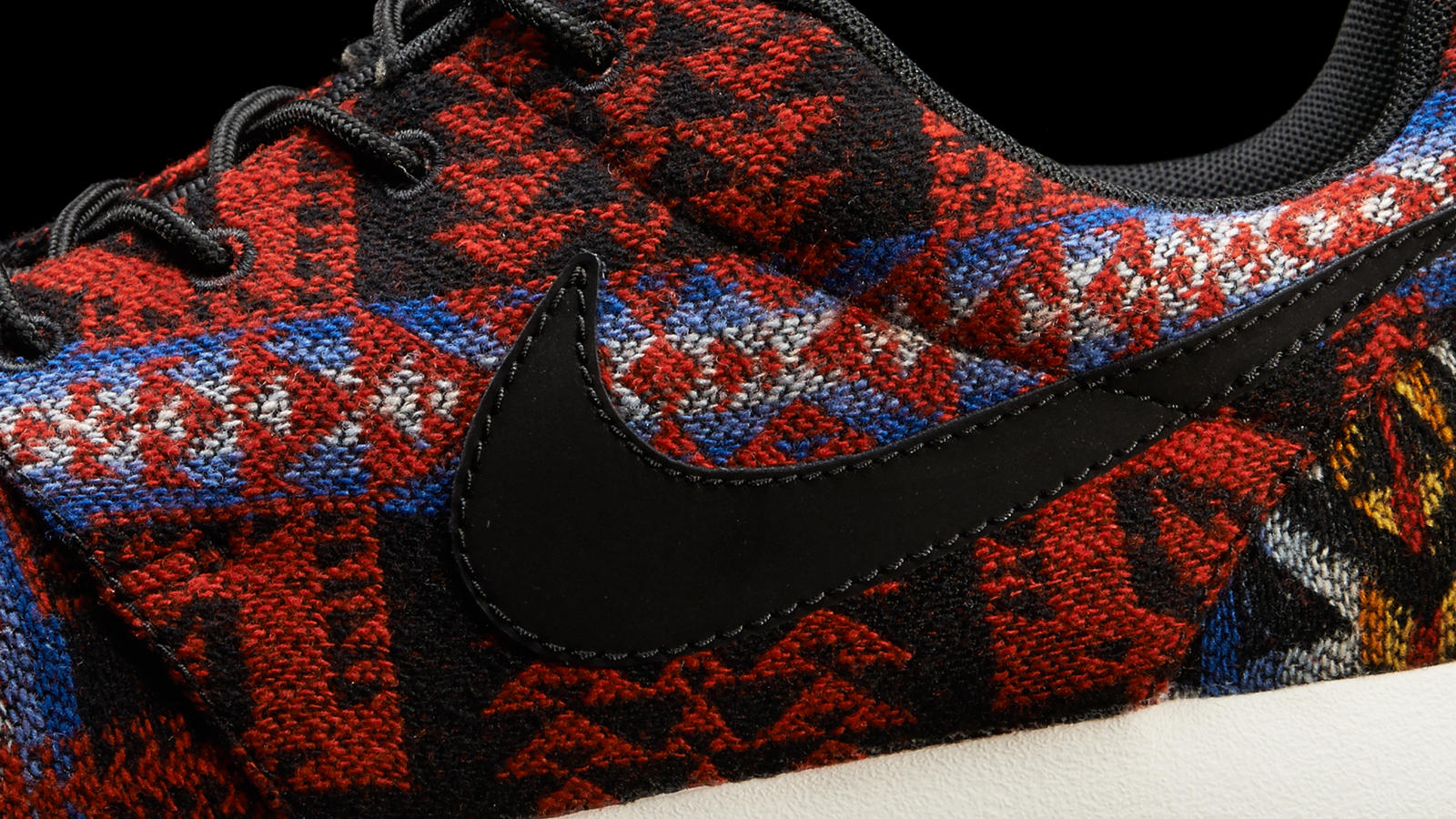 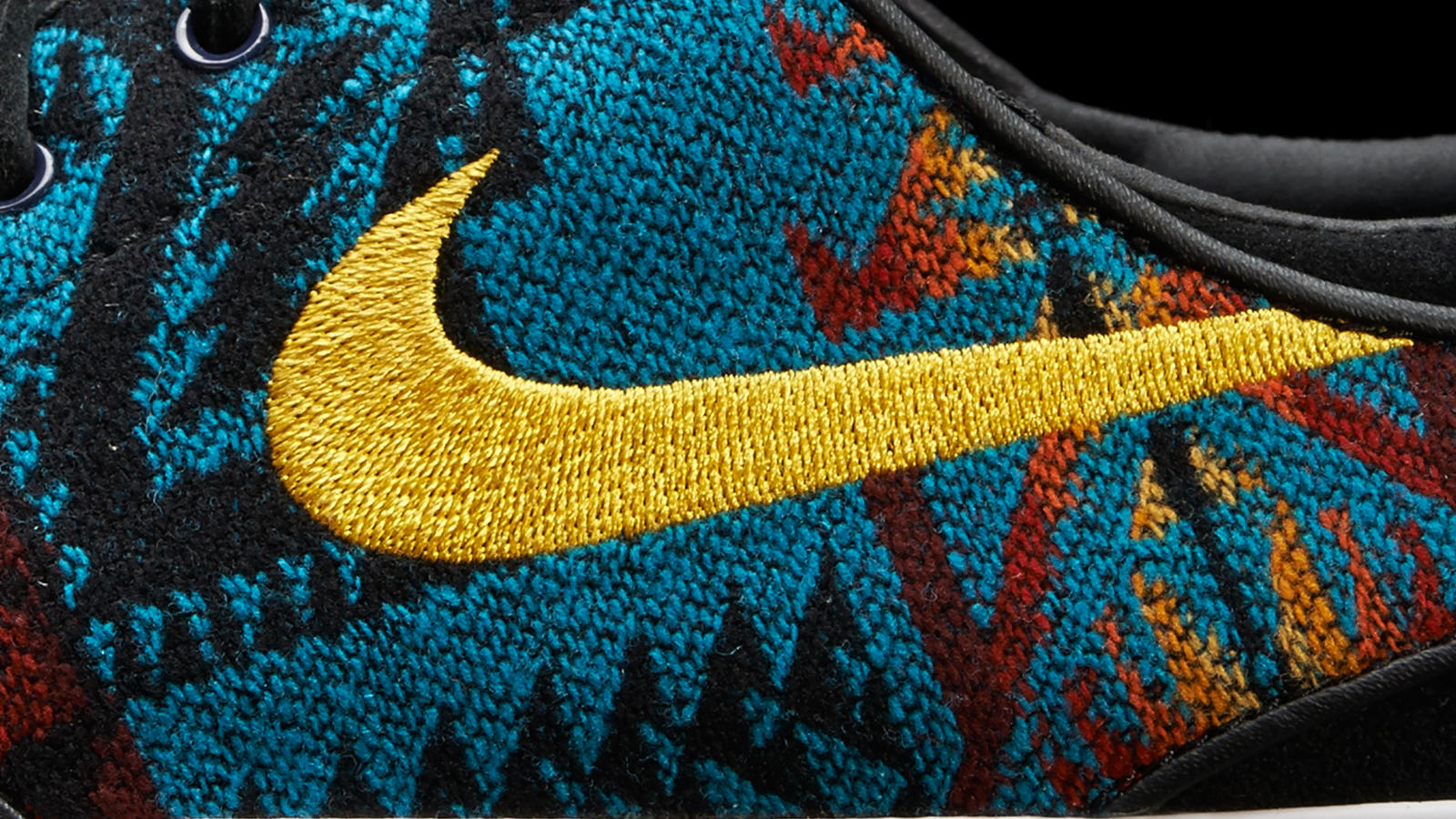 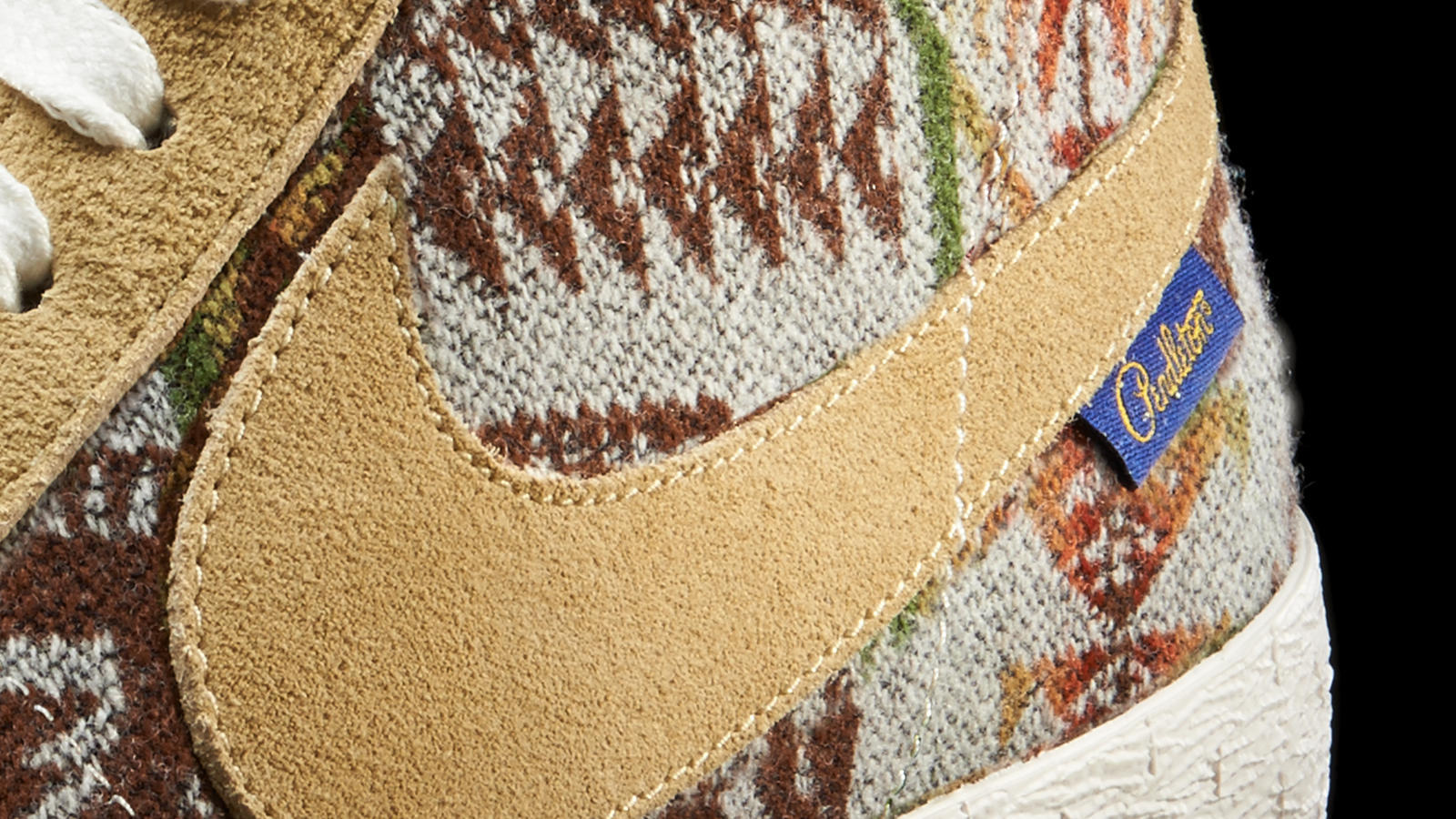 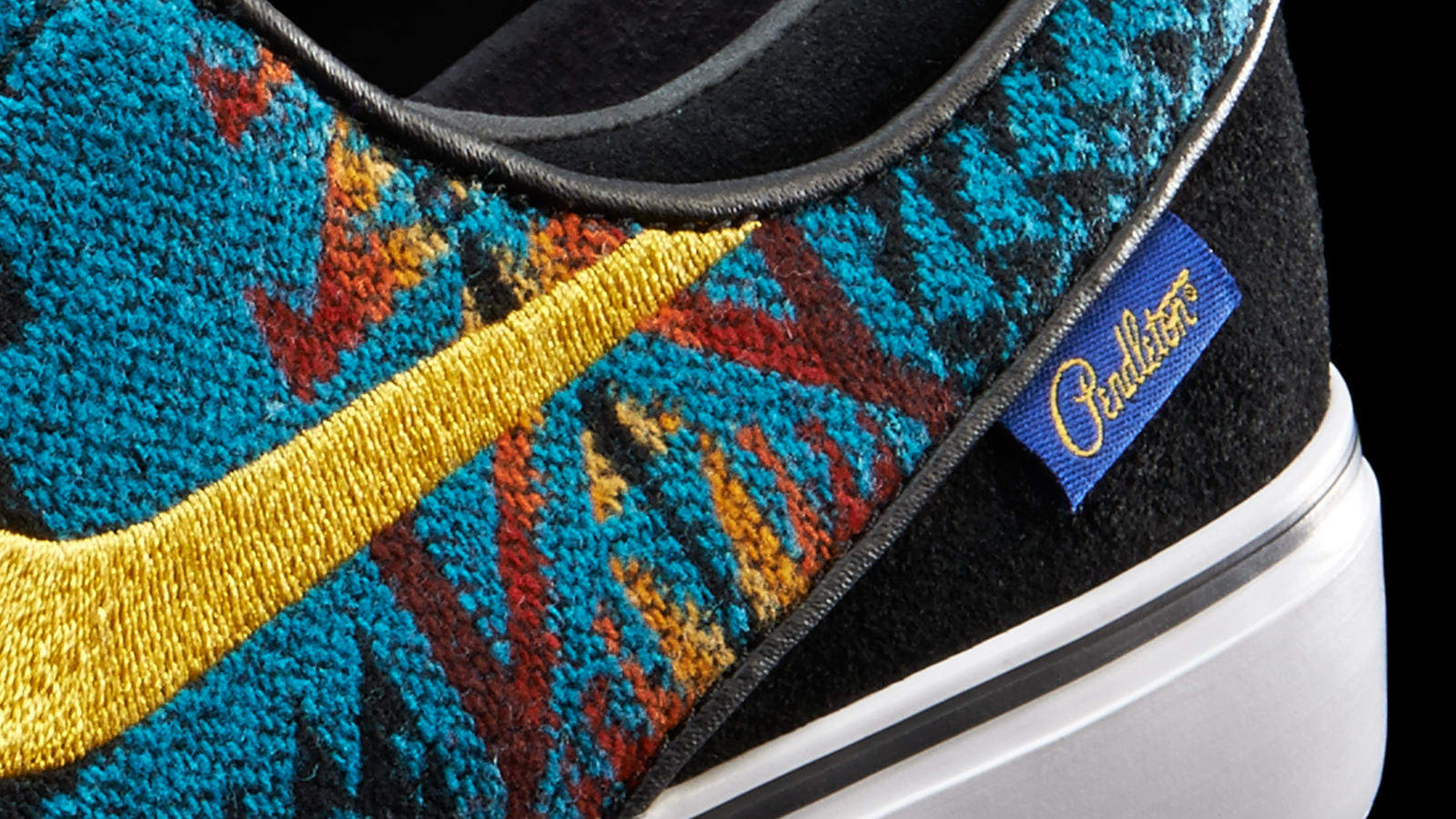 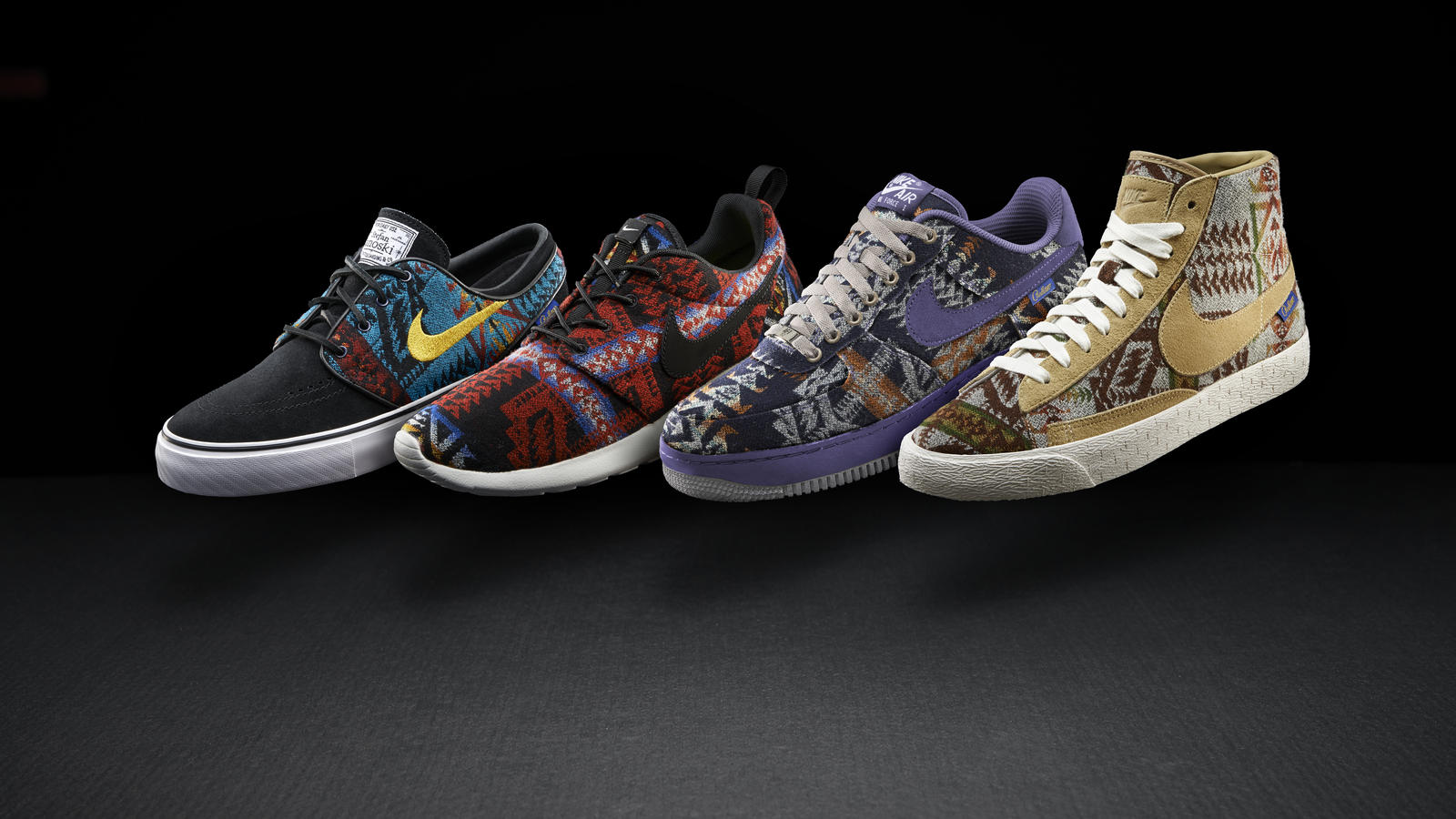 Another basketball icon turned city style staple is the Nike Blazer, which is also available in high or low. For the Blazer there are ten customizable components, eight suede accents and four Pendleton wool options. For added personalization, the tongue can be made of either Pendleton wool or classic white nylon.

The NIKEiD x Pendleton collection launches online in the US and UK on Nov. 4, 2013. The Nike Air Force One High and Low will be available through Dec. 31, 2013. The Nike Blazer Mid and Low, Nike SB Janoski and Nike Roshe will remain on sale through Feb. 15, 2014.