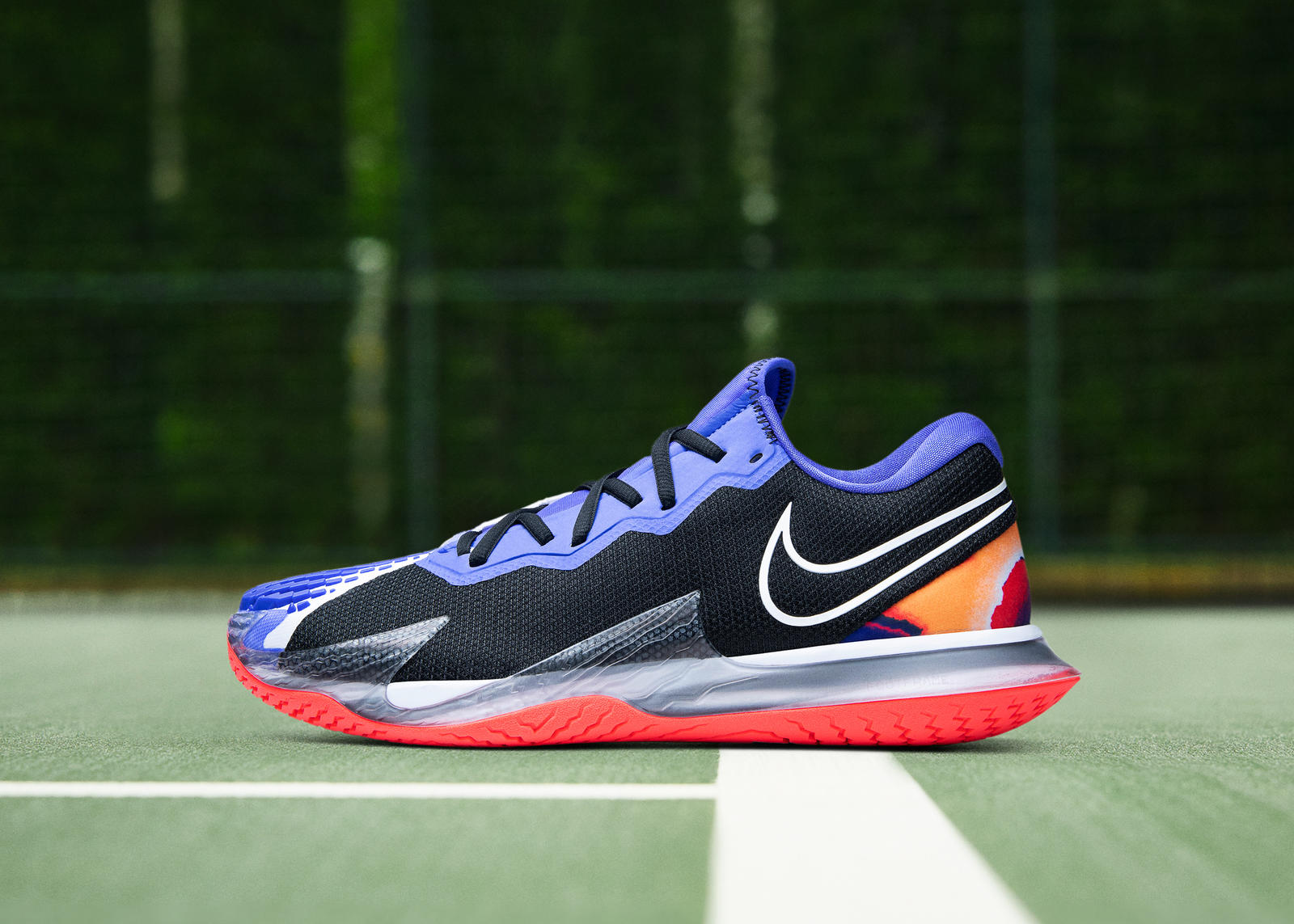 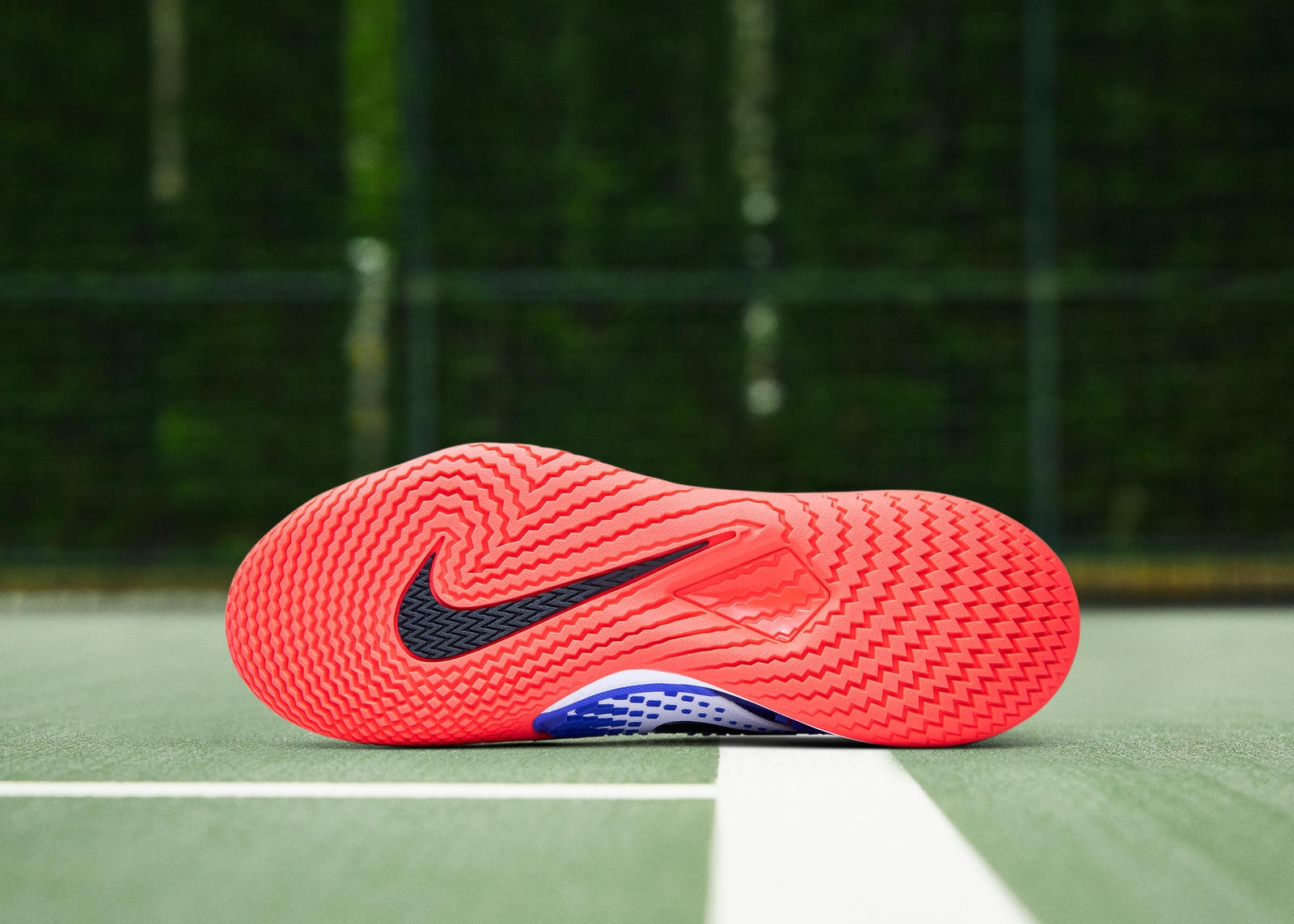 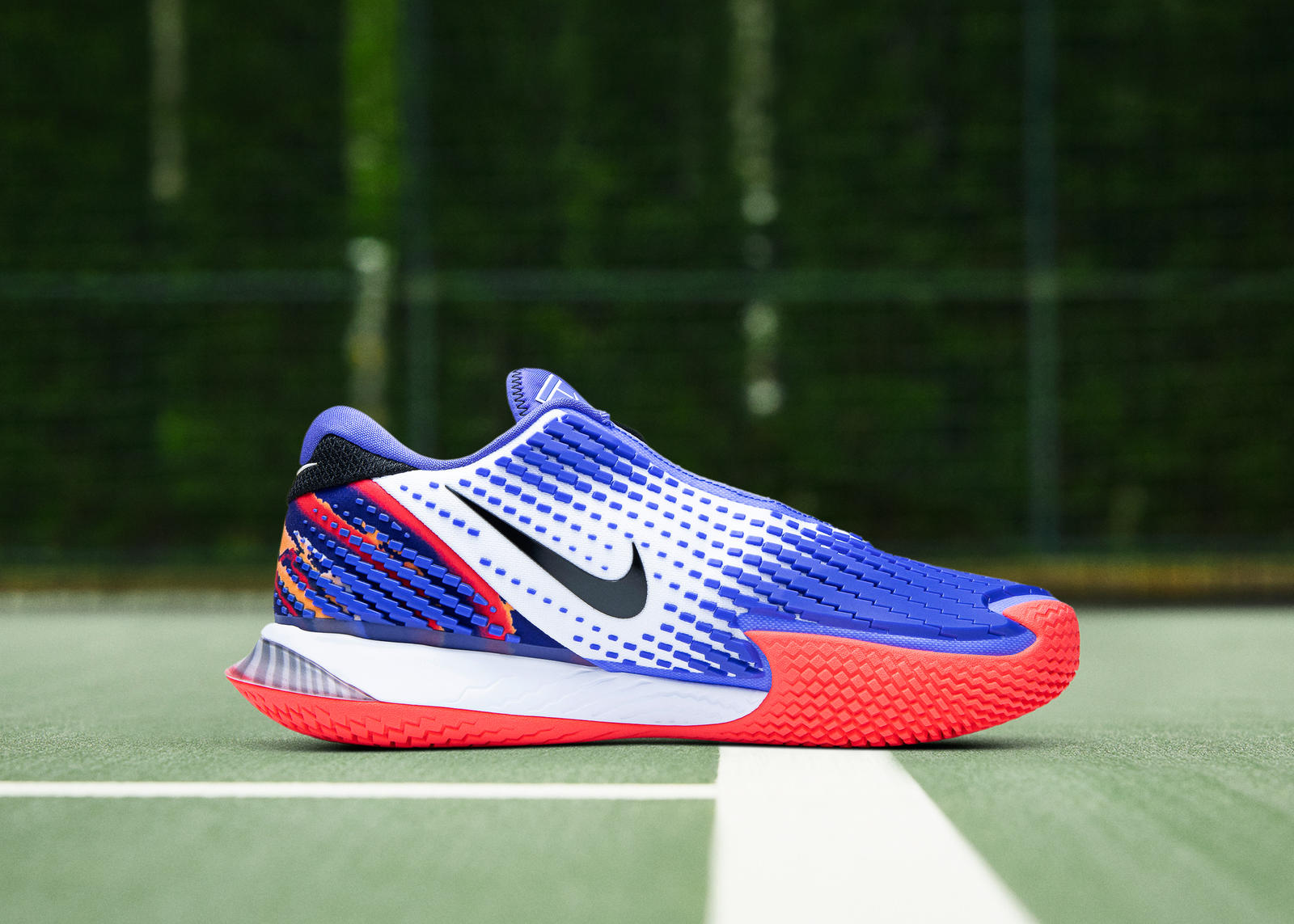 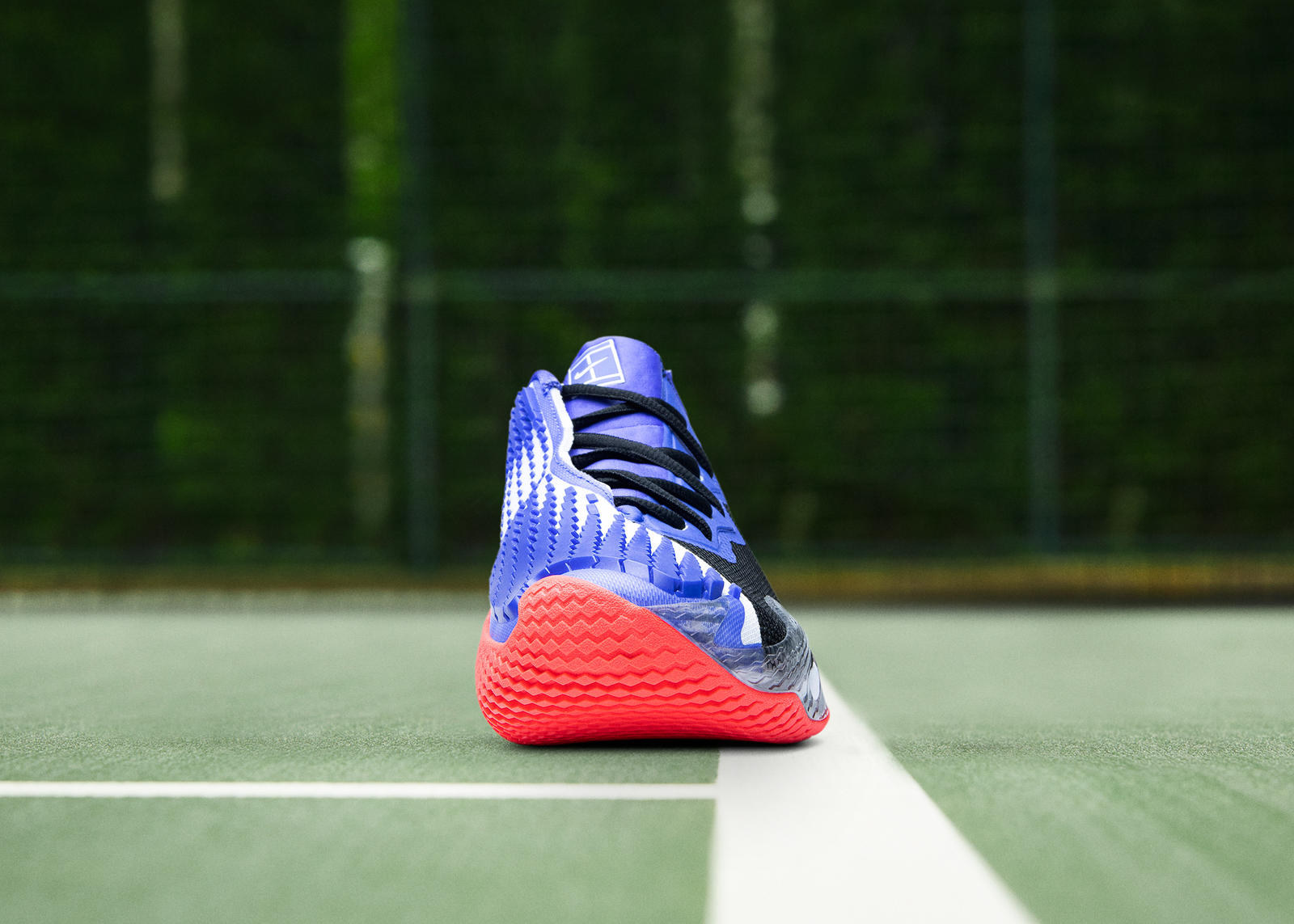 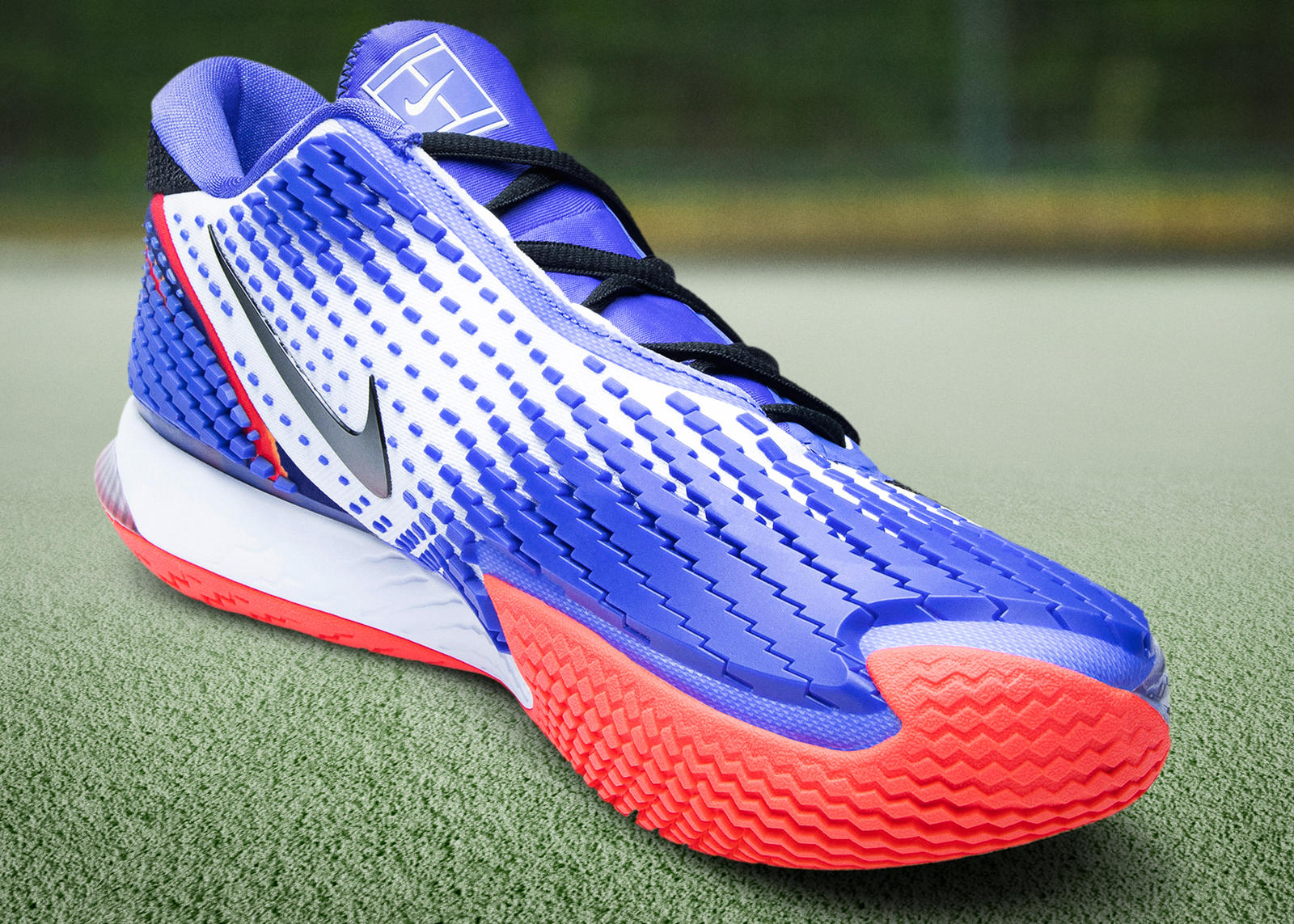 Rafael Nadal’s play is best illustrated by his 2019 victory at Flushing Meadows. Won in dramatic fashion — a close match contested over 4 hours and 49 minutes and concluded in a fifth set — Nadal exhibited all of his intensely athletic game. Time and time again, he’d shoot his frame across the baseline before sprinting back to center court as if drawn by an invisible force.

The way he moves appears innate, but in truth, Nadal is always focused on the nuances of his footwork. Specifically, he wants to ensure he isn't losing time transitioning back to the center of the court, whether to return a serve or to rally. Doing so requires him to efficiently pop back to the forefoot.

The NikeCourt Zoom Vapor Cage 4 focuses on a specific design proposition: How can a performance tennis shoe return more energy and allow for a faster transition to the next hit? The all-court pace of contemporary tennis leaves no margin for error in getting back to position. Even if players are forced into a desperate slide for a return, a smooth transition to the forefoot— and a fast transition at that —can mean the difference between a point won or lost, be it on clay, grass or hard court. 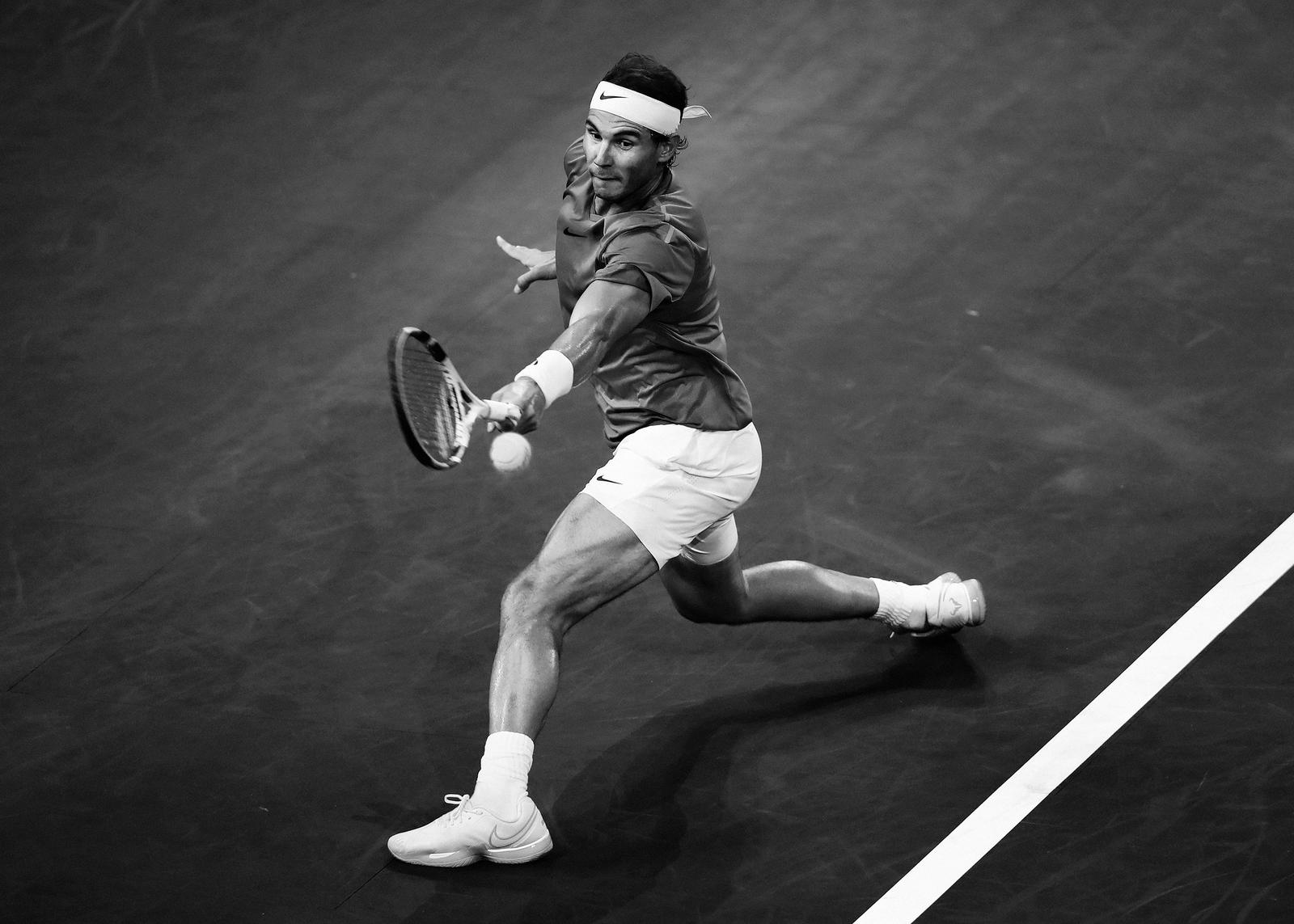 The shoe incorporates the best qualities of two NikeCourt franchises: the durability of the Cage series with the speed of the Vapor line. In the Zoom Vapor Cage 4, these dual characteristics are combined down the middle of the upper for a hybrid split model, encasing the medial side of the upper with the studded, molded traction of the Cage to endure the abrasive drag of the shoe against the court (The laces are hidden here, protecting them from getting blown out). The lateral side is complemented by a sleek upper outfitted by a TPU rand for a rigid propulsion point upon contact with the ground. Underfoot, the forefoot Zoom Air unit provides responsiveness when players are anticipating a serve and shifting across the baseline. The fit is adjusted in a burrito-style bootie to provide containment.

The NikeCourt Zoom Vapor Cage 4 releases January 15 on nike.com and at select retailers and Nike doors (The Grove and Nike Las Vegas).

Update: The NikeCourt Zoom Vapor Cage 4 releases December 15 on nike.com and at select retailers and Nike doors (The Grove and Nike Las Vegas).