Celebrate the Athleticism of Yoga 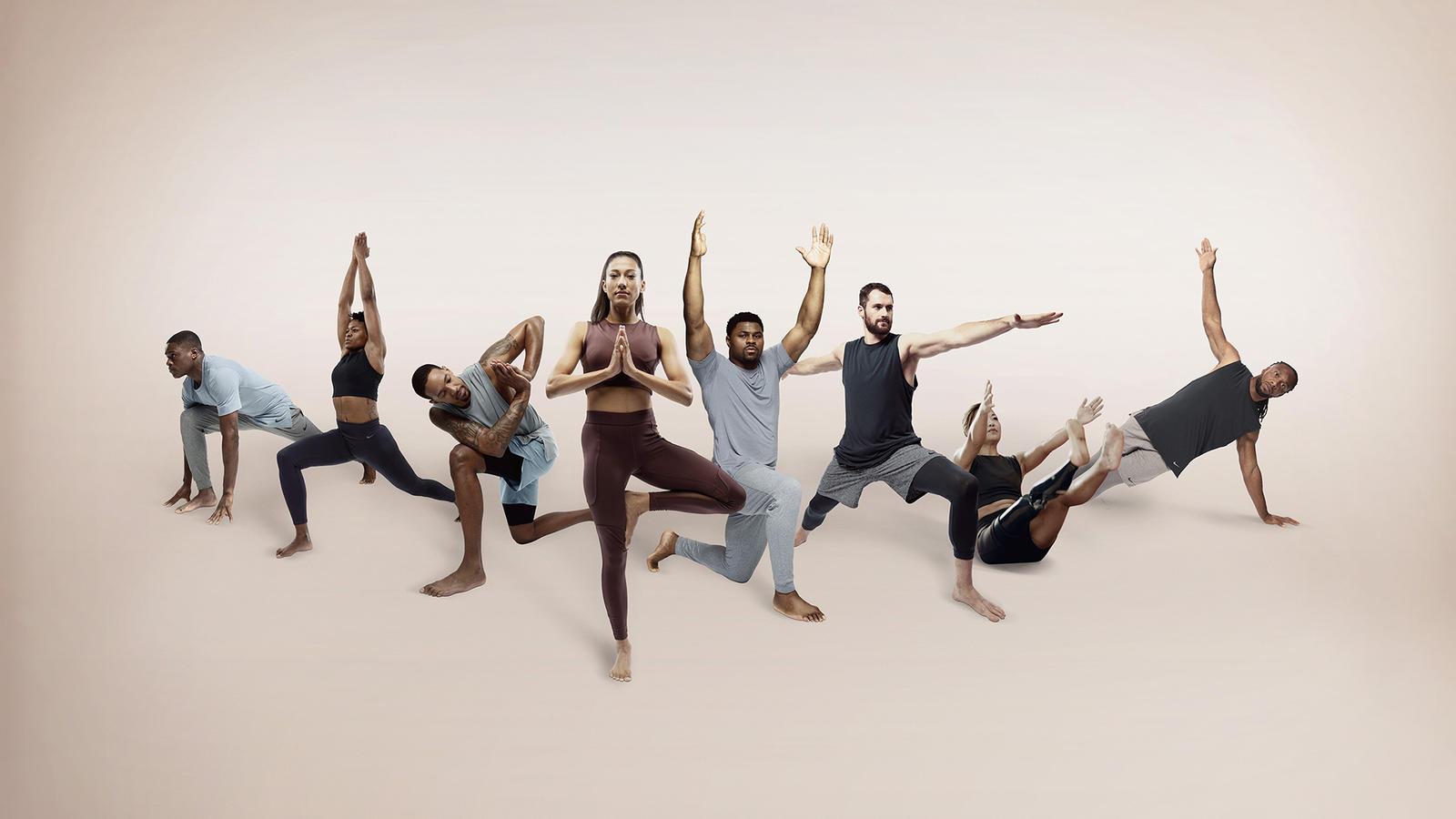 There’s a secret workout weapon many competitive athletes, from skateboarders to sprinters, have in their sport-performance arsenal: yoga.

4 Pro Athletes Who Get An Edge From Yoga

Skateboarder Korahn Gayle
“Sometimes I’ll spend eight hours just skating ’round the city, maybe trying a trick —the same trick — for two hours straight. Then I wake up the next day super-sore and restricted in places. Or I can’t try a trick because my hip or groin is too tight. But after doing yoga, I’ll feel way freer and I can let my body flow how I want it to on a skateboard.”

WNBA Player Alana Beard
“In order to be a great defender in the WNBA, you must be able to move your hips well. Practicing yoga has had a direct correlation to the way I play defense on the court because of the hip mobility and flexibility I have grained from the triangle pose.”

Competitive Fitness Athlete Dennis Hartmann
“I had shoulder issues in the past, and yoga has definitely improved my mobility, which I notice in my overhead squat. I also used to have tight hips, and the hip openers and breathing I do in yoga has helped me get more range of motion, so I can go deeper in a squat and still have so much stability.”

U.S. Paralympian Track & Field Athlete Scout Bassett
“Yoga’s seated fold is very similar to the position you need to be in to land a long jump — legs straight, arms out fully, your chest almost meeting your quads. To have that kind of flexibility is tremendous. And I believe a lot of people think running is just all legs and arms, but it’s really important to engage your core and have good mechanics, which is so much of what yoga is about and why it translates to sprinting."

That’s why Nike is focused on finding new ways to help athletes experience the benefits of yoga. That includes debuting a new collection of yoga workouts on the Nike Training Club app in January. The “Enhance Your Training with Yoga” Collection groups like workouts to help you accomplish specific performance goals (such as finding strength and stability, improving endurance and getting more flexible) so you can use yoga to take your training to the next level.

Additionally, Nike is releasing its first apparel collection created specifically for yoga. The Nike Yoga Collection from Nike Training features pieces designed to offer ease of movement, versatility and support whether you’re mastering handstands or just doing it for the savasana.

This is Nike’s first yoga-specific apparel for men 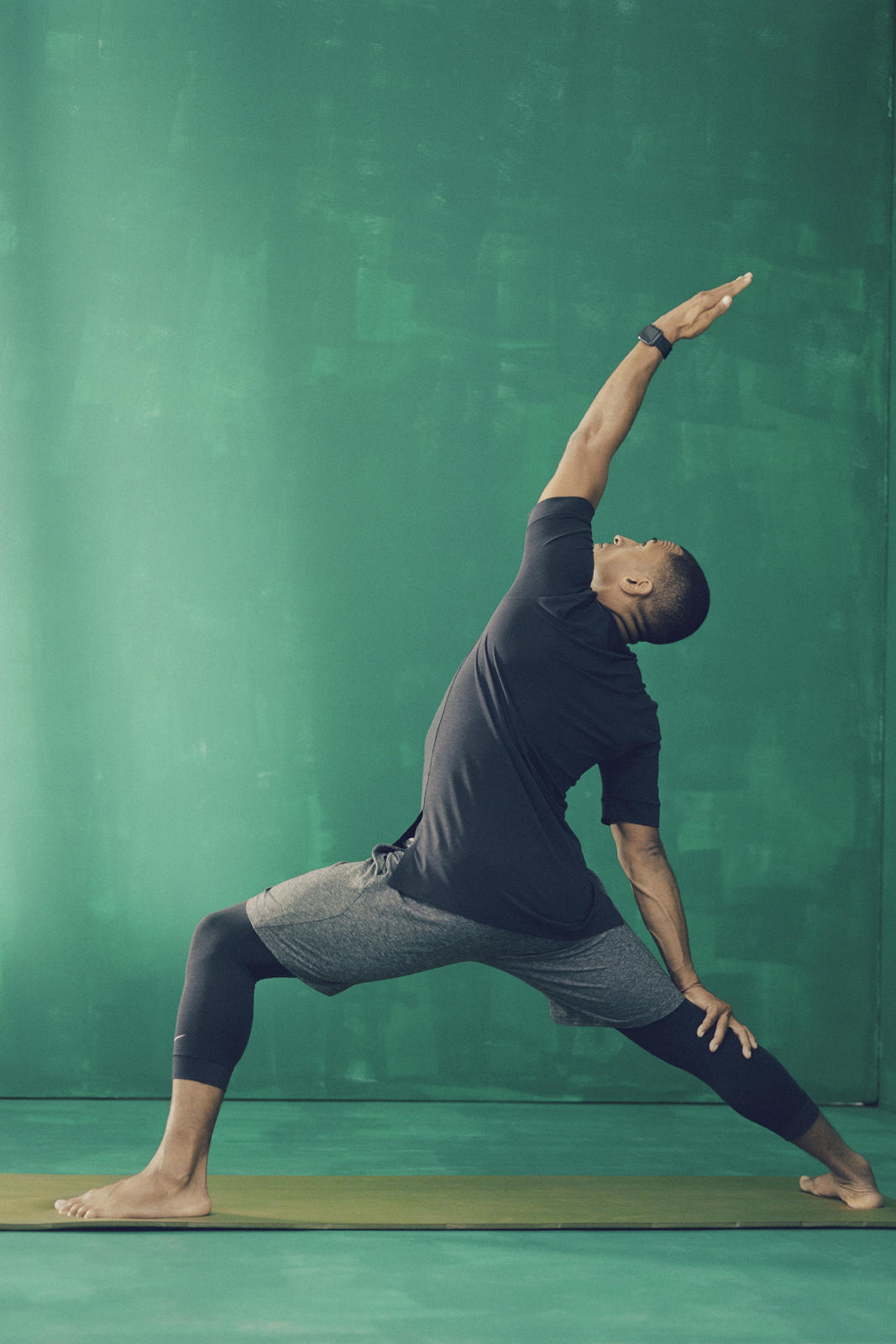 The long hem on the men's tee is designed to prevent the shirt from riding up during lengthening poses. 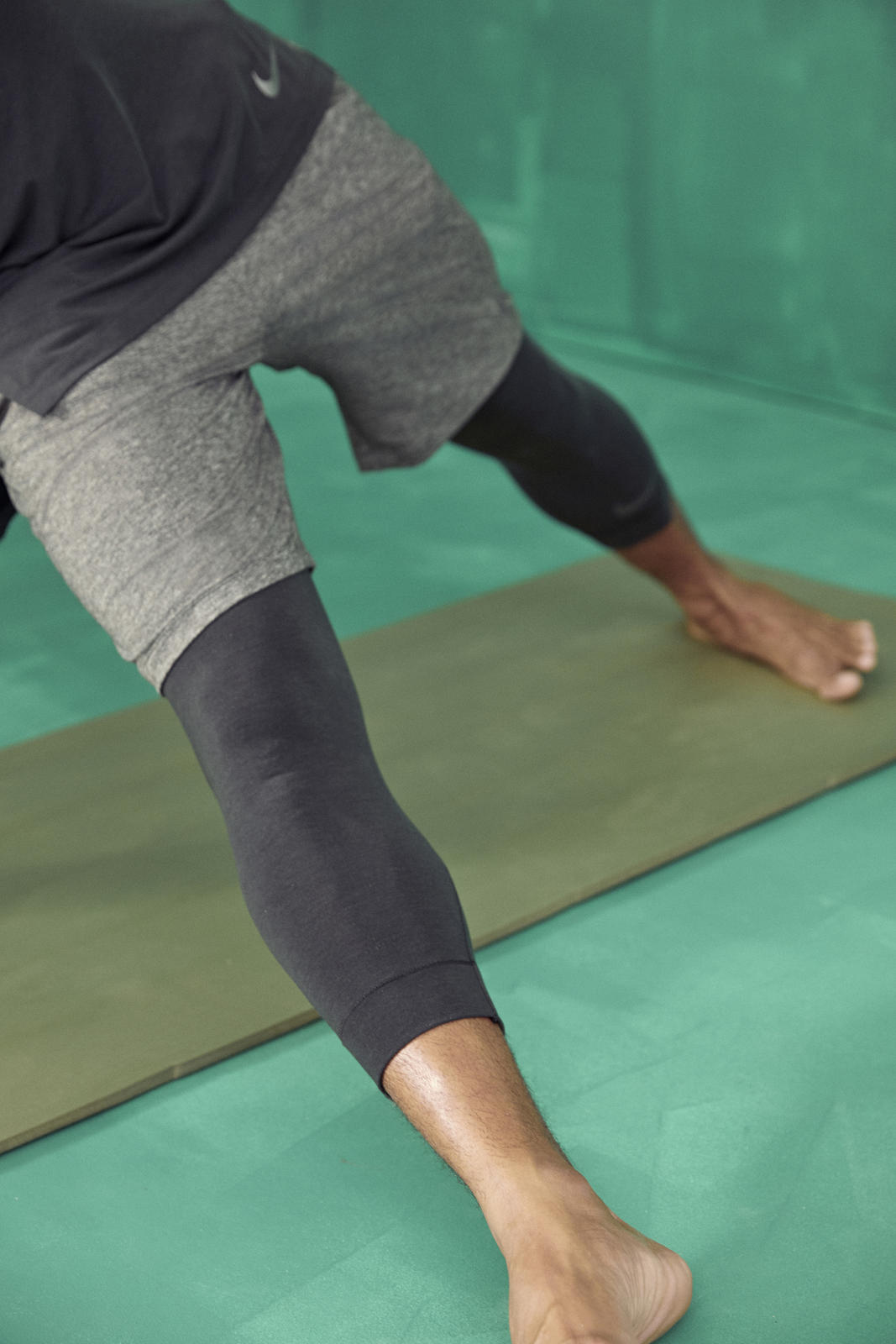 A rib inset in the tight stretches and vents. 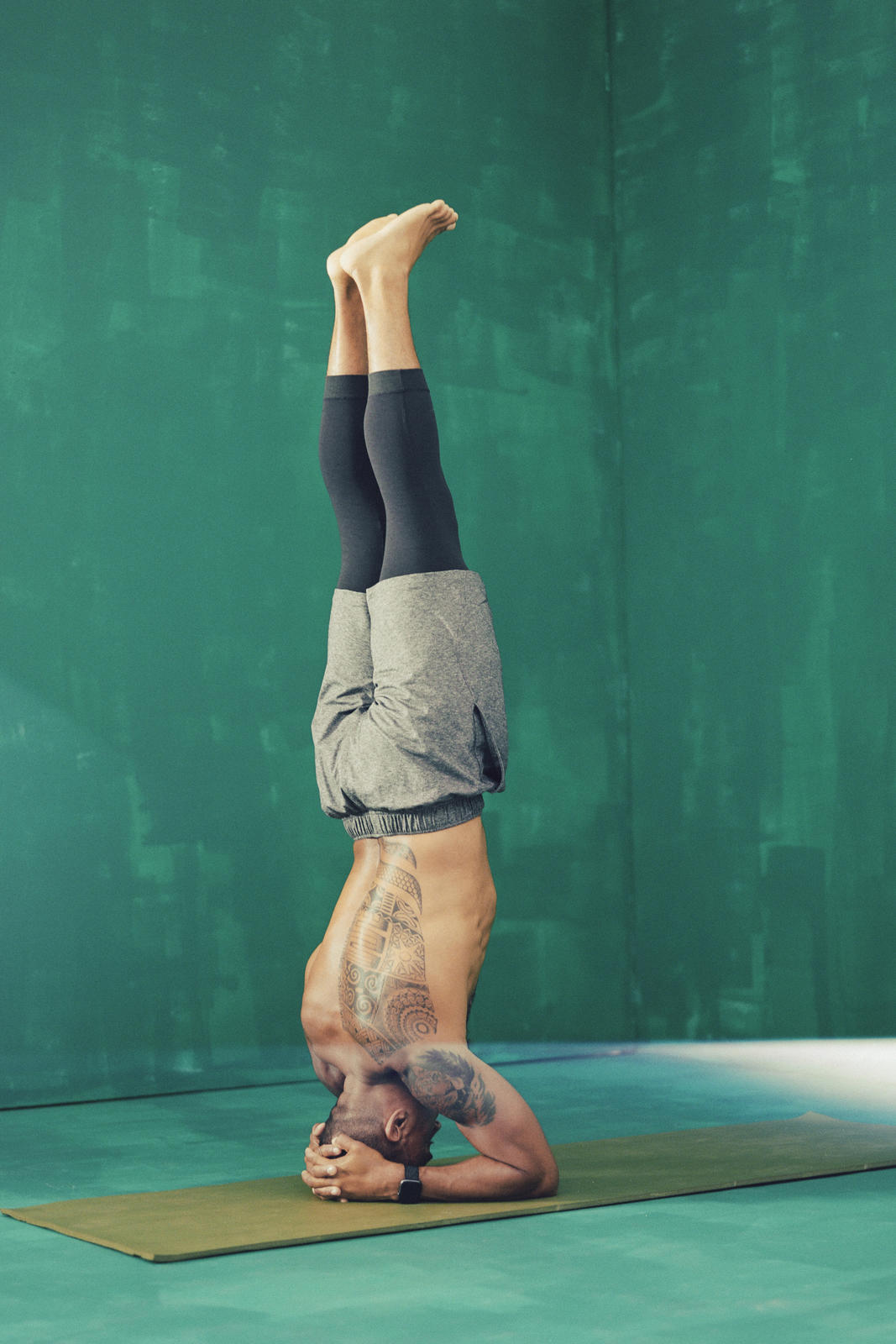 The short’s slim, straight opening keep them in place during inversions.

5 Reasons Every Athlete Should Add Yoga to Their Training Regimen, according to Ryan Flaherty, Senior Director of Performance at Nike

A peek at the women’s pieces 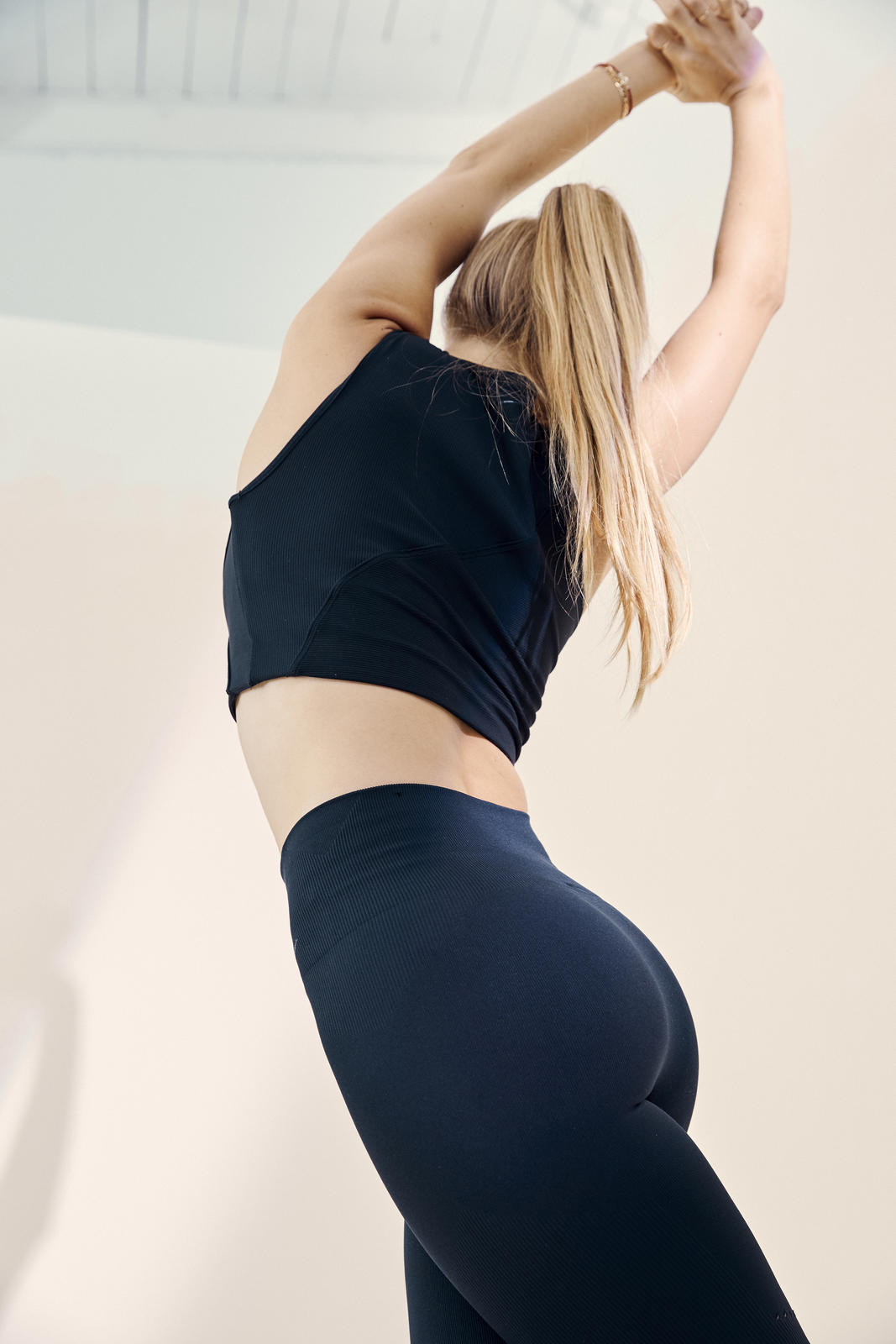 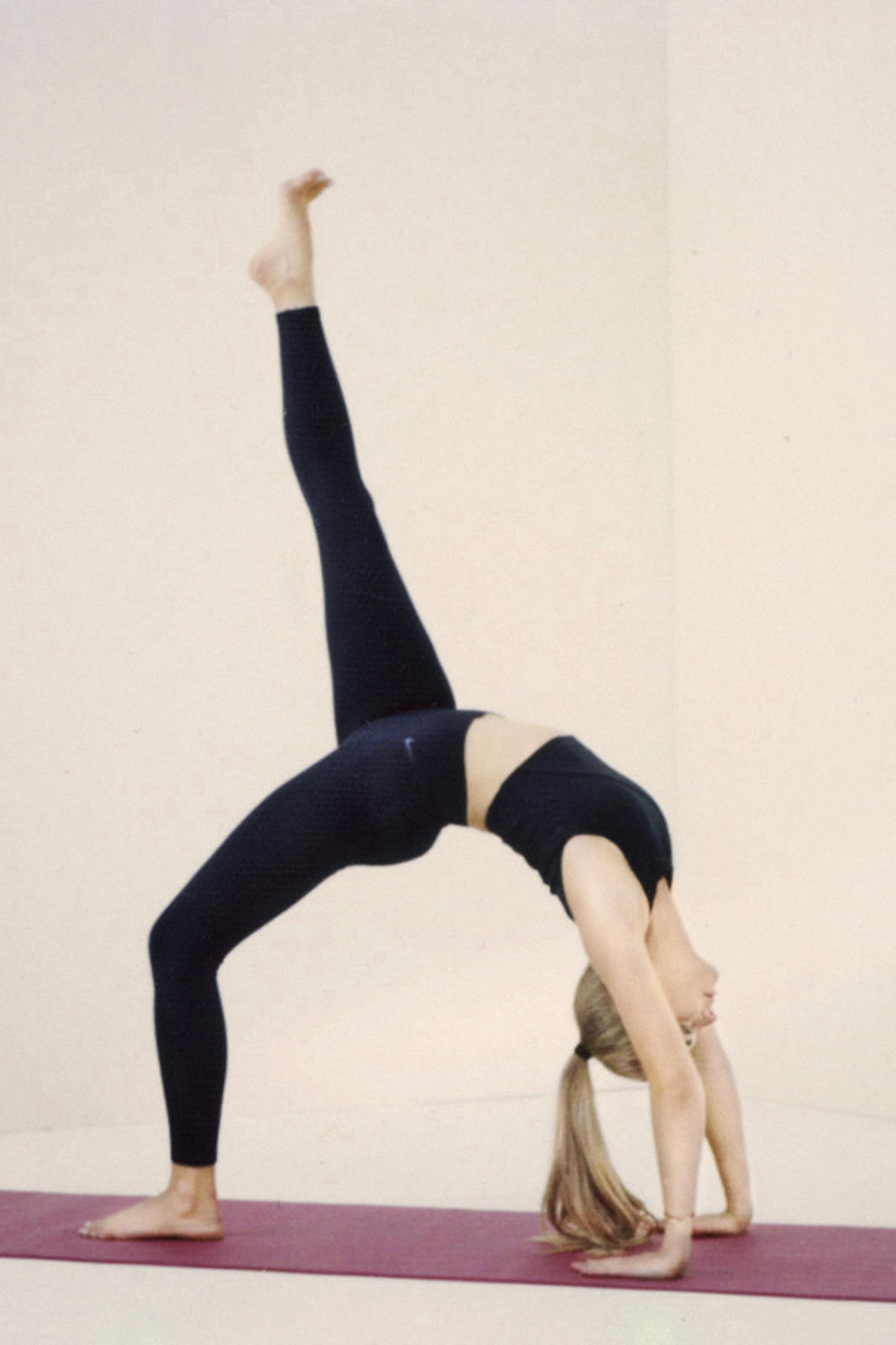 A high-neck tank provides coverage during inversions and forward folds. 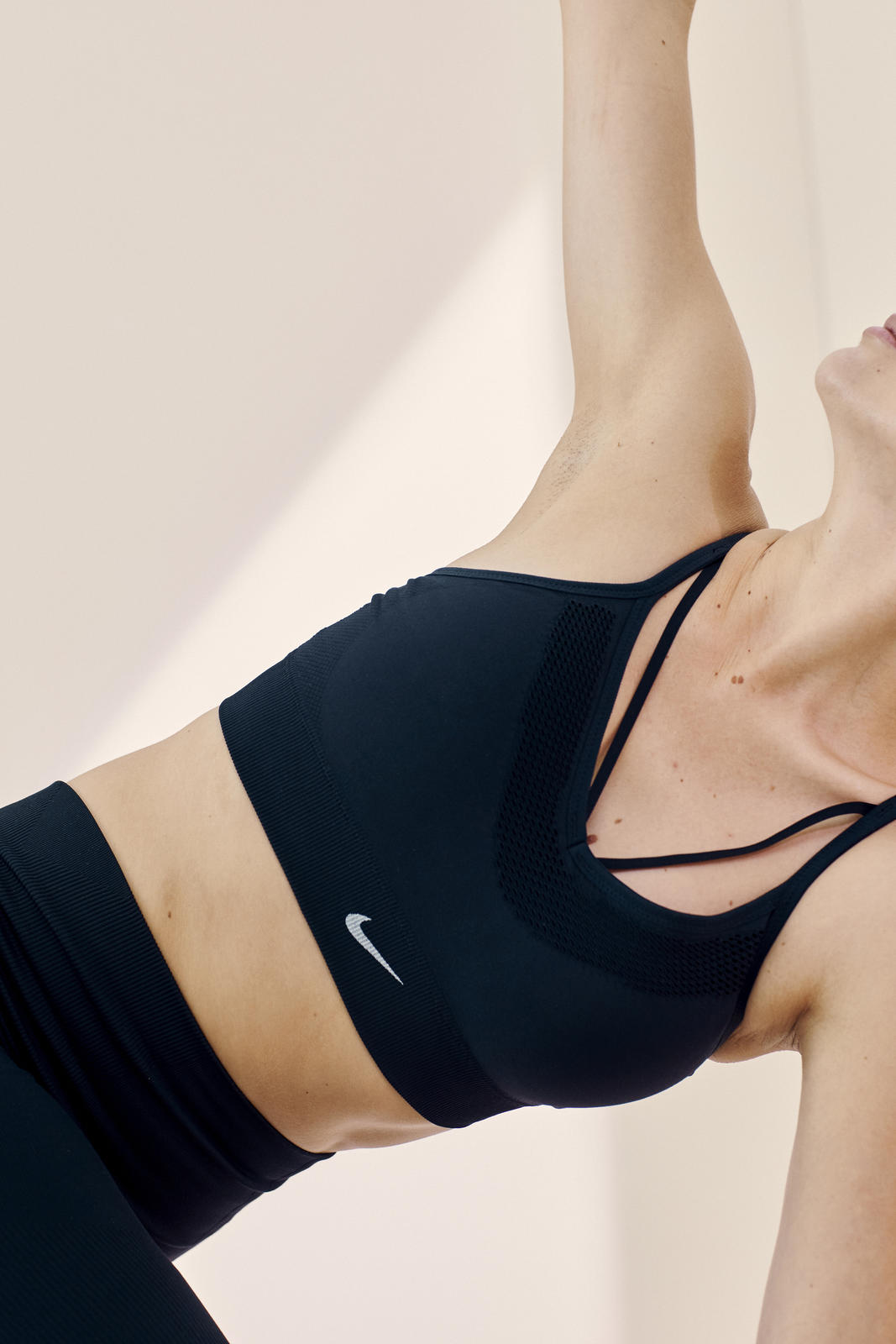 The Nike Yoga Collection from Nike Training will be available beginning January 2019 on nike.com and in stores globally.