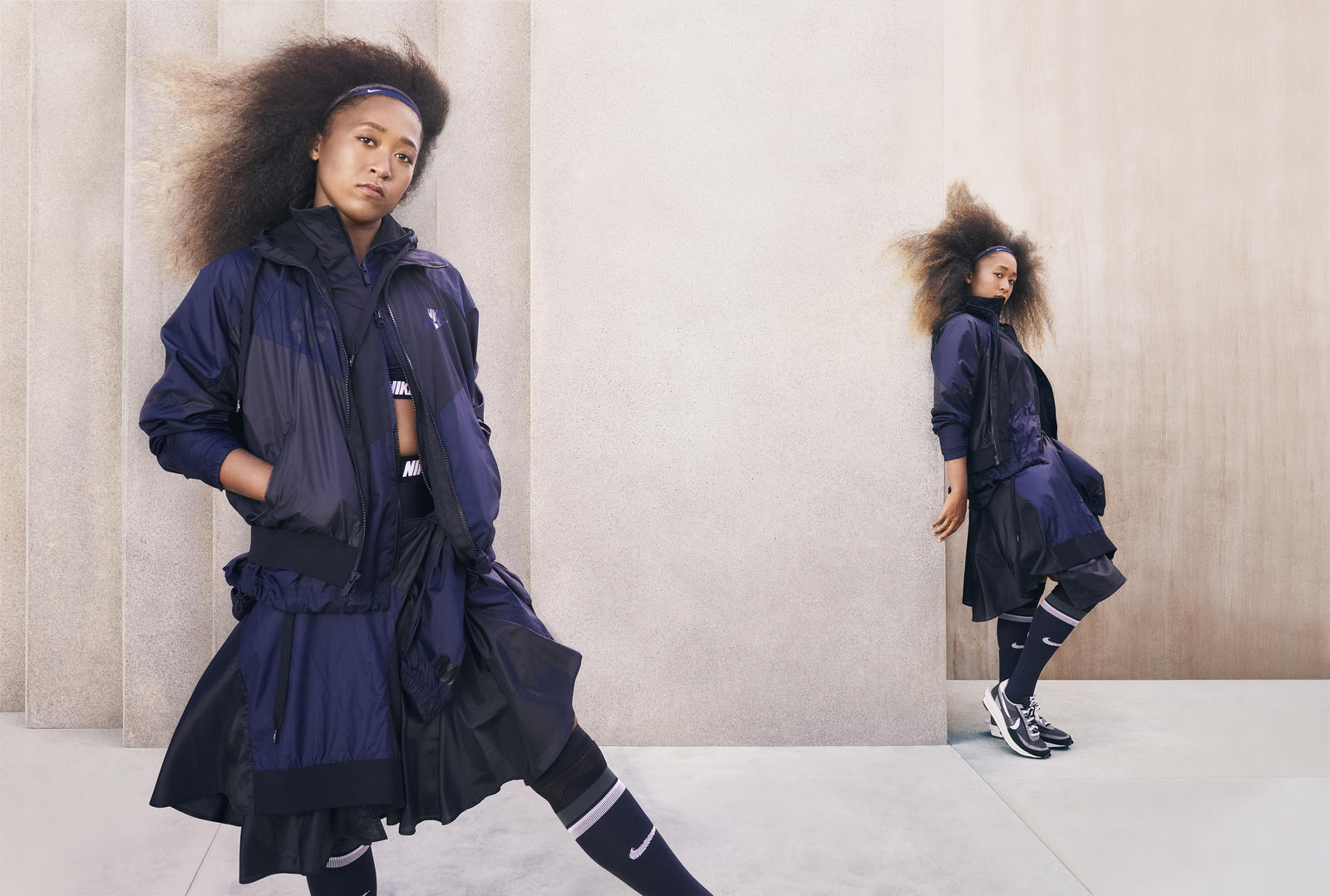 Chitose Abe describes intuition as a guiding force. Things have to make sense for the sacai founder, even when creating something never-before-seen. Her latest project with Nike follows accordingly. The 11-piece collection combines the past and present of Nike’s running apparel innovations through a tour de force of strikingly-contrasted logos, patterns, colors and hemlines.

The output channels Abe’s signature design language, which brings a new irreverence to running style and extends a partnership with Nike that began in 2014. "sacai was just at the beginning of its foray into the international realm,” says Fraser Cooke, Special Projects Senior Director. “We saw immediately that Abe is very good at mixing up sportswear with high fashion. One of the things that we thought was really interesting about working with sacai was her way of layering and draping.”

Belief in Abe’s work with sportswear and military icons has rung true. 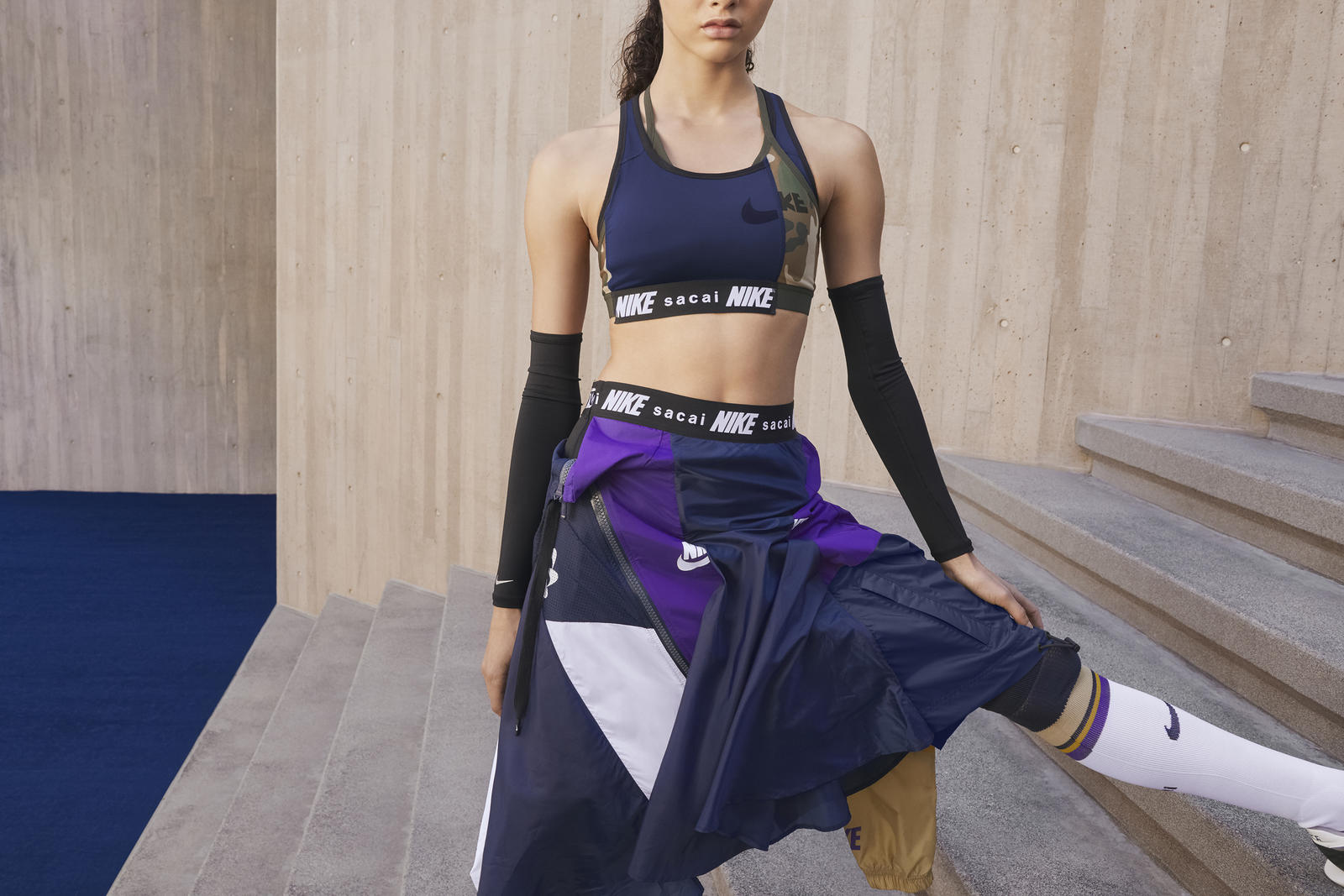 The Nike x sacai skirt is ispired by the styling of a jacket, like the Nike Windrunner, tied around the waist.

“Often, I take the things I like from two different items of clothing and splice them together to create a whole that is bigger than the sum of its parts," explains Abe. "I express the end result as a ‘hybrid.'"

Her capacity to deconstruct and reconstruct ideas — a hallmark of sacai — gives an unmistakable character to the current collaborative effort. The process also allows for a twofold hybridization. The first is a melding of ideas, the second in true balance of activity.

“There has to be a genuine interest or connection in order for me to create something new and unexpected," says Abe. "Another important thing is that the partnership needs to contribute exactly half the work." 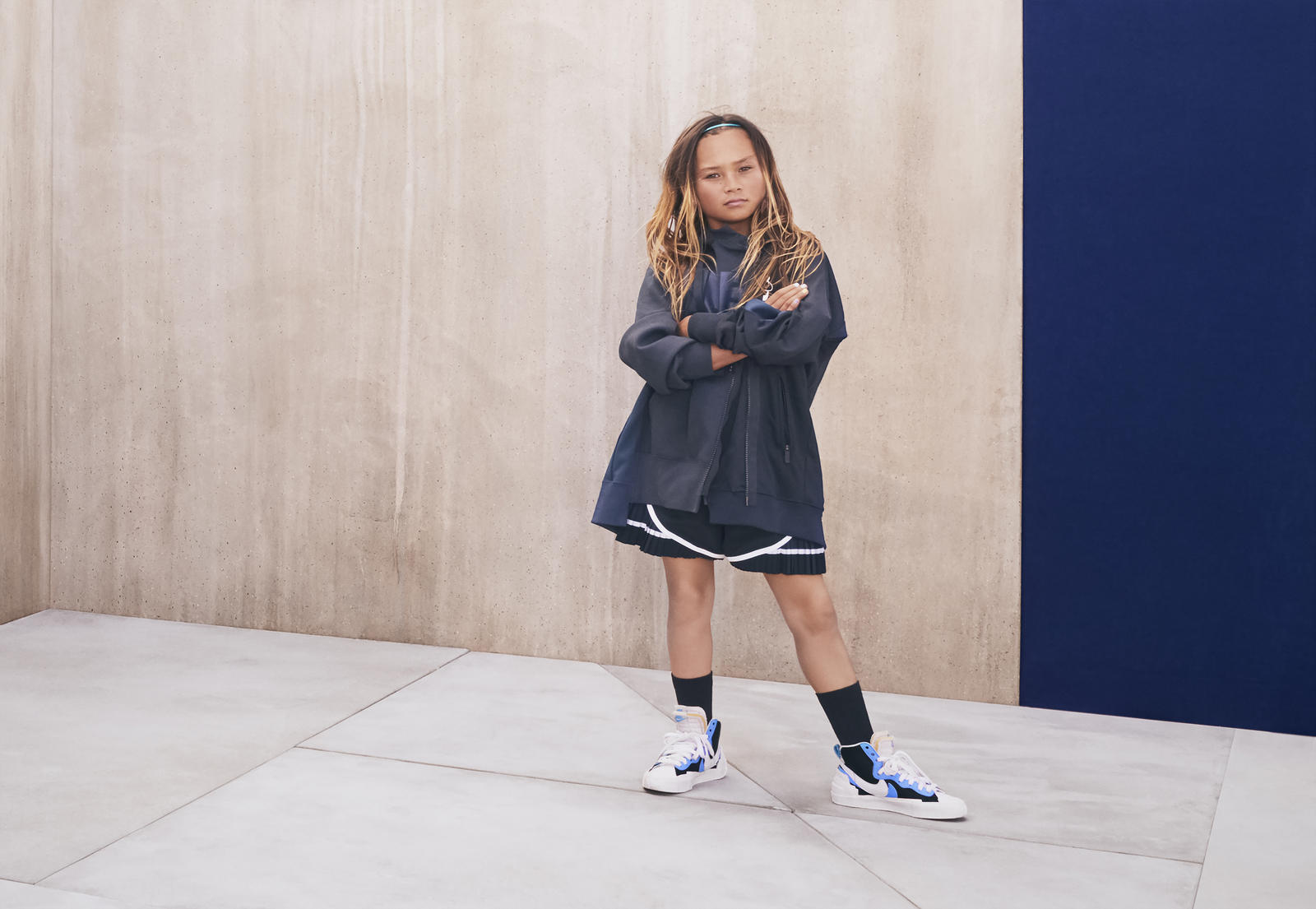 A firm appreciation for Nike’s history and heritage comes through in Abe’s reimagining of running garments. She transforms the storied Windrunner into a skirt, grants an irreverence to the usually mundane half-zip and adds a refined edge to the classic Tiempo short. Her longstanding virtuosity in layering and draping is on full display.

Nike’s mastery in shoe design is clear in making Abe’s imagined footwear fusion tangible. “We literally got two photocopied pictures of two different shoes that they folded in half and put on top of each other,” says Cooke of the beginning stages of the Nike x sacai LDWaffle.

The resulting sneaker, a sterling example of equal contribution, certainly creates an entity greater than a simple mash-up of its components. It is symbolic of the Nike x sacai running collection as a whole — rethinking the relationship between craft, material and symbol with aplomb.

The Nike x sacai apparel drops in September alongside new colorways of the LDWaffle and Blazer.