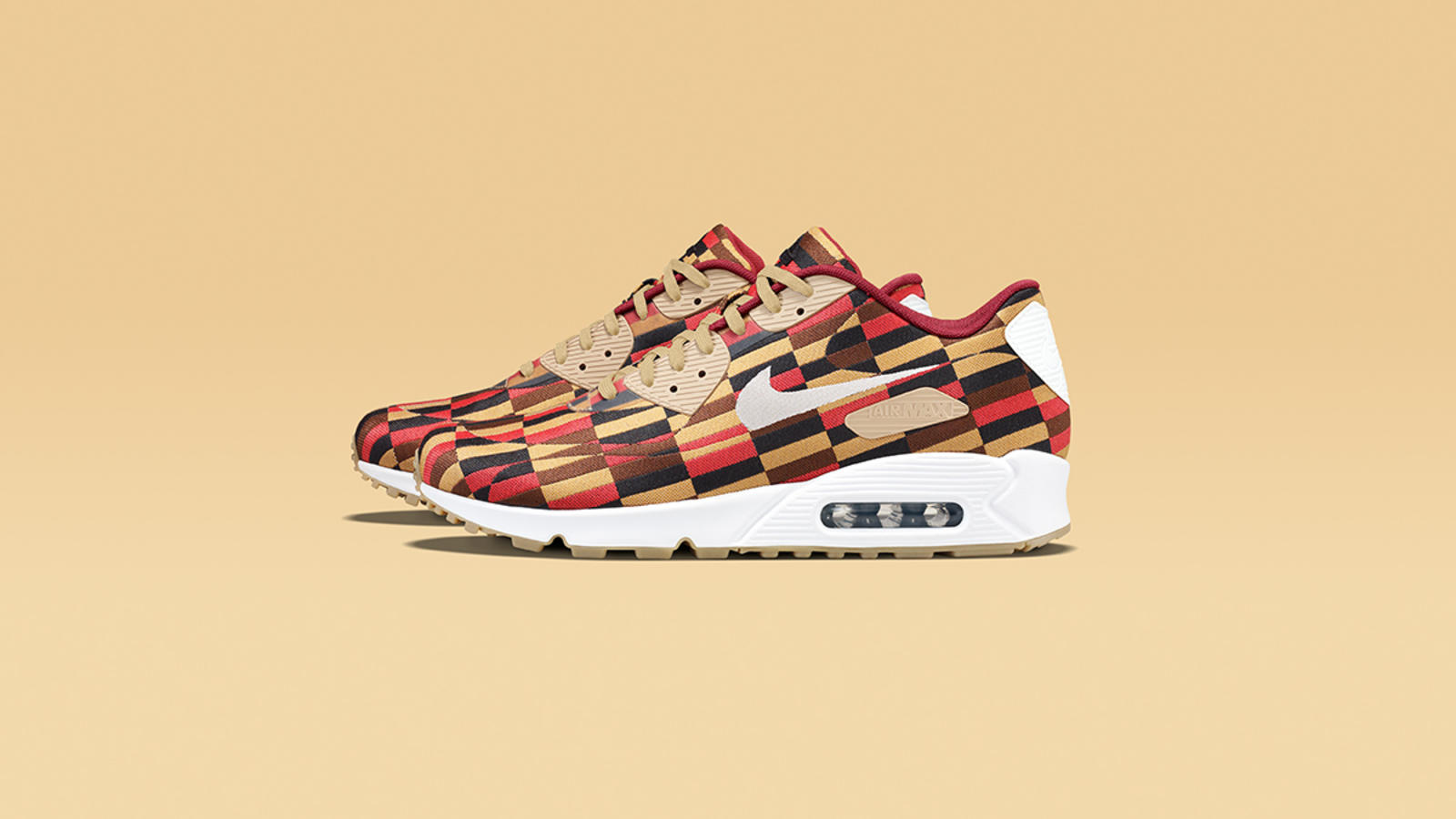 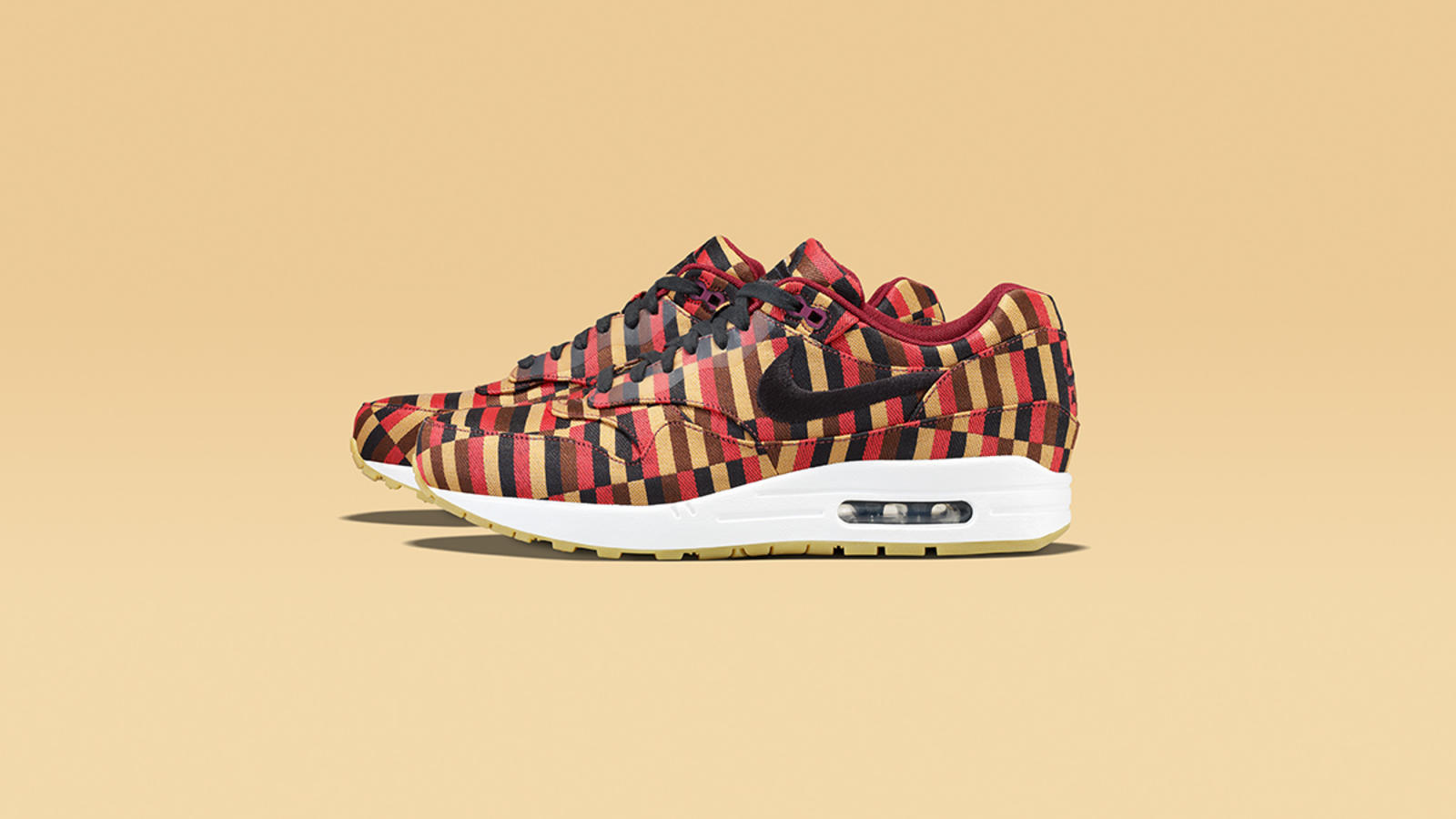 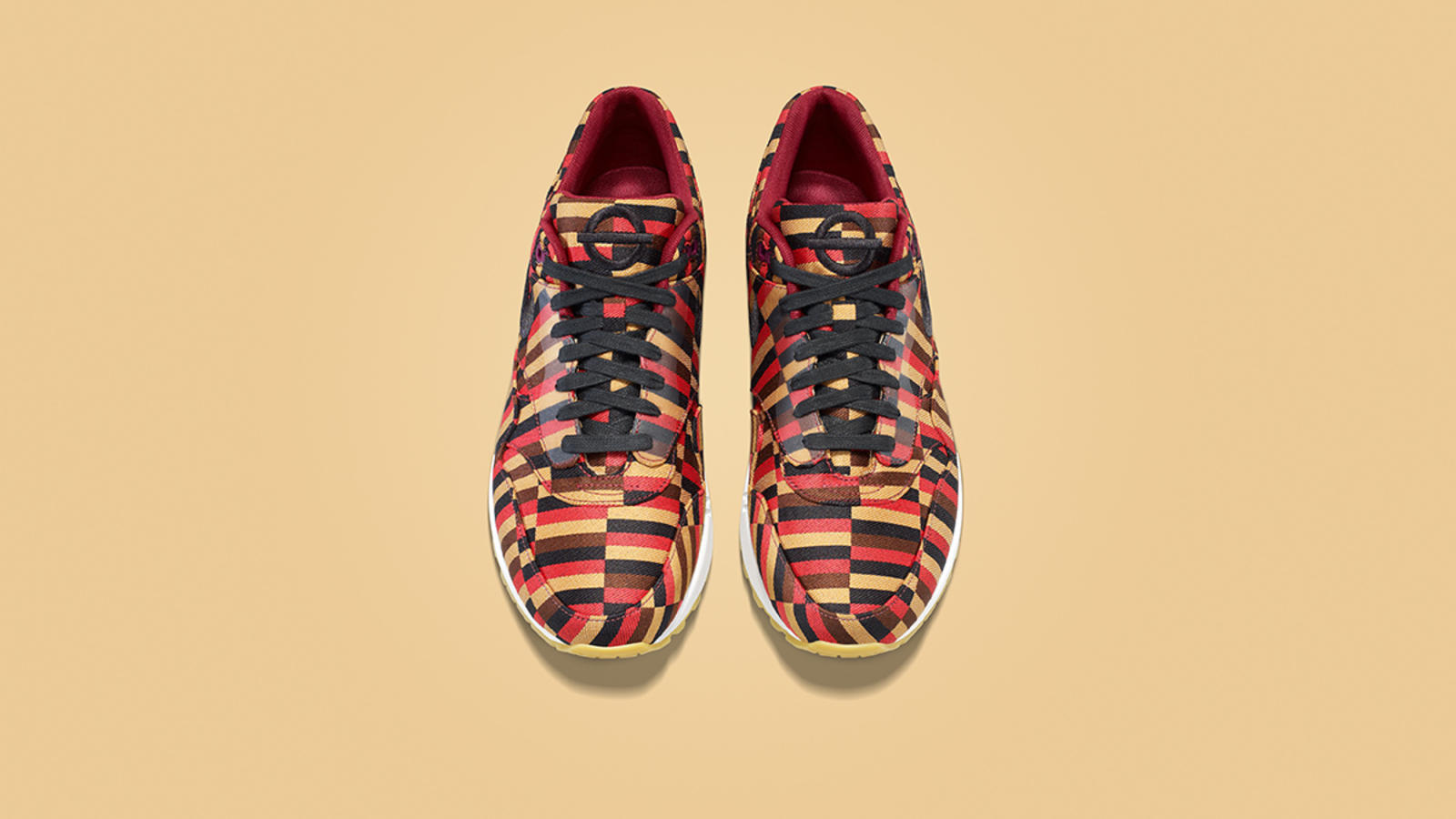 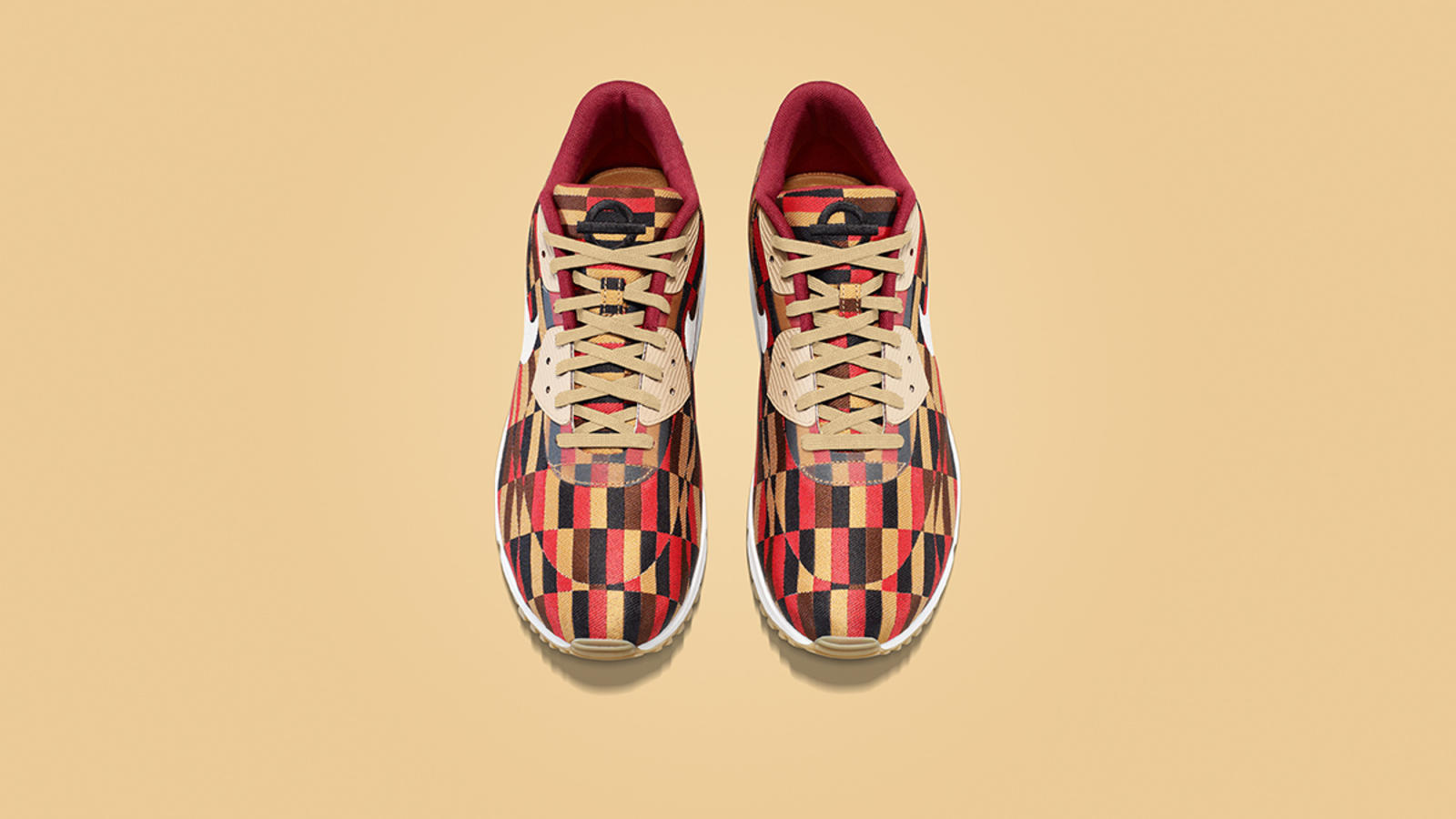 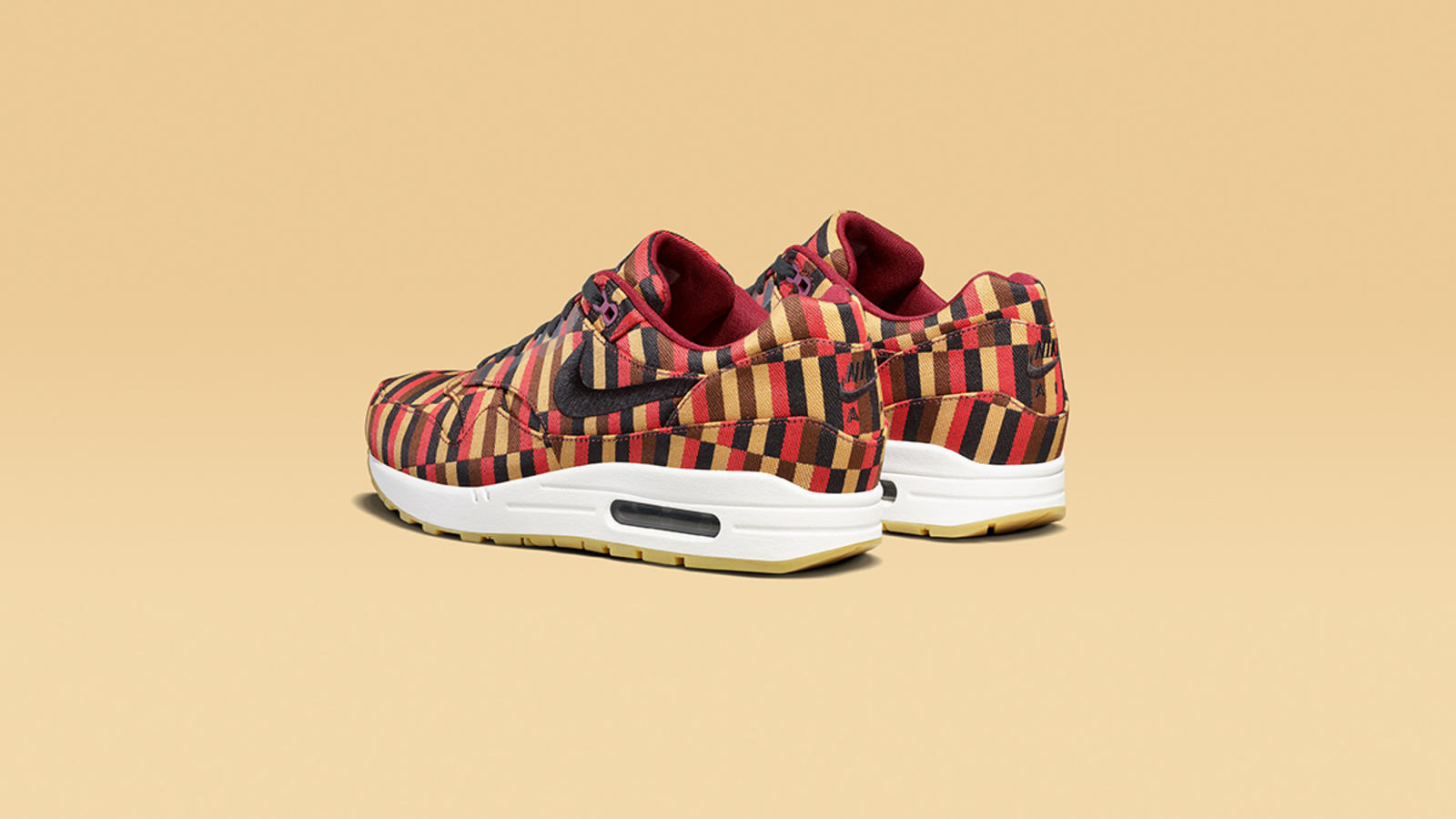 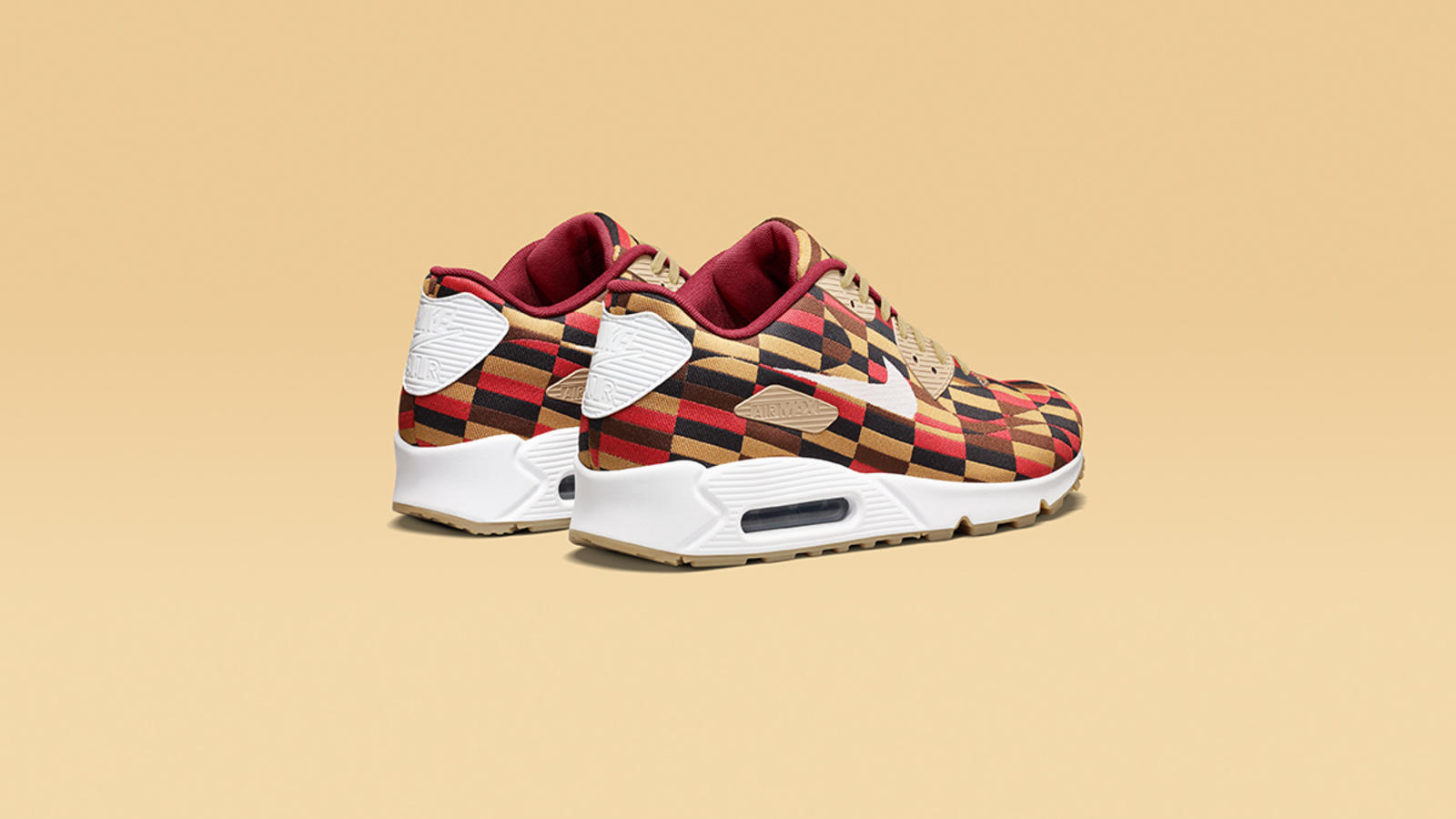 The Nike x Roundel by London Underground collection represents the diverse and unique style that is synonymous with the city of London. Drawing on the very fabric of London, this collection features a vibrant pattern that takes inspiration from the famously bold seat upholstery found in the railway’s cars.

Traditionally made from moquette (a hardwearing wool and polyester mix), the specially commissioned District geometric pattern was created by famed designer Misha Black and launched in 1978 for new trains on the District Line.

Becoming a familiar sight for the city’s tube and bus commuters during the 1980s, the District design is a moquette that defined the debut years of the Nike Air Max for generations of Londoners.

Through a sophisticated weaving process the abstract fabric reproduced using woven polyester, debuts the Jacquard innovation and wraps both the Nike Air Max 1 and Air Max 90. This engineered one-piece woven updates the fit and feel of the classic Nike Air Max silhouettes, without compromising the expression of the iconic lines traditionally achieved through cut-and-sew methods.

The Nike Air Max 90 Jacquard has an engineered one-piece poly weave upper made using the rigorous, age-old process of loomed Jacquard material. With contours characterized by pattern breaks that emulate the panels created by conventional construction, the shoe’s signature Swoosh and eye-row overlay panels are applied with a no-sew technique that uses heat and pressure for adhesion.

Both shoes also boast natural gum rubber outsoles and an embroidered tongue emblem of the celebrated London Underground logo, also known as the “Roundel.” To add to the sense of ceremony, the limited-edition sneakers will arrive in custom packaging featuring the distinctive moquette pattern.

The Nike x Roundel by London Underground Air Max collection debuts Dec. 14, 2013 at select retailers including Footpatrol, Dover Street Market and 1948 London.  The first 150 pairs will drop exclusively at the Piccadilly Circus station pop-up kiosk in London at 6am, and will include an additional gift in celebration of TFL's (Transport for London) 150th anniversary.