Nike Partners with the NFL to Grow Girls Flag Football in the U.S.

Collaborating to inspire the next generation of female athletes, Nike announces a new grant initiative with the NFL that commits a total of $5 million in product to growing flag football within high school athletics.

This multi-year initiative will provide a one-time donation of up to $100,000 in product to state athletic associations that offer girls flag football as a high school sport or demonstrate progress by way of a pilot program beginning in 2021. First to receive the grant will be the state of Florida, which has promoted girls flag football for more than ten years and is the home state of the Tampa Bay Buccaneers. Product will include flag football uniforms, socks and accessories such as sports bras, all of which will be distributed to each participating state’s governing interscholastic or athletic association at their discretion. At present, only six states sanction high school flag football for girls (Alaska, Arizona, Florida, Georgia, Nevada and New York), but financial support may help remove operational barriers so more states can introduce girls flag football programs.

“The expansion of girls flag football is essential to the growth of the game and preservation of the values it has contributed to society for decades,” says Troy Vincent, NFL Executive Vice President of Football Operations. “Girls flag demonstrates that football is for all, and the greater the participation, the stronger the game, and the more young women can build the transferrable skills football provides for achieving success in life.” 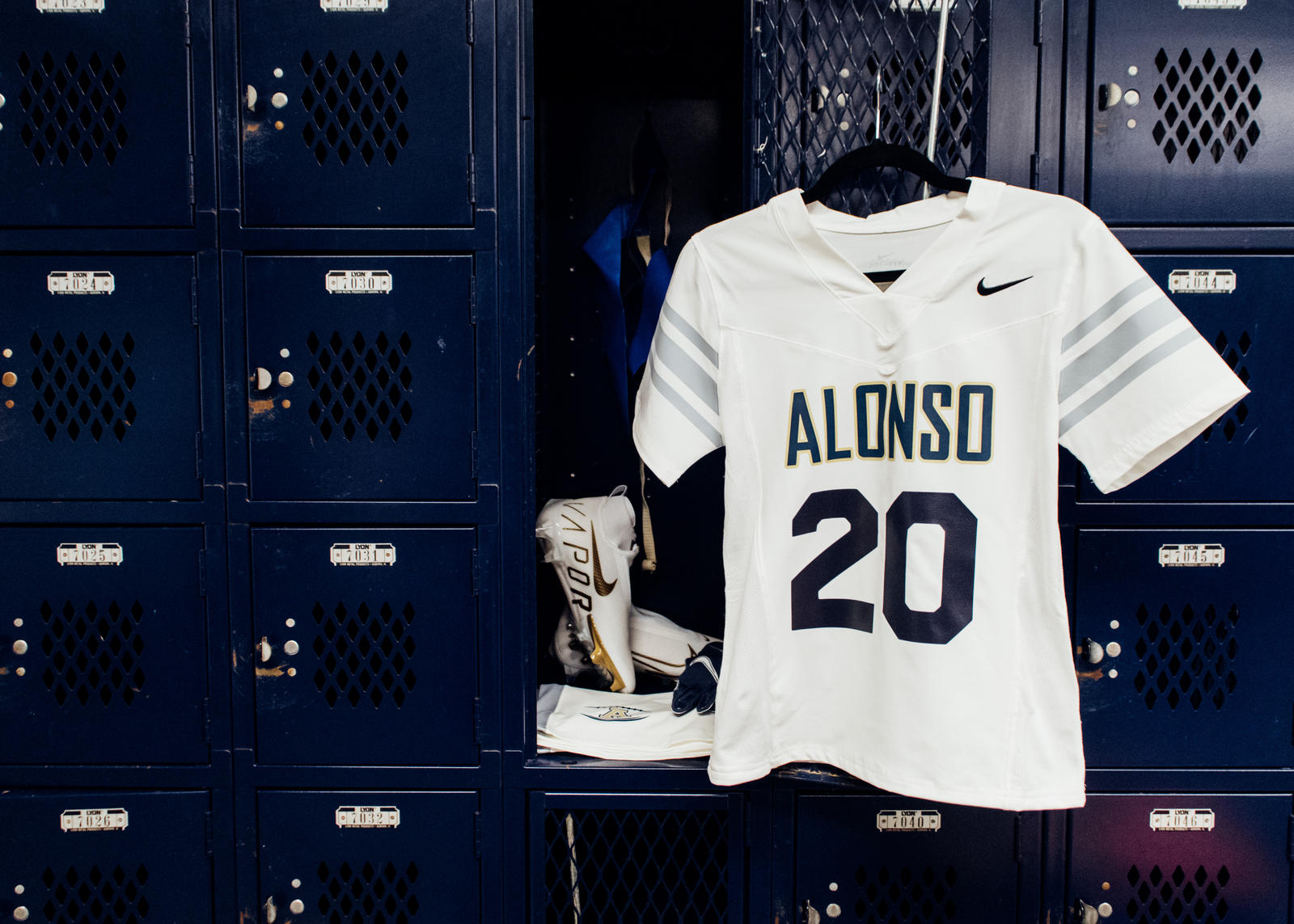 The Nike Flag Football jerseys are rooted in football DNA, and built for the proportions of young girls. Featuring a grille neckline and name plates on the back, the jersey is constructed of a woven performance material, while its under-arm mesh panels help vent excess heat and moisture. The waistband of the shorts is designed to fit with the jersey for “tuck-in” rules in flag football.

In addition to the grant initiative, Nike is evolving its 11-Online football training series to include a learning track specifically for flag football athletes. It will feature how-to drills with comprehensive training instruction, including team-building and leadership development. In addition, Nike’s Stronger Than One Series will launch a film focused on highlighting women and young girls who are blazing paths forward in football.

Women Featured in Stronger Than One Series