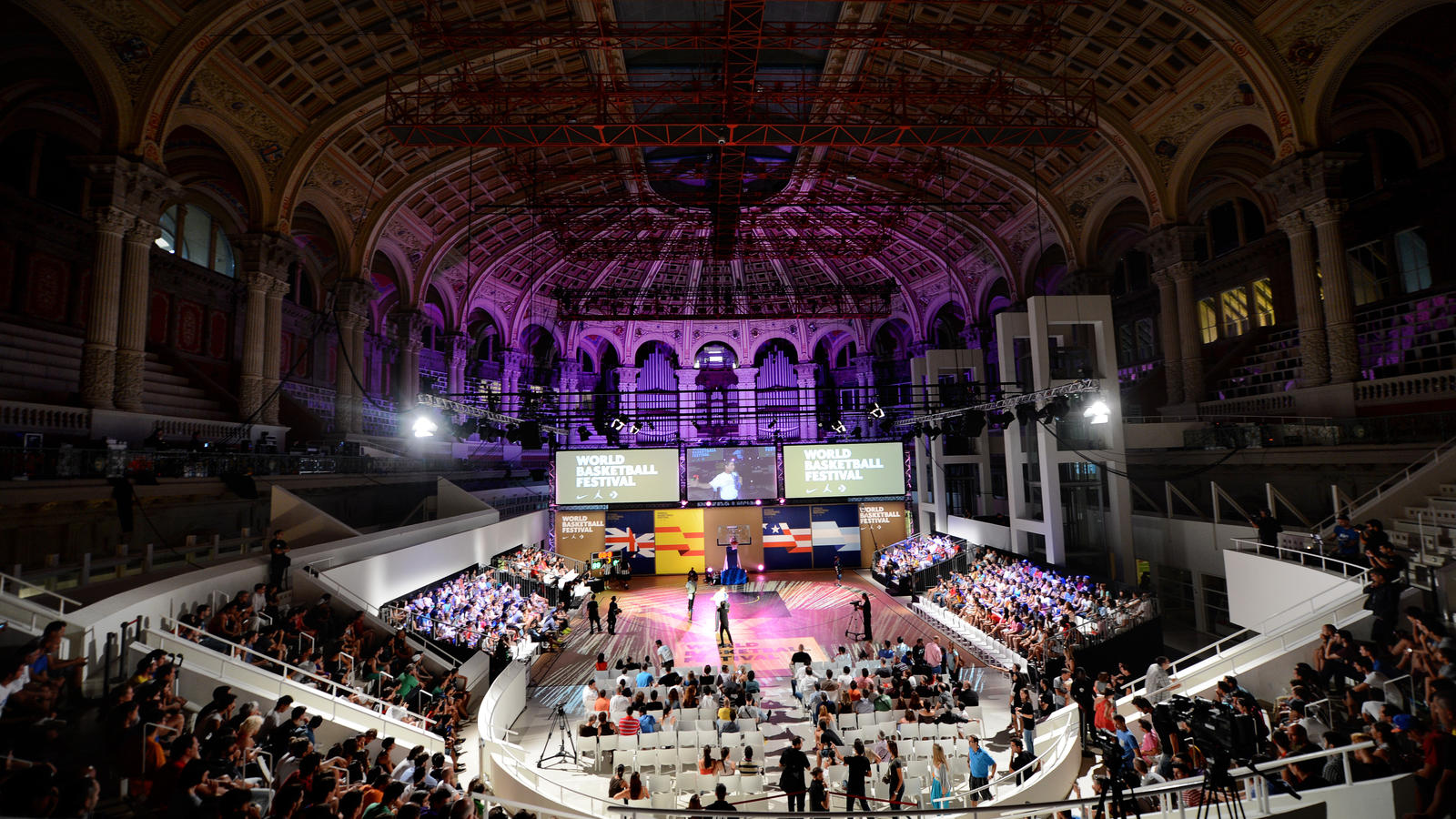 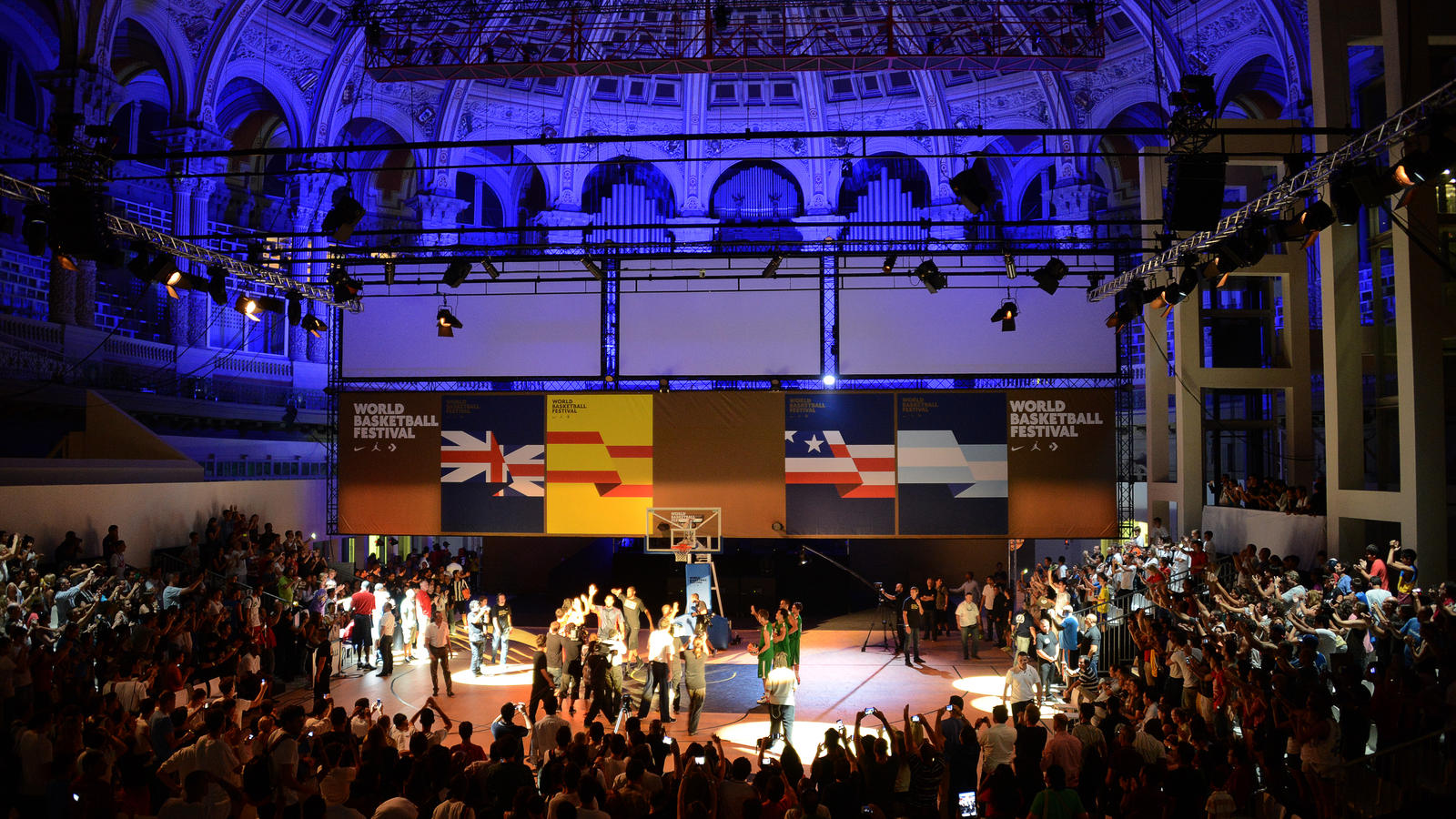 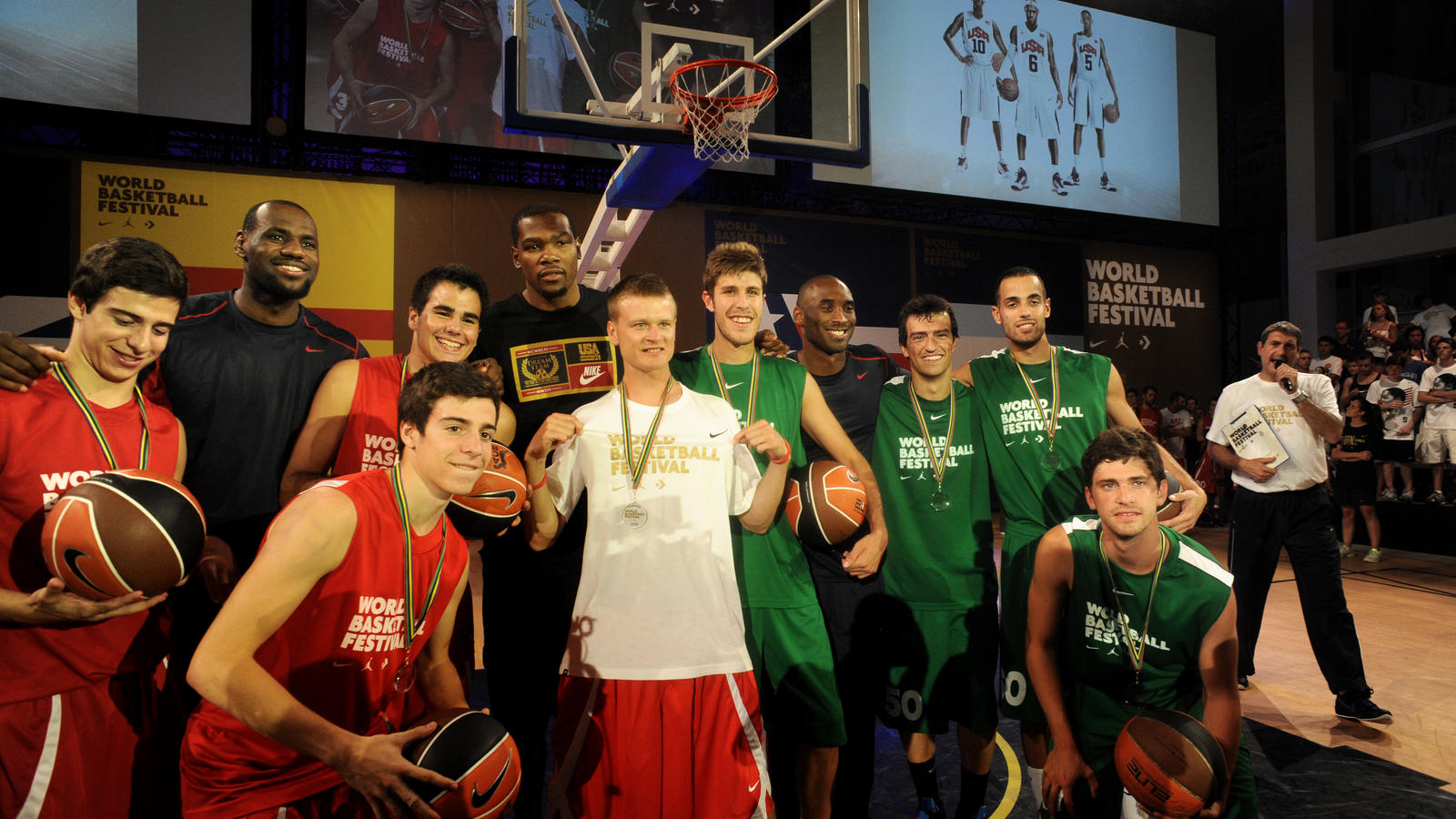 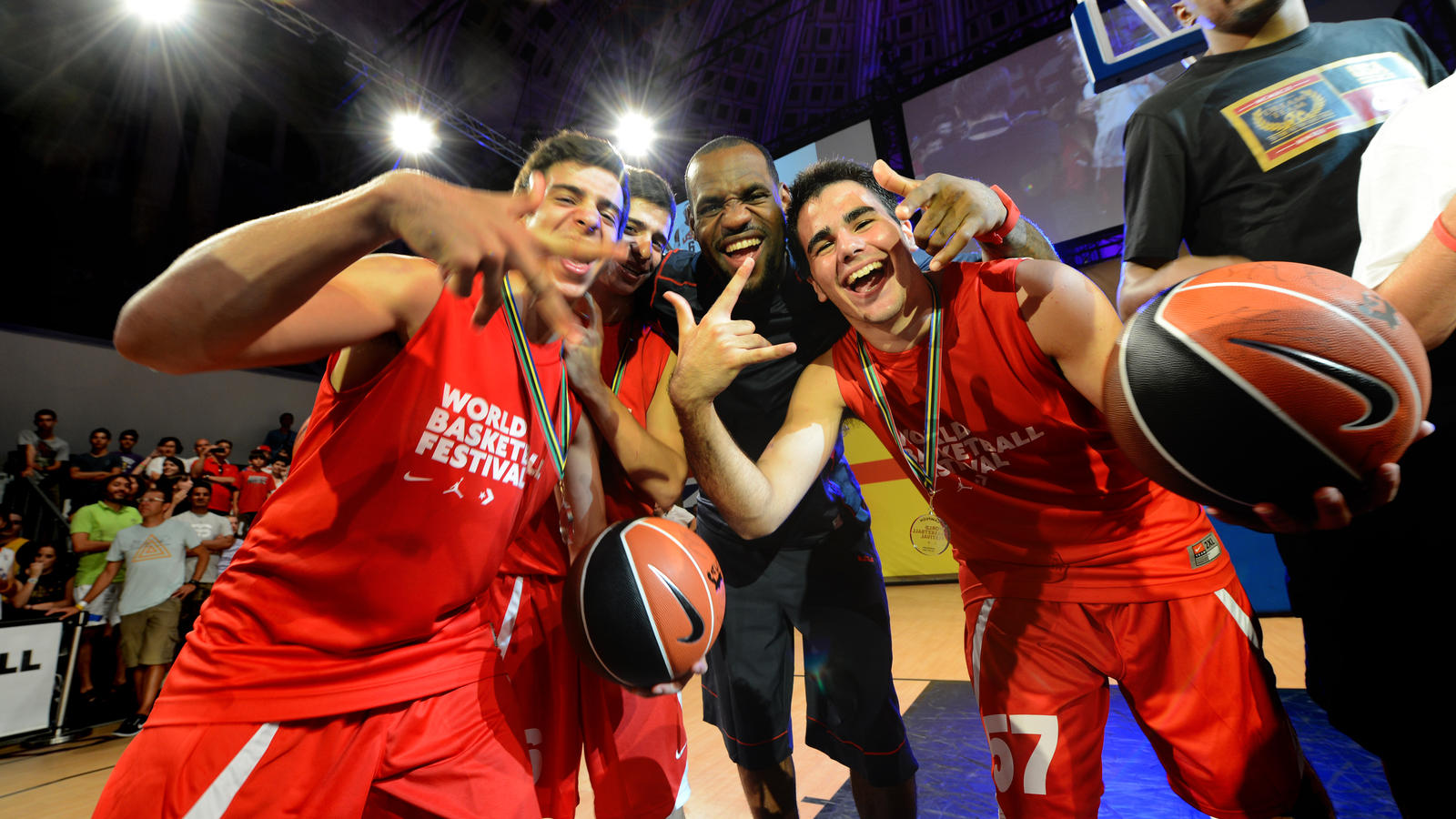 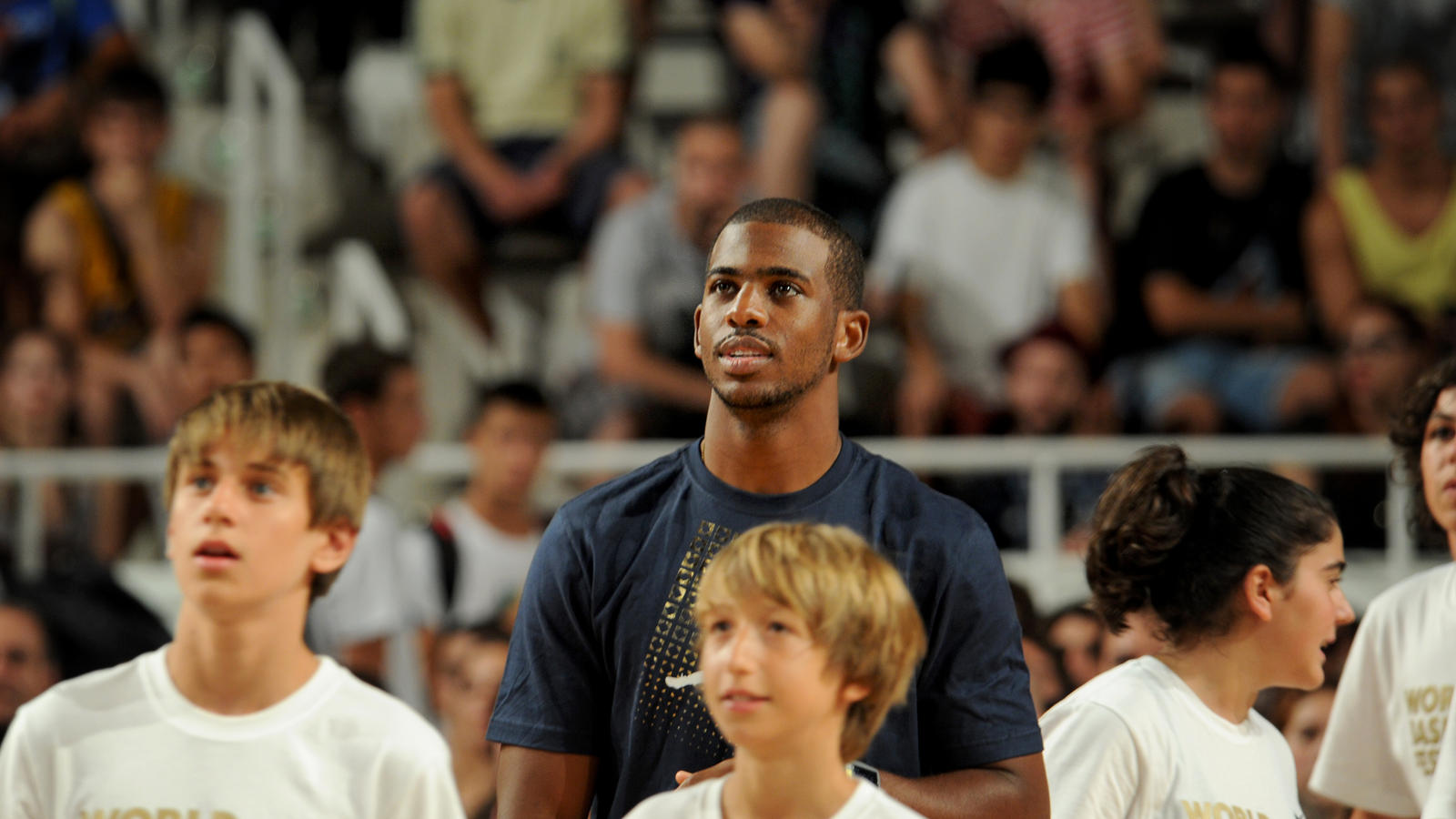 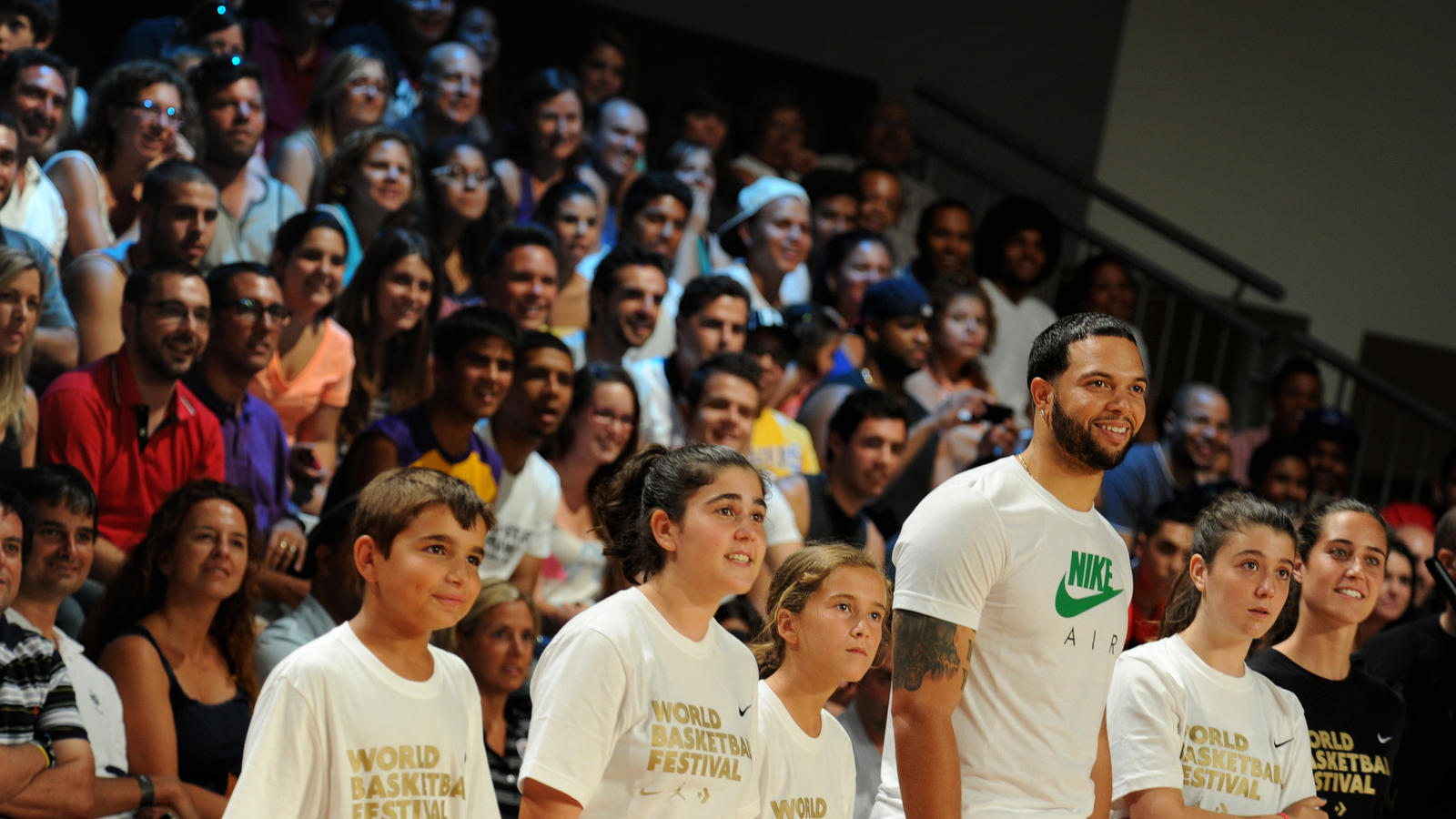 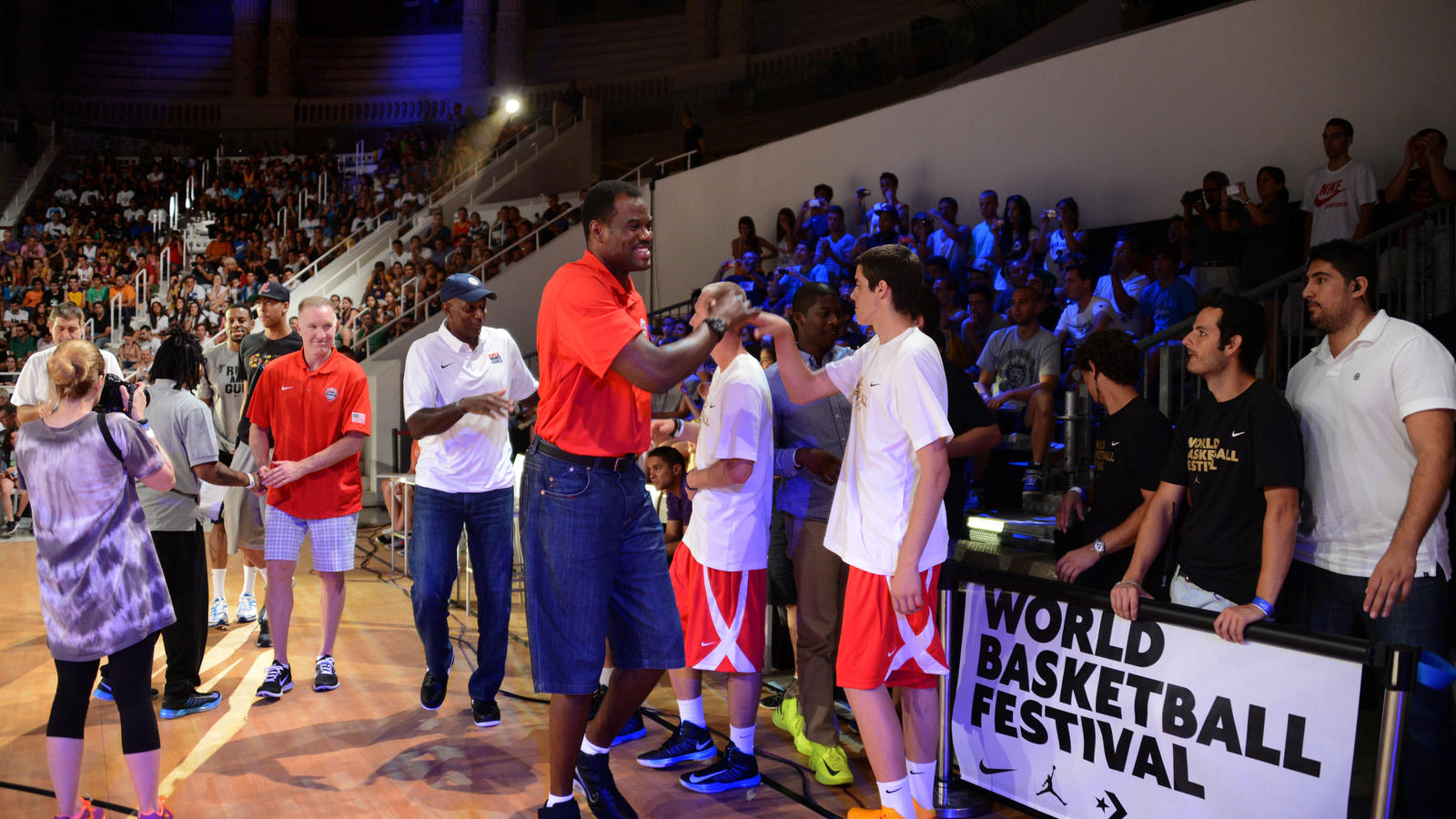 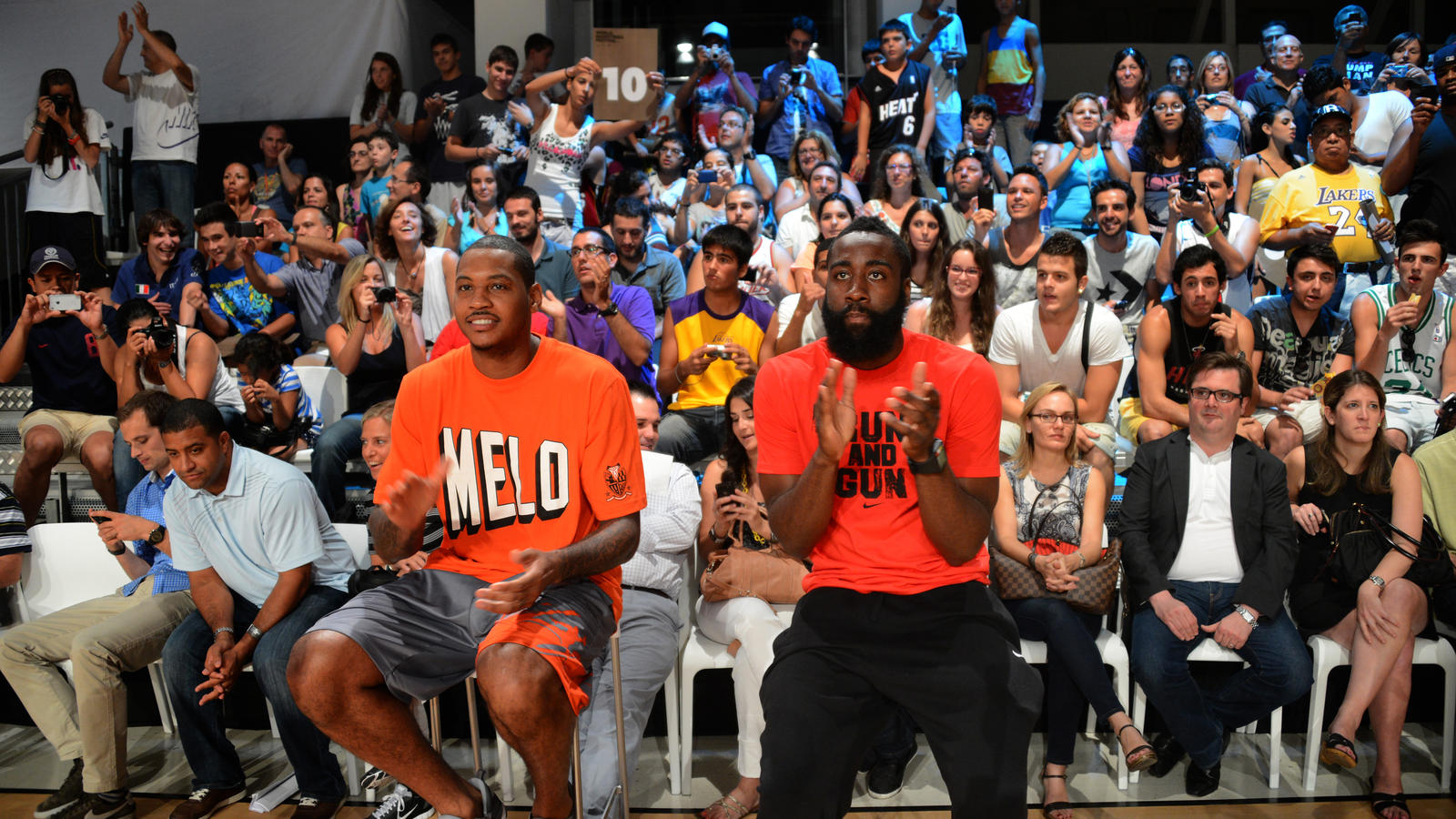 Chris Paul and Deron Willliams kicked off the five-hour basketball festival with a clinic with 10 young basketball players who participated the Nike Basketball Camp in Andorra earlier this July.

LeBron James, Kobe Bryant and Kevin Durant appeared at the finale of the 2012 Nike World Basketball Festival and awarded the championship teams and interacted with the fans in MNAC.