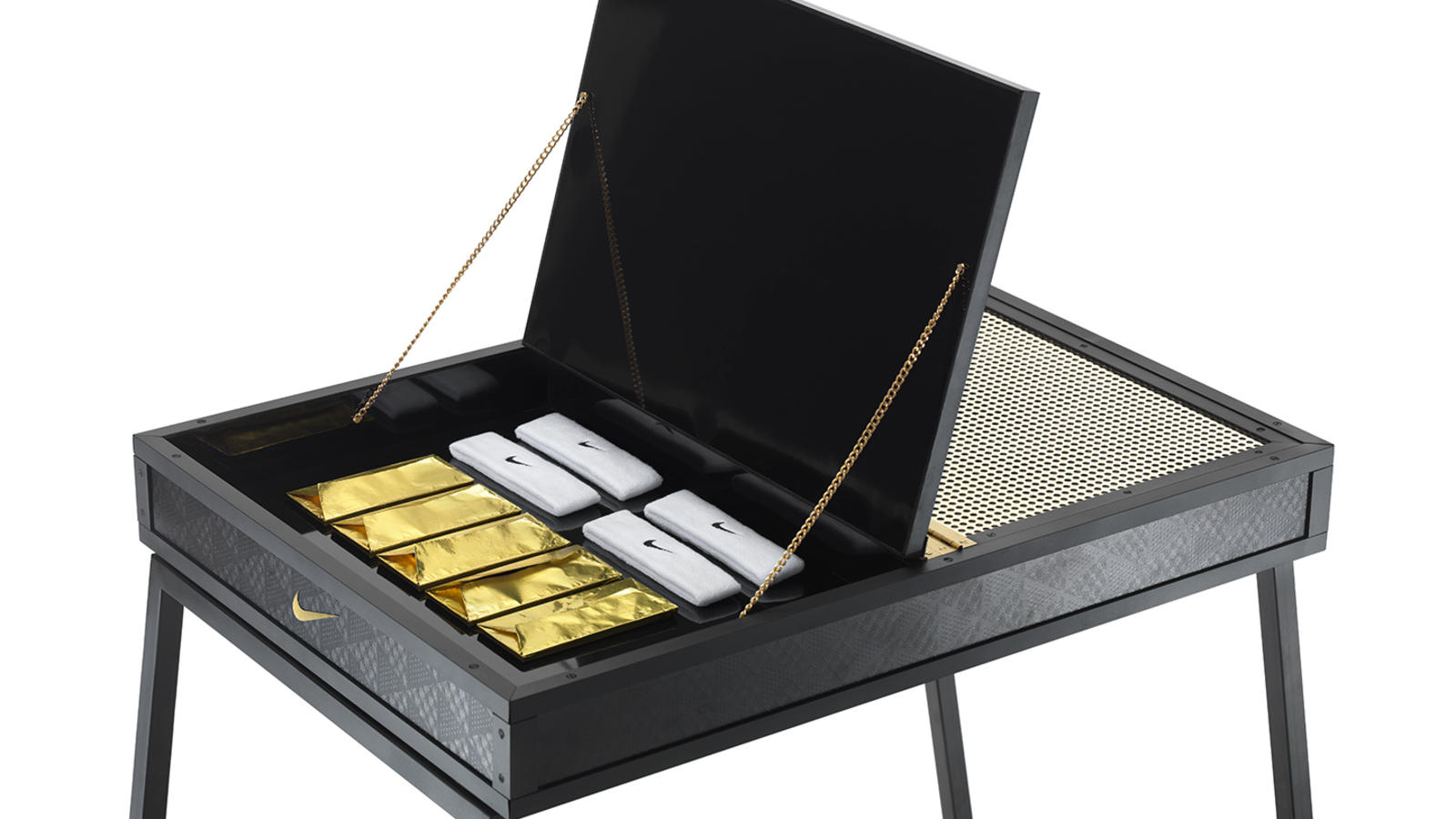 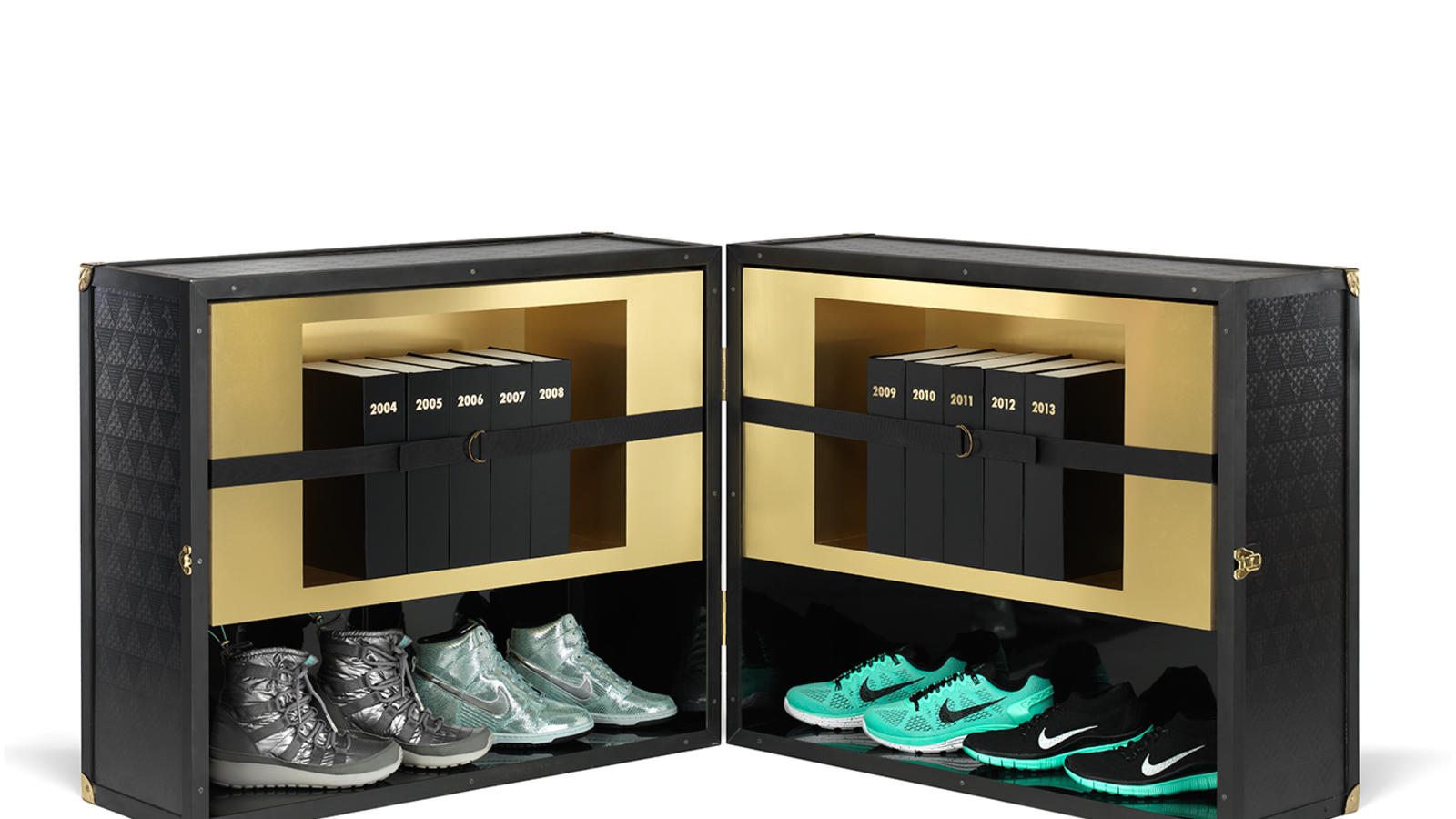 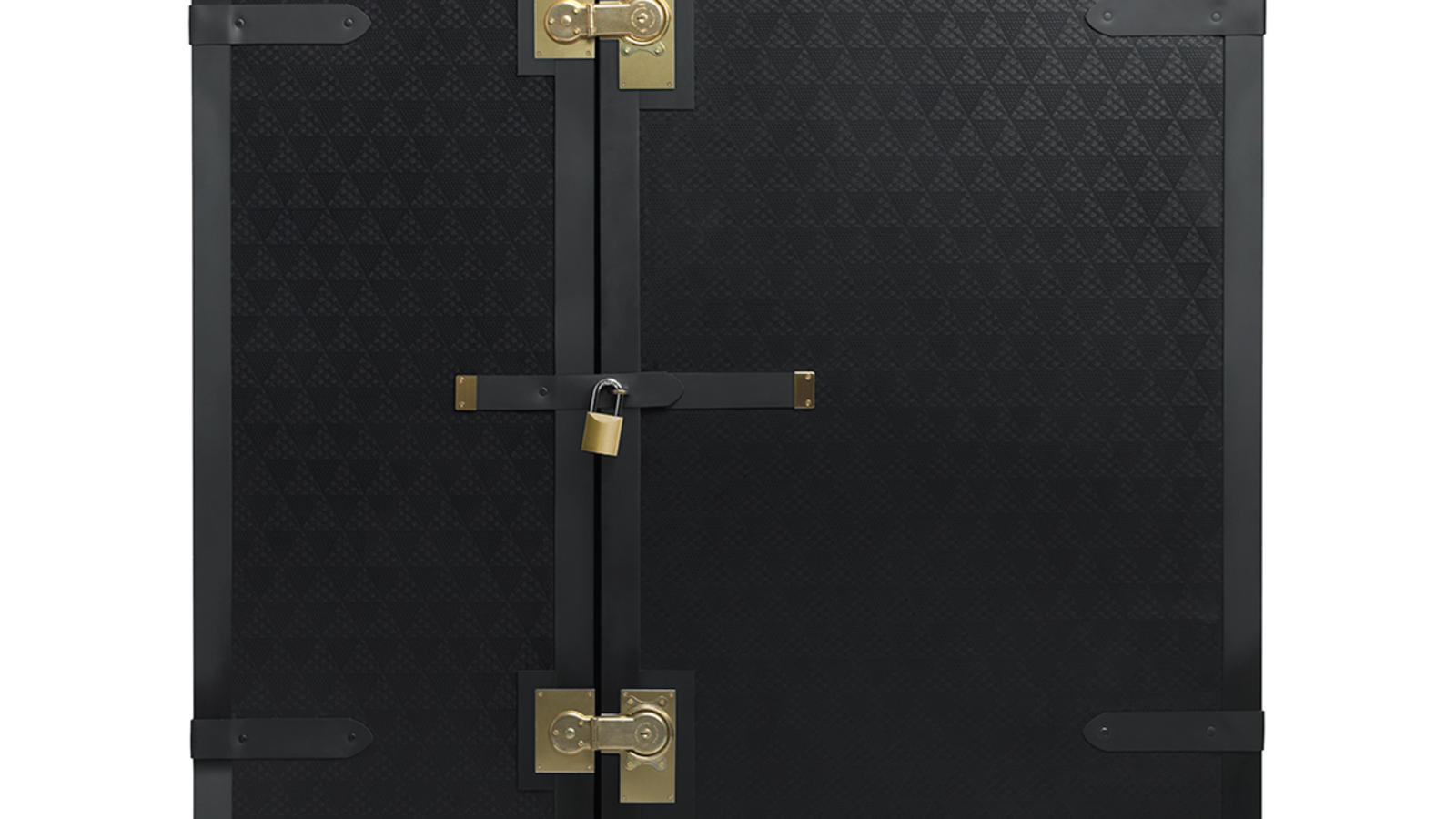 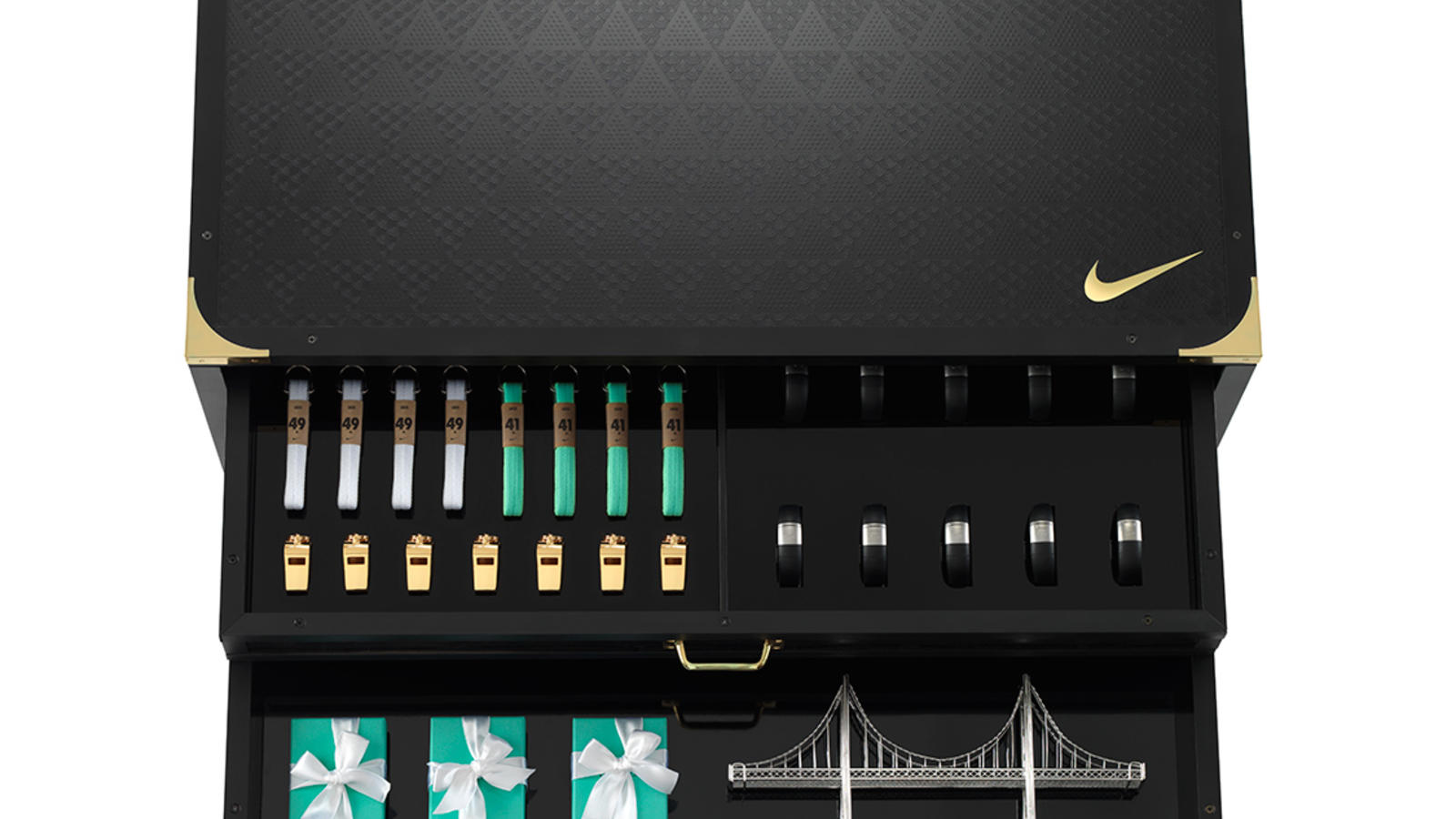 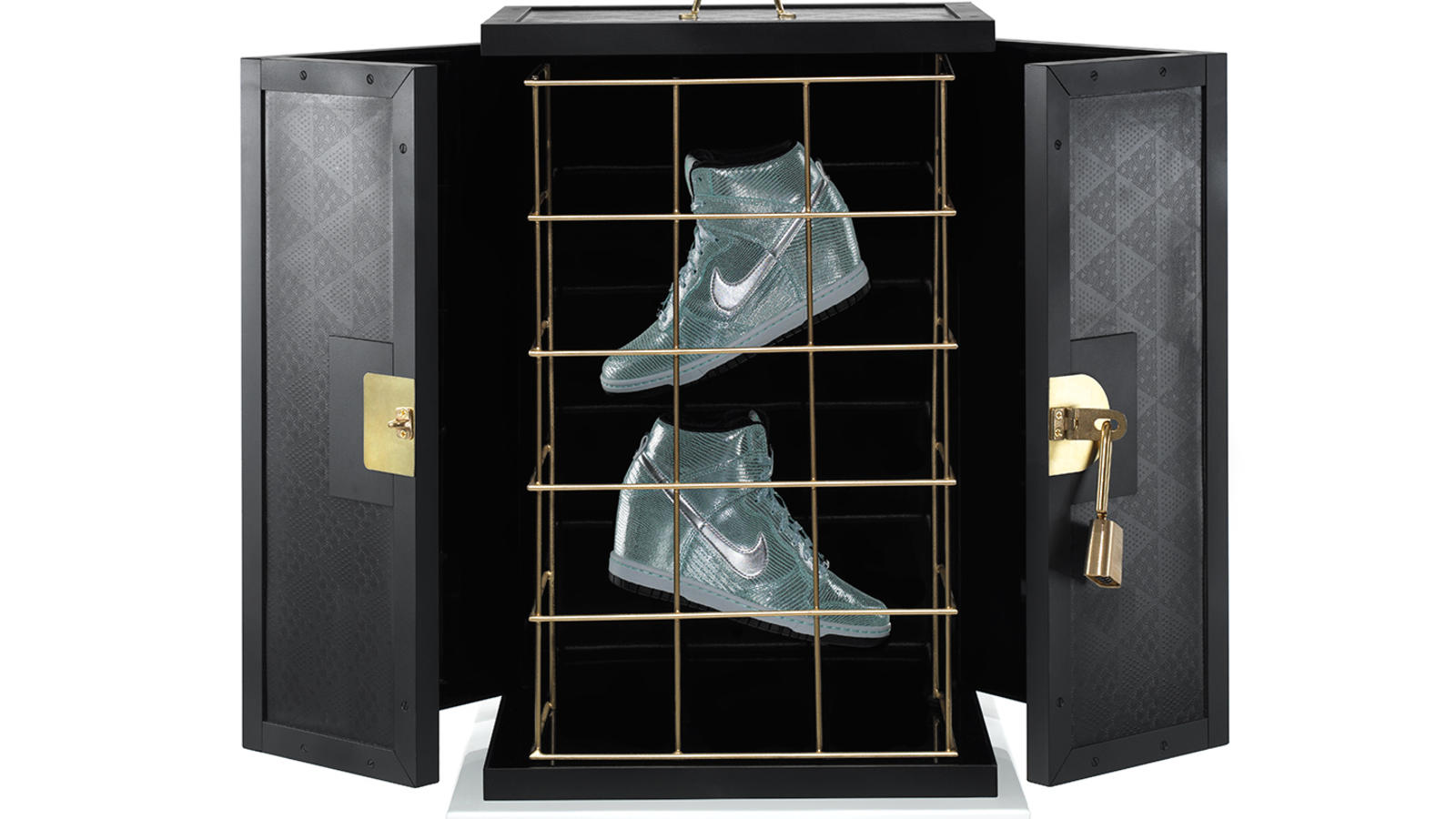 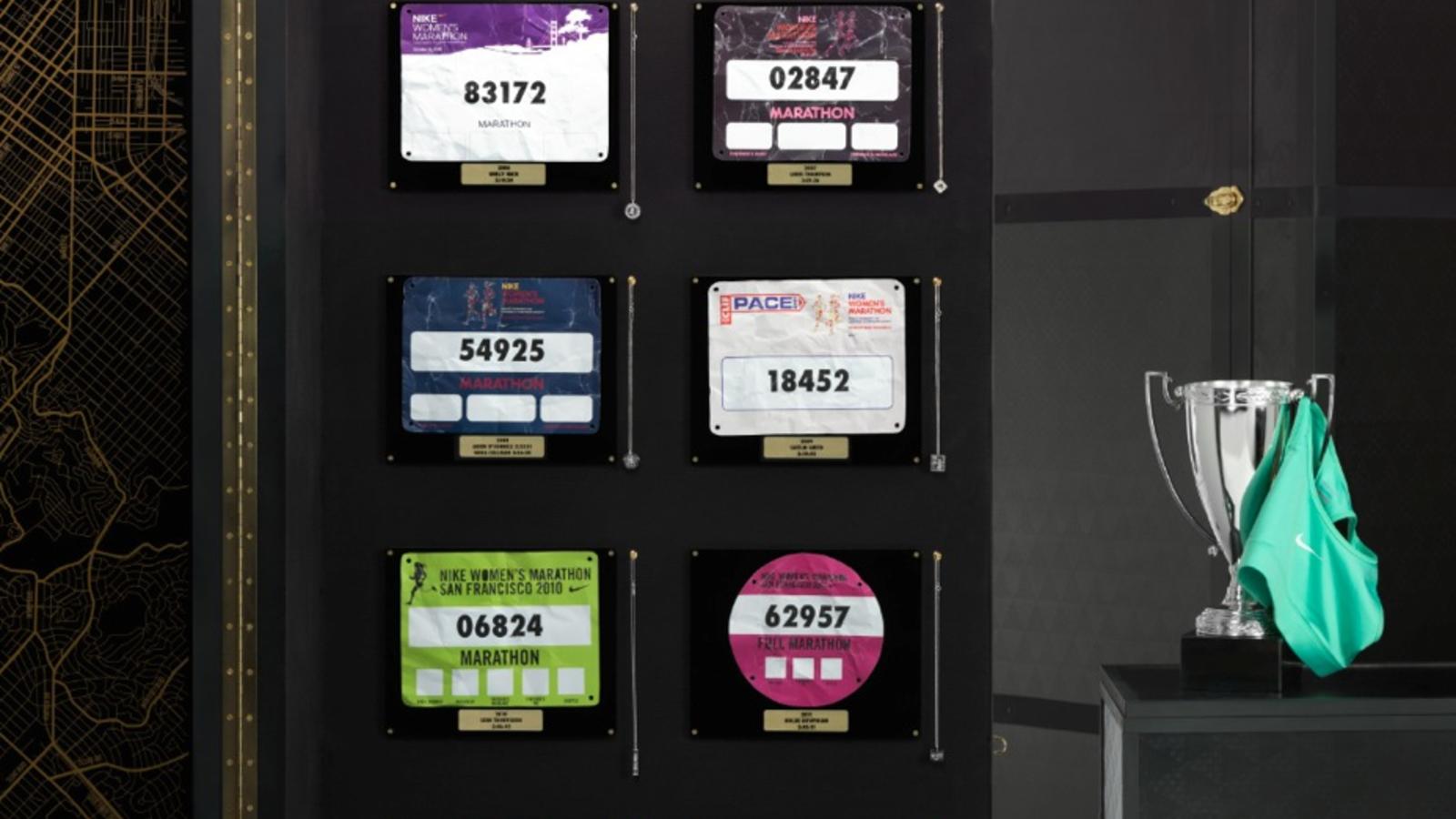 In just 10 days Nike will host 30,000 women as they take on San Francisco’s vistas and hills for the 10th-anniversary Nike Women’s Marathon on Oct. 20. To commemorate the milestone, Nike announced the launch of the Nike X Collection and showcase trunk in collaboration with New York-based artist Kate McCollough.

“The Nike Women’s Marathon is our moment to celebrate female athletes from around the world,” said Whitney Chapman, Nike VP/GM of Women’s in North America. “The Nike X Collection and Trunk embody the strength, beauty and spirit of all the women who have run the Nike Women's Marathon in San Francisco since its inception, honoring their passion and commitment to play by their own rules and push boundaries—both in sport and in life.”

“Inspiration from this project came from Bricolage, a genre of art I’ve been wanting to experiment with, where every piece has purpose within the larger installation,” said Kate McCollough, X Collection trunk designer and artist. “We wanted to create something beautiful and luxurious that every female runner wants and needs. There is an air of decadence and unwavering confidence that meets the practicality and vigor of the women who run the Nike Women’s Marathon in San Francisco.”

Each piece in the Nike X Collection features the Roman numeral for 10: X. The X represents the triumphs of all the women who have run the race since 2004.

NIKE X COLLECTION SHOWCASE TRUNK DETAILS The unique Nike X Collection showcase trunk stands 6 feet tall and features luxe leather in matte and patent finishes with a subtle pattern that highlights the triangle, the Ancient Greek symbol for the number 10 (and a nod to Nike being the Greek Goddess of Victory). Striking gold accents, including a 10th anniversary NWM padlock, complete the outer trunk design.

Once unlocked, the X Collection Trunk becomes its own collection of sculptures—with 10 interior components giving each piece of the X Collection a place to live. Each opens to reveal everything a woman needs to get ready for race day, race memorabilia and discovery elements to showcase past and present.

One of the 10 interior trunks has 10 drawers, dedicated to each year of the race from 2004-2013. Nine drawers are filled with the finisher's necklace from that year. The tenth will be filled with this year's finisher’s necklace design to be revealed on Oct. 18 along with a one-of-a-kind version that will be auctioned to benefit the NWM race benefactor, the Leukemia & Lymphoma Society.

Additional elements in the trunks include stories of past race winners and fundraisers, training tools including the Nike+ SportWatch and Nike+ FuelBand, champagne and chocolate representing the celebration elements at the finish, and a surprise vintage element with a built-in record player broadcasting the popular song, “I Left My Heart in San Francisco,” written in the fall of 1953 by George Cory and Douglass Cross.

ABOUT KATE McCOLLOUGH Kate McCollough is an installation artist, set designer and director based out of New York and Los Angeles whose work is inspired by her passion for travel and culture. McCullough has designed sets and installations for Marc Jacobs, Chanel, Cartier, Louis Vuitton, Juicy Couture and more. She is also a longtime collaborator with Proenza Schouler, creating video work and designing artistic installations for their Madison Avenue store. She is also a regular contributor to Vogue and V Magazine, and is one-half of the film directing team Grave Architecture where she most recently directed a series of ethereal videos for the Opening Ceremony Spring 2013 collection. The Nike X Collection Trunk is her first collaboration with Nike.