A month away from the start of the 2015 basketball season, 2014's Most Improved Player opens up on her approach to the game, training and travel. 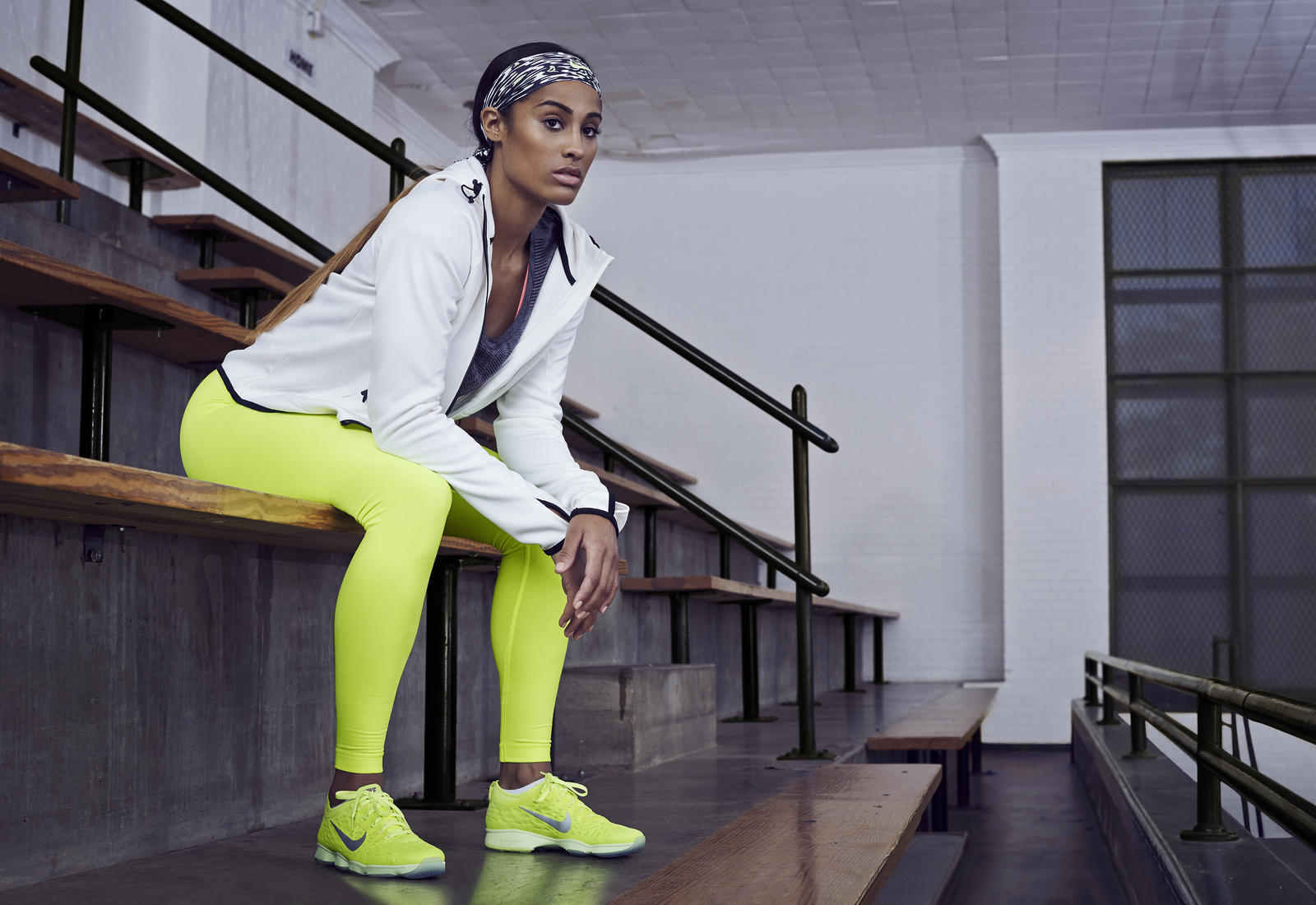 Skylar Diggins’s greatest weapon on the basketball court isn’t her height, her strength or her vertical jump. Instead, it’s what she calls her “beauty and the beast” mindset that powers her to constantly push herself further, smash her goals and come out #betterforit.

“I can be intense, I can be fierce, I can be passionate, I can be a beast on the court,” Diggins says. “But off the court, I am a woman who embraces her femininity and who loves the fact that she's a strong female athlete.”

With the 2015 basketball season tip-off less than a month away, Diggins’s competitive fire is focused on training and preparing for her third season in the league. The 5-foot-9 guard favors high-intensity training, full of quick and explosive movements — the same type of moves found in her Nike+ Training Club Metabolic Meltdown and Zoom In 5 workouts. 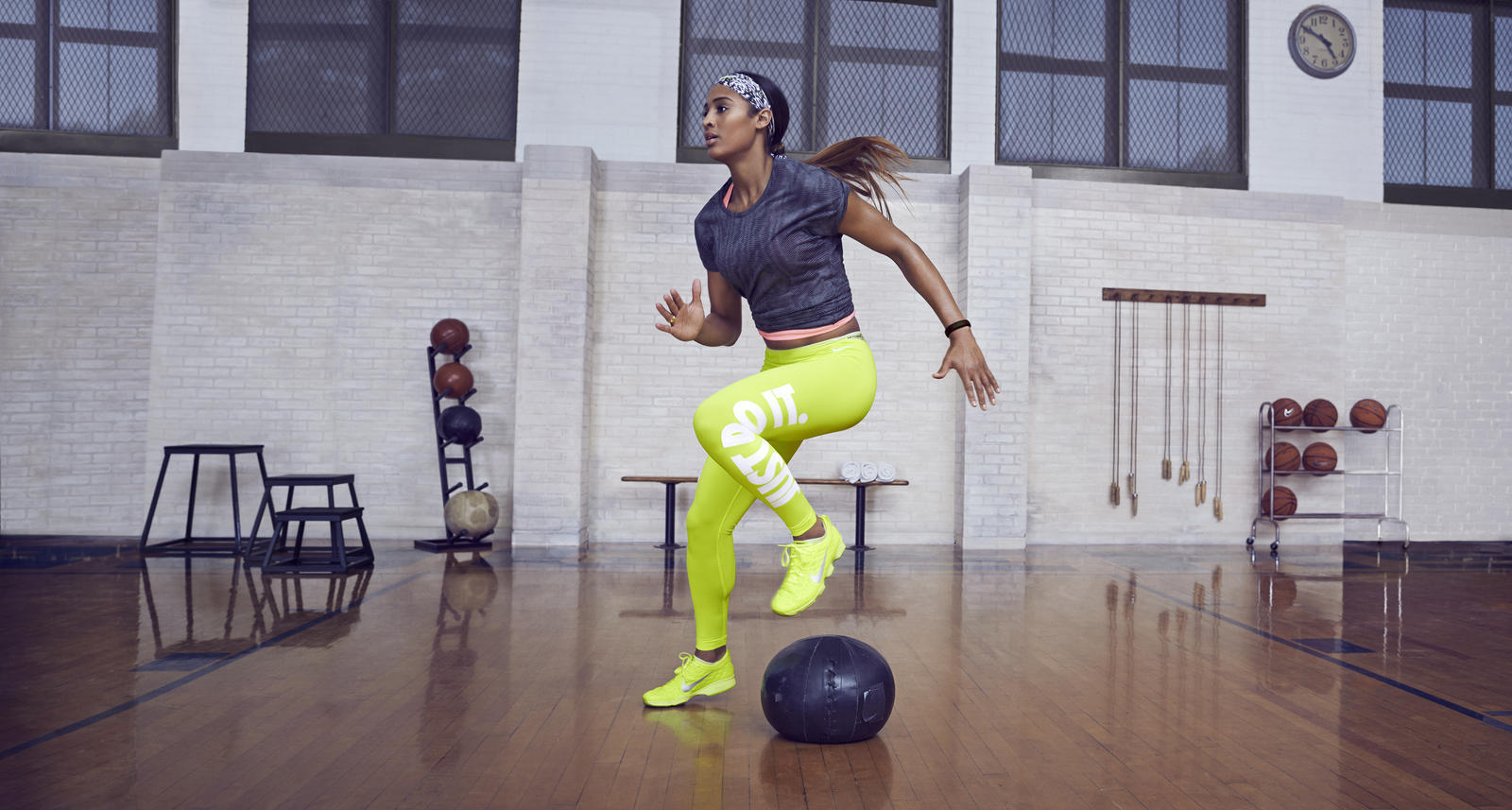 Diggins’s training regimen also prioritizes goal-setting. With her sights set on leading her team to its first playoff appearance since its relocation to Tulsa in 2010, Diggins also understands the importance of hard work, commitment and supporting her teammates.

“Making the playoffs is my No. 1 goal this season,” she says. “I also want to continue to be the best teammate I can be, put in the work and try to make something special for the city of Tulsa this year.” 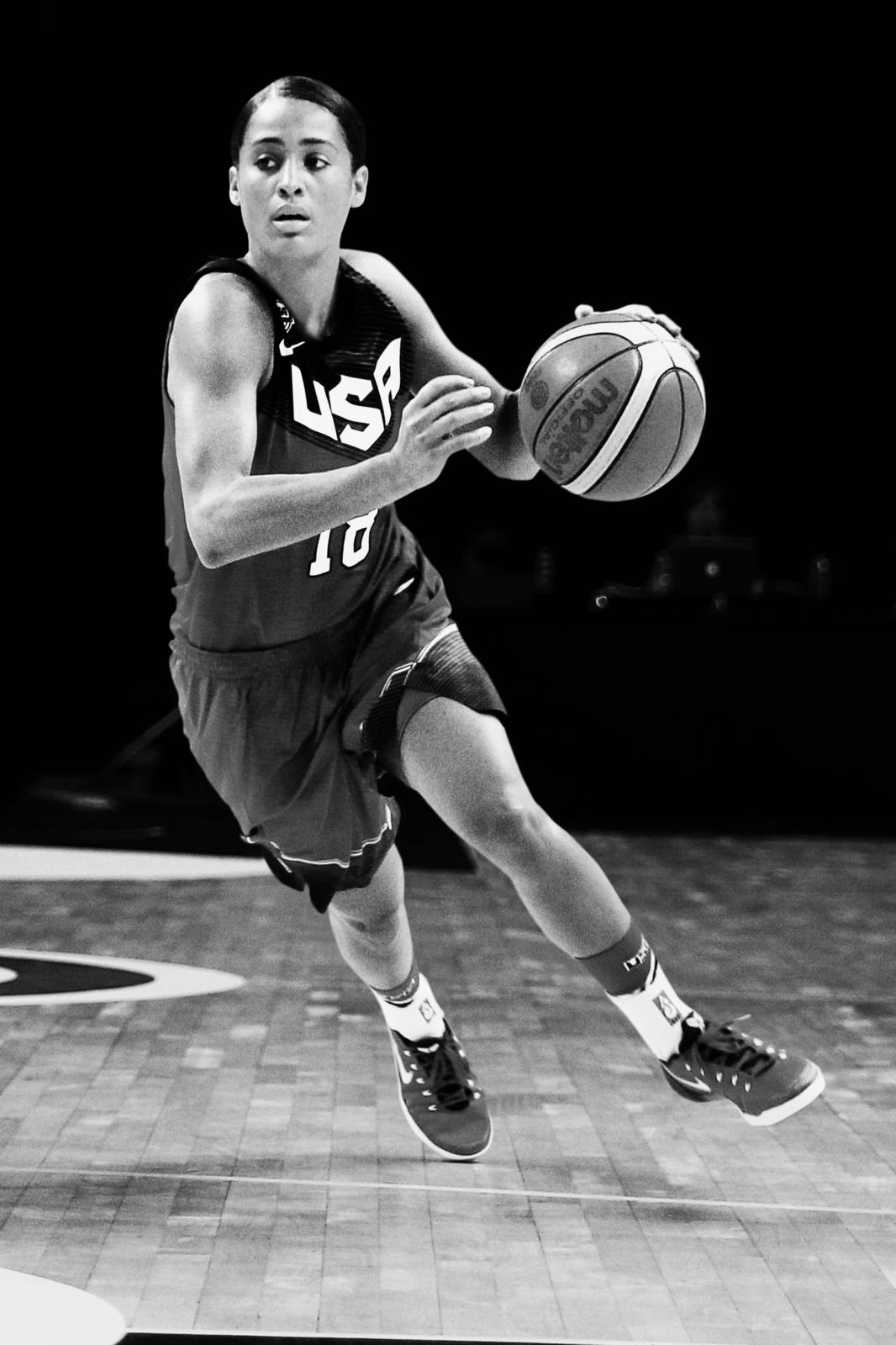 Last year, Diggins had a more personal goal: Win the league’s Most Improved Player honor after a challenging rookie season in 2013. Not only did she capture the award, but also she earned a starting spot in the All-Star Game.

“My inner circle of family and friends motivated me to keep pushing toward those goals,” Diggins says. “I set my goals, I wrote them down, I got with two of the best trainers in the country and I knew what I needed to do.” 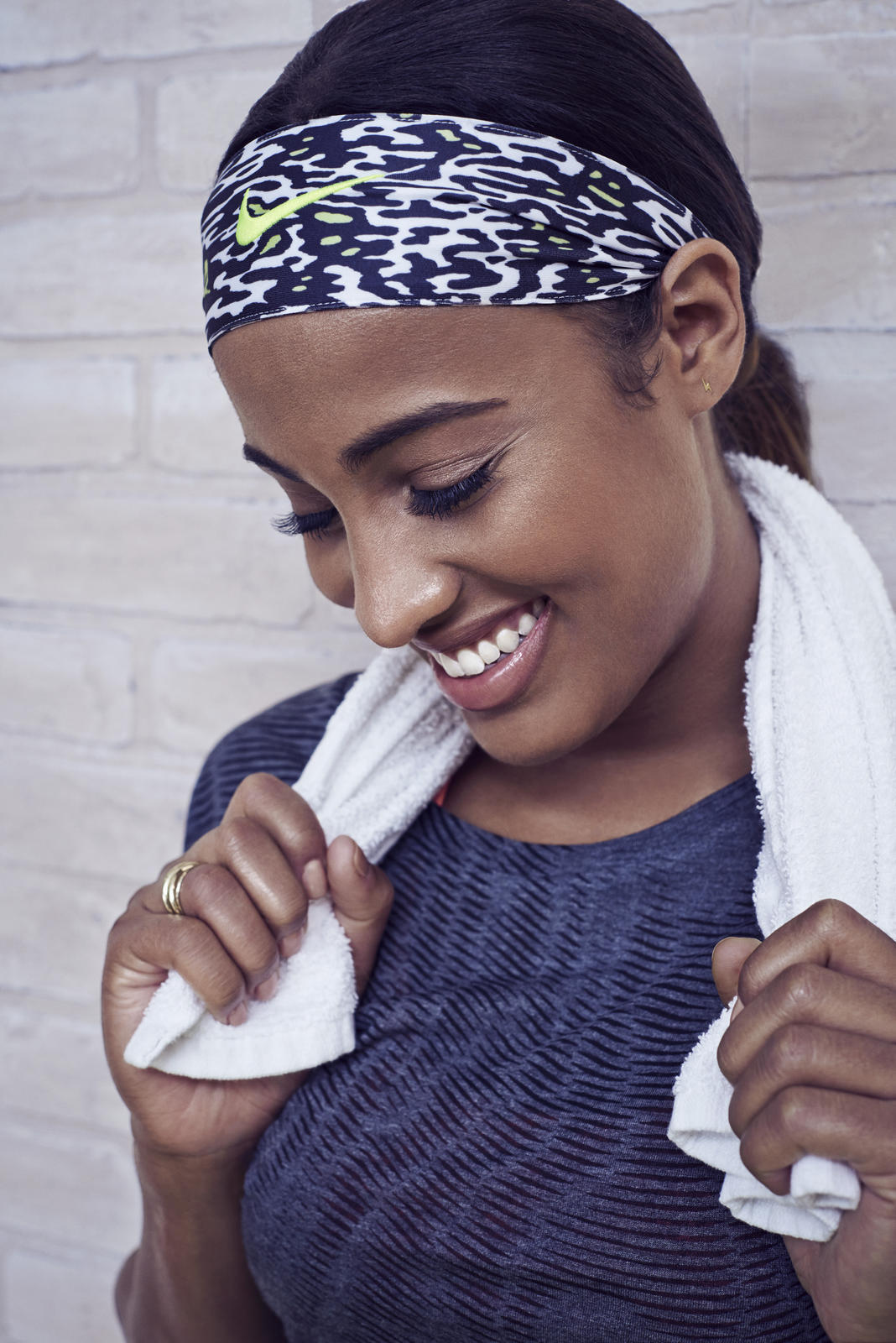 Despite her success on the court and her competitive approach to the game, Diggins’s basketball career almost didn’t happen. As a young girl in Indiana, the self-described “tomboy” tried many sports — gymnastics, softball, soccer and more — before she realized her natural skill for basketball.

“Back in 1997, my mom told me I could play professionally someday if I kept working at it,” Diggins says. “I remember the buzz around the league, and athletes like Lisa Leslie, Cynthia Cooper, Ticha Penicheiro and others who blazed the trails. They were role models that I looked up to as a young girl, and now some are even mentors for me."

Before long, Diggins was blazing her own trail in the sport, setting the all-time scoring record at her university, capturing gold with the USA Women's Under-18 and Under-19 National Teams, and helping the U.S. grab gold at the inaugural FIBA 3x3 World Championship in Athens, Greece.  “I realize now how many opportunities basketball has brought me and how many doors it’s opened and how many great people I’ve met — lifelong friends, mentors, teammates, sisters to me,” she says.

READY FOR THE ROAD

Competition has also allowed Diggins to travel the world. The 24-year-old has crisscrossed the U.S. for games and traveled to China, Thailand, Greece and elsewhere for tournaments.  When on the road she uses the Nike+ Training Club to stay fit. “I love Nike+ Training Club because I can be anywhere in the world and still get access to elite workouts,” Diggins says. “It doesn’t matter if you like high-intensity training, yoga or Pilates. Where you are, how much space you have or how much time you have. You don’t have an excuse." 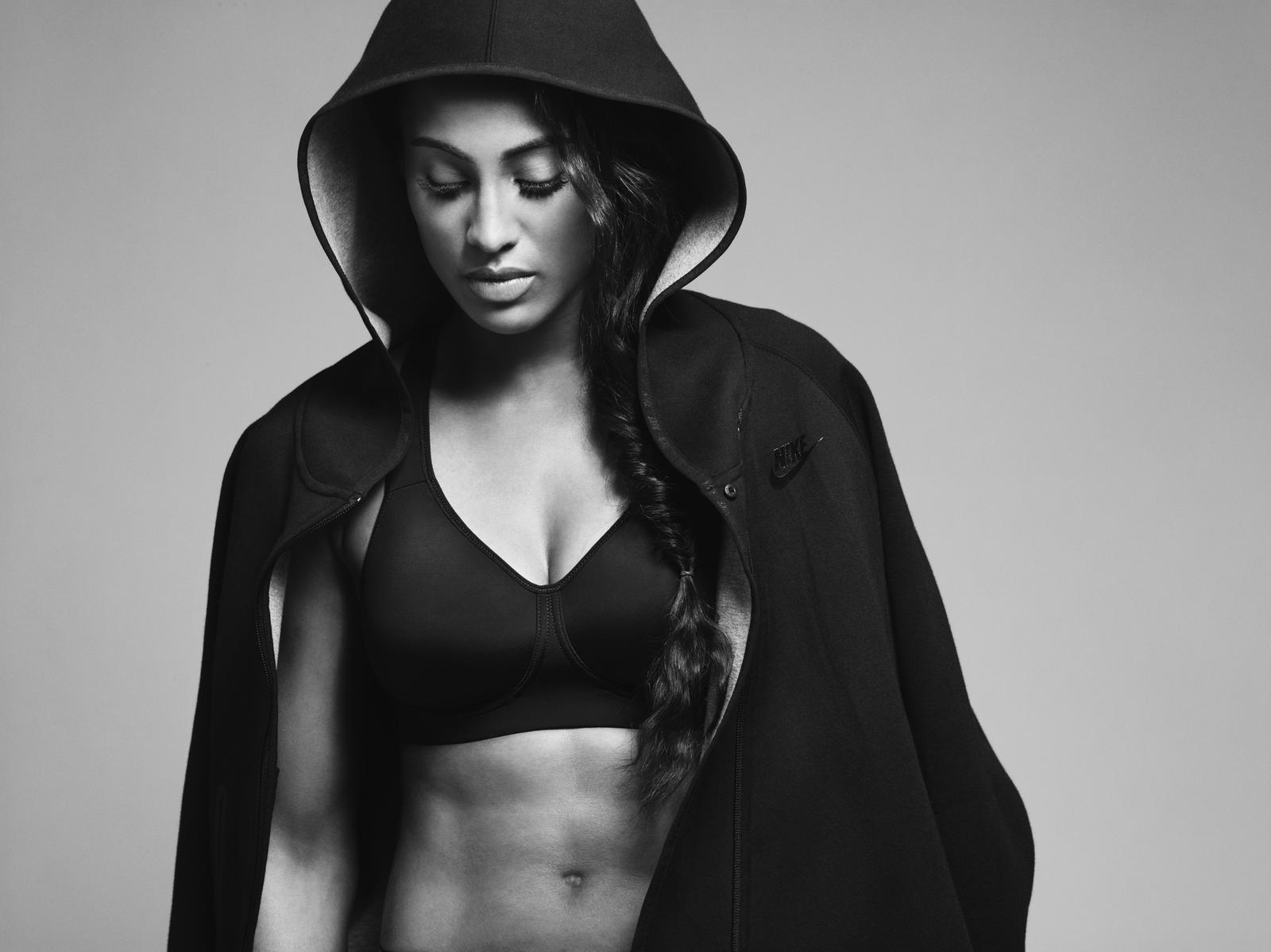 While the N+TC App helps her stay on top of her training needs on the road, Diggins also counts a few more items among her go-to travel gear.  Diggins brings her sense of style — which she dubs “tomboy chic” — to everywhere from the airport to the gym, but appreciates that one of her greatest assets is her confident attitude. “When I travel, I always have to be comfortable,” Diggins says. “I need my favorite Nike tights, headphones, a good leather jacket, boyfriend jeans and some Nike Zoom training shoes.”

“There’s a saying that I subscribe to ‘look good, feel good, play good.’ It’s a confidence thing. The way that you carry yourself, that swagger that you have, I think it’s important, whether it's on or off the court,” Diggins says. “I try to exude confidence no matter what I’m wearing. I know that when I look good and feel good, you can’t tell me anything.”