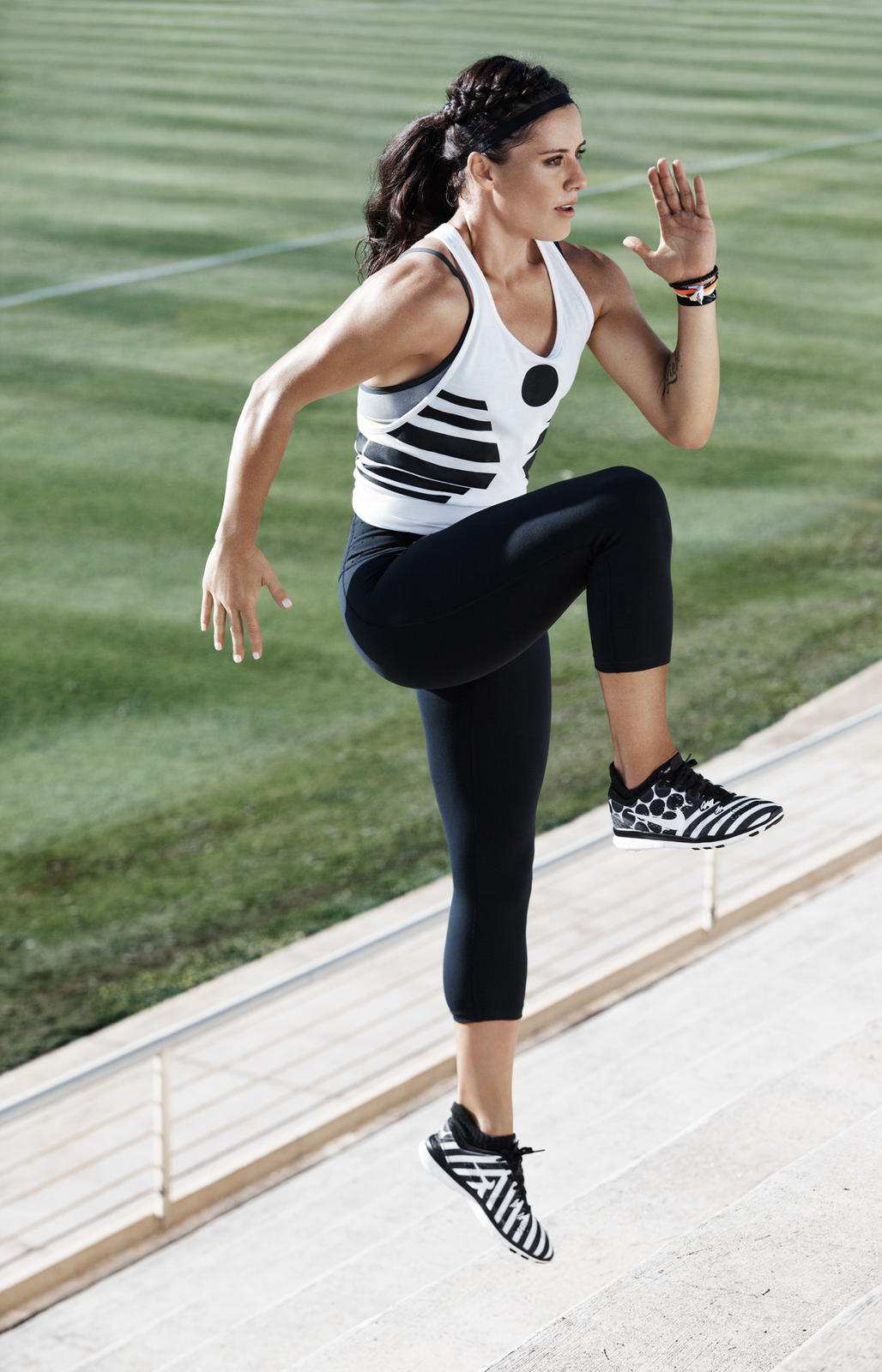 The N+TC Better For It Challenge continues with Krieger's Summer Strong Workout, available May 4.

Ali Krieger is lucky to be alive.

Early in 2006, while rehabbing a broken leg, 20-year-old Krieger noticed she had trouble breathing. A trip to the hospital revealed she suffered from blood clots in her lungs, causing a pulmonary embolism and a series of minor heart attacks. Krieger survived the life-threatening scare. Whether her soccer career would survive was less certain.

“I had thoughts go through my mind that I would never be able to play again,” Krieger admits. “I was devastated. I was heartbroken. I was gutted by the fact that I might never step foot on the field again.”

Life had delivered a serious blow to Krieger. But the Virginia native quickly punched back. She patiently recovered and soon returned to the pitch with her teammates at Pennsylvania State University. Her ensuing senior season was remarkably successful, as she earned Big Ten Co-Defensive Player of the Year honors and helped the Nittany Lions capture both the Big Ten Championship and Tournament titles. Her soccer career had new life, literally and figuratively

“It was a second chance,” Krieger says. “It put my career in perspective. I then knew exactly what I wanted to do. It really pushed me to want to get better, get back out on the field and reach for my goals and dreams.”

For Krieger, these dreams included earning a spot on the U.S. Women’s National Team. She made good on that dream in 2008. Three years later at the World Cup, the defender scored the game-winning penalty kick in a quarterfinal match against Brasil. The U.S. team would end up falling just short of a title, but Krieger had officially arrived.

However, it wasn’t long before adversity struck again. In the lead-up to the 2012 Olympic Games, Krieger suffered a torn ACL and MCL in her right knee.

“I went through a lot of ups and downs, and once again, I went back to, ‘Am I ever going to play at the highest level again? Am I ever even going to play?’” Krieger says. “So that was difficult. But I loved the game too much. I wasn’t going to quit. I was going to do my best each and every day to get better, while still cheering on the girls."

From afar, Krieger passionately rooted for her team throughout its gold medal run. She received mutual support and encouragement from teammates as she recovered.

“E-mails and tweets went back and forth during the whole tournament,” Krieger says. “It was really refreshing knowing that they cared. I think that's what lifted me, because I wanted to get back so soon. I just wanted to be back with the team as quickly as possible.”

Krieger has managed to hurdle every obstacle thrown her way. She credits her perseverance to her father, a veteran youth soccer coach, and her strength to overcome adversity to her mother.

“What my dad always taught me is to control what I’m able to control,” Krieger says. “And that’s two things: my work ethic and my attitude. And I’ve tried to carry that throughout my whole career.”

A career that she hopes will include a World Cup title.

“We’re ready to win this tournament. Every one of us, we’re ready. We want to have that good feeling walking off the field because we deserve it.” 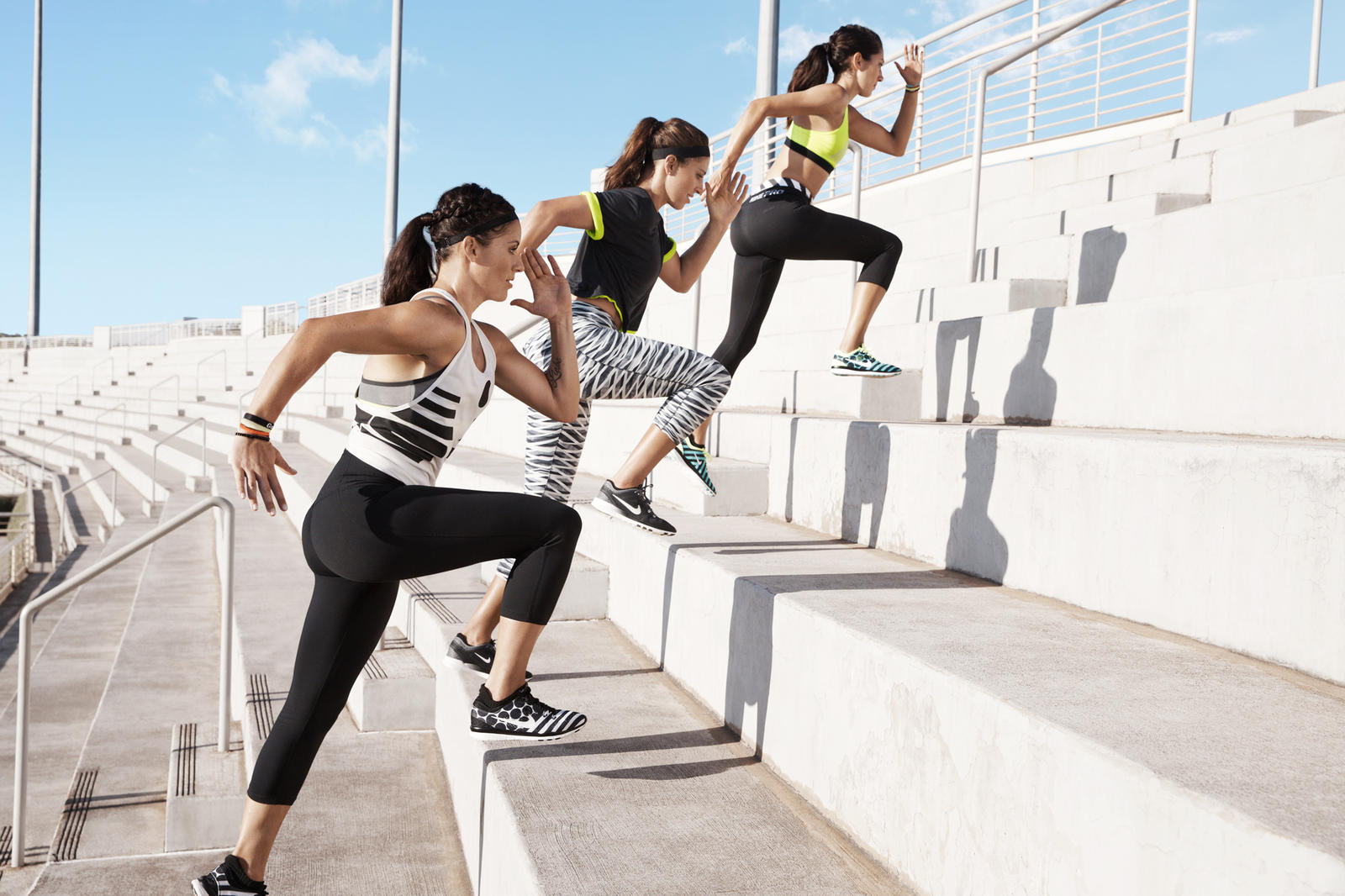 The Nike+ Training Club Better For It Challenge continues this month with the launch of Krieger's Summer Strong Workout on May 4. While Krieger prepares for soccer’s biggest tournament this summer, athletes of all levels can get a taste for the type of elite training she does through drills such as Touch Downs and Single Leg Dead Lifts.

“Strength and power are important in my position,” says Krieger. “Drills like lunges and push-ups in my workout help me improve my positioning, footwork and timing skills that are so critical for a defender. And, what I love about this workout is there is such a variety that anyone – elite or beginning athletes – can do it.”

Athletes can access the N+TC Better For It Challenge at nike.com. The third and final installment will feature Carli Lloyd next month.