Nike’s 42-year legacy of signature athletes is bolstered today with the addition of its newest member, Kyrie Irving, and his first shoe, the KYRIE 1. The honor bestowed on Irving is something that he earned through the hungry yet humble approach he brings to competing at basketball’s highest level. 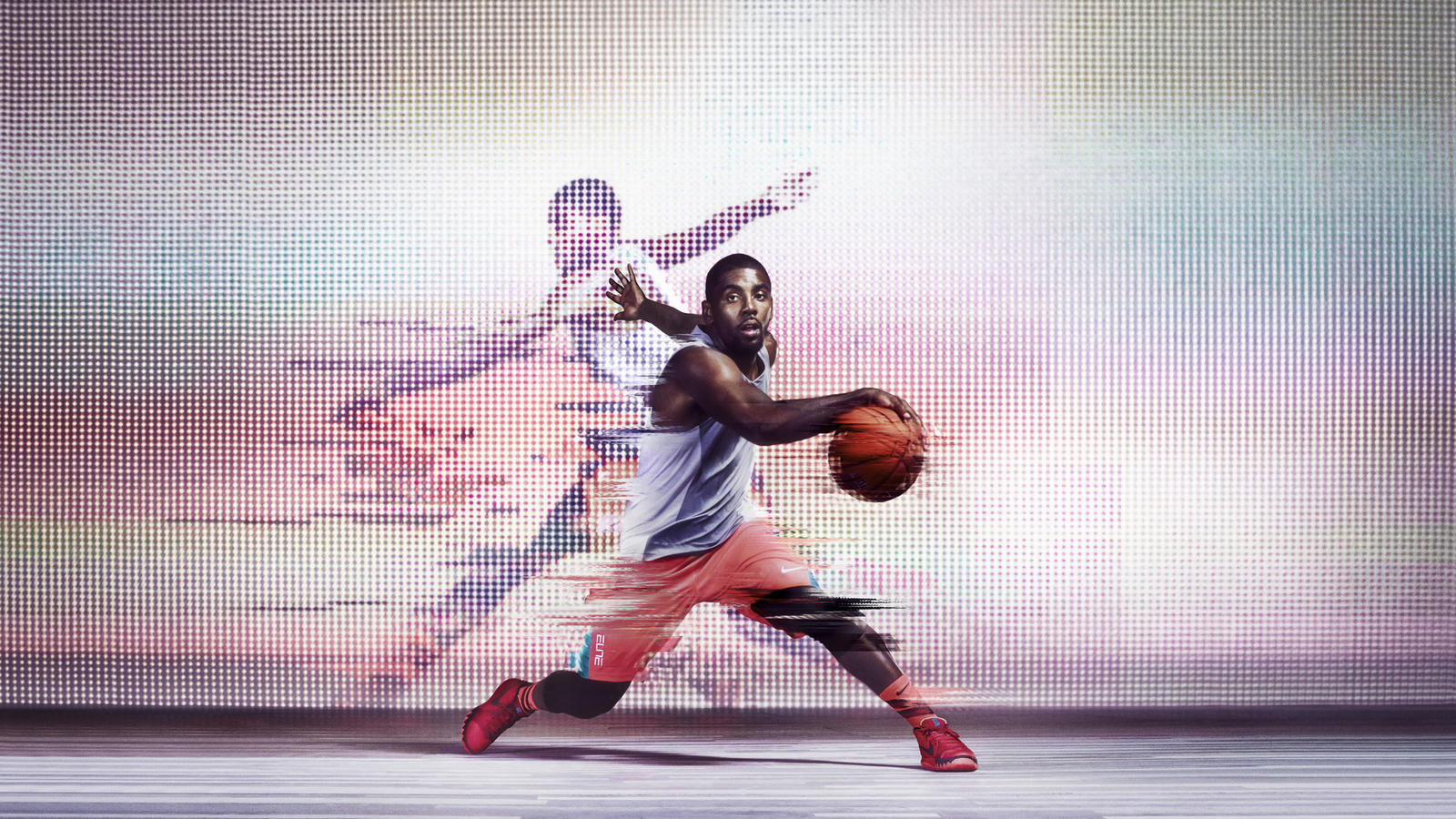 The Australian-born 2012 Rookie of the Year is also a two-time All-Star (2013, 2014), and was most recently the MVP of the 2014 FIBA World Cup — solid indications that the future is bright for Nike’s newest signature athlete. 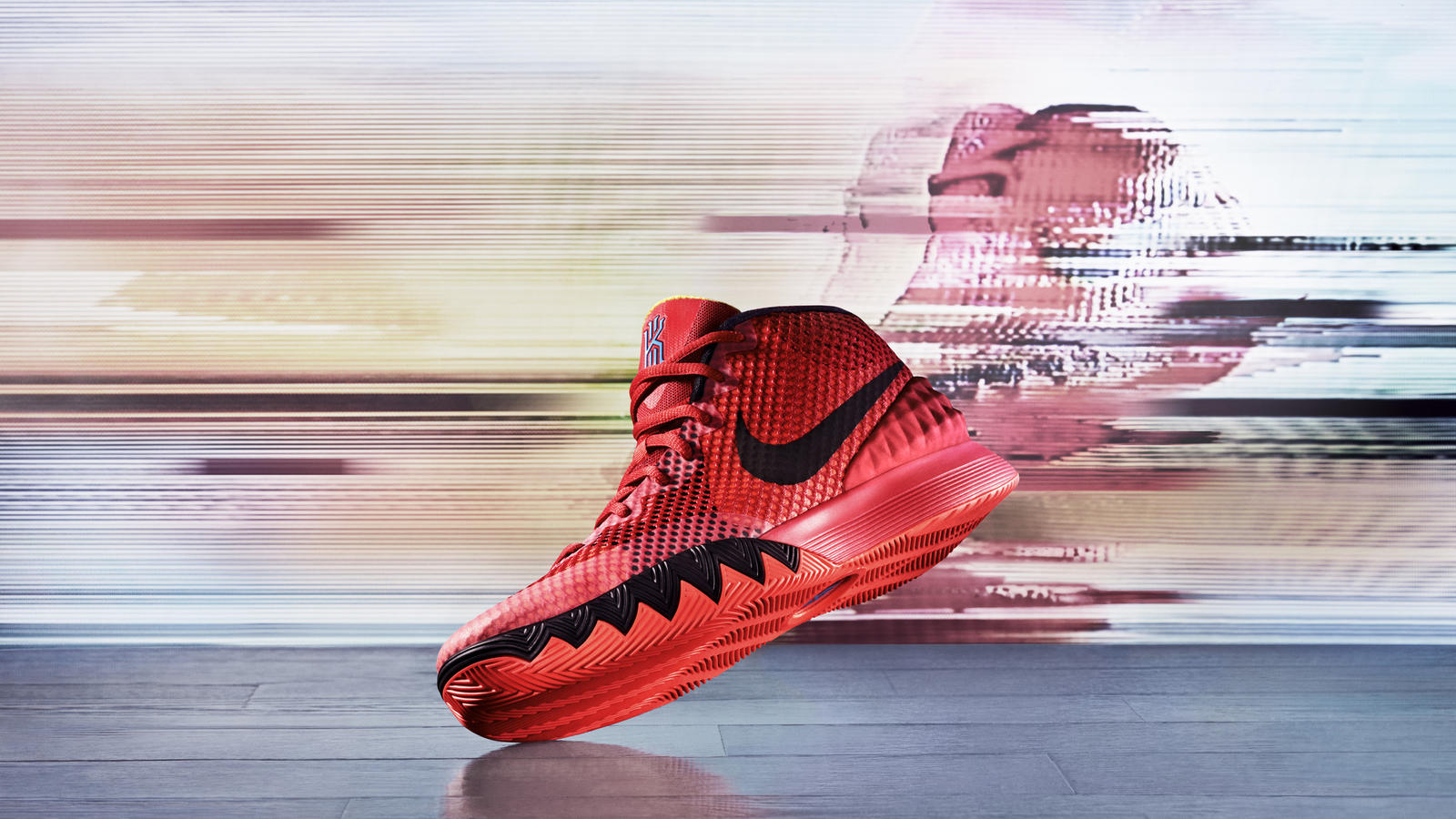 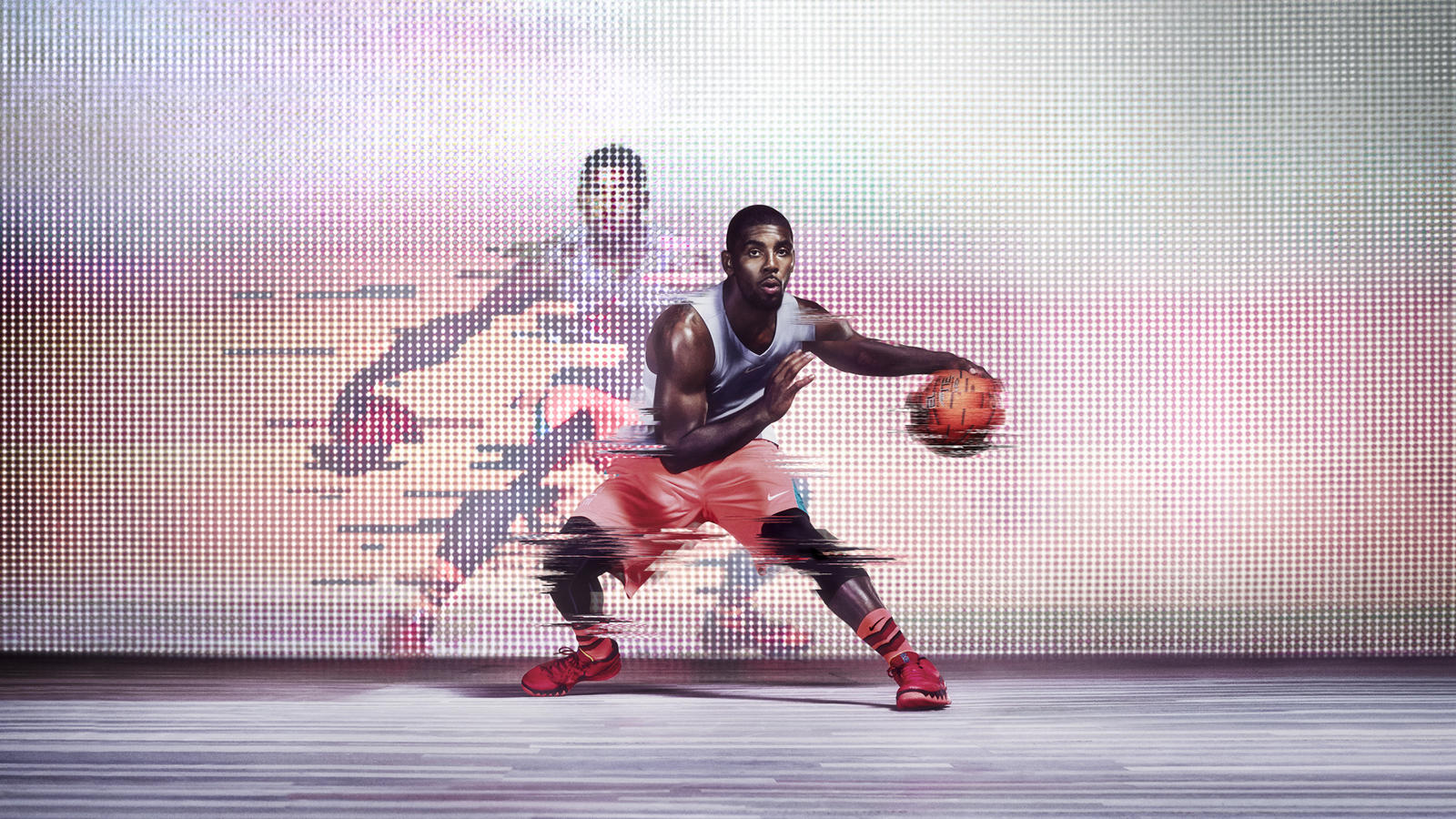 “As a kid, imagining that I’d be in the Nike family with my own shoe was something that seemed almost unattainable,” said Irving.  “Now that I’ve received the KYRIE 1 I’m honored to represent Nike and its next generation of players.” 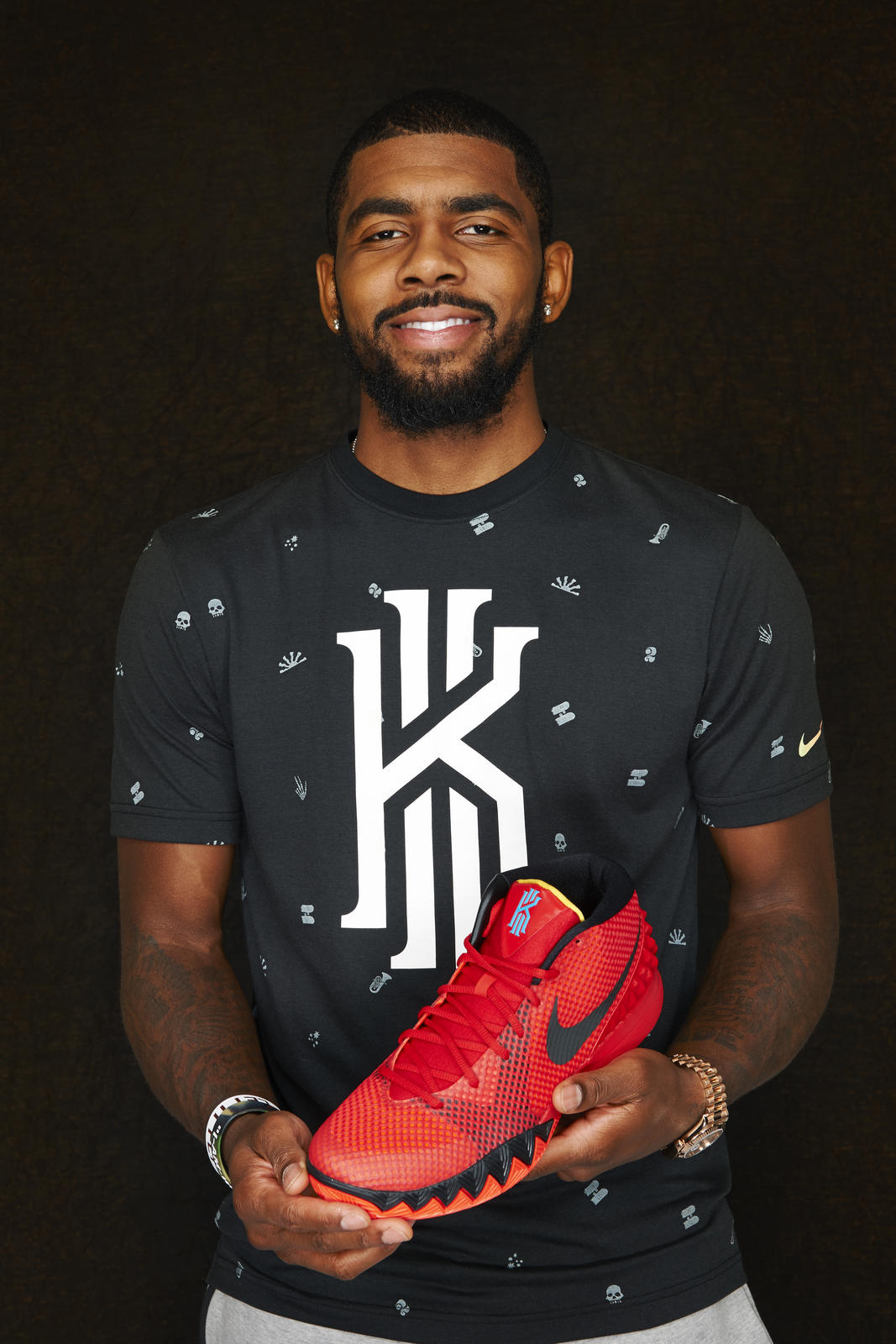 At the Dec. 3 unveiling of the KYRIE 1, Irving was welcomed by signature legends Charles Barkley and Penny Hardaway, and was honored by current superstar and teammate LeBron James. Irving was joined by his father Drederick Irving to share in the special moment. Invited guests were given exclusive access to an archive exhibit of past signature greats, from Michael Jordan and John McEnroe, to Mia Hamm and Eric Koston.

When designer Leo Chang and team began the design process of the KYRIE 1, the goal was to build a shoe to match Irving’s tremendous speed and quickness.  The KYRIE 1 needed to be light, bold and responsive with the best traction Nike Basketball could develop for Irving’s prolific first step. 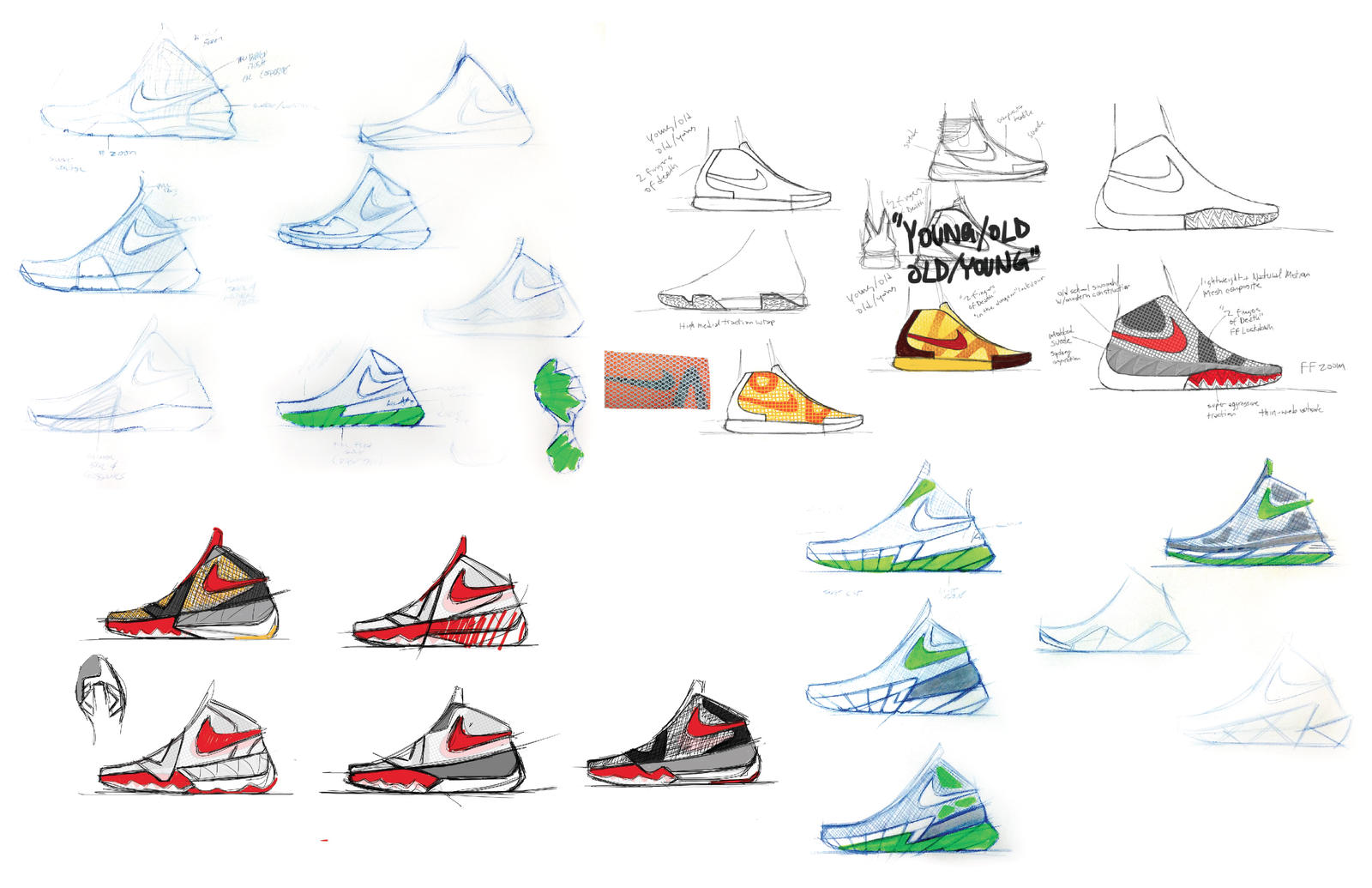 After months of meticulous testing and feedback, the KYRIE 1 was created to deliver three primary benefits: 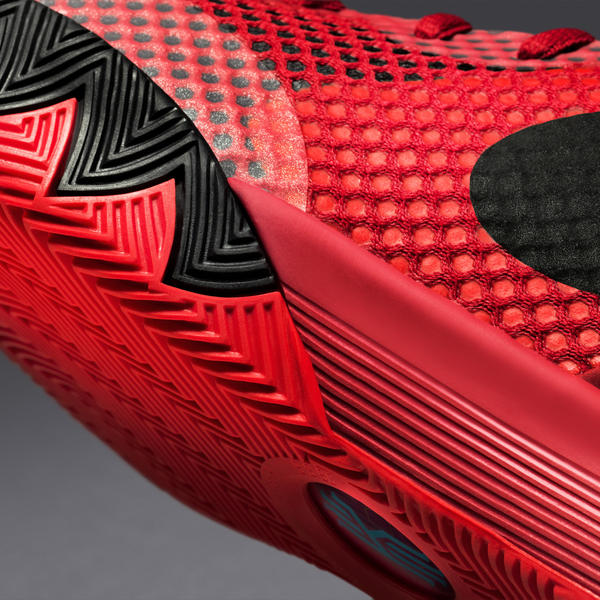 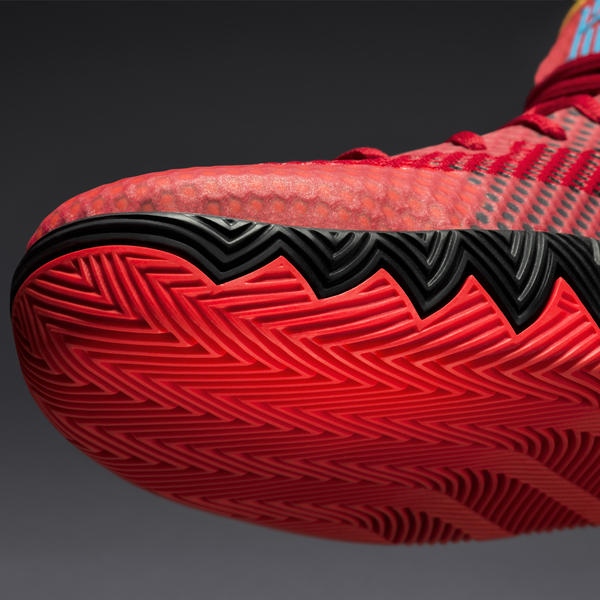 360-degree dynamic traction on sole and side walls 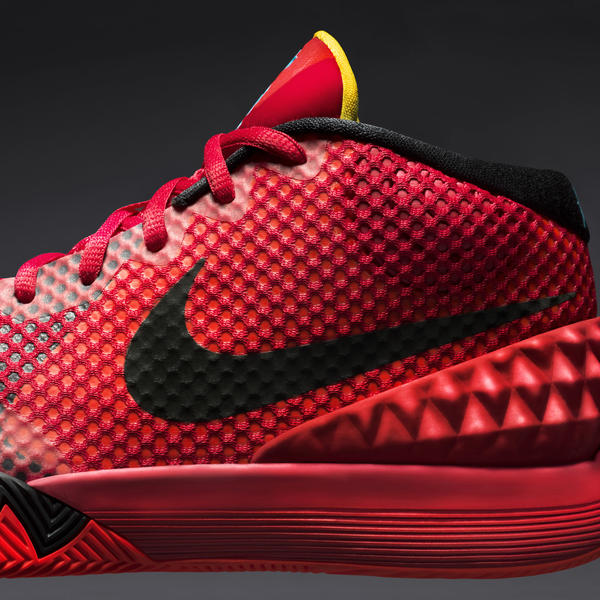 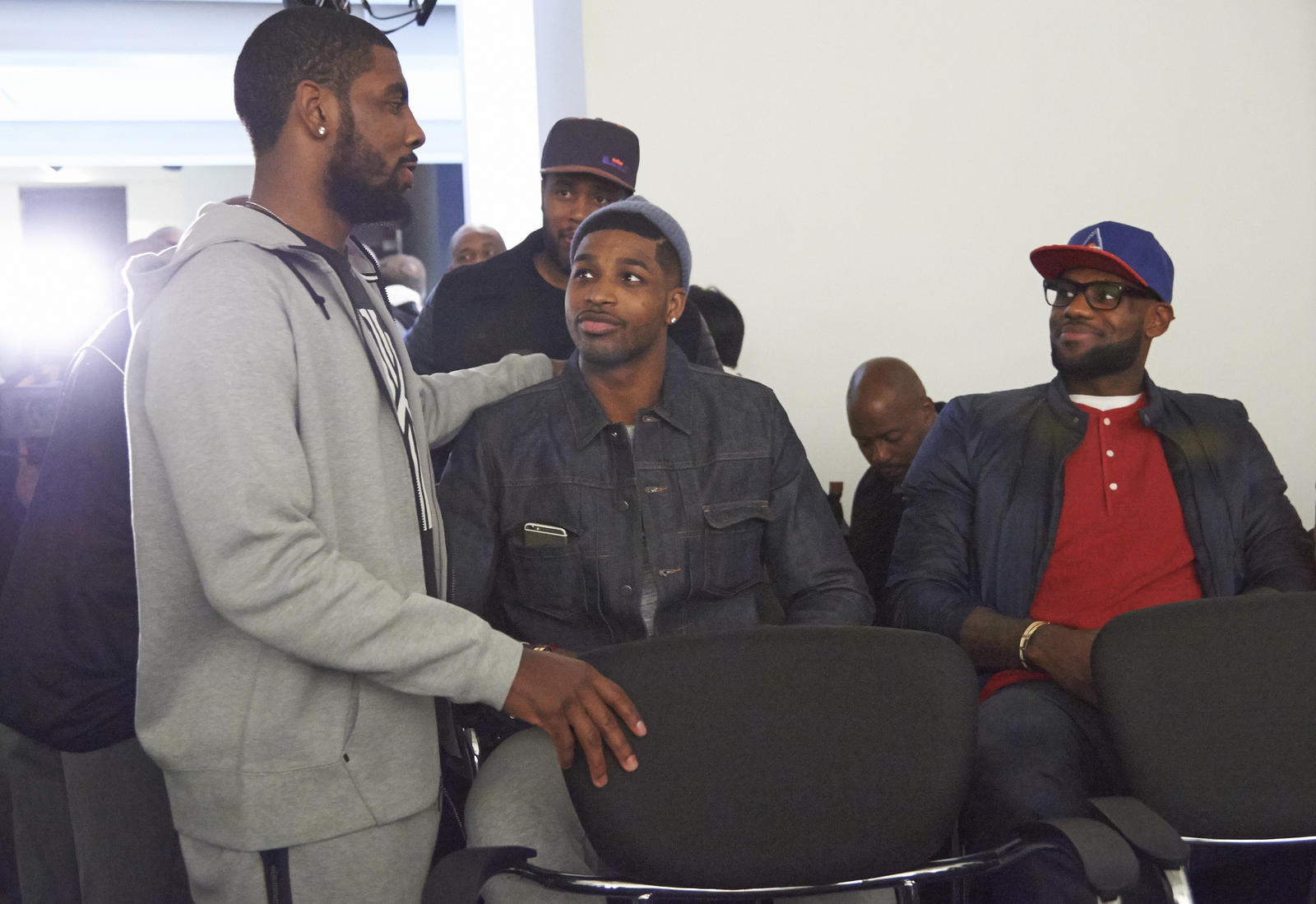 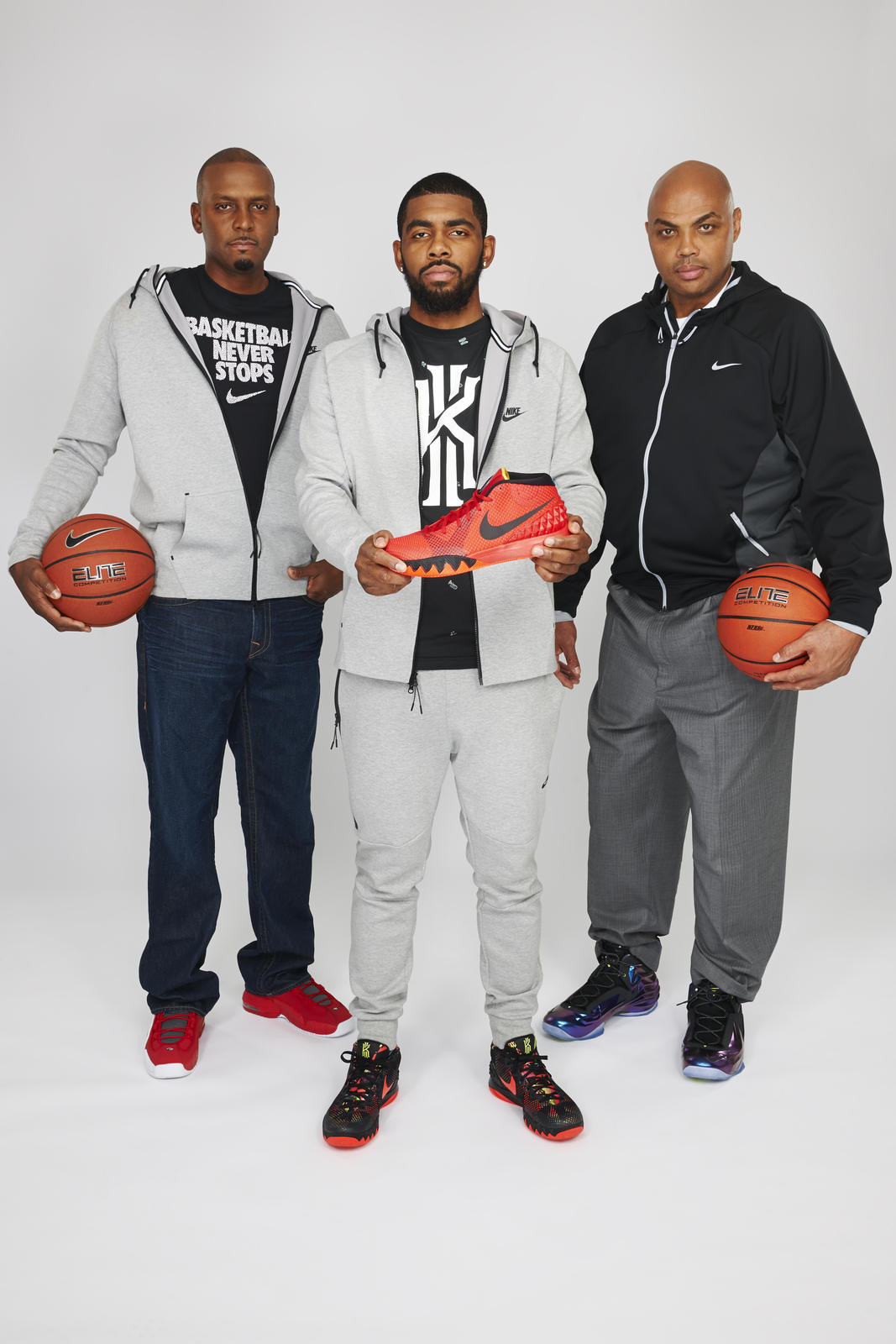 His first signature shoe, the KYRIE 1, lives up to the performance and storytelling expectations set by previous signature kicks: 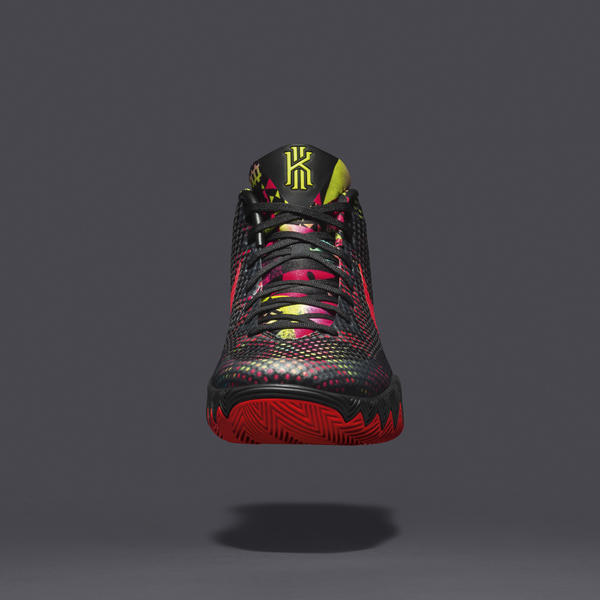 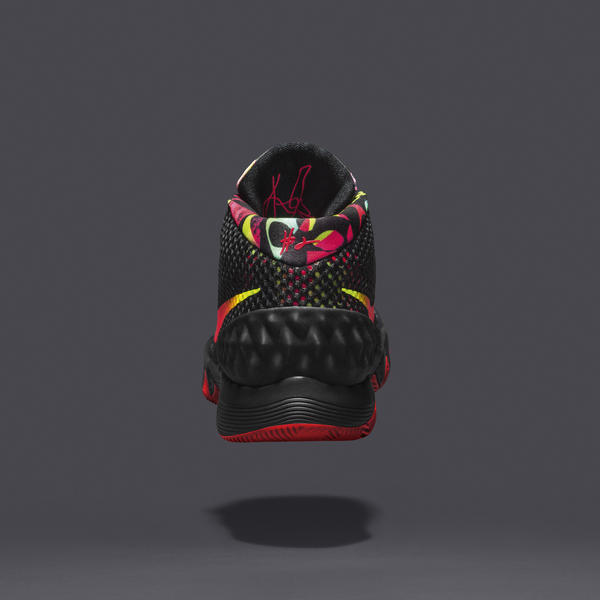 #2 written on the heel in Irving's penmanship 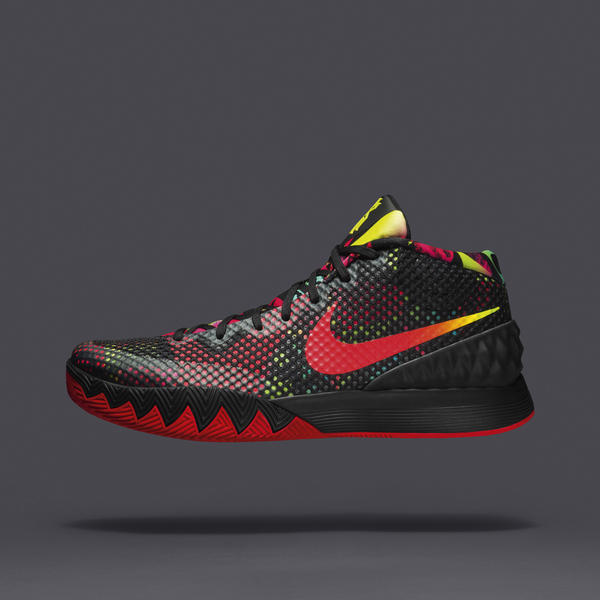 Each of these distinctions appear on all KYRIE 1 colorways. Individual stories come to life on each colorway beginning with the KYRIE 1 Dream. Irving often dreamt of waking up on Christmas morning and lacing up for a game professionally – a dream that will come true when Cleveland plays in Miami on Christmas day. The black-based shoe features geometric, colorful objects specific to Irving’s life journey, including stars from the Australian flag, a skateboard, his jersey number and a brass musical instrument.

The KYRIE 1 Deceptive Red is the lead colorway globally; it takes inspiration from Irving’s phenomenal quickness and accelerated first step.

The bar is set high for Irving based on his family pedigree, international experiences, thirst for knowledge and reluctance to fail. Irving’s role model remains his father Drederick, once a professional basketball star in Australia, who demonstrated great character as a single father raising three kids.

“My family means everything to me,” said Irving. “My father led by example and taught me how to become a stand-up man both on and off the court. You get what you give, and I’ll never take life or any opportunity for granted.” 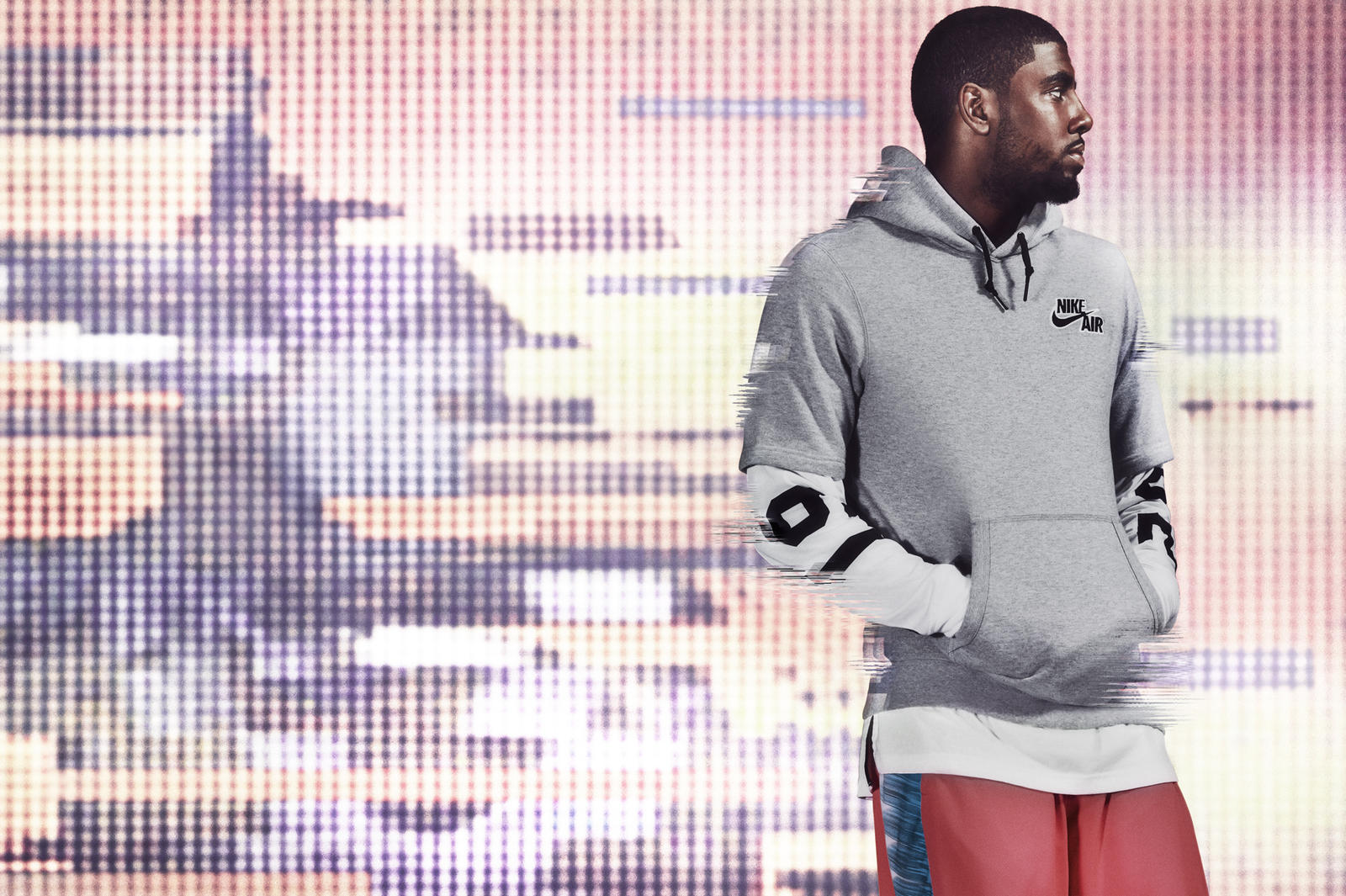 Irving will remain a hungry and humble leader focused on guiding Cleveland to a championship and representing Nike with distinction.

The KYRIE 1 is currently available for customization on NIKEiD; the KYRIE 1 Dream colorway will be available in North America on Dec. 23 in adult and kids sizes at nike.com and select retail destinations. The KYRIE 1 Deceptive Red colorway is available globally on Jan. 10, 2015. Along with the shoe, special KYRIE 1 T-shirts, hats and socks will also be available. 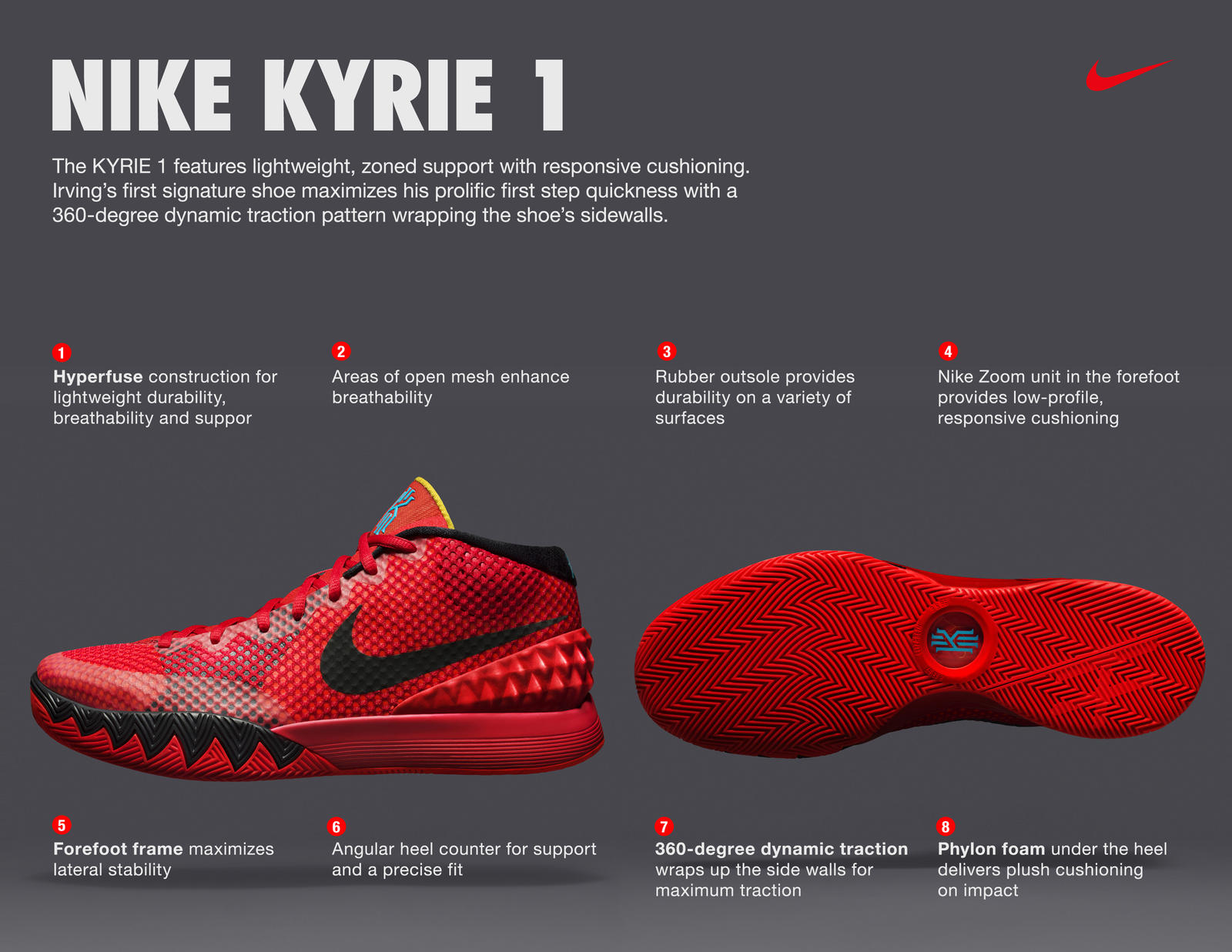 Key performance attributes of the KYRIE 1.