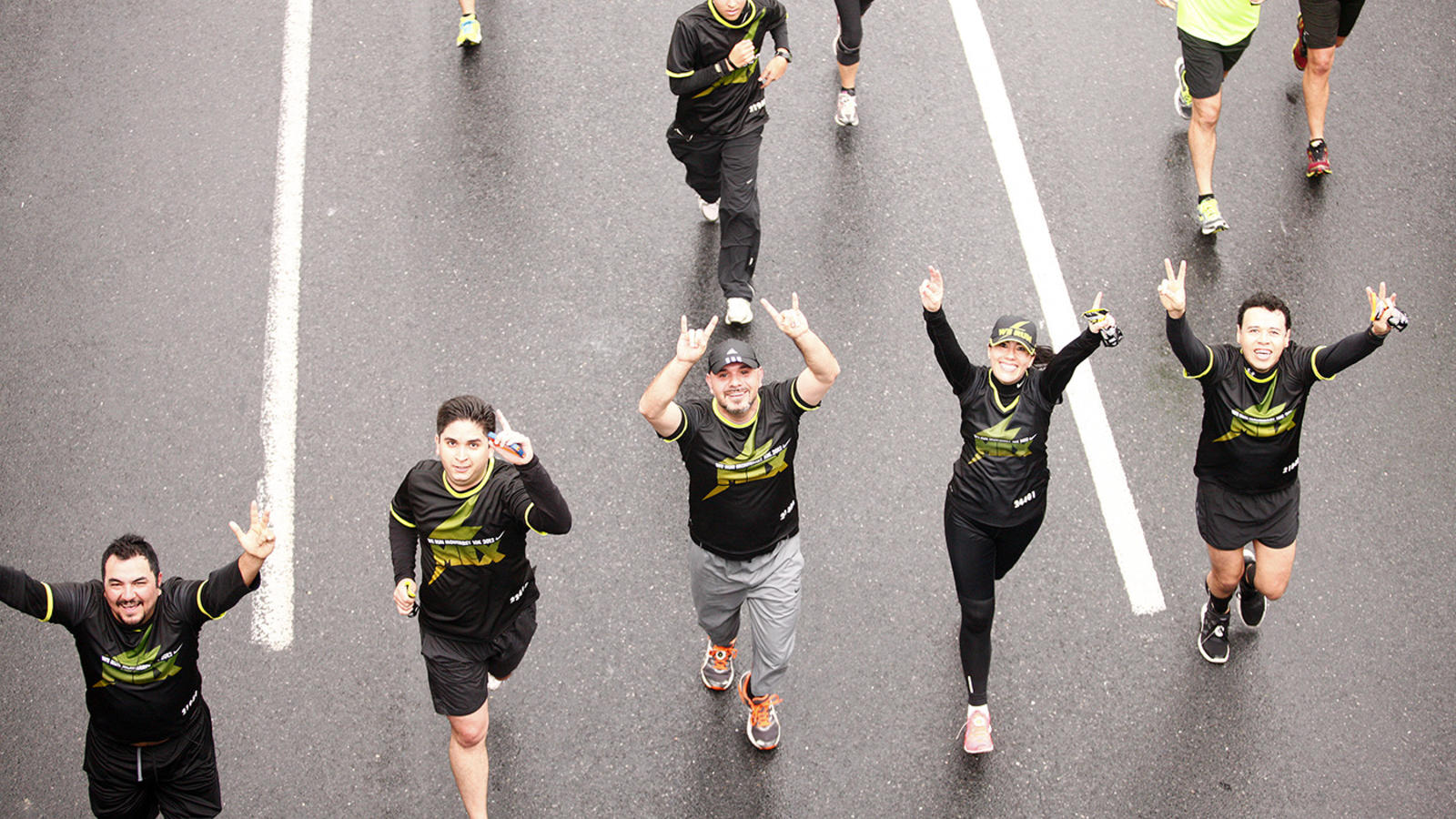 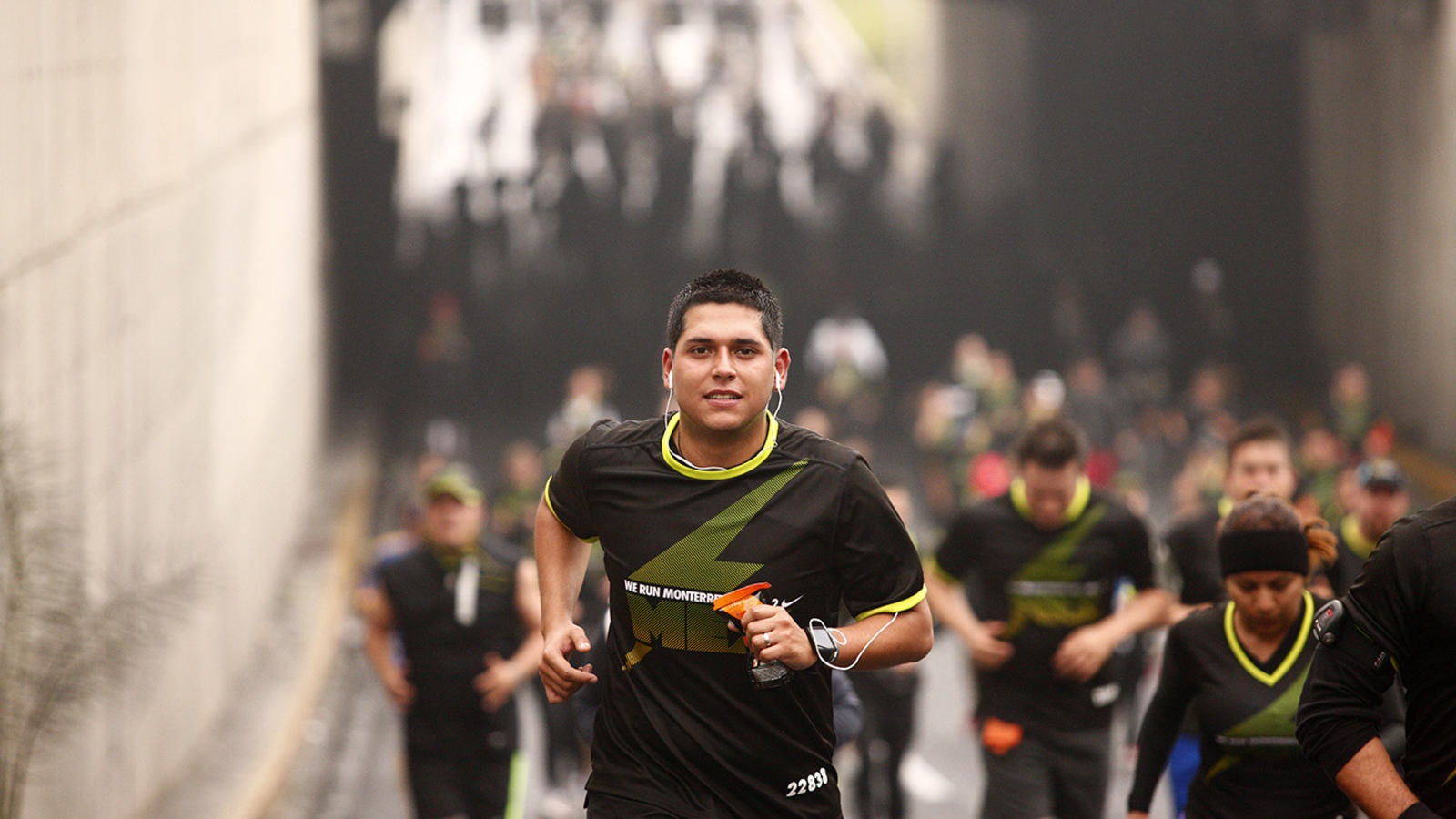 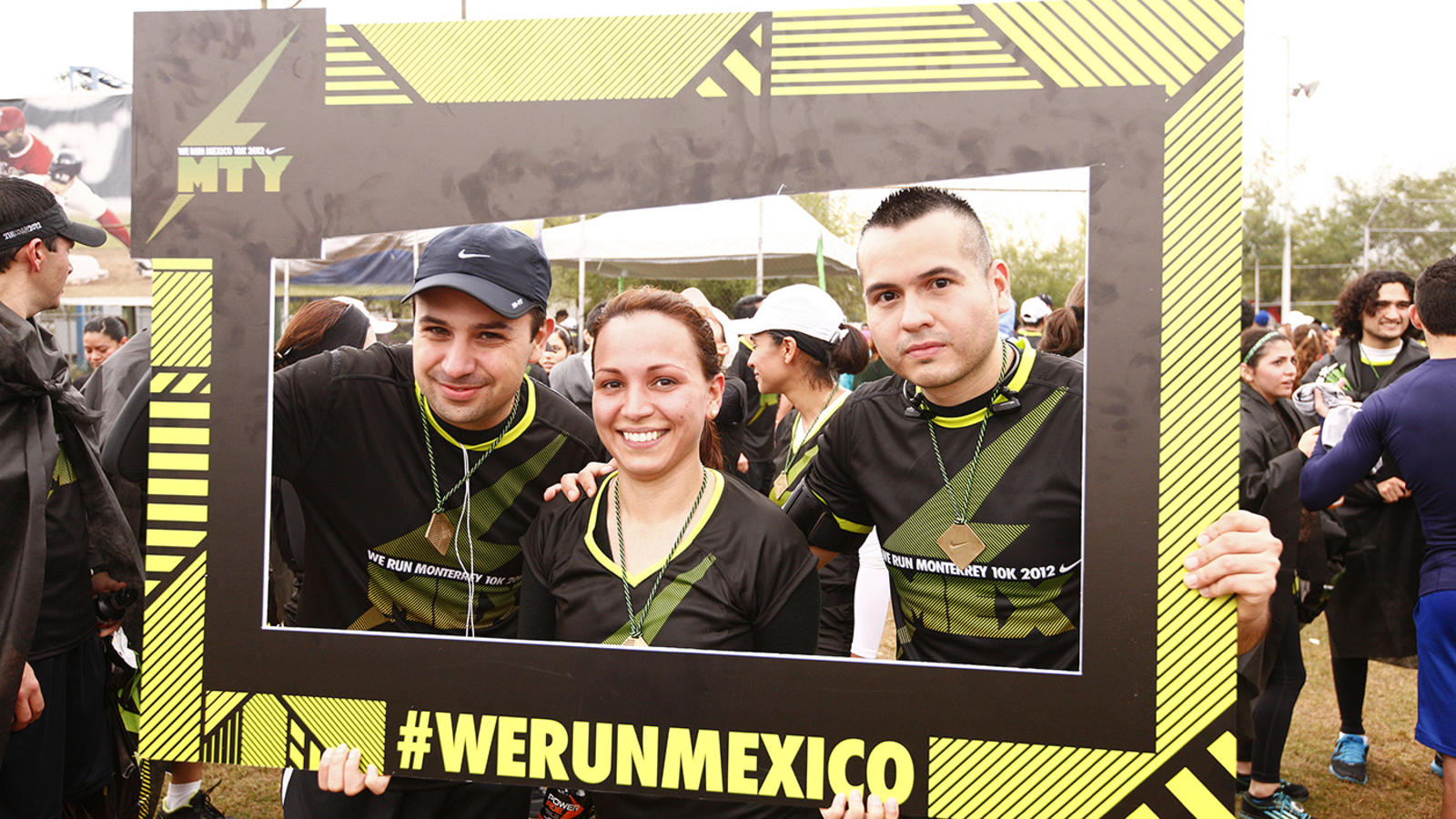 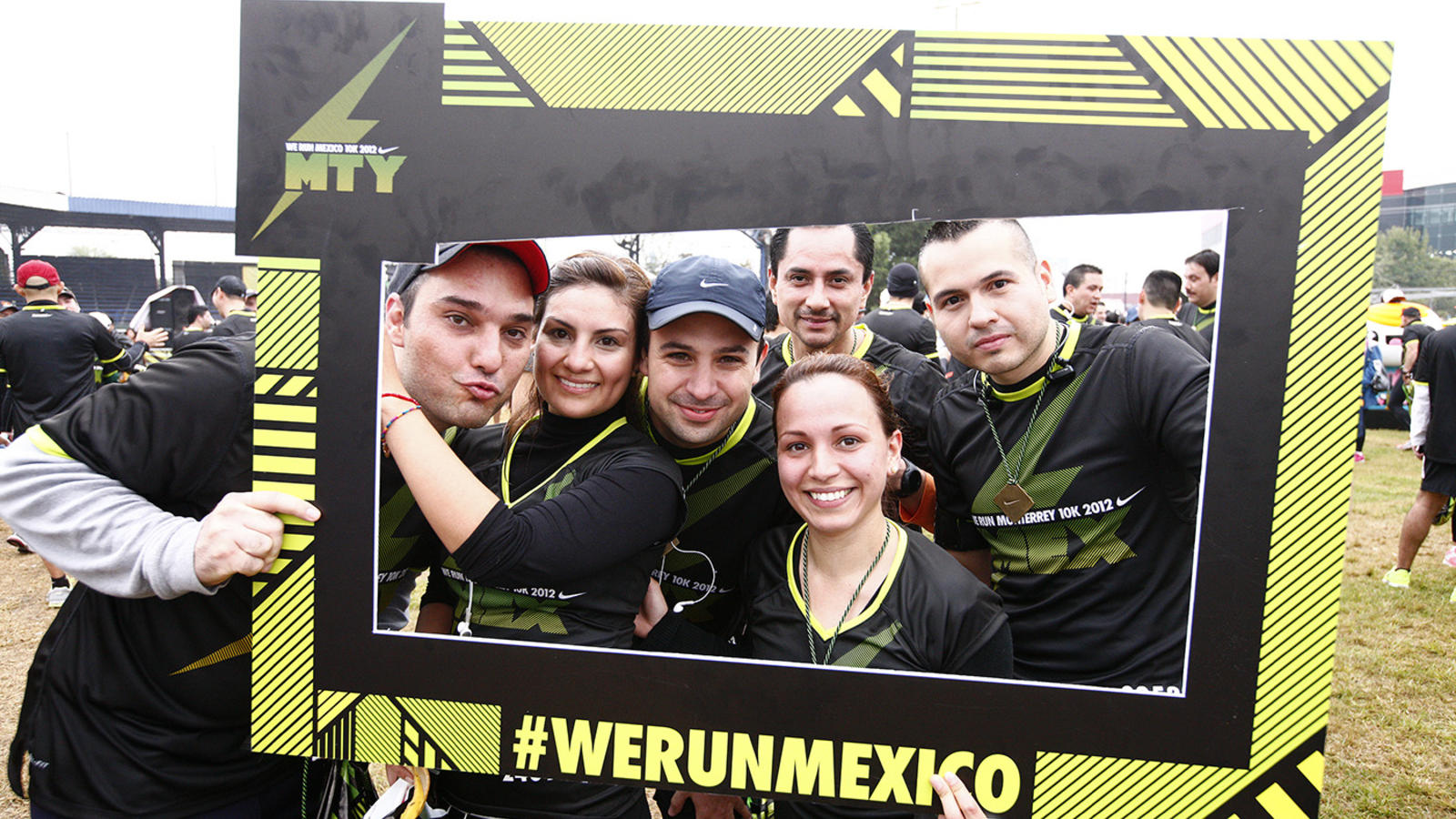 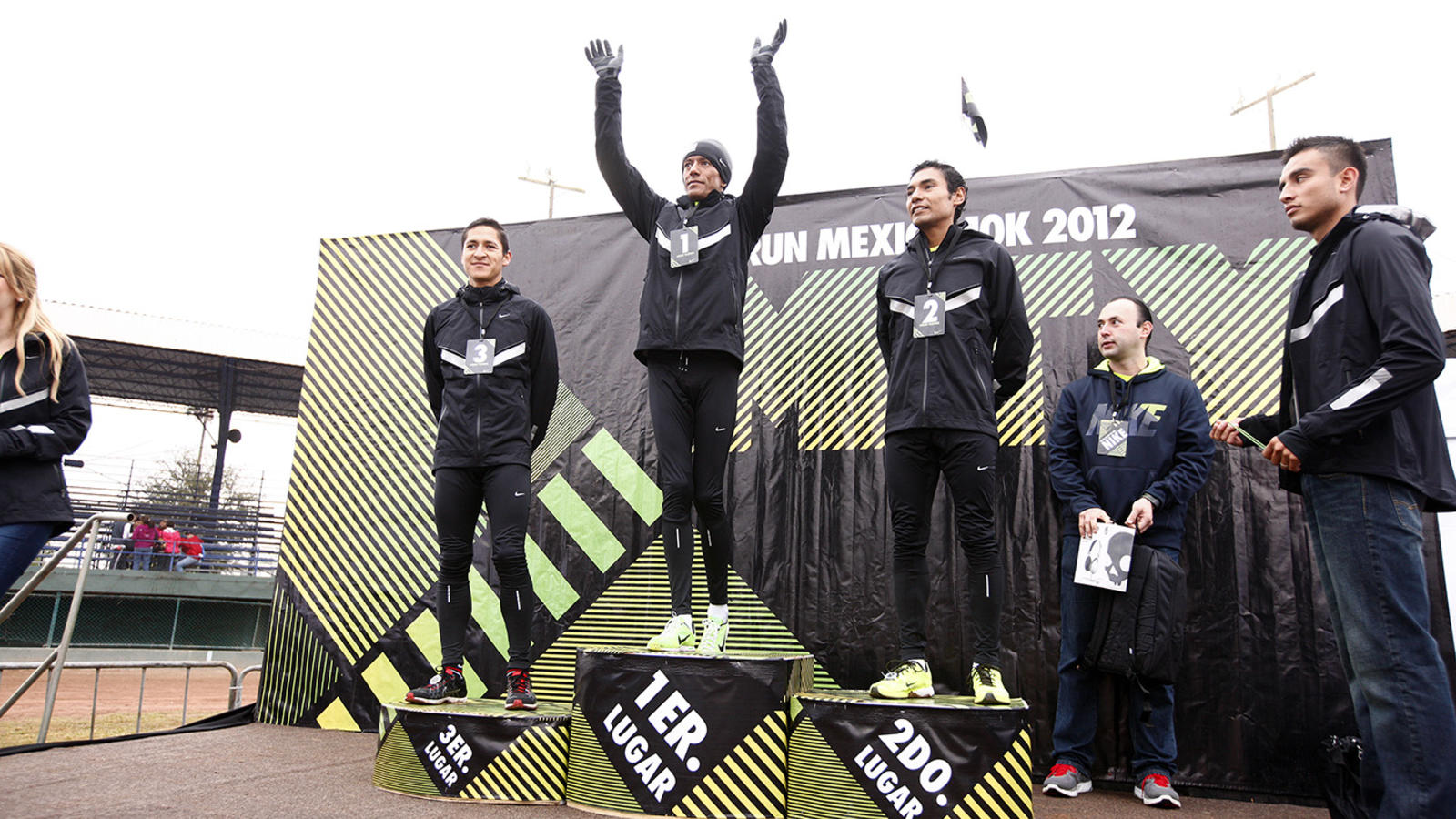 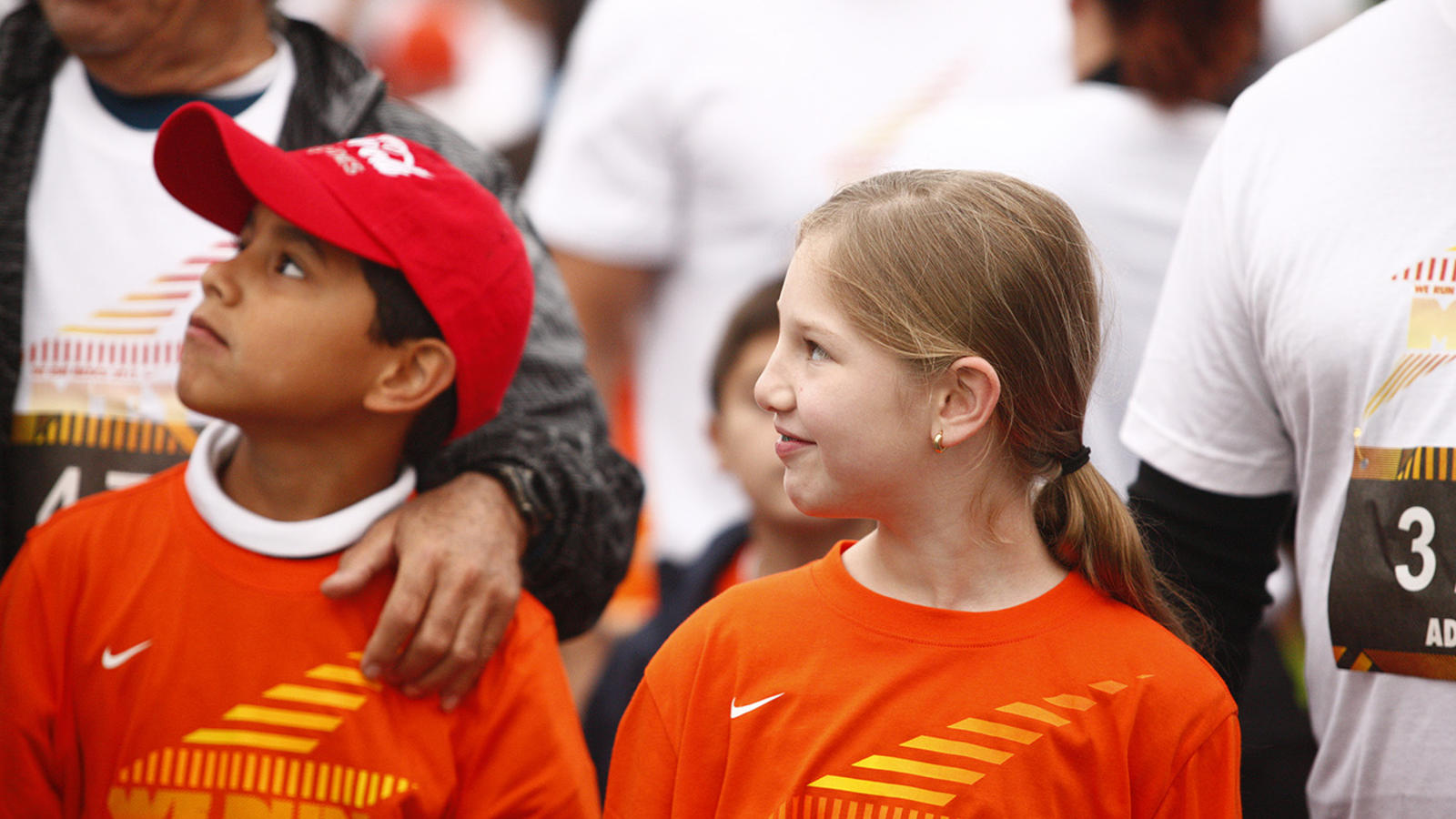 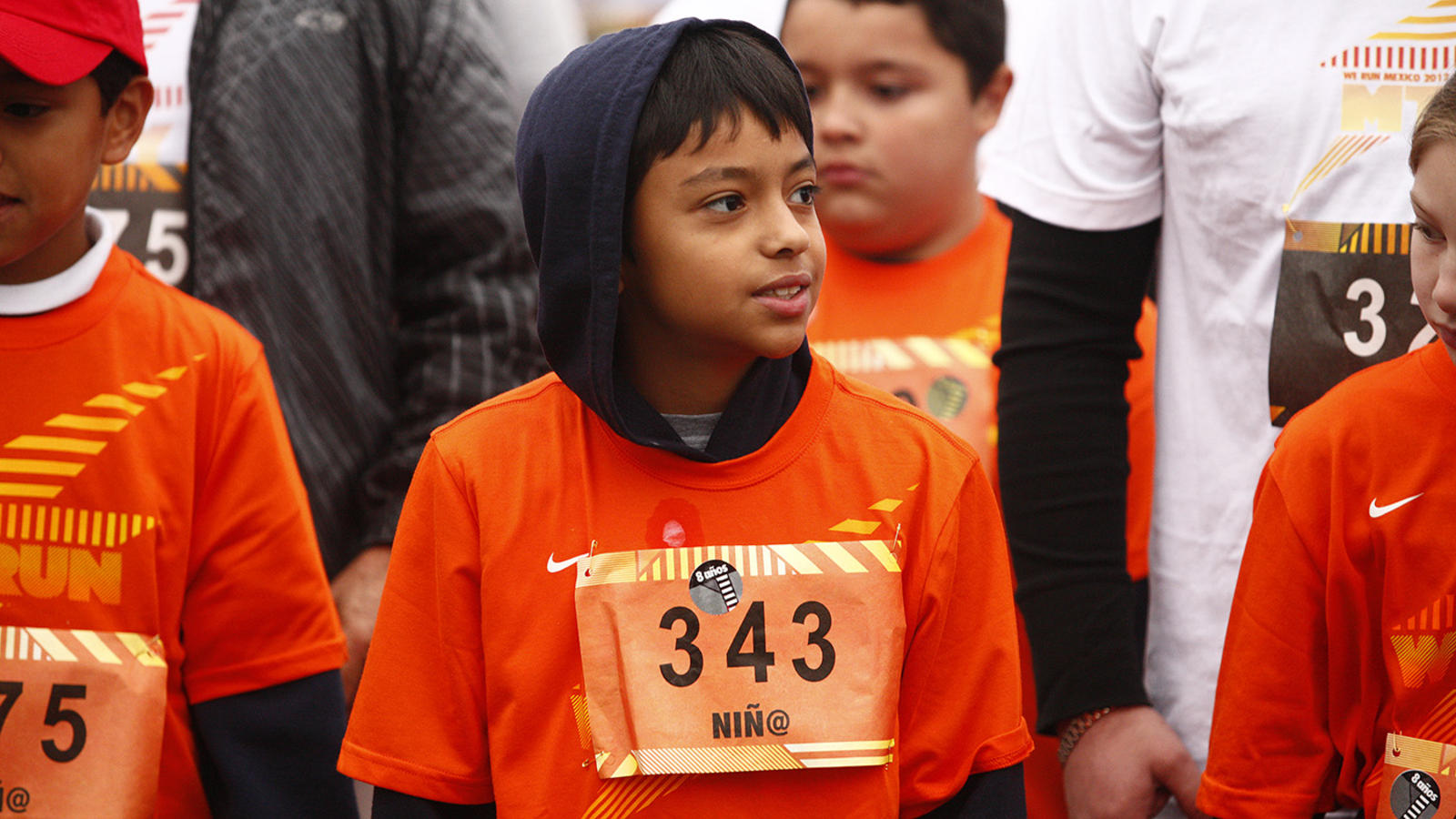 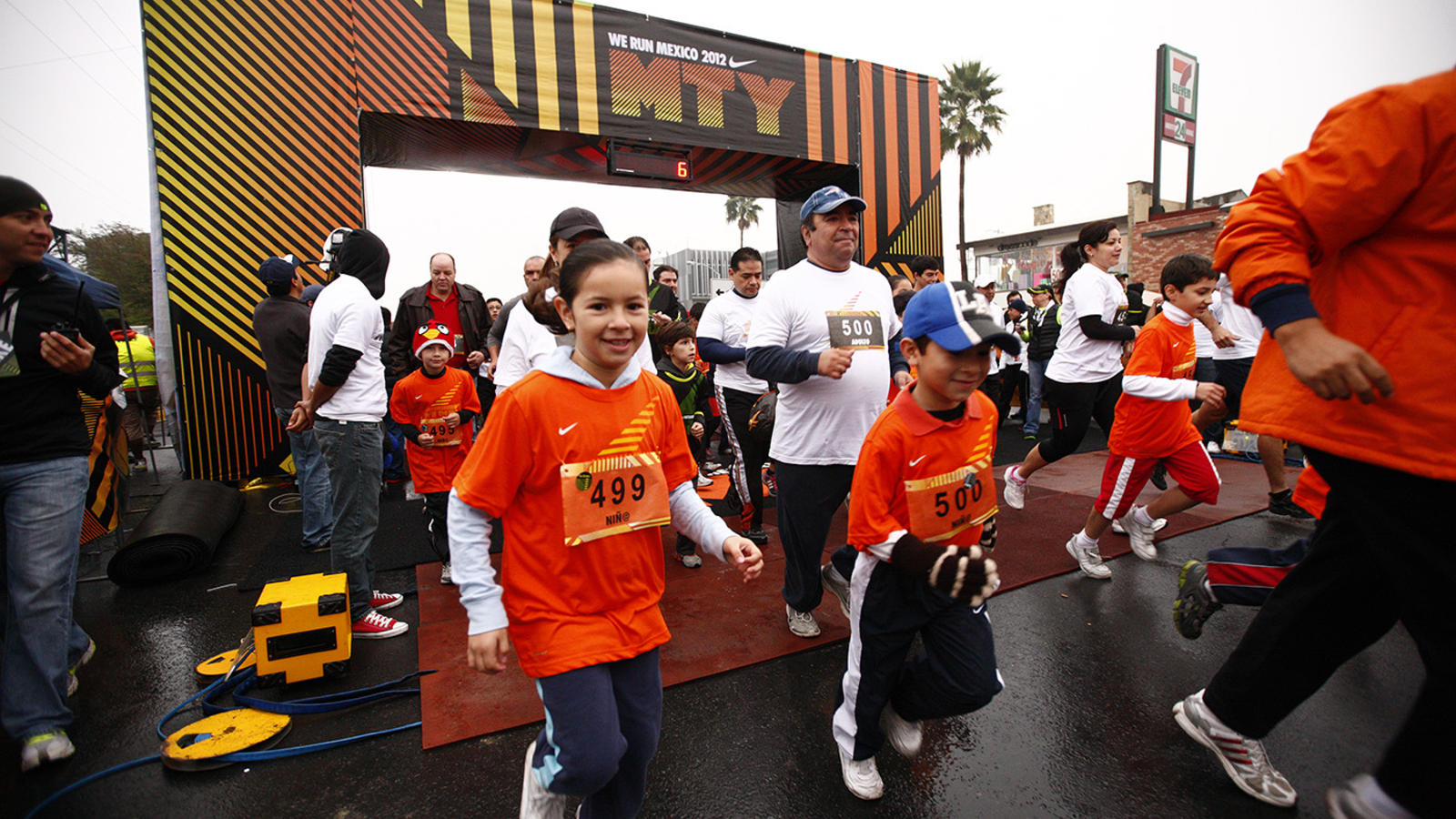 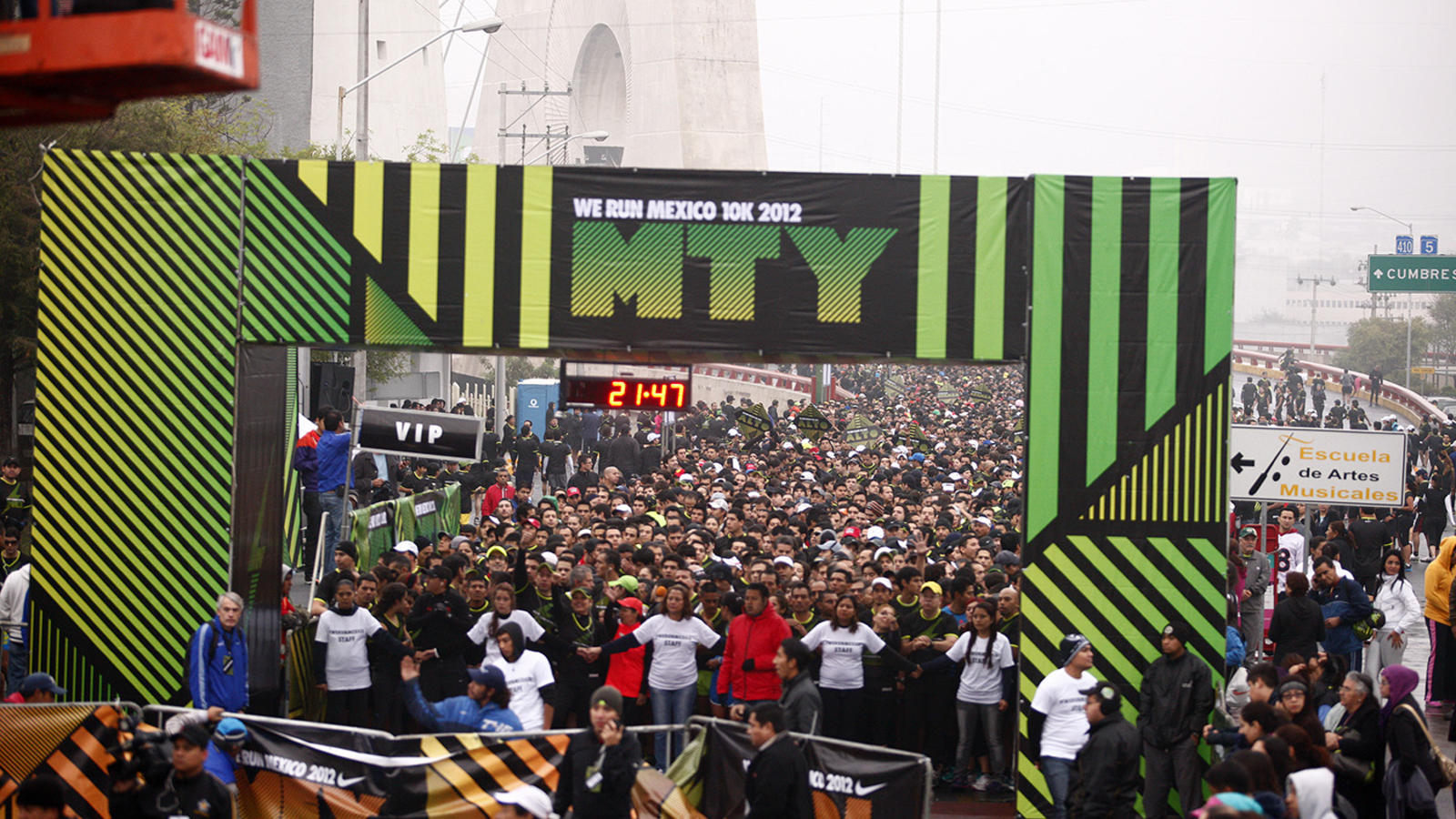 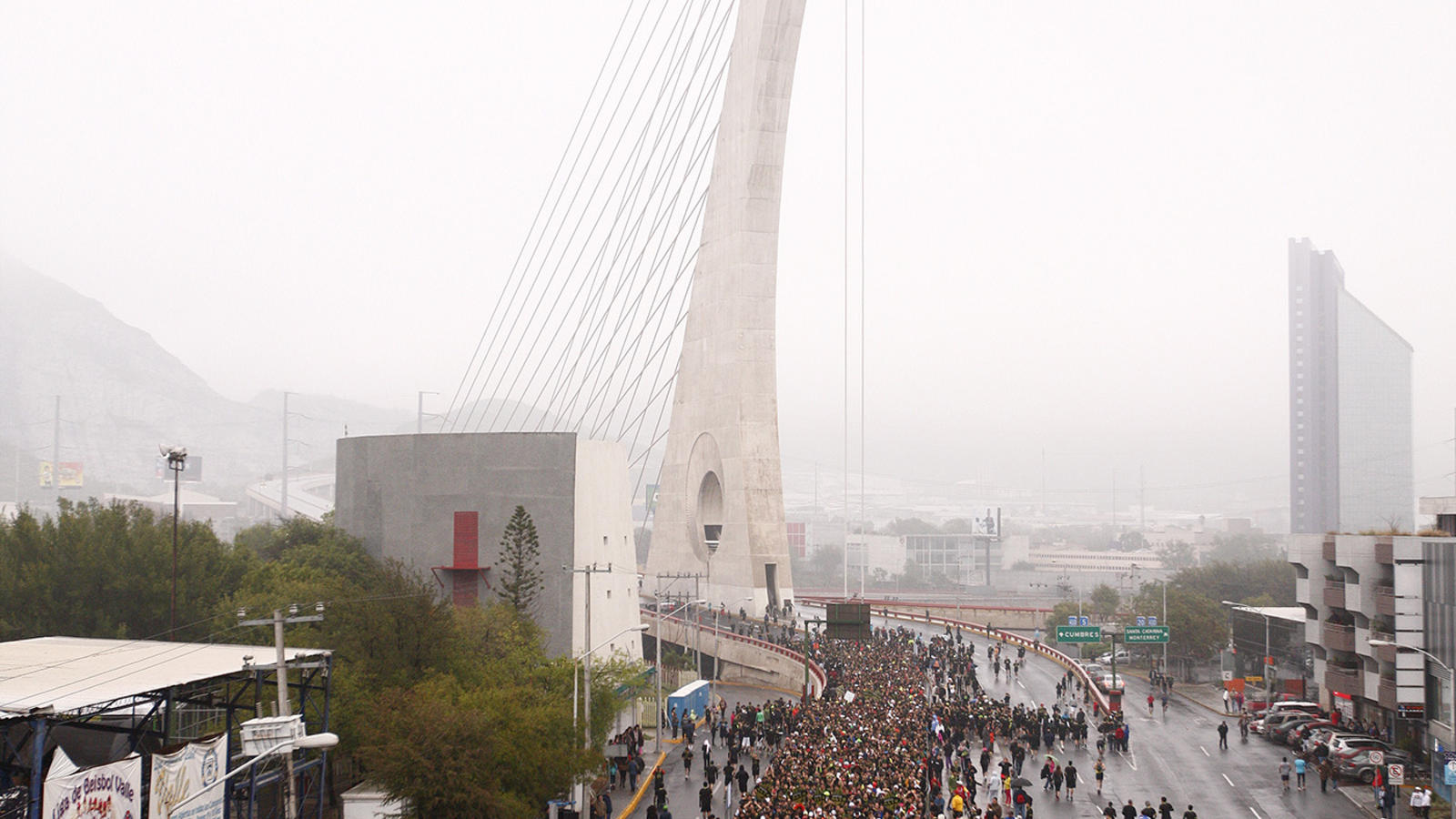 Monterrey, México, November 18, 2012- Last Sunday, one of the most lively and hype areas of Monterrey was invaded by the more than 5,000 enthusiastic runners who joined the Nike We Run Monterrey 10K race.

Monterrey midfielder Eduardo Jesús Zavala shot the gun to start the race, while TV stars Antonella Michellena and Eduardo Elizondo cheered and captured the most significant and colorful moments of the race. They were invited by Nike to “pass the torch,” an initiative to have important local influencers capture the highlights of each of the 32 global races that make up the 2012 We Run series. The “torch” (which is in fact a camera) travels to each running destination, building a unique testimony of the We Run movement around the world.

The day before the race, Nike organized an Expo in the Mega Innova San Pedro Store, offering runners perks and services, such as Footscans, a platform to customize the race T-shirts, a Players’ Lounge to hang out with professional athletes and learn about Nike’s latest technologies, and a special arts corner for children, to promote the importance of sports for the younger athletes.

For this race, Nike created a special challenge called “Join the Game,” inviting runners to live the joy, emotion and passion around running as if they were children. The race offered inspirational experiences and messages to runners, encouraging them to push the limit, to run faster and to feel free running, as if it was a game. Runners were invited to tell their stories using the hashtag #WERUNMEXICO on Twitter and also on Facebook:  www.facebook.com/nikecorre. There, runners could access and share, in real time, their times, phrases and pictures with friends and families.

Nike also wanted to emphasize the importance of sports, particularly in the early stages of life. For this first time in this year’s We Run series, the race included a special platform to allow 500 participants between 8 and 12 years old, to run a 3K. The children participated in the  Kids Run Club, which allowed them to get familiar with training and get prepared them for the run. Margot Guerrero Mata finished first in 11 mins. 20 secs. Carlos Daniel Ullua won among boys, completing the 3K in 12 mins. 2 secs.

As part of the effort, Nike donated $500,000 to the Ayuda y Solidaridad de la Calle Foundation, which works with underprivileged kids. As part of this alliance, Nike provided these kids training and sports sessions, for motivation, fun and recreation.