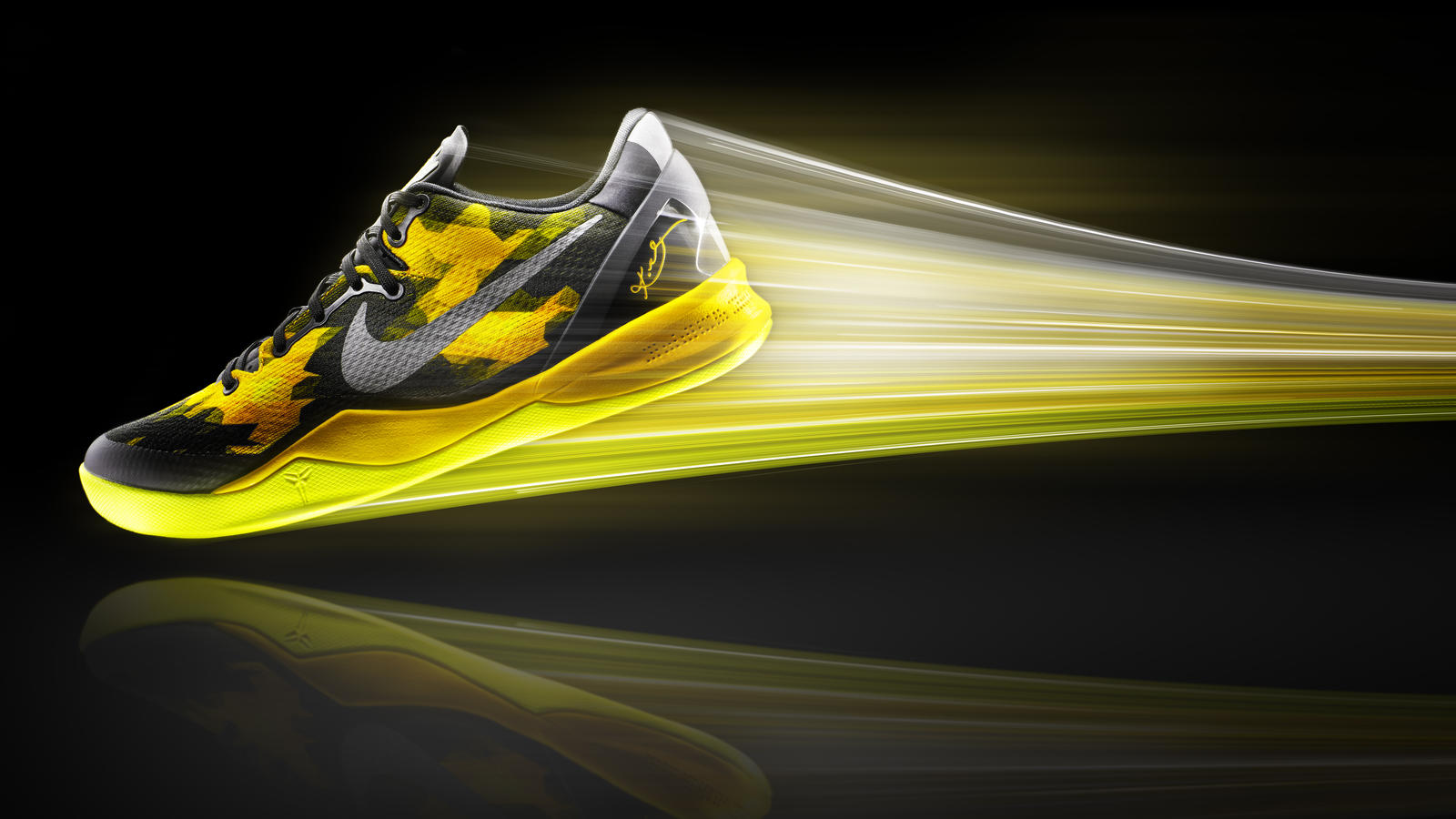 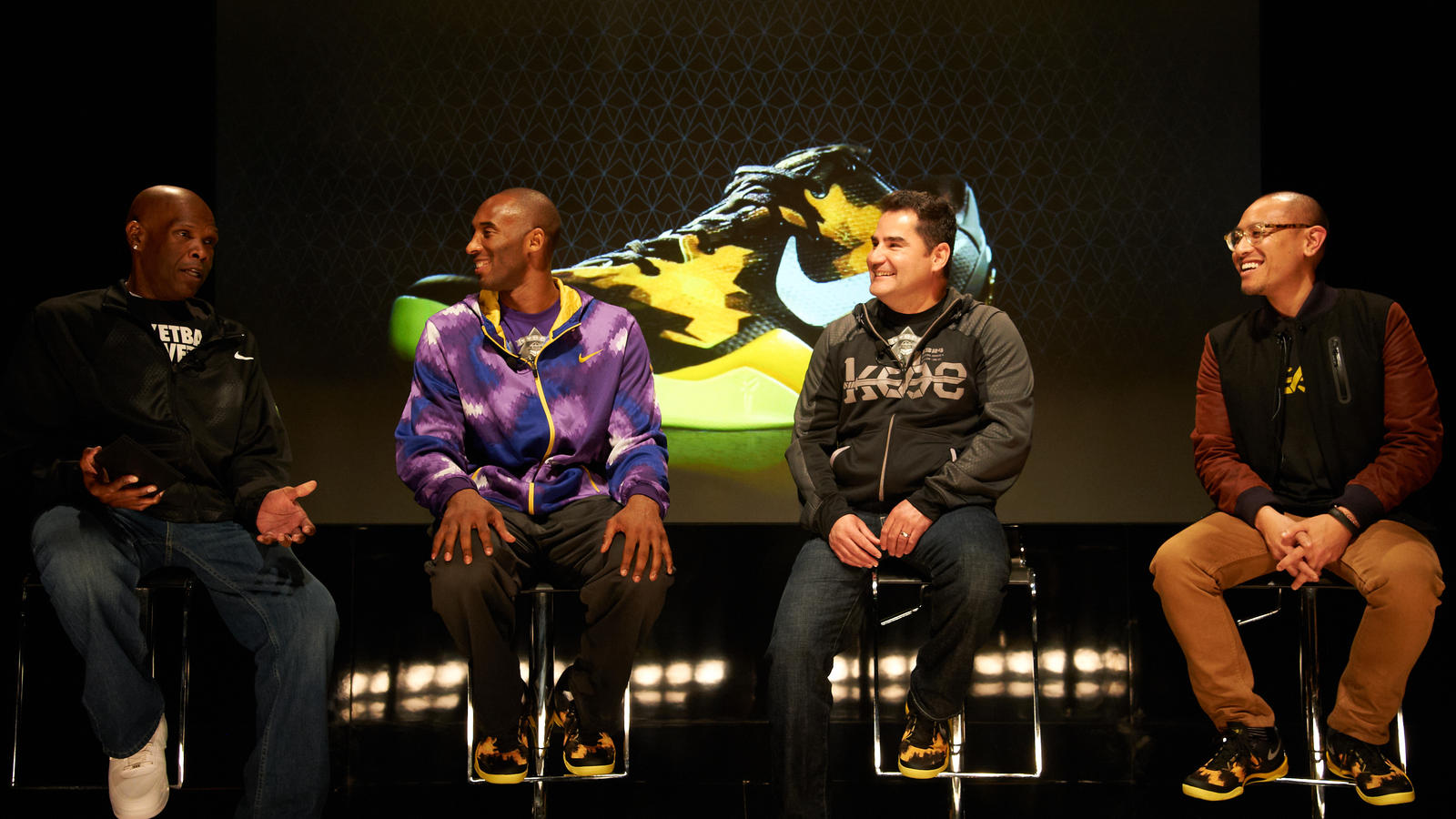 Power 106 radio host Big Boy (left) talks with Kobe Bryant and Nike's Jeff Spanks and Erick Goto at the unveiling of the KOBE 8 SYSTEM in Los Angeles on Nov. 29, 2012. 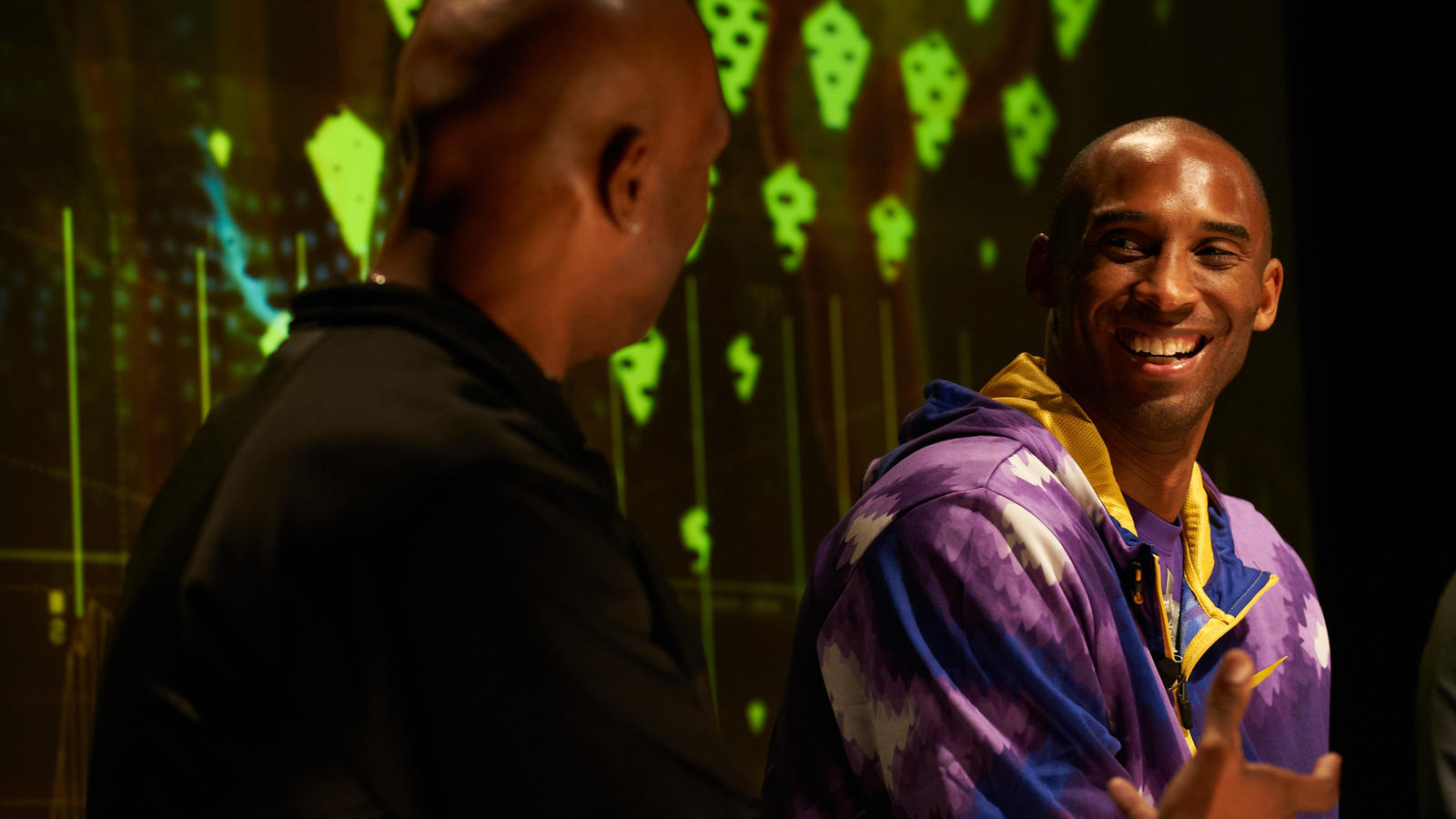 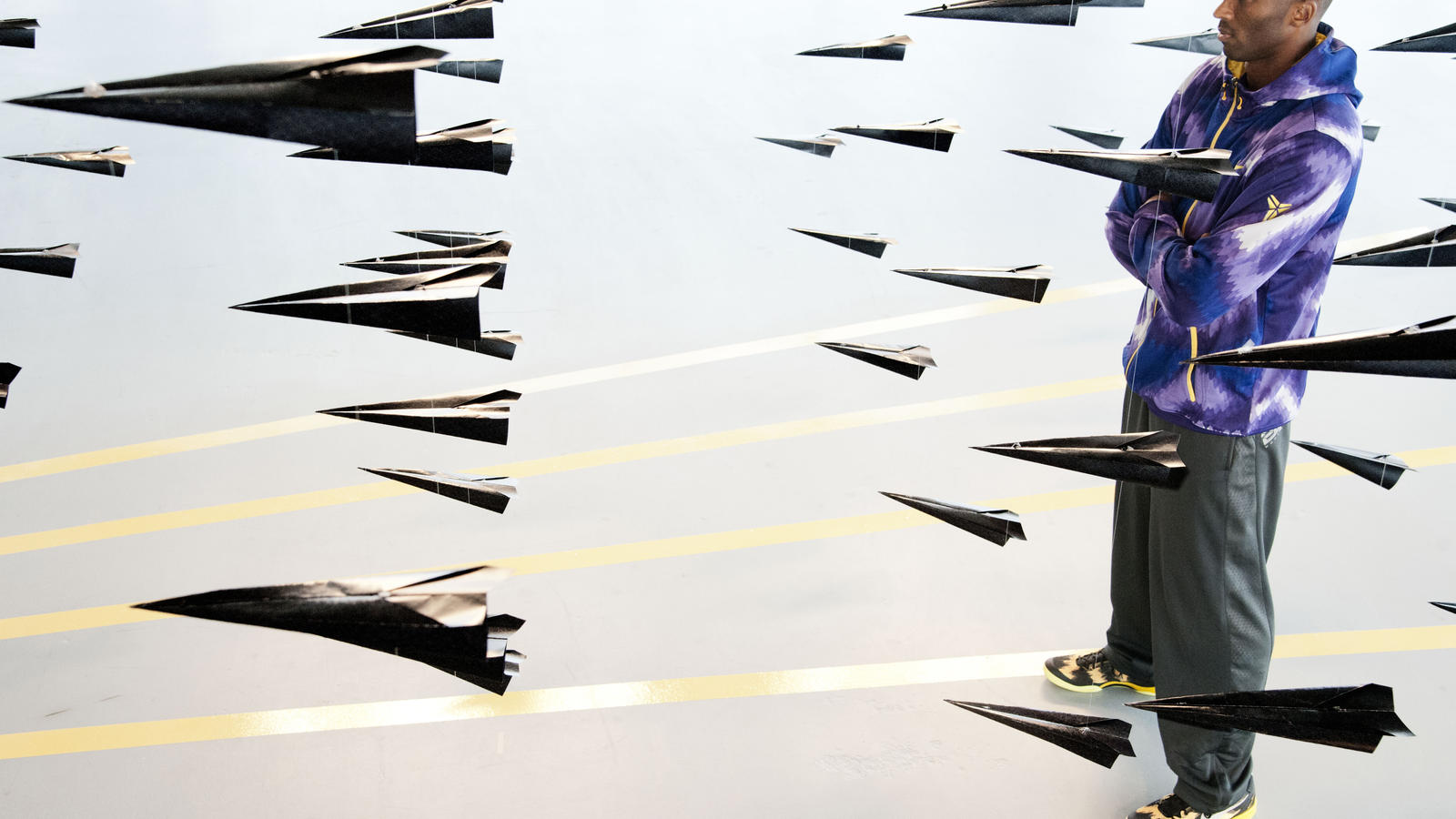 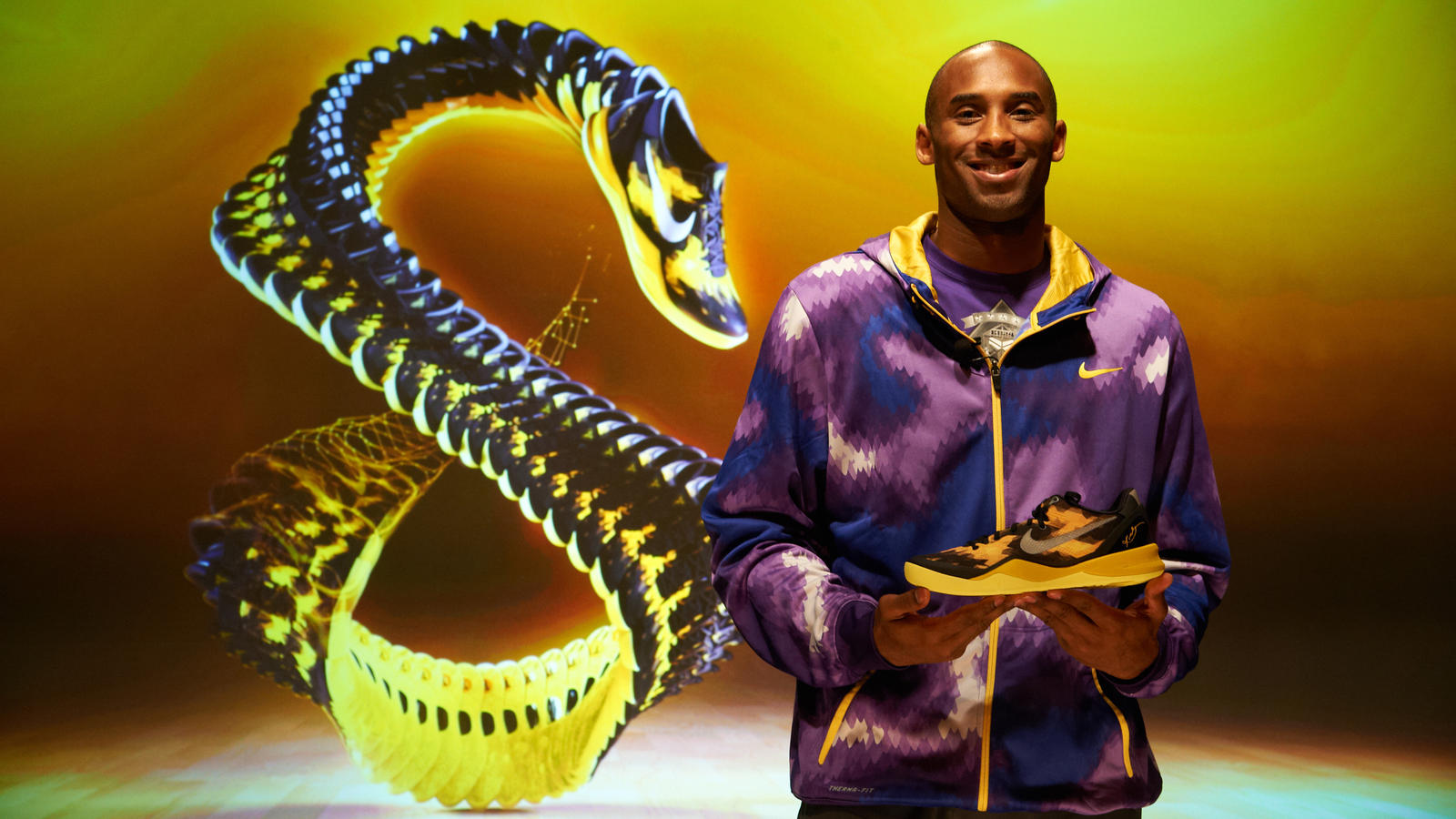 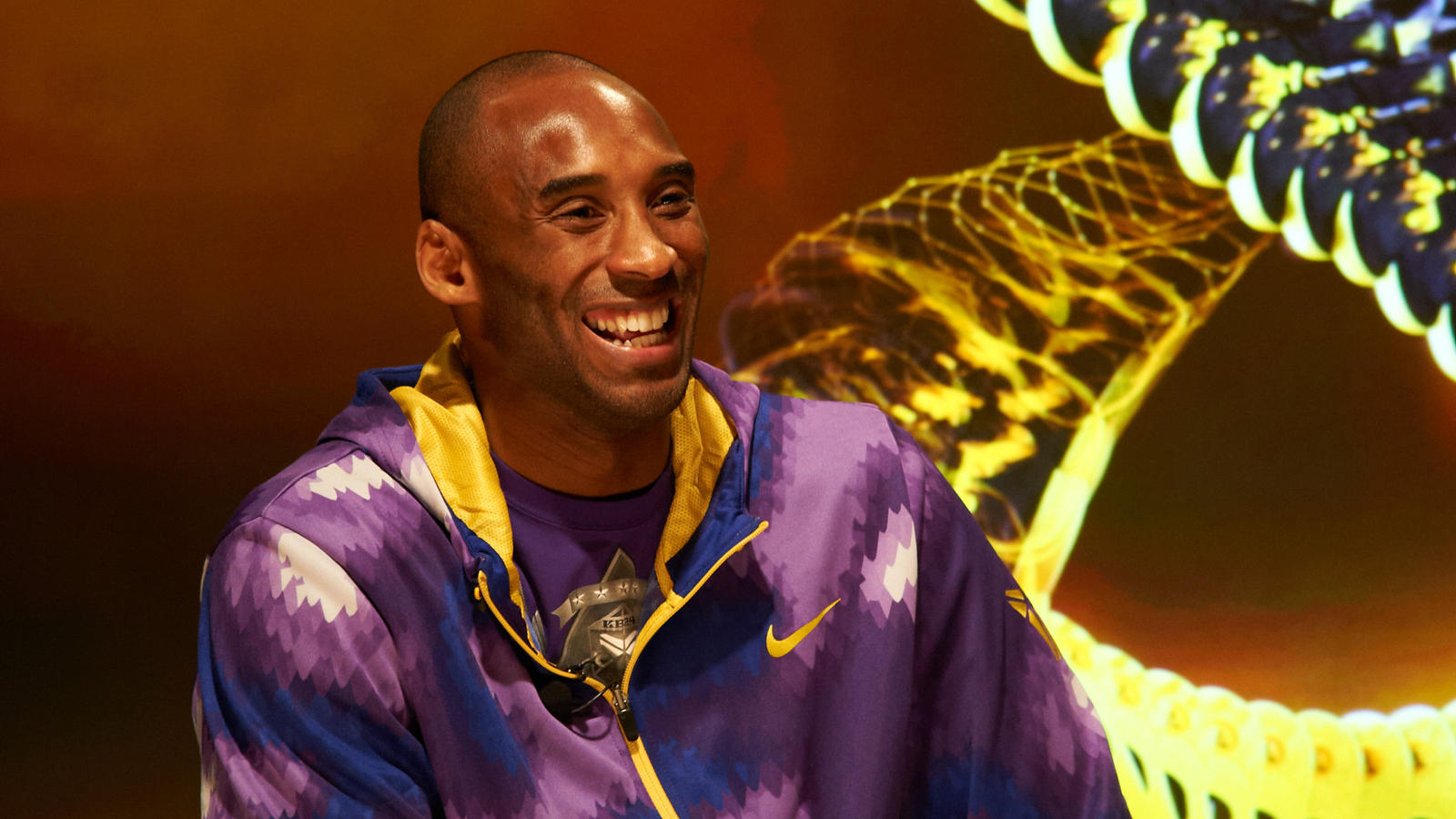 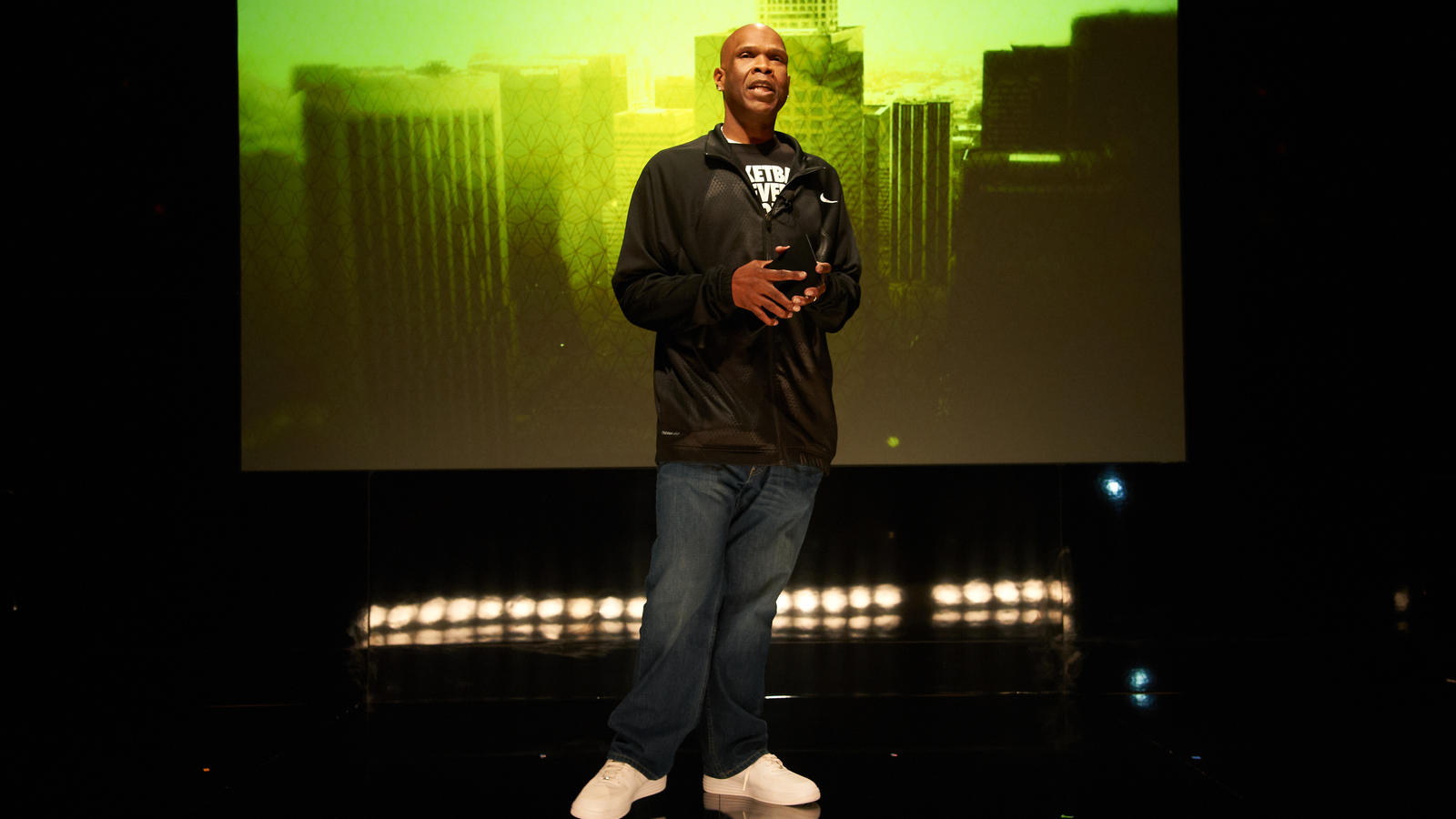 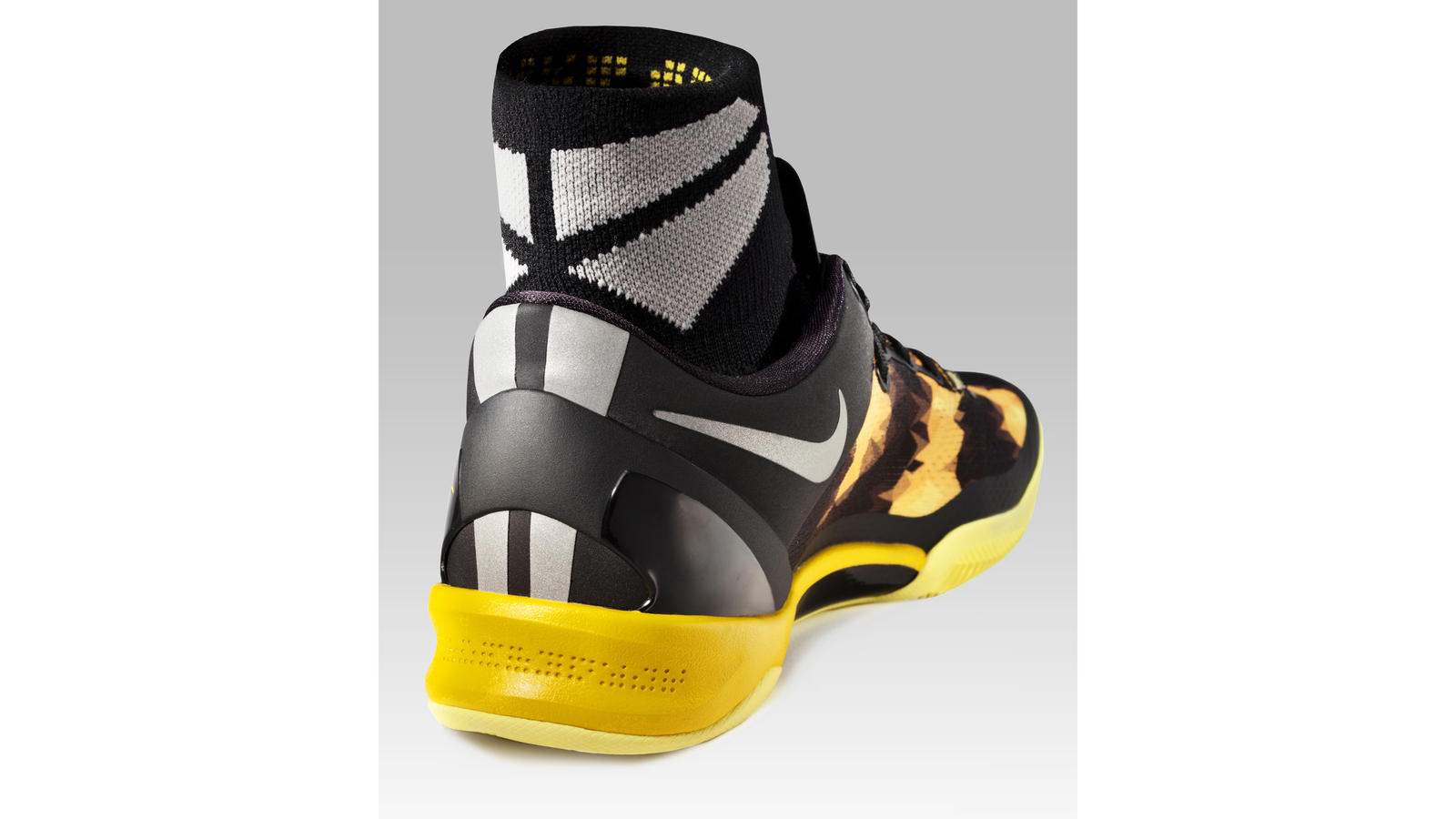 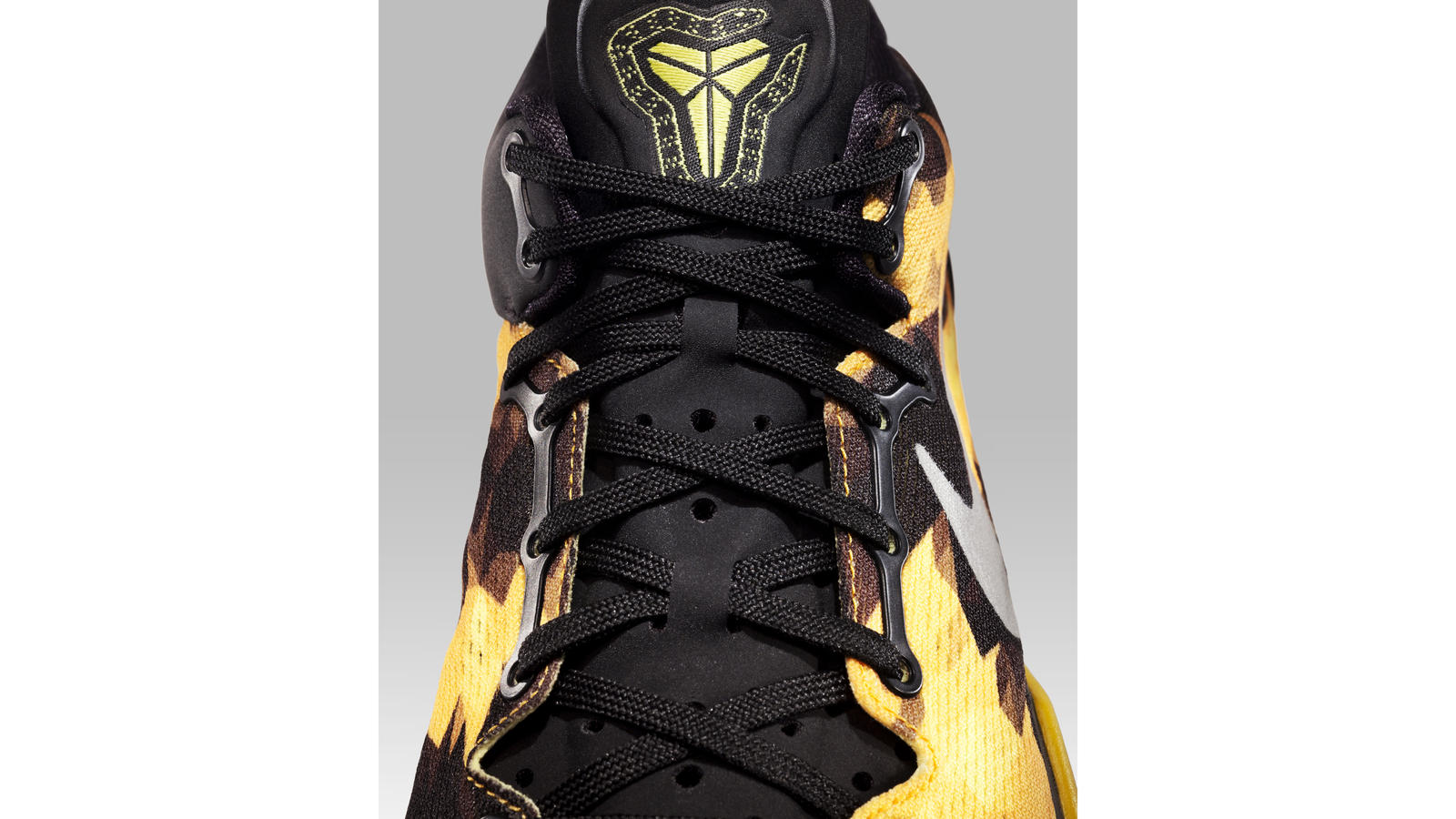 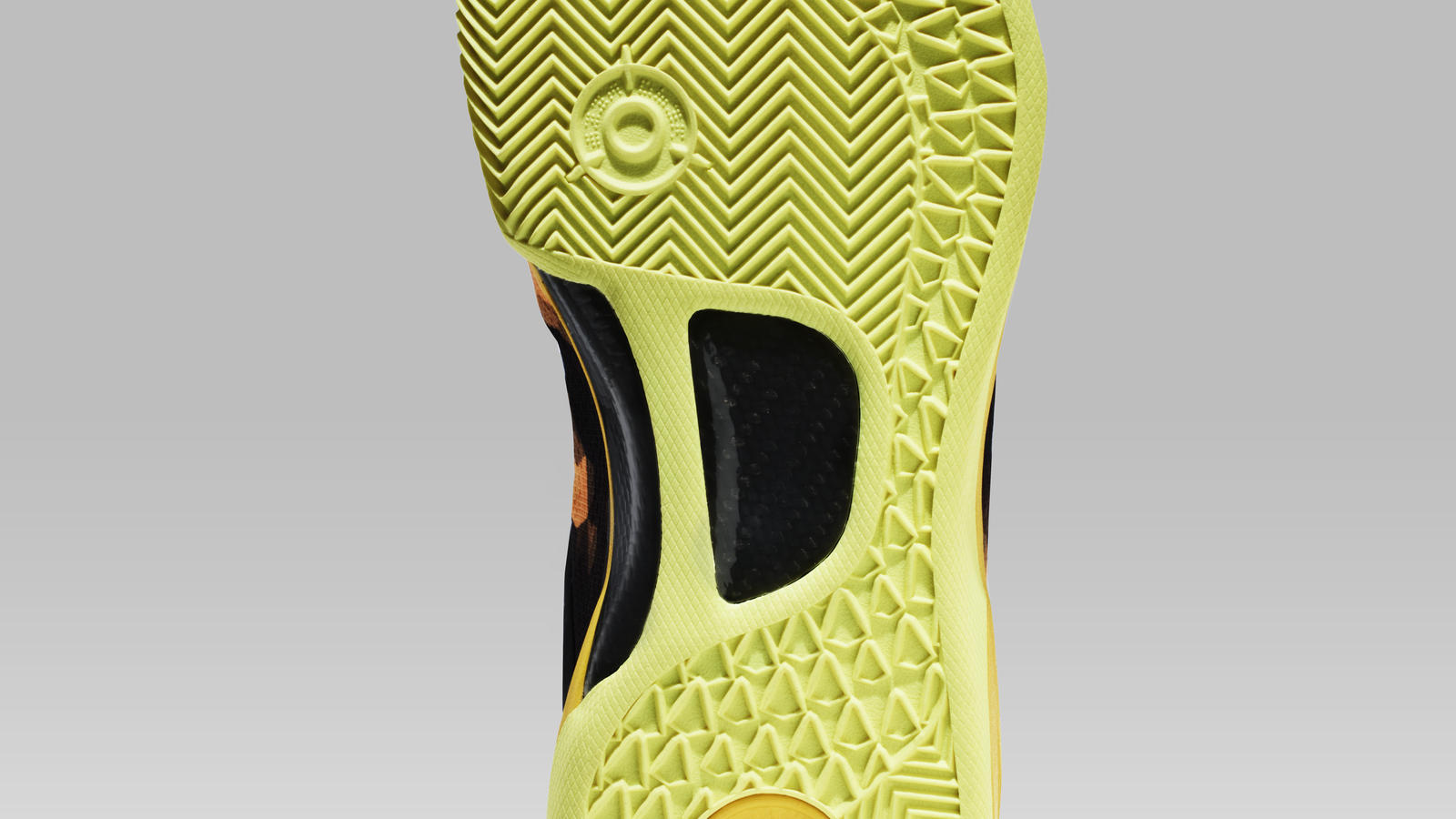 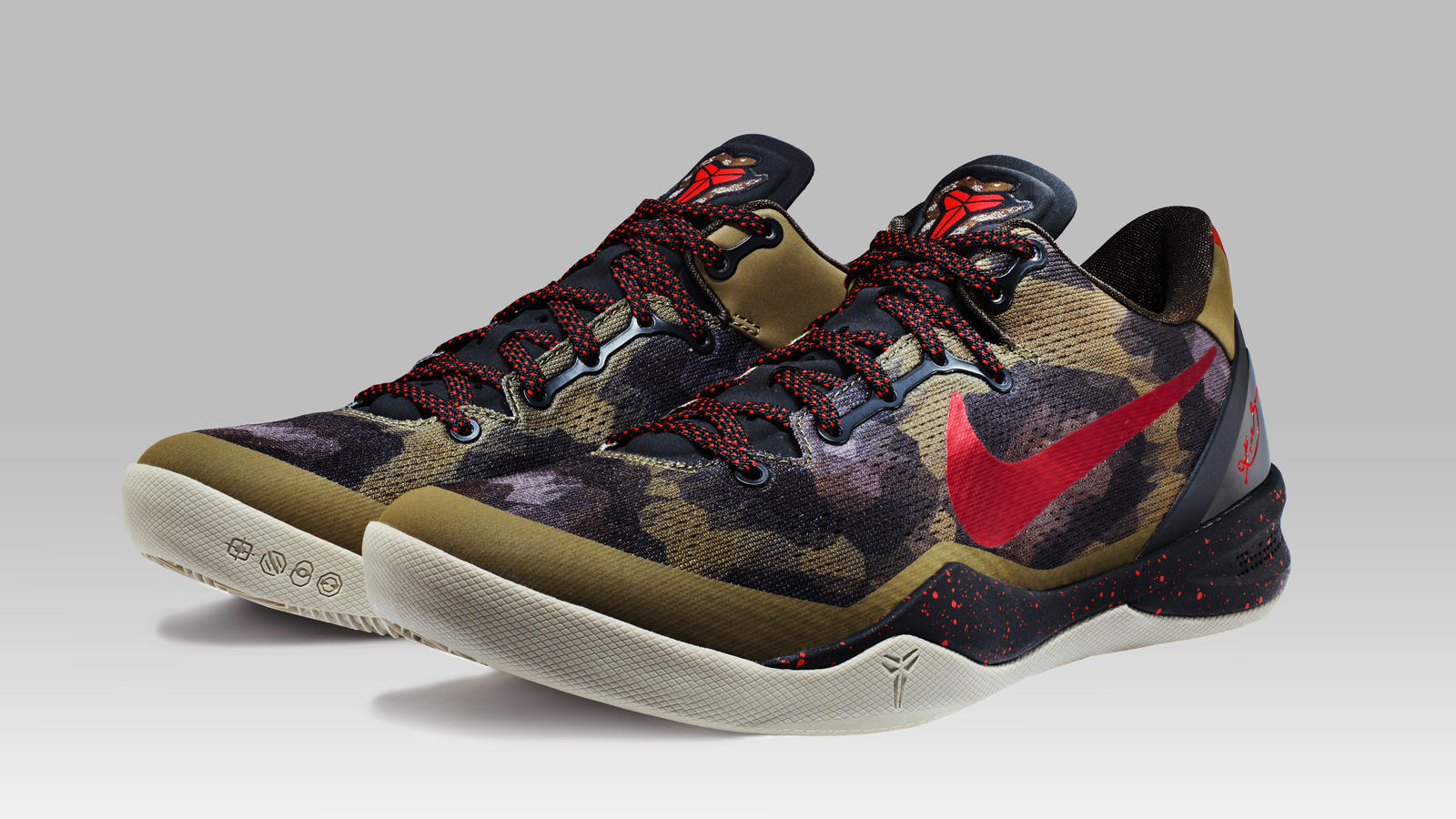 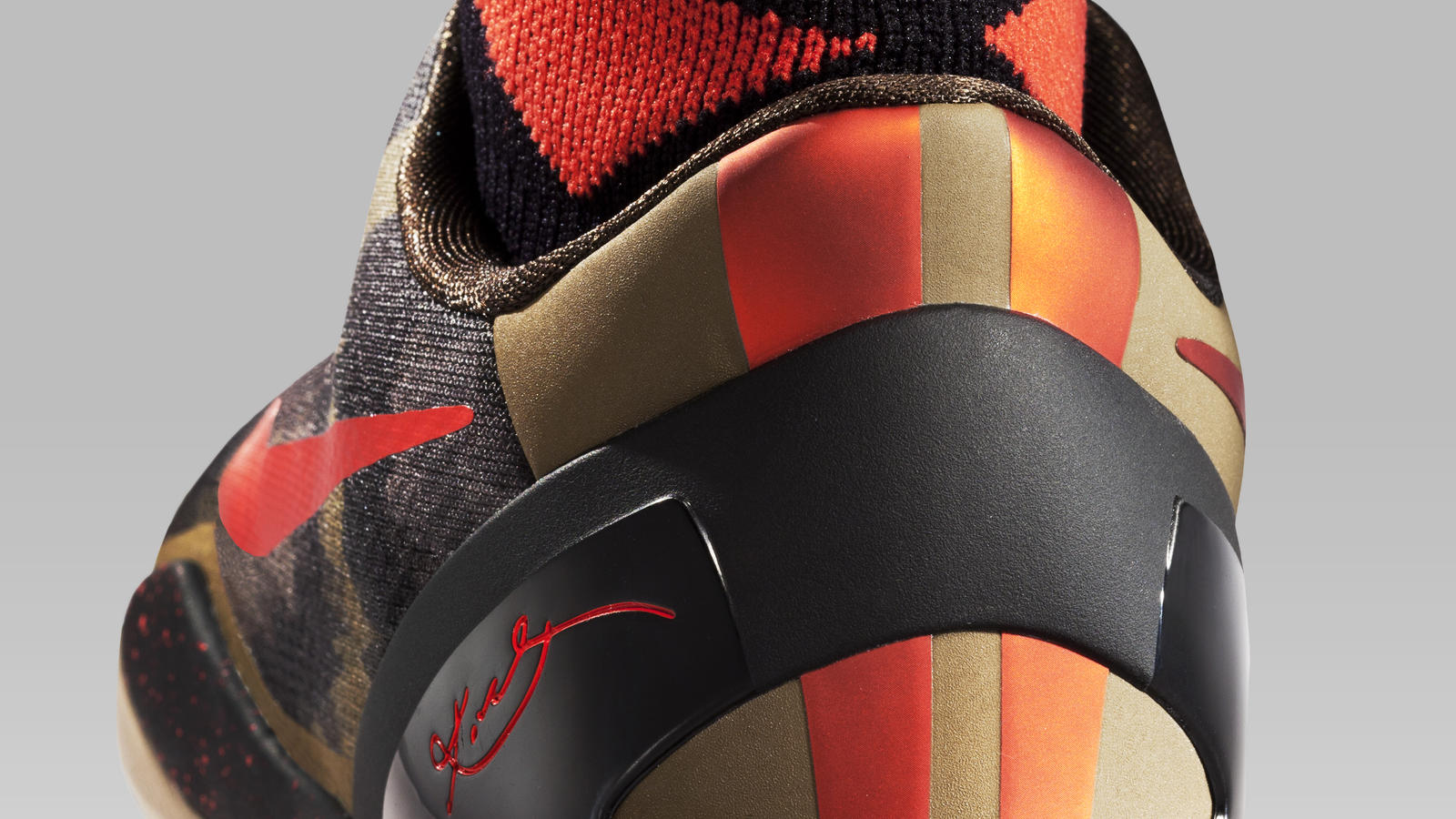 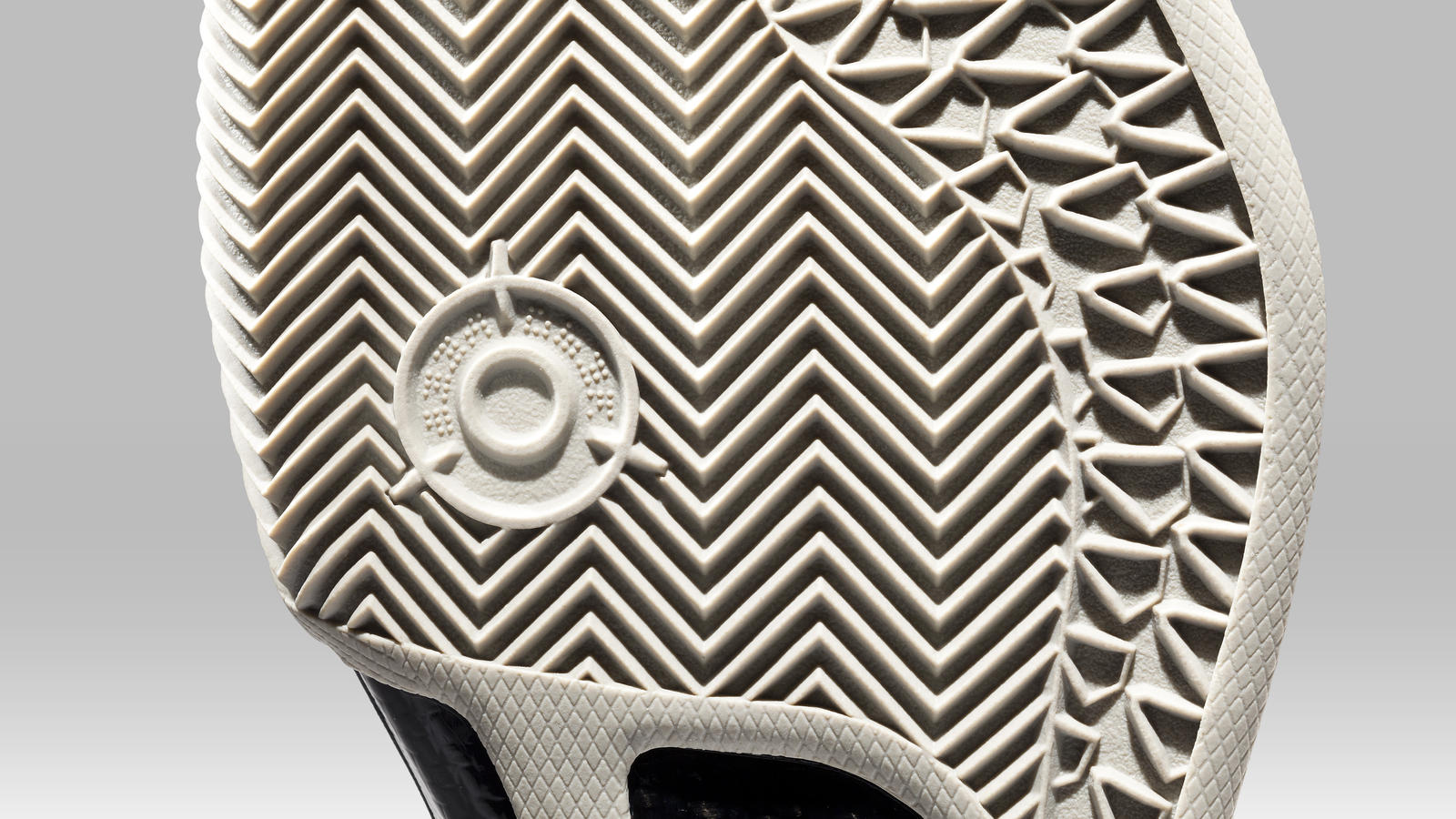 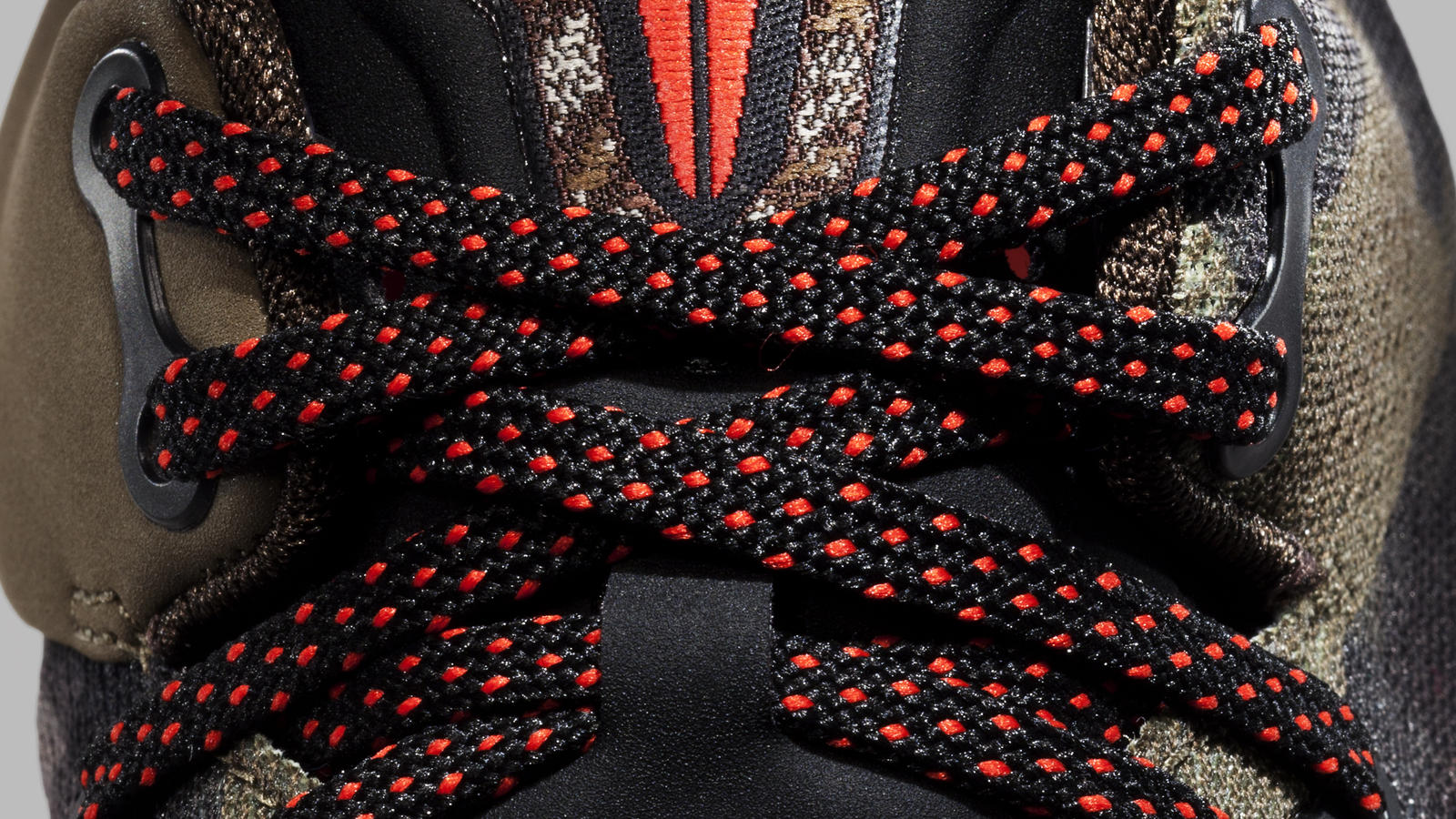 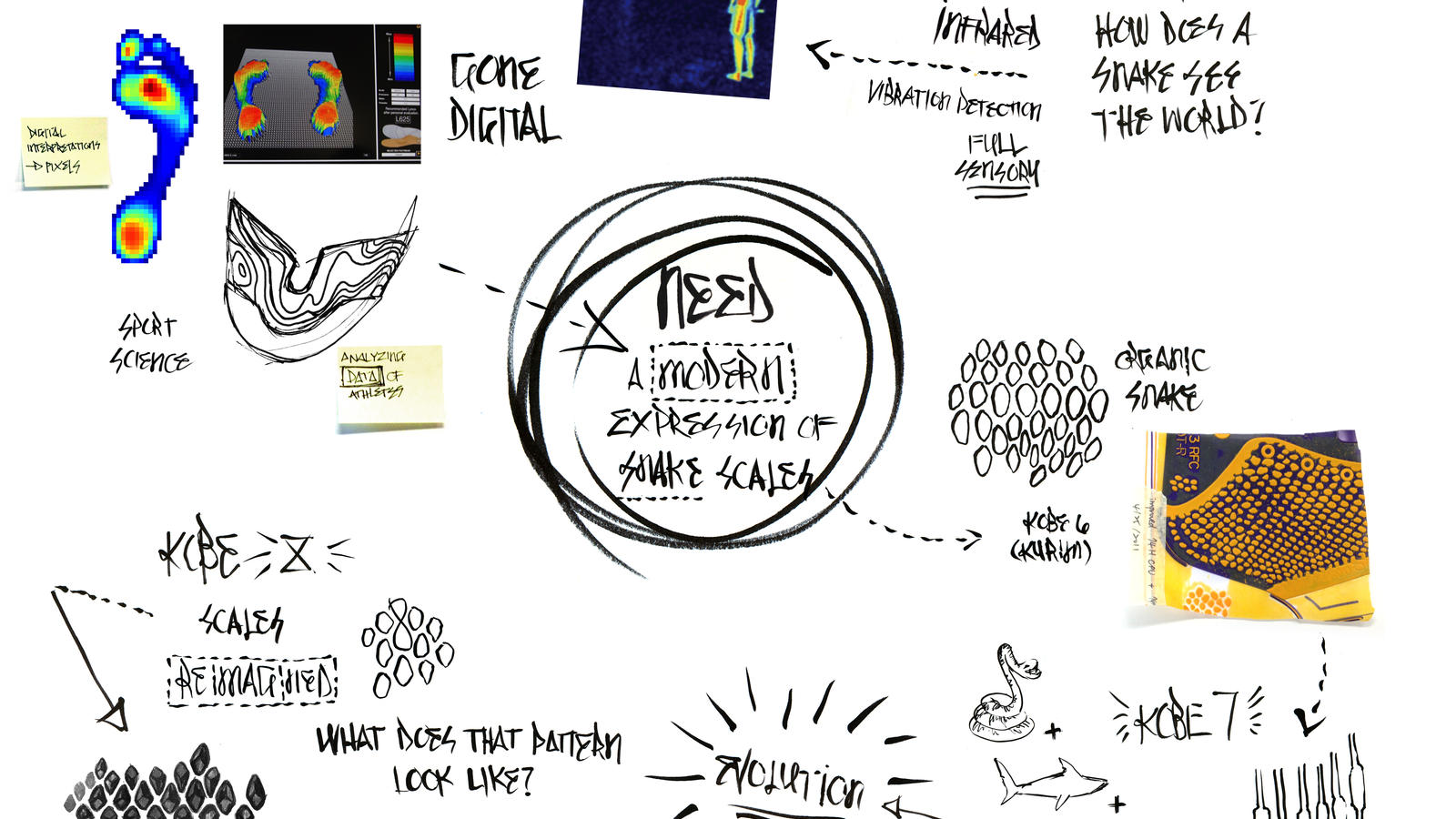 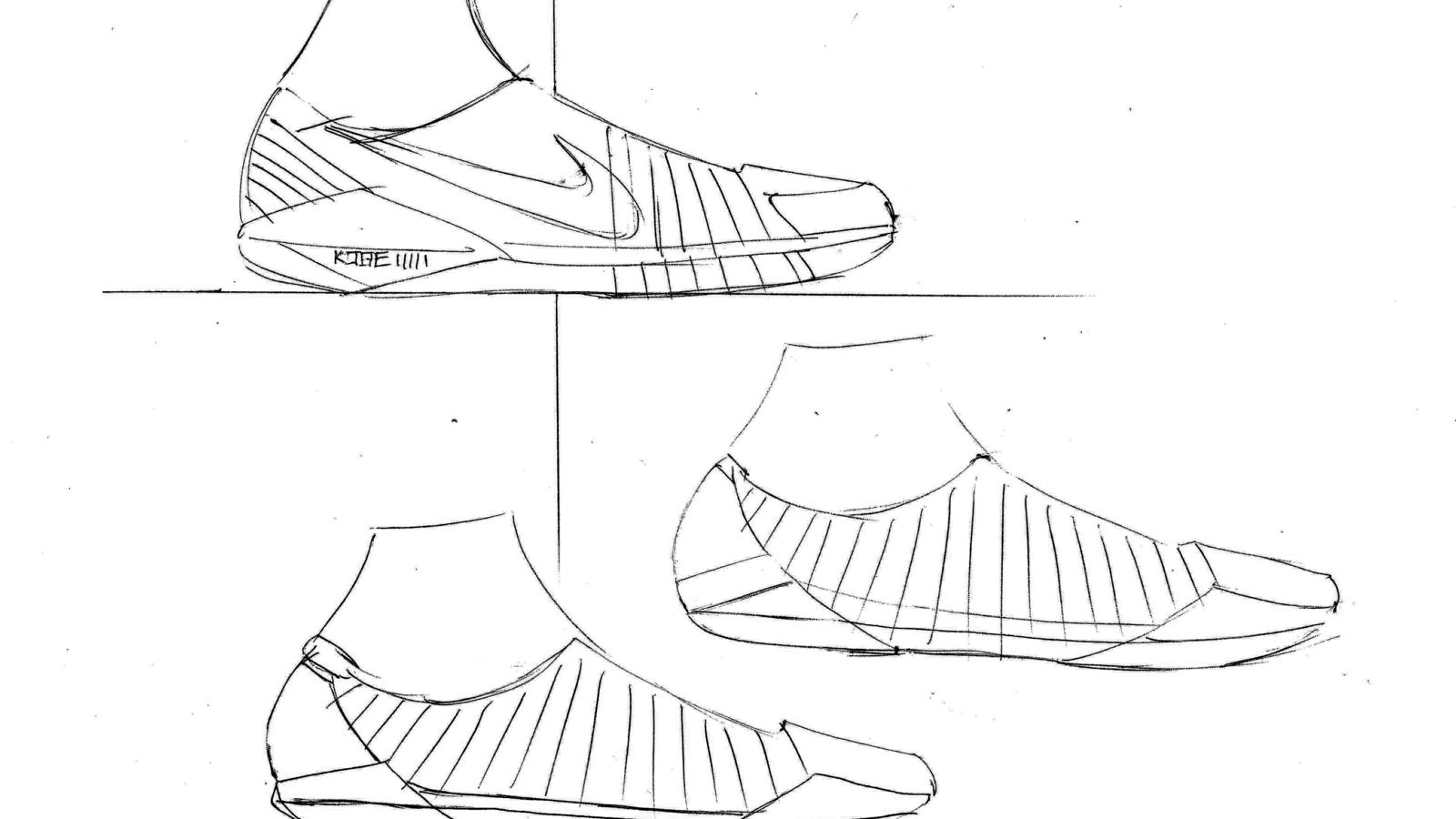 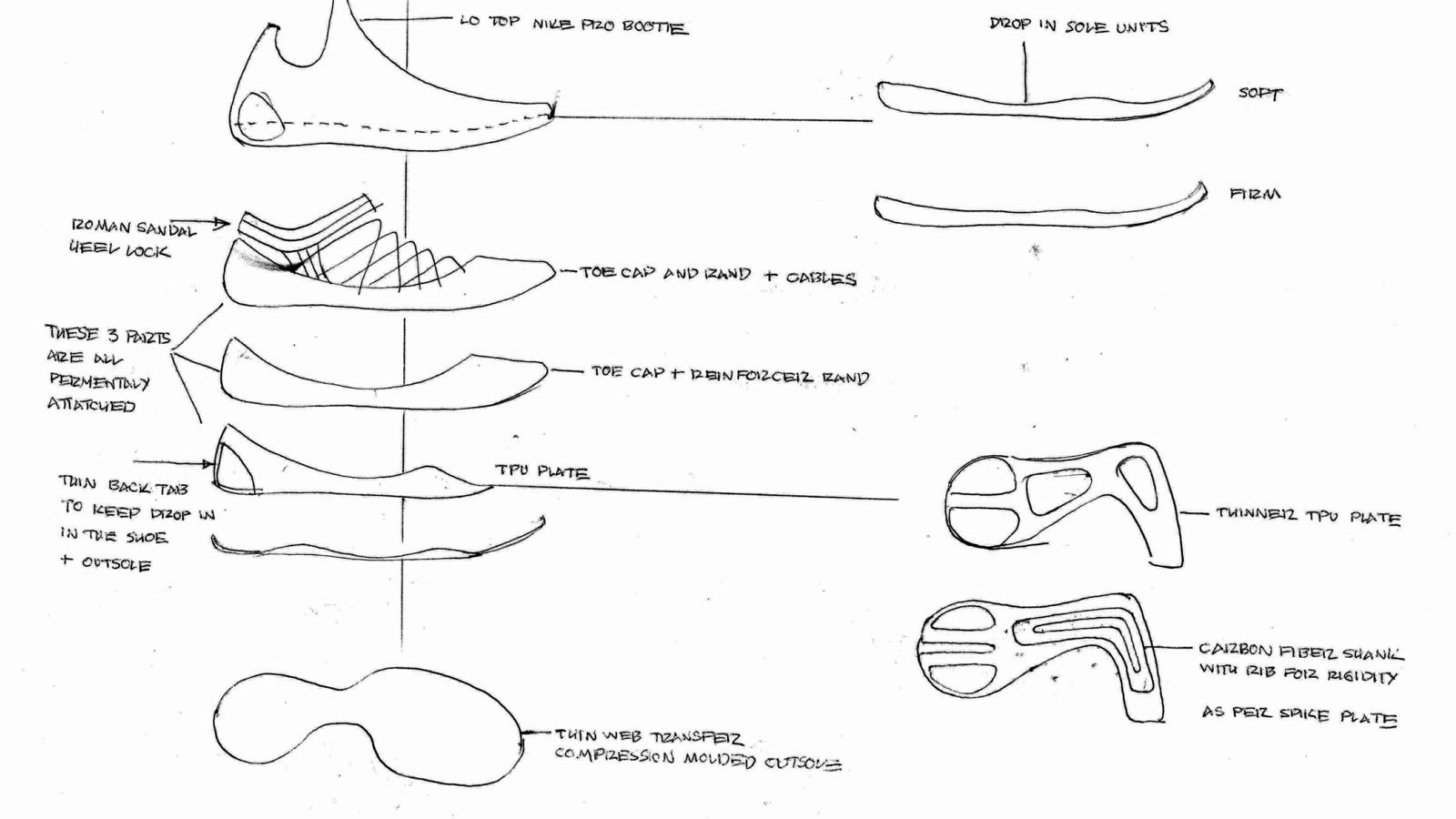 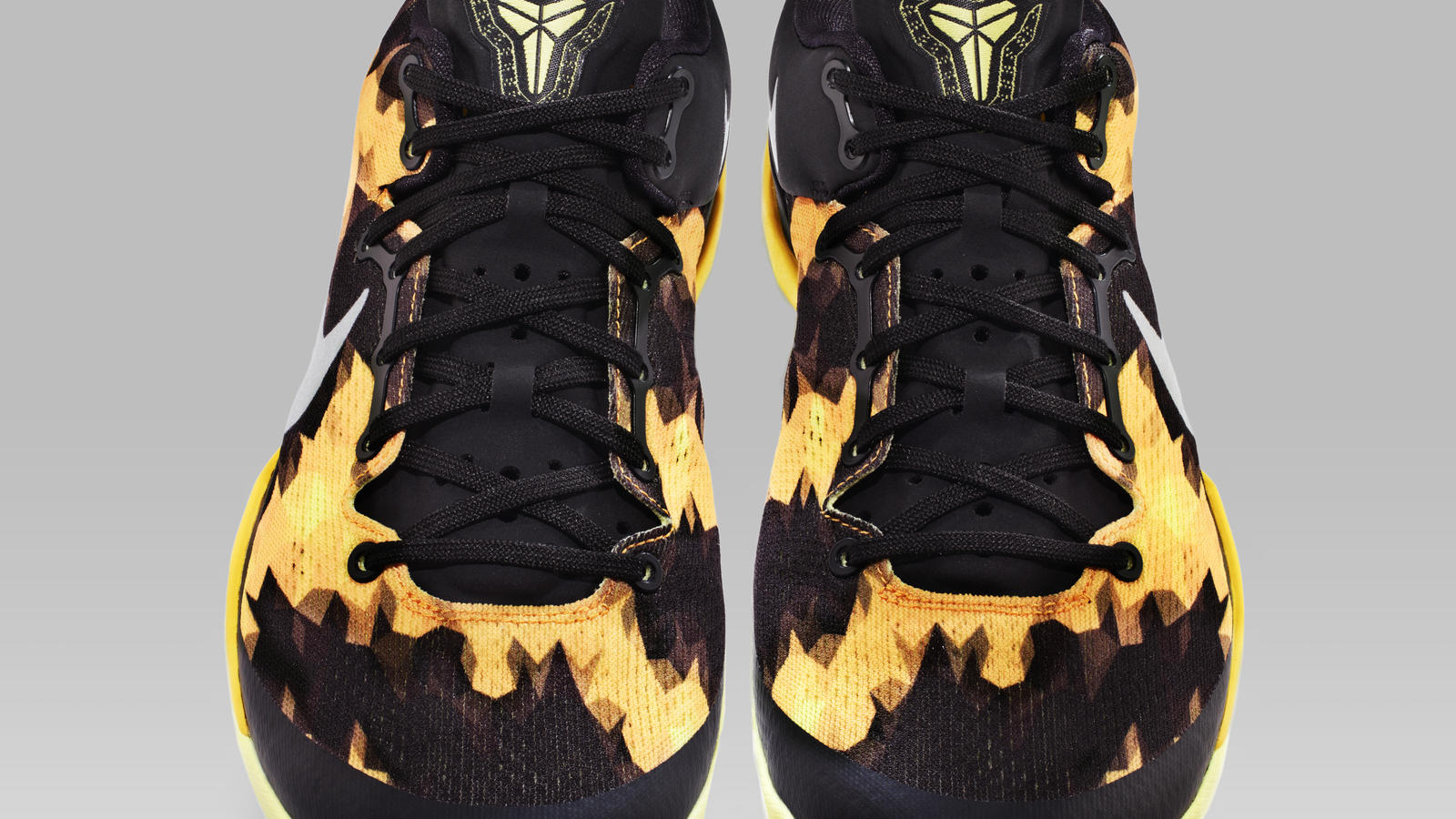 Speed. Precision. Vision. Versatility. Each of these traits is powerful on its own. When you bring them together, they are unstoppable.

Nike Basketball factored in every dimension of Kobe Bryant’s formidable game in creating the KOBE 8 SYSTEM, which brings together performance innovations to create Kobe’s lowest and lightest performance basketball shoe to date at 9.6 ounces in a U.S. men's size 9. The shoe’s provocative graphic snakeskin print was inspired by Kobe’s on-court alter ego the Black Mamba, with further inspiration from the Chinese Year of the Snake in 2013.

The KOBE 8 SYSTEM is the result of a close collaboration between Nike Performance Footwear Creative Director Eric Avar, his team and Kobe himself. For his latest creation, Kobe wanted a shoe that acted as an extension of his foot, mirroring his quick performance while staying lower to the ground.

"I’m always focused on improving my game, to perform at my best.  I want my shoes to mimic the speed of my game," Kobe said. "By shaving fractions off the height and weight, it allows me to play faster with more control so I can maneuver across the court – I want to feel like I’m moving at the speed of light."

In response to athlete feedback, the design team incorporated an innovative textile -- Nike Engineered Mesh -- for the first time in a basketball shoe. This created a dynamic and ultra-lightweight fit that is 90 percent mesh for 360 degrees of breathability and tightly woven for strength and flexibility to bend naturally with the foot. Additionally, the no-sew, synthetic overlays on the toe and lateral quarter panel provide support for even the toughest games.

"We’re always pushing the limits of Kobe’s shoe to be faster, more precise, and to be modern,” Avar explained. "Kobe’s big on being bold, aggressive, provocative and making an impact. Working together, we’re on a never-ending quest for the perfect shoe for him.

"Nike Engineered Mesh creates a dynamic fit that syncs around Kobe’s foot to mimic the natural biomechanics, delivering security where he needs it. As the design team began working with the mesh, it took on this scale-like snake pattern that really brought the black mamba inspiration to life in compelling way."

Beginning December 20, 2012, the black/sulfur color of the KOBE 8 SYSTEM will be available in stores globally, on nike.com and through NIKEiD. The python-inspired color launches in Greater China on January 12, 2013, and in North America on February 2, 2013.

NIKEiD will offer various performance and style customization options for the KOBE 8 SYSTEM shoe, enabling consumers to create their own player edition. Consumers can choose from four midsole options: Lunarlon cushioning for a soft yet responsive ride, or an orthotic-ready Nike Zoom insert which is super-thin and sits lower to the ground than traditional midsole inserts. And for players who want to track and measure their game with Nike+ Basketball, there are two additional midsole options: the KOBE+ 8 SYSTEM SP+ (which comes bundled with the Nike+ Sport Kit) or the KOBE 8 SYSTEM EN+ midsole for players who previously purchased the Nike+ Sport Kit (sold separately).