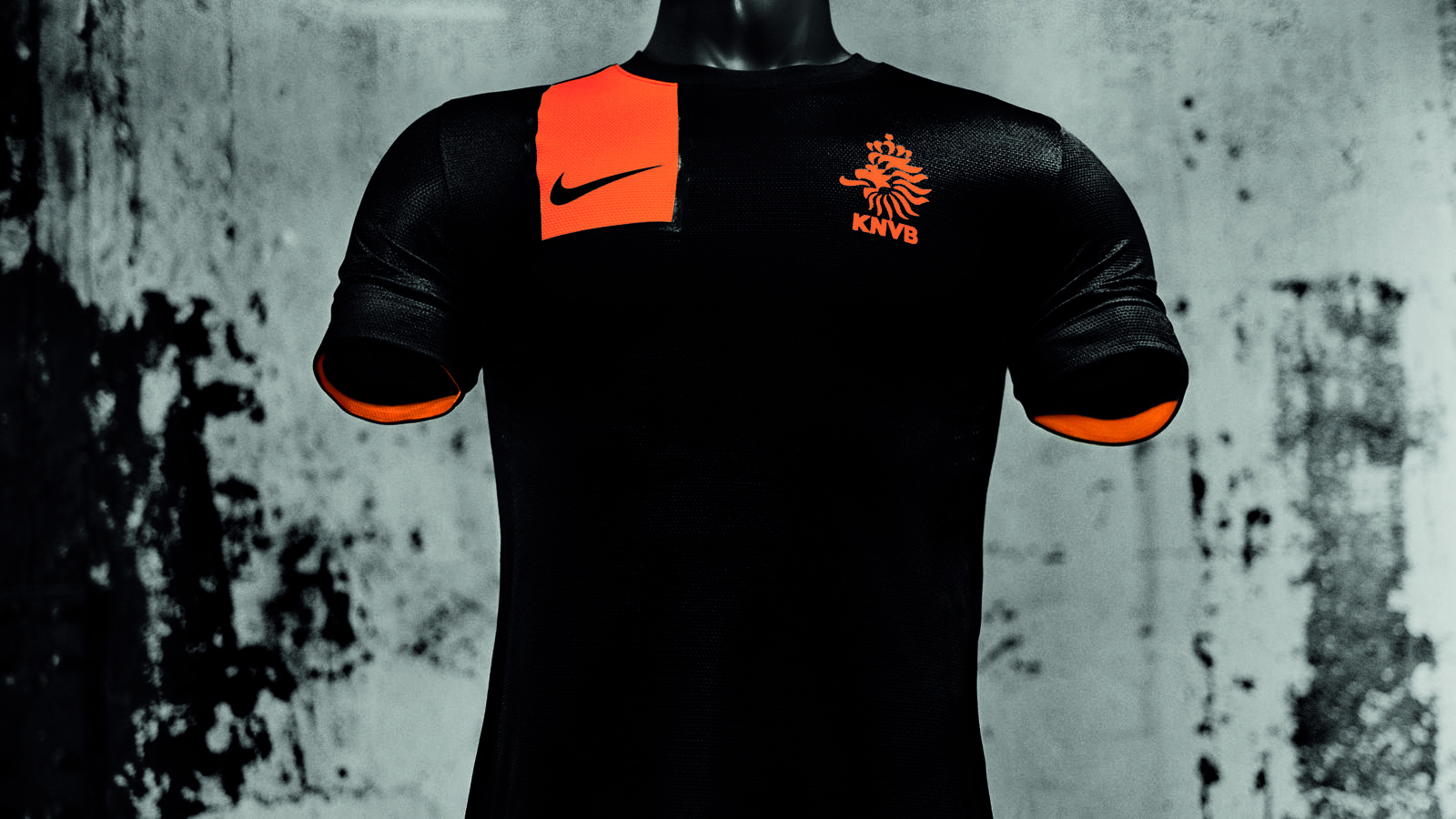 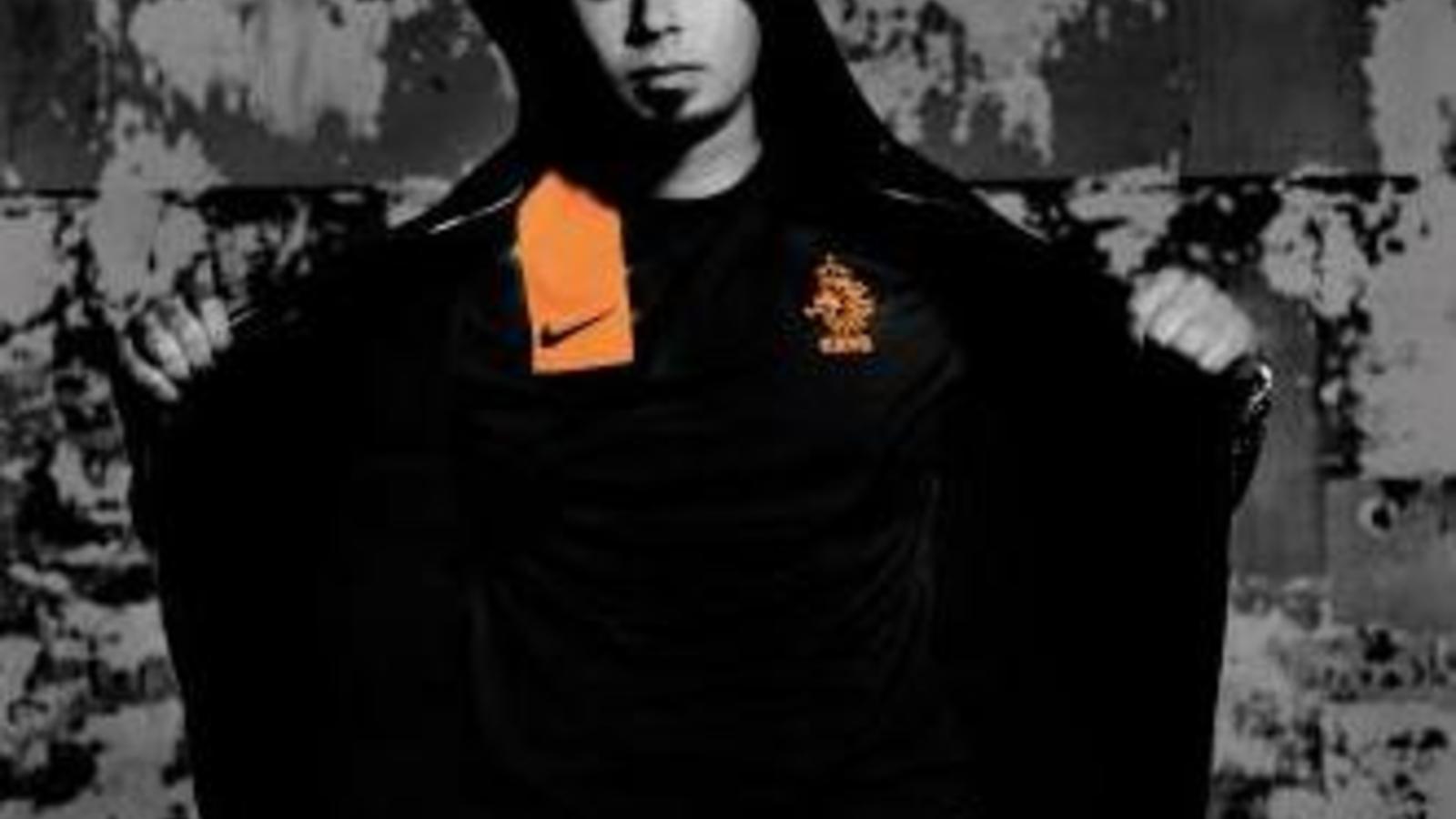 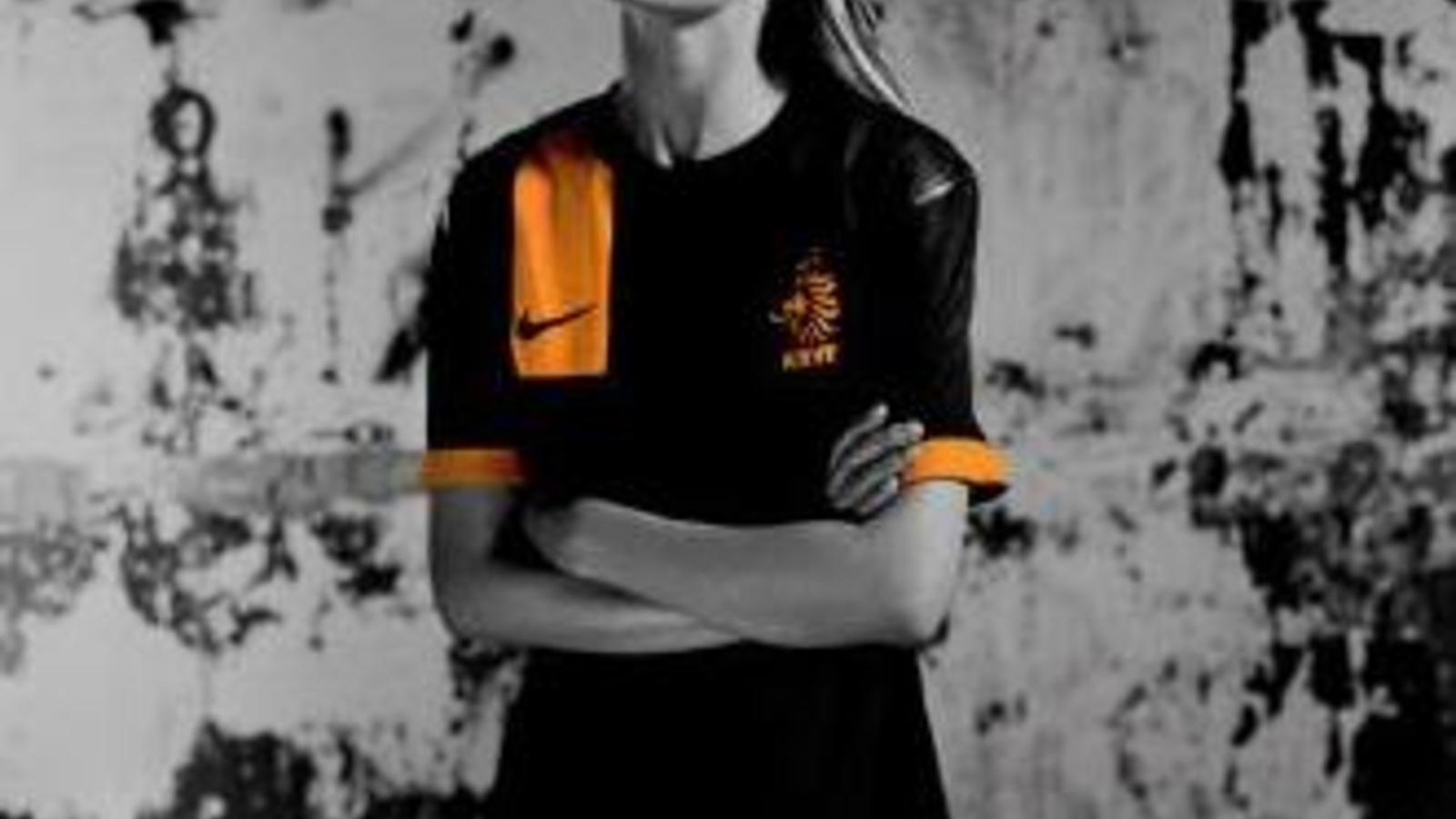 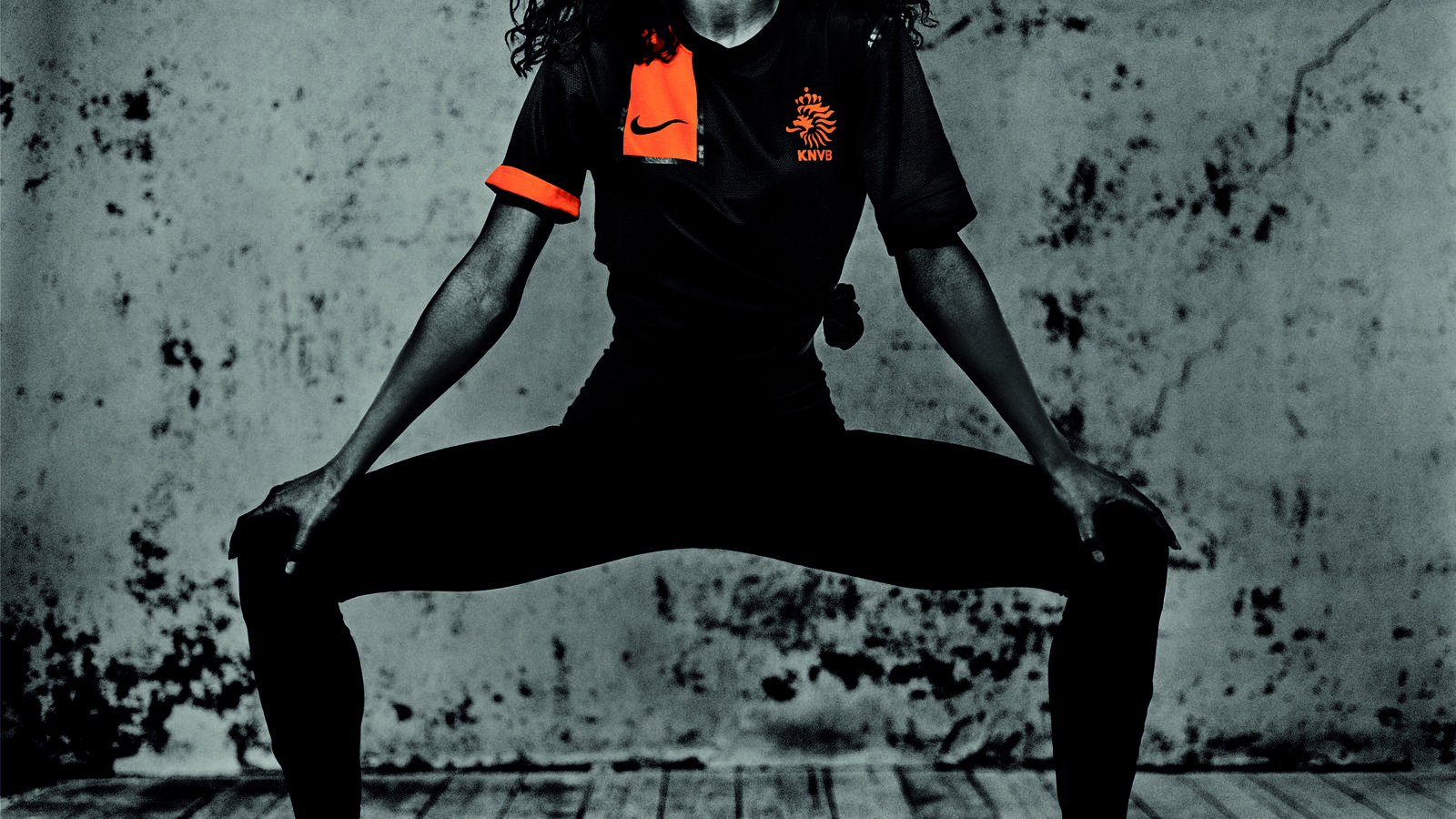 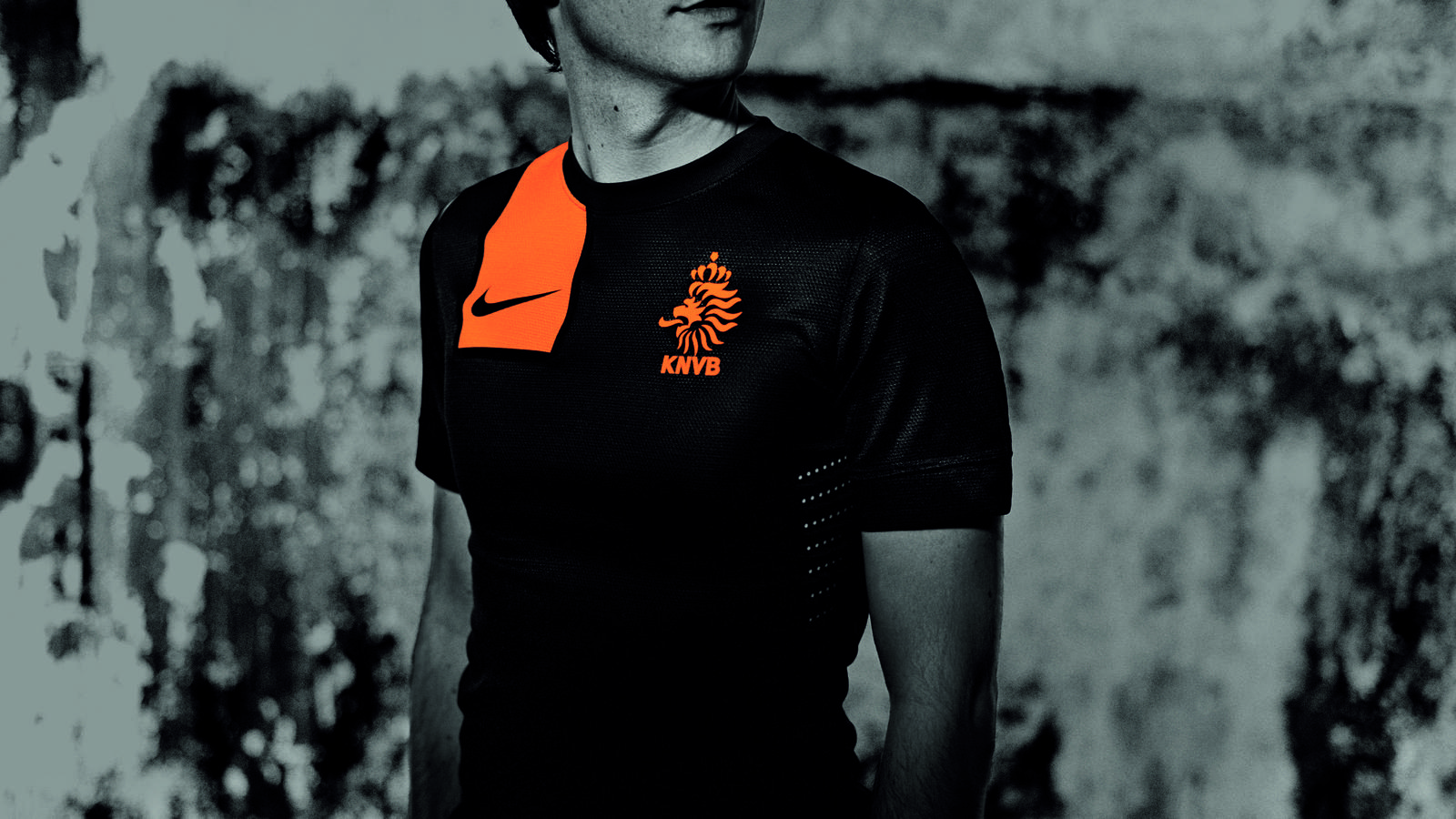 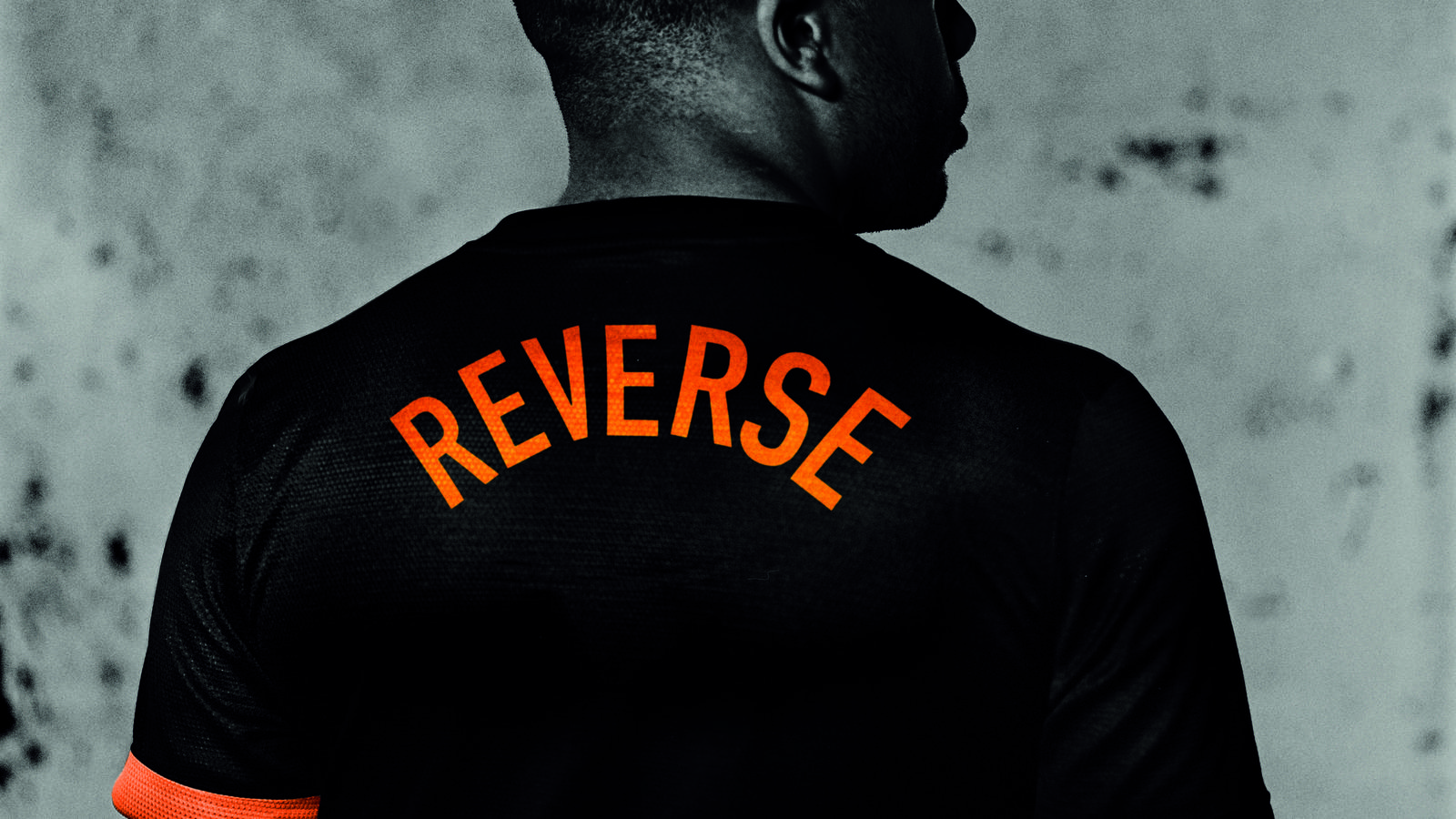 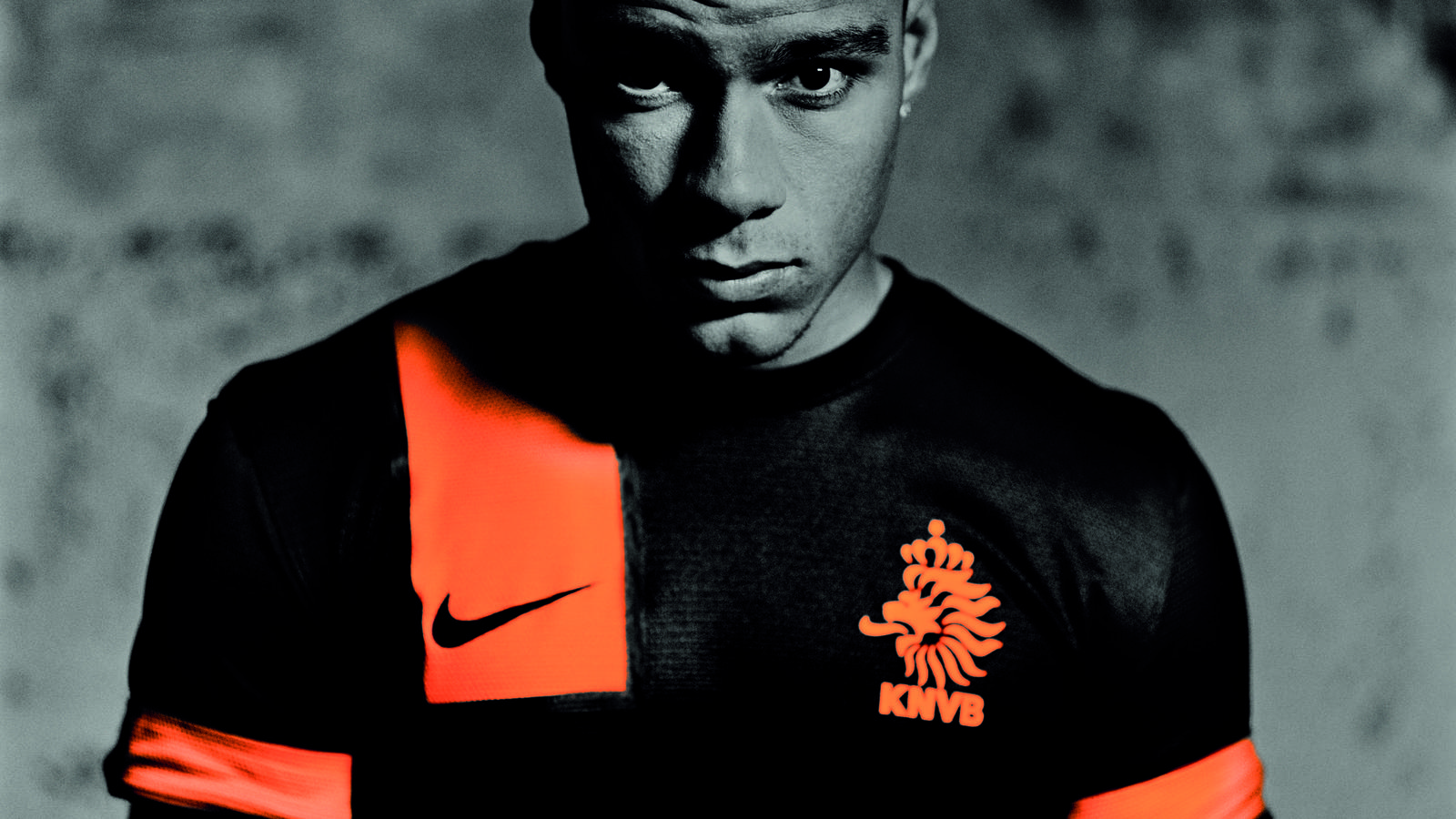 For the launch of the Dutch national team's new away kit, Nike has selected eight New Masters.

These inspirational Dutch figureheads are creative, resilient and authentic. Photographed by Anton Corbijn in the Dutch national team's new away jersey, they testify their pride in and support for the Dutch national team. On Thursday, 23 February 2012, the eight photographs were unveiled in the windows of de Bijenkorf department store in Amsterdam, where the unique worlds of the New Masters were brought to life in each window.

The ShirtThe new away shirt is black, with a striking rectangular orange panel on the right shoulder. This environmentally-friendly shirt is made from 96% recycled polyester and natural cotton. The Nike Dri-FIT technology and lasercut ventilation help to regulate the temperature. On the inside of the neck are the words ‘New Masters’ in Dutch, a homage to the creativity and tradition of the great Dutch artists such as Rembrandt and Vermeer. New Masters also refers to the talented, vibrant group of players in the Dutch national team and the seven selected New Masters who all have the potential to write their own history.

Nike SIS | de Bijenkorf AmsterdamThe book Anton Corbijn X New Masters will be available exclusively at the Nike Pop-Up Store. Only 71 copies have been printed especially for this collaboration.

The book including the Dutch national away shirt costs €701 and looks forward to 1 July 2012; when the finals of Euro 2012 will be held. Proceeds from the book will be donated to the charity Meer Dan Voetbal("More Than Football"). Founded by the Royal Netherlands Football Association (KNVB) and the first and second football divisions in the Netherlands (Eredivisie and Eerste Divisie) Meer Dan Voetbal aims to use the unifying power of football to build a stronger society. The Dutch national away shirt and the accompanying lifestyle kit, featuring a Destroyer jacket, an N98 jacket and the famous Air Max, will also be available from 23 February 2012 in the Nike Pop-Up Store at de Bijenkorf Amsterdam.