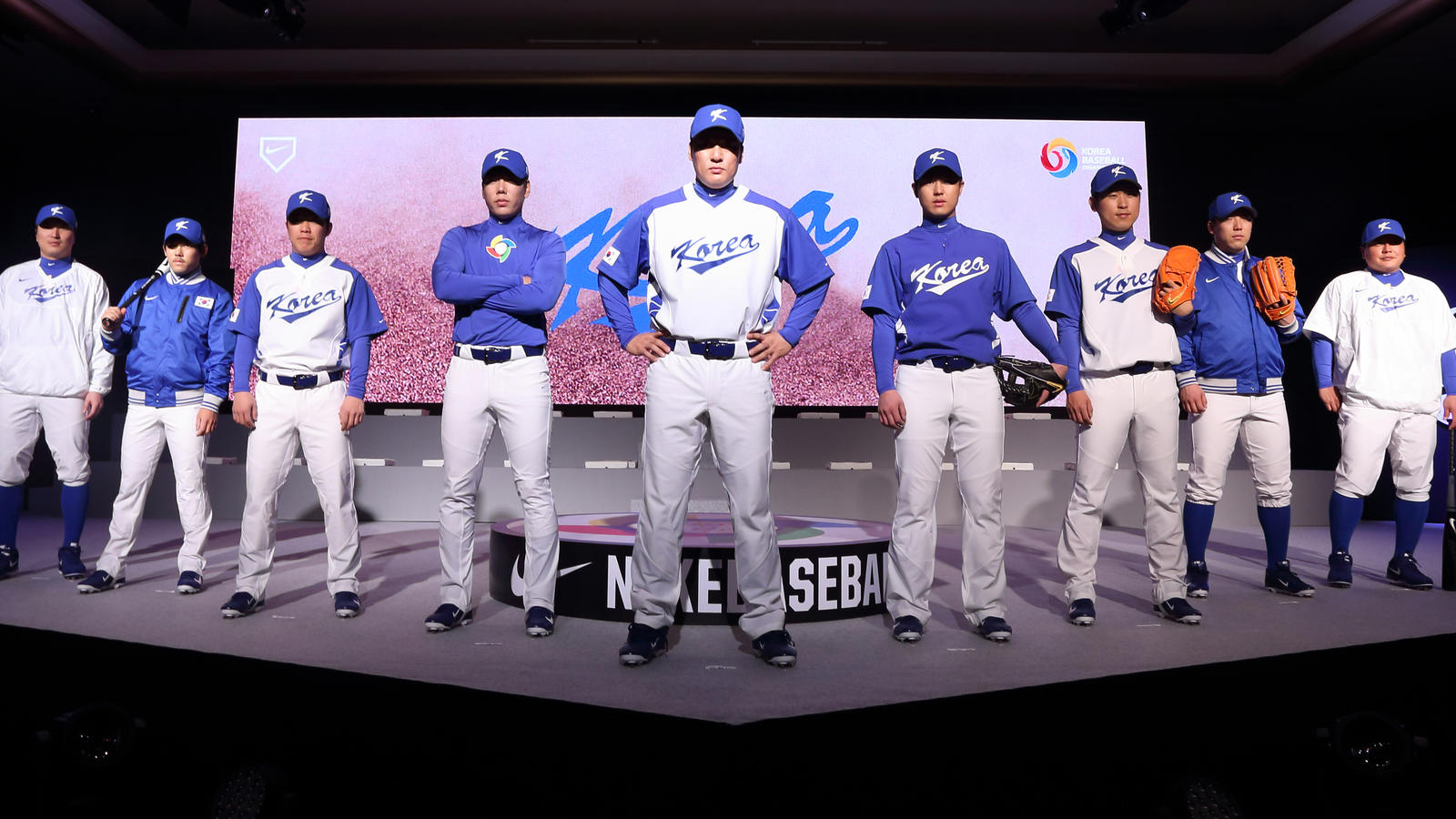 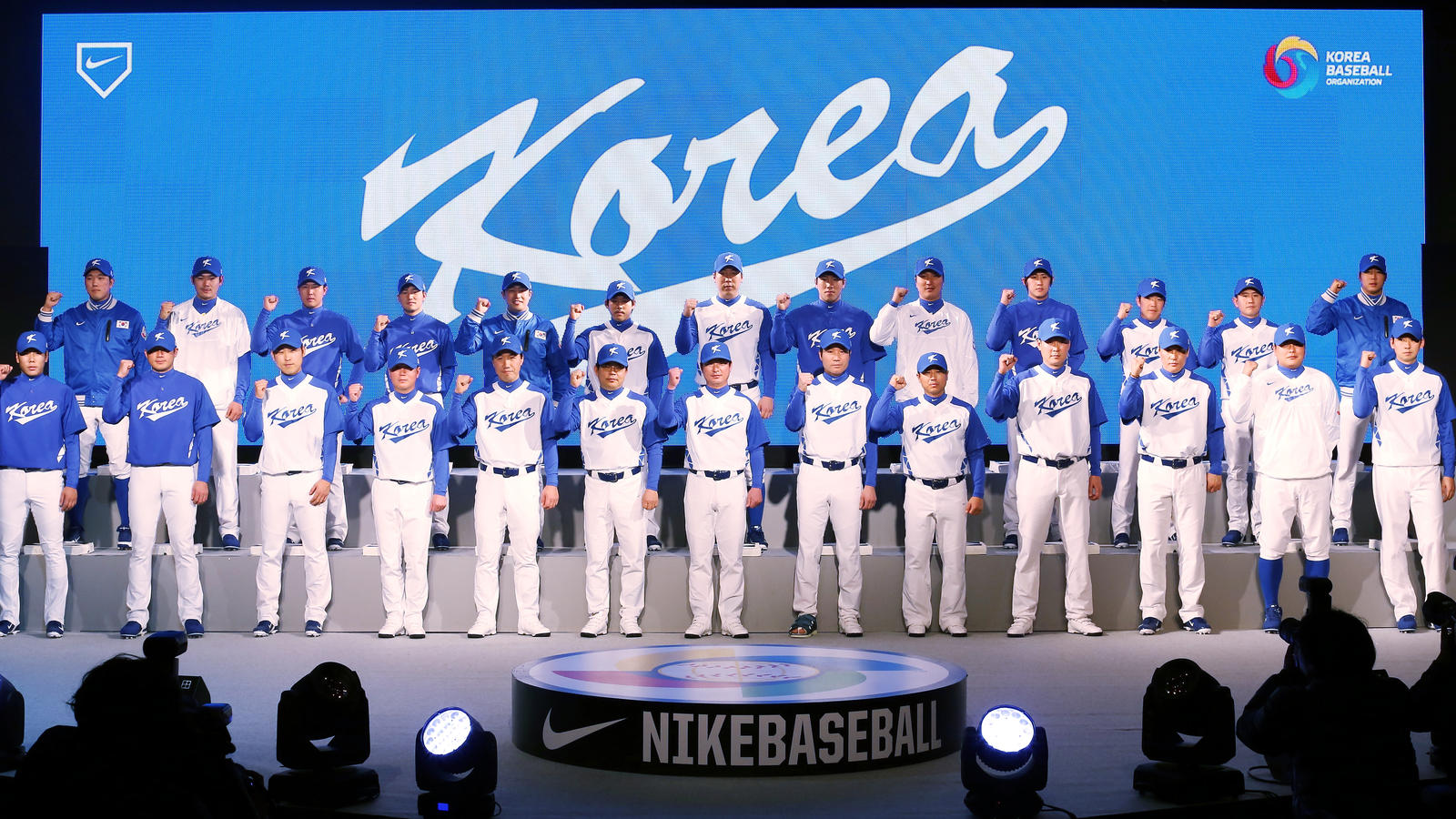 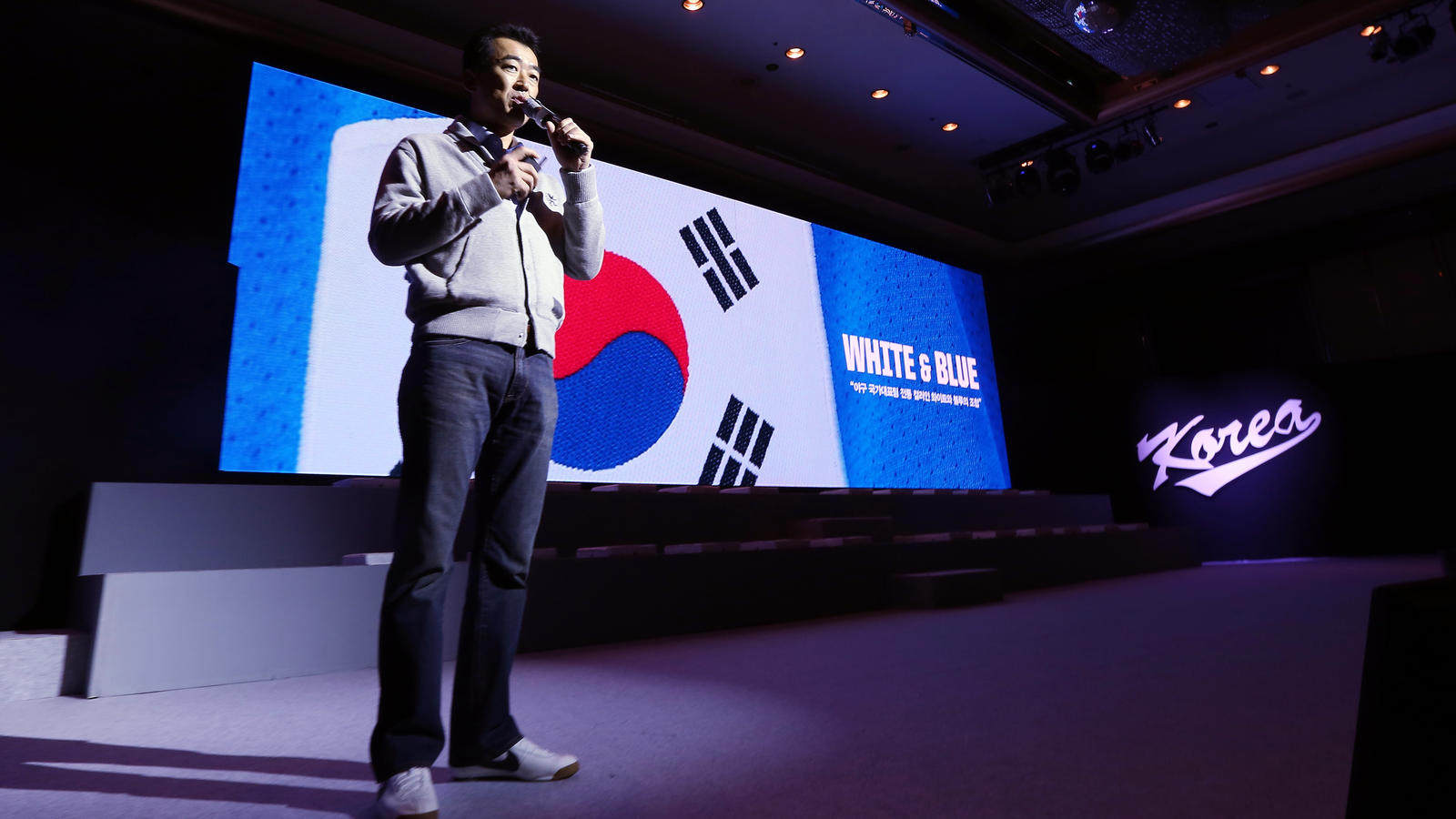 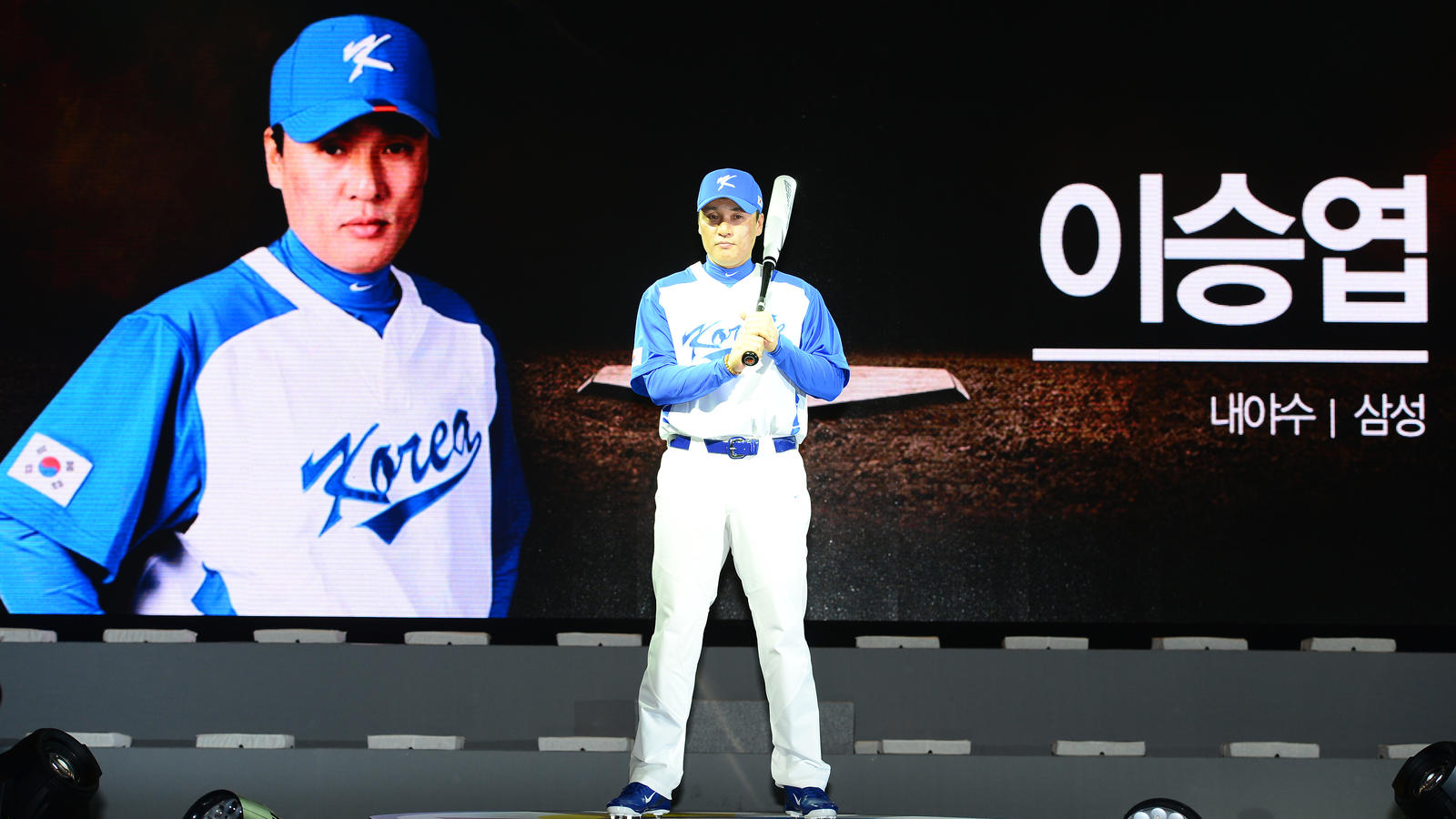 On Jan. 15, Korea’s National Baseball Team officially unveiled its uniform for the 2013 World Baseball Classic that begins in March. Nike, the creator of the team’s uniforms since 1998, developed the innovative design for speed, power and movement. After earning gold medals in 2008 in Beijing and 2010 in Guangzhou, the Korean National Team hopes to achieve a Baseball Grand Slam by winning the upcoming classic.

In a change from previous uniforms, the top's design features a V-neck instead of a button-down, which can help reduce potential injuries caused by rough sliding. Twill fabric combined with nylon and spandex helps maximize each player’s full range of dynamic motion.

The new uniform also features a mesh fabric with antiperspirant and anti-odor technology as well as an ergonomic design to reduce chafing. With the use of innovative fabrics and minimization of seams, the uniform is 17 percent (top) and 51 percent (bottom) lighter than the previous uniform.

The uniforms emphasize the team’s heritage with the use of the same cursive "Korea" that was used in 2008 in Beijing, as well as the traditional white and blue colors.

The uniform includes a white top and bottom for home games and a blue top and white bottom for away games, as well as a Nike Pro base layer worn under the top that features a second-skin fit and moisture-wicking technology to keep players cool and dry.

Innovative technology for speed, power and full range of motion