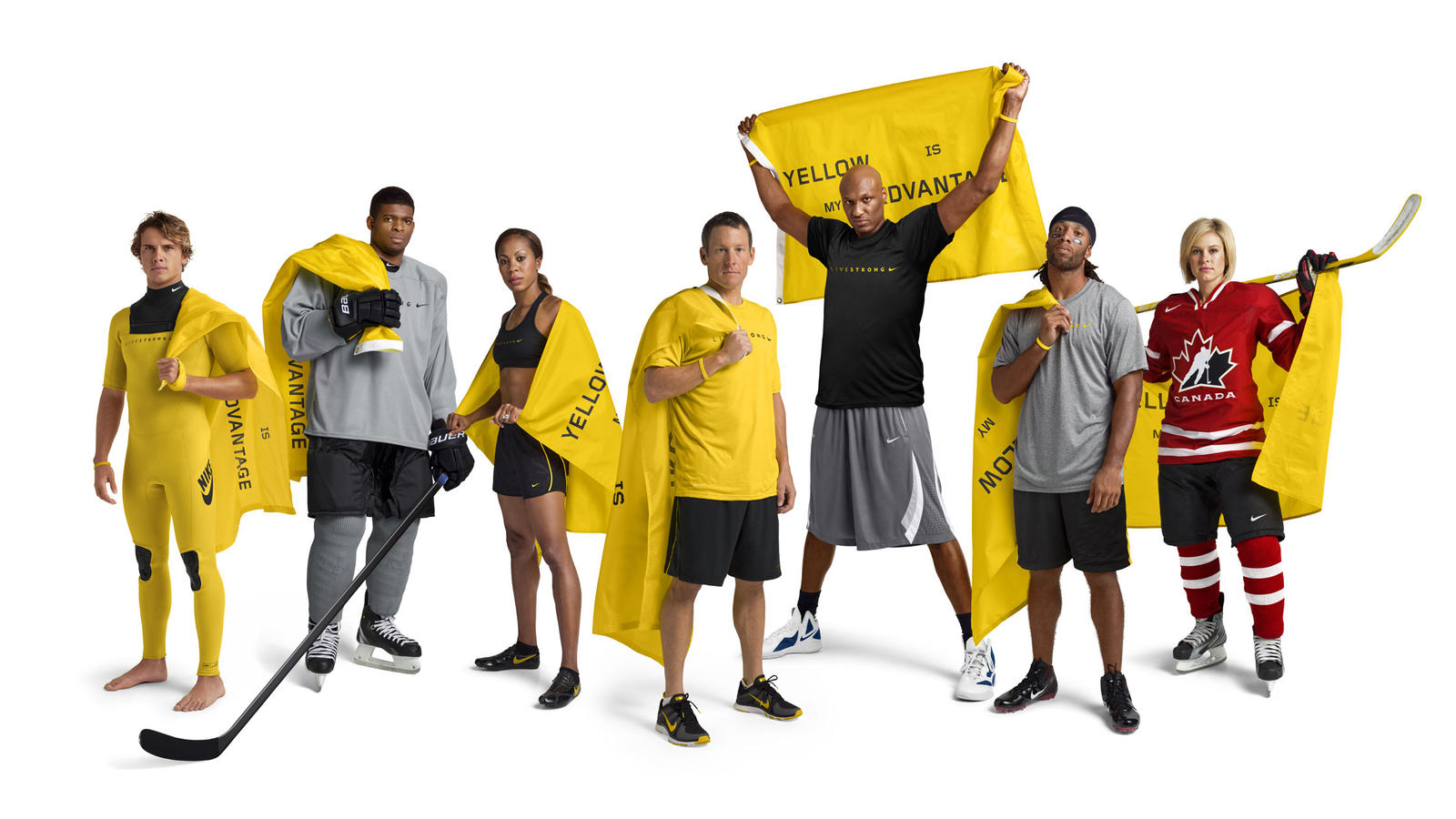 February 4 marks World Cancer Day and the announcement of Nike Team LIVESTRONG uniting to bring hope, courage and inspiration to the 28 million cancer survivors worldwide. Joining Lance Armstrong and the millions around the world are a variety of world-class athletes who have directly or indirectly been affected by the disease.

Julian Wilson – Australian Pro Surfer, ASP World Tour 2011Julian’s mother is a breast cancer survivor and he is very strong advocate for early detection and awareness. Catch him surfing big waves from Australia to Hawaii in a LIVESTRONG yellow wetsuit.

P.K. Subban – Pro Hockey DefensemanP.K.’s grandmother passed away from cancer when he was a young child. “Having experienced cancer first-hand in my family, I realize how important it is to give individuals and organizations the resources and support they need to fight cancer effectively,” said Subban. “The Nike LIVESTRONG collection is an innovative way to raise awareness and provide encouragement.”

Sanya Richards-Ross – Pro Sprinter, Five-Time World ChampionRichards-Ross embodies what it means to be an inspired LIVESTRONG team member. She comments, “For so long Lance has really been the flag bearer in cancer awareness and I think it’s time for the rest of us to share that load with him and to help spread the word.”

Lance Armstrong – Seven-Time Tour de France ChampionLance Armstrong was diagnosed with advanced testicular cancer on Oct. 2, 1996. Today Lance’s foundation is known as LIVESTRONG, which stands as a symbol of inspiration, help and community. Nike is proud to be a long-time supporter of Lance Armstrong and LIVESTRONG.

Lamar Odom – Pro Basketball Player, Two-Time ChampionLamar lost his mother to colon cancer and has been committed to help causes that are focused on finding a cure and helping people who suffer from the disease ever since.

Larry Fitzgerald – Pro Football Player, Four-Time All ProLarry’s mother passed away from breast cancer in 2003 and his grandmother and aunt have had bouts with the disease. Fitzgerald comments, “When you have a platform that allows you to have some positive influence, it’s your responsibility to do what’s right for society.”

John Lester – Pro Baseball Pitcher (not pictured)John Lester was diagnosed with Anaplastic Large Cell Lymphoma in 2006 and then pronounced cancer free a few months later. He is an advocate of the LIVESTRONG philosophy and uses his platform to spread awareness.

Join Nike Team LIVESTRONG today, show your support for World Cancer Day, and share your story via twitter @NIKELIVESTRONG and on www.facebook.com/nikelivestrong.