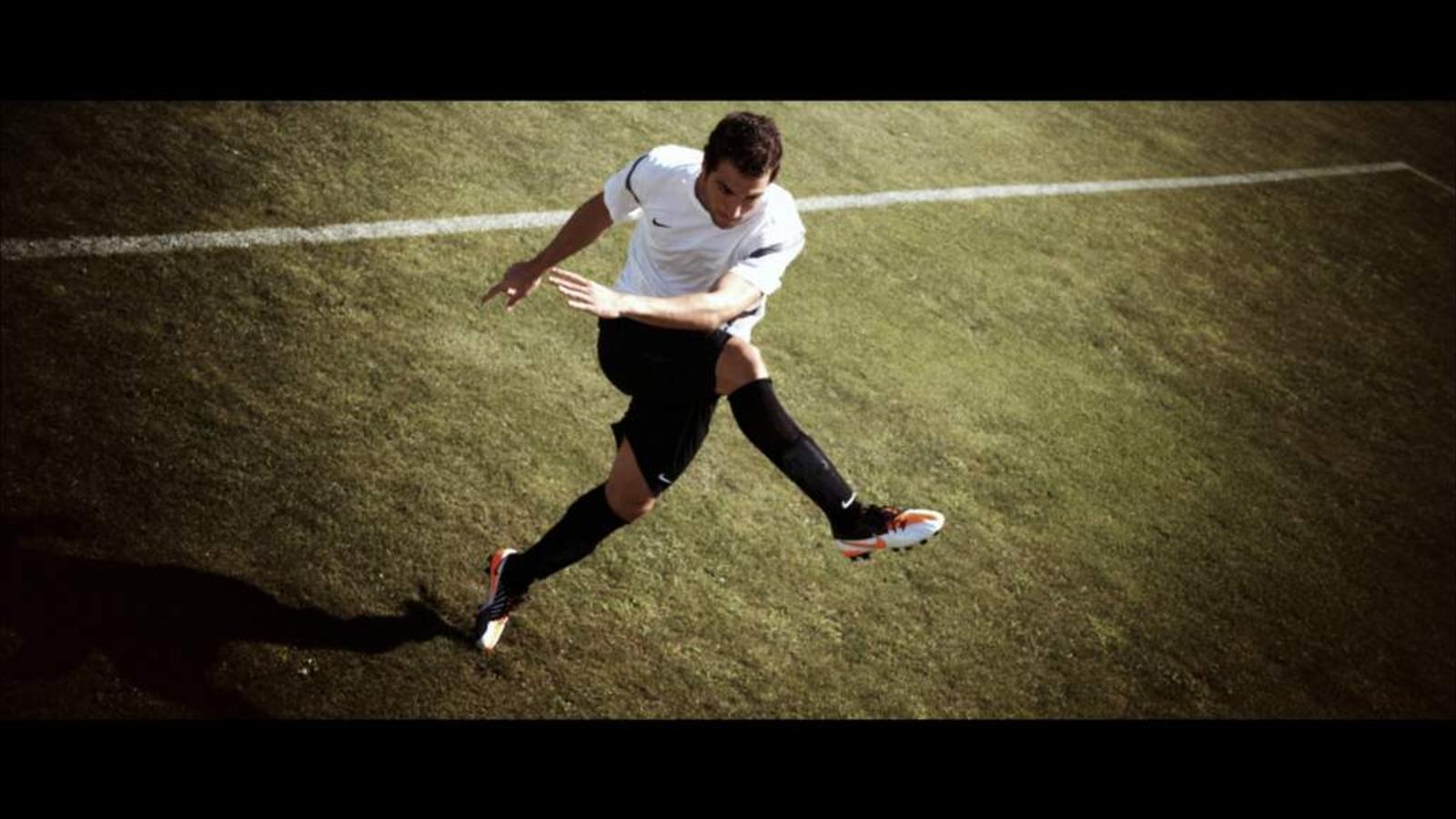 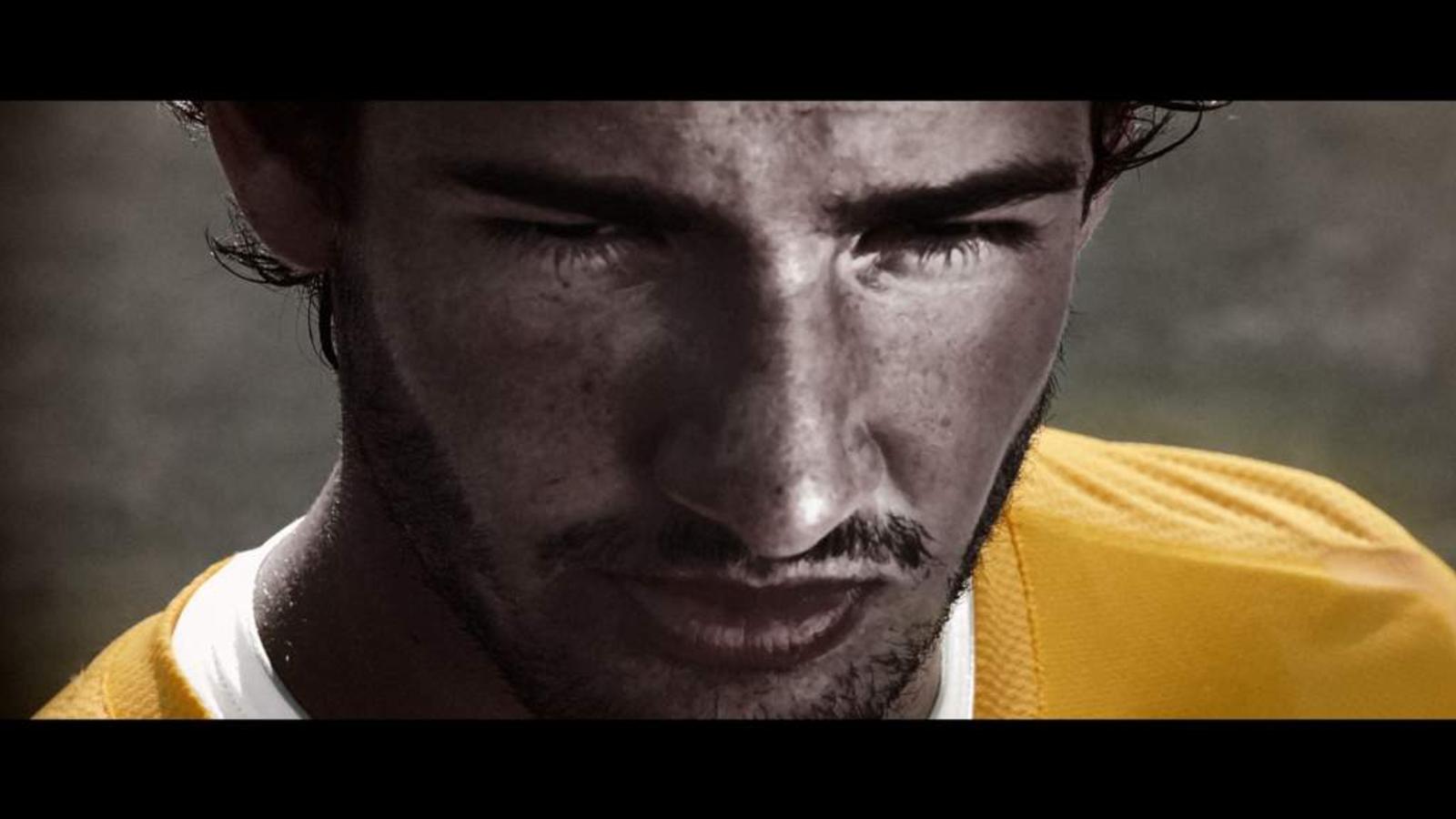 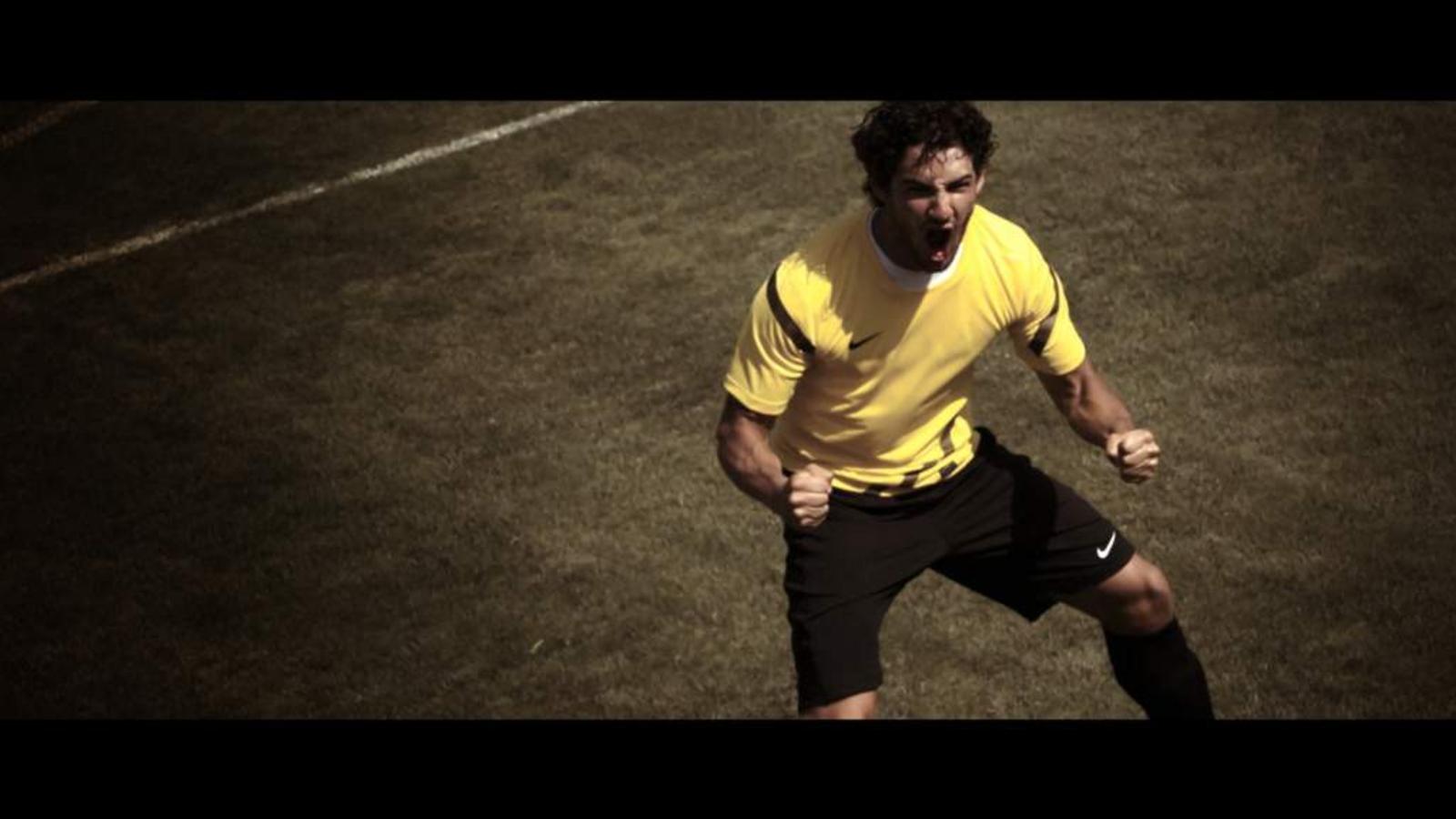 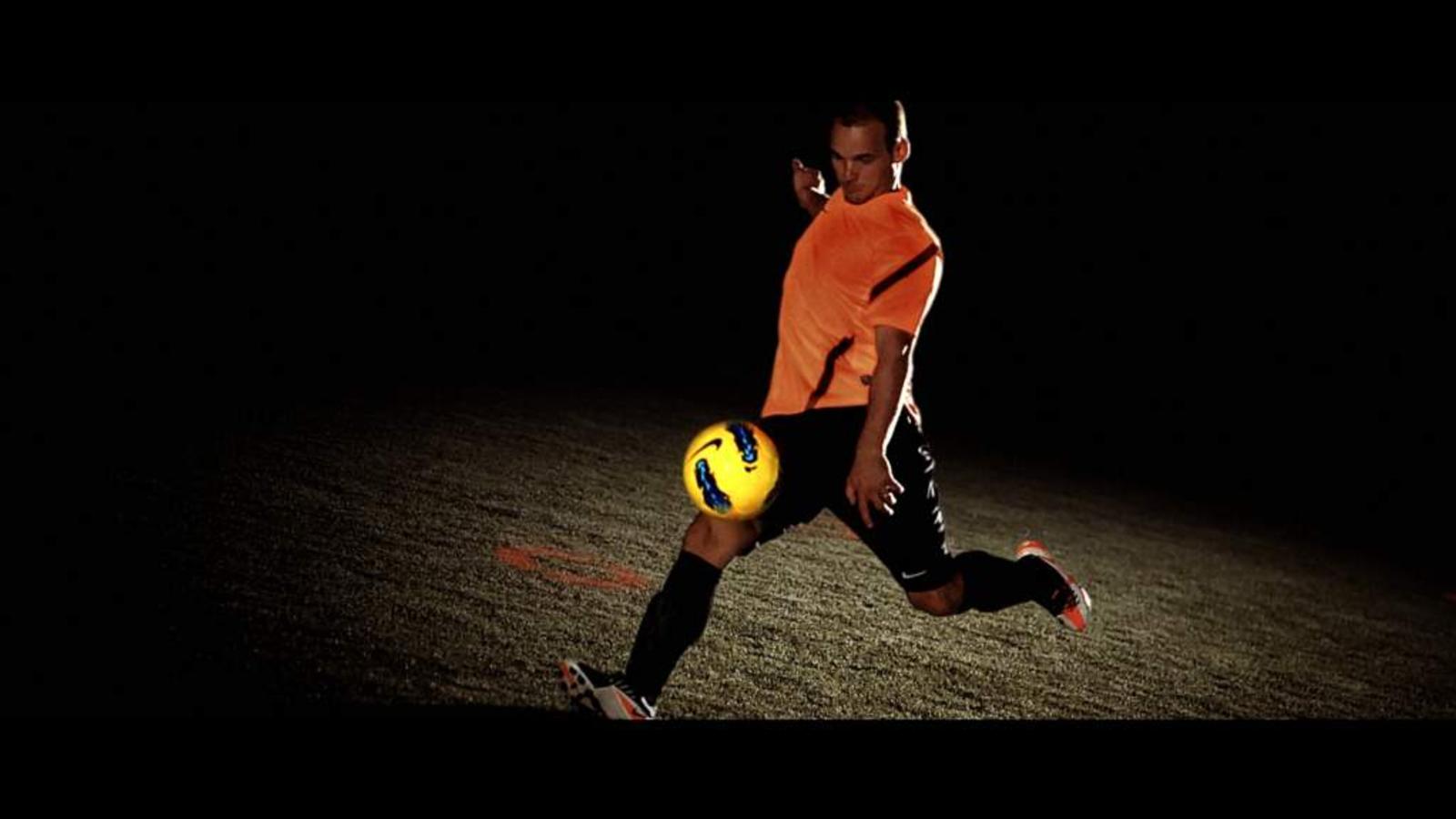 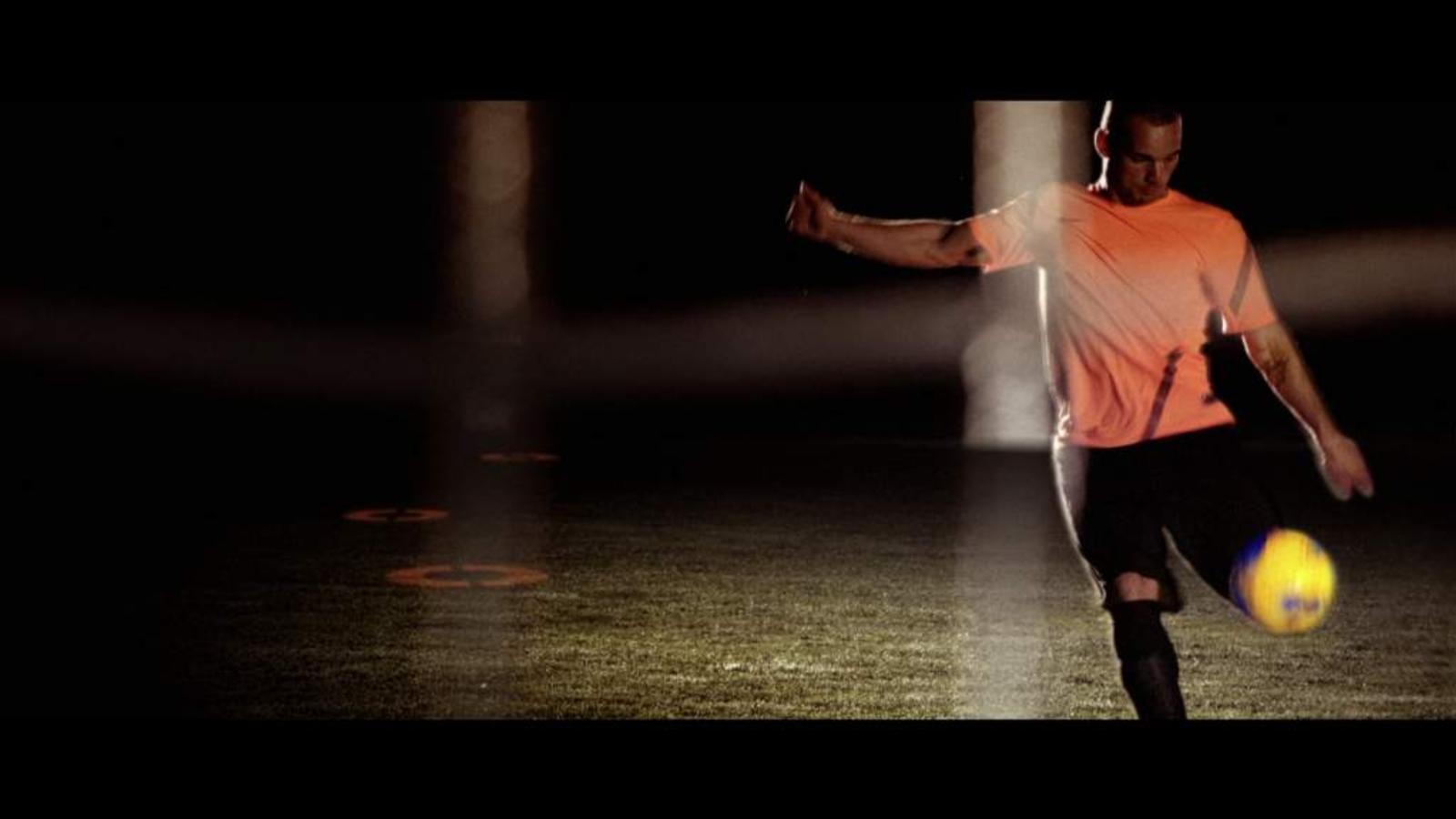 The new Nike T90 Laser IV is designed to deliver ultimate power and precision for goal scorers. To accompany its launch, Nike introduced today a Facebook app that enables footballers around the world to record and socialize their scored goals in a completely new way.The T90 Strike Counter allows players to input data about their goals such as a spot on the pitch they scored from, where in the goal it went in and what part of the boot they struck the ball with. A 3D image can immediately be shared with friends or team mates.How many goals are volleys? How many are from inside the box? Scored with the right foot? Left? Outside of the boot? Top corner? As the goals roll in, Nike Football will host the conversation bringing Pro’s and young players together in a celebration of the art of the perfect strike, no matter how it ends up in the back of the net. The app will also feature pro player commentary around memorable goals and what makes the perfect strike. “A perfect strike depends on the moment within the game. How close to the goal I am, or which side of the field I receive the ball. The most important thing is hitting the back of the net. It’s great to score a spectacular goal, but a tap in is good, too, they all count,” Said Pato, CBF national team player. Nike T90 Laser IVFocused on adapting to the technical demands and movement of a highly mobile striker the new T90 Laser IV is 20% lighter than the previous version and features a streamlined silhouette that provides enhanced fit and feel on the ball. The forefoot area features a newly configured adaptive shield design and high performance synthetic leather upper for a soft and close to the foot feel. T90 Strike Counter filmTo support the launch of the strike counter Facebook app, Nike has created a short film capturing the dynamic strikes of leading sharp shooters including Higuain, Pato and Wesley Sniejder. The film features strikes at goal that are rapidly captured and calculated using the strike counter 3D imaging. Slow motion graphics of intricate footwork and goal celebrations are set against a constantly escalating strike counter as shots fire in from all angles.

View the T90 Strike Counter app video on YouTube. You can also view the app on Nike Football's Facebook page.