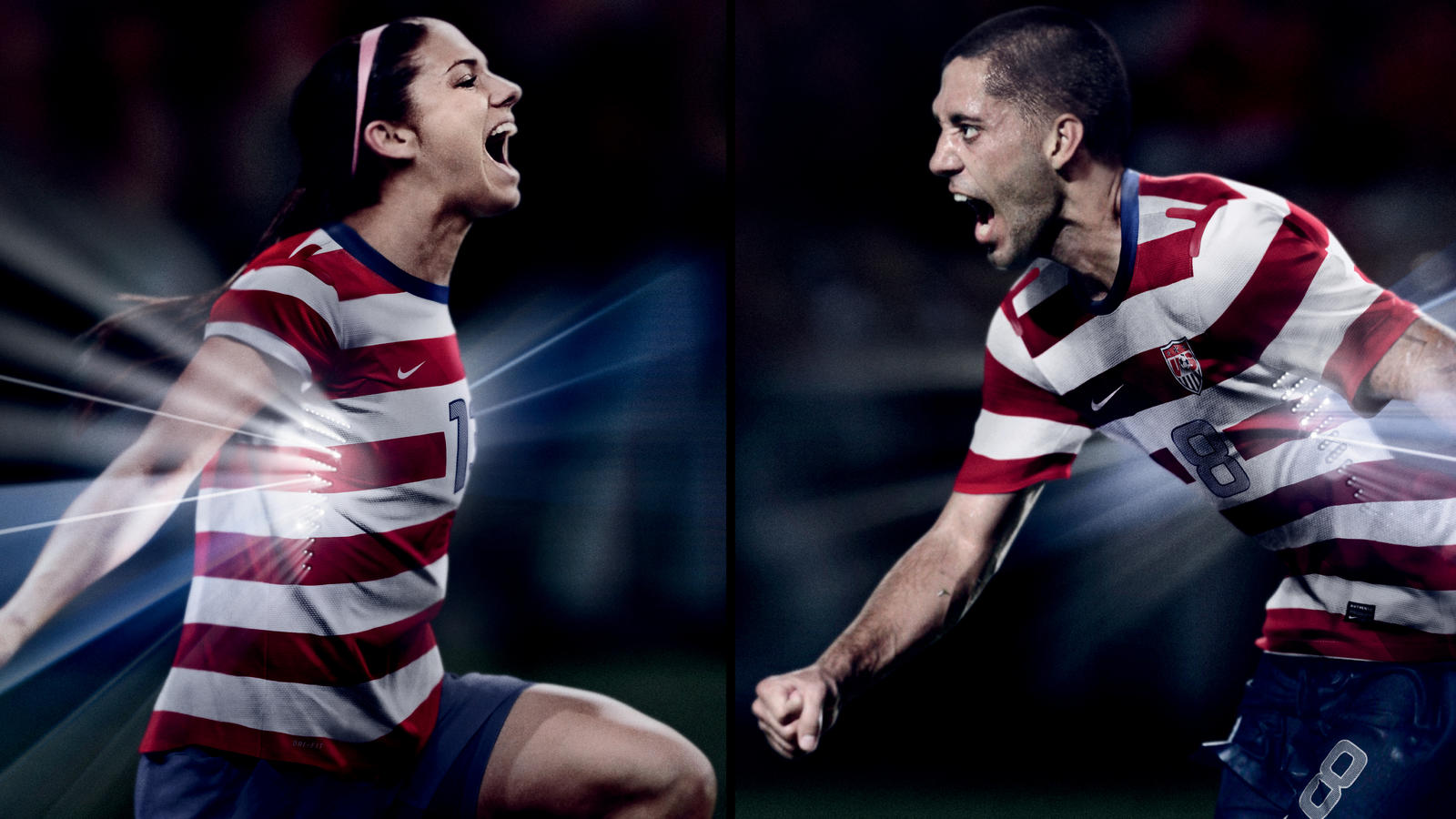 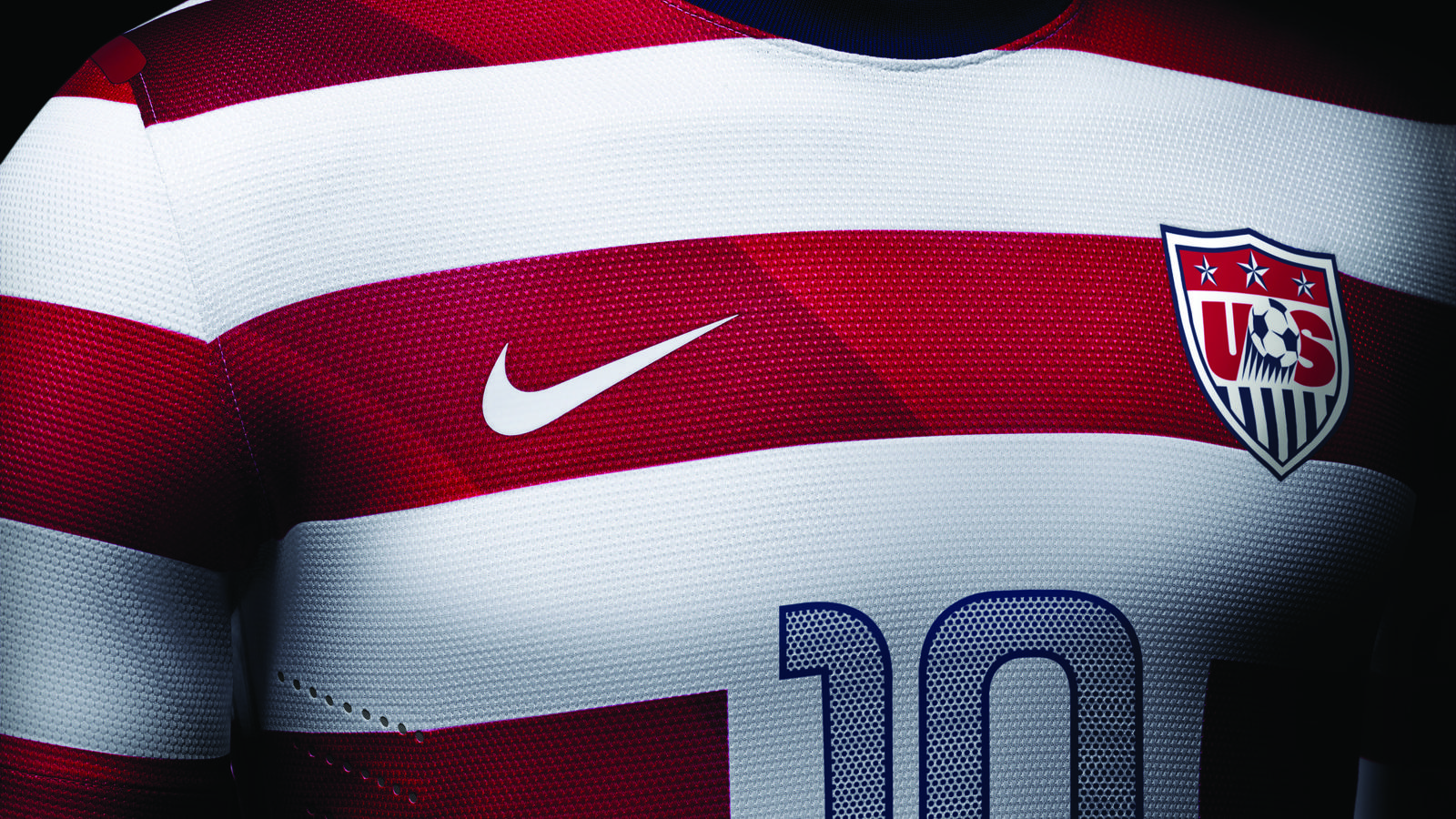 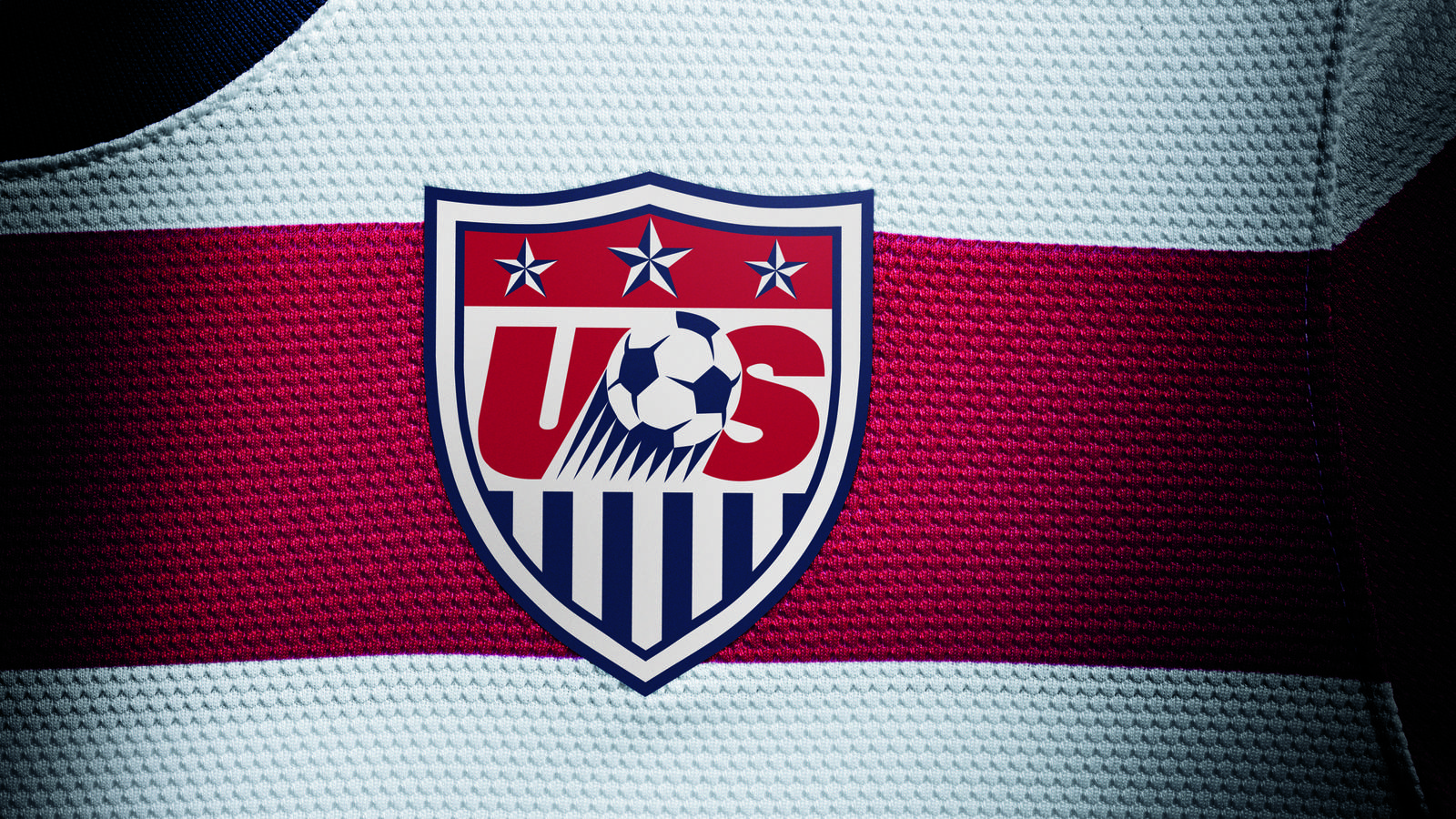 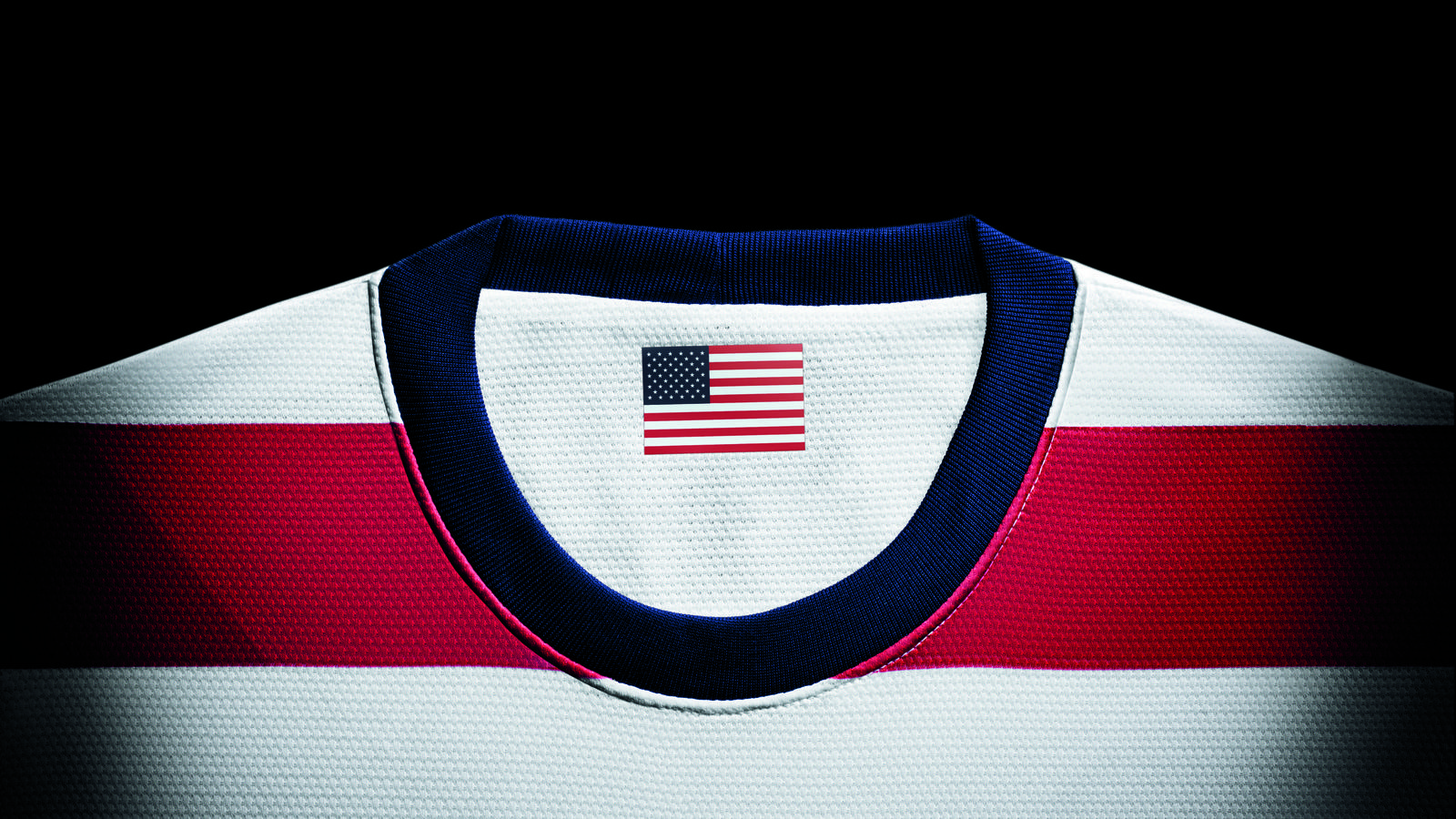 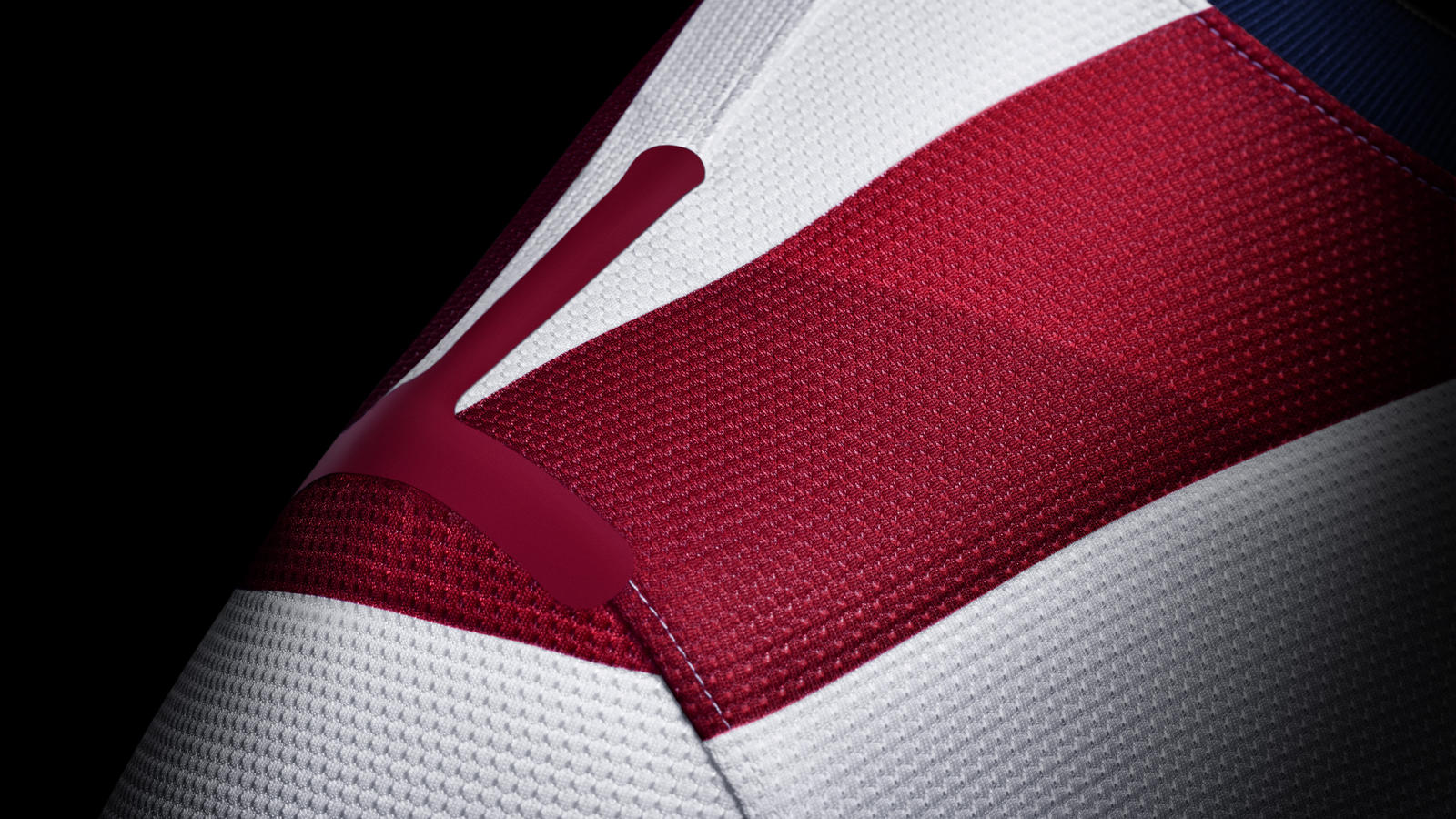 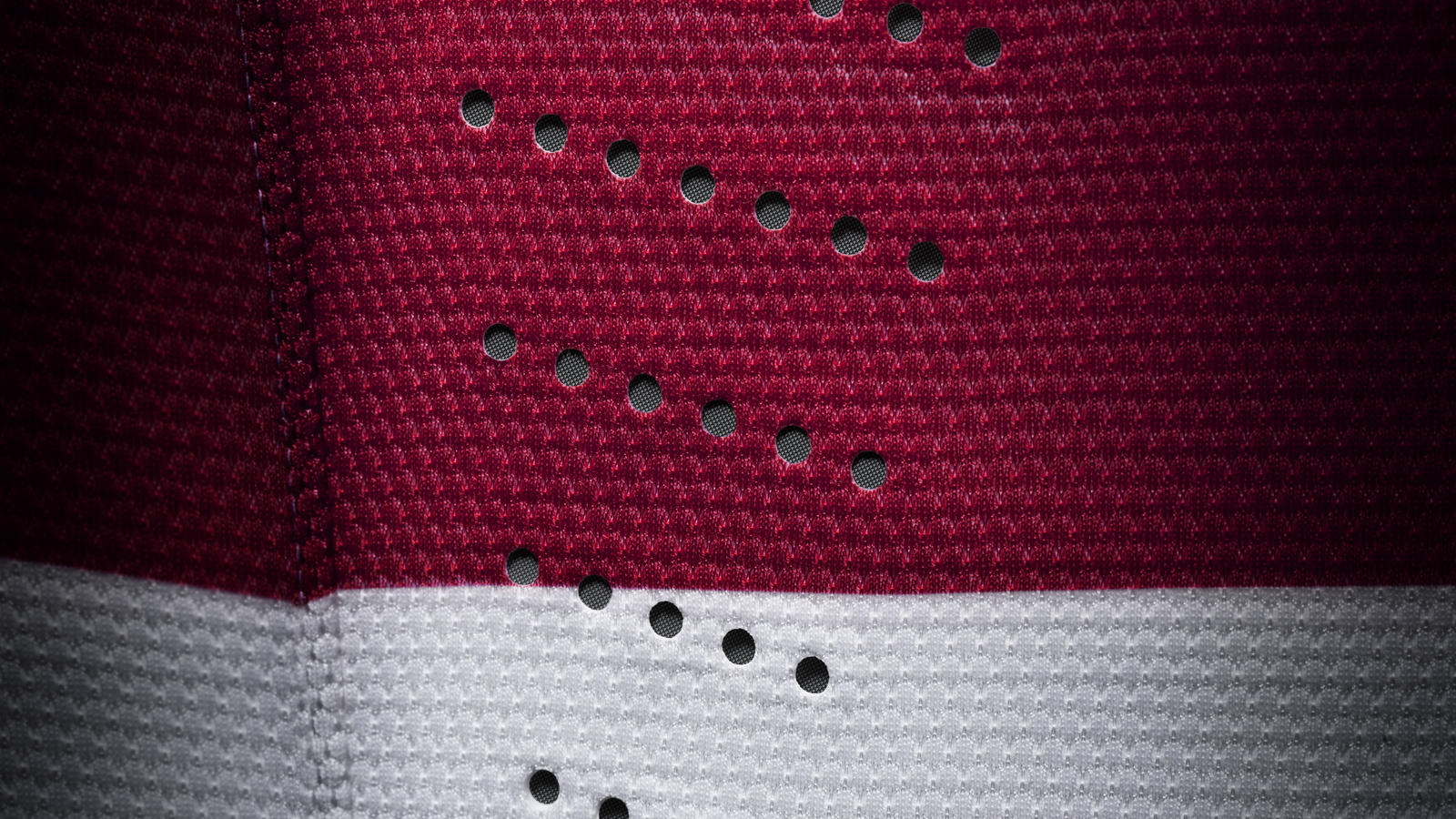 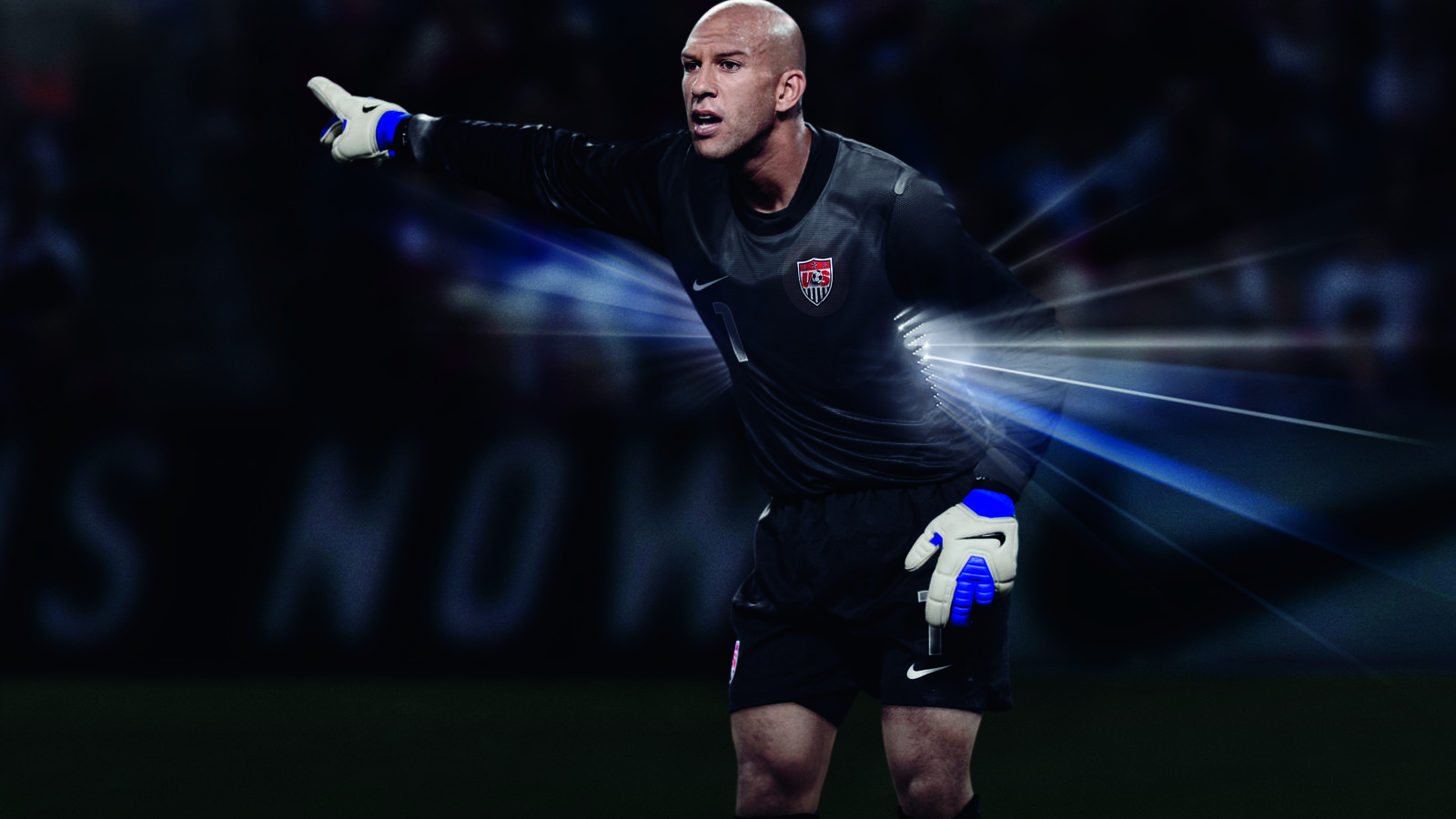 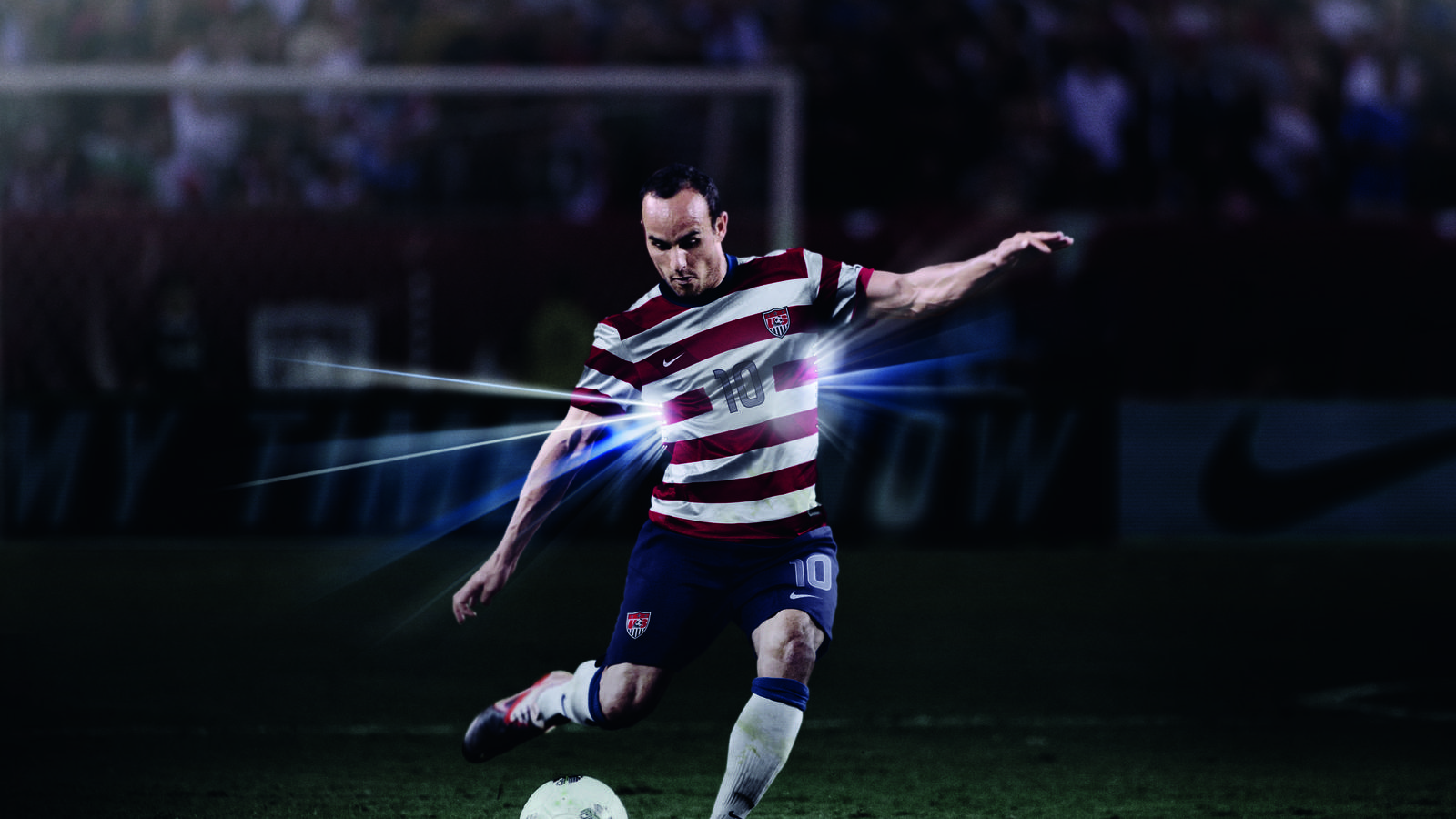 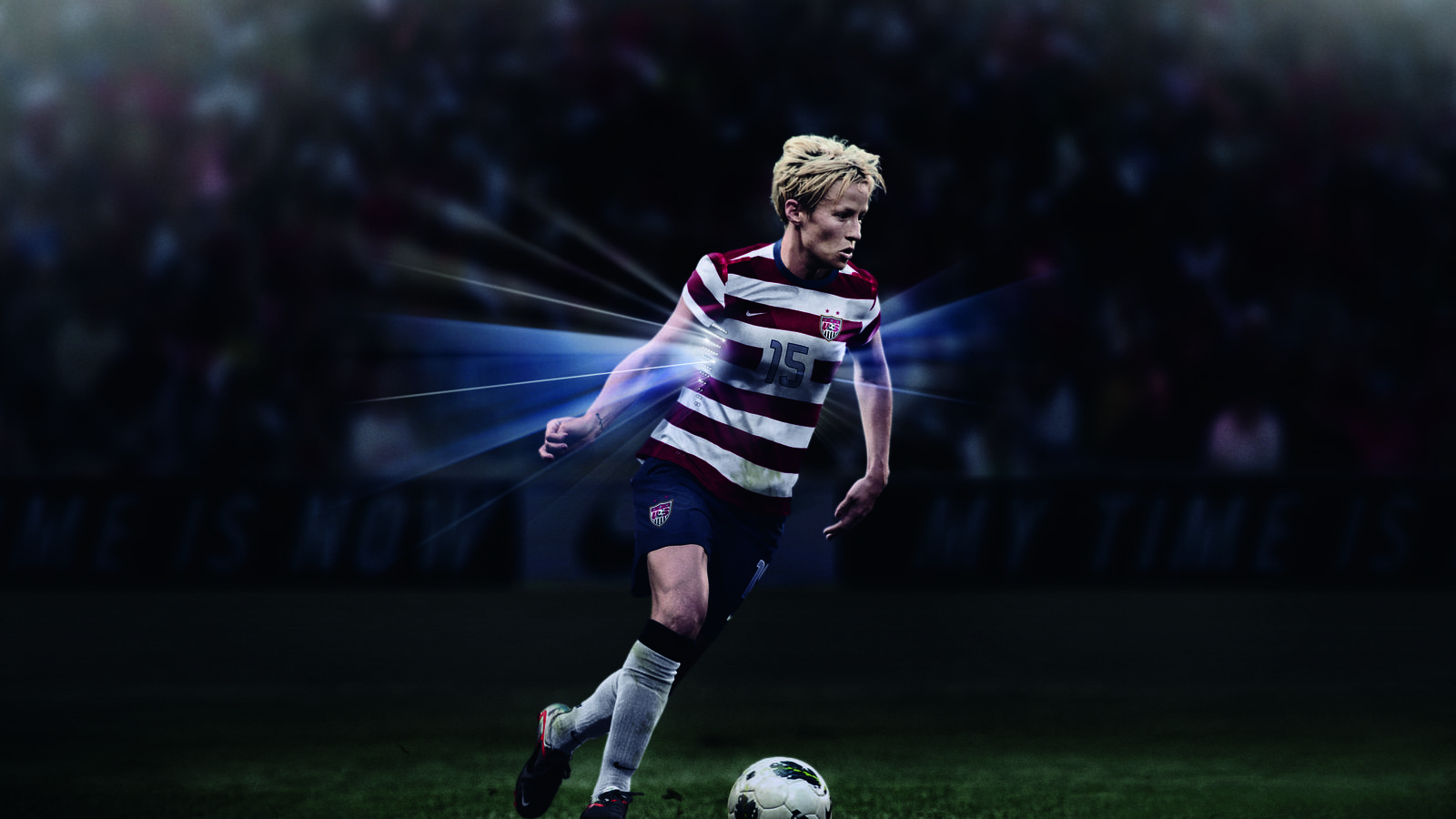 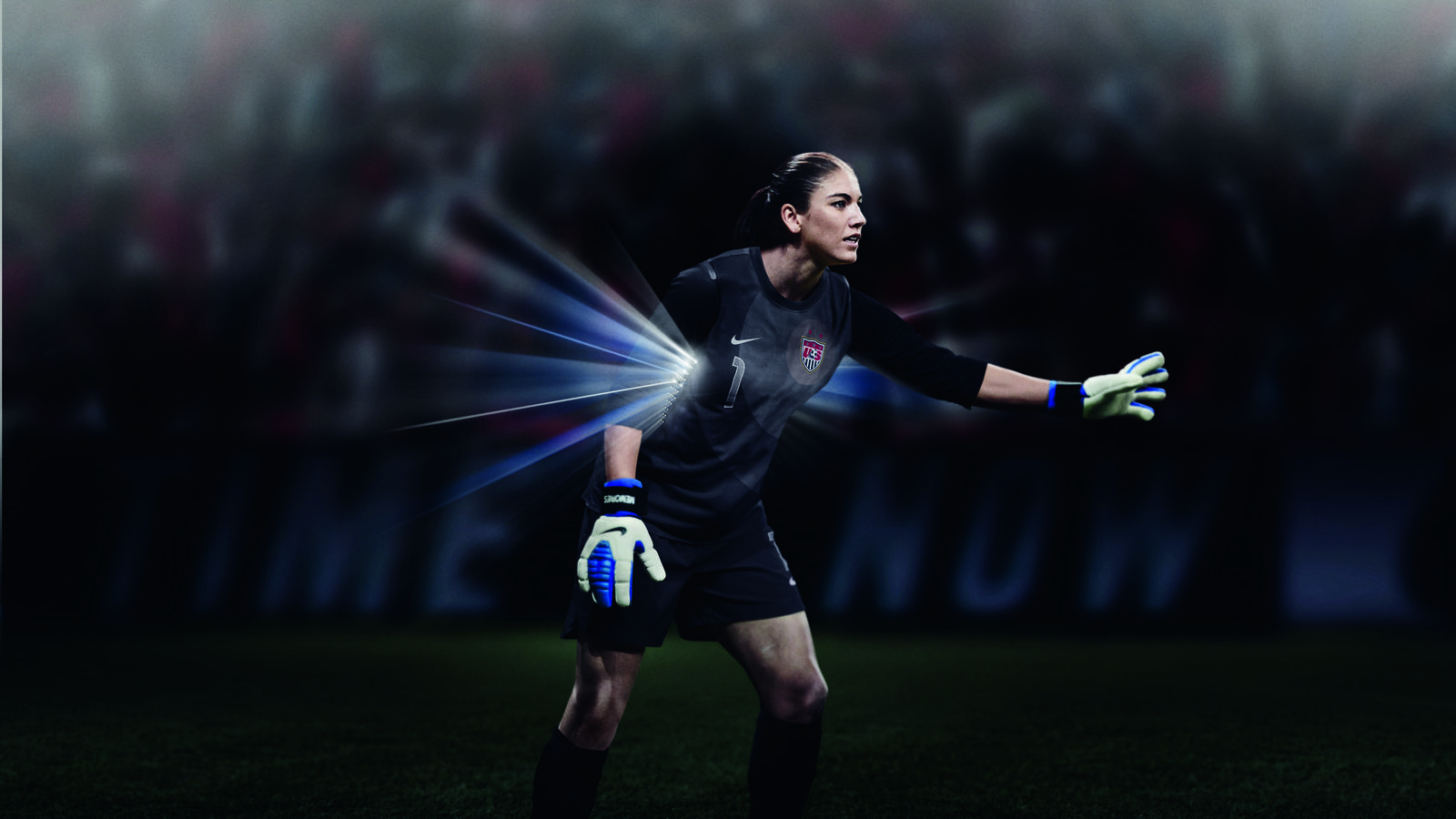 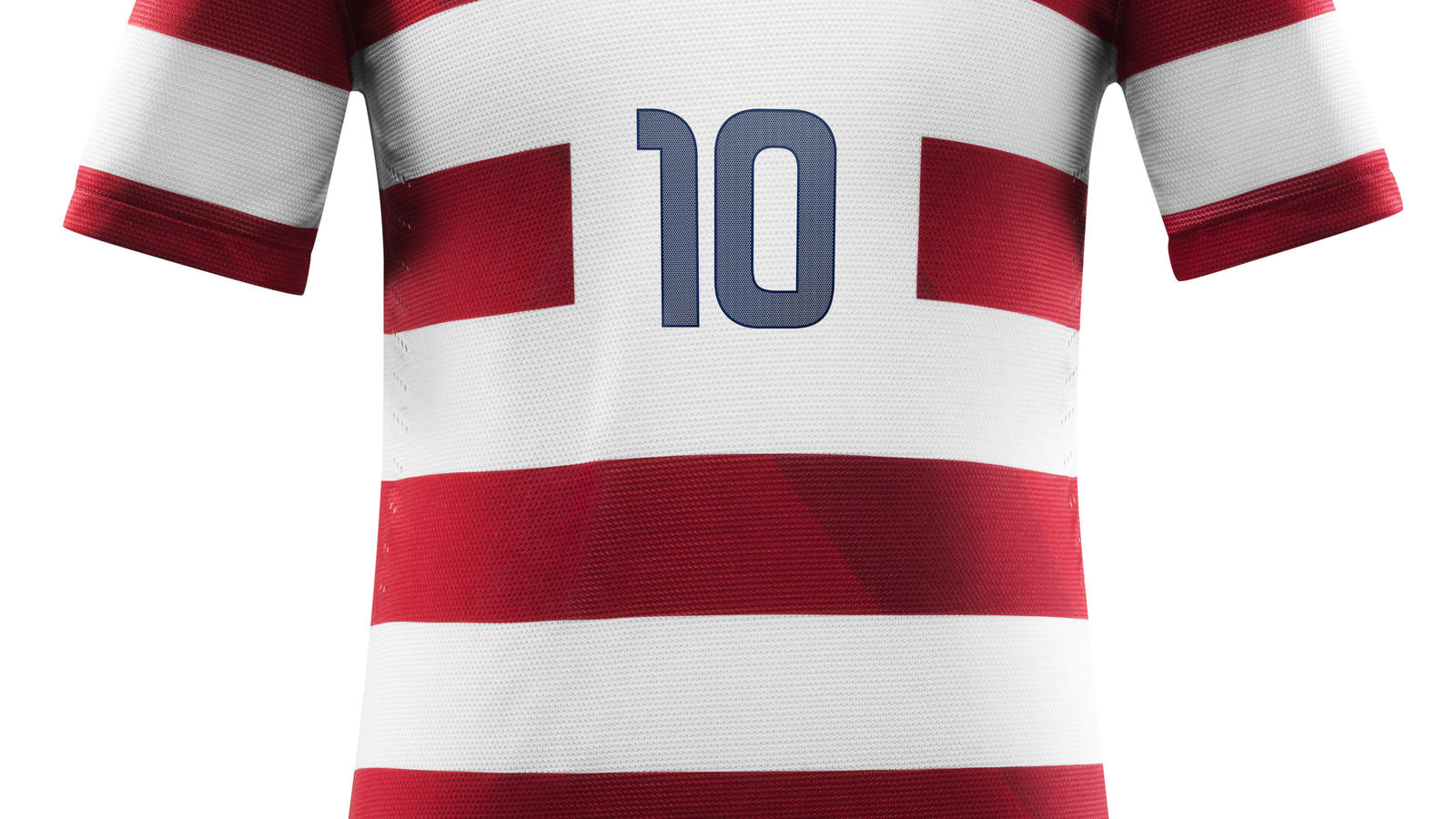 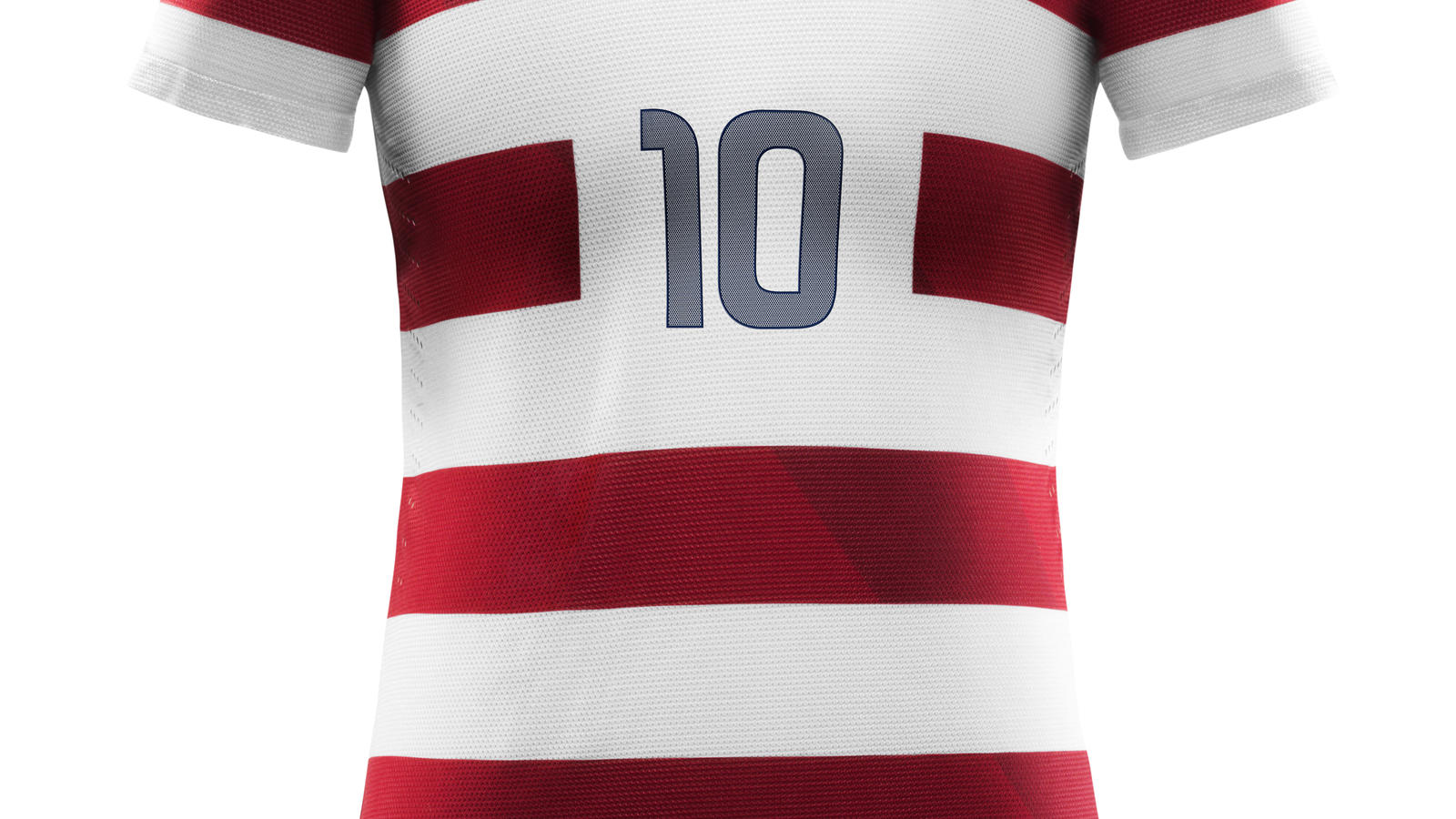 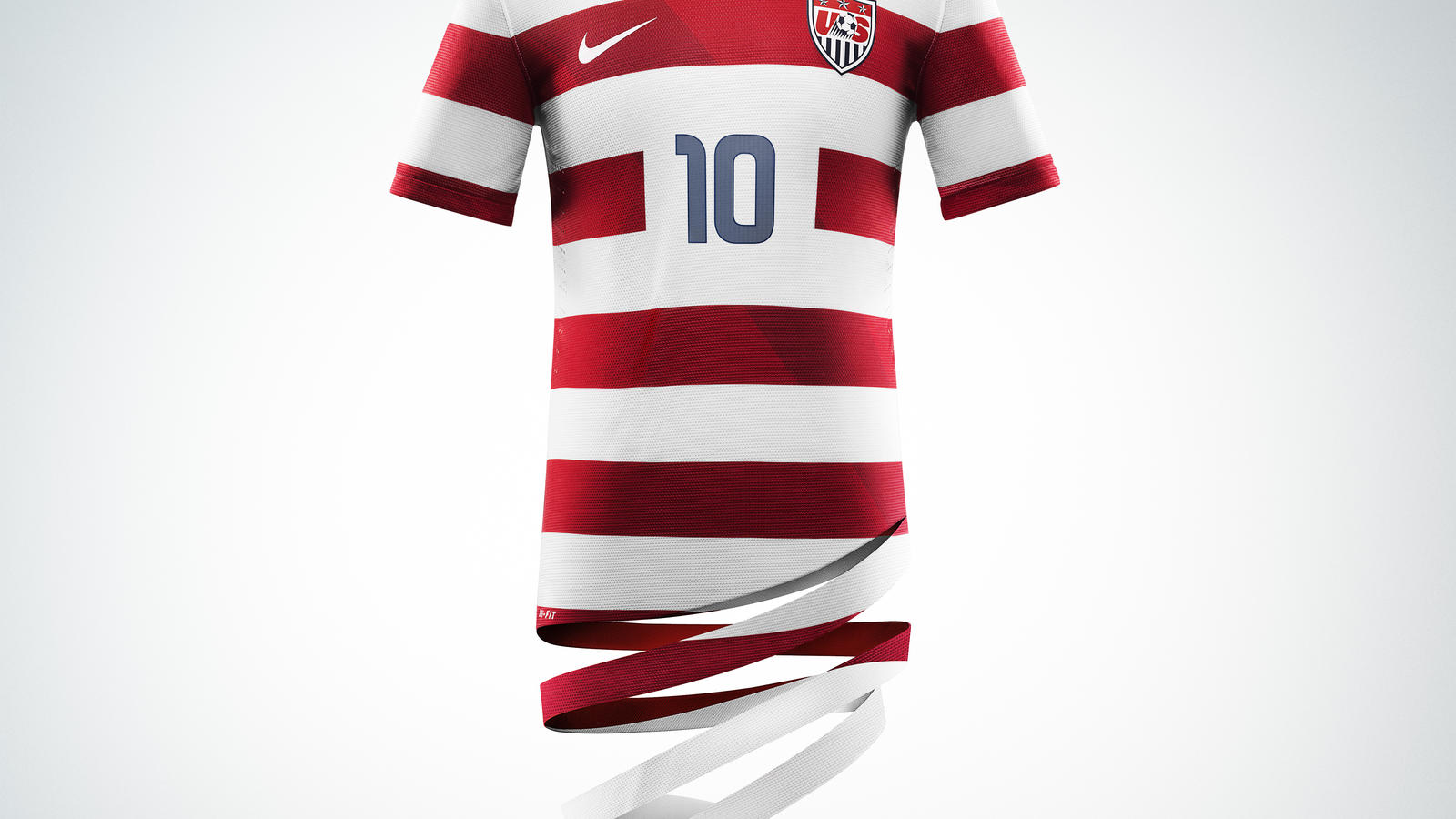 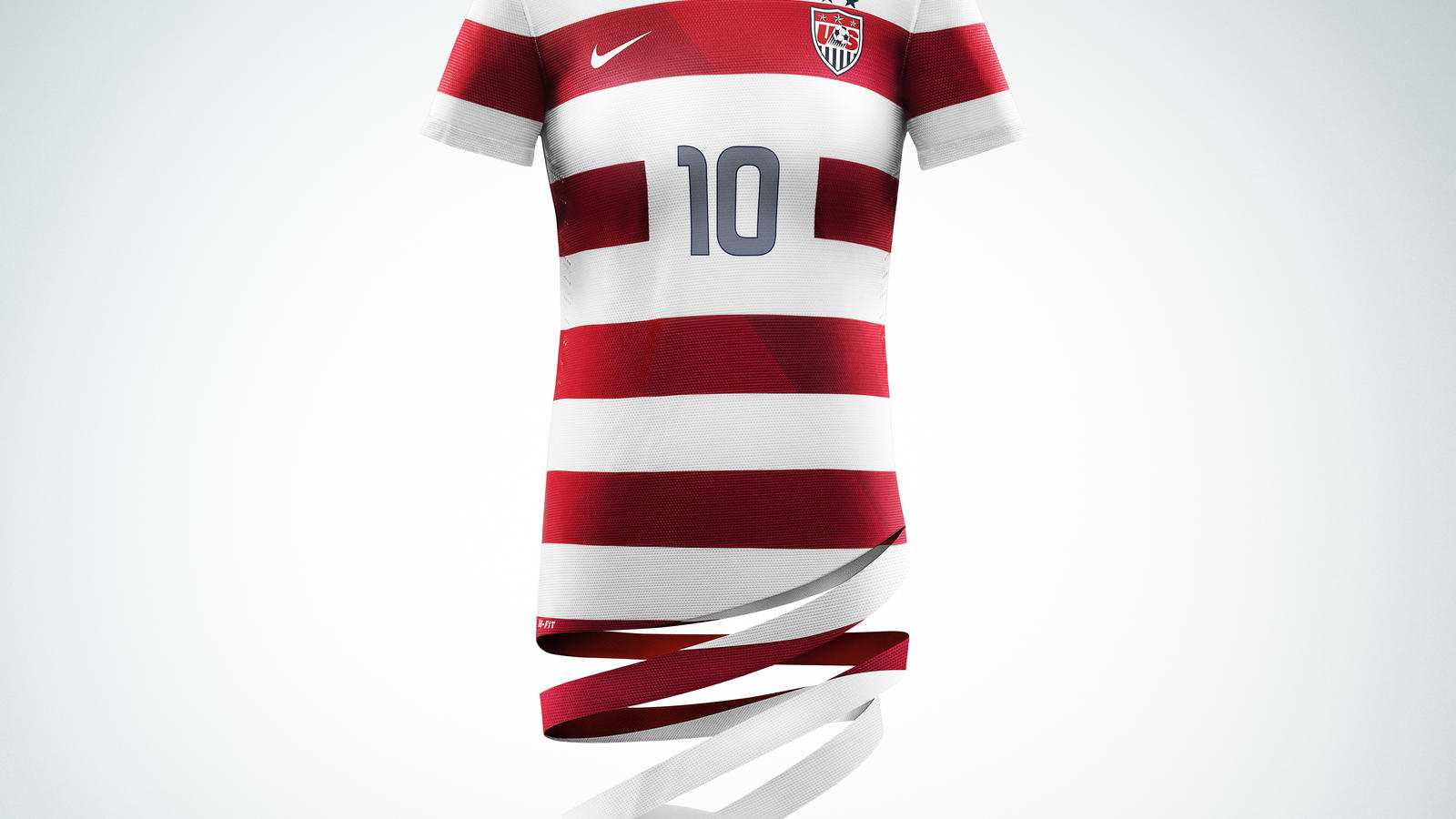 The new USA home kit combines heritage and patriotism in a bold new design that both the Men's and Women’s teams will debut on the pitch this summer. The jersey utilizes the colors of the American flag with a blue crew neck collar and a body featuring red and white stripes.

The shirt also features a tonal sash to echo the same design on the shirts worn by the US Men’s National Team when they famously defeated England in the 1950 Finals in Brazil.

Both kits are visually identical but the women’s kit is designed specifically for the female athlete to enhance range of motion creating a uniquely feminine silhouette. The American Stars and Stripes flag, affectionately known as ‘Old Glory,’ is placed inside the back of the neck of both versions to inspire pride.

The new home shorts are blue, while the socks – now with improved cushioning for greater comfort – movement and protection, are white with a blue band at the top.

Nike Dri-FIT is proprietary technology that works to wick away moisture helping to regulate player’s temperature during a match. The shirts also feature laser-cut ventilation holes to promote localized cooling where it matters most.

NIKE PRO COMBATA kit built from the inside out, the US players will wear Nike Pro Combat base layer underneath their match day apparel.

Included in the collection is the Nike Pro Combat Hypercool 2.0 top, which consists of ventilation and sweat-wicking fabric to help keep players cool and comfortable. In colder weather the Thermal Mock top features a mock neck and brushed inner surface reflecting heat back to the body without trapping moisture.

The Nike Pro Combat Hyperstrong compression men's slider shorts feature a padded waist and thigh protection in the most critical areas to provide protection during the rigors of the game. Mesh fabric is placed in high heat zones for breathability.