Nike Snowboarding Heads to Montafon, Austria for the finale of the Chosen Sessions 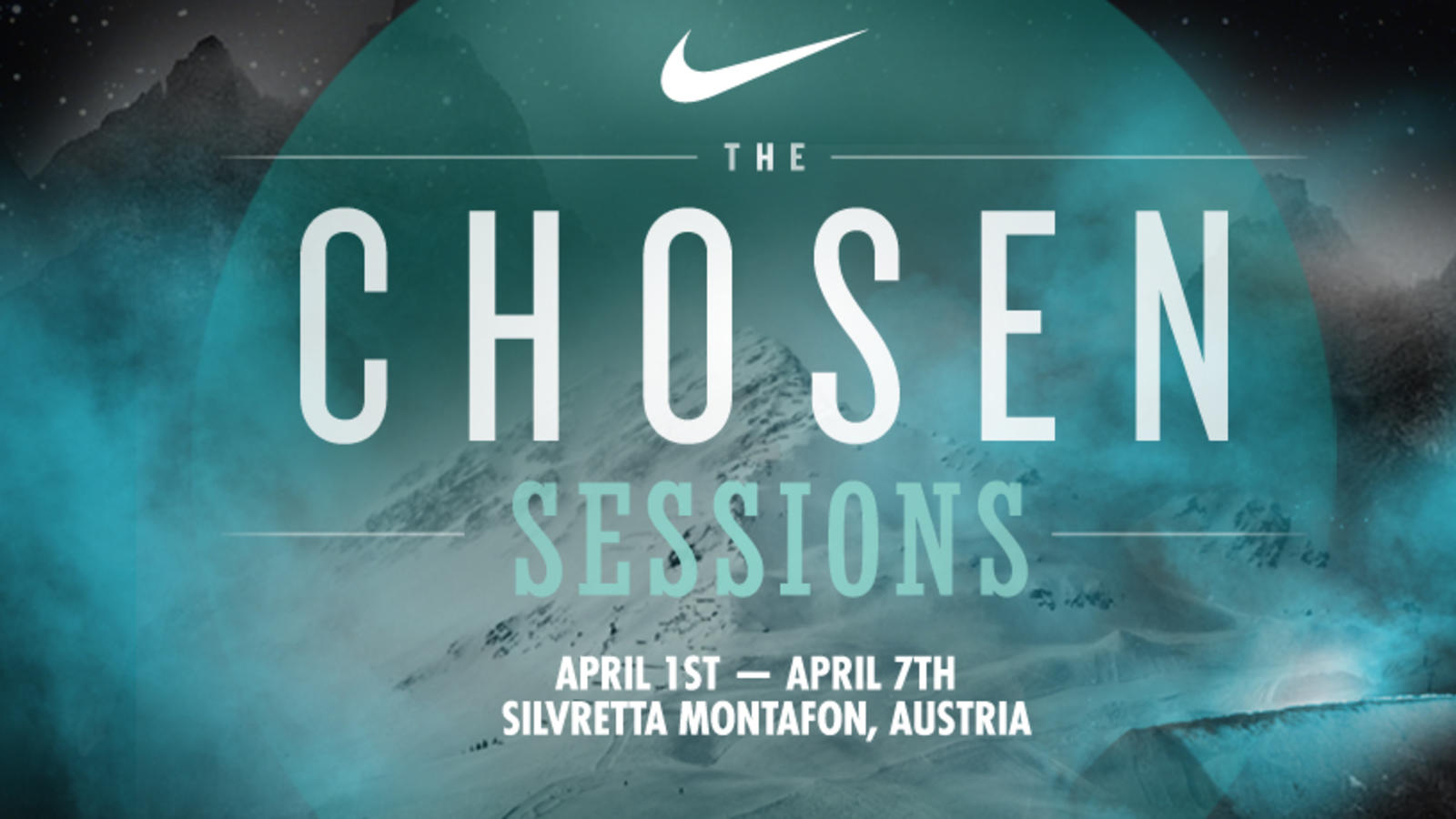 The Chosen Video Crew contest is a one-of-a-kind, socially-driven competition designed to give action sports crews the opportunity to showcase their style, skill and creativity in order to be chosen for an opportunity of a lifetime – a chance to travel with the Nike team, while getting access to exclusive Nike products and experiences.

In early 2012, Nike invited snowboard crews of up to four members to film and edit a video, and the crews that generated the most buzz were elevated to semi-finalists. Contest judges narrowed the field down to nine crews, and more than 40,000 votes were cast online to determine the final three. The Chosen Video Crew finalists will fly to the Austrian Alps and compete for the opportunity to live like a pro.

The final three crews hail from Germany, Finland and the United States. Check out the finalist’s videos below:

THIS MUST BE THE PLACE (UNITED STATES)

In addition to the Chosen Video Crew contest, a grass roots snowboarding competition took place across Western Europe, North America and China. This contest determined the 10 top amateur riders that would be selected to compete at Montafon and ultimately be crowned the Chosen Grassroots Snowboarding Champion.

A panel of 15 Nike Snowboarding athletes will vote on the three video crew finalists and 10 snowboarding amateurs to crown the champions that will get to live like a pro. As part of the prize package, the champions win $10,000 in cash, Nike product, and a CAT boarding trip to Baldface Lodge in British Columbia with Nike pros, photographers and filmers.

Stay tuned to nike.com/chosen for the final results.