Vince Carter joined Nike in 2000. He was already well-known for a few things: highlight reel-filling dunks and a torrid scoring touch. Combined, these elements propelled Carter toward super-stardom.

Carter debuted the Nike Shox BB4 during summer play in Sydney. It proved to be the perfect storm of sneaker, performance and world stage. An iconic dunk of death over a seven-footer while wearing a pair secured his legendary status and drove home the power of the Nike Shox system. You can’t synthesize that kind of moment, but maybe, just maybe, those columns gave him the confidence to pull off the ultimate “posterized” dunk.

"The success of the dunk started the legend of the shoes. But I myself went to another level with them, too. I became a star player in the BB4," Carter says.

Nike Shox concept was seeded well before the BB4's release. The idea, hatched first in 1984, was ahead of the curve, necessitating foam that hadn't been invented yet. Still, the notion of Shox resurfaced at the tail end of the 1990s, piquing the interest of Eric Avar and the design team as a visually expressive technology with significant performance value.

By letting the newly engineered Nike Shox do the talking, Avar knew that there was no point trying to downplay the sole on a shoe like the BB4. “I believe every shoe should have one bold, iconic expression to it," he says. "Sometimes you can get away with two. Any more than that and it gets too busy and you just don’t know where to focus, functionally or aesthetically.”

The Nike Shox BB4’s look was informed by its space age concept. A rocket and booster-like appearance was prepped for blastoff and served to amplify the explosive potential of the columns. The upper was designed for intergalactic exploration, too, as Avar and the others at mission control researched astronaut apparel. “The upper was inspired from some space suits at the time. We kept it simple and understated, but modern with a slight iridescence and reflectivity,” he says. 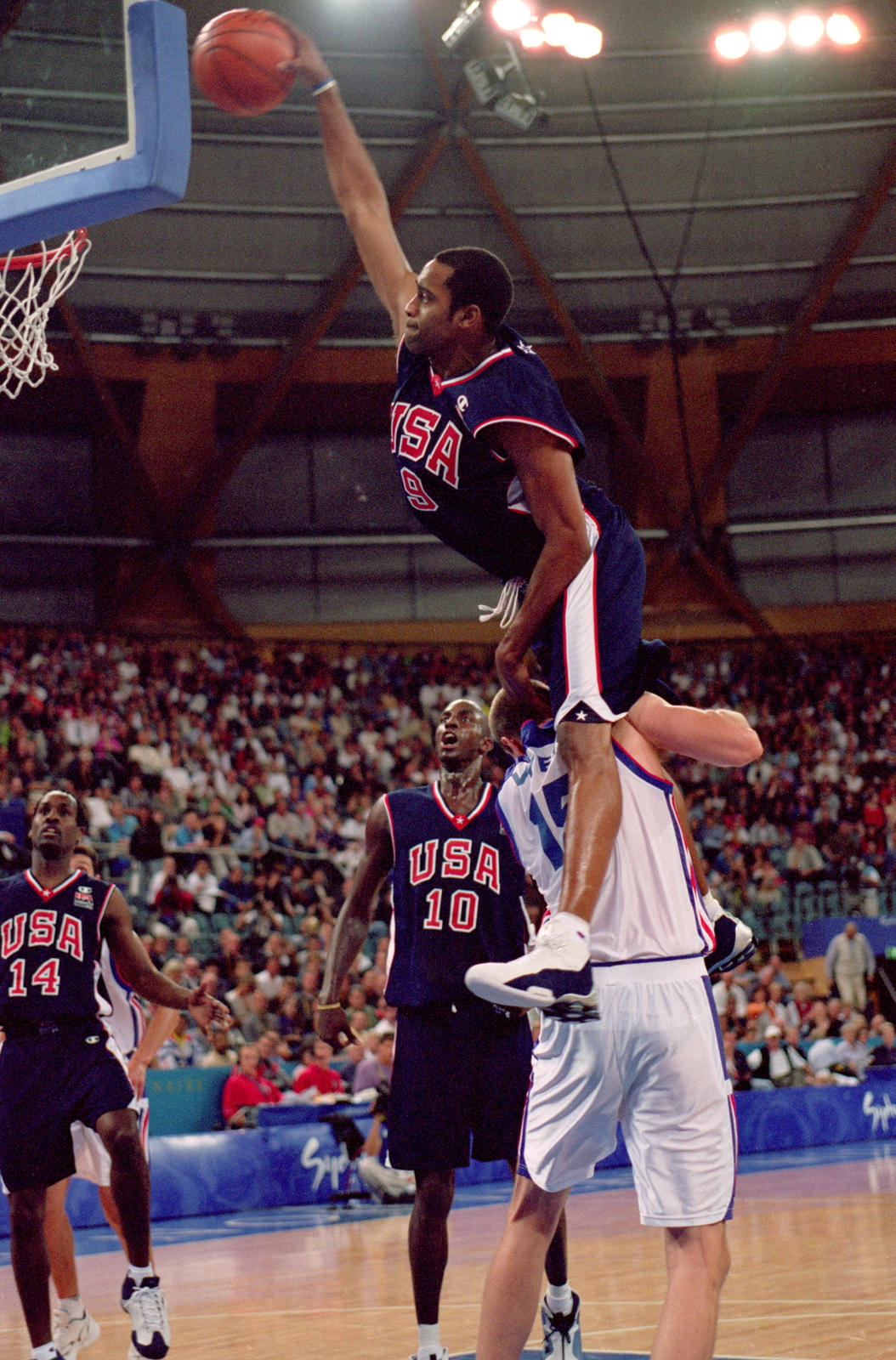 One of Carter's iconic career highlights in Sydney in 2000.

For Carter, the BB4 made immediate sense. He saw how it connected to his game, anticipating how the design, the performance and the associated commercials all would combine to create a moment in history.

"Getting the opportunity to debut a new technology was a no-brainer to me. It made sense with how I played," says Carter.

His flare for the unimaginable, that dunk in Sydney, put it over the top.

Carter will wear the Shox BB4 during the rest of the NBA season, an ode to the era that positioned his status as an icon and one where he made players around the globe believe that they, too, could take off.