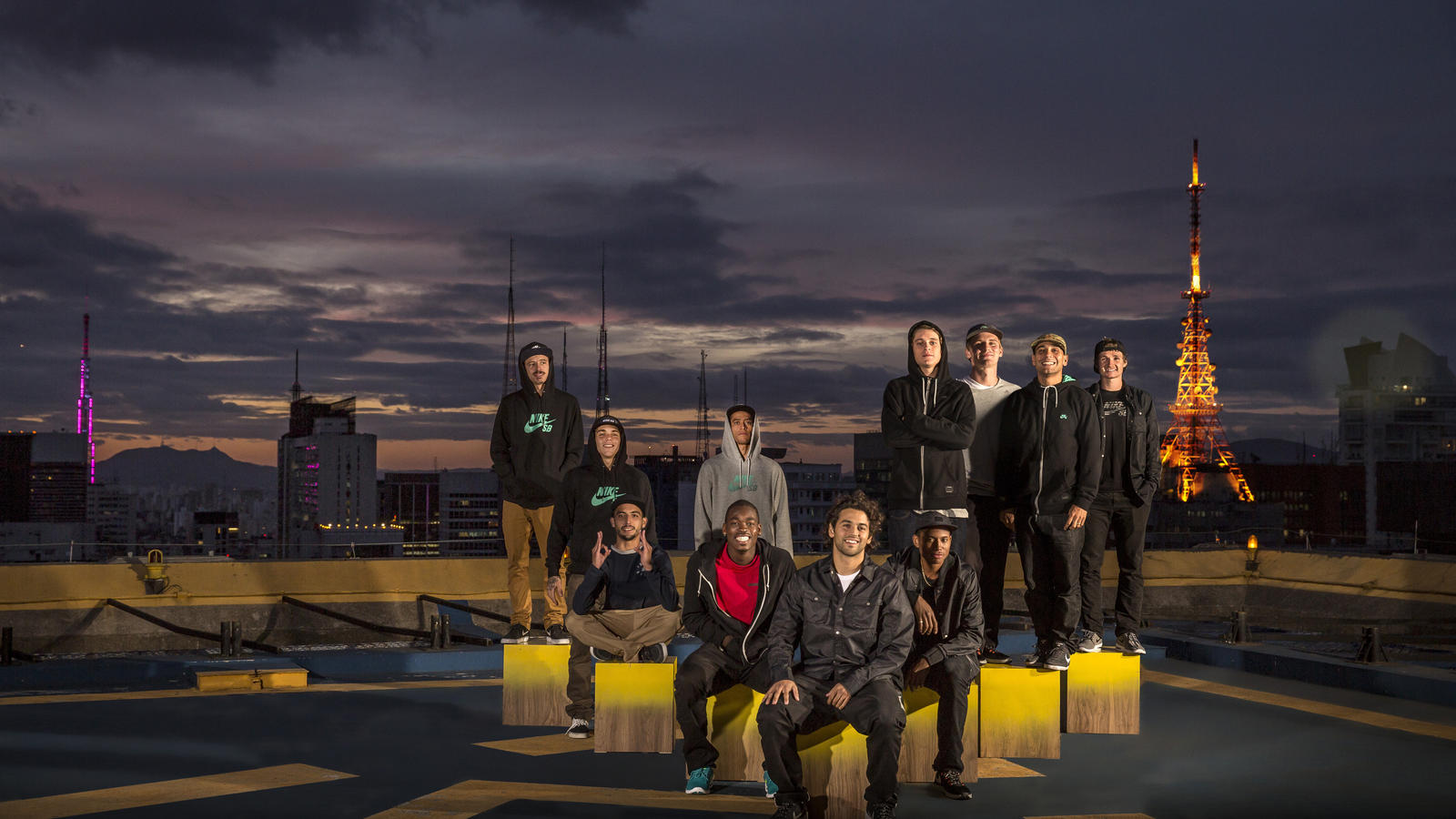 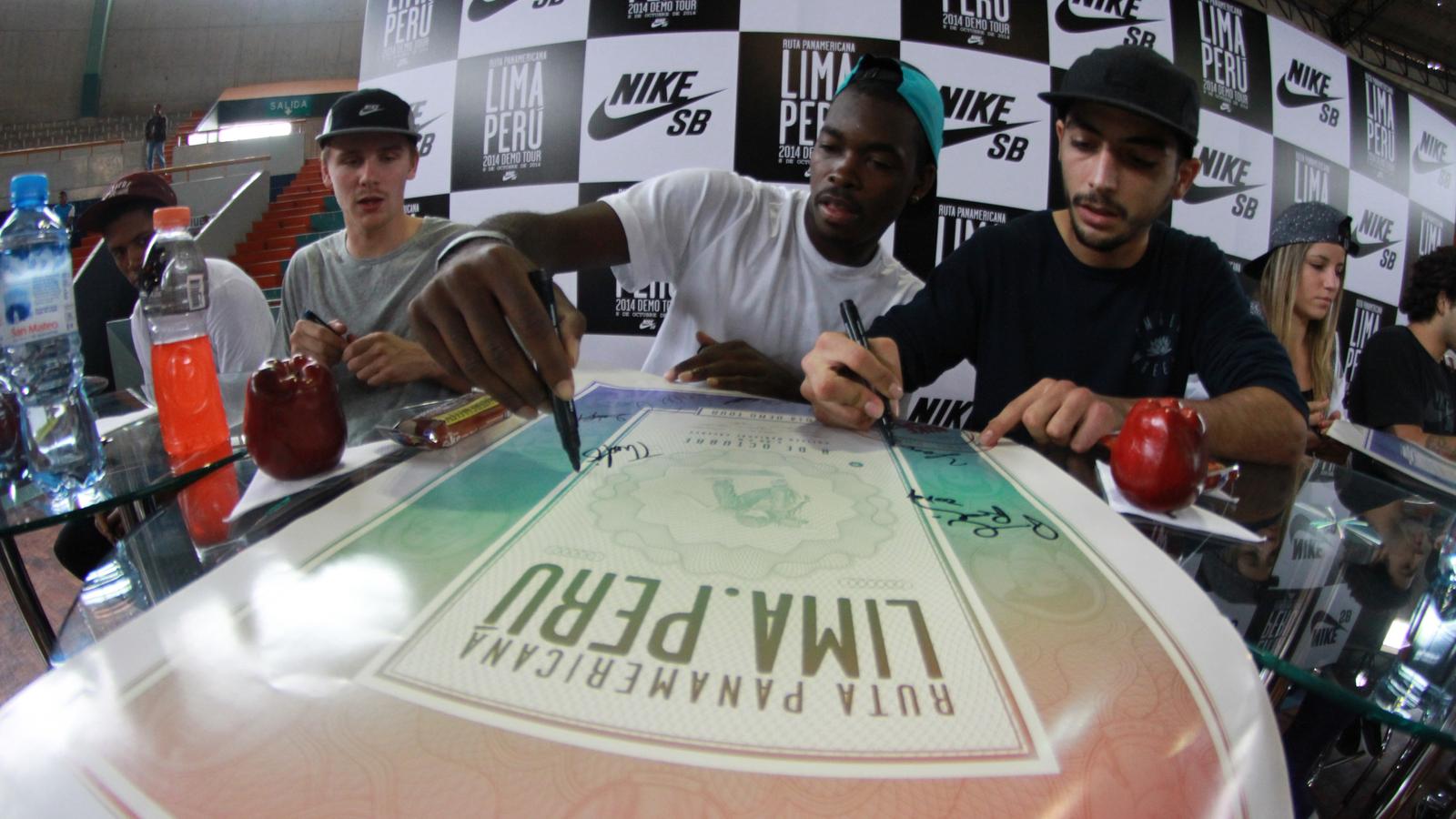 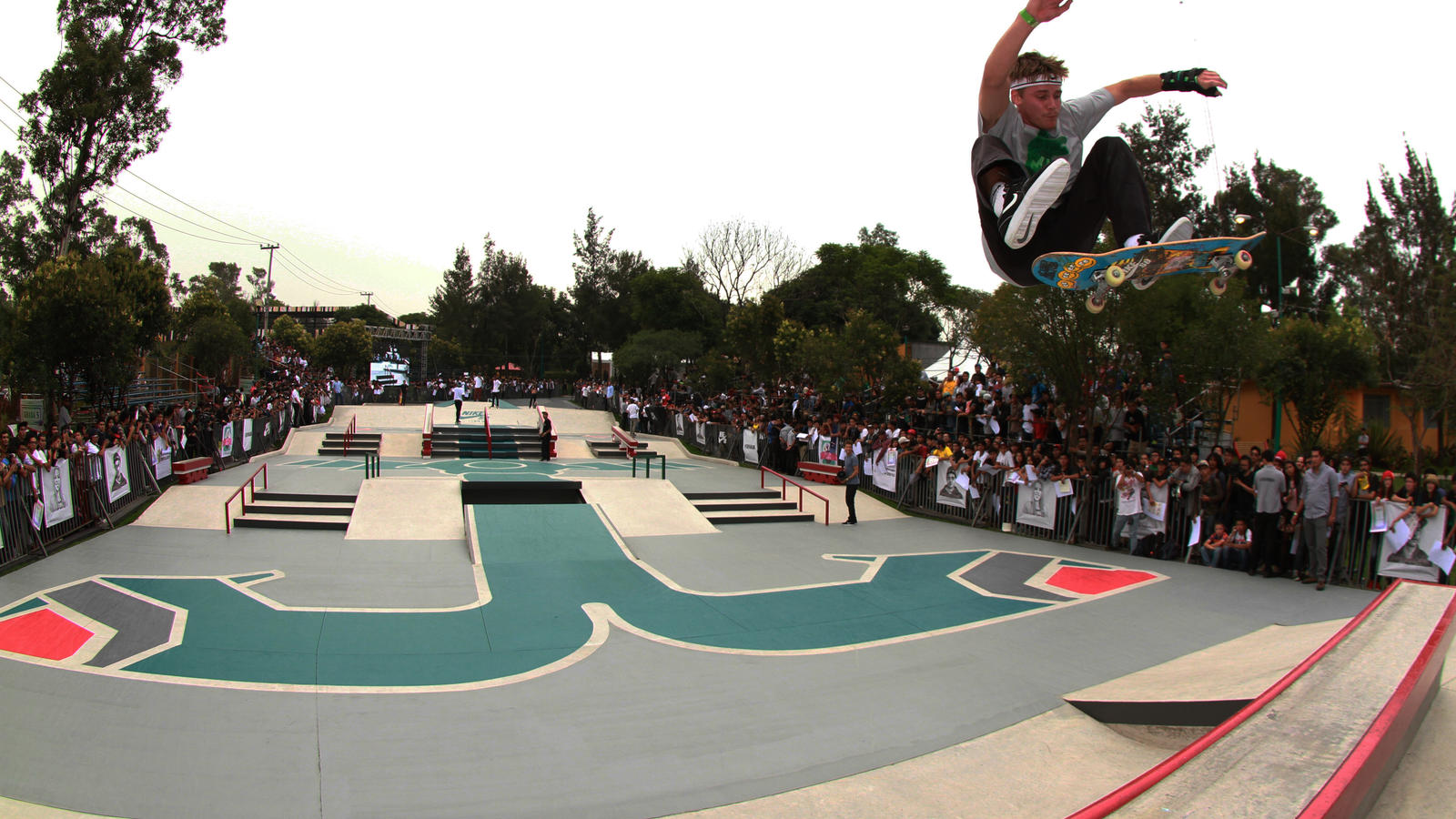 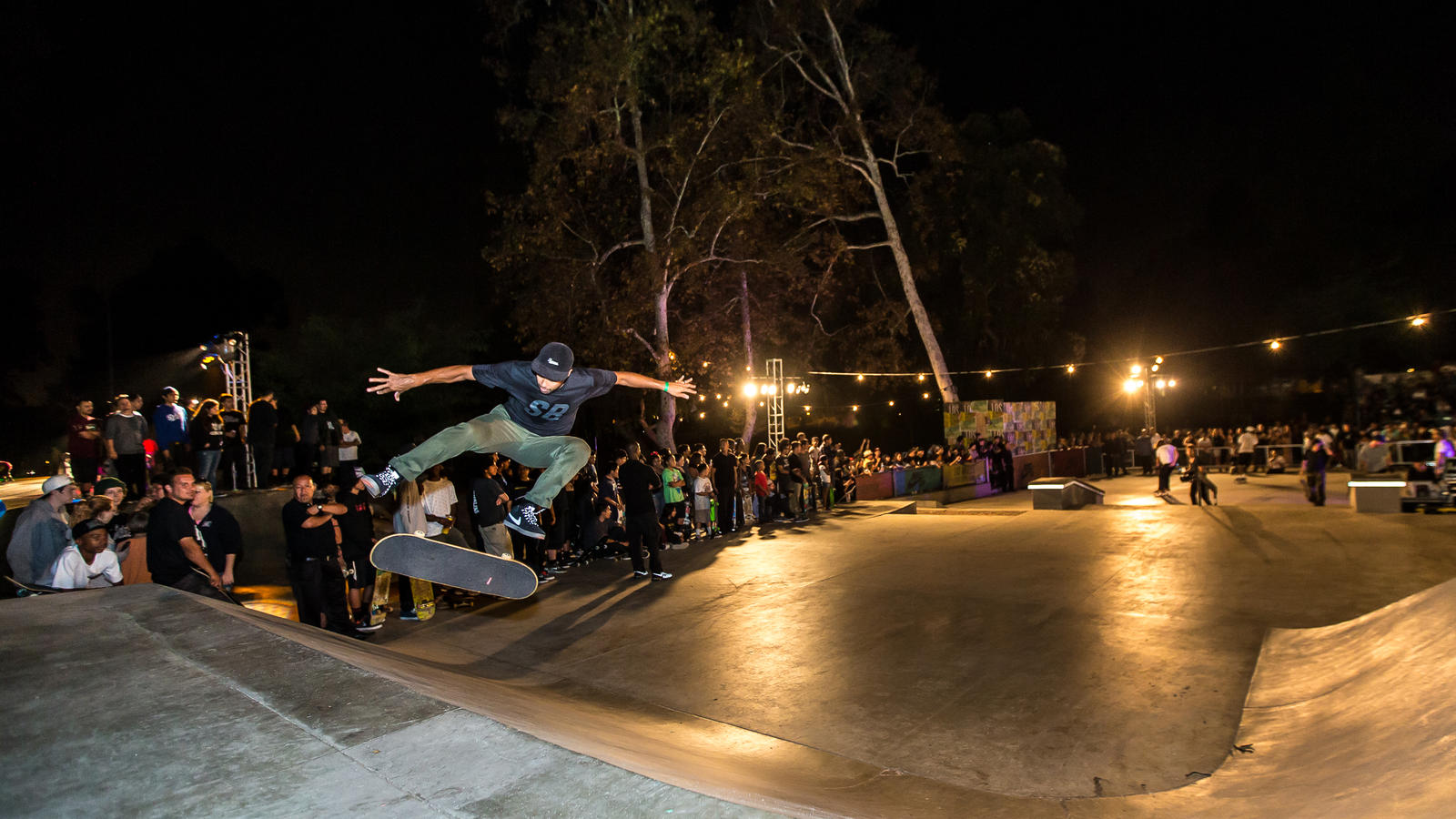 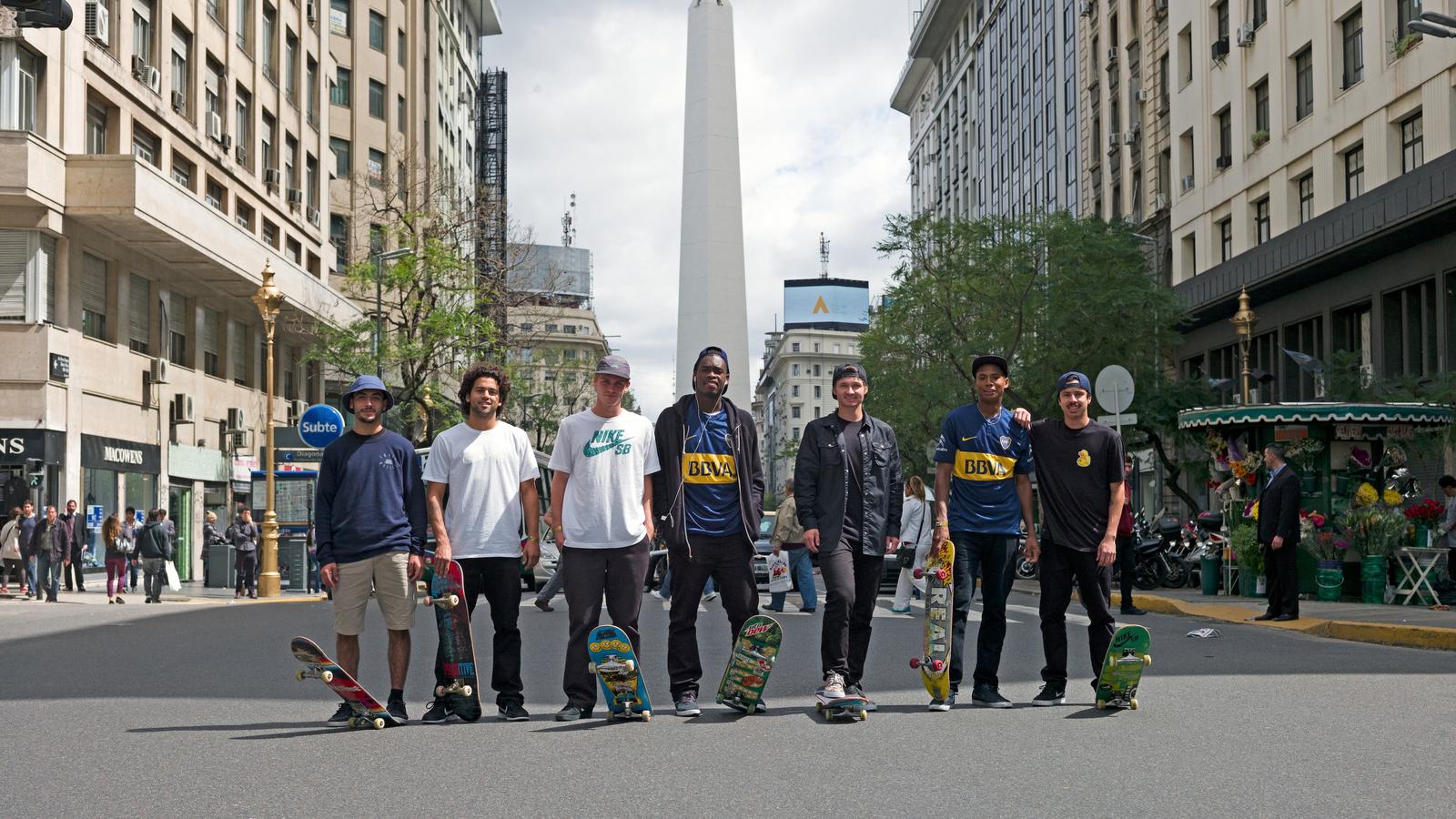 The world of skate has finished one of its most epic weeks ever in Latin America. Nike’s first-ever Pan-American Highway tour began Oct. 4 with an exhibition in Sao Paulo, Brasil, and from there took the five-day-long, non-stop roadshow through Buenos Aires, Lima and México City, before a final stop in Los Angeles. At jam-packed venues across the region, thousands of young skaters celebrated the rich skateboarding culture of the region.

“The Nike SB Pan-American Highway Tour brought our top global and local riders to some of the most exciting skateboarding destinations in Latin America. Over 20,000 kids participated in the five events, and six million viewed the content covering the Tour via social media. With the launch of the Nike SB App in Portuguese and Spanish later this month, we hope to continue our commitment of inspiring and supporting skateboarders around the world,” said Melanie Strong, Nike SB Senior Director of Global Brand Marketing.

In Sao Paulo, on opening day, more than 2,000 skaters flocked to Campo de Marte, a hangar transformed into a temporary skate park within the iconic Paulista airport. Top Nike riders including Paul Rodriguez, Luan Oliveira, Ishod Wair, Shane O’Neill, Youness Amrani, Theotis Beasley and Karsten Kleppan participated in an exciting demonstration with local skaters that gave them a feel for the unique energy, skills and passion of fans across the region.

At the next stop, under a gray and menacing sky, an enthusiastic crowd of more than 1,500 fans gathered to celebrate the art of Nike’s global riders, along with Argentine and Chilean riders Paris Laurenti, Christian Bica, Mathias Torres and Juan Carlos Aliste. The exhibition took place at Tecnópolis, one of the best venues in Buenos Aires. The event started with a demo by members of the Honor Roll program, who used the moment to unleash their skills and passion.

The energy grew even more powerful when the roadshow travelled to Lima, Perú. For the demo at the Coliseo Mariscal Cáceres, the crowd lined up along eight blocks for a full five hours before the event began.

The tour made its final Latin American stop at Mexico City’s Templo Mayor and experienced a fantastic skate party when 1,100 fans joined the demo. The distinctively Mexican venue, designed to look like an Aztec temple, provided the ideal backdrop for an exciting exhibition that lasted almost two hours and amazed the crowd.

As the Tour concluded in Los Angeles, the roadshow added two special guests from the Nike SB team. Eric Koston and Trevor Colden joined the Tour at the Lincoln Park Skate park, which hosted an athlete meet-and-greet, live music and DJ performances, plus shoe trials, including the Nike SB Flash pack. The scene was completed with Pan-American food trucks stocked with food and beverages from the regions the athletes traveled during the tour.

As part of the tour, Nike introduced the Pan-American Highway Pack, a special collection of P-Rod 8 and the P-Rod Citadel sneakers and tour tees that pay tribute to the strong tradition of skate in Latin America and its connection to Los Angeles as an international mecca for the sport.

The shirts recognize the distinct identity of each city on the tour (Sao Paulo, Buenos Aires, Lima, Mexico City and Los Angeles) and were inspired by the culture, colors, nature and the diversity of the region.

The pack includes P-Rod 8 footwear in two colorways -- black and gray -- with a design inspired by the region, featuring an insole with the map of all the cities visited by riders on the tour, calling out highlights of each location. The pack is available at selected stores across the region.