Any skateboarder who has watched skate videos on repeat between skate sessions remembers the track listings, the lyrics, the sample, the skater and the lines. The music has always mattered. The band De La Soul played a key role in the soundtrack of skating over the years.

Opening minds to the possibilities

Hailing from Long Island, N.Y., De La Soul released its debut album, “3 Feet High and Rising,” in 1988. The album represented a freedom and creativity that still echoes in a new generation of rappers, producers, artists and skaters. The three band members, Posdnuos, Dave and Maseo, delivered a debut platter that opened minds to the possibilities of where hip-hop could go with its patchwork of unlikely samples and sophisticated, unorthodox lyricism.

First introduced in 1985, the Nike Dunk was appropriated by skaters and shoe connoisseurs alike before its 2002 rebirth as the Dunk SB. The members of De La Soul were early champions of Nike’s most coveted cult classics such as the Nike Air Safari, and no strangers to the colorful Dunk. Their tacit appreciation of what makes a shoe great makes them perfect partners for a Nike collaboration. 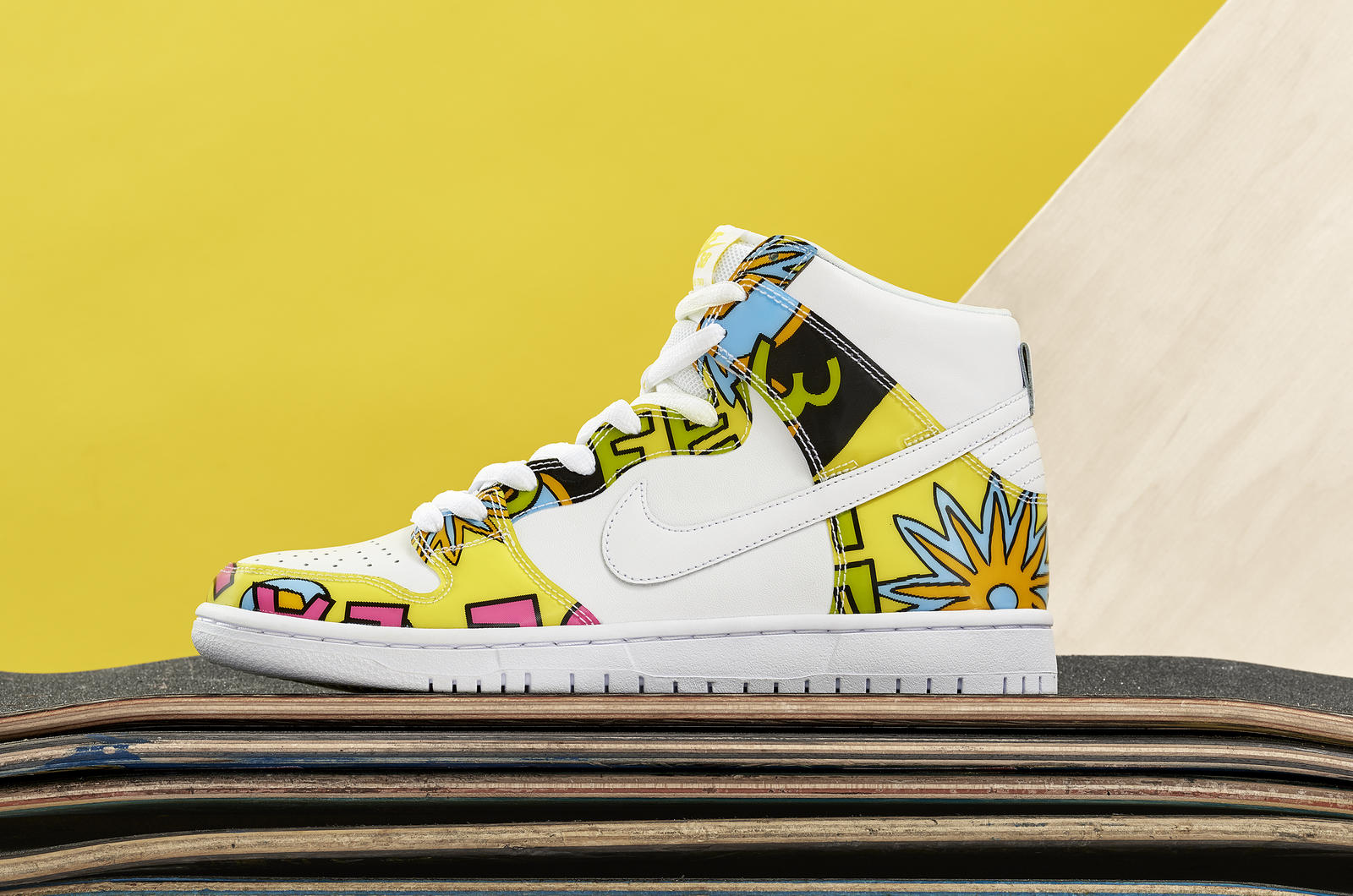 Pos has been a fan of the design for some time: “I was a Nike Cortez guy when I was in high school trying to pop and breakdance,” he says. “I finally got into the world of Dunks once I was in De La Soul.”

With Nike shoes on their feet and an unpredictable blend of bold and rugged personal expression, De La Soul kept evolving musically — always unsettled and always fearless. From their equally inspirational New York family to the millions of fans whose imaginations they ignited, they sparked a movement. The iconic crew is still honing their craft; evolving an attitude that is present in mixtapes, art and fashion today. 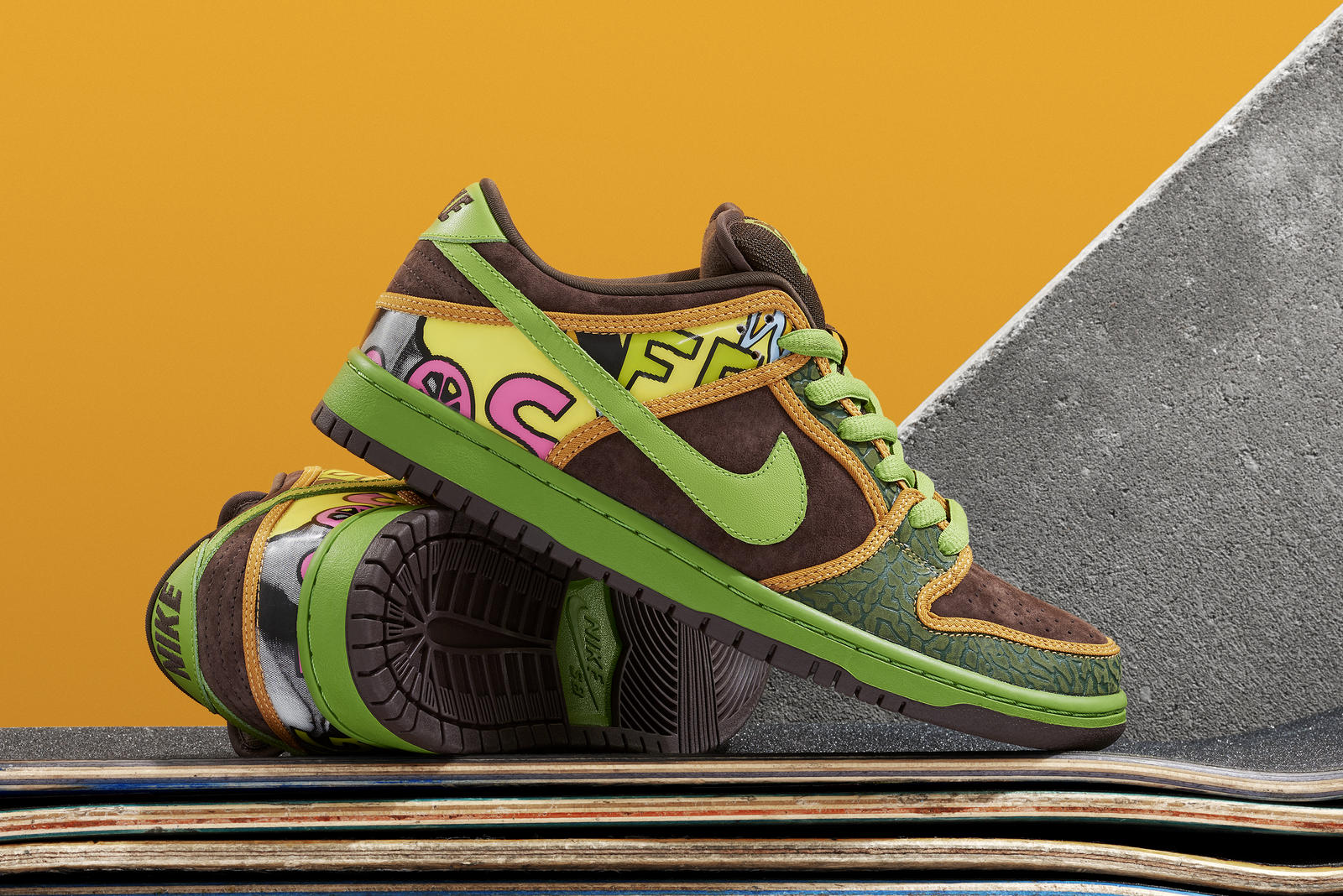 “I was and still am a fan of De La Soul. They were a huge influence on me from the late ‘80s through the early ‘90s,” Koston says. “They were dominant figures in hip-hop. Their album art was awesome. It's something that gets you hyped to skate. Hearing good music gets you into a flow.”

De La Soul’s spirit of hard-edged creativity resonated with skateboarders. Their music soundtracked a multitude of seminal skate videos, evident in  memorable homages on board graphics, Koston — whose early dress sense was inspired by the band’s style — sees the use of their tracks on skate videos as a pivotal moment. “That cemented De La Soul into skateboarding legend status,” Koston says.

“We always felt the need to express ourselves freely from any creative restraint to allow our minds, words and action to go beyond the b-boy perimeter. I would like to think that the people involved in skate culture fell in sync with our music and allowed it to be their theme music, and push them further along their journey,” Pos says. “We were never avid skateboarders coming up, which is more the reason I’m honored that skateboarders, still to this day, come up to us and share what our music means to them.” 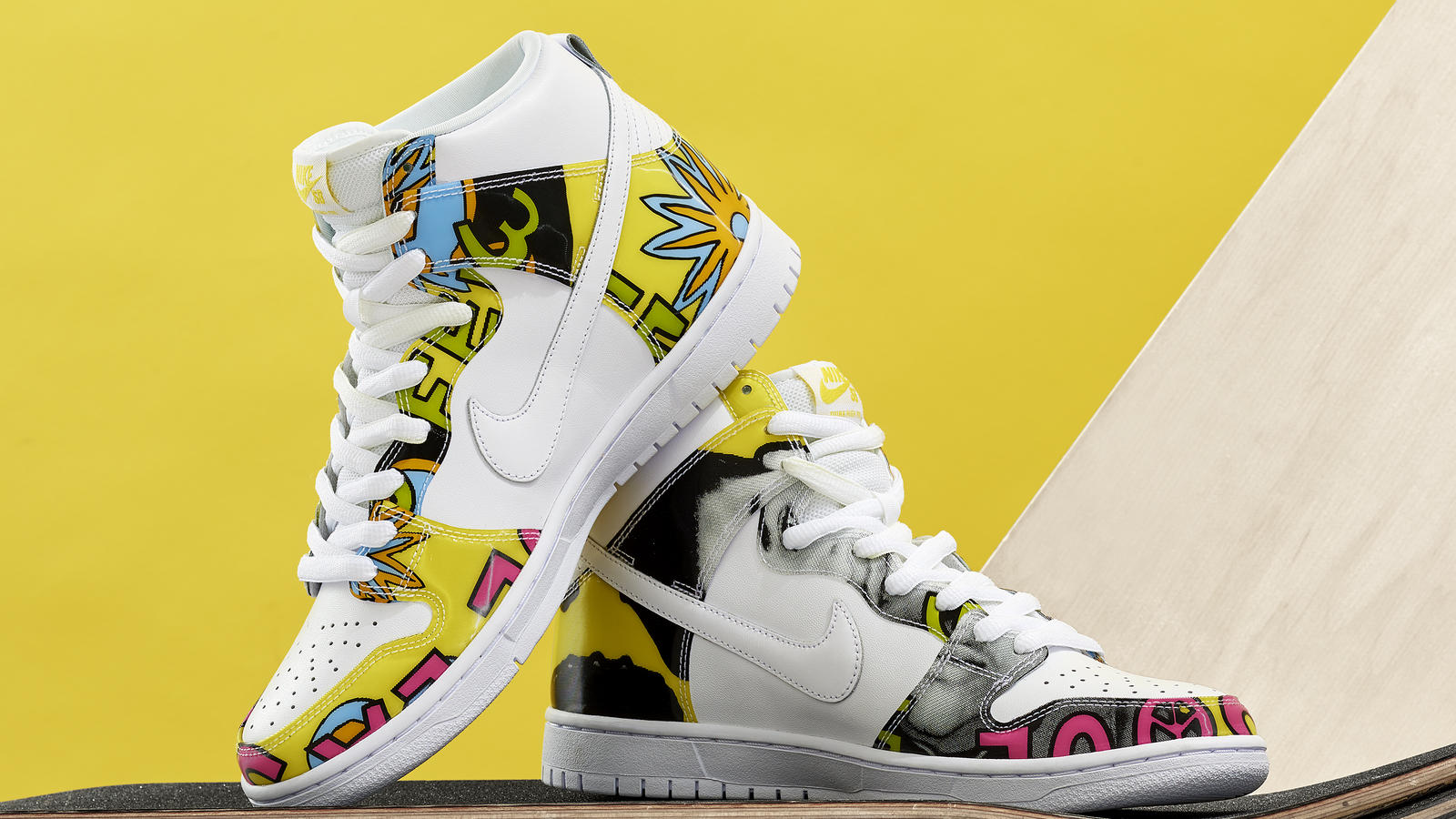 Nike celebrated the connection between skating and hip-hop in 2005 when it released the De La Soul Nike Dunk Hi and Lo project.

According to Pos, the collaboration was rooted in an unplanned meeting,

“We had a show in San Diego and an action sports convention was going on at the same time, so we were invited to come check it out. While walking around at the convention, we passed by the Nike SB booth and the crew spotted us and talked with us for a bit,” Pos says. “We invited them to our gig and after the show they asked if we wanted to make a Dunk. We said, ‘Of course!’ and the rest is history.” 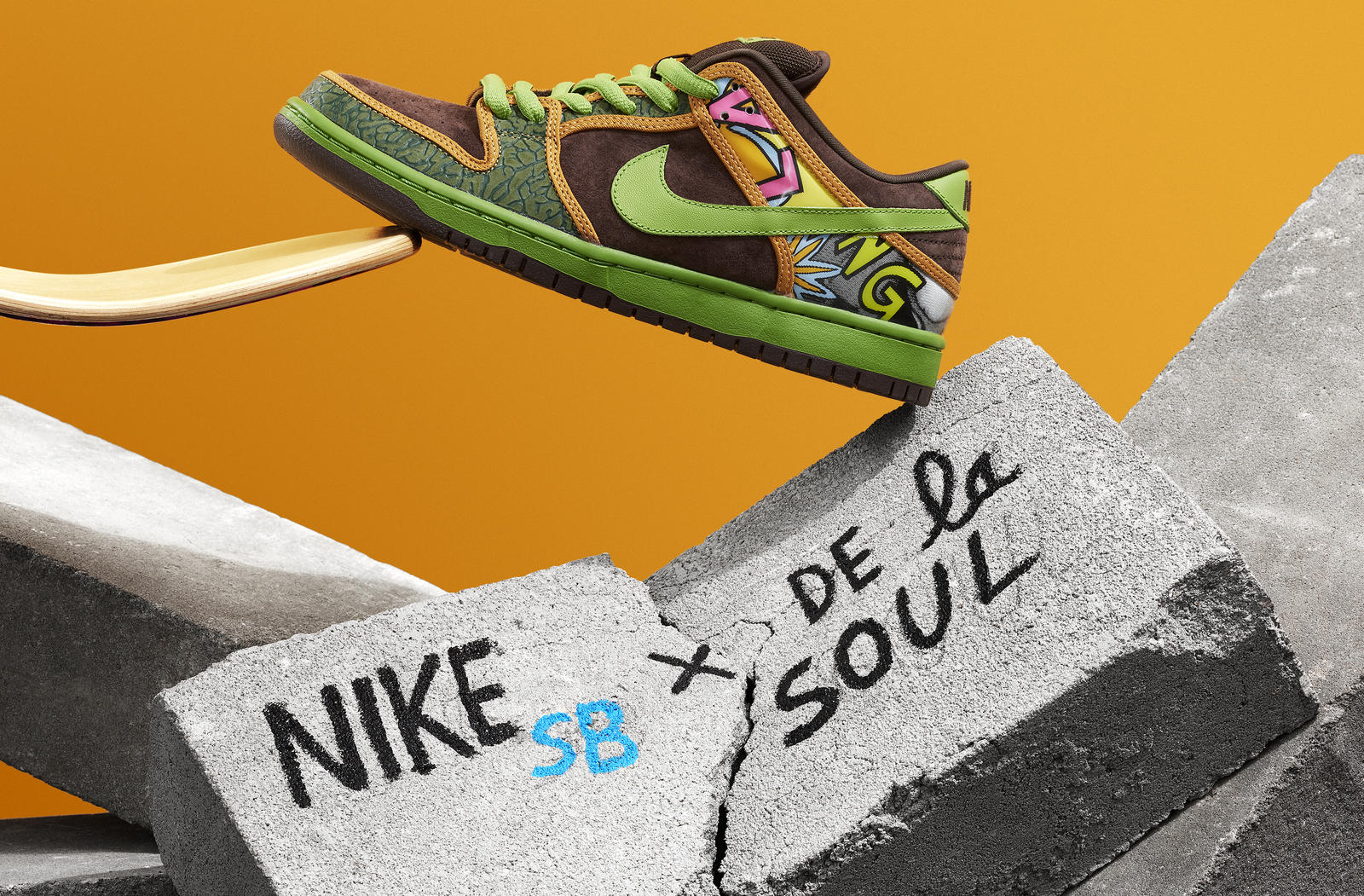 A MODERN TWIST TO CELEBRATE 10 YEARS

Considered some of the greatest Nike Dunk SB designs to date, the De La Soul Nike Dunk Hi and Lo shoes get a reissue with a twist to celebrate their 10th anniversary. The white leather and graphic print of the Dunk Lo now rises to a Dunk Hi silhouette, and the daisy-age pattern and elephant-print emboss of the orginal Hi is applied to a Dunk Lo — a subtle switch that respects the past and nods to the future.

Nike SB x De La Soul Dunk Hi will be available on the Nike Sneaker App on Feb. 12 and globally on nike.com Feb. 13.