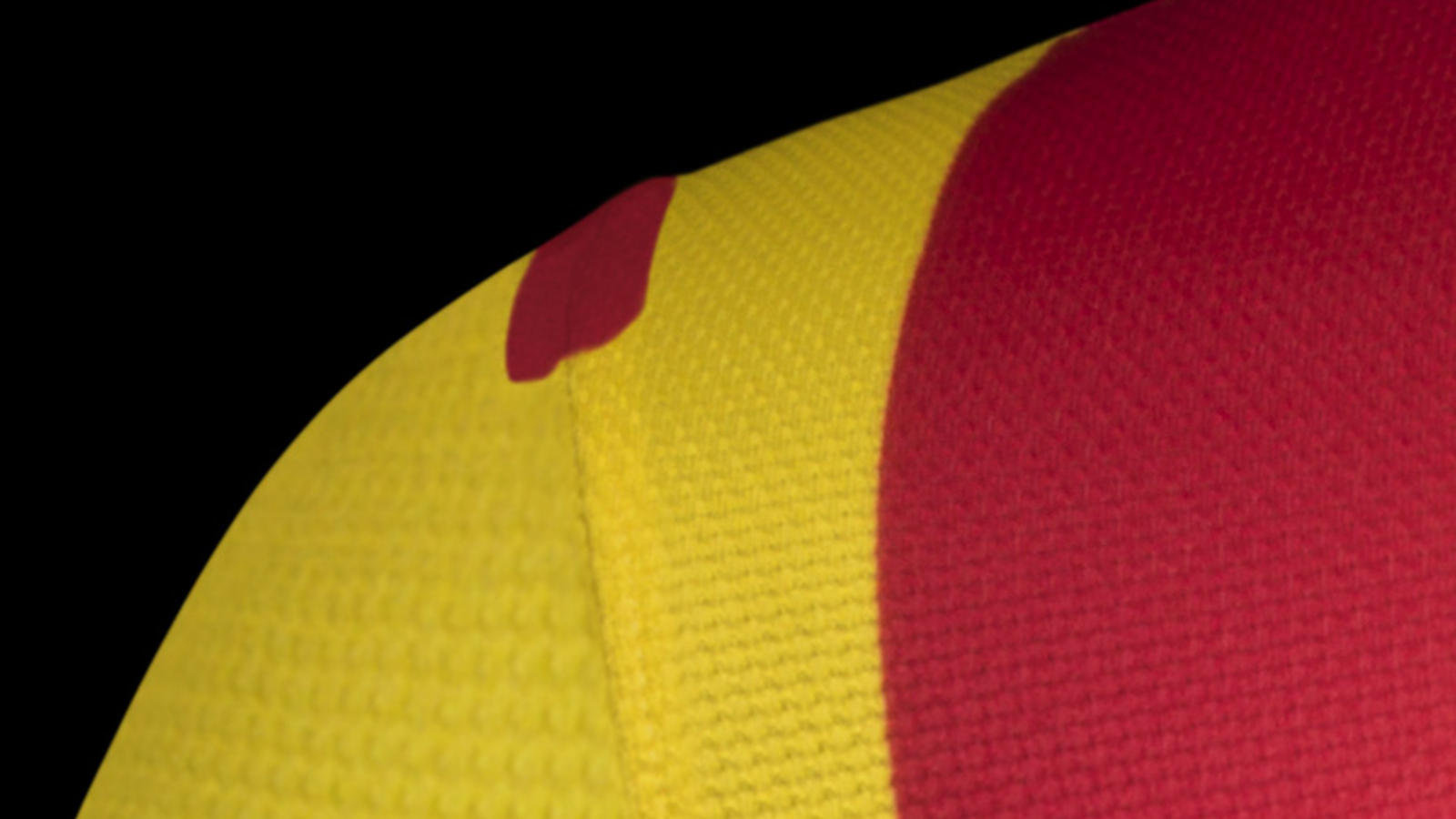 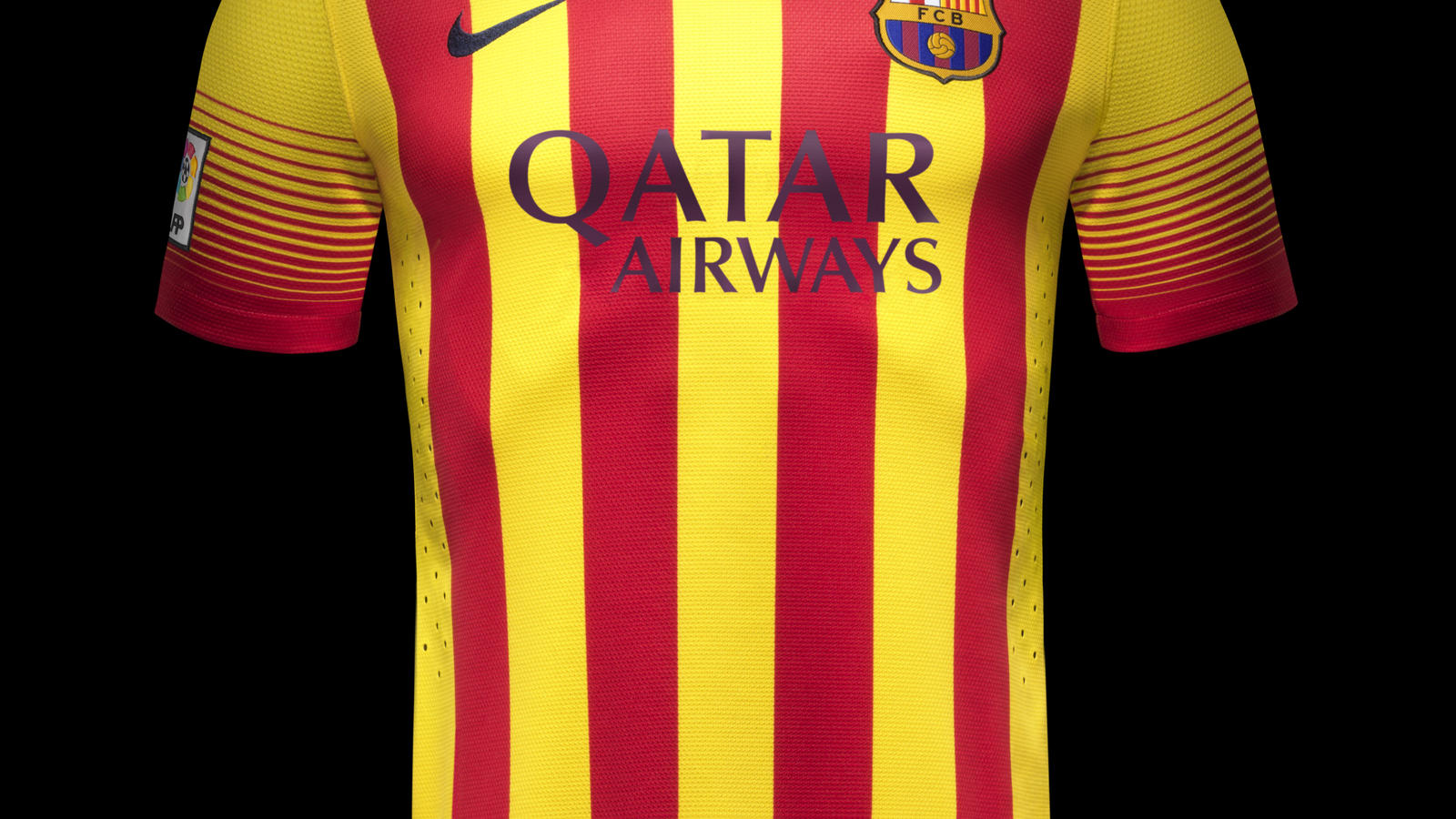 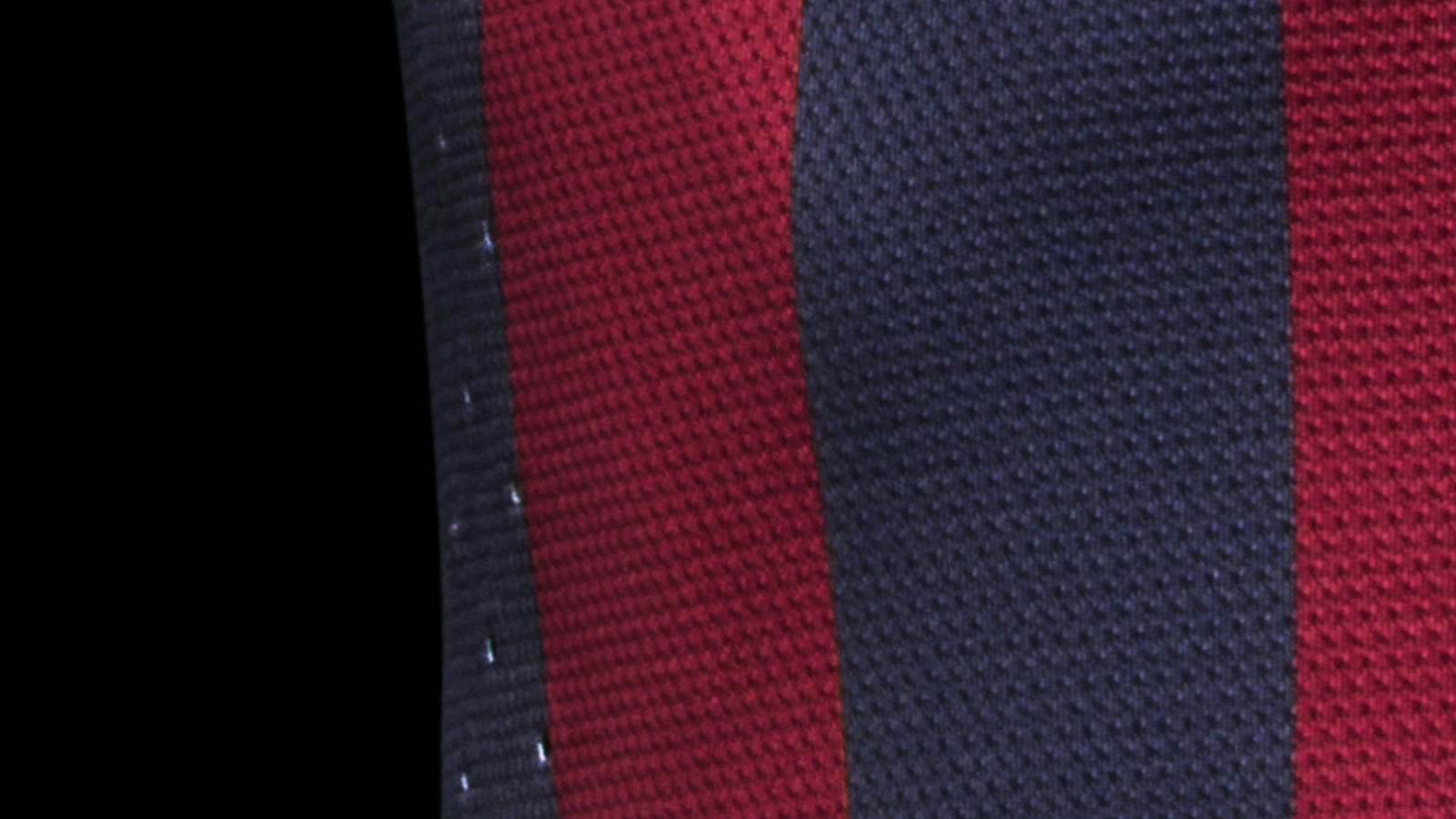 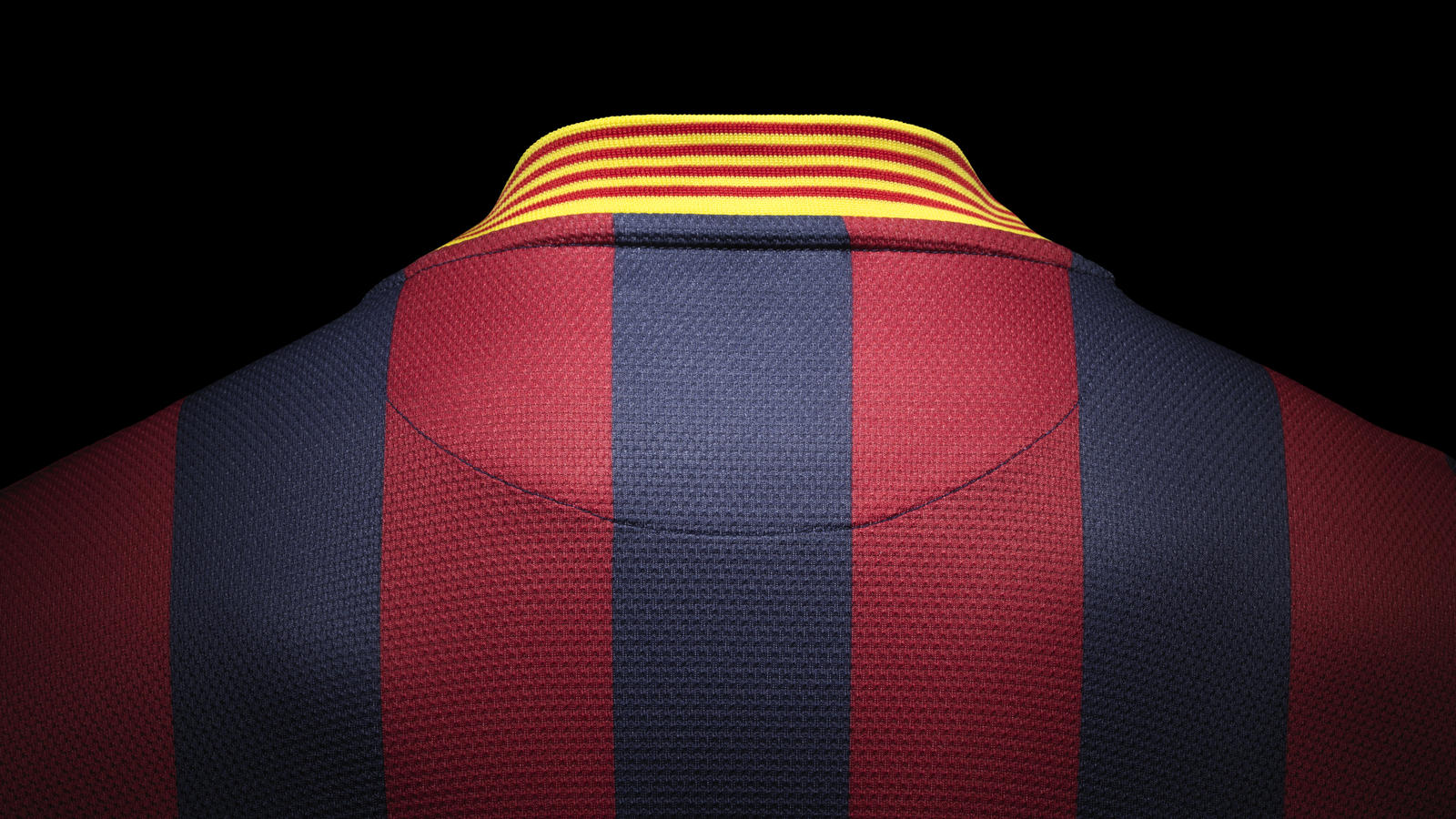 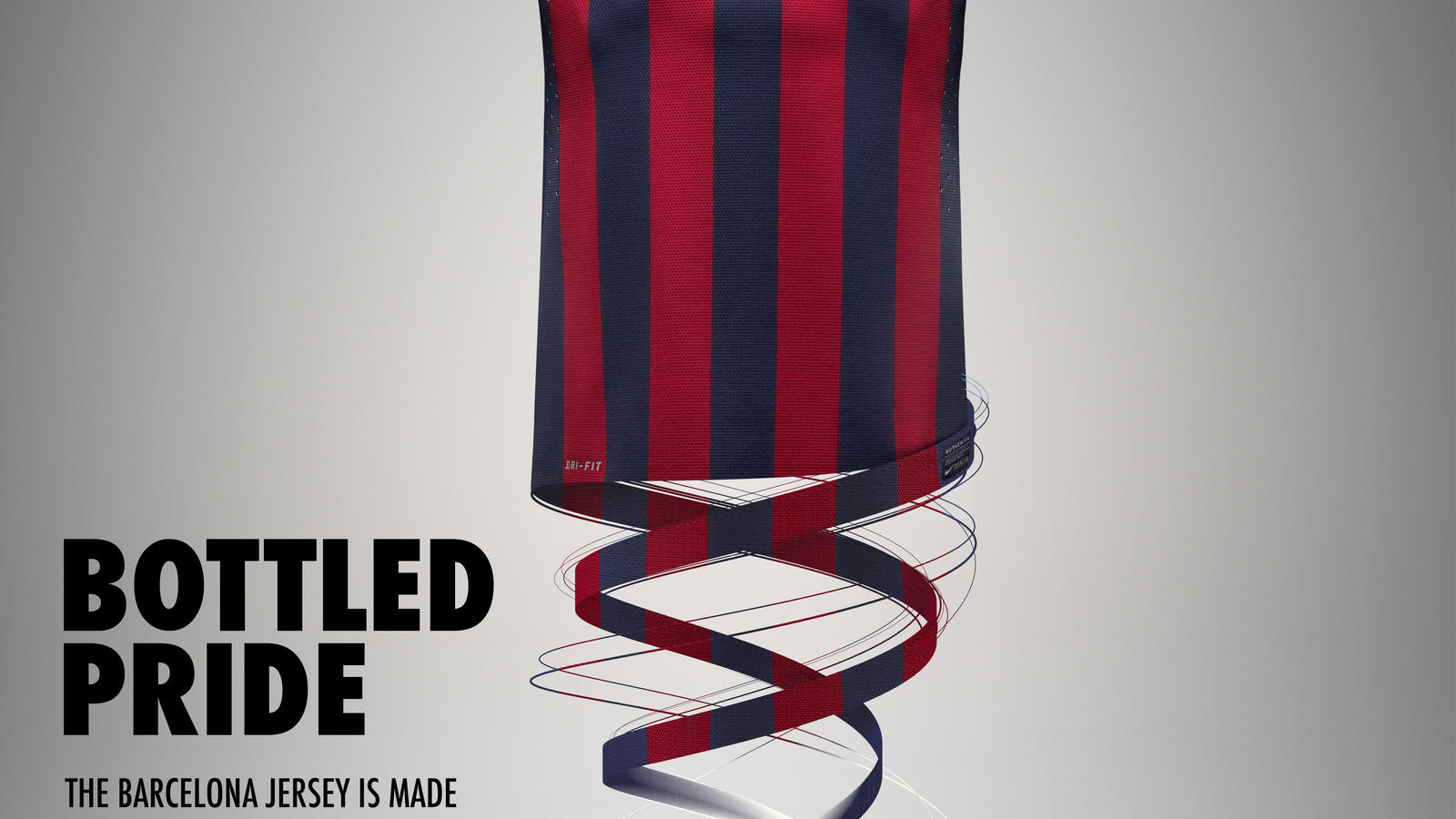 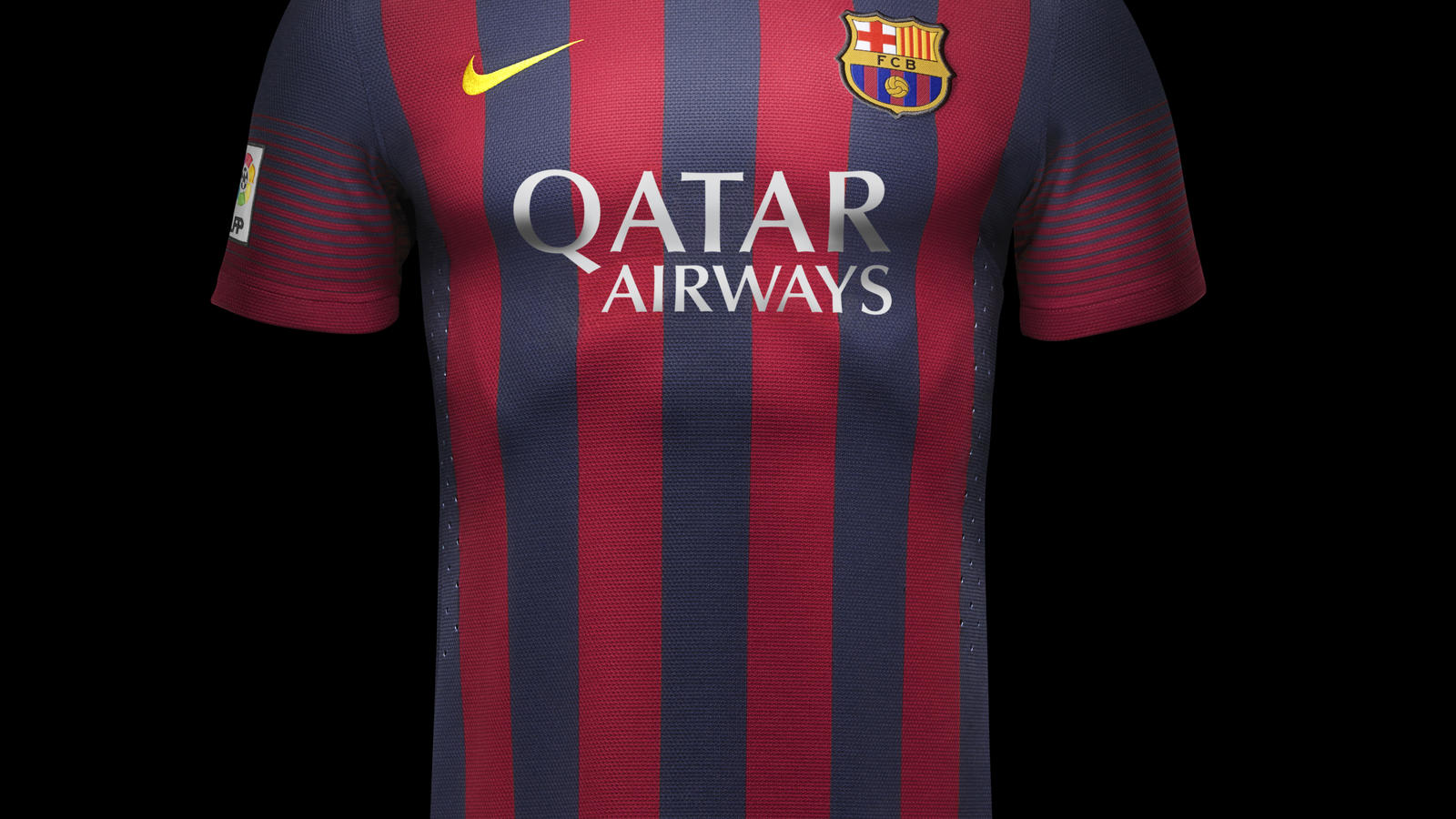 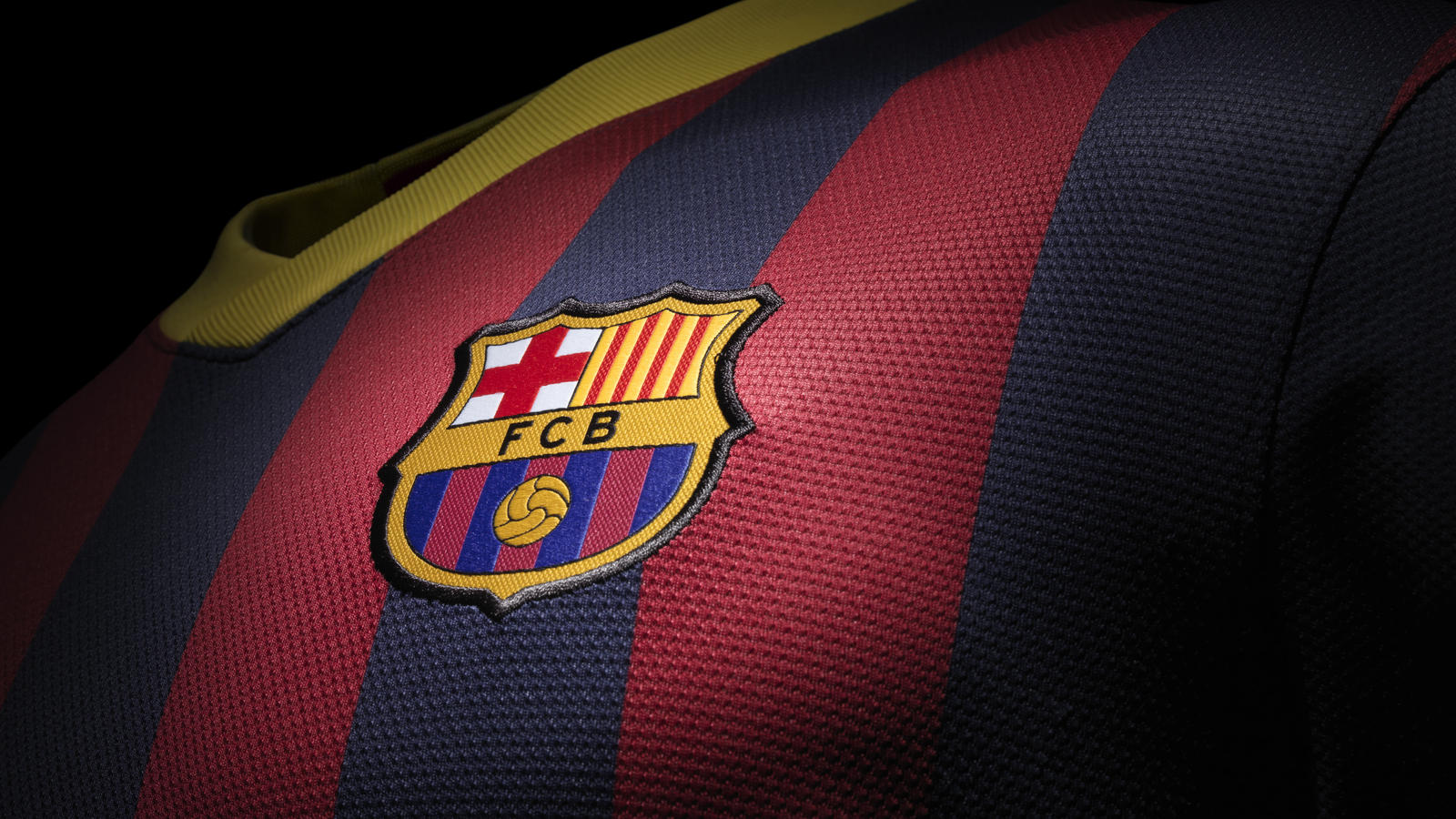 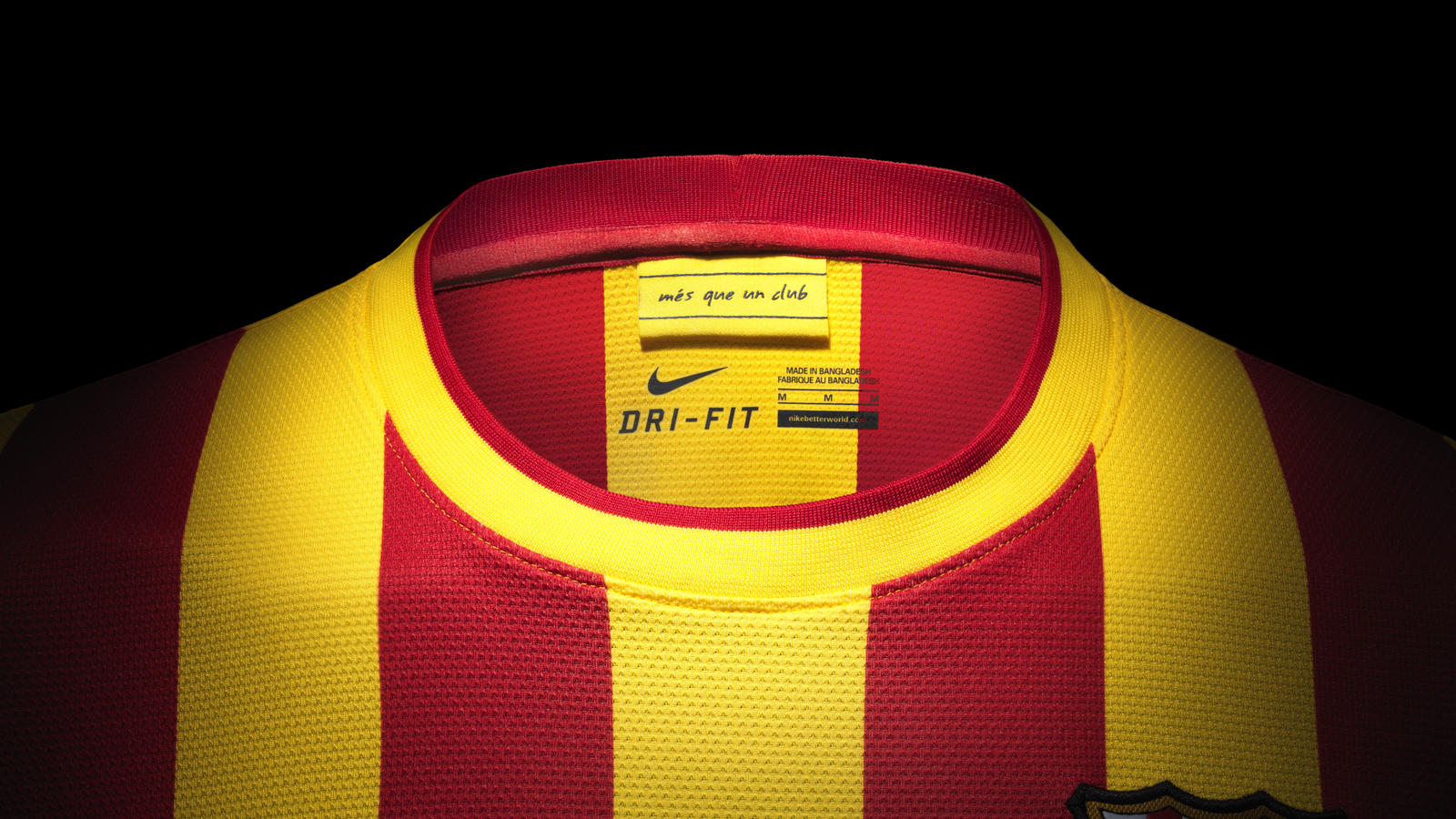 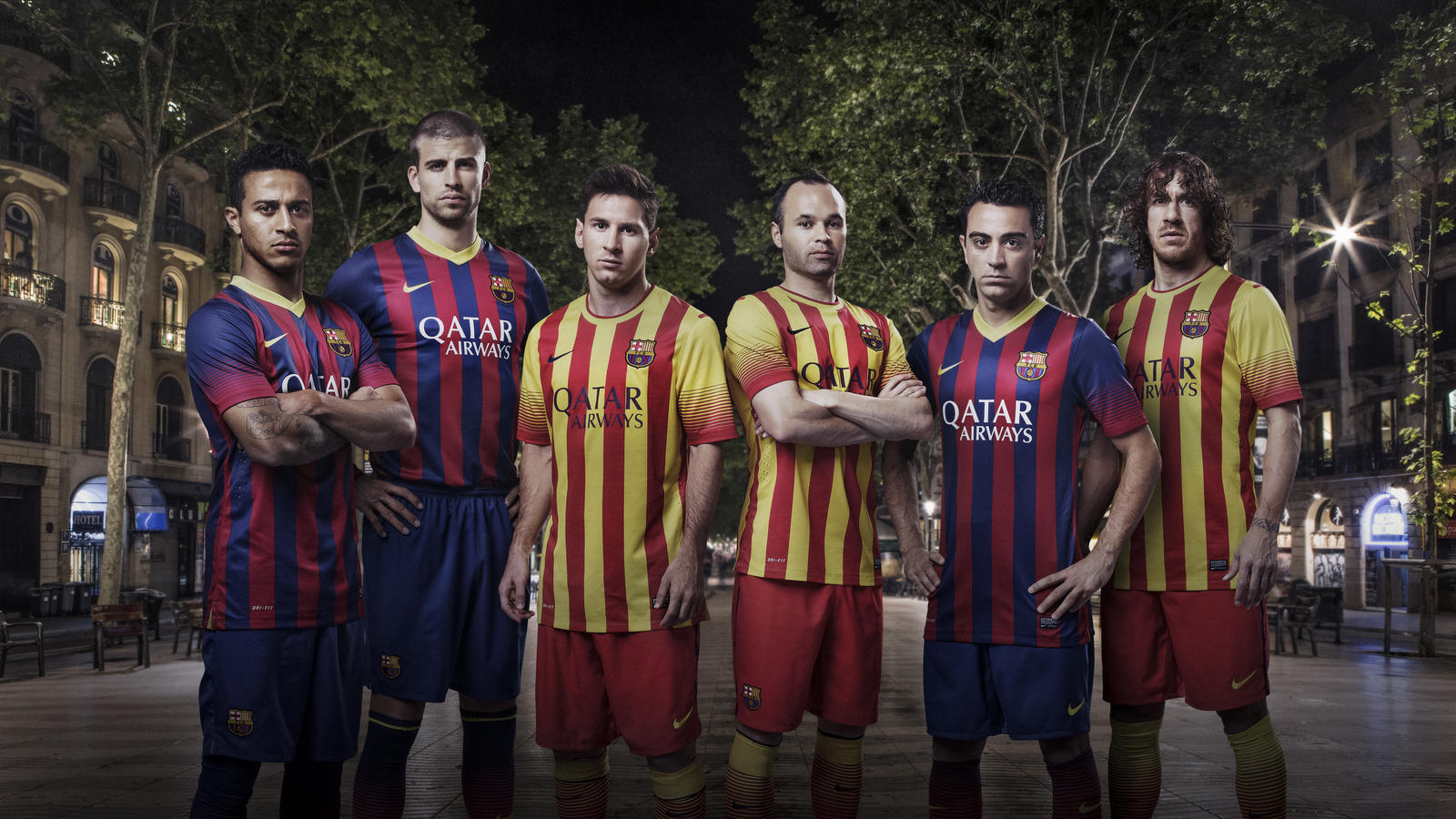 FC Barcelona next season will play in new Nike home and away kits combining the club’s renowned tradition with their modern and progressive approach, creating a distinctly Blaugrana appearance.

The traditional FC Barcelona red and blue stripes boldly return to the new home shirt with a modern graphic fade stripe featured on the sleeves. The shirt reflects the sublime simplicity of FC Barcelona’s style of play, which at first glance appears simple, but is in fact masterfully complex.

The jersey also features a vibrant yellow V-neck collar to represent the Catalan flag, the Senyera, which is also fully integrated in to the back of the collar. The red and yellow stripes of the Senyera also feature inside a side vent on the hem of both sides of the shirt. Inside the back of the neck is a woven label featuring the club’s motto “Mes que un Club” (More than a Club).

The new home shorts are blue, and the socks feature a thin yellow stripe at the top and a graphic red-and-blue stripe repeated from the sleeves.

For the first time, FC Barcelona will play in an away kit featuring the red and yellow of the Catalan flag — the Senyera — as the club’s traditional stripes.

The away shirt features a yellow-ribbed crew neck with red trim, amplifying the design of the home shirt. Bold yellow and red appears as the traditional stripes on the body and in the fade stripe on the sleeves. Inside the back of the neck is a luxury woven label featuring the club’s motto “mes que un club” (more than a club).

The new away shorts are red, and the new away socks feature a thin red stripe at the top and the same yellow and red fade stripe from the sleeves fully engineered into the sock.

The kit showcases Nike’s belief in style, craft and strong aesthetics, while aiding the performance of players with key technological features.