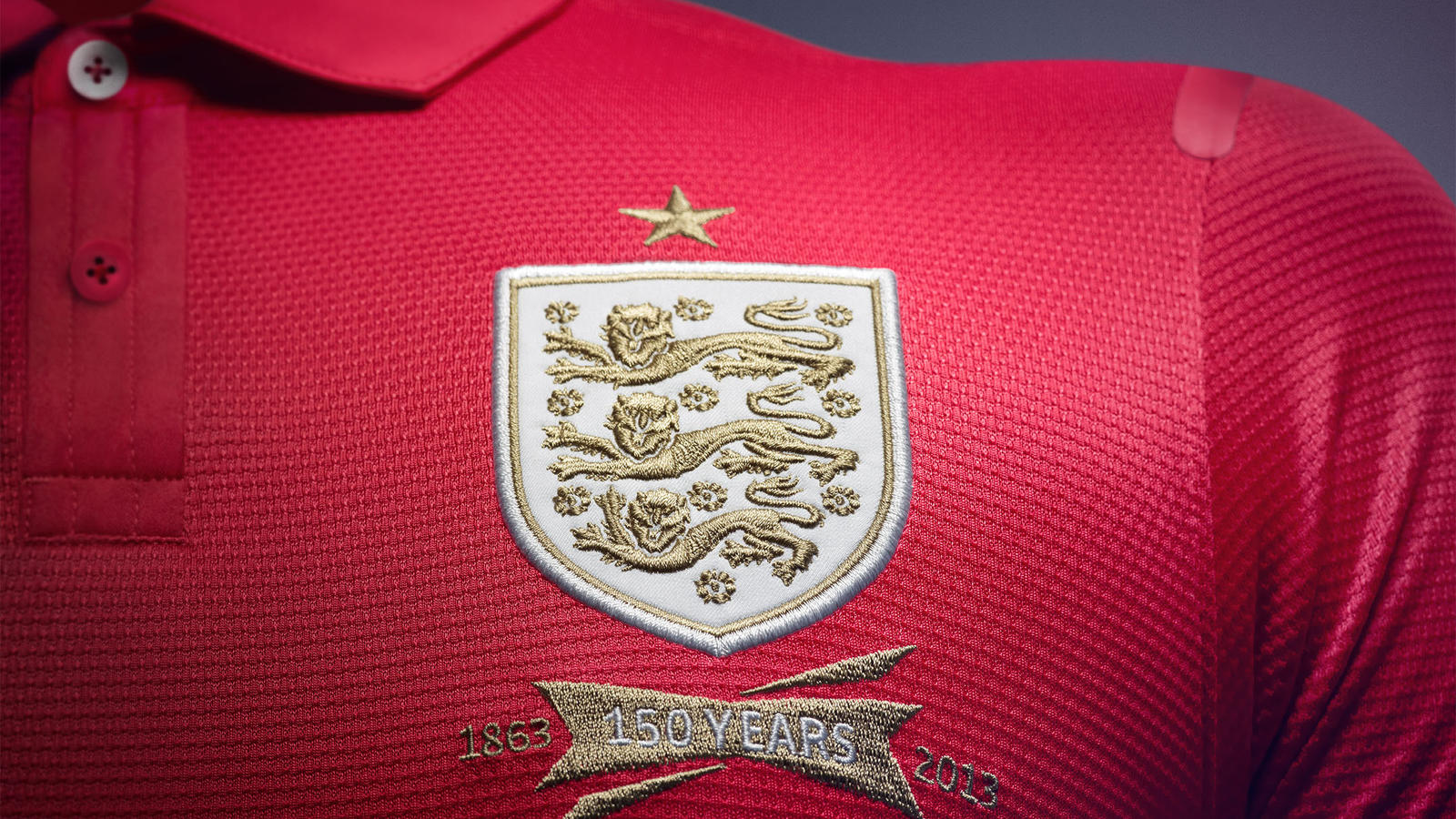 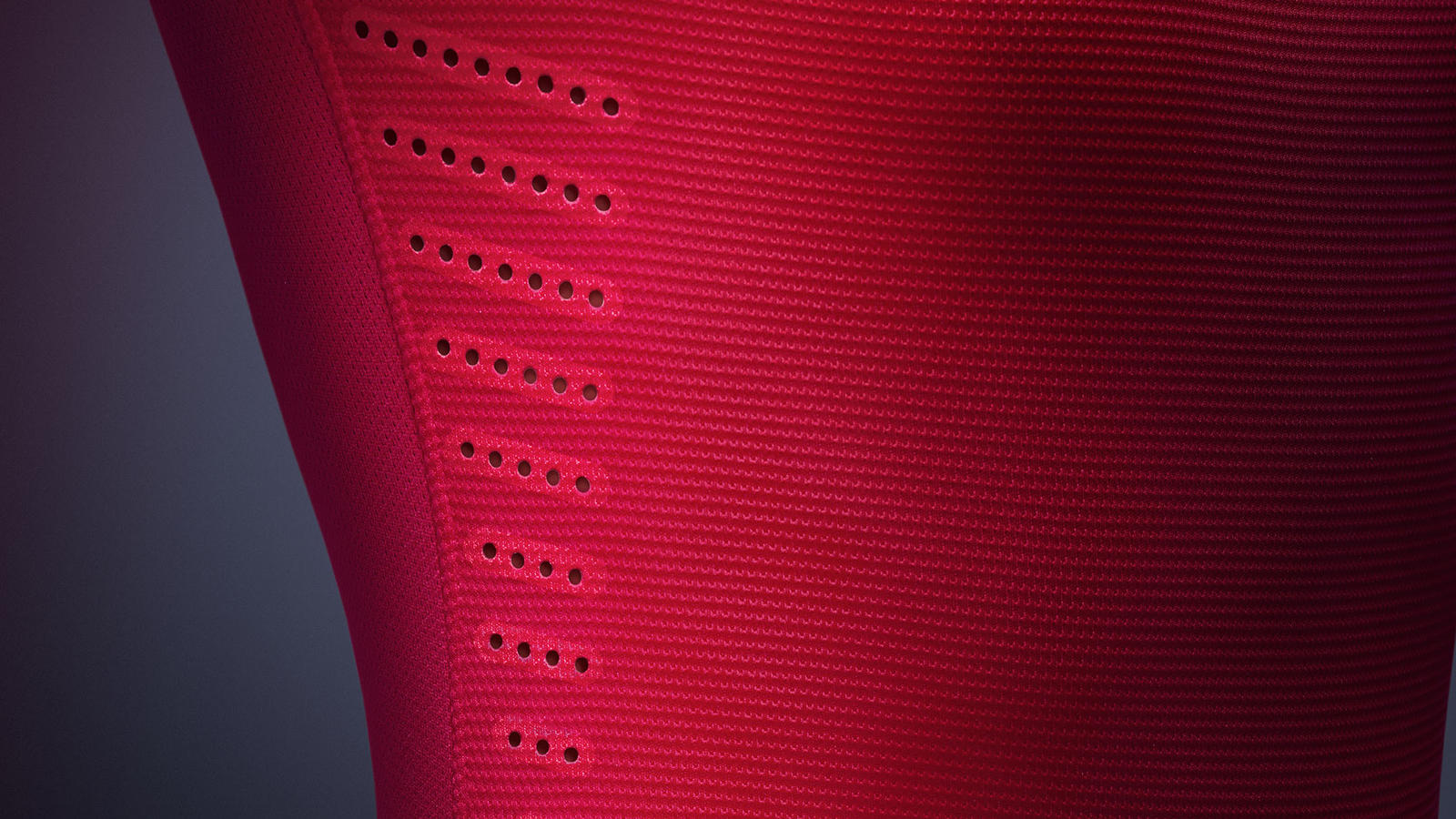 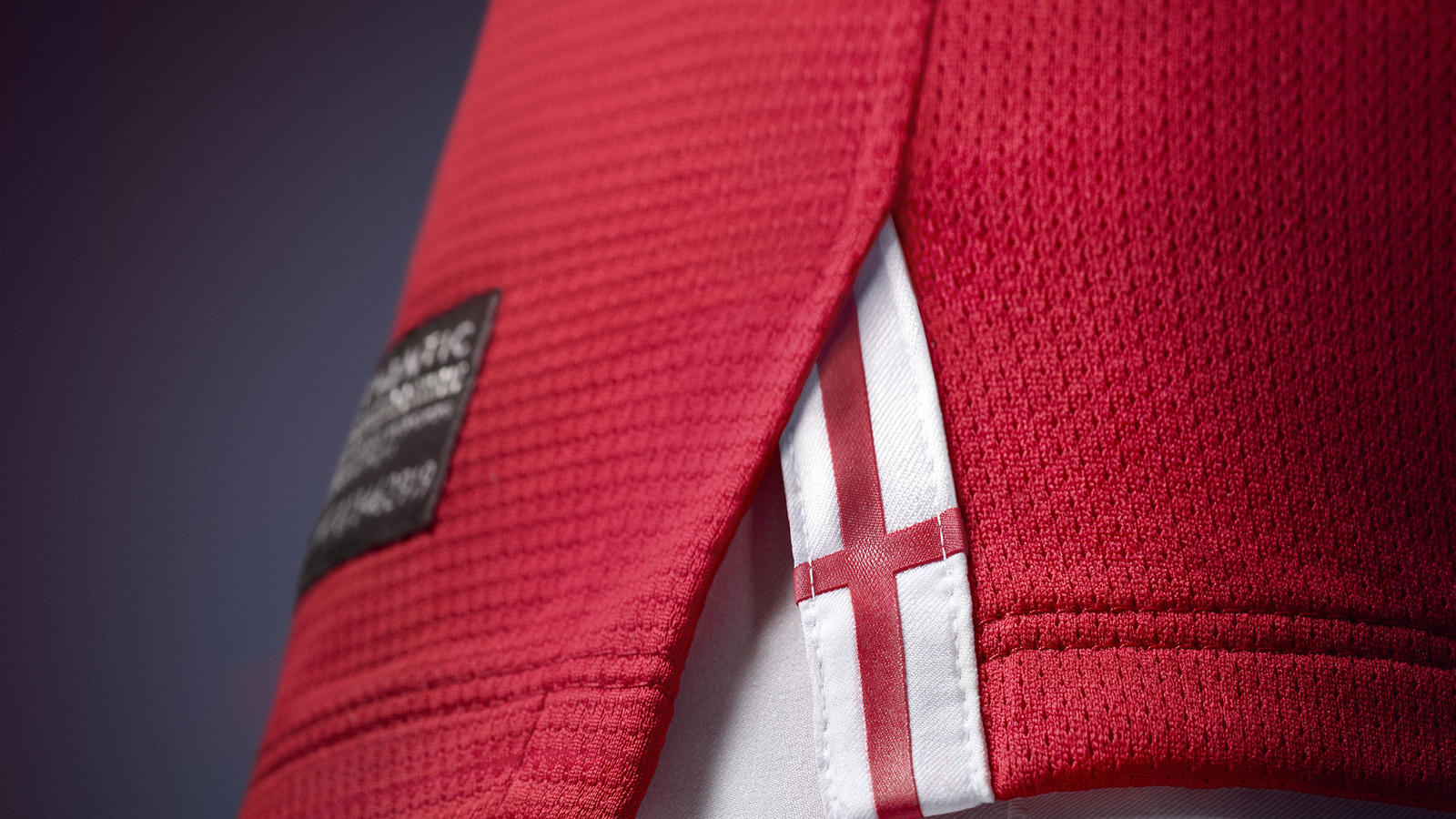 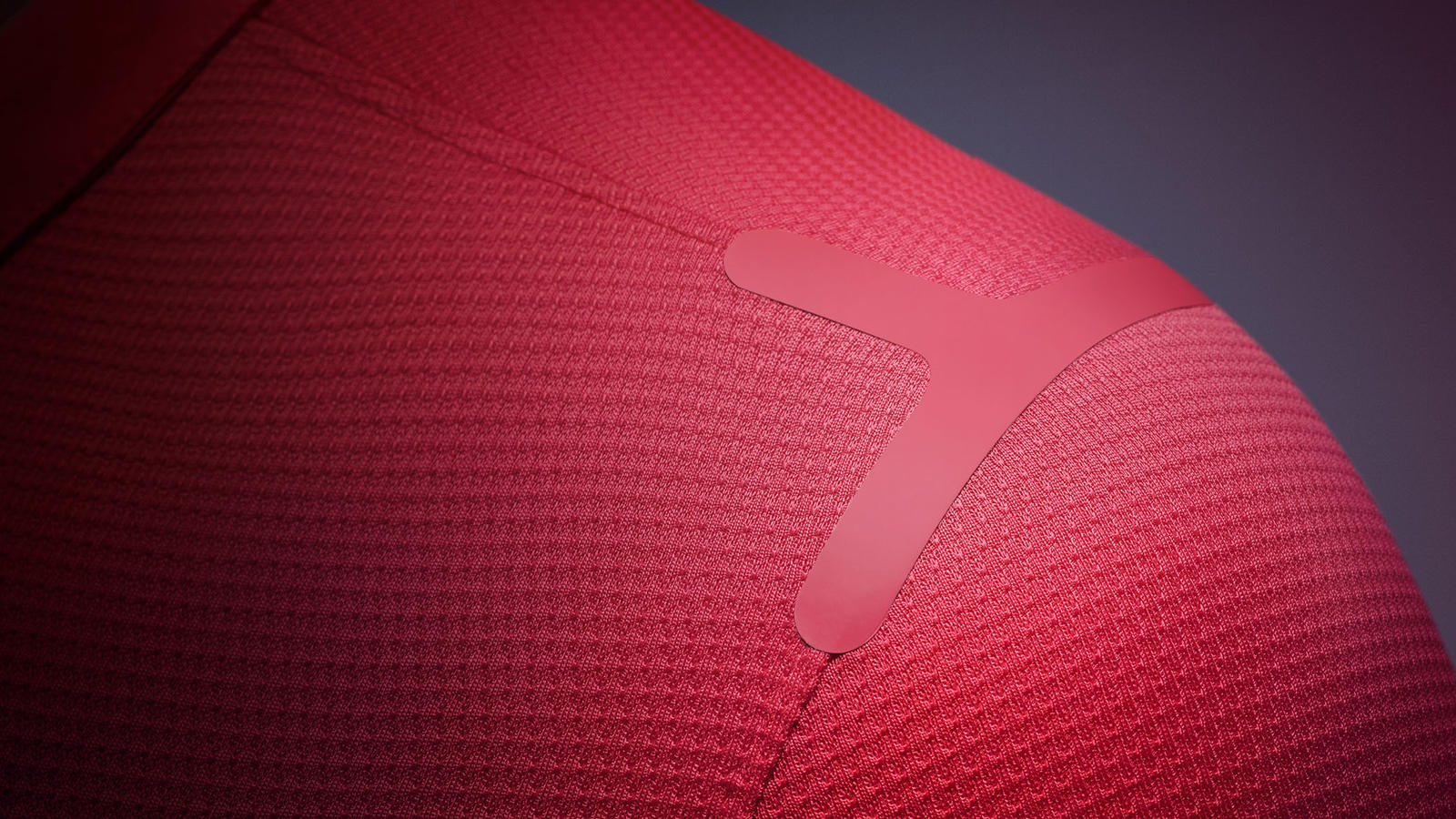 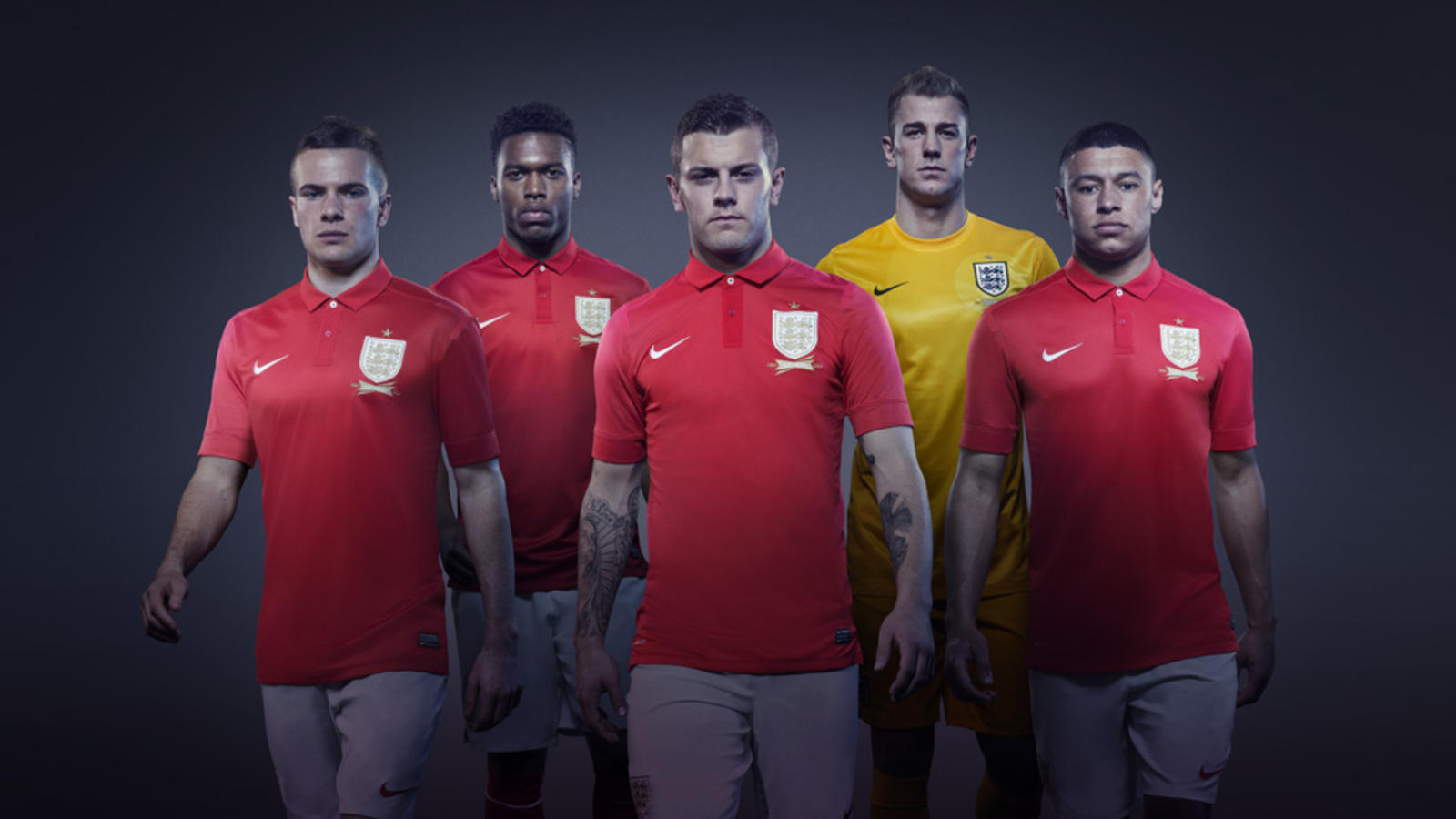 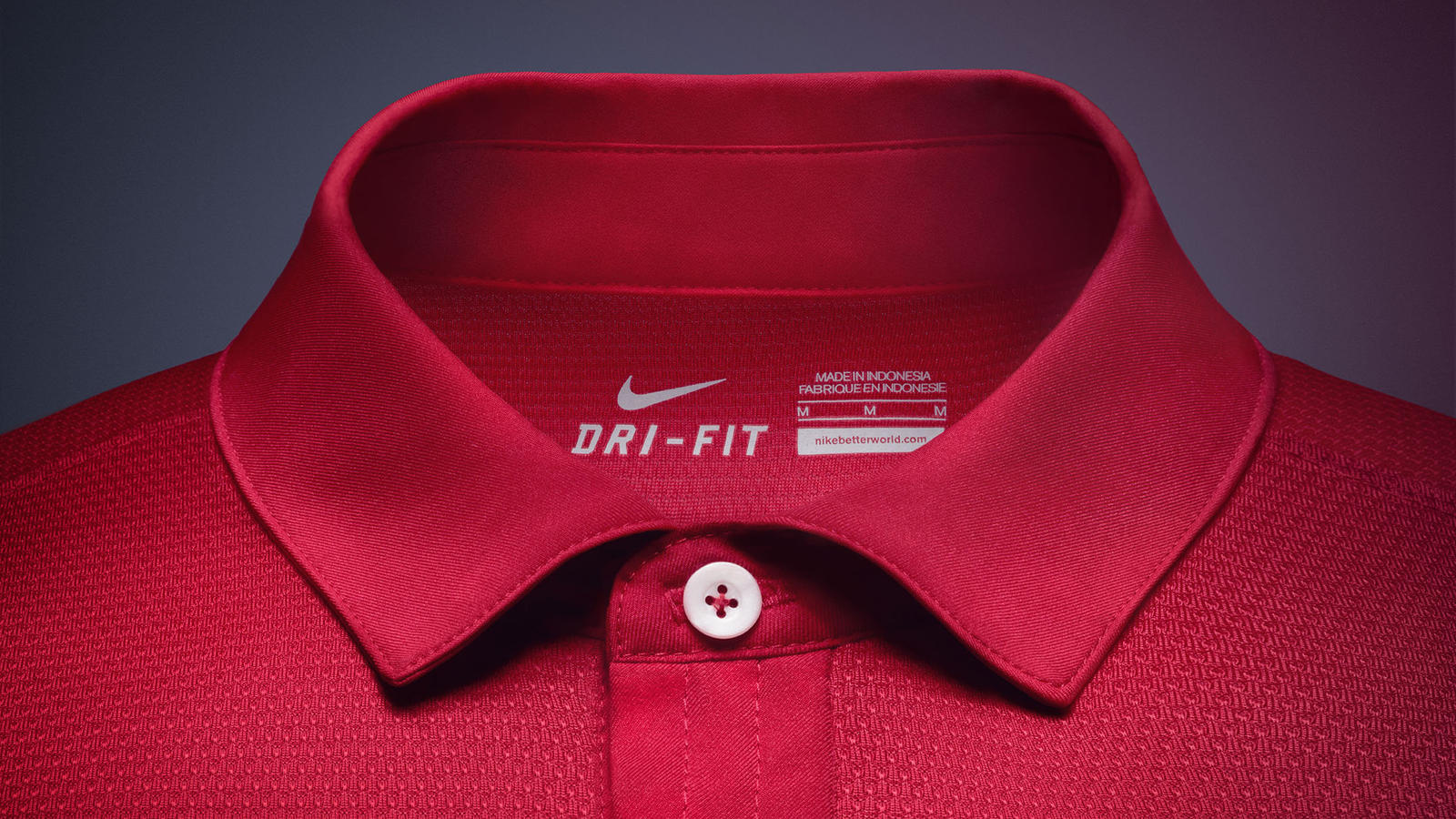 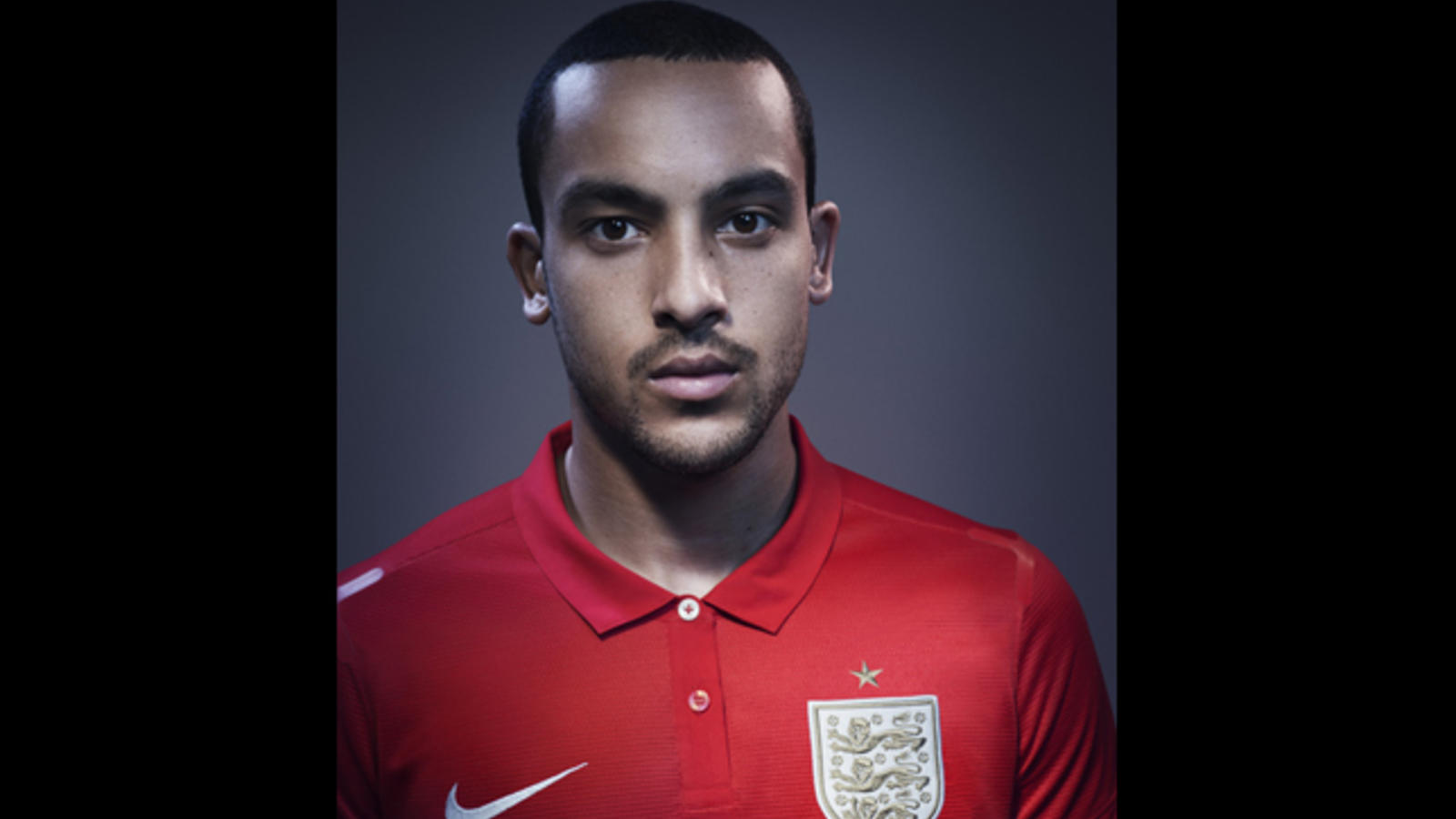 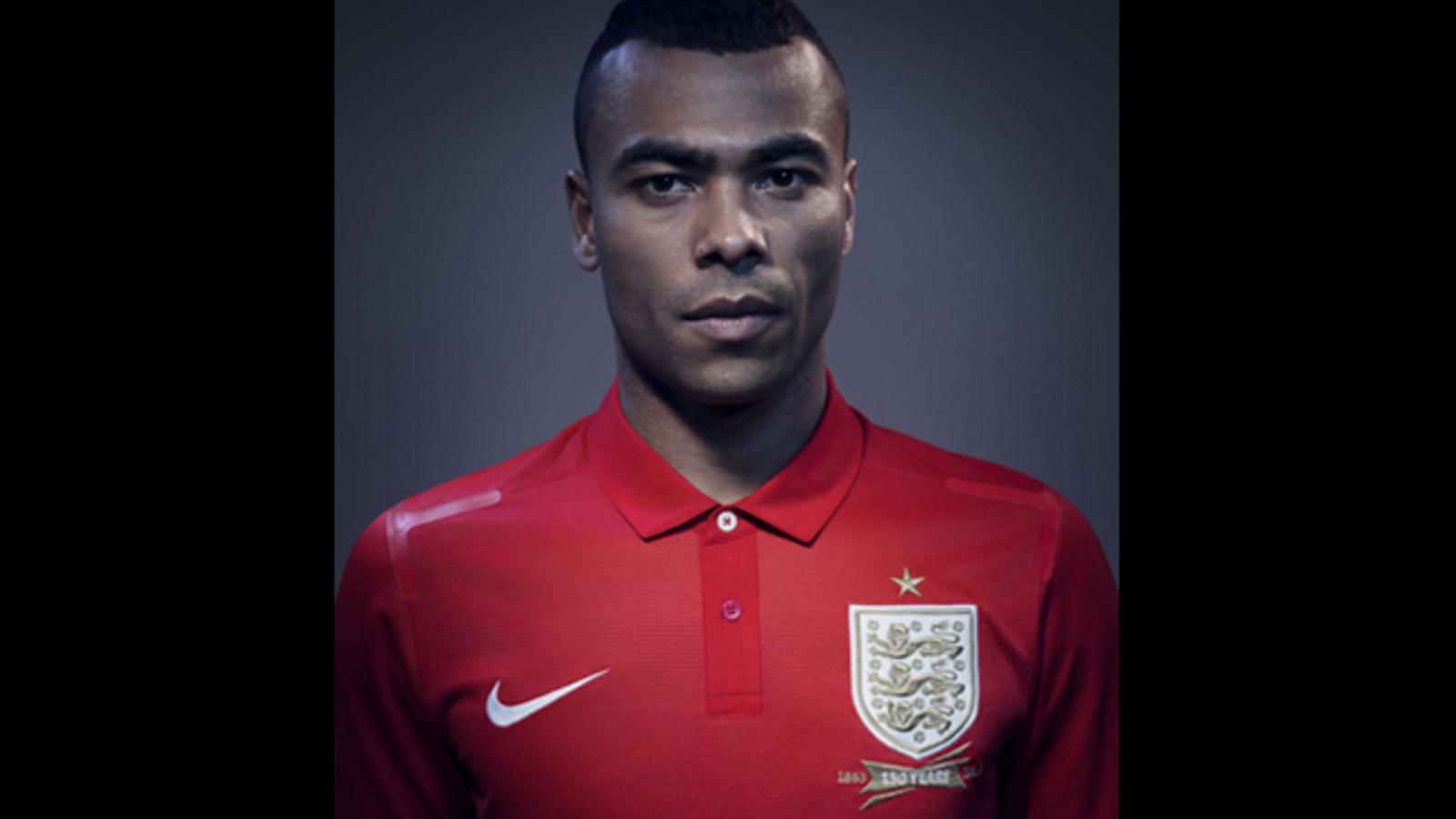 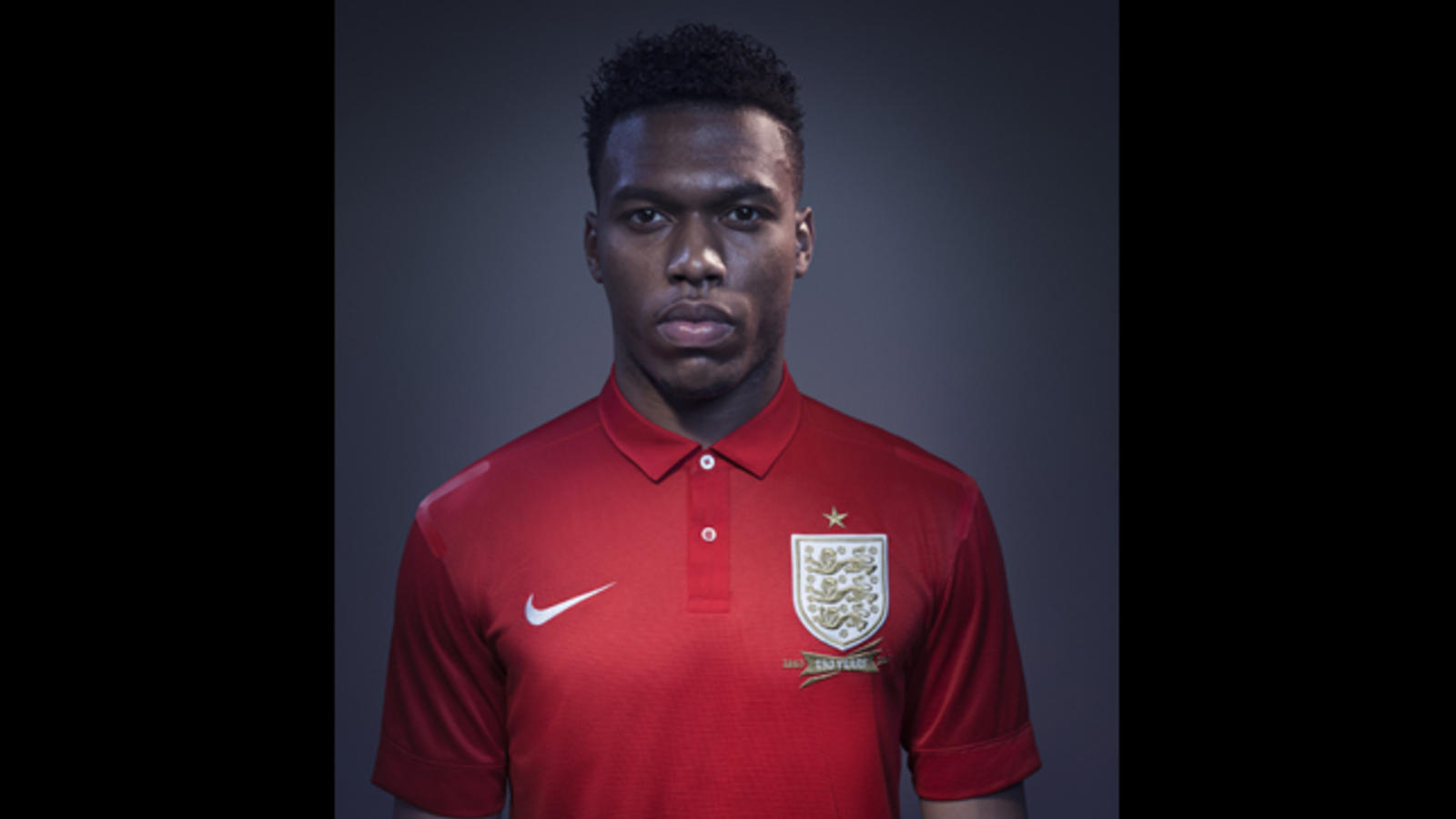 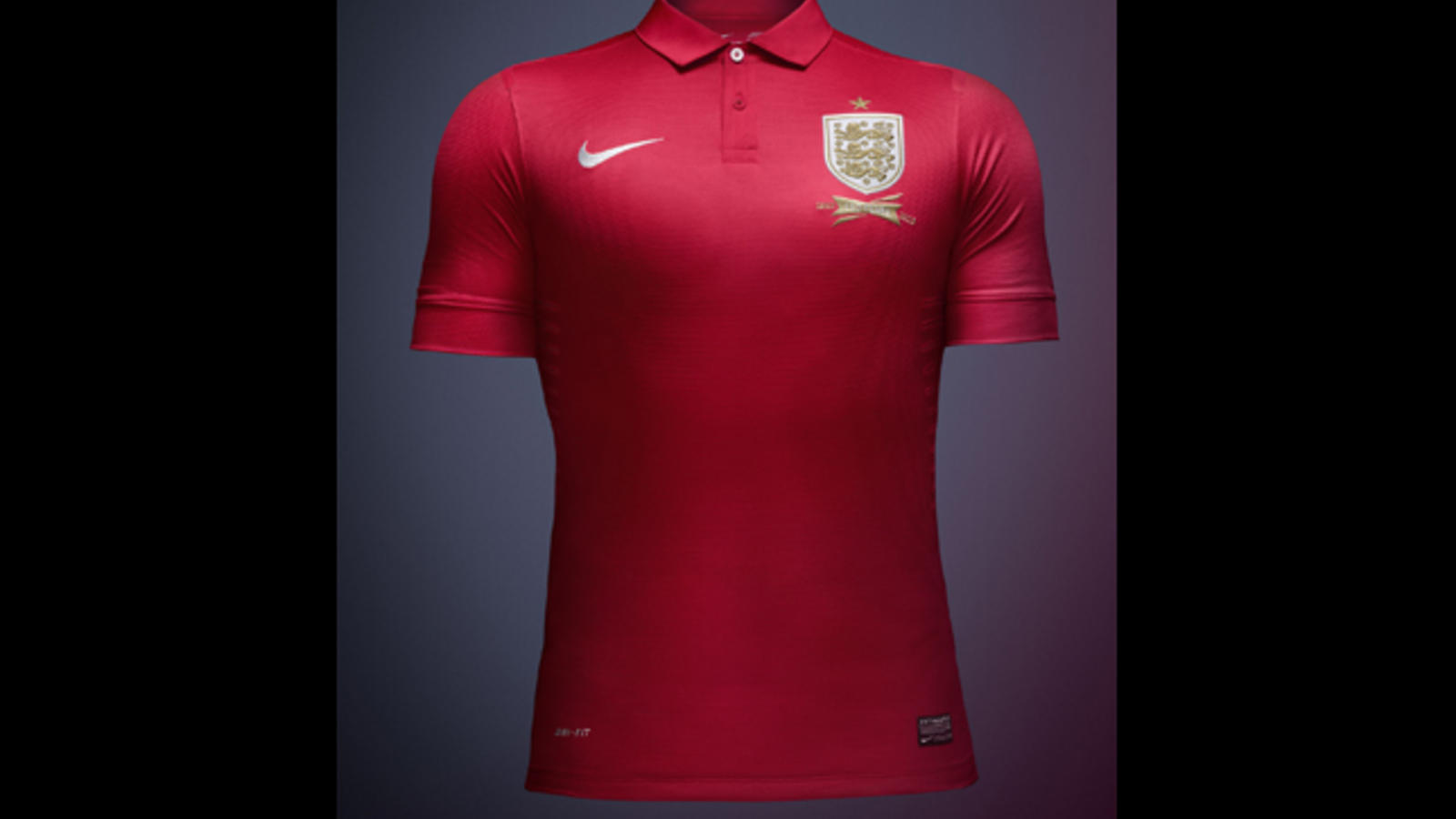 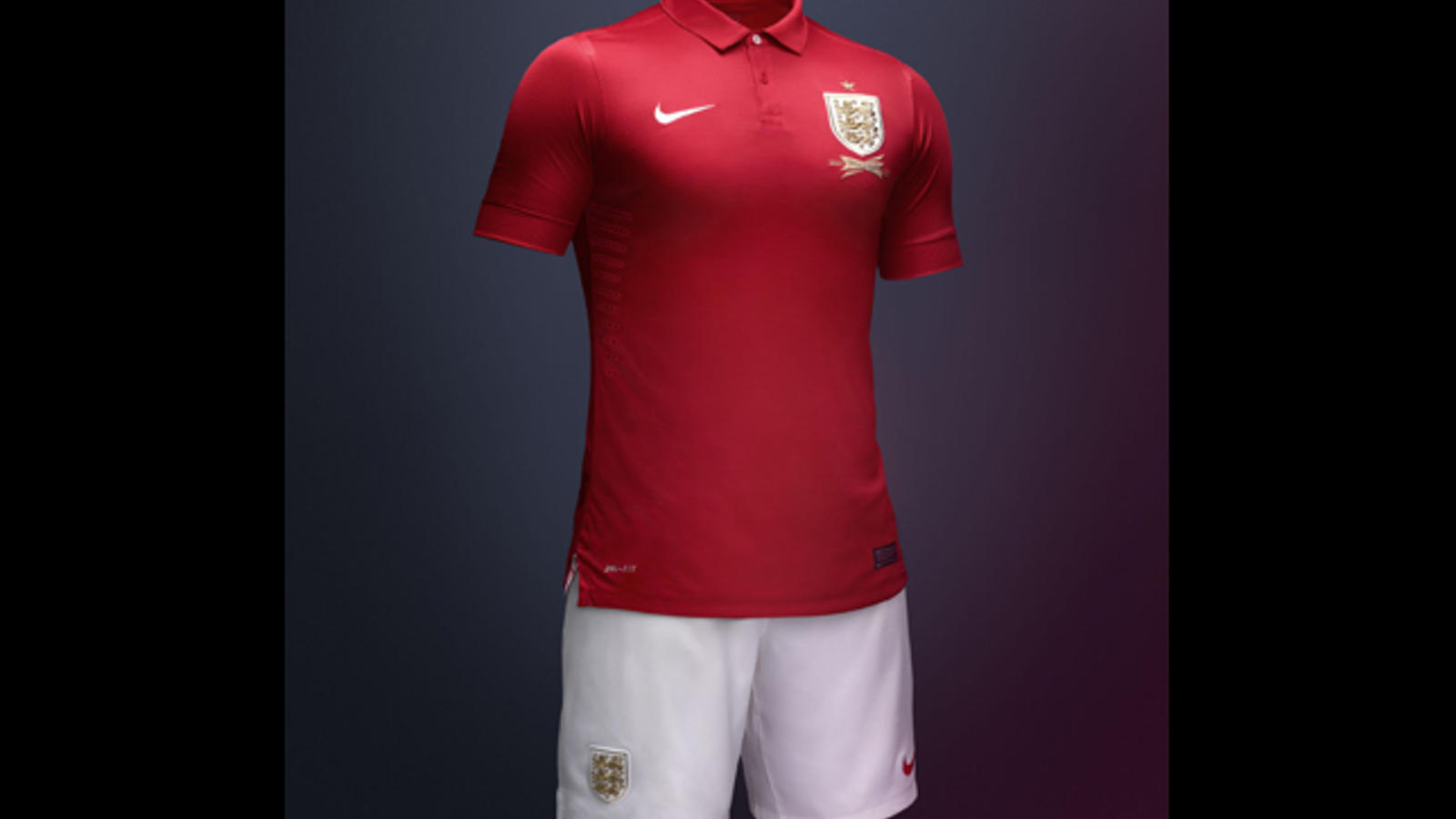 Nike's new England away kit evokes the team's rich history, national pride and distinctive style. The kit sees the welcome return of England’s most popular and evocative red away color. First worn in 1951, England famously wore red shirts when they won the World Cup at Wembley in 1966.

The new away shirt is a modern classic with an entirely red body reflecting the pride and passion of England’s loyal fans. The shirt also speaks to England’s uniquely understated style heritage with a tailored collar. The placket has two buttons; the bottom one is red, while the top one is white with red thread to replicate the St George’s cross.

To celebrate the Football Association’s 150th anniversary, the iconic three lions crest is rendered in gold on the away shirt. A gold star above the crest celebrates England’s win in 1966; a gold ribbon graphic beneath proudly displays "150 years" and the dates 1863 - 2013.

The away shorts are white with another gold crest on the front, while the socks are red with a thin white band at the top.

The kit showcases Nike’s belief in style, craft and pride while enhancing the performance of players with key technological features.