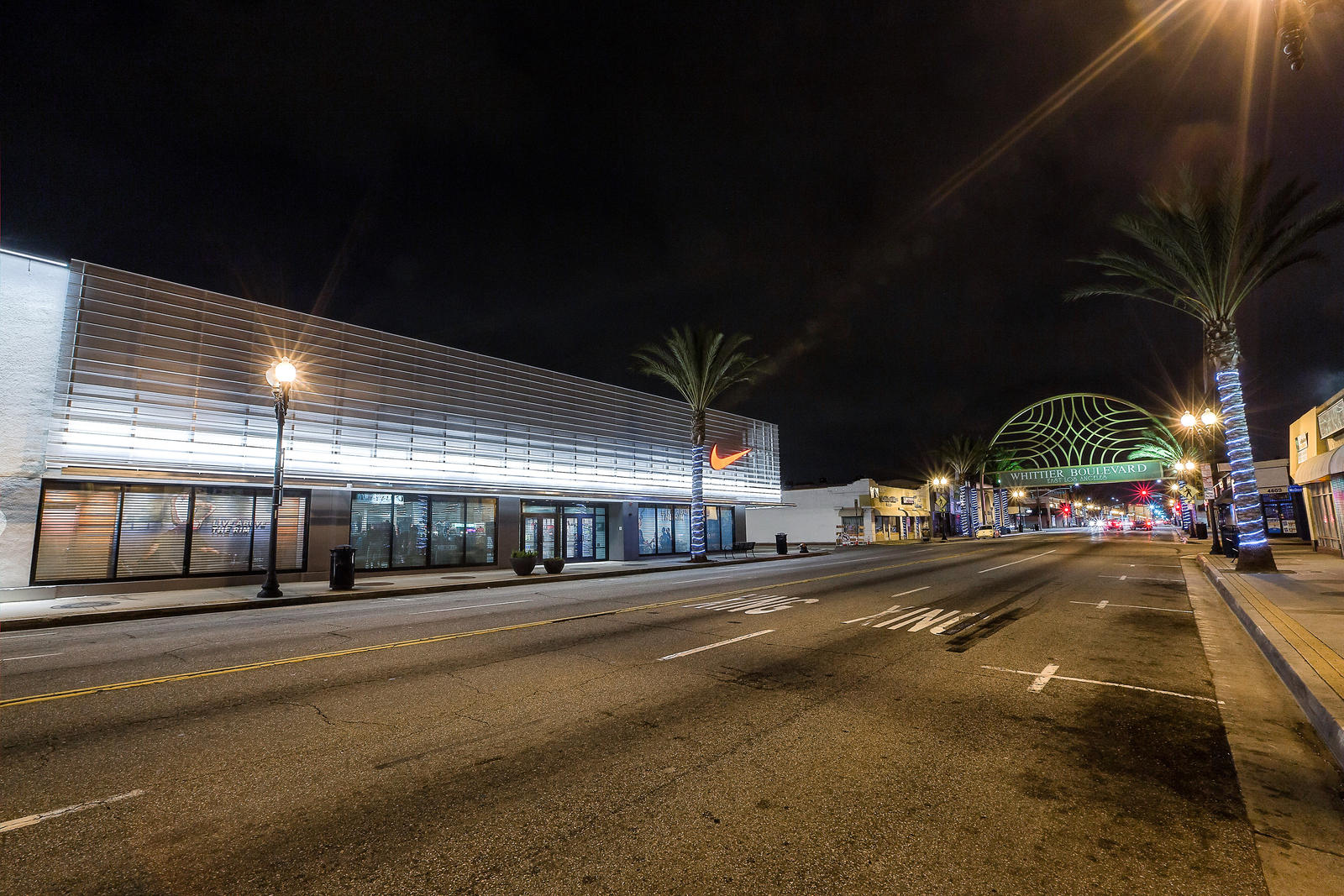 Defined by an iconic entrance arch, Whittier Boulevard serves as the main thoroughfare — and de facto heart and soul — of East Los Angeles. The arch’s location is the apex of the vibrant community. Now, it also introduces the location of Nike East Los, Nike’s latest Community Store, located at Whittier (on the Latino Walk of Fame) and S. McDonnell Avenue.

“Community Stores are an important part of our retail strategy in North America and build on a 20-year history and commitment to deepening our community connections around the world,” says Christiana Shi, President, Direct-to-Consumer, NIKE, Inc., who joined the store opening. 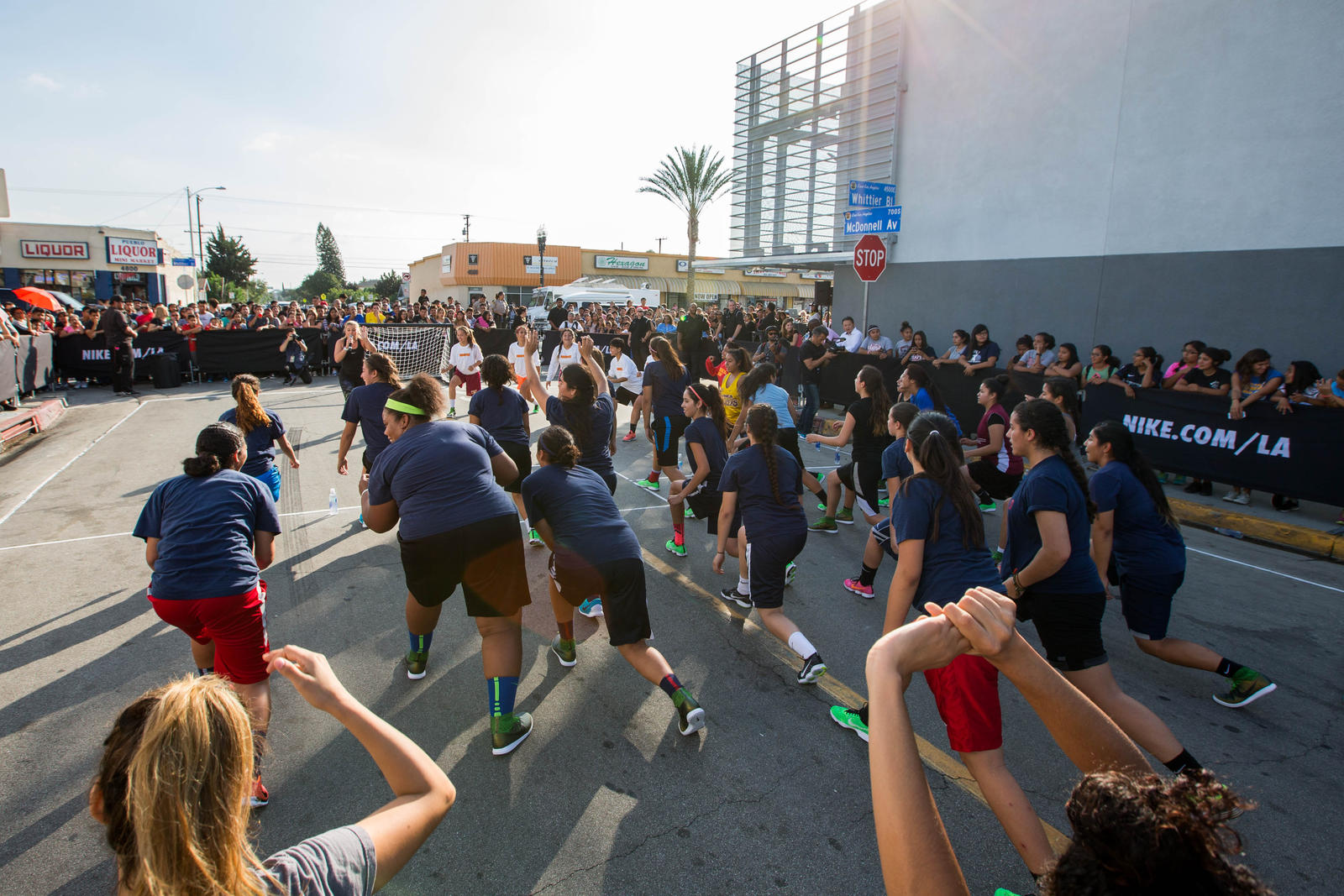 “The new East Los store sits in the heart of one of the most important communities in the city. Here, we have the opportunity to make an immediate, meaningful impact and amplify the values of the Nike brand through sport and community activity,” confirms Blanca Gonzalez, GM, North America West Territory, NIKE, Inc., based in LA. “We’ve built great partnerships with the local Boys and Girls Club, the Eastmont Community Center and nearby high schools, and are excited about the future we’ll build together.”

To celebrate the opening, the store hosted Mexican football star Giovani dos Santos Ramírez, who took questions from consumers and local high school students. Following the question-and-answer session, dos Santos joined a game of futsal on McDonnell Avenue, which had been turned into a pitch for the occasion. The afternoon also included a Nike+ Training Club workout for local student athletes. 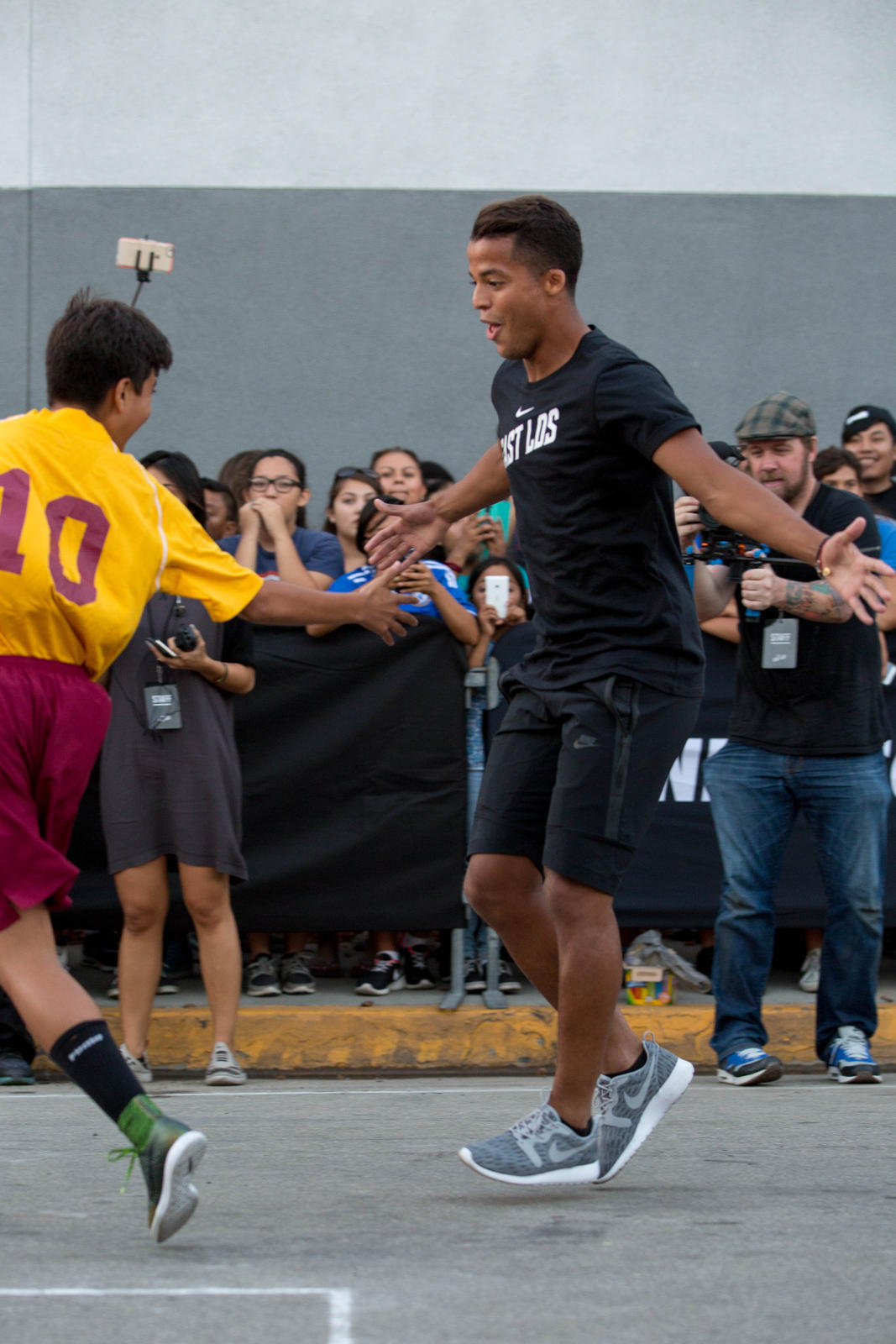 The mission of the brand's Community Stores is to build and empower a healthy local community through the unifying power of sport and to serve as a catalyst for positive change in each area a store is located. Additionally, Nike provides volunteer hours each month for Nike Community Ambassadors — store athletes who have completed training to deliver sports programming for kids – to give back within their community. Nike also rewards employee volunteer hours with money directed to the nonprofit of the employee’s choice. 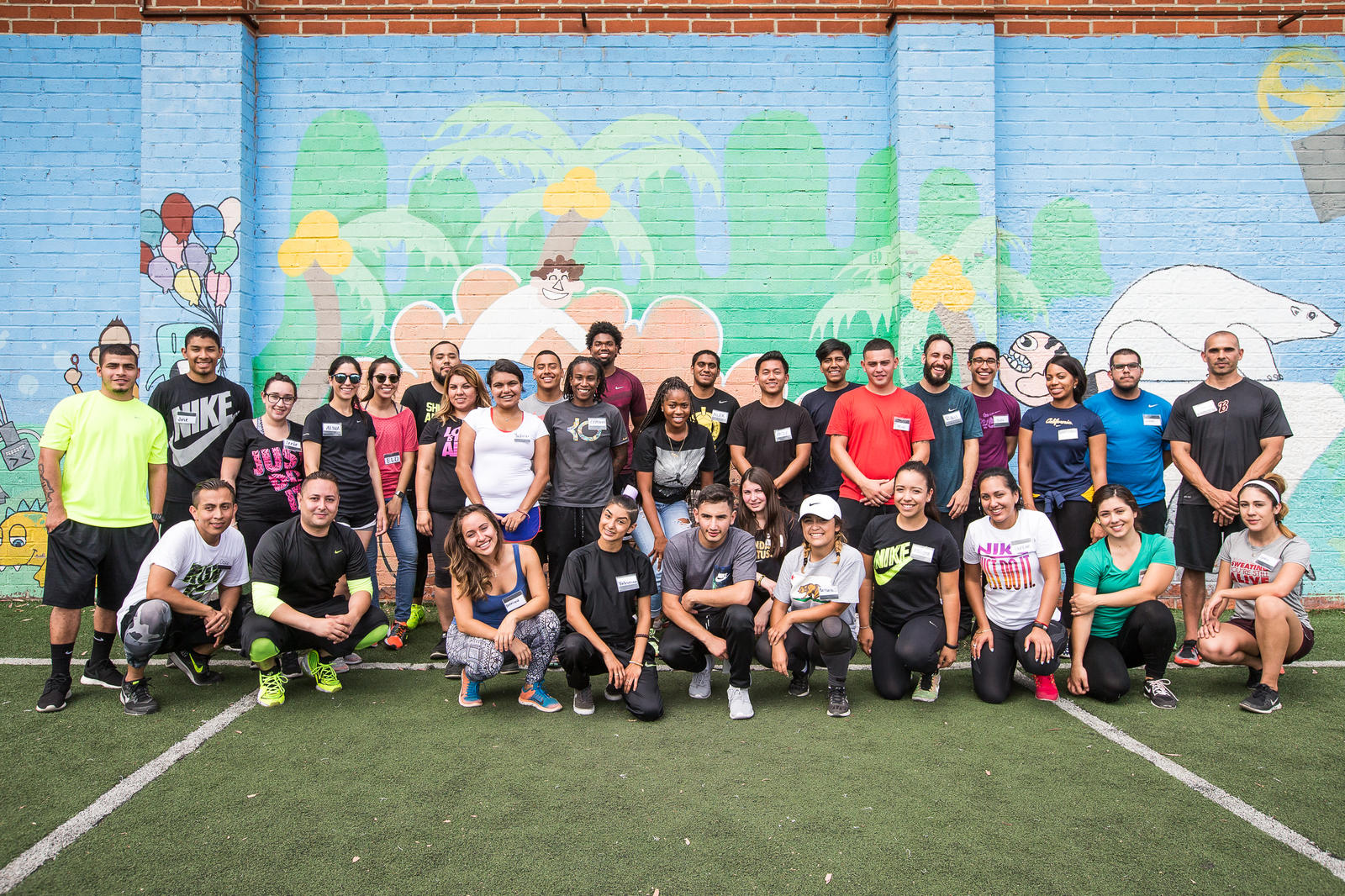 Even before it opened, the East Los store team was bringing this mission to life, launching Marathon Kids, a Nike partner program, to connect local youth with sport and engage kids in a positive, simple, goal-driven running program that challenges them to run the equivalent of up to four marathons (from 26.2 miles to 104.8 miles) over the course of a three-, six- or nine-month running club season or school year. 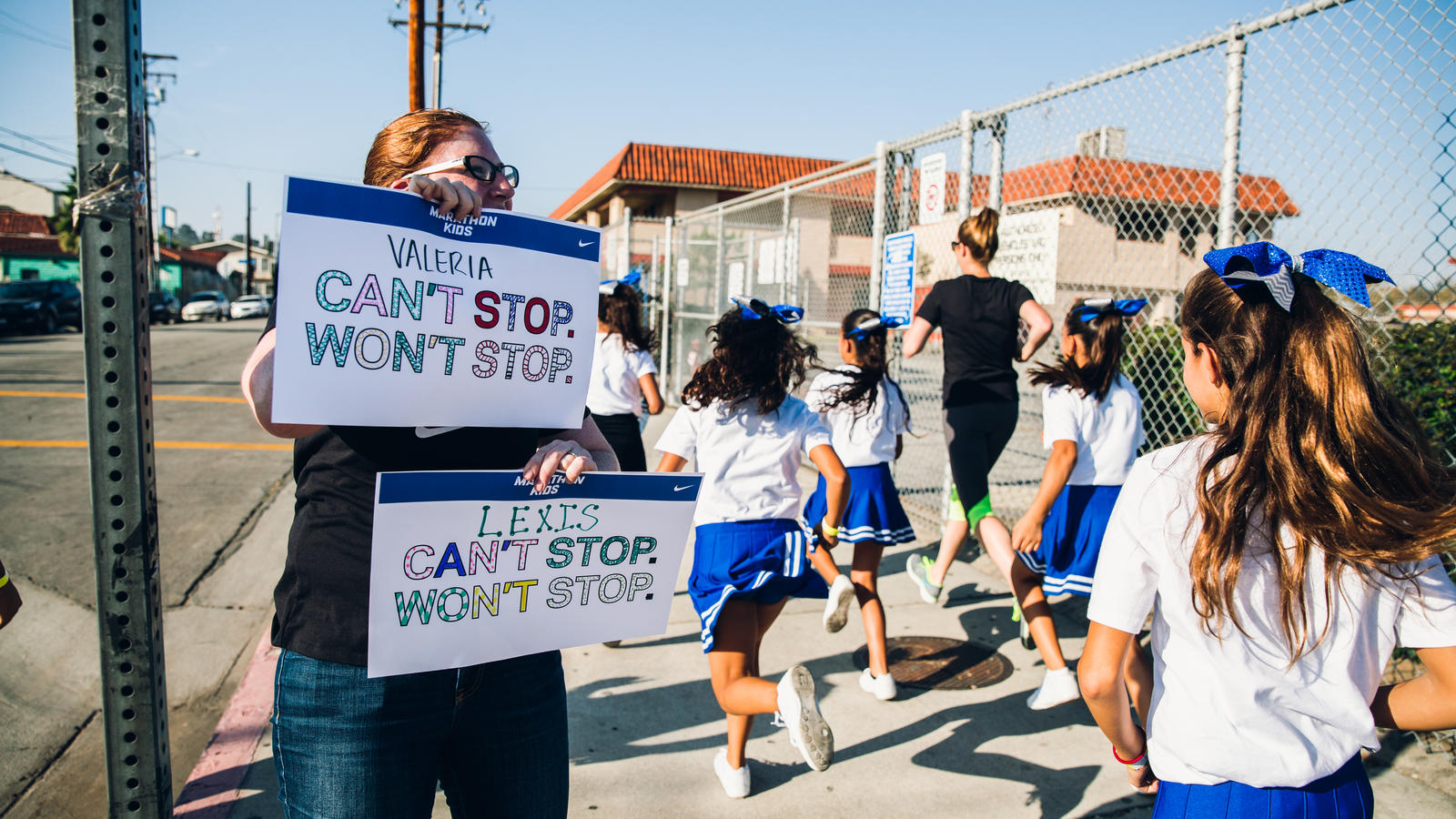 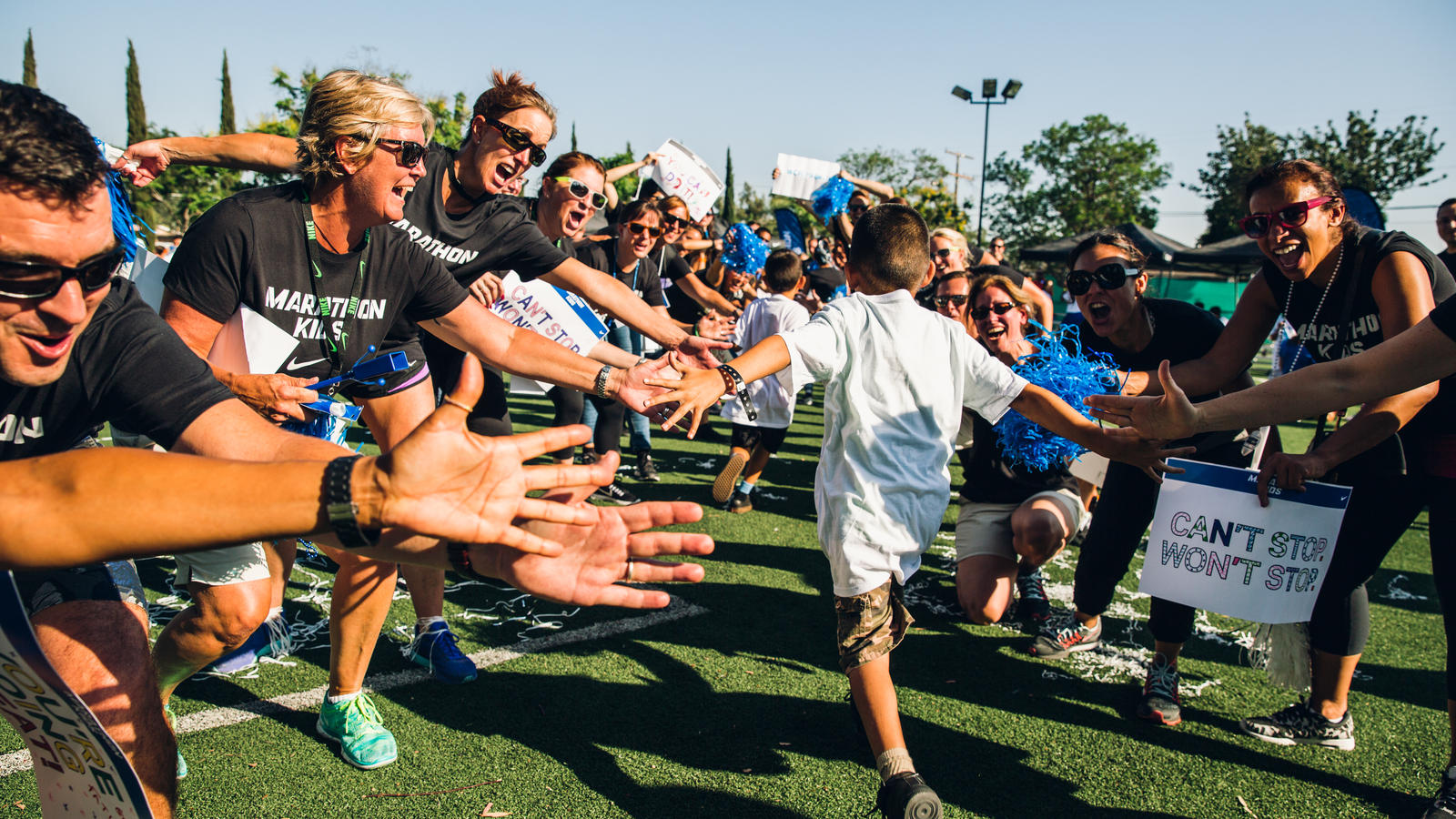 In addition to Marathon Kids, Nike is committed to investing in the great organizations that serve the youth of East LA, including the Eastmont Community Center where the store team has been actively volunteering, helping to tutor local youth and staff the clothing store that supplements their fundraising efforts. Recently, Nike and the Mia Hamm Foundation provided a grant enabling 250 girls from East LA to participate in Soccer for Success, a yearlong soccer program housed at the Weingart YMCA. Nike will continue to expand local support and partner closely with the community to determine which investments will best serve youth across East LA. 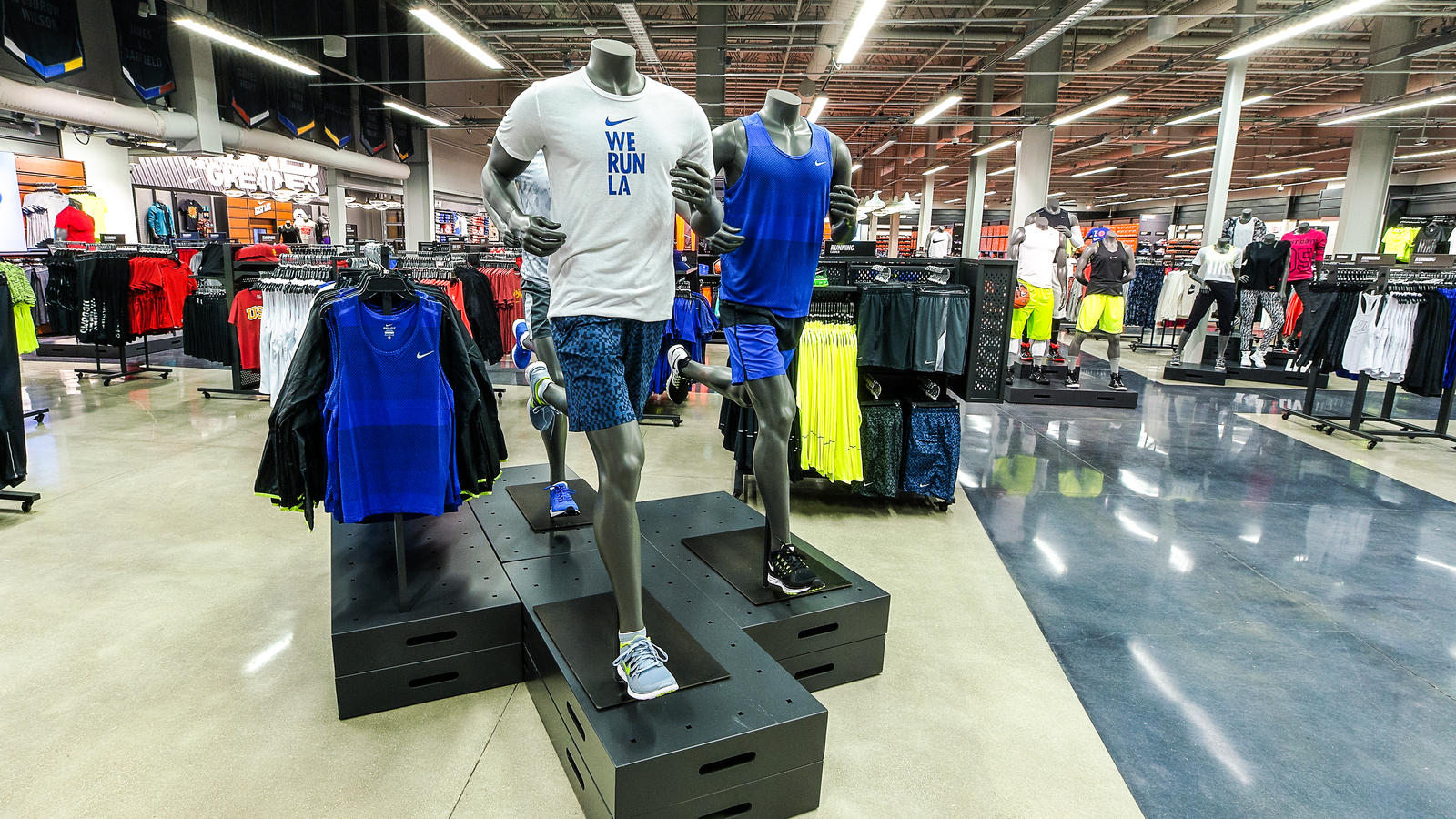 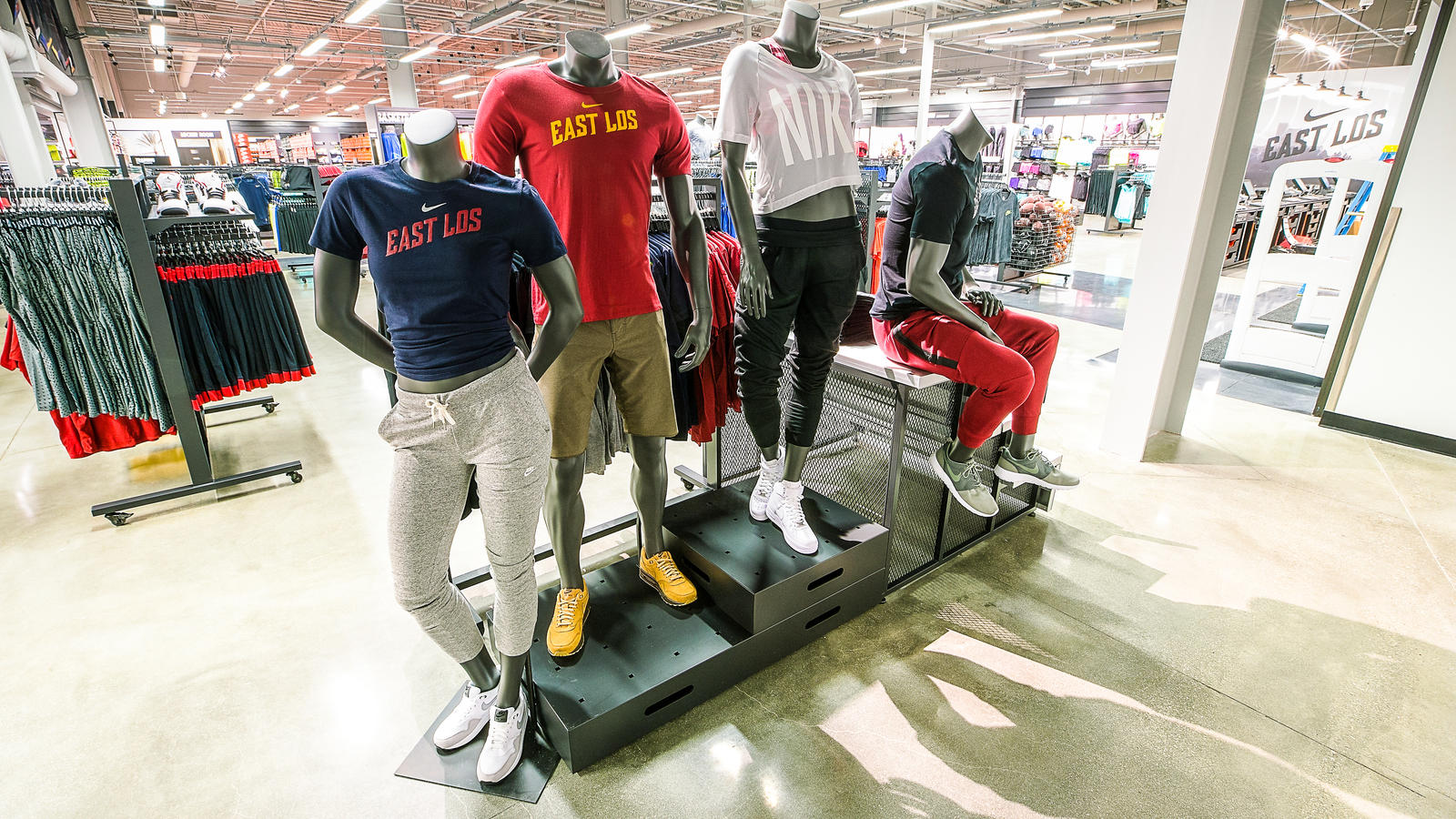 As part of the Nike Community Store model, local store teams are empowered to award grants to organizations in their backyards via the Nike Community Impact Fund, which is being expanded beyond the Portland area to include all areas where Nike has community stores. 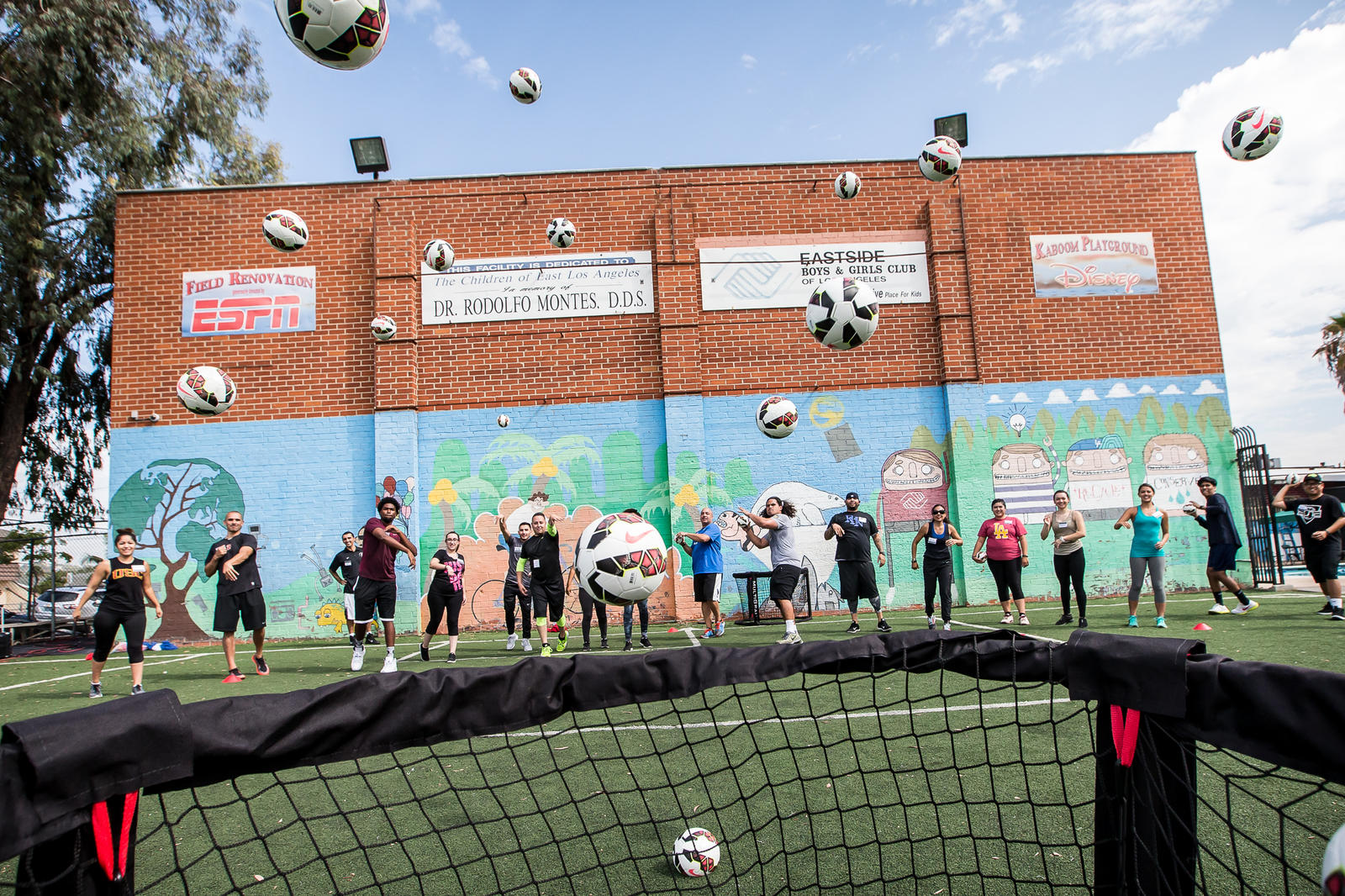 All Community Stores aim to hire at least 80 percent of store employees from within a five-mile radius of the store. The East Los store has already exceeded this target, with athletes and coaches like Alfred Trejo who leads the back of house team. 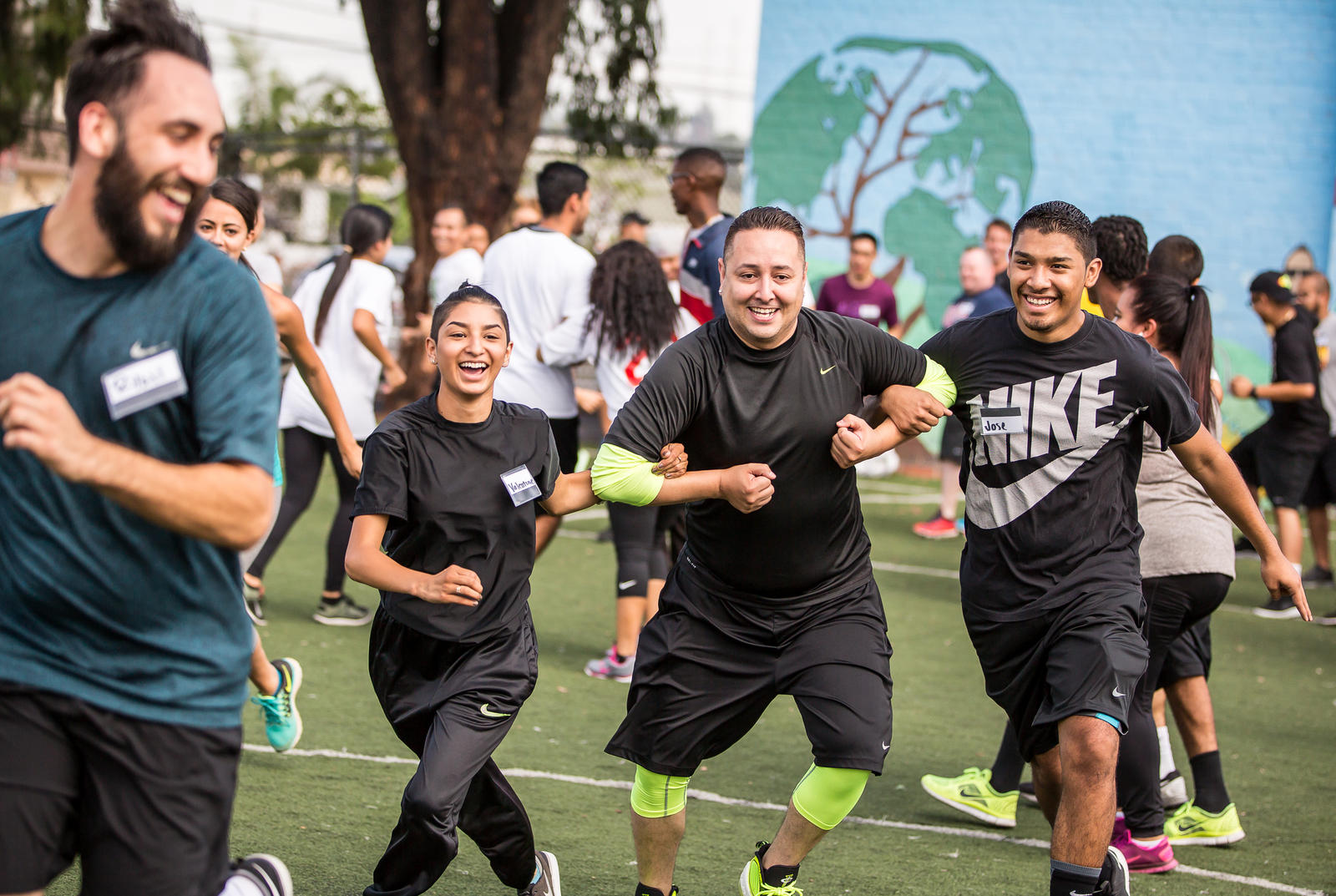 "Nike East Los really cares about making a difference. I regularly volunteer with my teammates in all kinds of programs that benefit East LA residents. We're here whenever the community needs us; we choose to be here and we're here for the long run," adds Trejo. 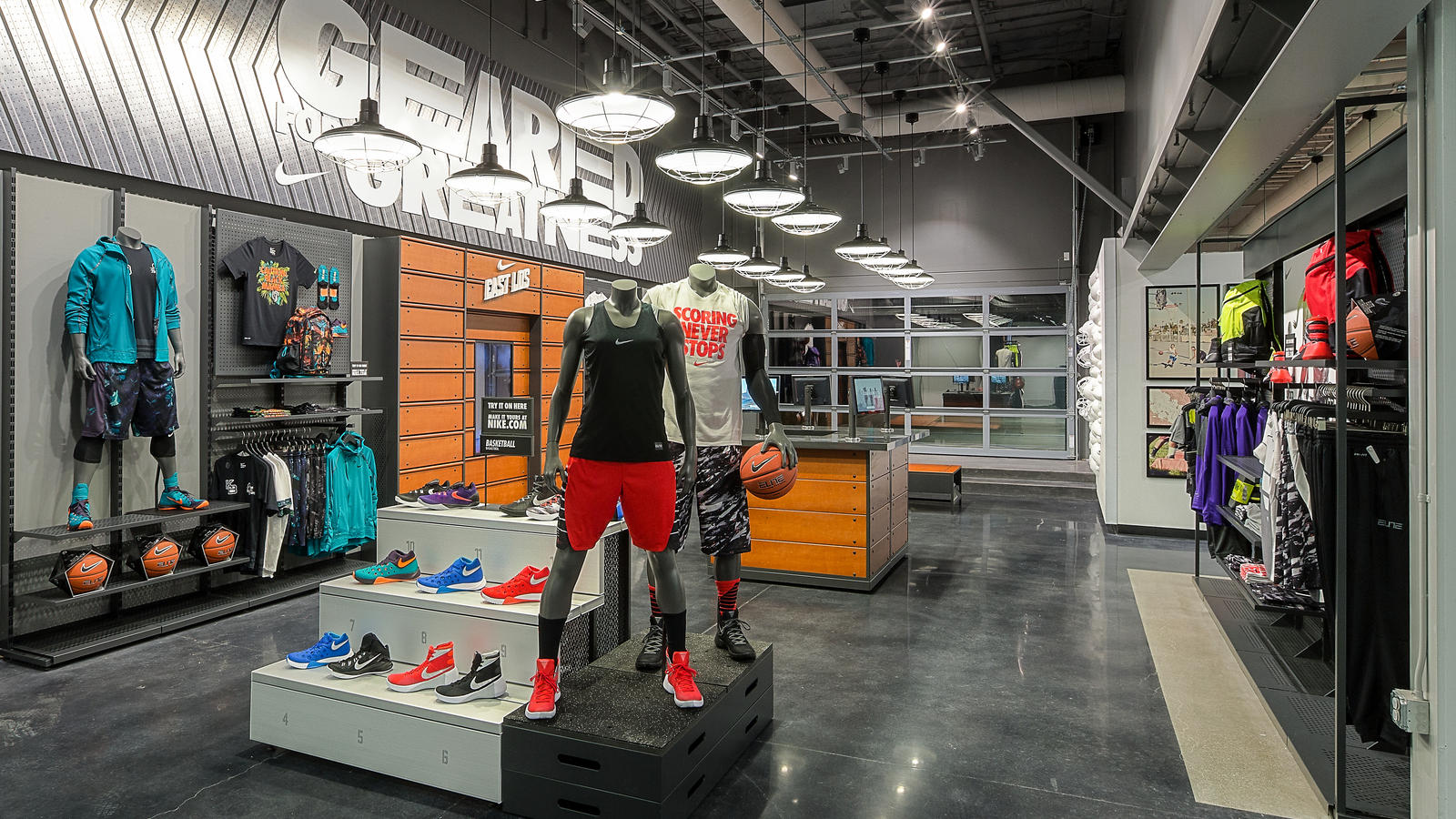 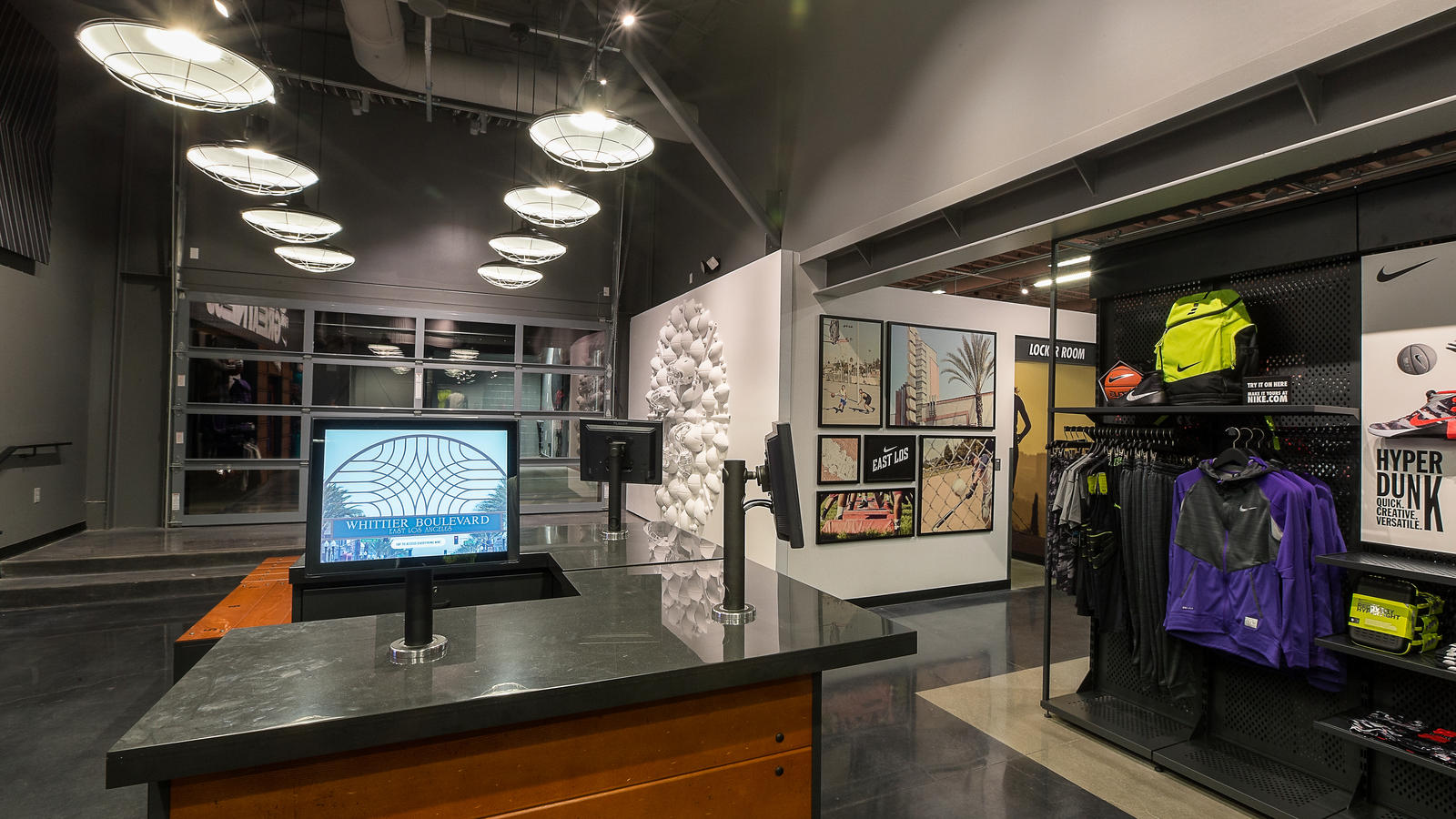