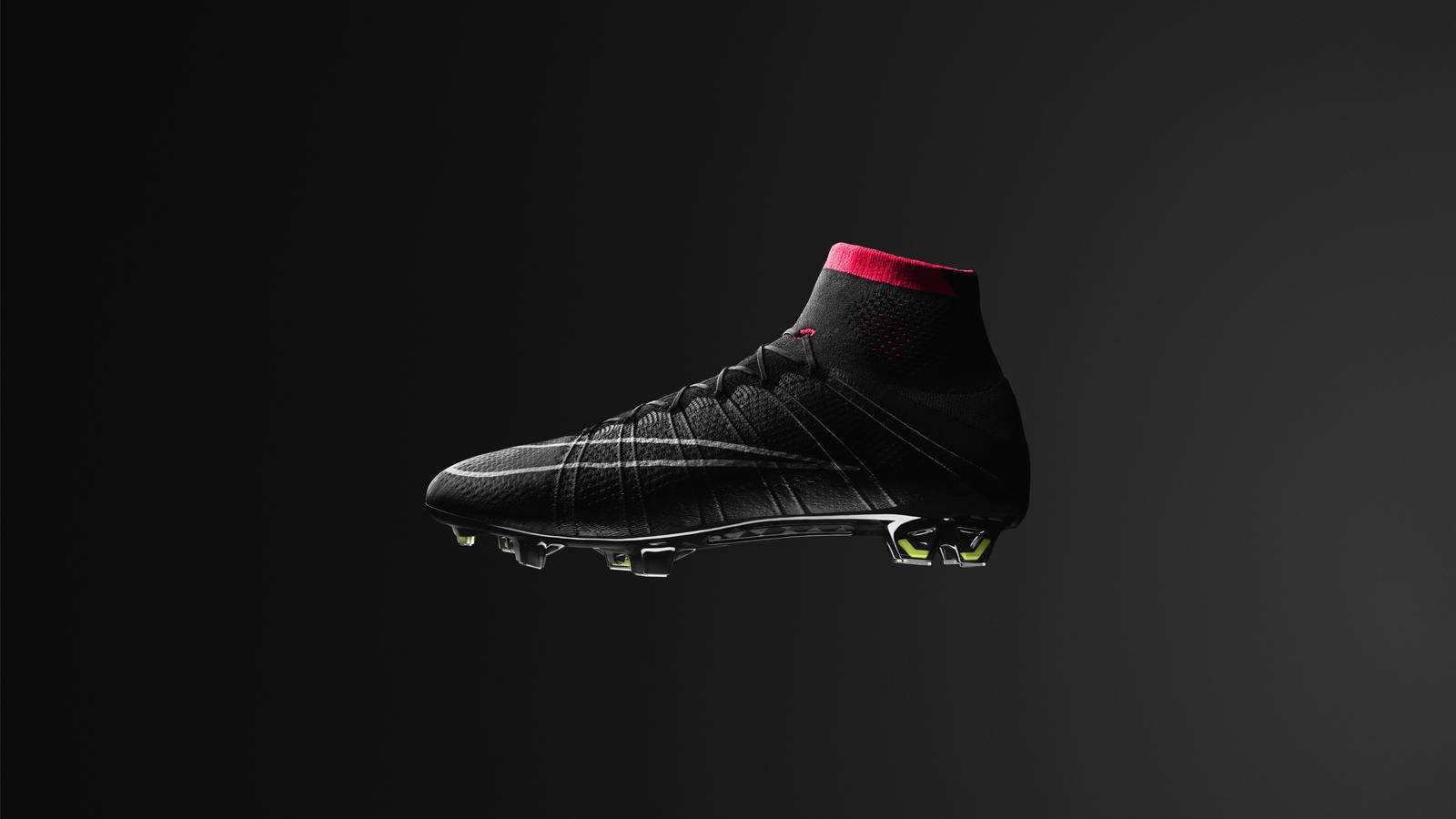 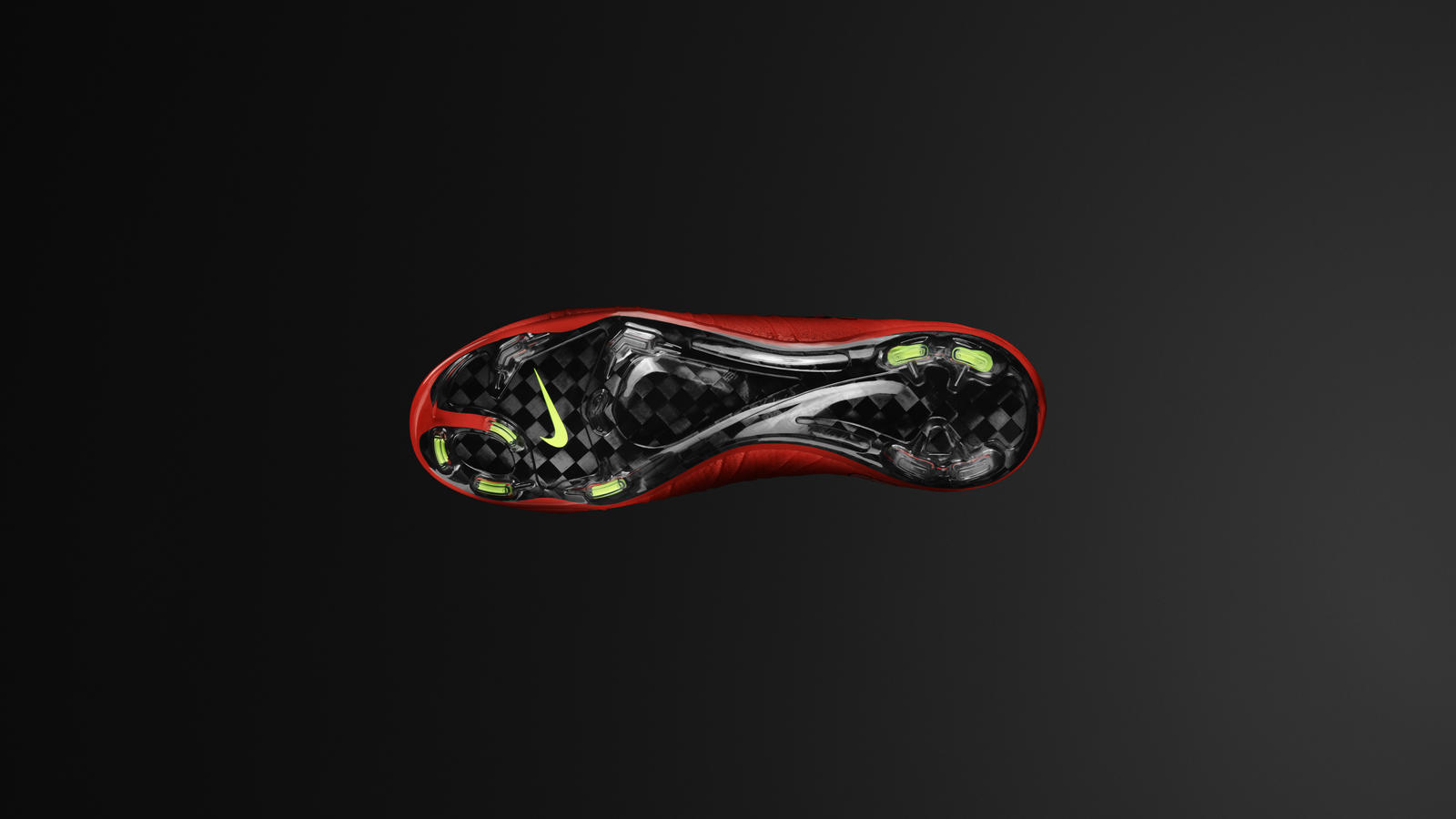 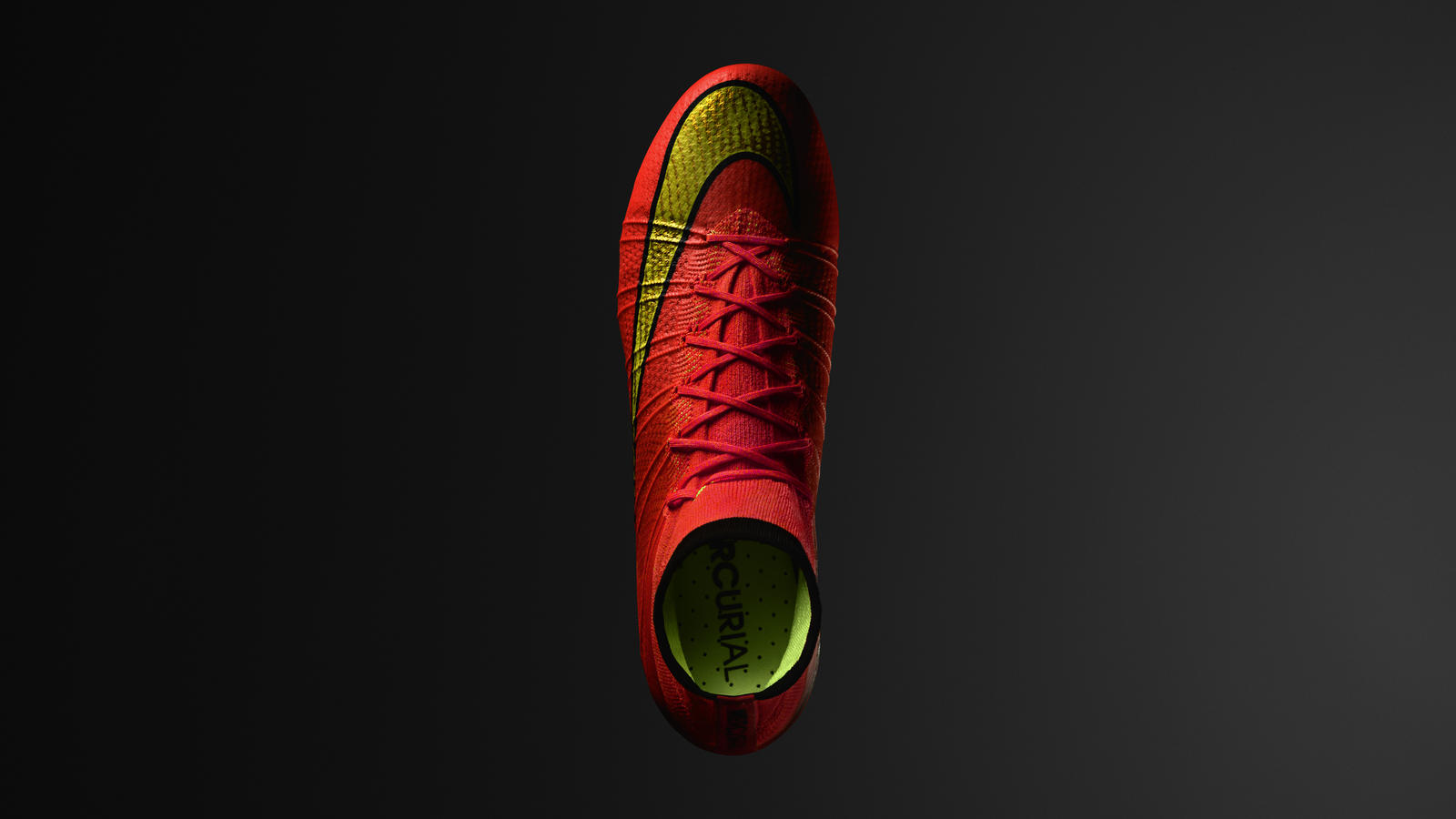 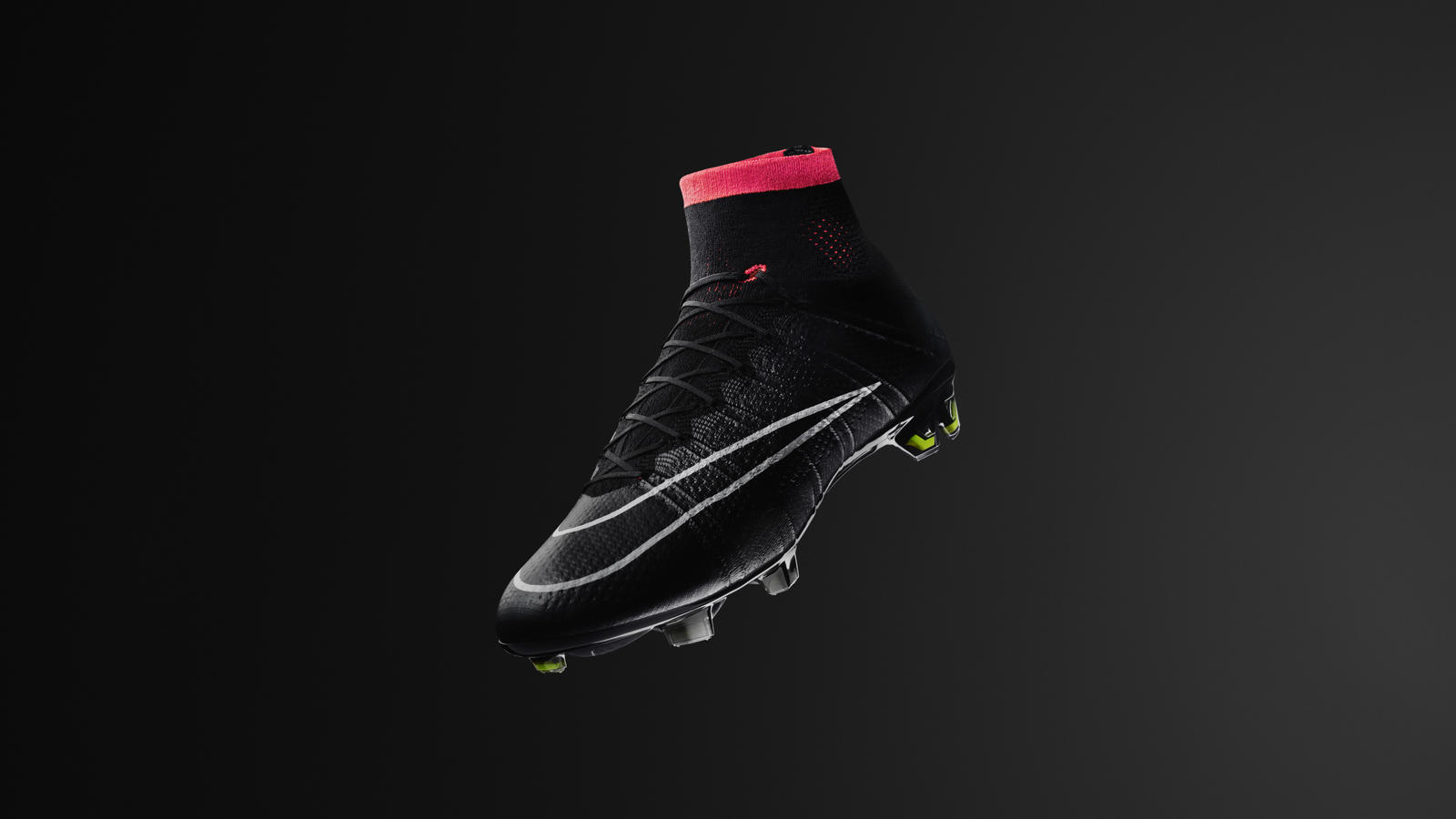 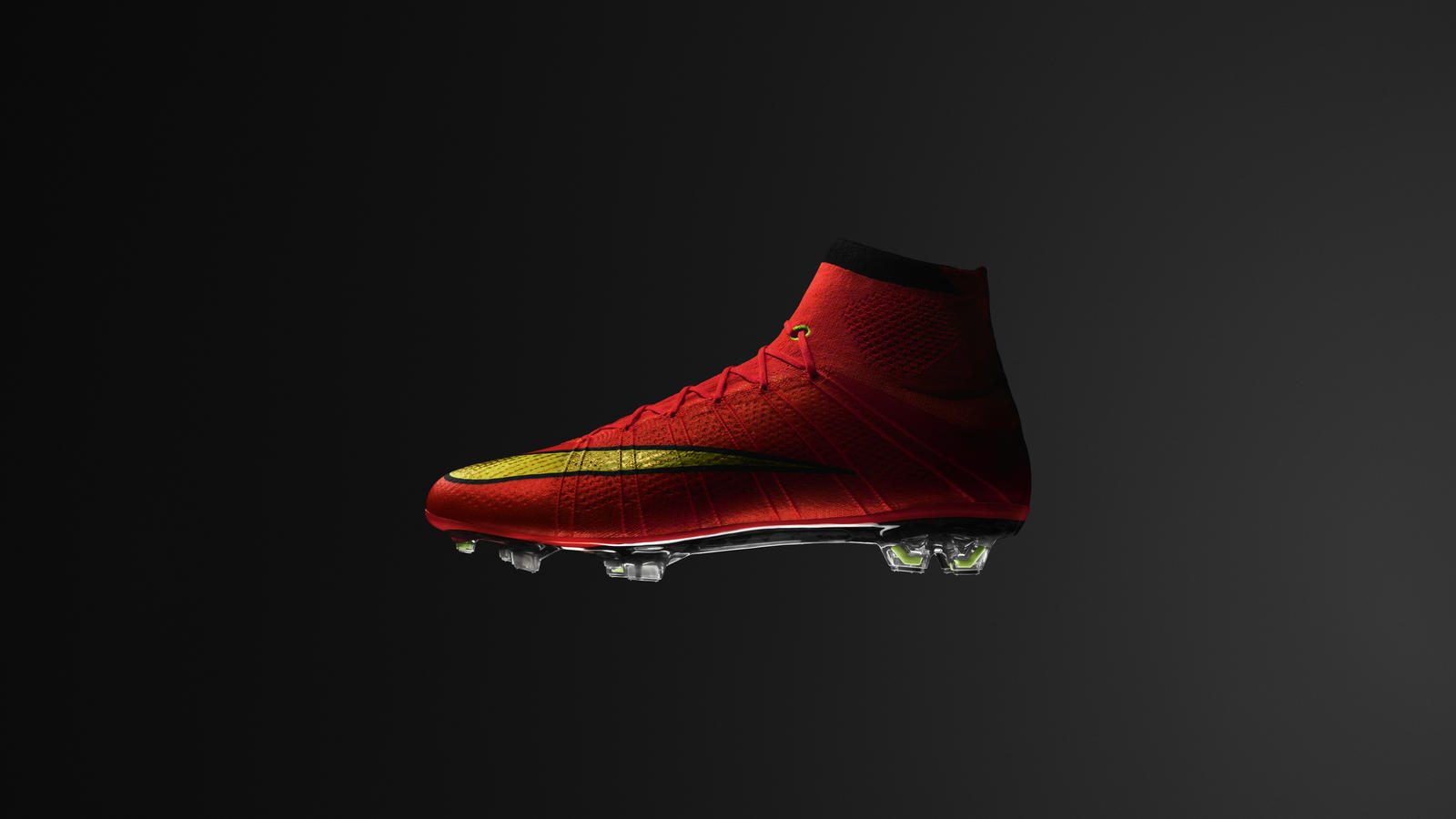 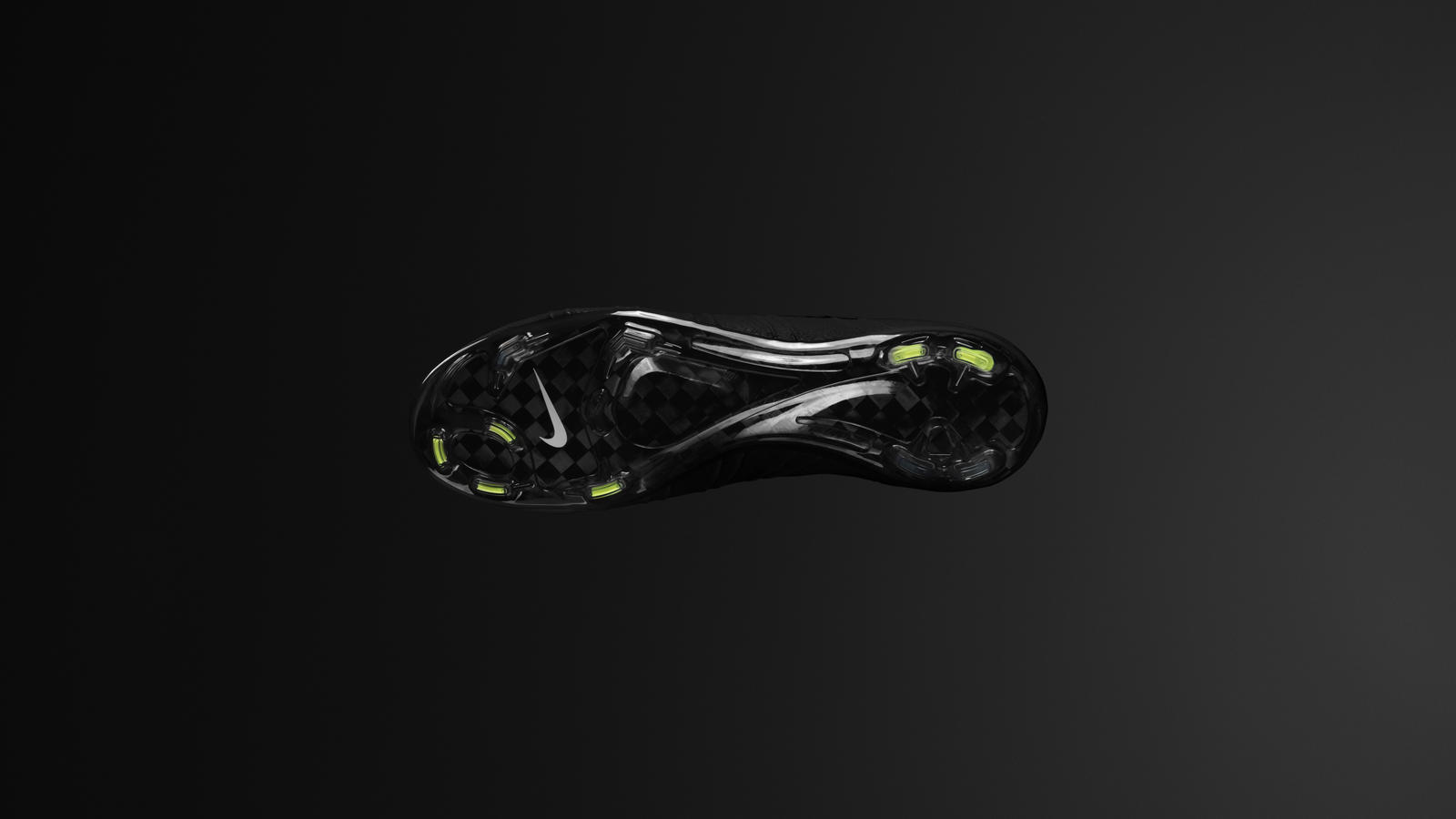 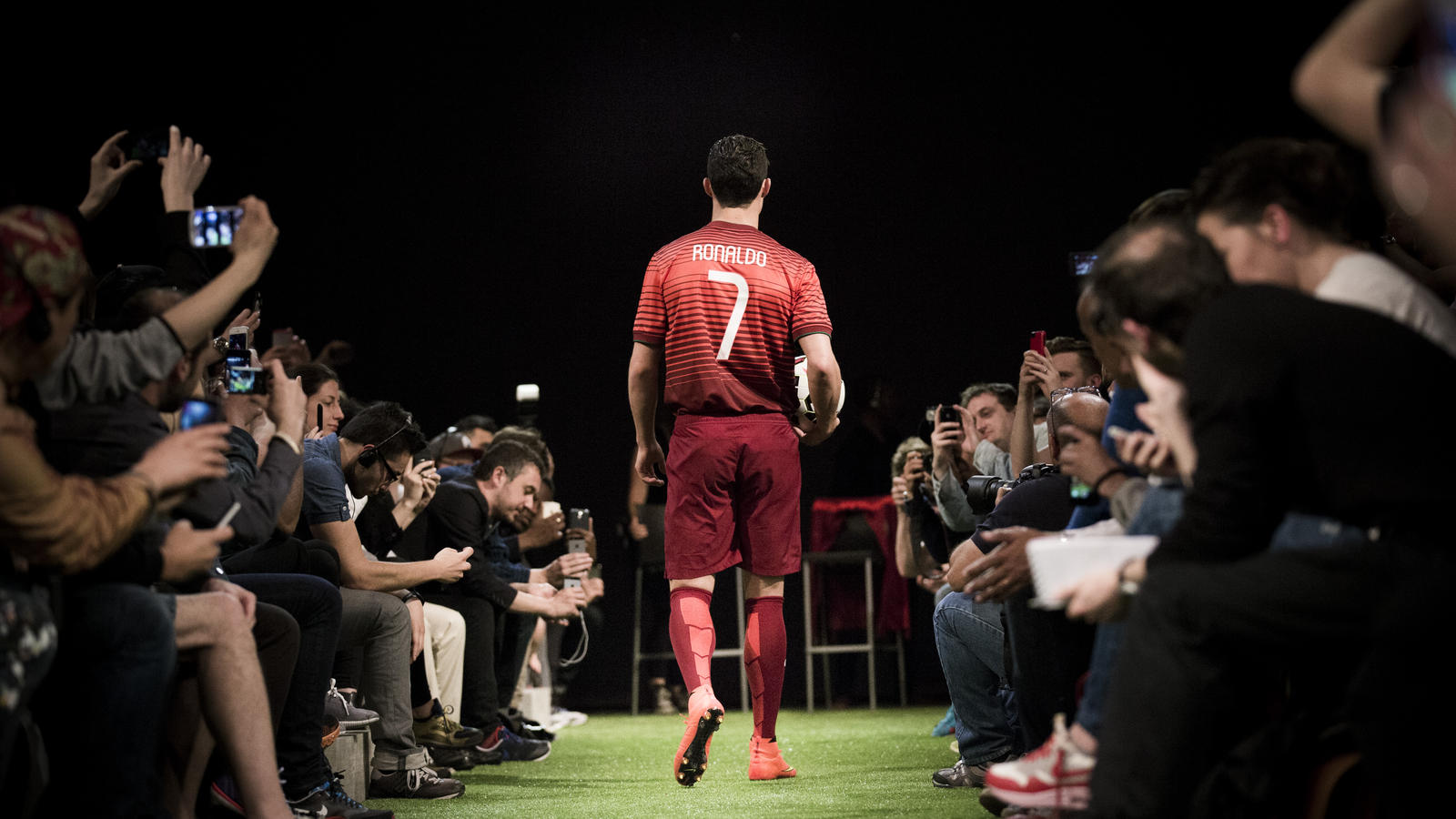 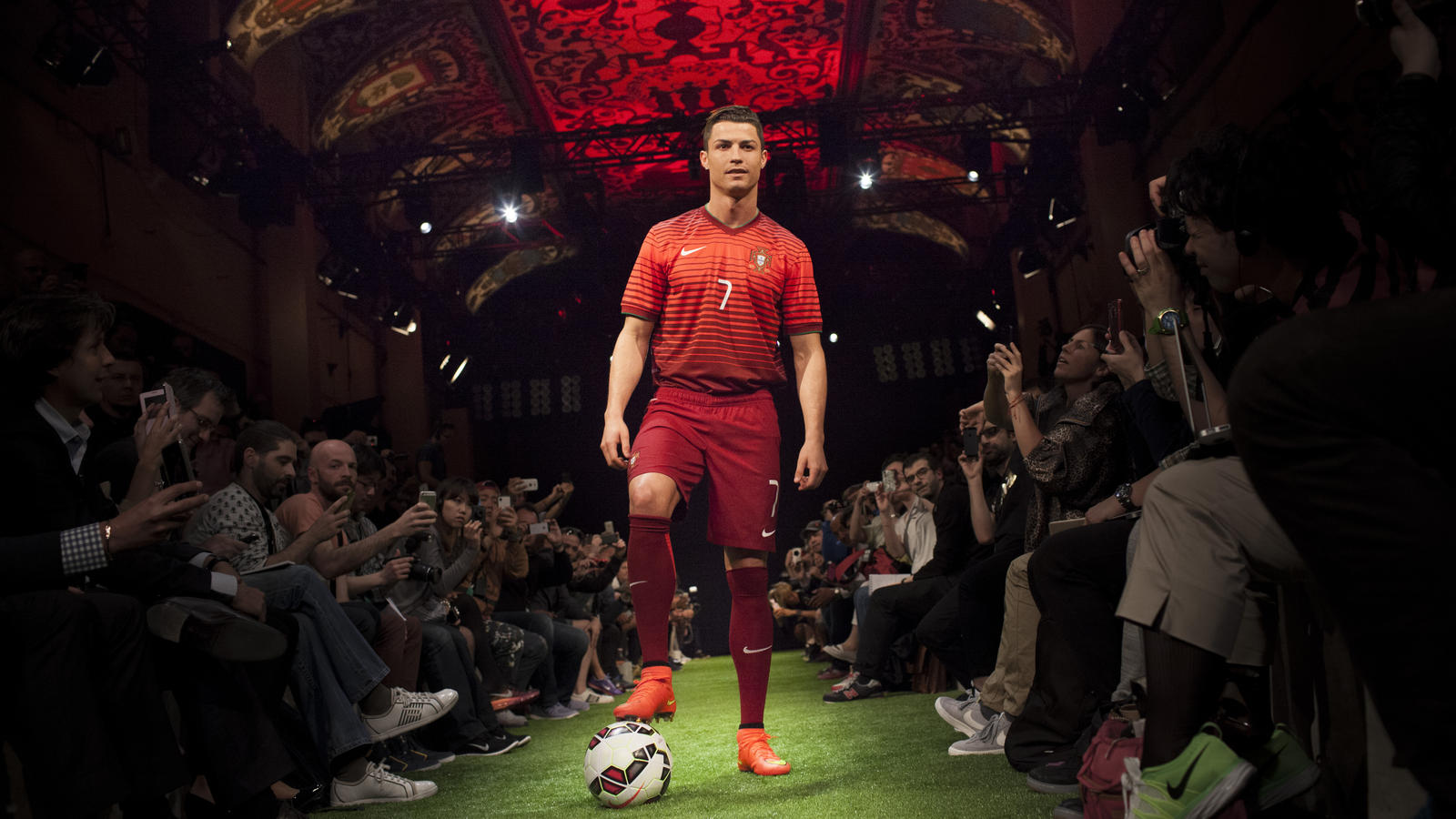 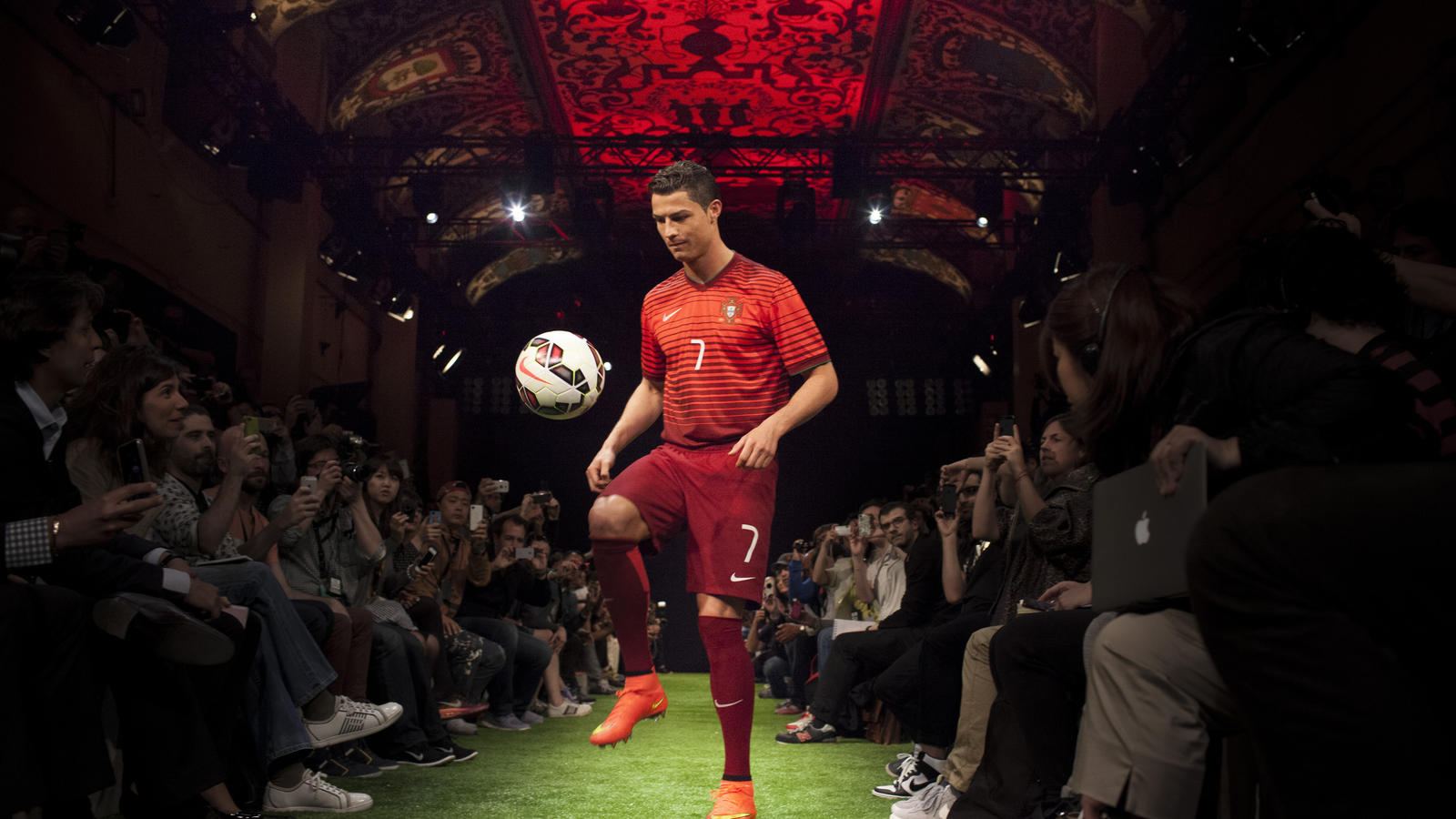 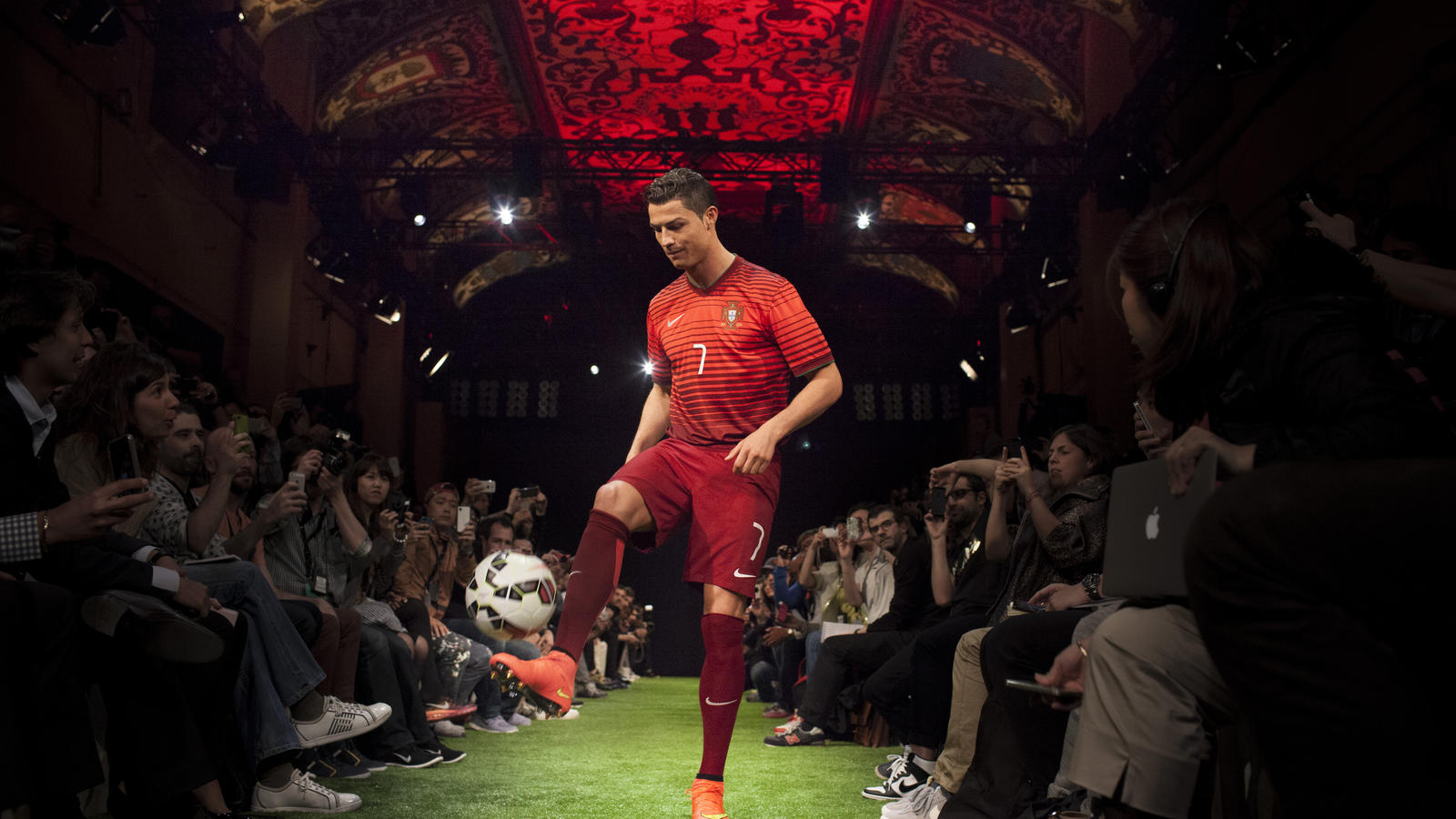 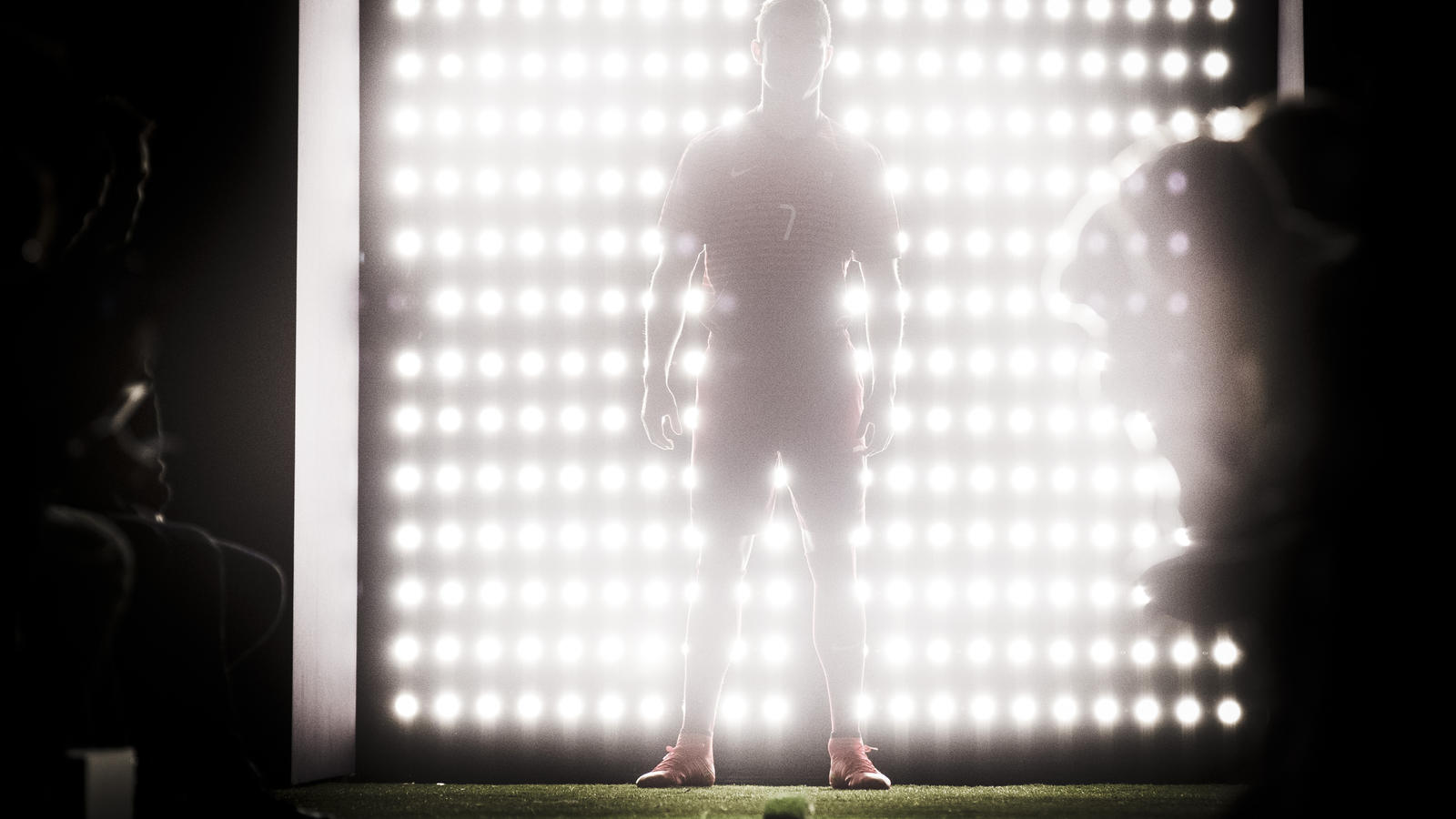 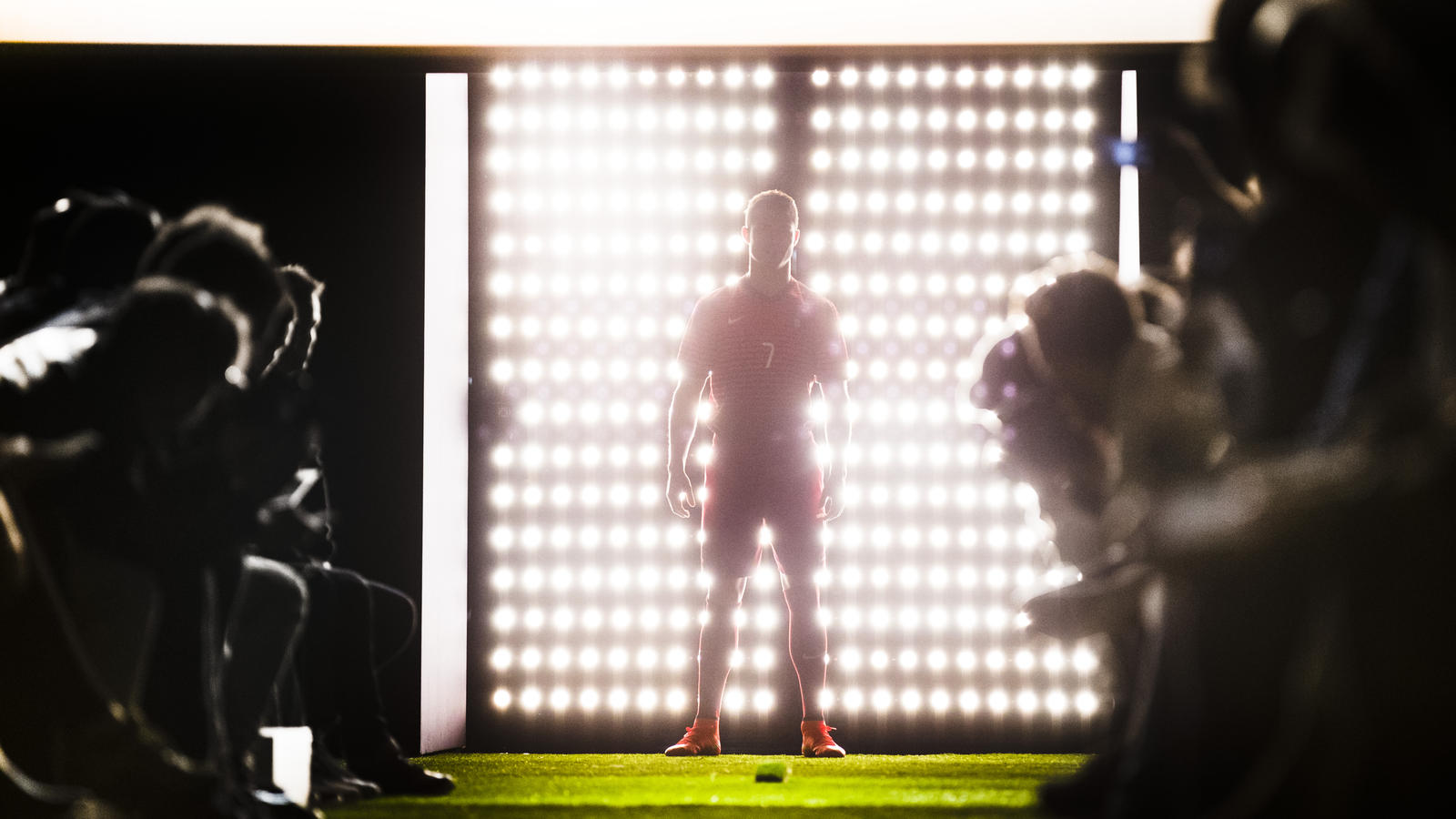 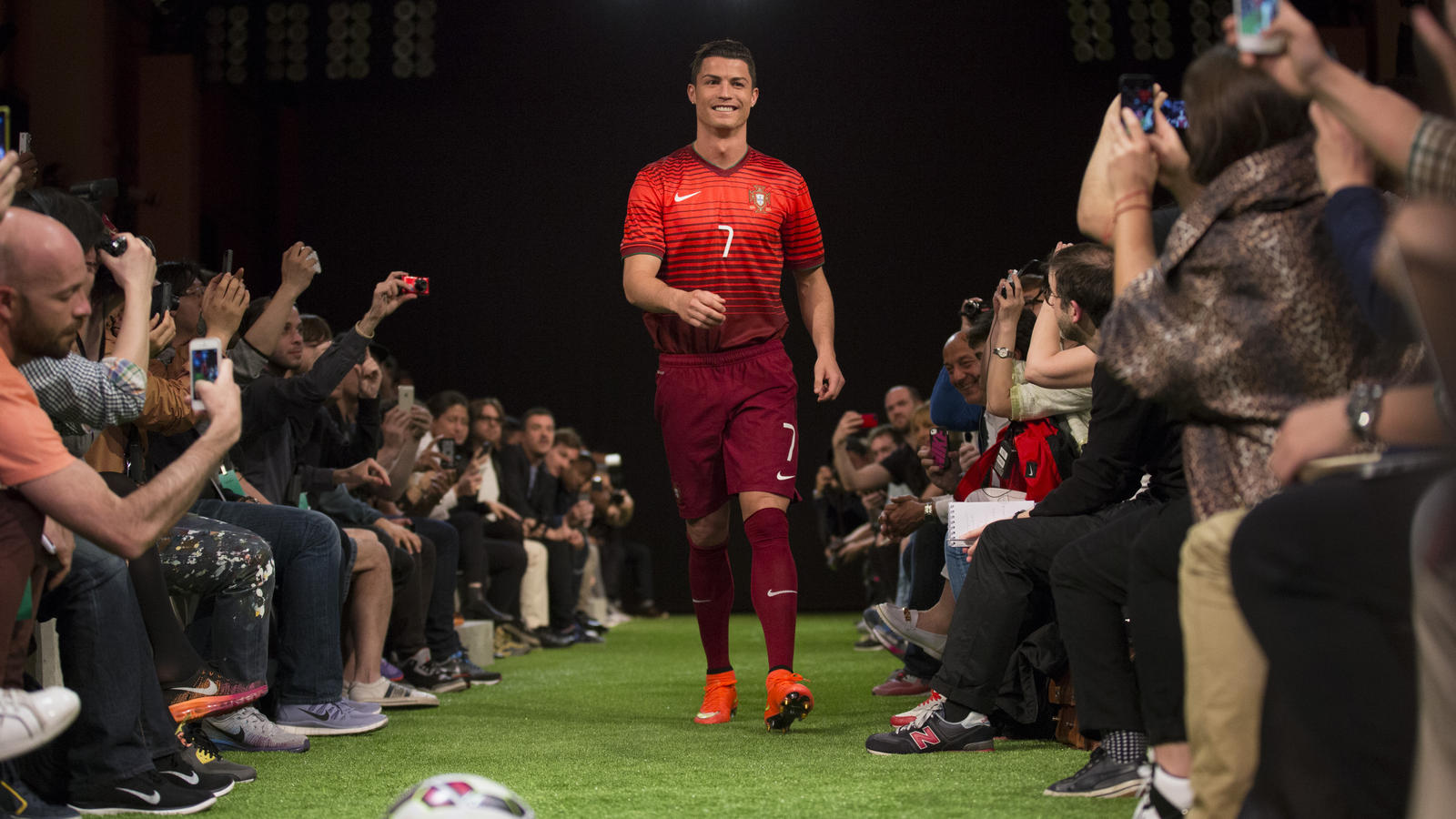 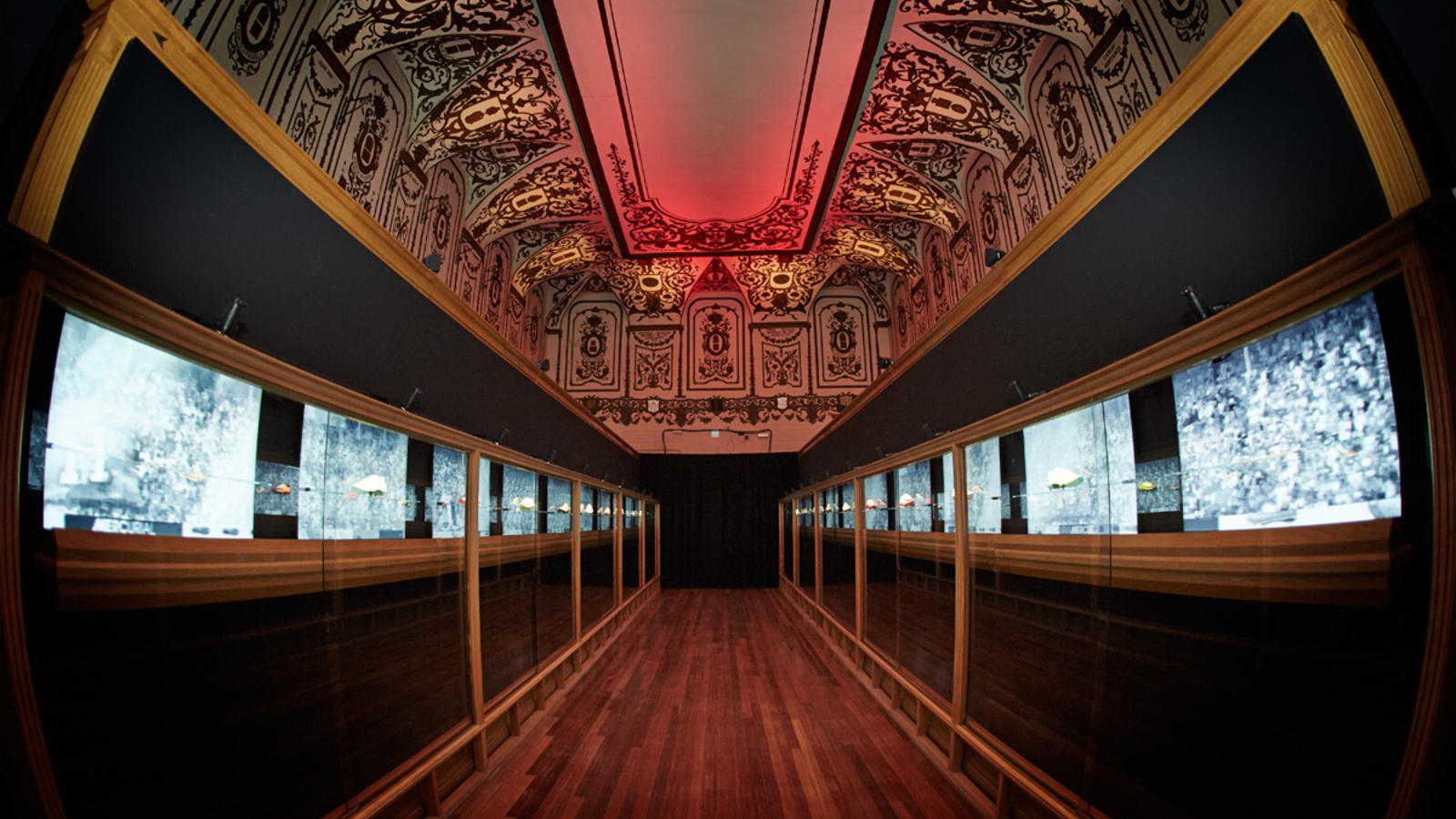 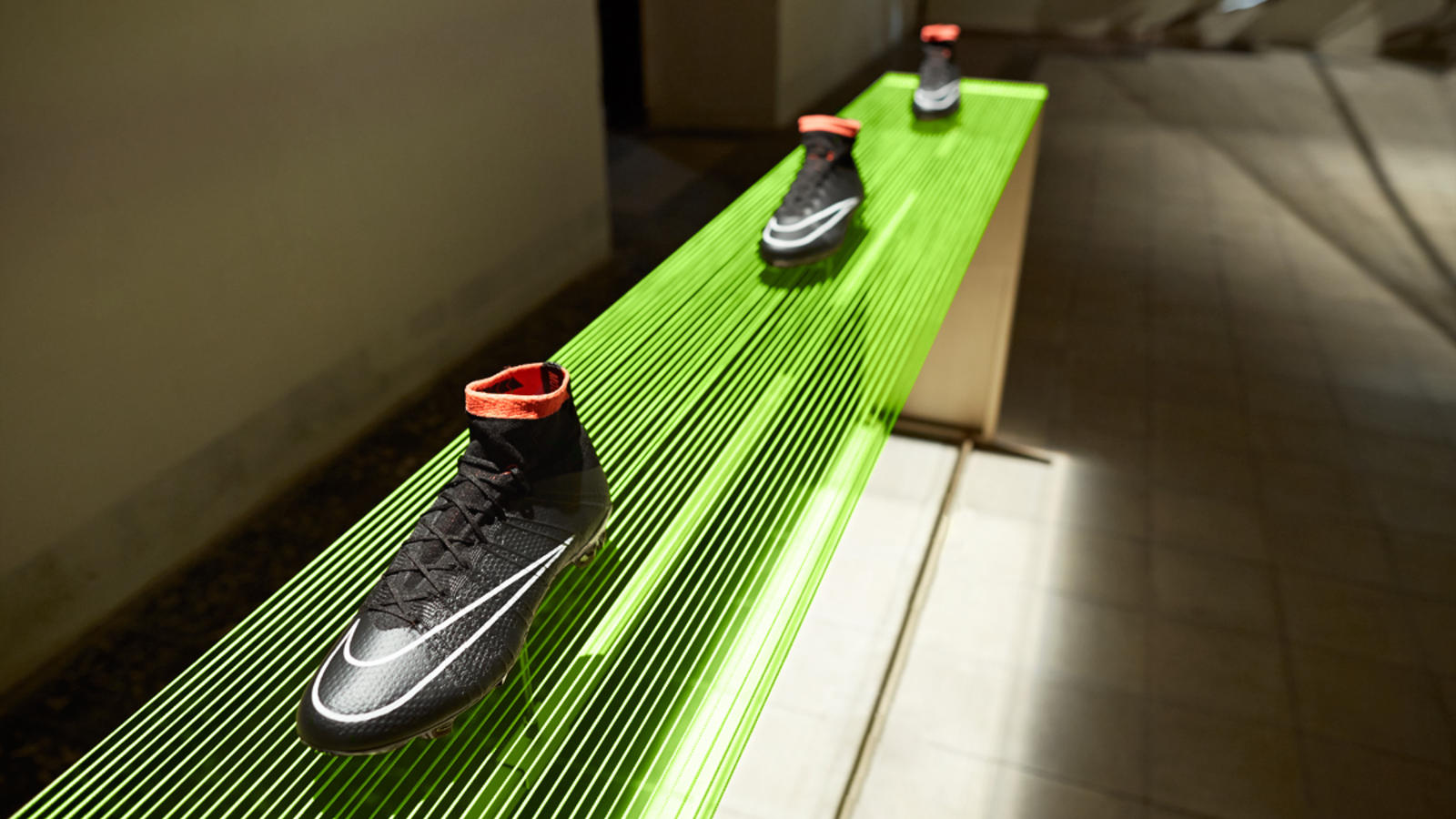 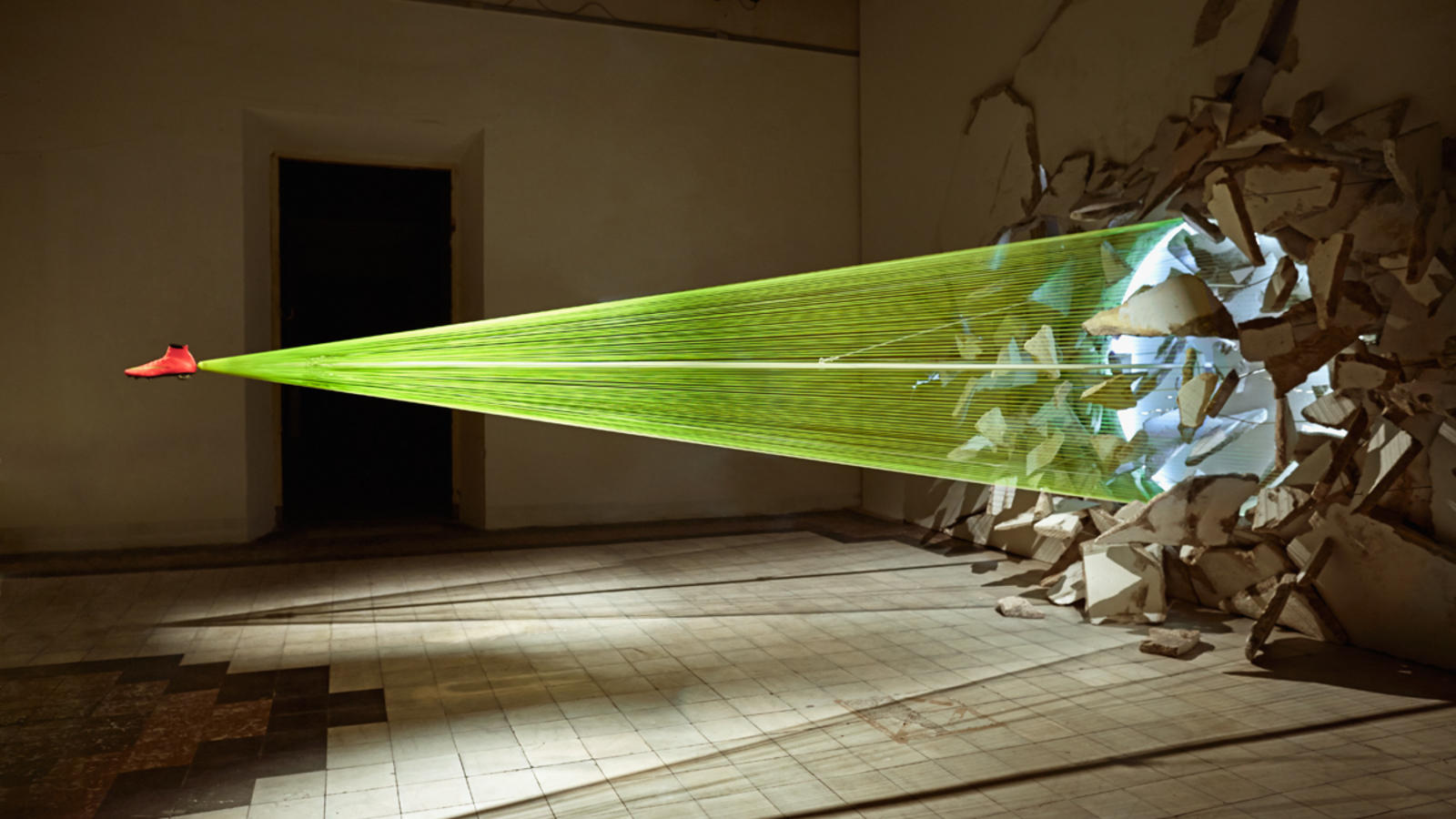 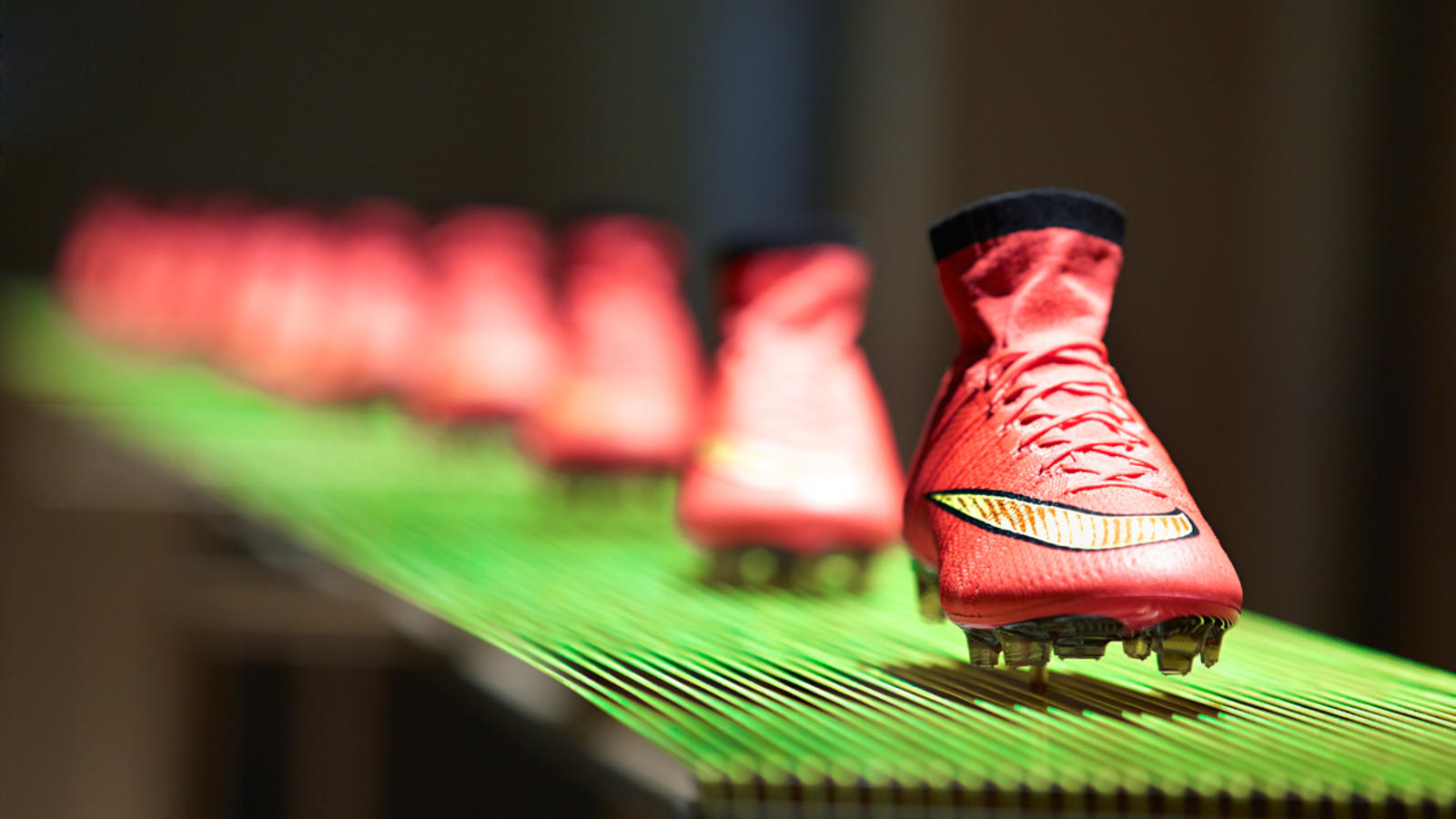 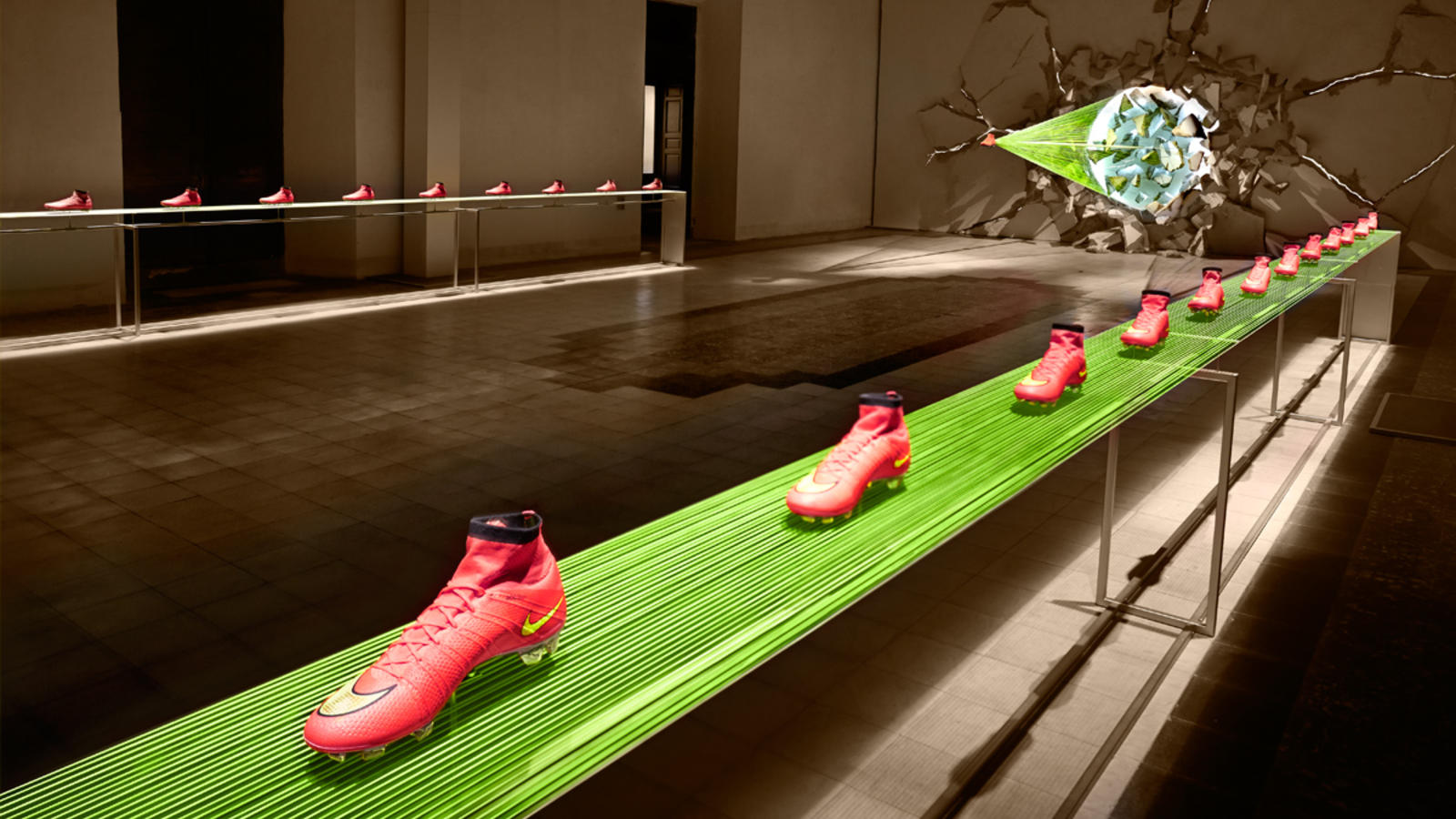 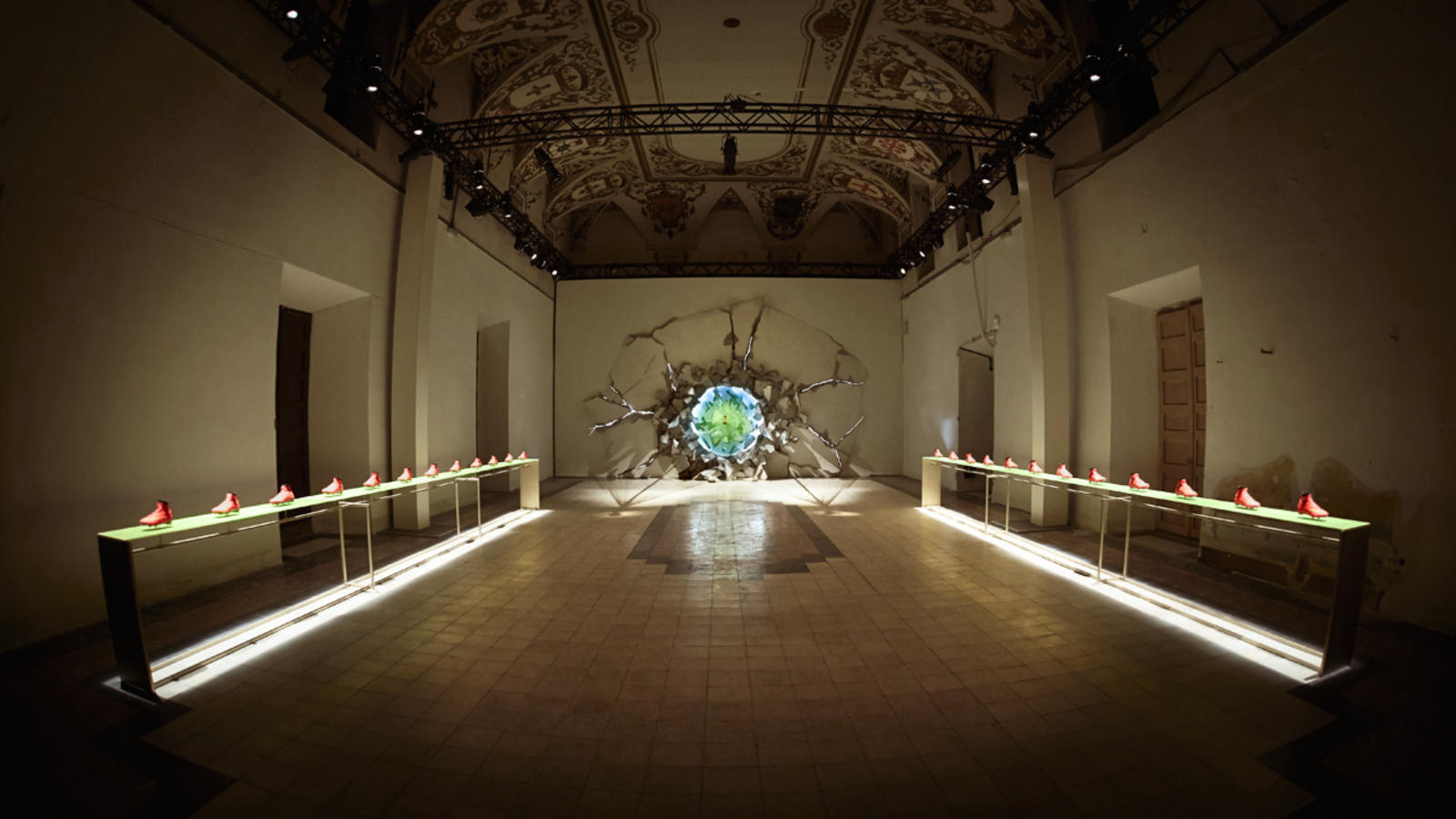 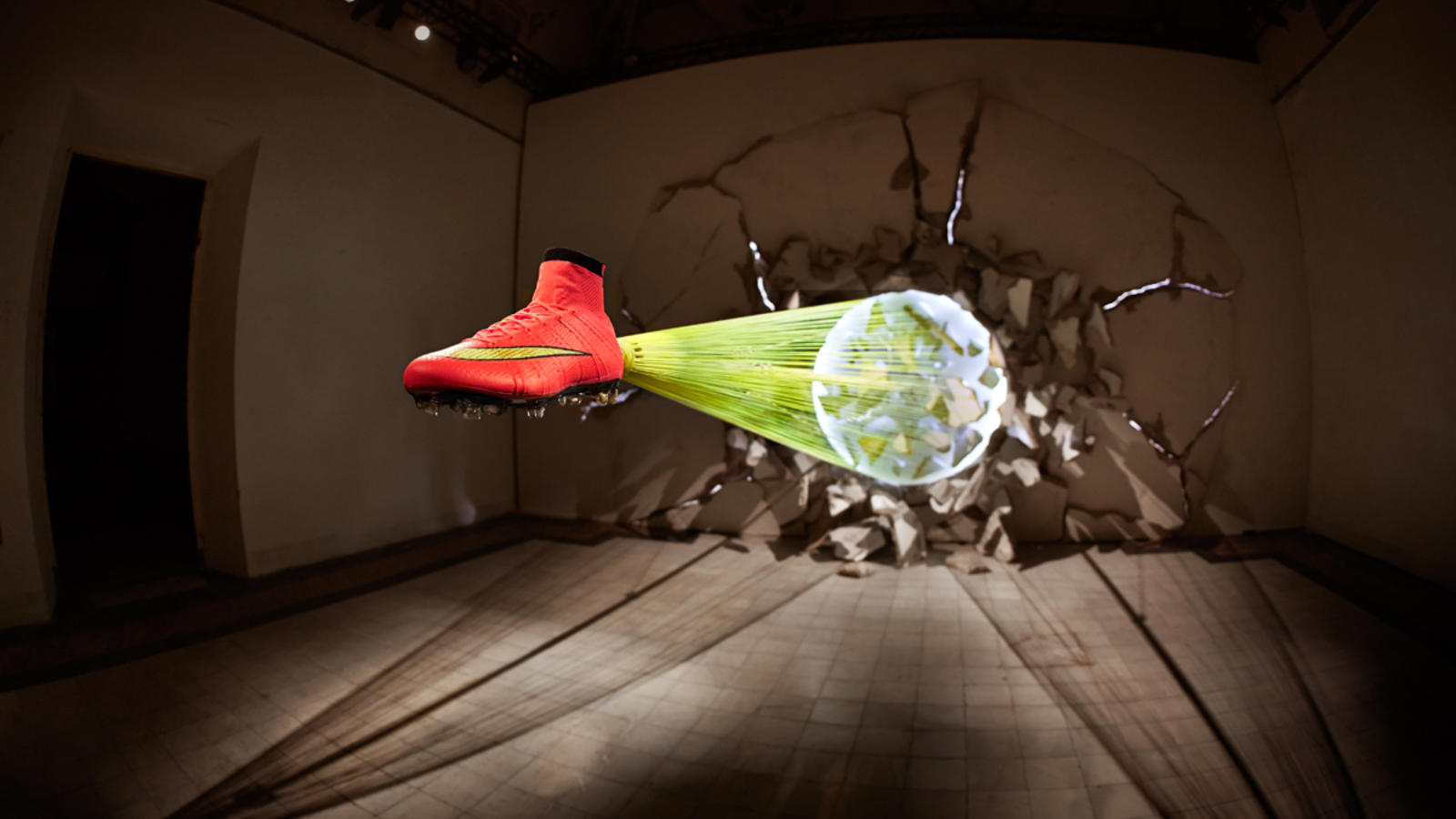 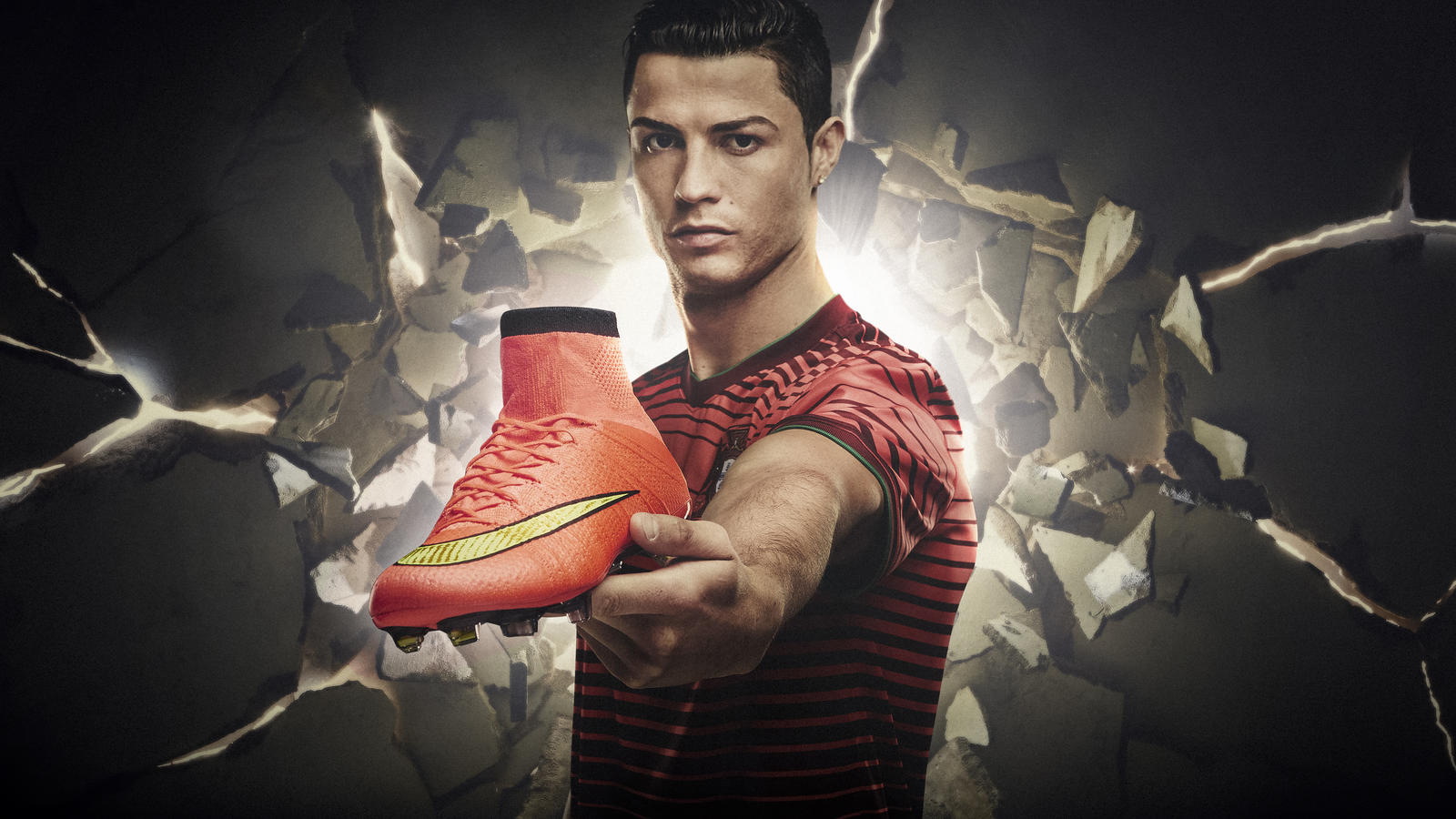 Continuing the storied history of the boot that transformed the industry, Nike launches the new generation of the Mercurial to match the speed of today’s game.

The new boot, unveiled today by Cristiano Ronaldo in Madrid, is born from four years of R&D in the Nike Sport Research Lab.  Driven by insights from the world’s fastest athletes, the Superfly is created to revolutionize speed.

First unveiled in 1998, the original Mercurial was a radical and unprecedented piece of design that established Nike as the leader in football boot innovation. With the new Mercurial Superfly, Nike has created not just another cutting-edge boot but a leap forward for on-pitch speed.

“With its new design innovations, the 2014 Superfly makes a quantum leap forward in what high performance boots can be – and what they can help players achieve,” said NIKE, Inc. President and CEO Mark Parker at the Madrid unveiling. “Fueled by Nike Flyknit technology and with a bold new silhouette, the Mercurial Superfly will be the boot of choice for the game’s fastest players.”

Since its debut, Mercurial boots have been synonymous with speed. The Mercurial Superfly is designed for the player who is always a step ahead of his marker and the game itself. This boot allows players to unlock their potential and earn that split second that can open up the game.

“Innovating for the game's best is the very soul of Nike. It is the fundamental pillar of who we are,” said Trevor Edwards, President of the Nike Brand, at the unveiling. “And as players get faster and stronger, we challenge ourselves to keep improving – because sport is about constant progression – and so is the Nike brand.”

“Today is the culmination of that journey as we head toward Brasil,” Edwards said. “It’s a journey of innovation fueled by our deep-rooted passion for the game. Like the players we design for, when it comes to the World Cup we hold nothing back. Because when the eyes of the world are upon you, you have to bring your best. At Nike, we live for these moments; it’s what we do. We know the dreams of entire nations rest on our athletes’ shoulders, so we ensure they have what they need to succeed. Every day we challenge ourselves to live up to their ambition. They choose brilliance. And so do we.”

The Mercurial Superfly’s revolutionary design is driven through Nike’s most advanced technology: Nike Flyknit. A new three-knit weave puts less material between the foot and the ball to enhance players’ touch – a vital element when operating at high speeds.

The high-top Dynamic Fit Collar, which radically transforms the Mercurial silhouette, is designed to create a better fit and a heightened sensation of the boot as an extension of the foot.

“Players have told us that the Mercurial fits like no other boot,” said Phil McCartney, VP of Sport Performance Footwear. “It feels like an extension of the body because the Dynamic Fit Collar integrates the foot, the ankle and the lower leg. It removes distractions and allows the player to be quicker to the ball and quicker with the ball. This is the huge advantage of Flyknit: We can tune a boot to match a player’s attributes.”

Other vital breakthrough additions include Superfly’s Brio cables, which are knitted directly into the upper and locked into the outsole. By connecting this tendon-like support to the heel, the Superfly acts like a slingshot that helps propel the player forward.  In addition, a new, more-flexible full-length carbon plate helps players to more efficiently transmit power through the ground.

Added studs at the boot’s heel offer stability, and extra traction has been placed at the toe to give players more grip and propulsion during the critical final 10 percent of their stride.

“During the four years that we developed the new Superfly, we kept hearing the same message from our players: The game has changed,” McCartney said. “It’s more intense than at any time in history. Players are fitter, stronger, more athletic and more technical than ever before. Based on those changes, our players told us they needed to be faster.” “We’ve delivered the boot for this new game because we know what a split second means. It can mean the difference between qualifying for the next round and elimination. It can mean the difference between being a champion and being a footnote. At Nike, we design boots to bring out the champion in all of our players. That drive and pursuit of perfection has led us to today and the Mercurial Superfly.”

The Mercurial Superfly is available to pre-order at nike.com from May 26, and on sale from June 12.