The Futsal-Focused Nike React Gato is All About Ball Control 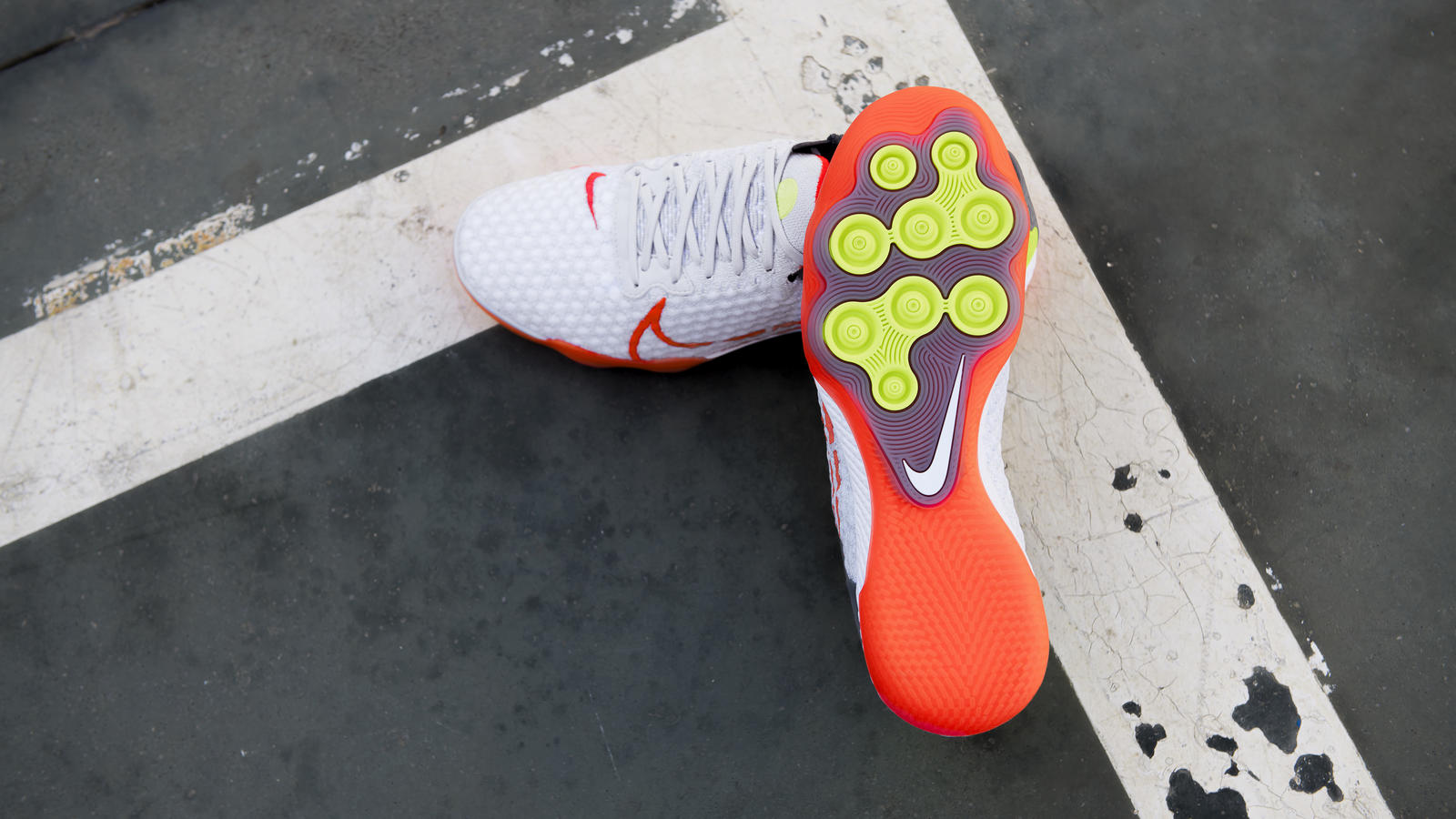 The boot’s design is informed by studies in the Nike Sports Research Lab (NSRL) that recorded a library of futsal moves and gathered data on the directional forces at play while players control the ball. The research is all about enhancing touch and improving control in the fast-paced, tightly-spaced, small-sided game.

During a 40-minute futsal match, the number of touches, shots on goal and meters covered per minute by each player exceeds those in an 11-player, 90-minute match. There are four times the touches, twice as many shots, and, on average, four times as many goals scored. These statistics are indicative of a game that requires players to adapt quickly — skill is defined by a creative mix of individuality, style and muscle memory — and play fast. 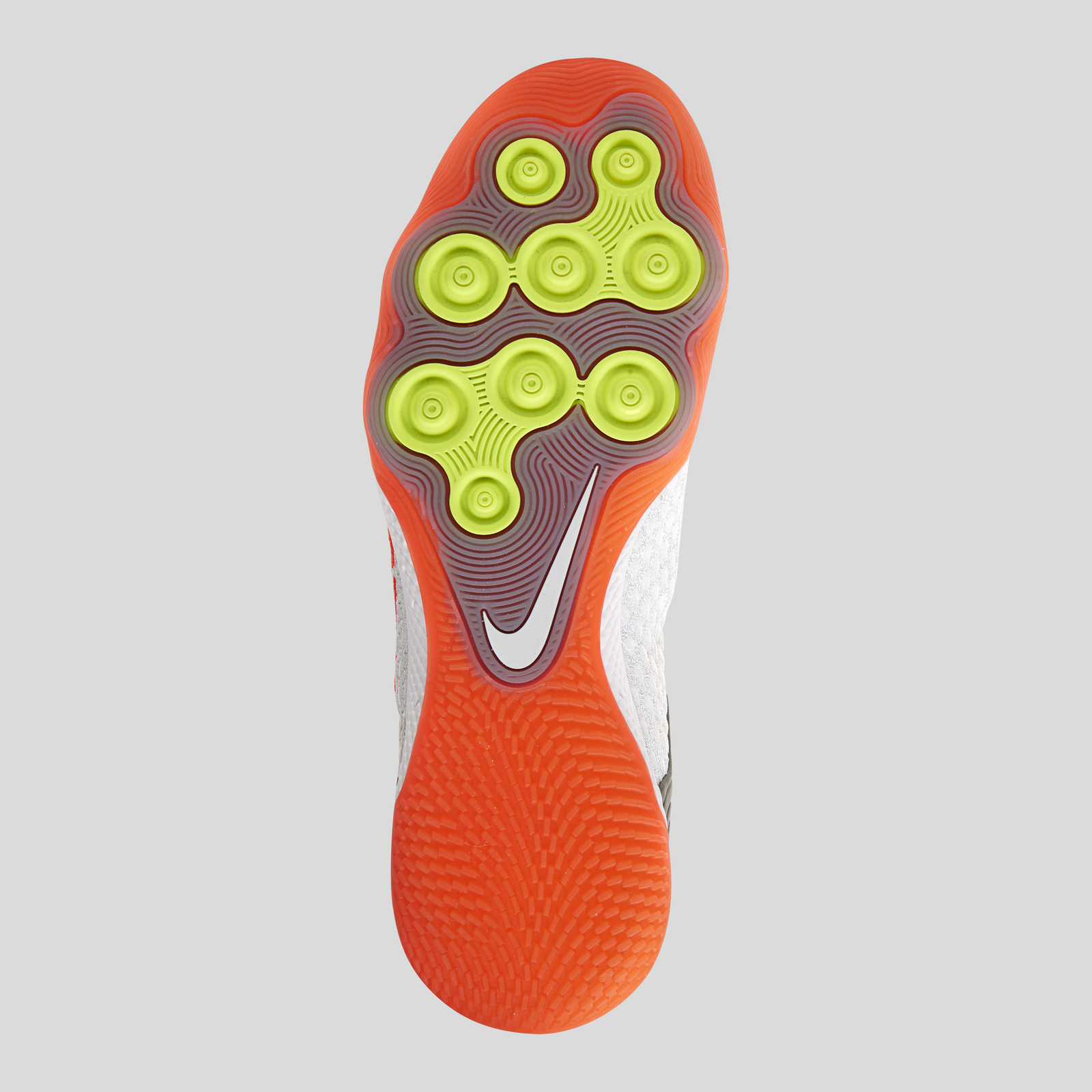 Combining this understanding with the NSRL data, the Nike React Gato’s three innovative technologies are highlighted by a new outsole tooling and resistant upper. Nike Touch360 features flexible “touch pods” that function like pistons, allowing wearers to feel the ball. The touch pods are placed where pressure-mapping shows primary underfoot touch points and are designed to give players a better sense of where the ball is underfoot. This promotes a heads-up play mode that allows for faster reactions on the pitch, negating the need to look down at your feet.

“The more players can feel the ball, the more they will be able to control it and concentrate on their next move," says Joel Bagby, Nike Football Footwear. “The pistons are the initial contact point between the ball and the foot, and this touch sensation informs players of the position of the ball based off of the geometry of the touch pods for underfoot awareness.”

A secondary benefit to the tooling is multidirectional traction to support quick cuts and sharp movements. 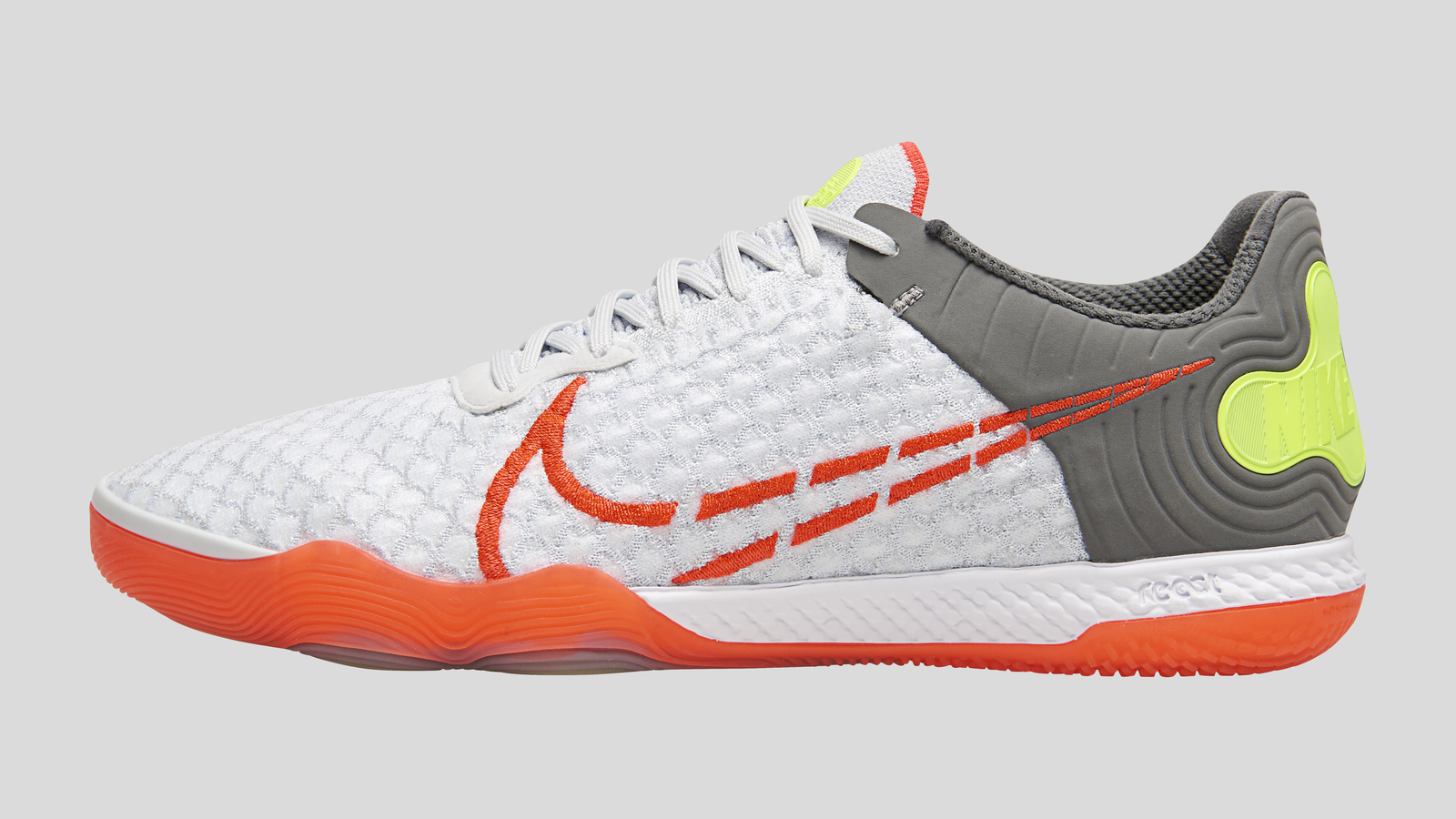 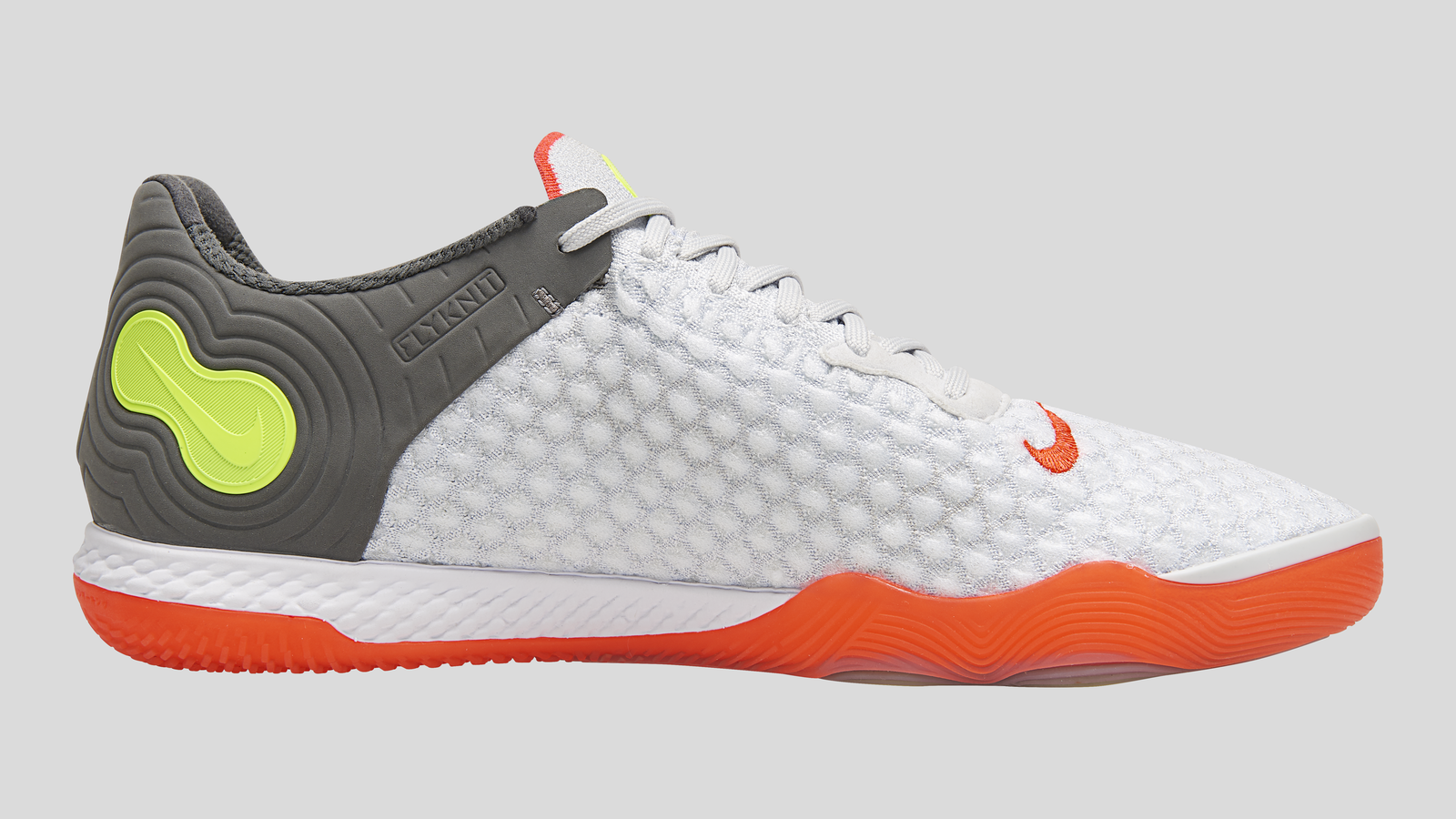 “During a futsal game, players drag their feet constantly, and in many different directions," says Bagby. "With this new knit programming and yarn selection, we were able to create discrete abrasion resistance zones that can move and stretch around your foot, bringing a comfortable experience."

The Nike React Gato releases February 6 on nike.com and at select retailers.