When Nike asked runners what they wanted out of their running shoes, they got very specific answers: They said they wanted better cushioning. They also said they wanted better energy return. And they needed their shoes to be lightweight, of course. Oh, and they had to last too. In a way, they wanted everything. The tricky thing is that these four qualities are incredibly difficult to deliver in one material because they’re opposites.

See, materials are soft because they absorb energy. “Think about your pillow — when you’re laying your head down to go to sleep, you don’t want it to bounce back up after it hits the pillow,” says Ernest Kim, Director of Advanced Footwear, Nike Running. “Instead, you want that pillow to absorb all of the force of you laying your head down so that you can get a good night’s sleep. That’s what we mean when we talk about great cushioning.”

On the flipside, hard materials give the most energy return. That’s why typically foam can provide cushioning or energy return. And why it can be lightweight or durable. But usually it can’t be all of those things. An exception: Nike React technology, Nike’s latest cushioning innovation and a significant breakthrough in footwear foam.

Nike React foam cushioning launched in June 2017 in basketball — a sport that requires players to shift direction and speed in seamless motion and to lift off at the blink of an eye. The foam met those needs by providing a sensation that is as soft and springy as it is squishy and stable — a balance not previously seen in any other Nike basketball shoe.

To get there, Nike’s in-house chemists and mechanical engineers came together to test ingredients to see which composition would yield the perfect outcome. It was a process that demonstrated Nike’s in-house manufacturing ingenuity. After more than 400 hundred combinations of chemistry and processing, and using scientific methods to dial in on materials with certain amenable attributes, they landed the unique composition of Nike React foam.

From there, they put Nike React technology through more than 2,000 hours of testing on the feet of basketball players, where it proved to be the most durable foam and to deliver greater energy return than any other Nike basketball shoe tested. Because the runners expressed that they craved similar sensations, it was a no-brainer to take Nike React technology to running shoes.

With the basketball shoes, designers encased the Nike React foam in order to provide durability and stability for traction control the players needed, but with running, engineers uncaged Nike React technology to showcase its full potential for the road. 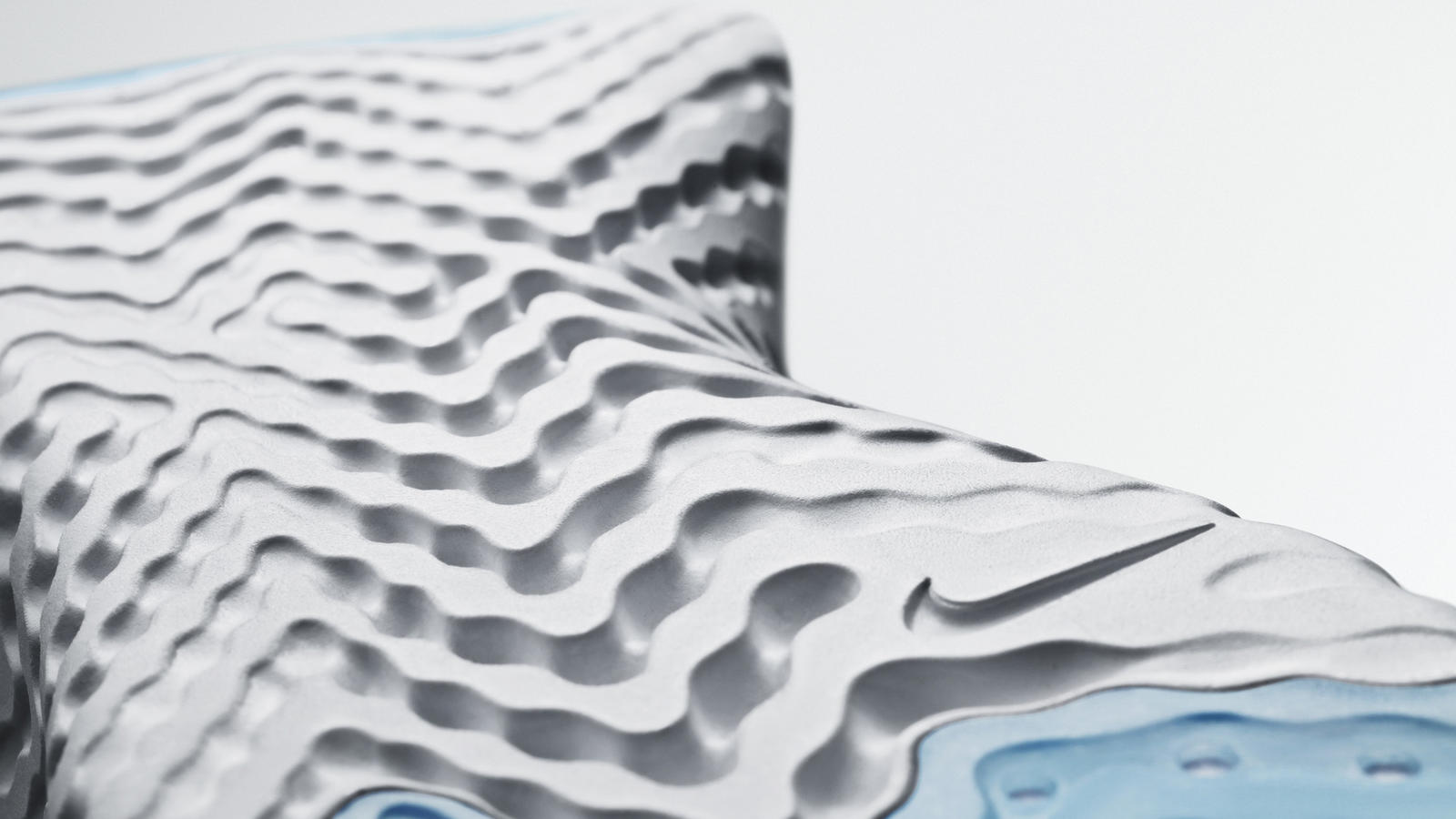 Designers were able to use one piece of Nike React foam (no carrier, cement or glue) to create the midsole and outsole of the first running shoes that features the technology. 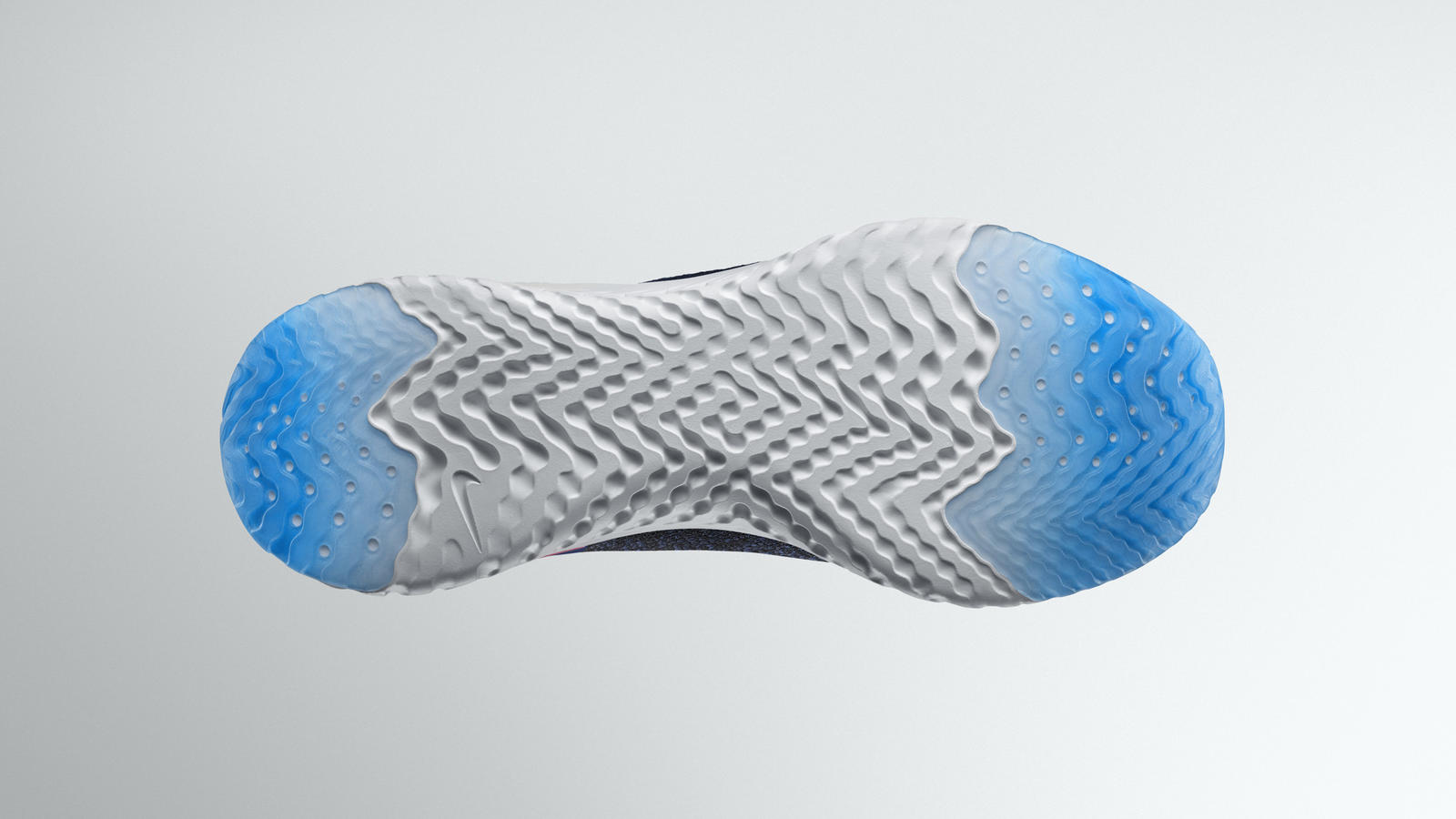 Wondering what that feels like? Well, if you were to squeeze Nike React foam, you’d get that great cushioning sensation; and then, as you let go, you’d see the foam quickly spring back to its original shape, which is where the energy return comes into play. That translates so well to a run because as it reacts swiftly to each step, bouncing back to its original state to ensure a consistent underfoot feel stride after stride, mile after mile.

On top of all of this, Nike React technology is Nike’s longest-lasting foam, giving runners the energy to do more and go farther. “Nike React is more durable than any other foam we’ve tested in Nike running, meaning it will keep up with the needs of even the most dedicated distance runners,” says Kim.

When it came time to get the foam into a shoe, designs turned to athlete data — how they move, in what direction and with what force — gleaned from the lab. This data was visualized through pressure maps that showed exactly where athletes need support and enabled full optimization of cushioning and traction. “This allowed us to make rapid, data-informed decisions on how to shape midsoles and outsoles to maximize the benefits of Nike React foam,” says Kim. They then took this a step further by feeding that data into a proprietary algorithm, and that algorithm generated a unique surface geometry that further amplified the running performance benefits of Nike React technology.

The last piece of the puzzle: The athletes had to love it. Elite and everyday runners tested Nike React technology in more than 17,000 miles of running, which converts to more than 27,300 kilometers. “Over that span, our wear-testers consistently told us that Nike React made them want to run more often,” says Kim. “My favorite bit of feedback came from a wear tester who said of running in the Nike Epic React: ‘It felt fun — it makes you want to run.’”