Debuted on the Paris runway, the Nike React Element 87 has a futuristic, technical vibe that belies its origins. 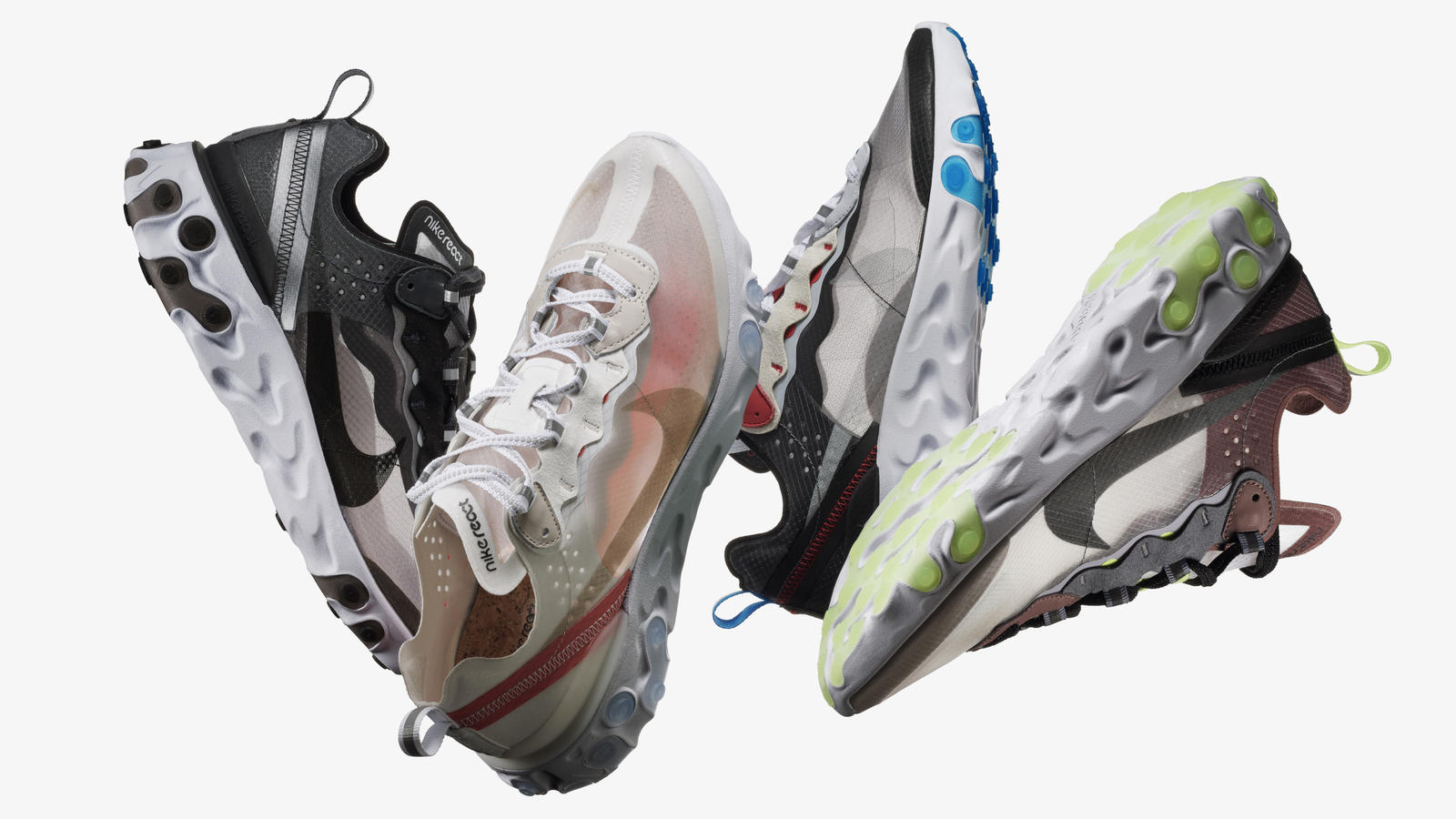 A slab of foam and a drill.

These two simple articles were the starting points for the silhouette, developed by Nike Sportswear’s special projects team and spurred by ideas related to maximizing cushioning for everyday use. What exactly does that mean? Essentially enhancing underfoot comfort for the variety of discrete movements that people do during daily life (think: standing, shifting, walking and occasionally sprinting).

Equipped with a series of pressure maps and a drill, designers entered full discovery mode. They got the foam. They drilled holes. They found, through trial and error, which depths and densities accomplished comfort goals. Then, they pivoted. 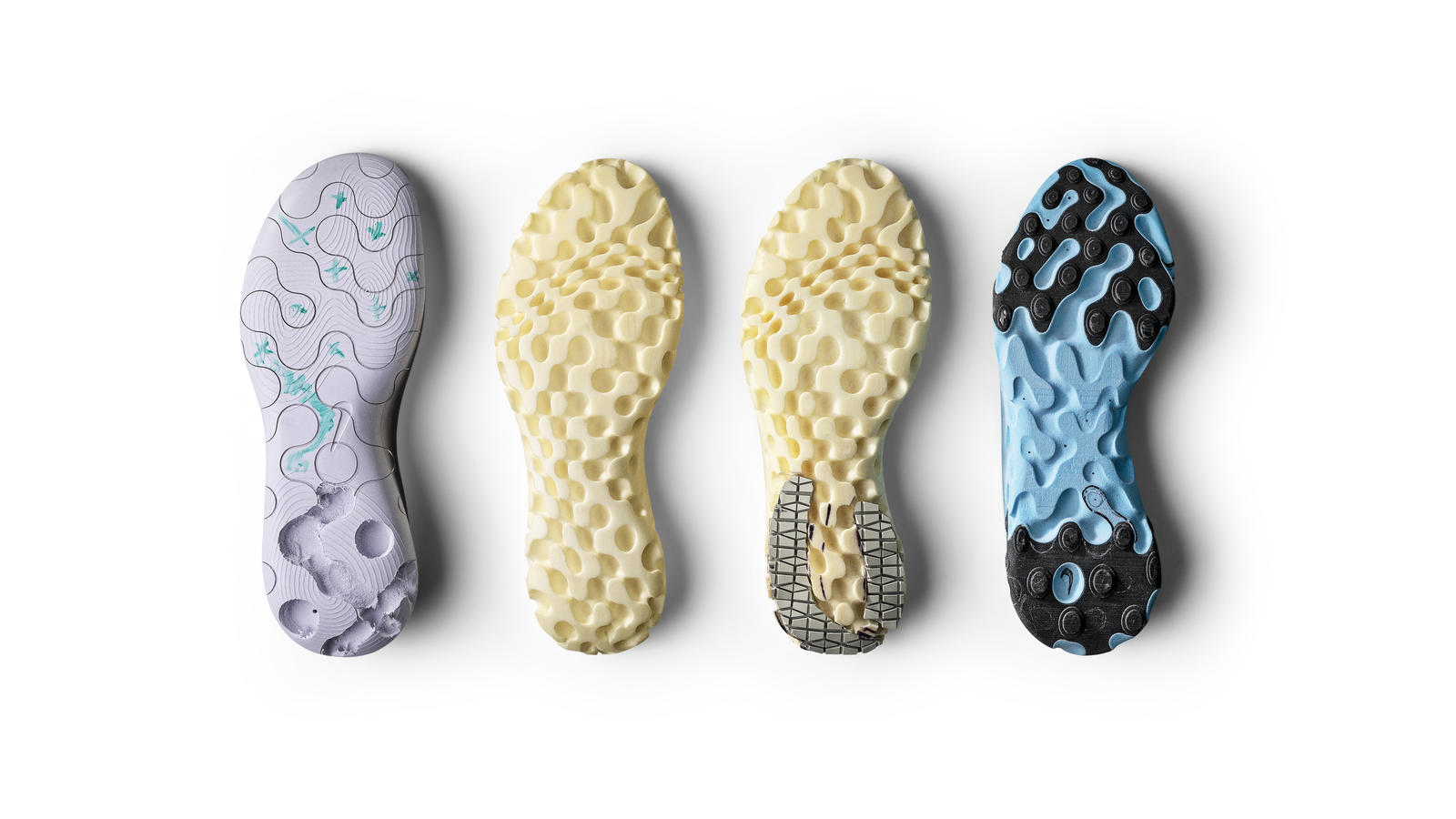 Evolution of drill experiments on the Nike React Element 87 outsole

“At first, the whole process was one of those back-to-basics type of things,” explains Darryl Matthews, the Footwear Design Lead for NSW Innovation. “But then we took what we’d learned and applied it through computational design scripts. That’s when things really started clicking.”

The densities and pressure maps were figured through what is known as a tile (essentially the graphic part of an equation) to create a patterned midsole delineating where the drill experiments had realized those different densities but now perfectly scaled to every shoe size. In this action, the design of the Nike React Element 87 is similar to that of the Nike Epic React.

In fact, the pattern on the Nike Epic React — tighter and stiffer — relays the running shoe’s performance capacities while on the Nike React Element 87 — looser and wider — it visualizes the casual silhouette’s soft bounce. It’s there that a rudimentary approach yields sophisticated results. 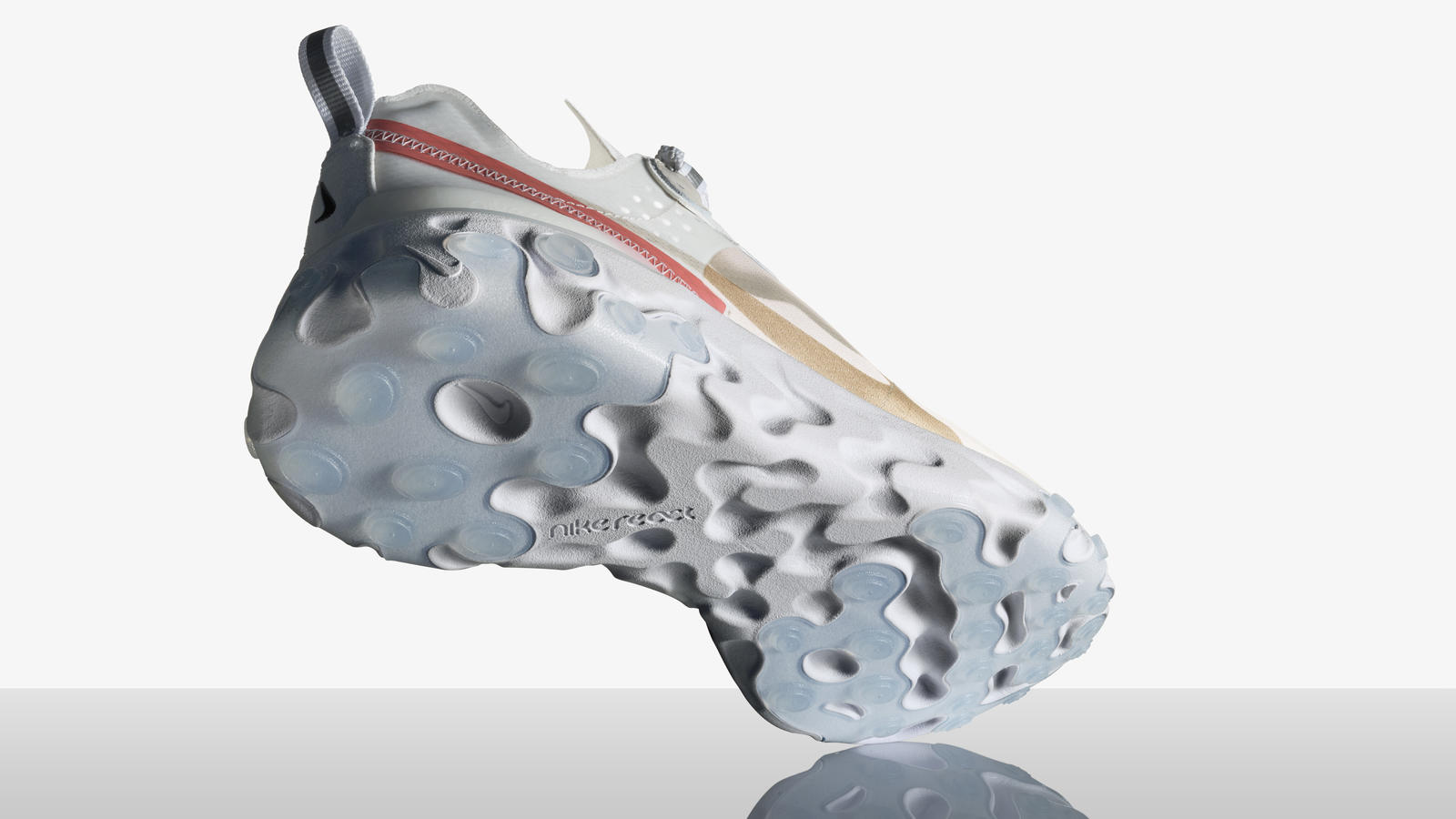 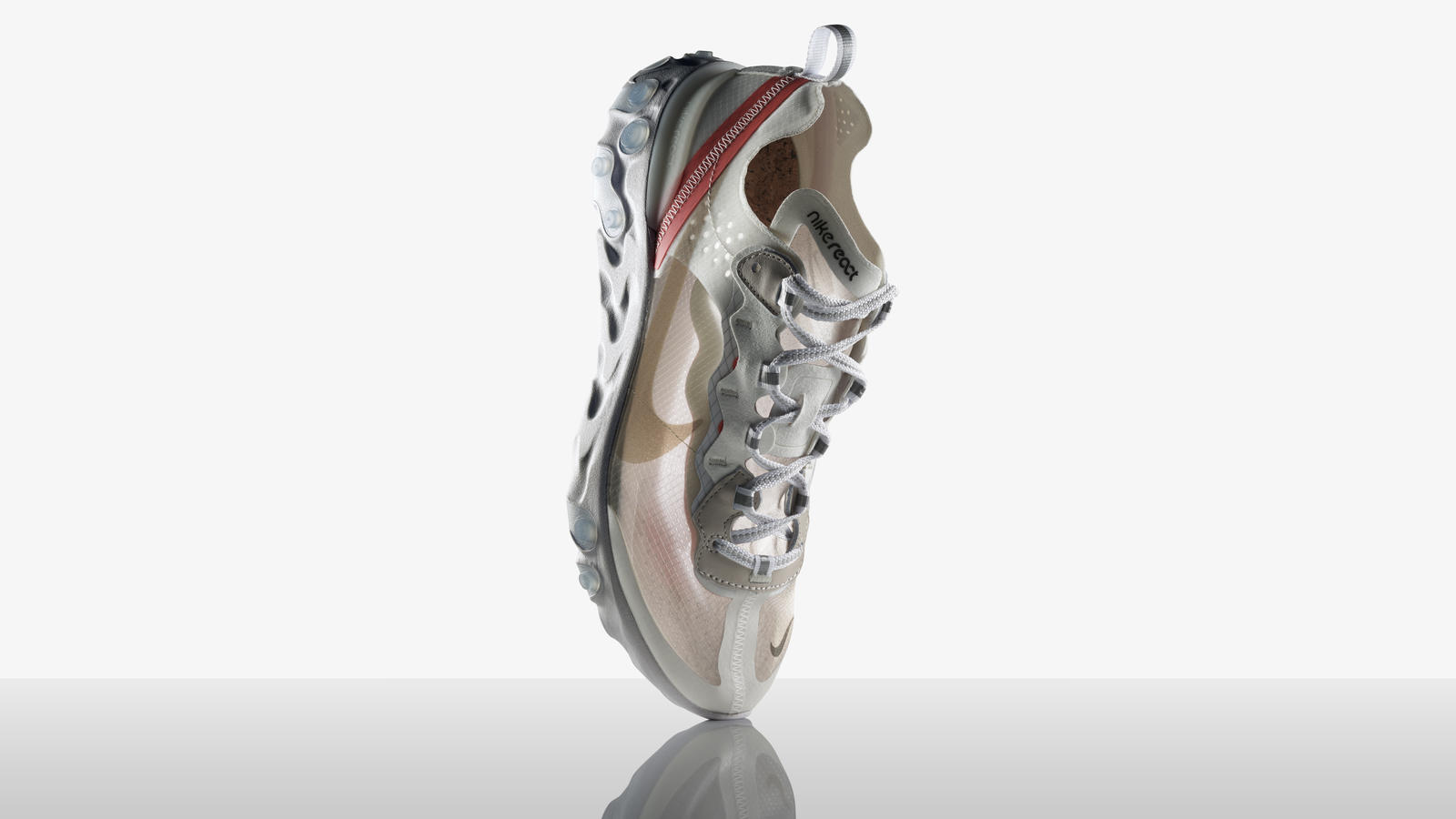 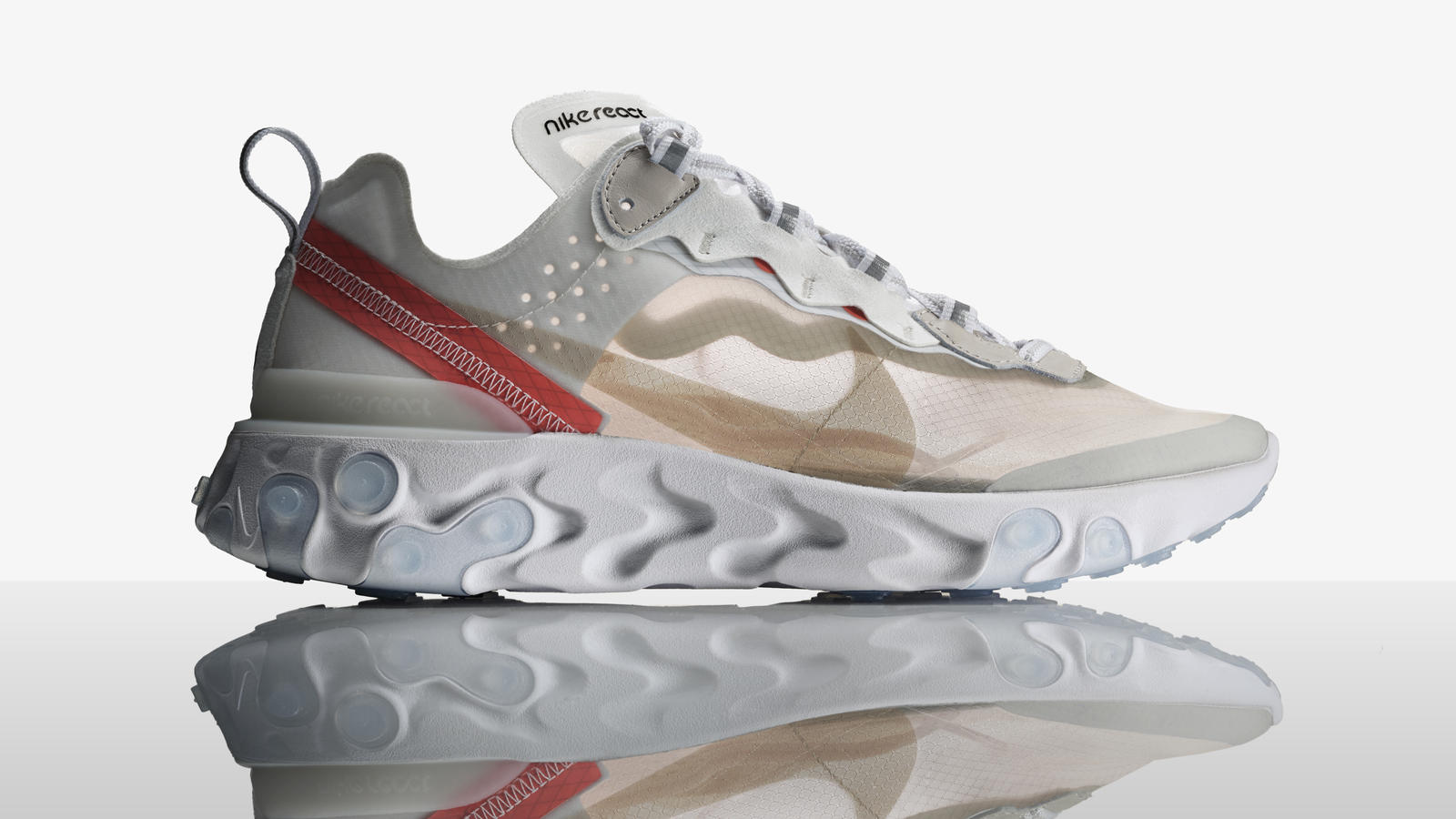 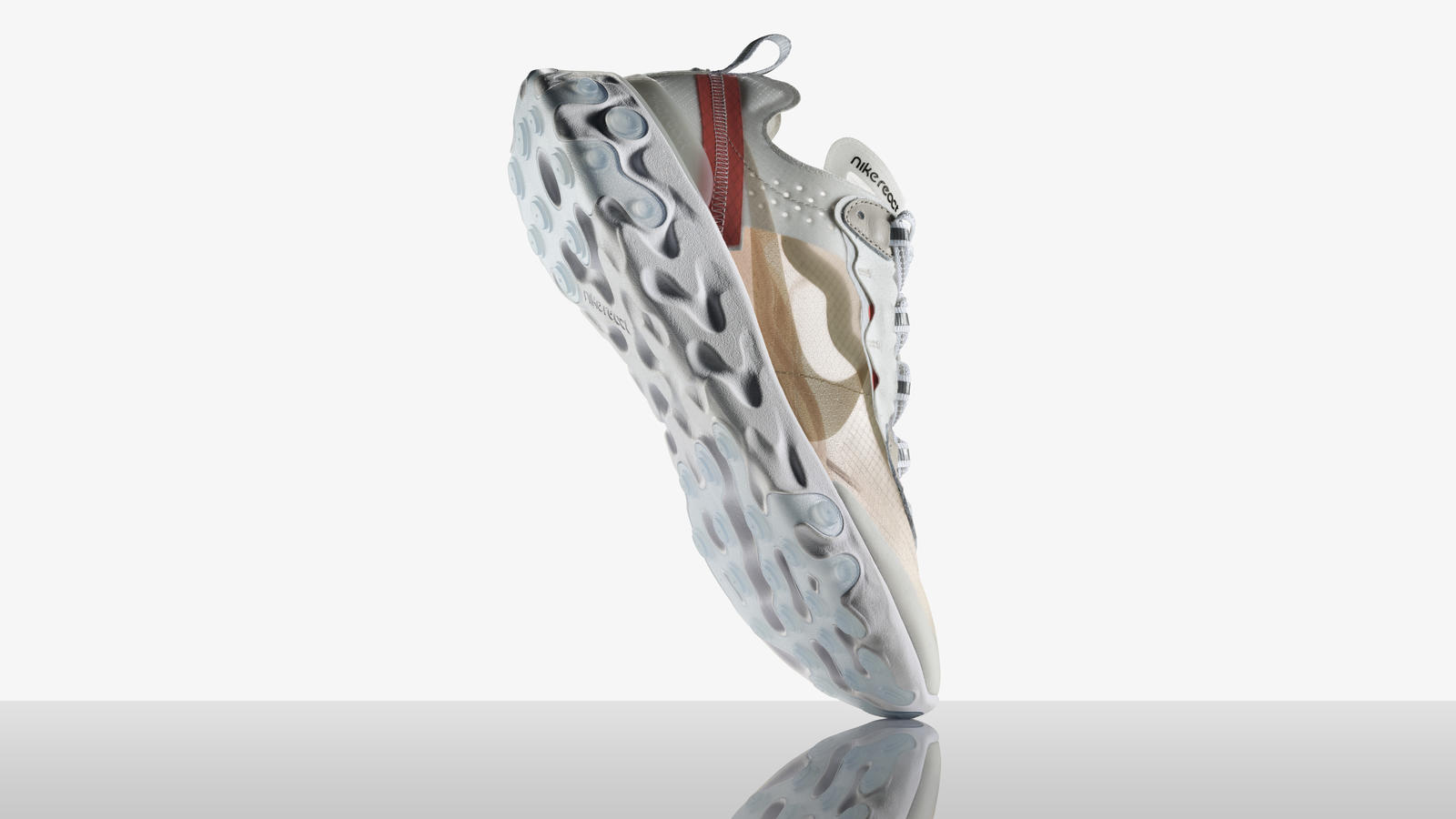 Savvy contemporary refinement to an old design device is also evident in the upper of the React Element 87. While its 100-percent TPE yarn textile upper exudes a very of-the-minute translucence, the treatment of the eye stay and the employment of a heel clip nod to iconic silhouettes of the past. This is consistent with Nike's overarching design theory: The problem a product needs to solve will always create its form. In many cases, this is balanced with a bit of familiarity so people can still connect with some of the simple elements from earlier Nike designs.

The antecedent of the React Element 87 is the Nike Internationalist, not only in its original 1981 configurations but also in later make-ups (check the heel clip). With the reference, however veiled, the special projects team hints at its program: scouring NIKE, Inc.’s past, present and future to rework, reinterpret and, ultimately, reconceive expectations about the possibility of lifestyle footwear.

With the Nike React Element 87, that mission was realized by drilling foam and applying a computational design filter. The results presented a new articulation of Nike’s React technology while an out-the-box interpretation of a friendly runner from the past yielded an avant garde new upper.

It’s proof that the new requires mastery of the old, command of the cutting-edge and a healthy dose of old-fashioned ingenuity.