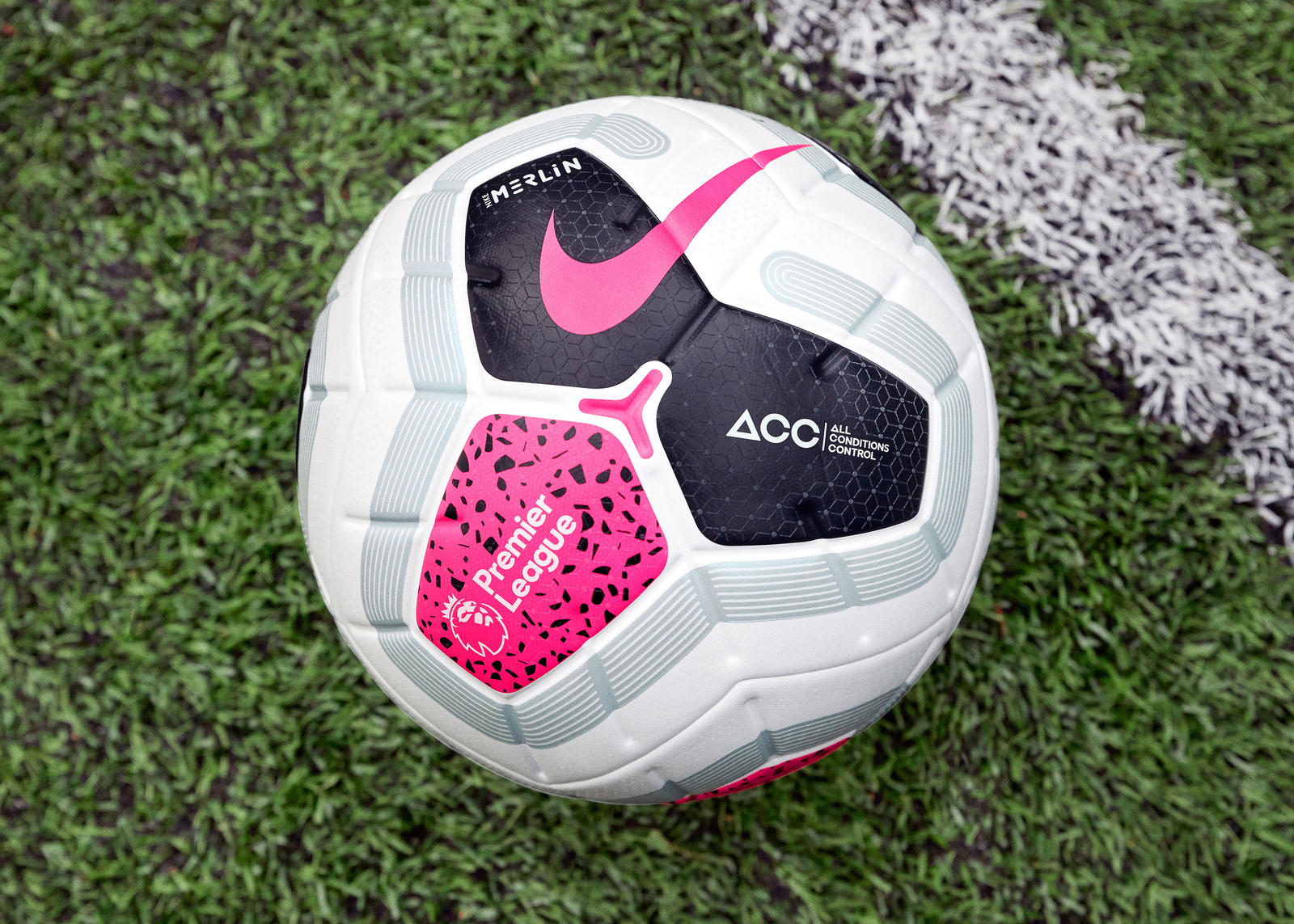 Continuing its facilitation of a faster style of play, Nike releases an exclusive Merlin football for the 20th anniversary of its partnership with the Premier League.

The 2019-20 football is the first version of the Nike Merlin that is produced solely for the Premier League. The distinctive modular graphic, adorned with vibrant colors, is inspired by the dynamism of the league and its vibrant fan culture.

The ball is designed to give players an extra edge through construction that builds off the features of the previous Merlin model:

•    It is comprised of four fuse-welded panels that create a bigger "sweet spot;" this enables greater range and accuracy.
•    Nike Aerowtrack grooves on the ball ensure a more consistent flight path.
•    Urban Grip, an updated version of Nike’s All Conditions Control (ACC) technology, allows for increased traction on all surfaces and in any weather.

The 2019-20 Premier League Nike Merlin Football will be available July 4 on nike.com.