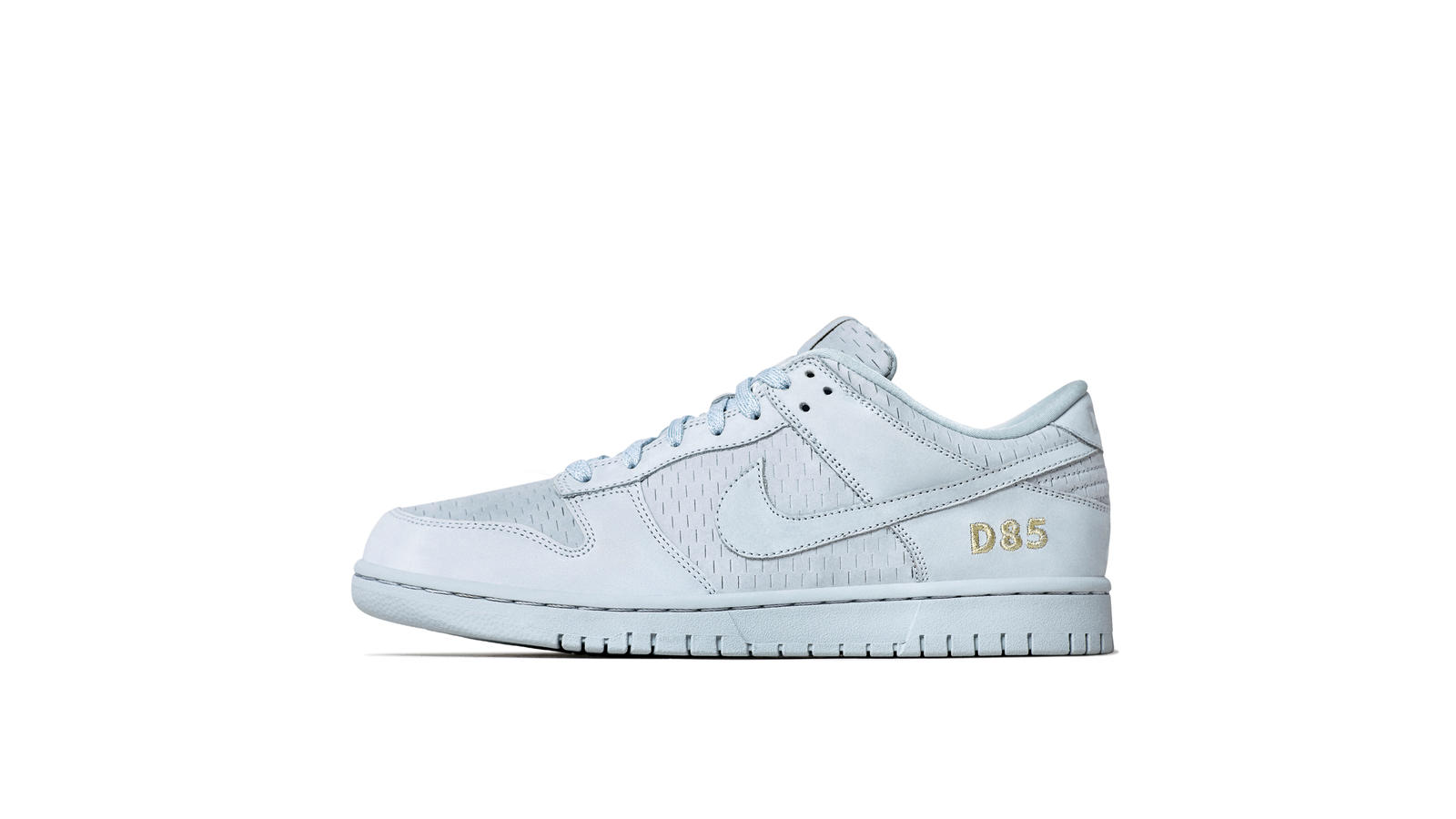 Across Berlin, prefabricated concrete structures, known as Plattenbau, line the city’s streets. These buildings, predominantly constructed as housing units, came into favor in the 1960s and came to define the aesthetic of the city. Though sometimes deemed harsh, this style of architecture also has its fans. From them, the designation "Platte" stems…as does praise of the culture that has emerged from the apartments within.

The Nike Plattenbau Dunk, dressed in a light grey with hits of gold, celebrates the Platte. Inspired by the concrete slabs of the Plattenbau, the grey also references the gloomy atmosphere within them. Laser etching on the upper replicates the systematic pattern of the buildings, particularly the connecting points of the large concrete slabs. The blue and gold lace tips bear the words “Traum” and “Tristesse” — two elements that can only ever exist together in a Berlin Plattenbau. As the wearer ties the two strands together, these words and their meanings intertwine.

Additional embellishment comes in the form of three golden marks: On the left heel D85 marks the introductory year of the dunk, while on the right D17 signals the release of the Plattenbau Dunk 2017; the limited number (1 out of 240) also appears on one tongue of each respective shoe. Behind the right tongue tag, there is text that reflects the typology of the Plattenbau, which are still referred by their reference number. 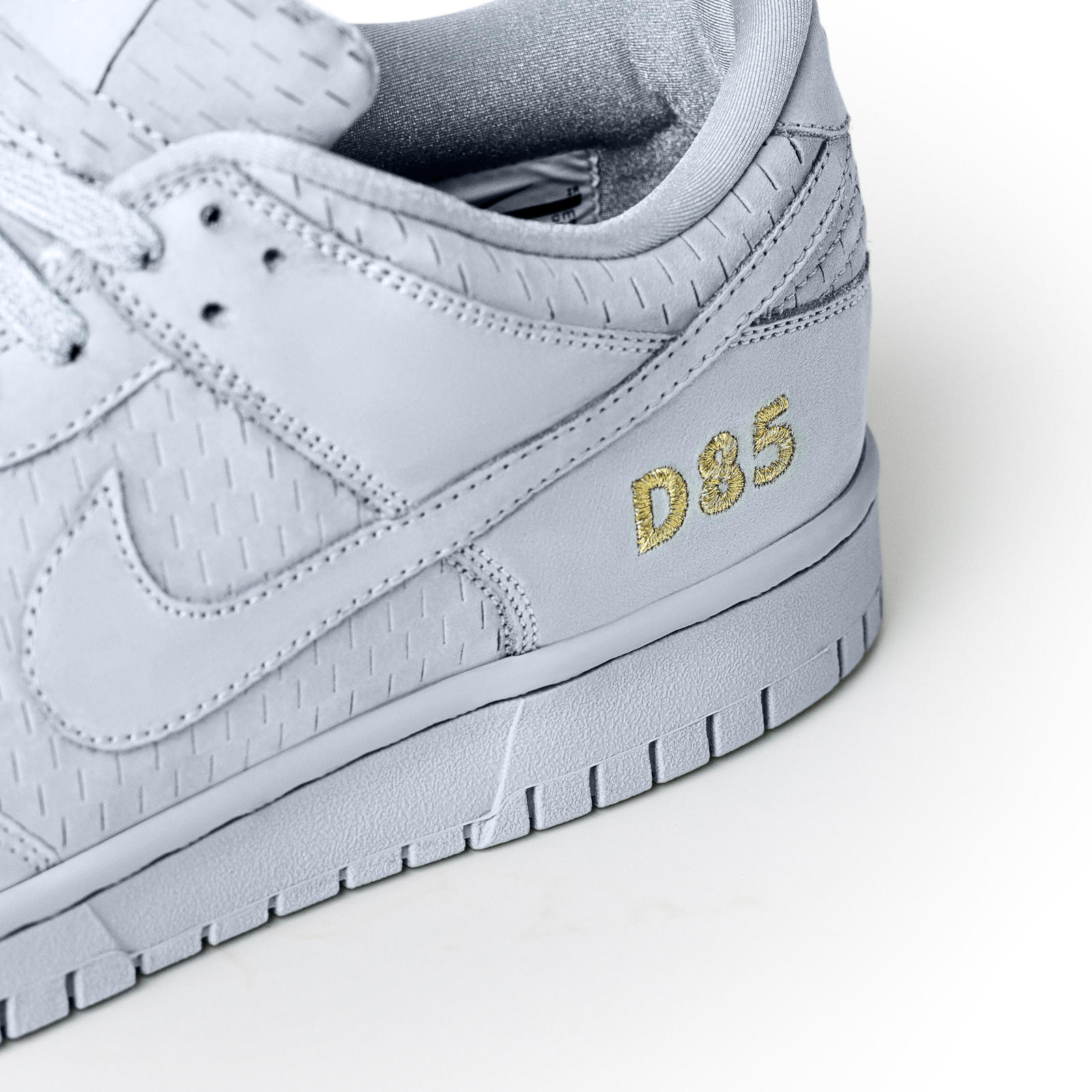 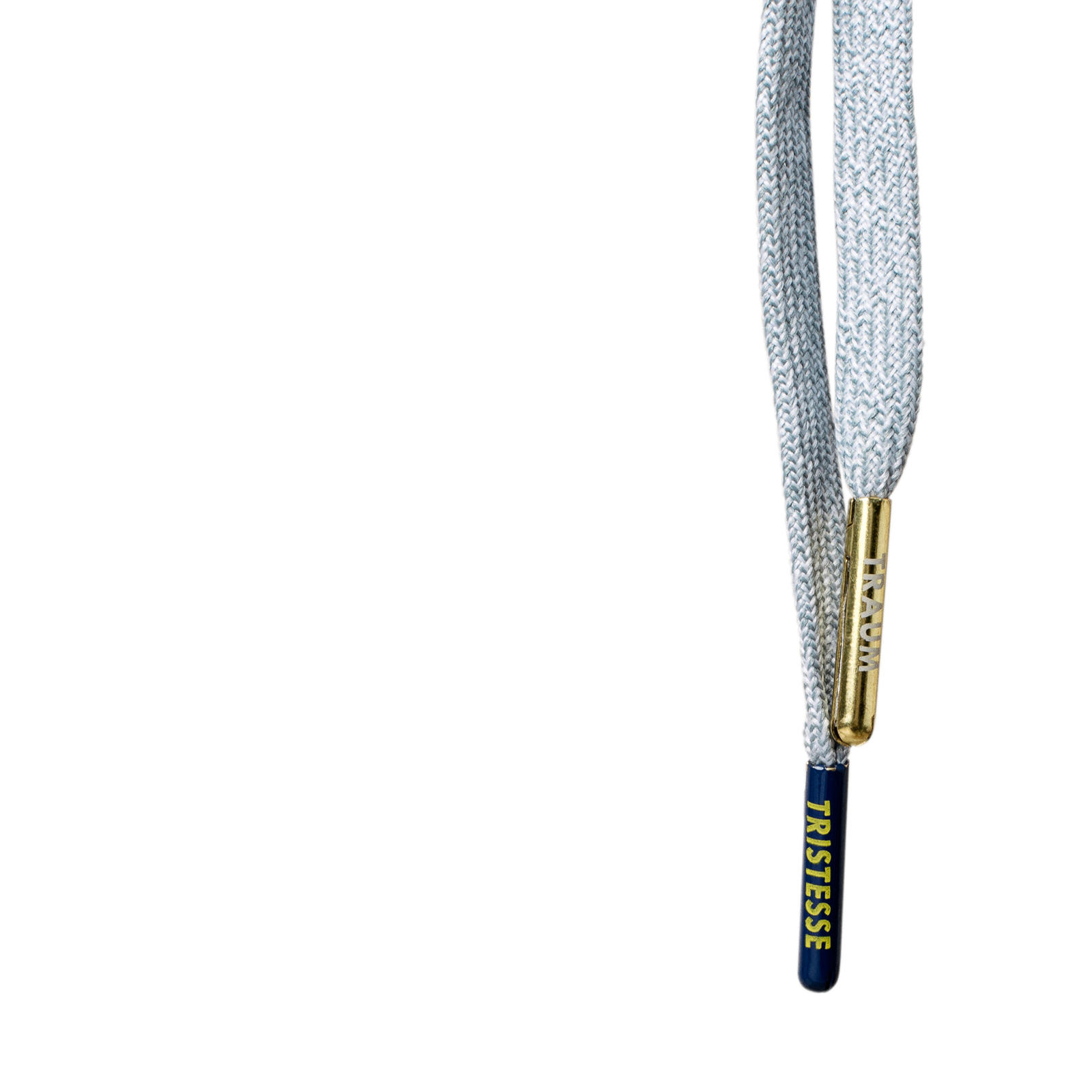 The laces feature the words “Traum” and “Tristesse” 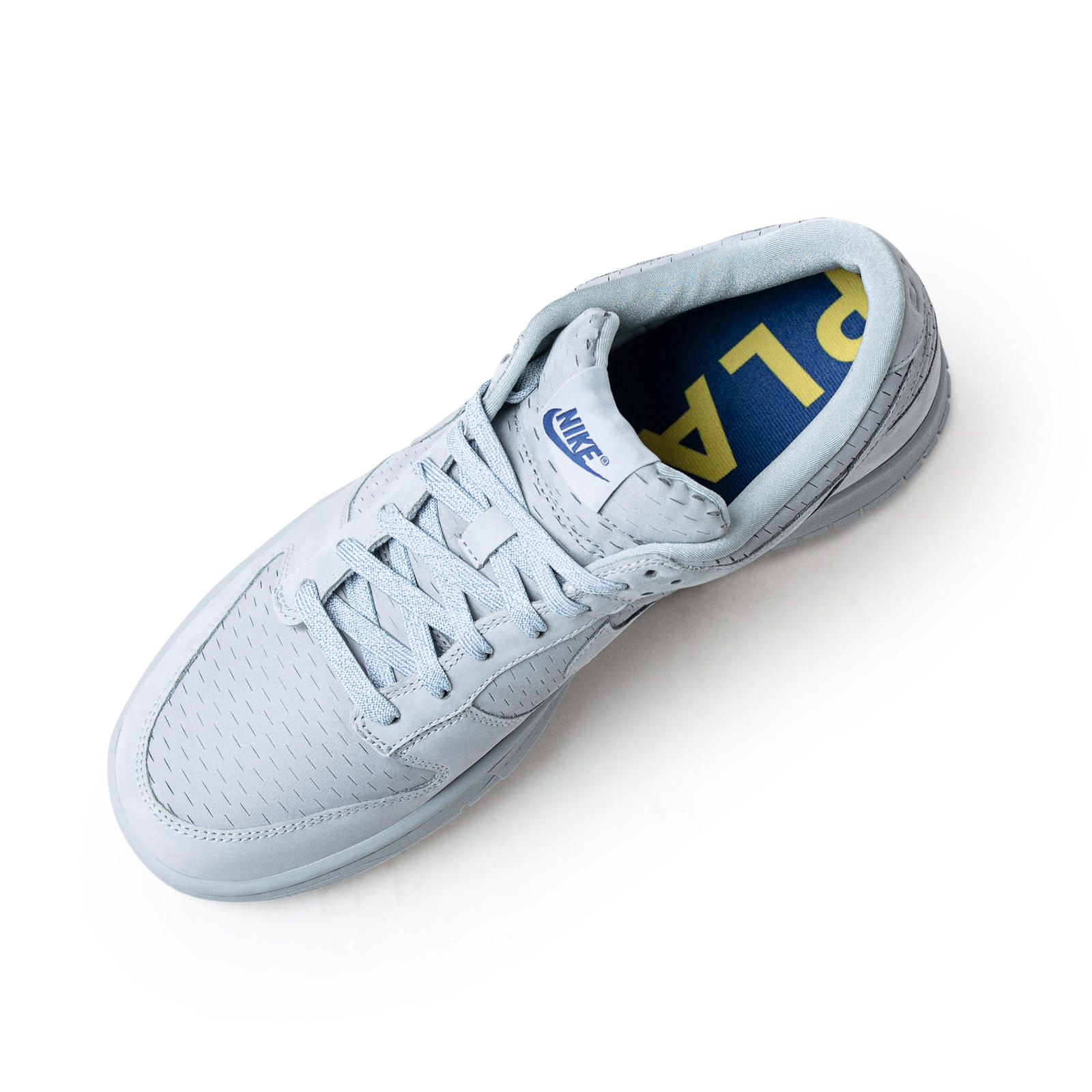 The shoe releases on December 14 exclusively at Overkill in Berlin.