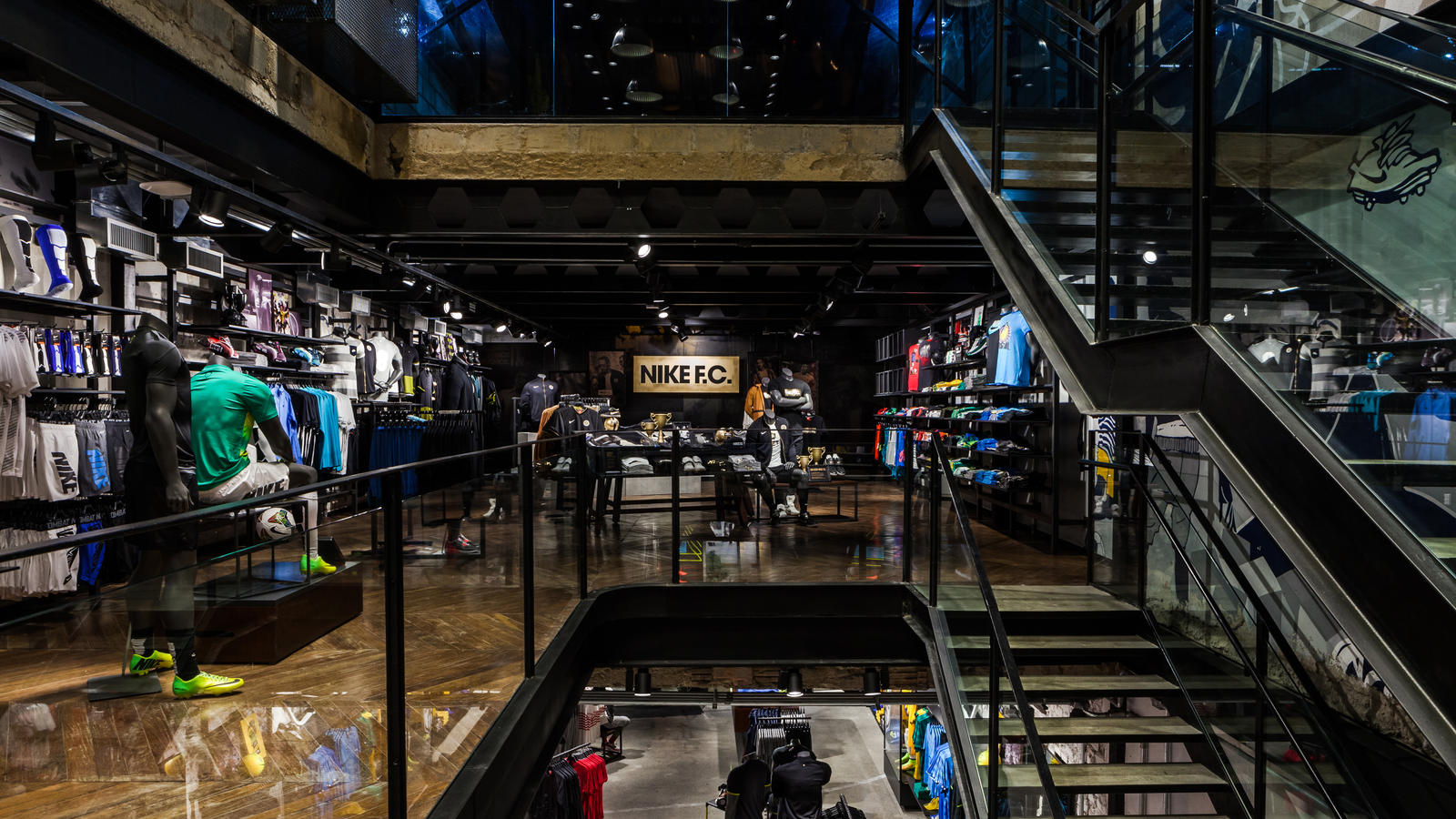 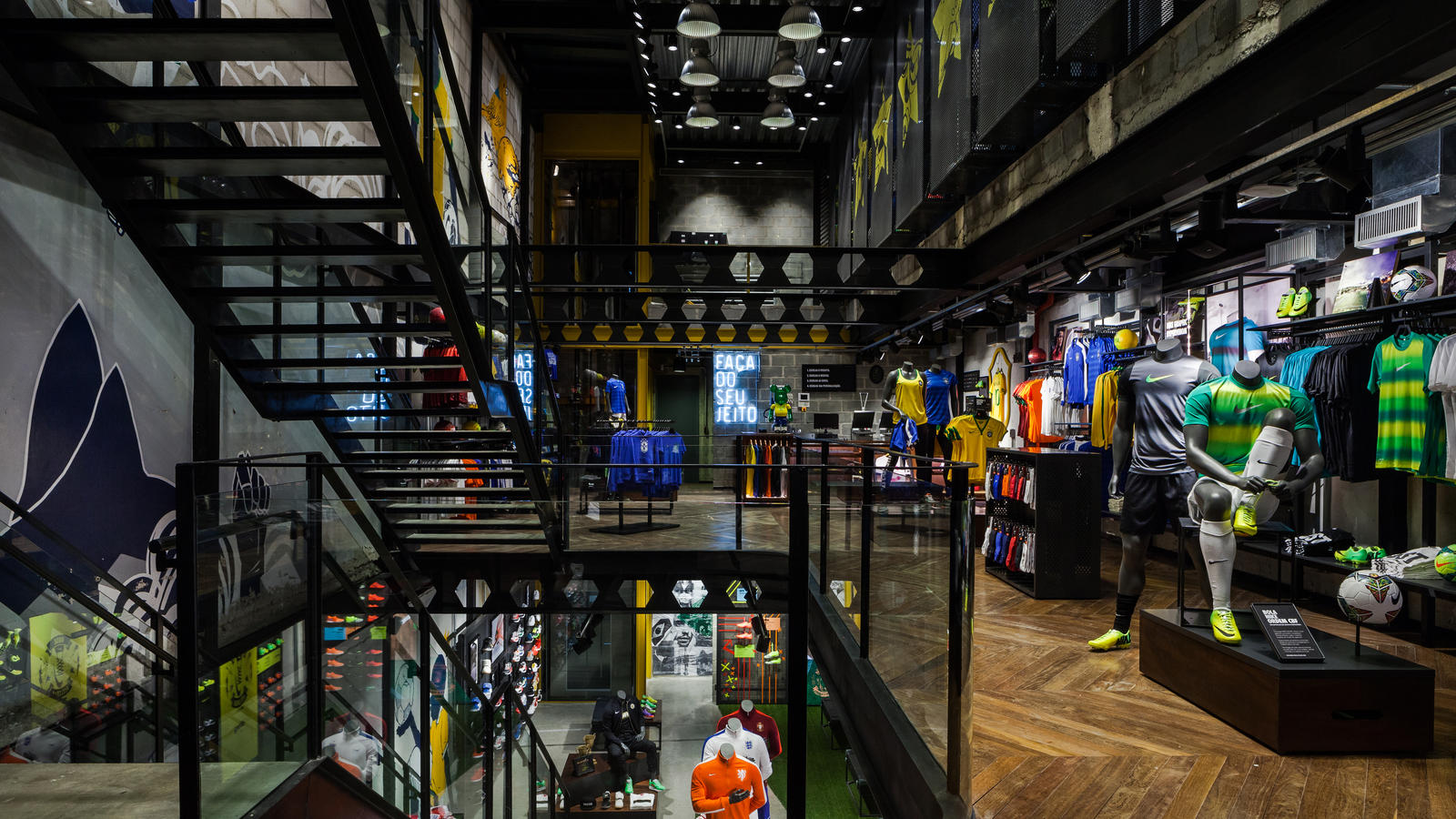 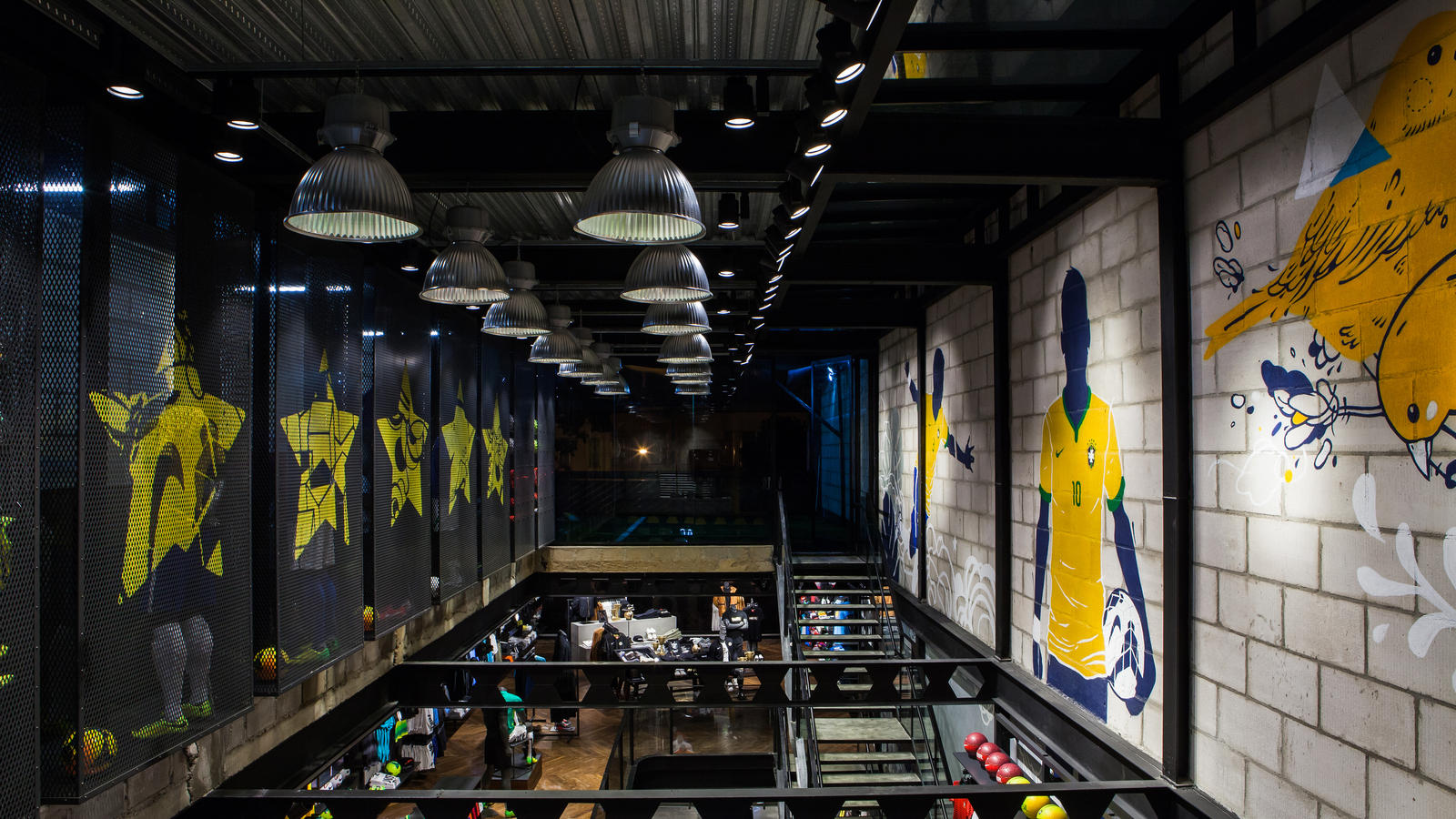 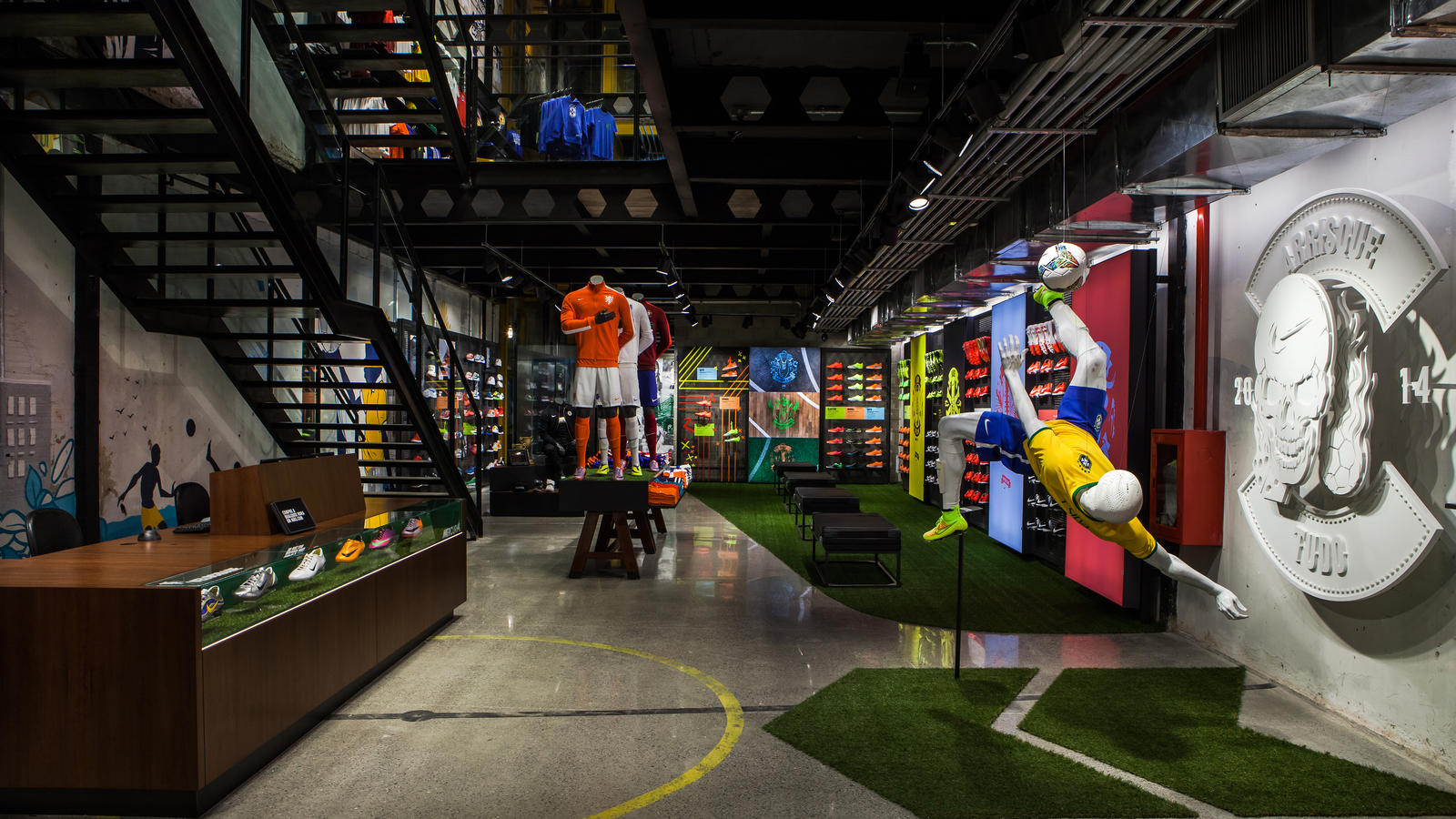 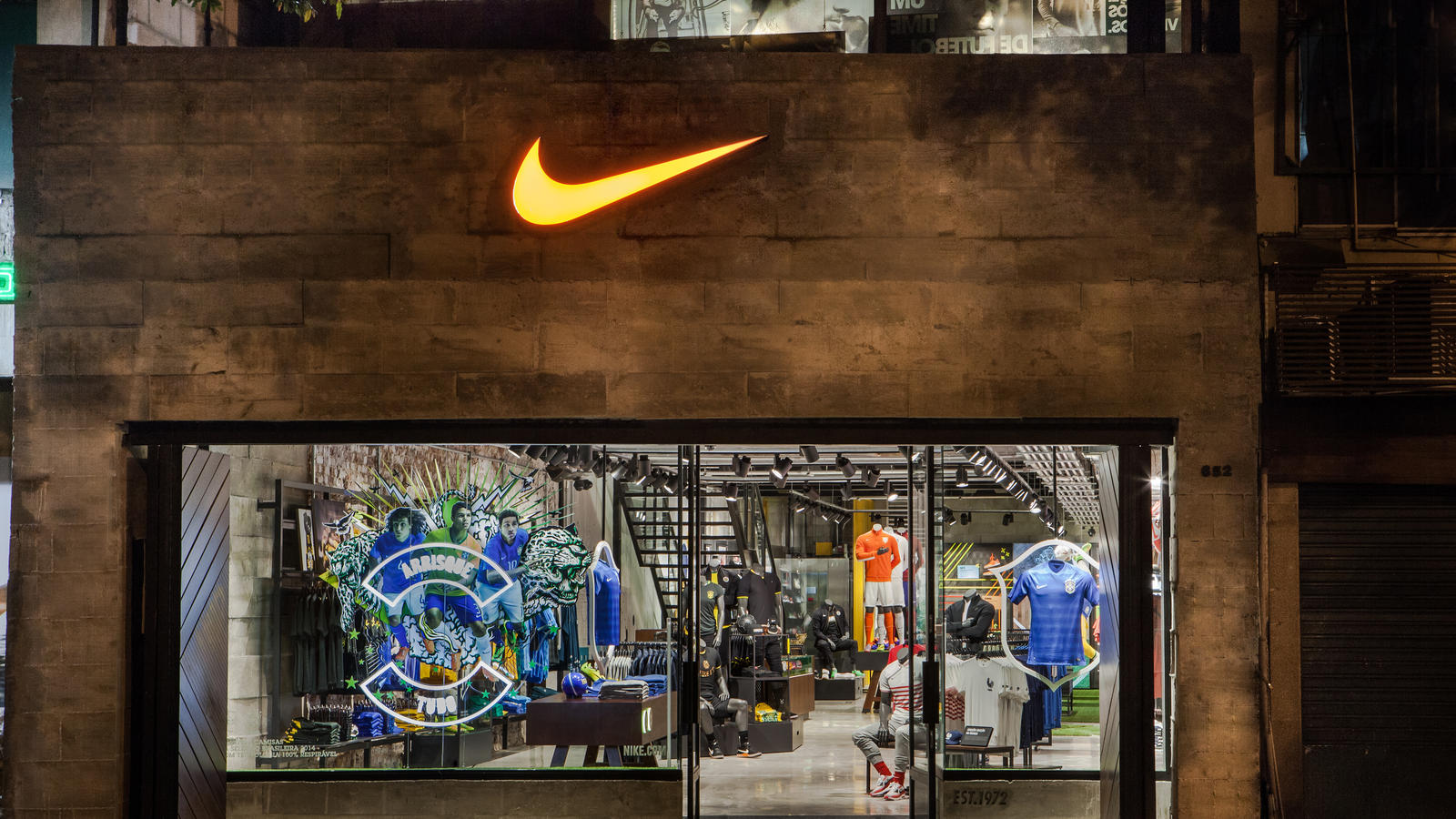 Today, Nike opens its first football-only store in Brasil. Located in the legendary neighborhood of Rio de Janeiro's Copacabana, the opening celebrates Nike's rich heritage with Brasilian football and coincides with the global spotlight on this summer's tournament.

“Opening a Nike football-only store in the heart of Rio is part of our commitment to sport, to the city and to Brasil. We have a long-term investment plan in the country, and for a while now we have been focusing our attention on Rio, with events and activities offered to the Cariocas (Rio natives),” said Cristian Corsi, Nike´s General Manager in Brasil.

Nike Copacabana reflects the intersection of Brasilian culture and football with a synthetic turf pitch and goal post for users to test all available boots, including the Magista. Nike partnered with Carioca graffiti artist and illustrator Mateu Velasco to integrate art and football into the new space. The result is an immersive work of art that celebrates sports across the store’s three floors, creating a unique atmosphere.

Paying tribute to the 20-year partnership between Nike and the Brasilian national team, Nike Copacabana provides fans with an in-depth look at Nike’s football heritage with a special display of Nike’s most iconic footwear, including the famed Tiempo 94. Additionally, displays highlight some of the most unforgettable football goals that have captivated Brasilian fans.

The Copacabana store complements Nike’s existing store in Ipanema, the permanent training center in Aterro do Flamengo and the Batalha das Quadras event (Court Battle), scheduled to begin on May 24.