In the pursuit of gold, generations of designers, explorers and tinkerers have sought a magic formula. For athletic apparel, that formula often comes from a just-right combination of fit and weight. When that balance is perfected, critical grams are shaved (after all, triumph comes in the tightest of margins) and athletes are free of distractions. This is paramount because when athletes look and feel good, they play well. Nowhere is this clearer than in winter sports, such as hockey.

In a word, Nike’s latest national team hockey jerseys represent alchemy. “It’s what most inspired us to look at the jersey as a whole and transform it into something special,” says Scott Toudjine-Williams, Nike’s Senior Creative Director for Olympics Apparel. Part of that involved upgrading to a lightweight and breathable ripstop material and incorporating more mesh (for example, in the collar) to increase ventilation. 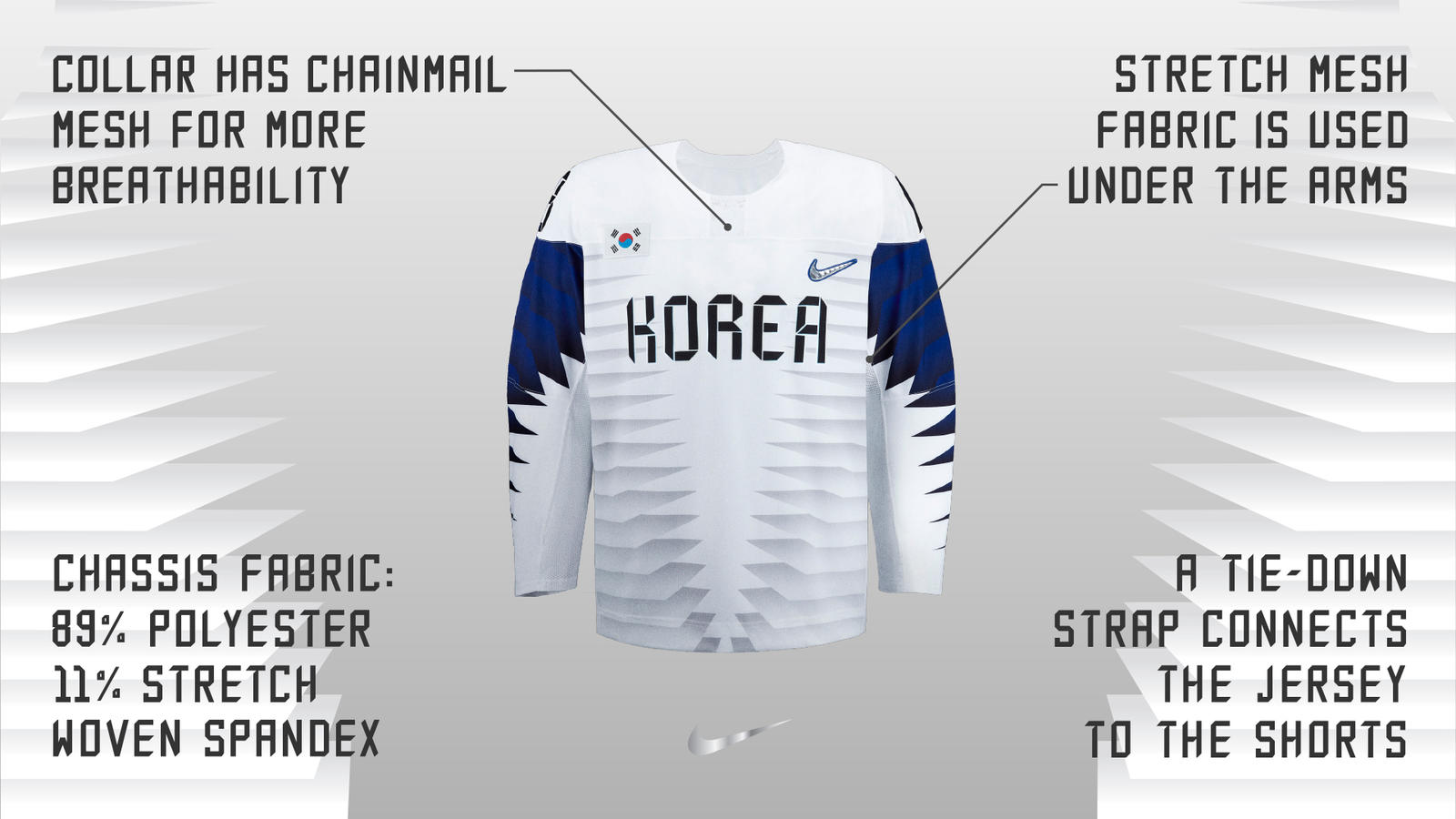 But this idea of alchemy truly comes to life in two major ways: First, in the graphic trim package. “To us, this is game-changing!” says Toudjine-Williams. “Elevating the fonts, crests and numbers takes us to another level of performance and visual standpoint.” Here’s how they did it:

Further, the idea of alchemy involves transforming base metals into gold. “It’s all about creating an extremely valuable and desired outcome,” says Toudjine-Williams. This element of the theme comes to life with the following films and flicker capabilities employed throughout the jersey:

Get a closer look at two storied federations and the tournament hosts: 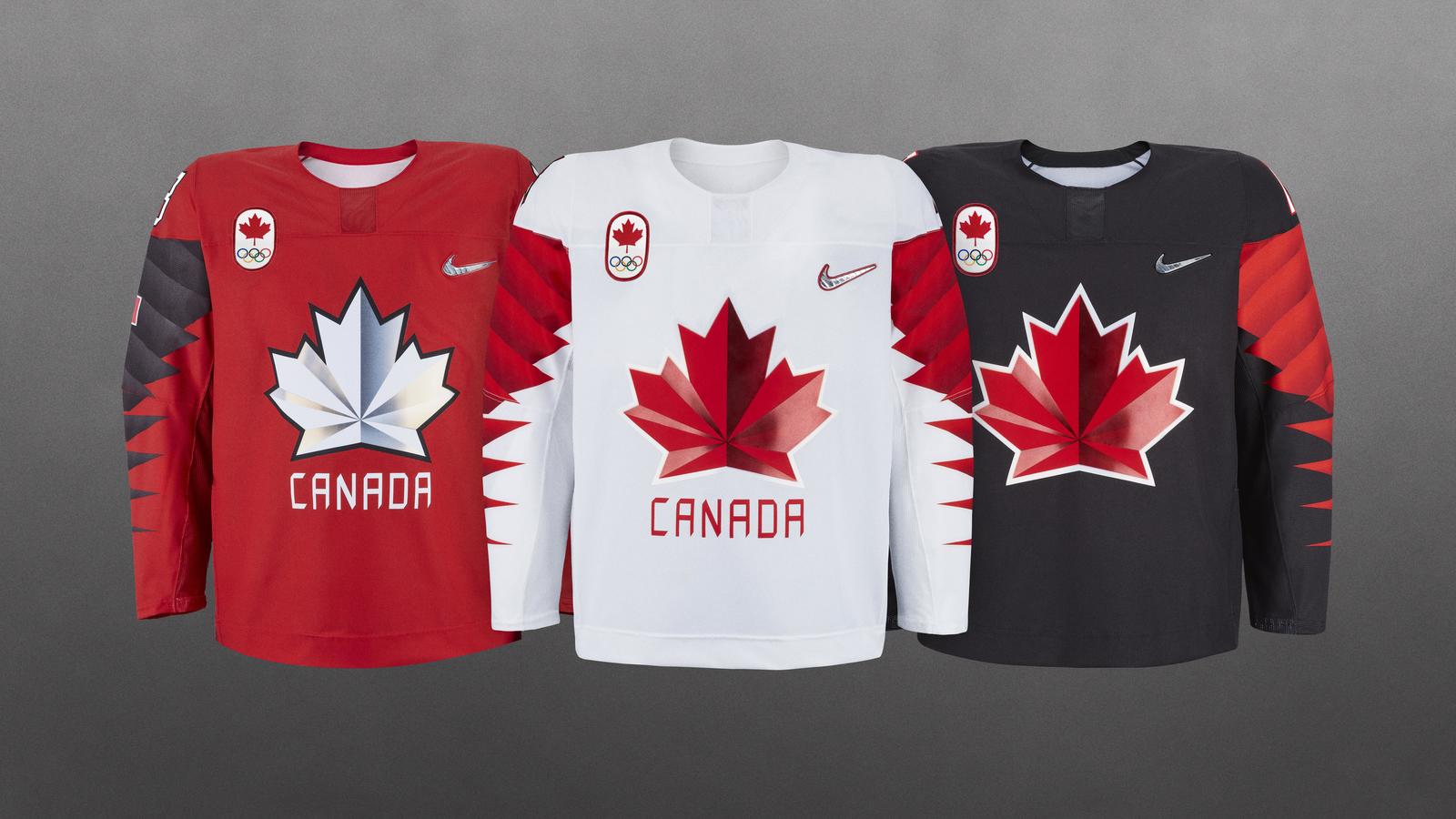 Canada’s new aesthetic is punctuated by a unique font and numbering system. The flicker films are red (over the maple leaf on the center front crest) and gold (around the edges of the leaf and the numbers), and the maple leaf crest design creates dimension. 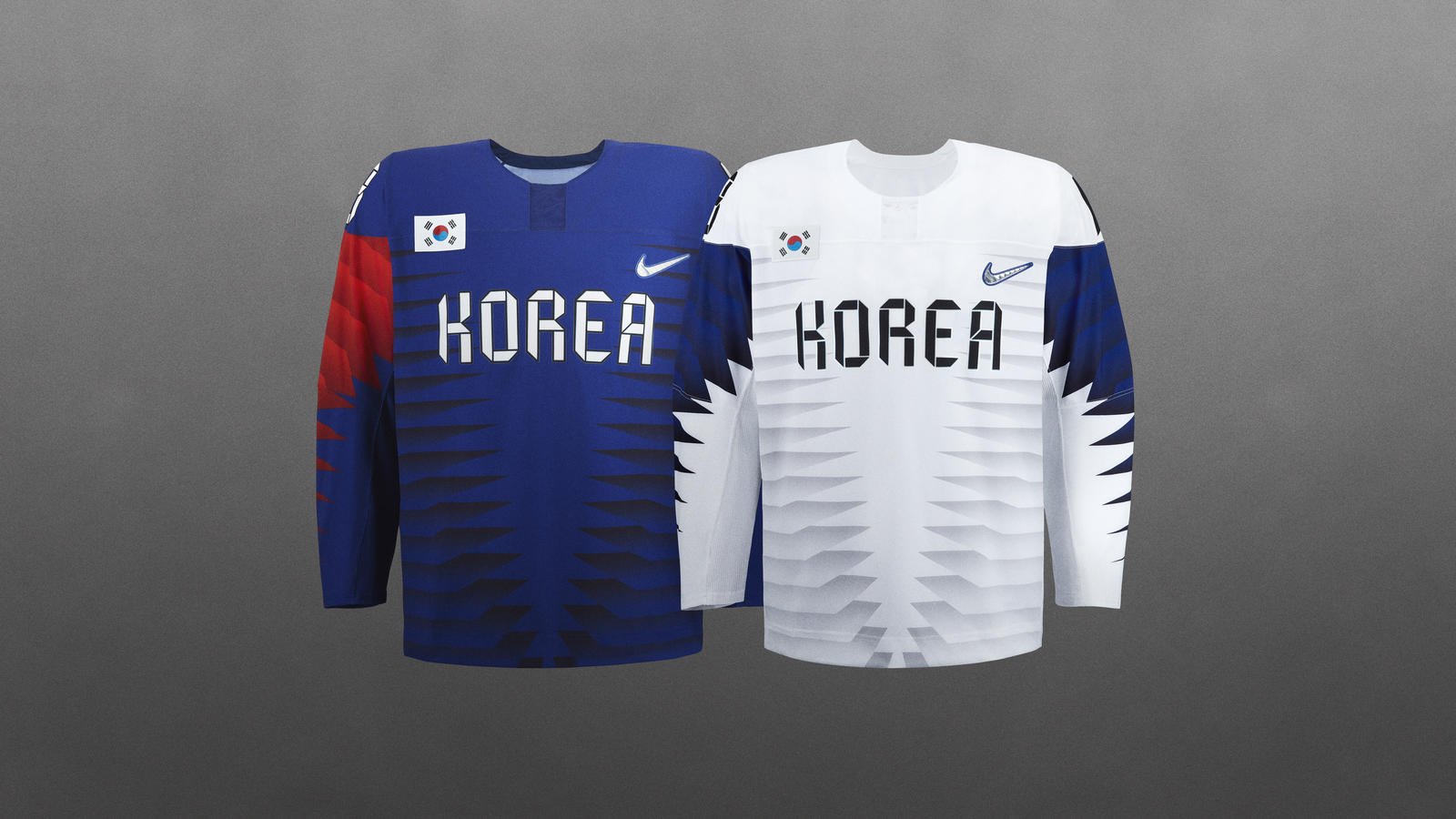 Hosts South Korea makes its tournament debut in a jersey featuring a distinctive graphic pattern representative of the nation’s unique architecture on the sleeves, and a font and number system inspired by origami. The Korean national flag appears on the right chest along with a center front country wordmark. 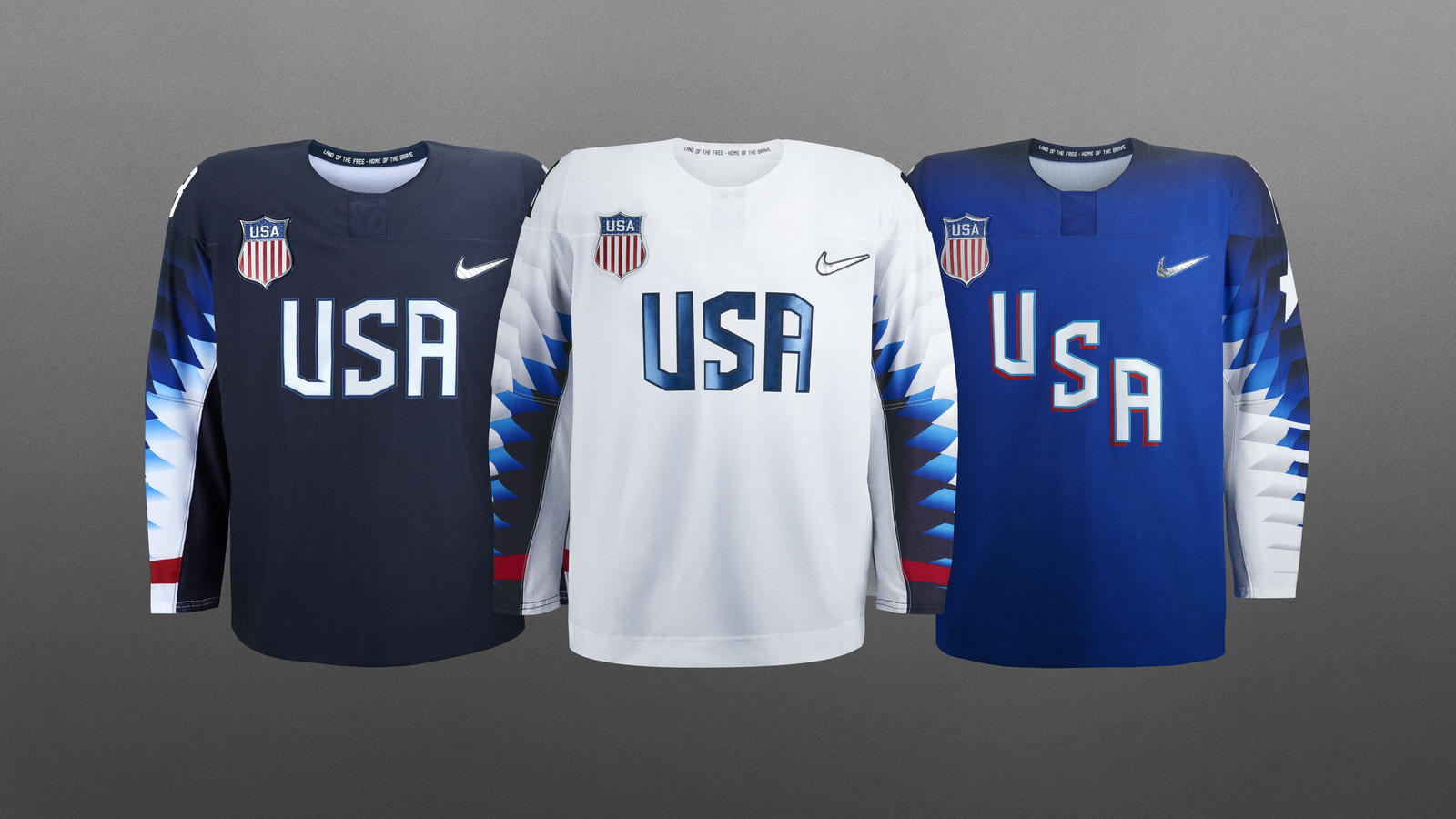 The USA’s special-for-them font and numbering highlight a 26-degree beveled edge design ­—extending a faster and more modern look. The sleeve graphic is inspired by bald eagle feathers, while the hidden internal back neck message reads "Land of the Free — Home of the Brave." A wordmark and small right crest complete the new aesthetic.

A replica version of the Canada and USA national team jerseys are available now on nike.com and at select retailers.