Highlighting this season’s Nike N7 footwear collection are two new silhouettes designed by Tinker Hatfield: the Nike Zoom Heritage N7, a basketball shoe, and the Nike Air Zoom Down Rock N7, a skate-streetwear hybrid. The idea to create the shoes came about when Nike N7 General Manager Sam McCracken approached Hatfield and asked if he’d bring his peerless approach to designing original footwear to the collection.

“I immediately thought, if I’m going to work on a basketball shoe and a multi-purpose shoe, that I would start from scratch and do it with a certain criteria and give it the same energy that I would in designing for a professional athlete,” says Hatfield. “It’s ended up being one of my favorite projects at Nike.”

That technical detail for the grassroots-level athlete is embodied in the Nike Zoom Heritage N7. Its felt aesthetic is built for “rez ball," a style of basketball played in tribal communities and elsewhere, and known for its physicality, fast-paced nature and pressure defense. Moreover, the play connects to a fandom that’s fervent in Native American circles and, in its spirit, encourages participation in the game. 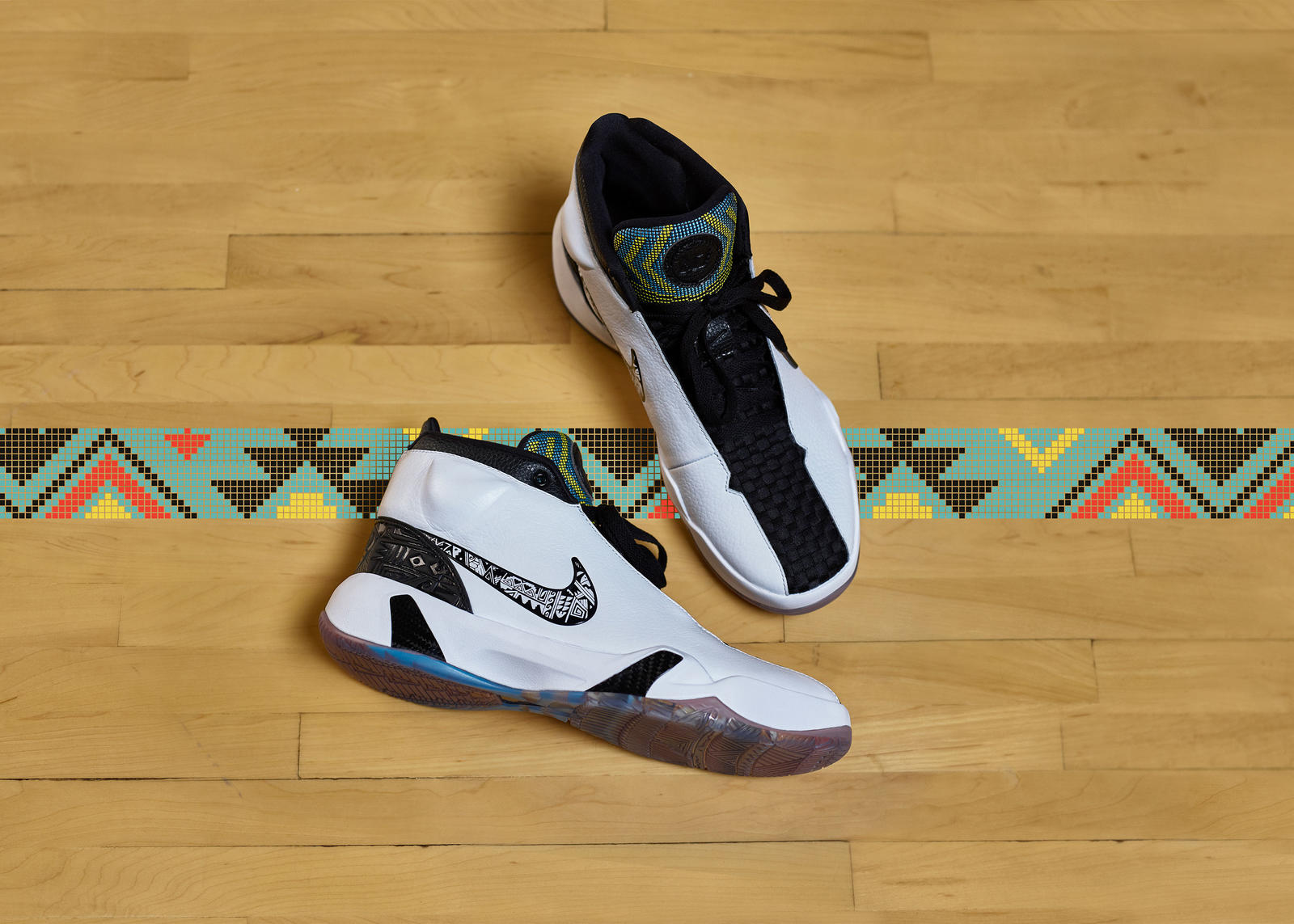 “Basketball is king in tribal communities across the United States and Canada,” says McCracken. “On reservations, schools always have a basketball team, and kids always want to play. Whether teams play at home or on the road, the gyms are always packed. When Tinker shared with me his passion to create a unique shoe for Native American kids who love basketball, I knew that we'd have something special."

Hatfield also brainstormed with musical artist Taboo, an N7 ambassador, on a shoe that would thrive in multiple settings, whether on the stage, for b-boying or for casual wear. Born from that collaboration was the Nike Air Zoom Down Rock N7, a skate-streetwear silhouette driven by Paul Rodriguez lineage. Tooling was carefully matched with materials; the suede was selected for its durability and its versatility to go straight into a dressed-down look. 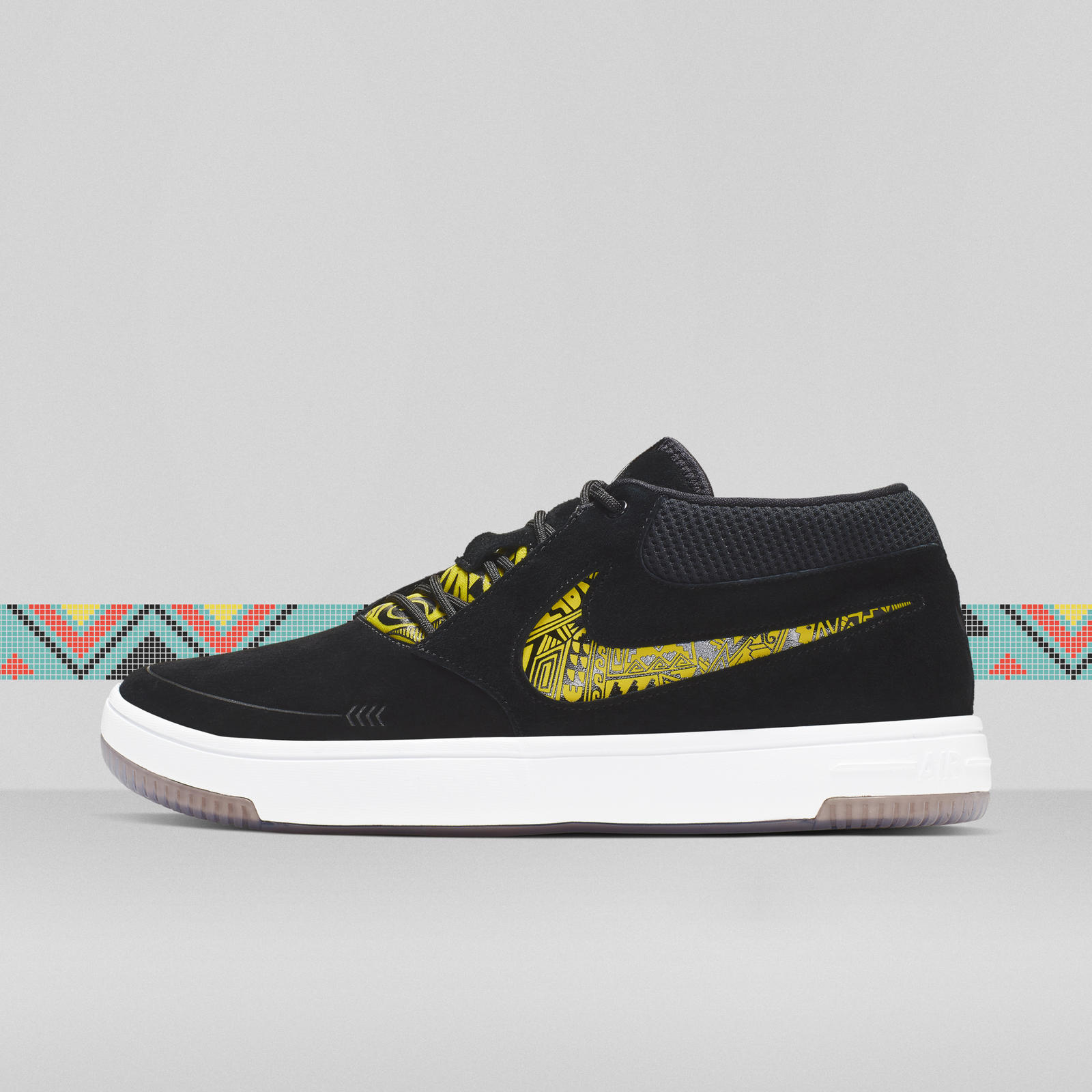 In their designs, the two silhouettes establish a broader connection to the Native American community, fulfilling an aim of the Nike N7 mission — inspiring the community, in McCracken's words, to be the truest version of itself.

Here Are The Highlights of the Nike N7 Collection 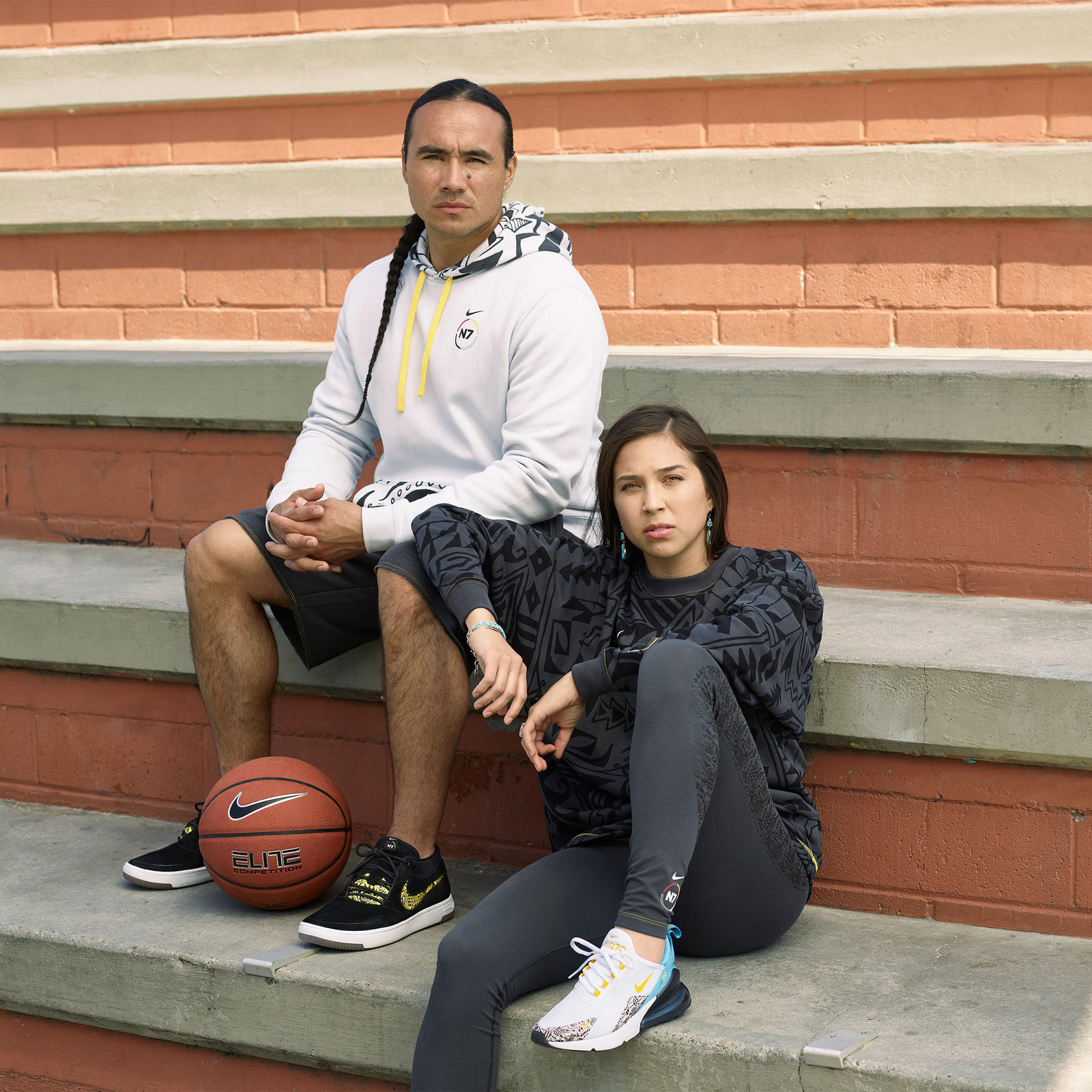 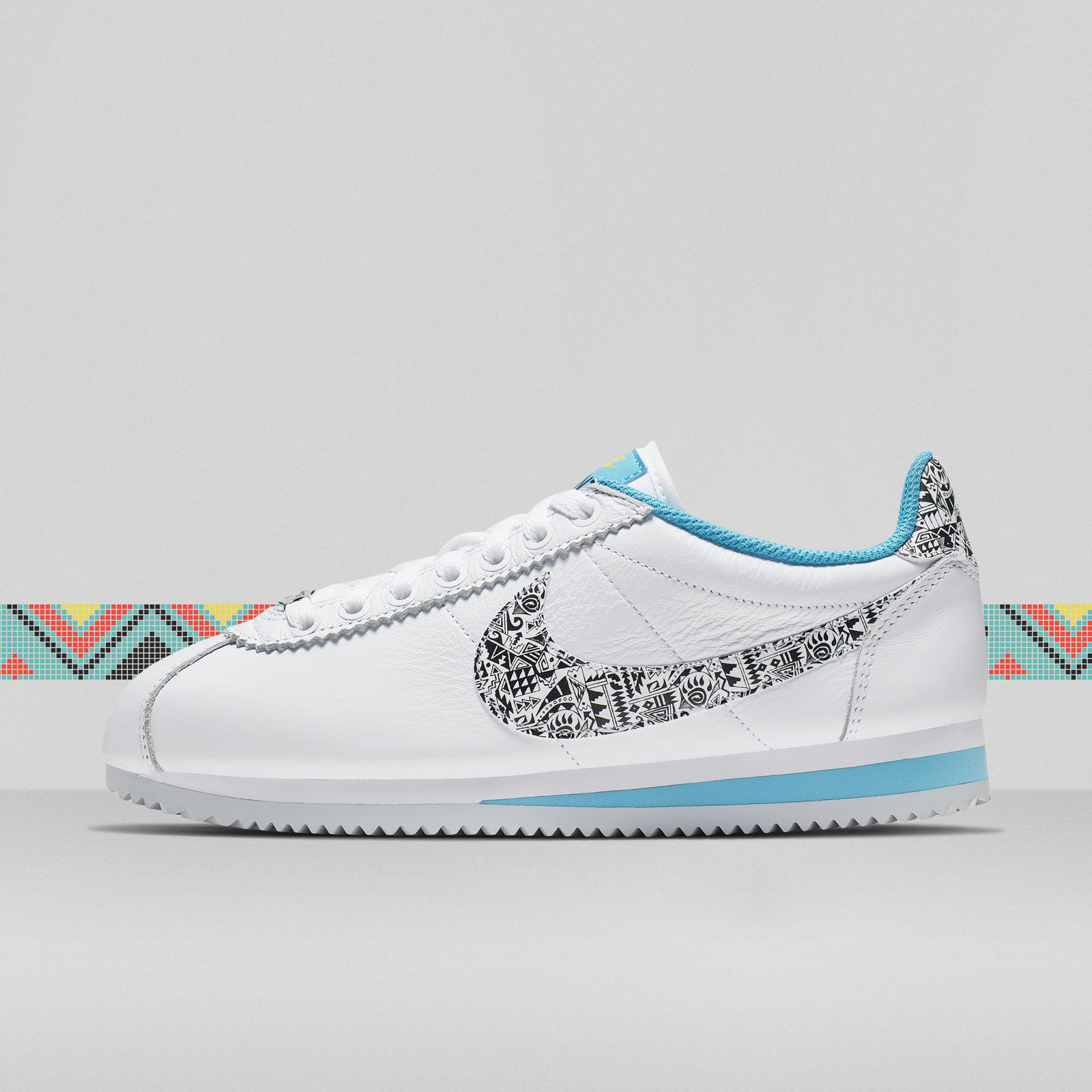 The Swoosh of the Nike Cortez N7 features a collection of symbols meaningful to N7 ambassador Taboo, who was a muse for the collection. 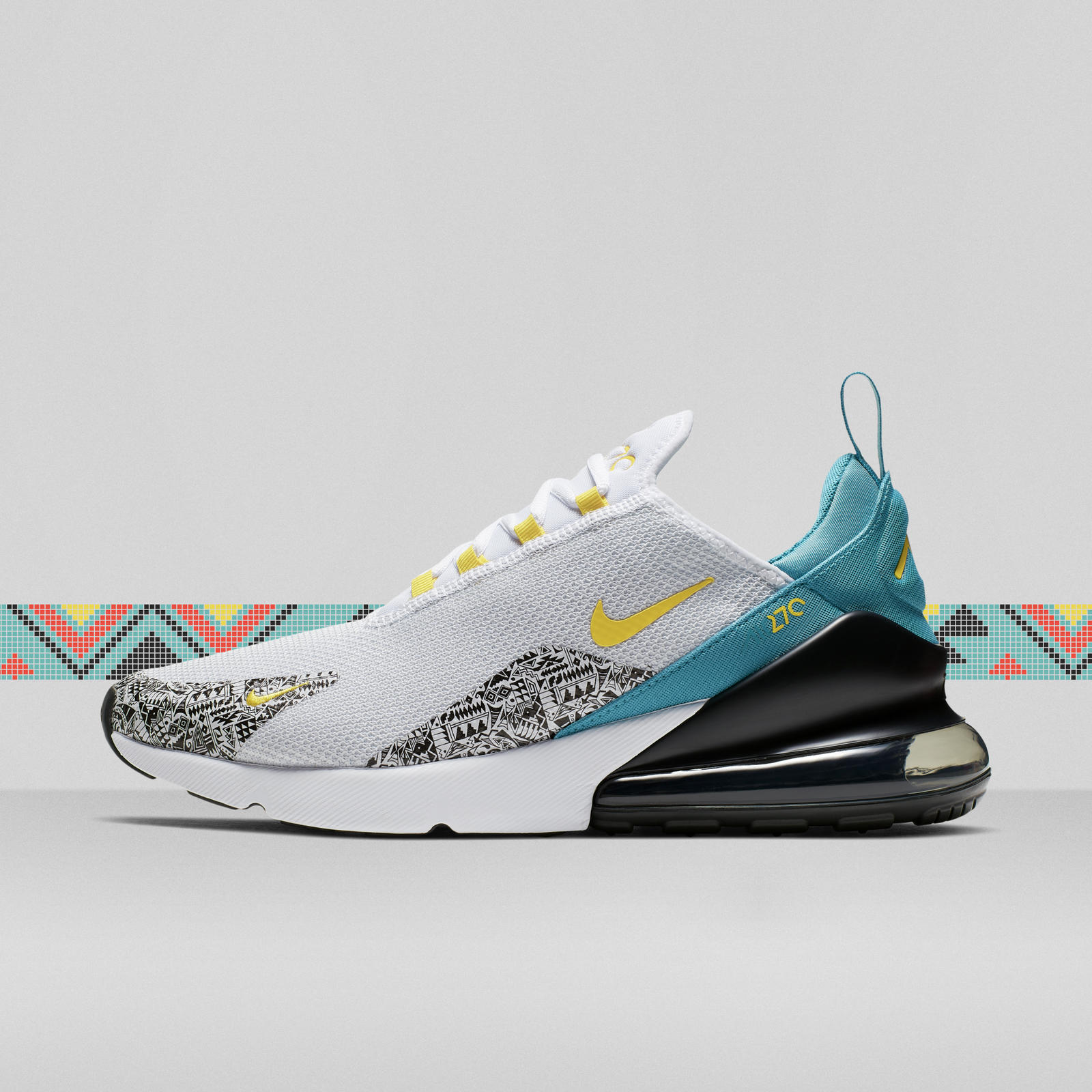 The indigo heel wash of the Nike Air Max 270 references the traditional color association with elemental forces, such as the sky and water.

The N7 summer 2019 collection releases June 21 on nike.com and at select retailers.

About The N7 Fund

Nike believes kids aren’t meant to sit still, they’re Made to Play. The N7 collection supports Nike’s commitment to get kids moving through the N7 Fund. The fund helps organizations provide sport and physical activity programming to kids in Native American and Aboriginal communities so they can lead healthier, happier and more successful lives. Since its inception in 2009, the N7 Fund has awarded more than $6.6 million in grants to 252 communities and organizations, reaching more than 437,000 youth. Harnessing the power of sport as a unifying force, the N7 Fund helps kids reach their greatest potential and reflects Nike’s belief in creating more equal playing fields for everyone.