10 Years of Nike N7 Gets Personal with Pendleton Prints 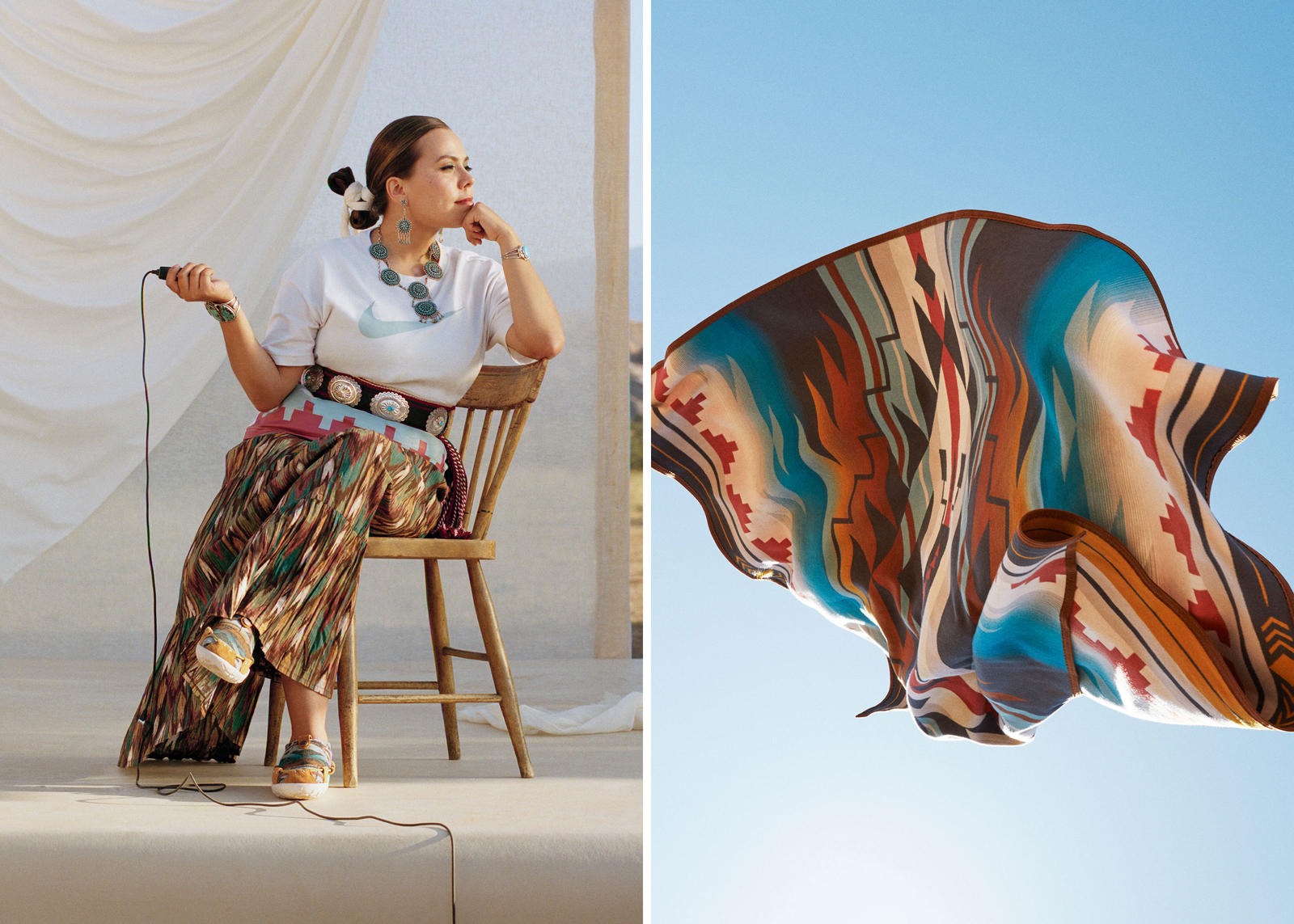 "Self-representation, for me, is being authentic to my people and who I am," says Nike designer Tracie Jackson, who created this season's Nike N7 x Pendleton pattern inspired by the weavings of her great-grandmother, Phoebe Nez.

Upon going blind in old age, Phoebe Nez continued to weave rugs in the Navajo tradition, teaching her young great-granddaughter Tracie Jackson how to take up the craft. The member of the Black Streaked Wood People clan of the Navajo Nation ("Tsi'naajinii") taught Jackson that every color and shape has a purpose that can be altered by many influences, such as creation stories, the environment and individual experiences. Nez committed her designs to memory, continuing to teach Jackson as her eyesight slowly faded.

“My great-grandmother was still weaving right up until she passed at 92,” says Jackson. “My beginnings with looms, rugs and blankets all started with my grandmother. First, I learned by herding her sheep on her farm, then by carding and spinning the wool and finally working the loom. Without my great-grandmother, I wouldn’t have learned about my culture, and without my culture, I wouldn’t have been a designer. My family ties are what influence my native identity.”

Now a graphic designer at Nike, Jackson is passing along her grandmother’s legacy in the 10th anniversary of the Nike N7 collection, honoring heritage through special patterns with Pendleton.

The storm pattern used in the footwear and apparel – Nez’s favorite in her weavings – manifests most visibly in the N7 x Pendleton 7 Generations blanket, brought back in collaboration for the first time since 2013. The pattern is a narrative tapestry of Jackson's Navajo history, which specializes in designs personal to the individual weaver. Those living in different geographical regions will experience different environments. As the weaver becomes more skilled, he or she creates original designs based on the influences of classic works, personalizing the pieces with different colors and yarns. Some designs become laterally familiar across nations. 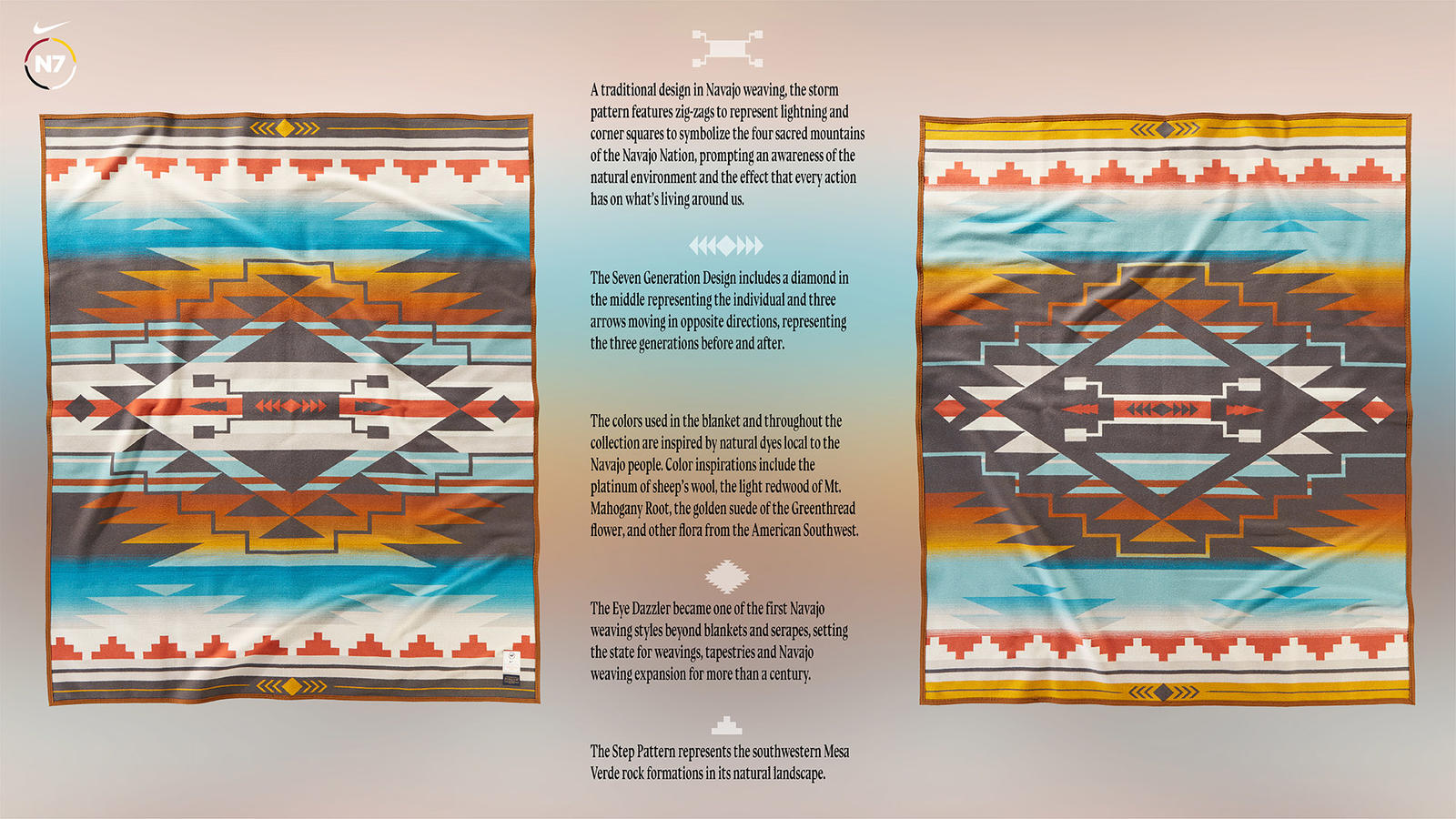 Check Out the Highlights of the Nike N7 Collection 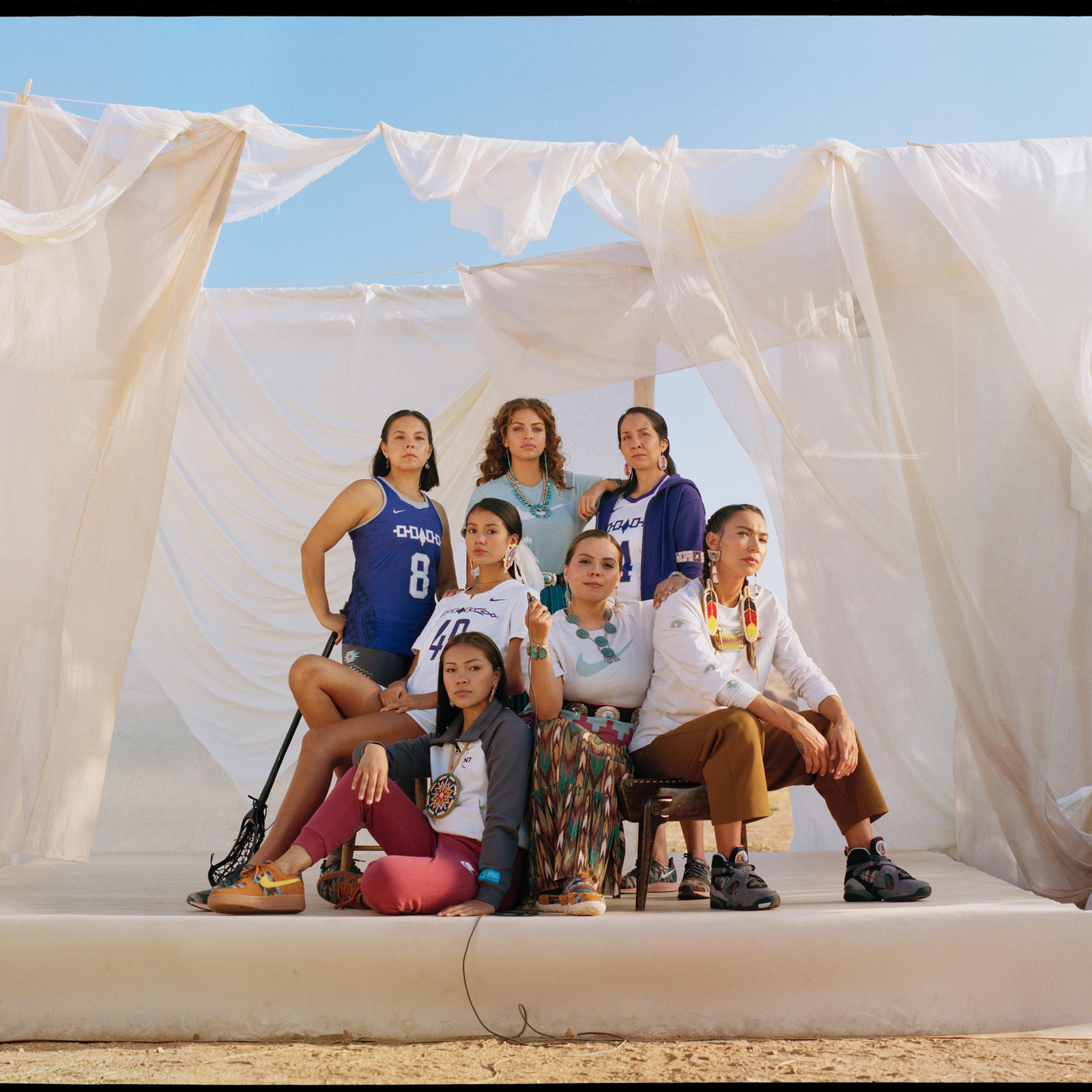 The storm pattern also appears throughout the apparel collection, which includes hoodies, leggings, shirts and jogger pants. Participating college basketball teams will wear the long-sleeve crew [bottom right] as shooting shirts over their turquoise uniforms in select games through November. 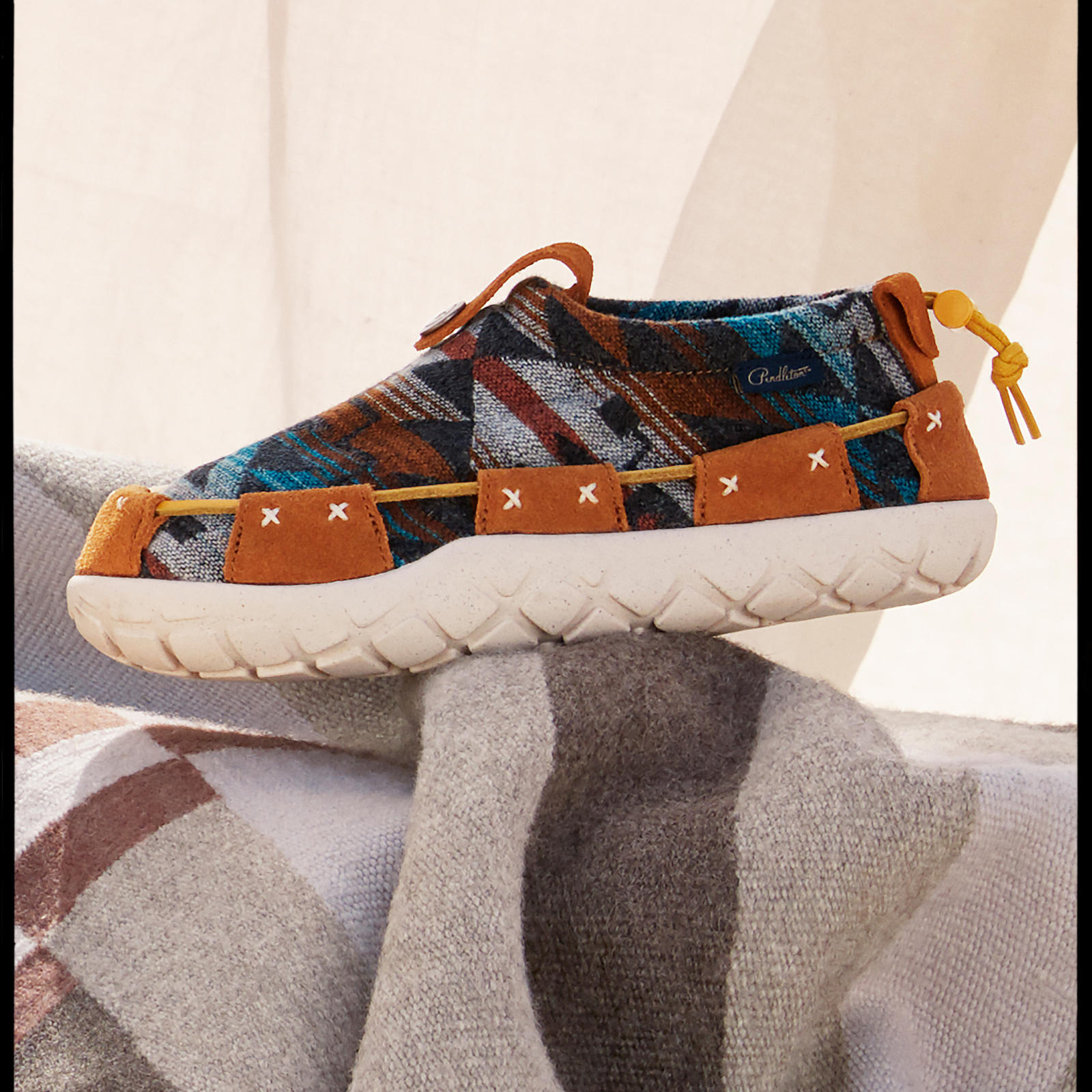 At the request of Jackson, a reimagined Nike Air Moc N7 was brought back to the footwear lineup as a descendent from the N7 Free Forward Moc+ in 2012. 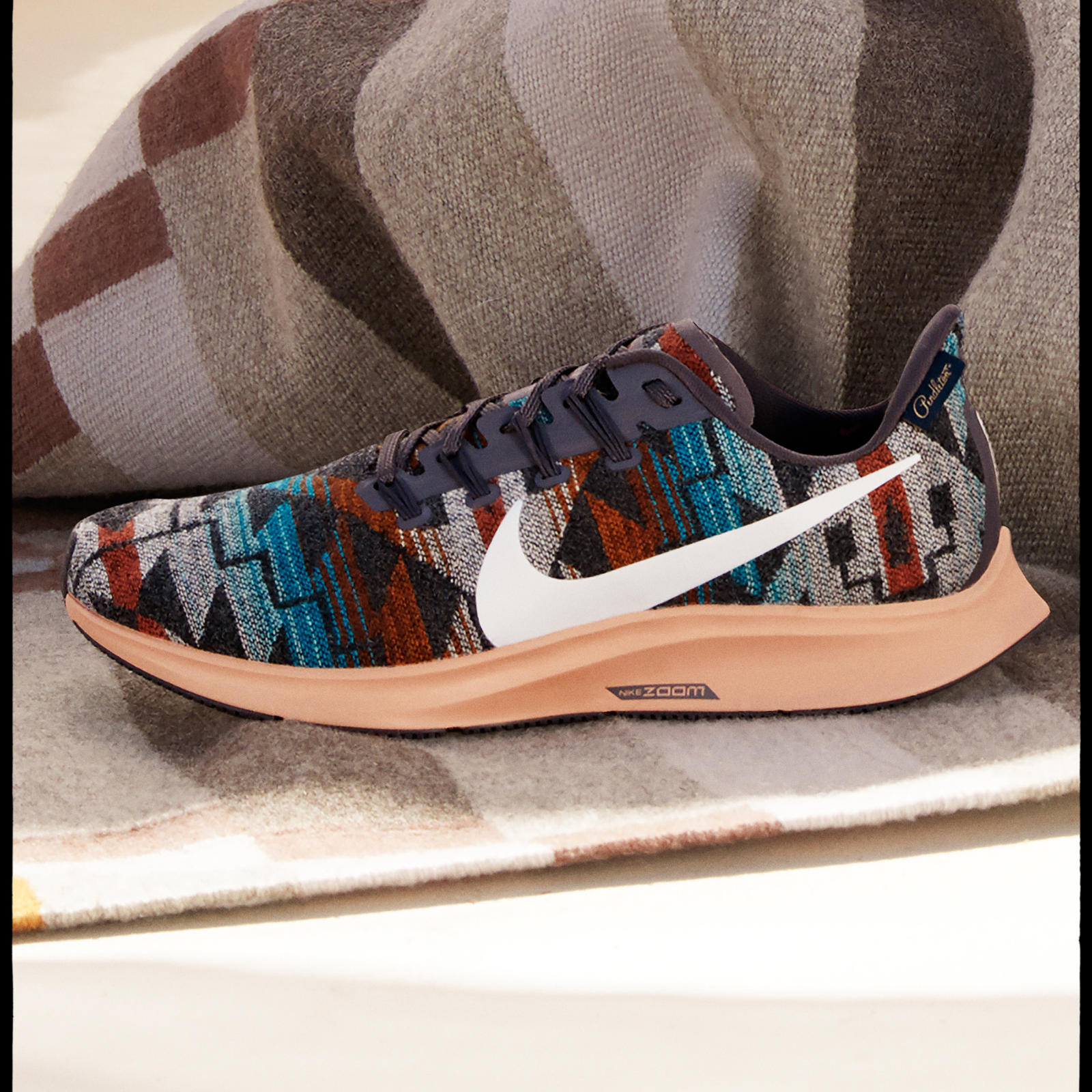 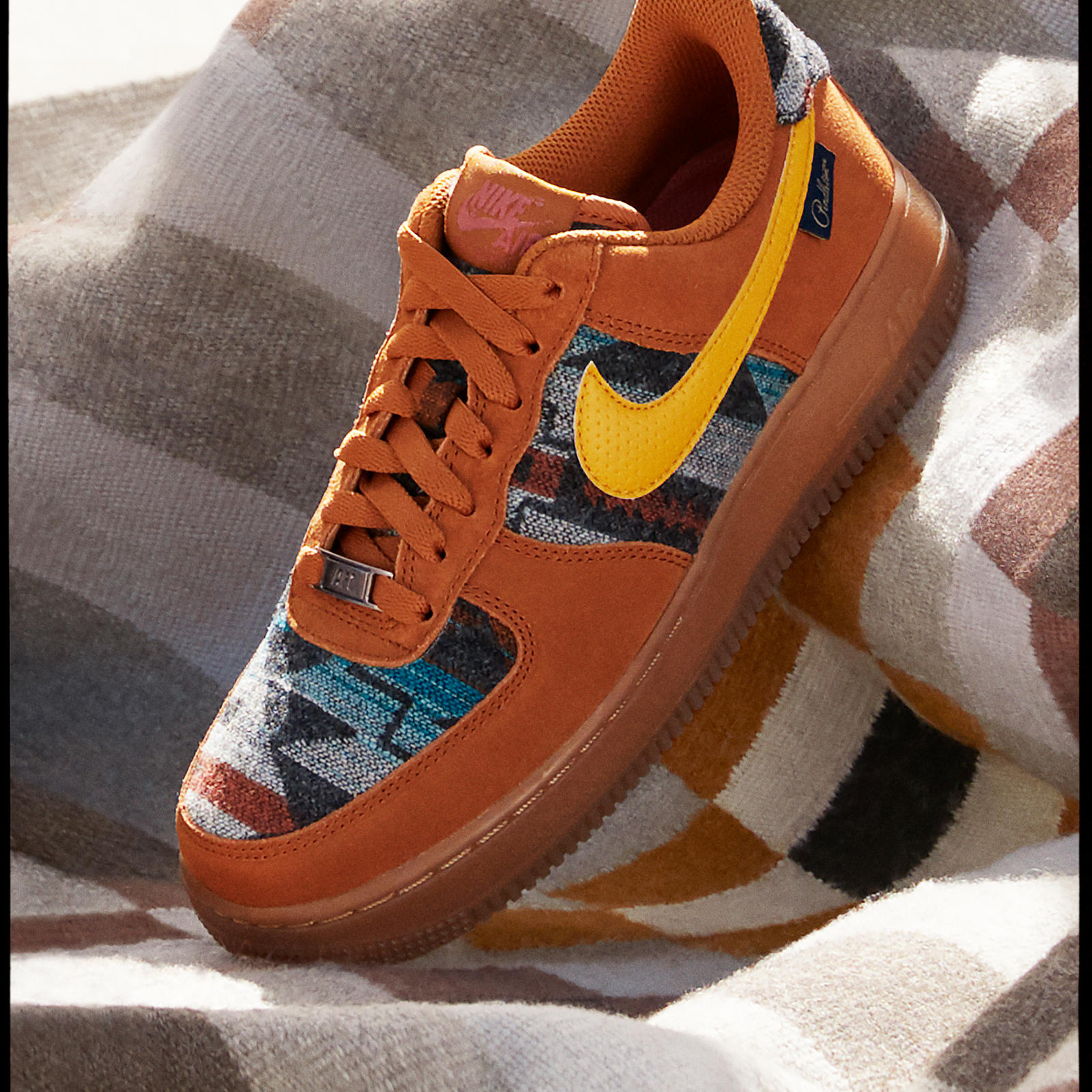 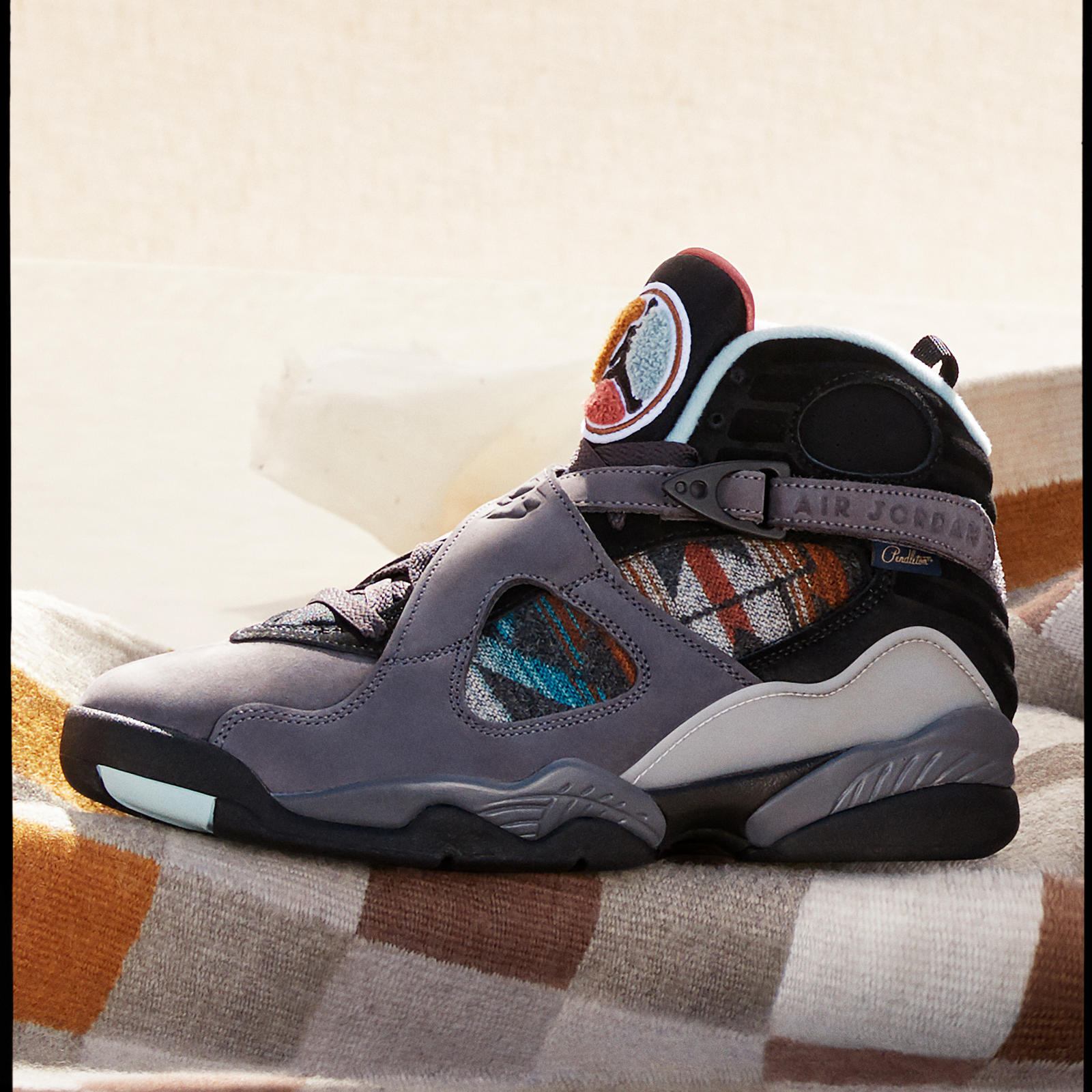 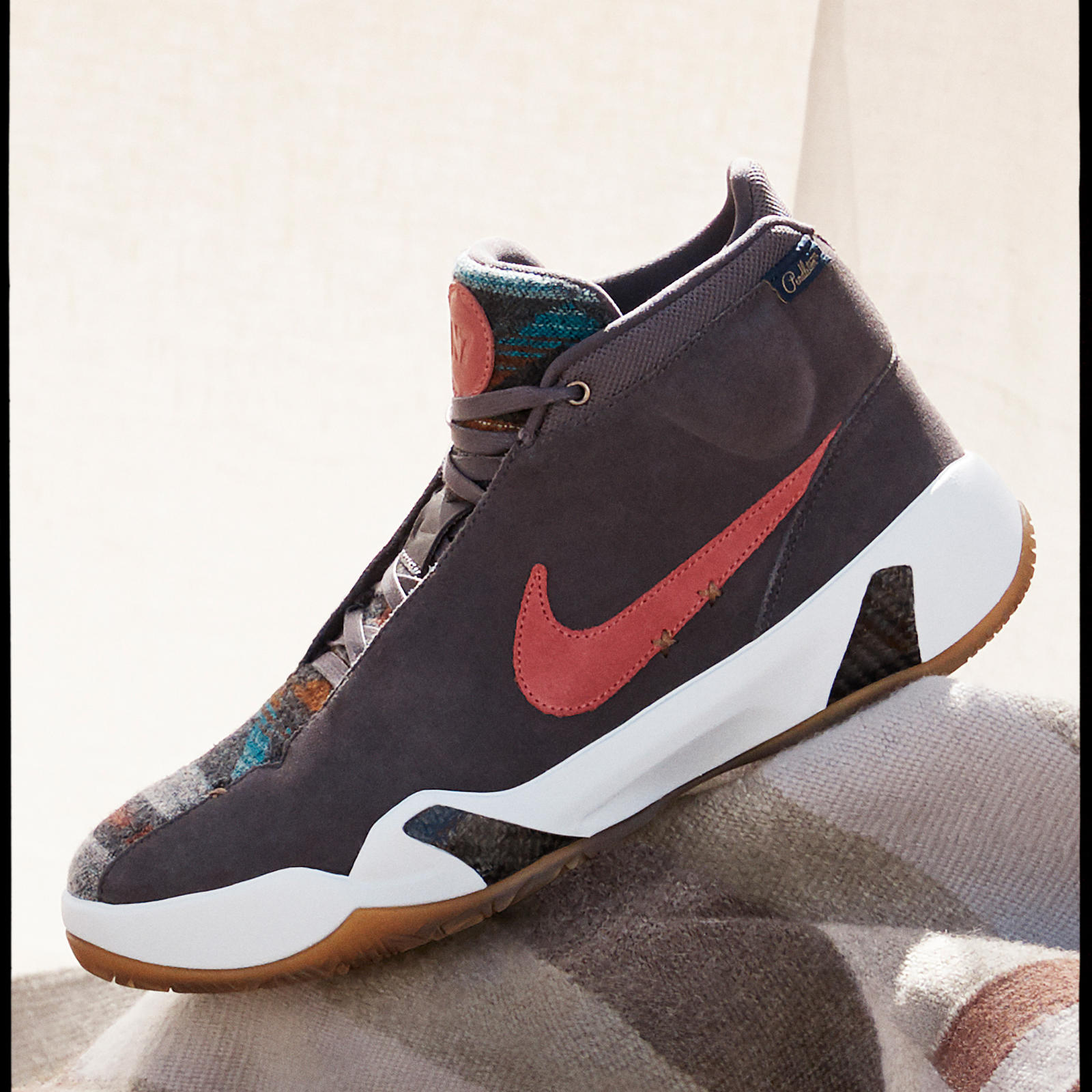 The Zoom Heritage N7 x Pendleton arrives in new colorways and is offered in dual-gender sizing along with the other silhouettes, modeling the “two-spirit” language within the Navajo community, inclusive of all wearers regardless of where they identify on the gender spectrum.

The N7 Collection releases November 7 on Nike.com and at select retailers.