For the last seven years, turquoise jerseys have graced courts across college basketball as part of Nike N7 and its celebration of Native American Heritage Month. As the partnership between Nike N7 and select collegiate programs enters its eighth season, the color turquoise — the color of fellowship in Native culture — has developed its own legacy among these schools and their local communities, and that's about more than just an eye-catching uniform.

“It started with schools wanting to work together with Nike N7 to celebrate Native American Heritage Month," says Sam McCracken, general manager of Nike N7. “It gives them an opportunity to celebrate and support their local tribal communities, to which each program has a distinct, unique connection. The integration of the turquoise uniform is something that makes the opportunity special for their players and their fans.”

Check Out a Selection of the 2018 Nike N7 Women's Uniforms 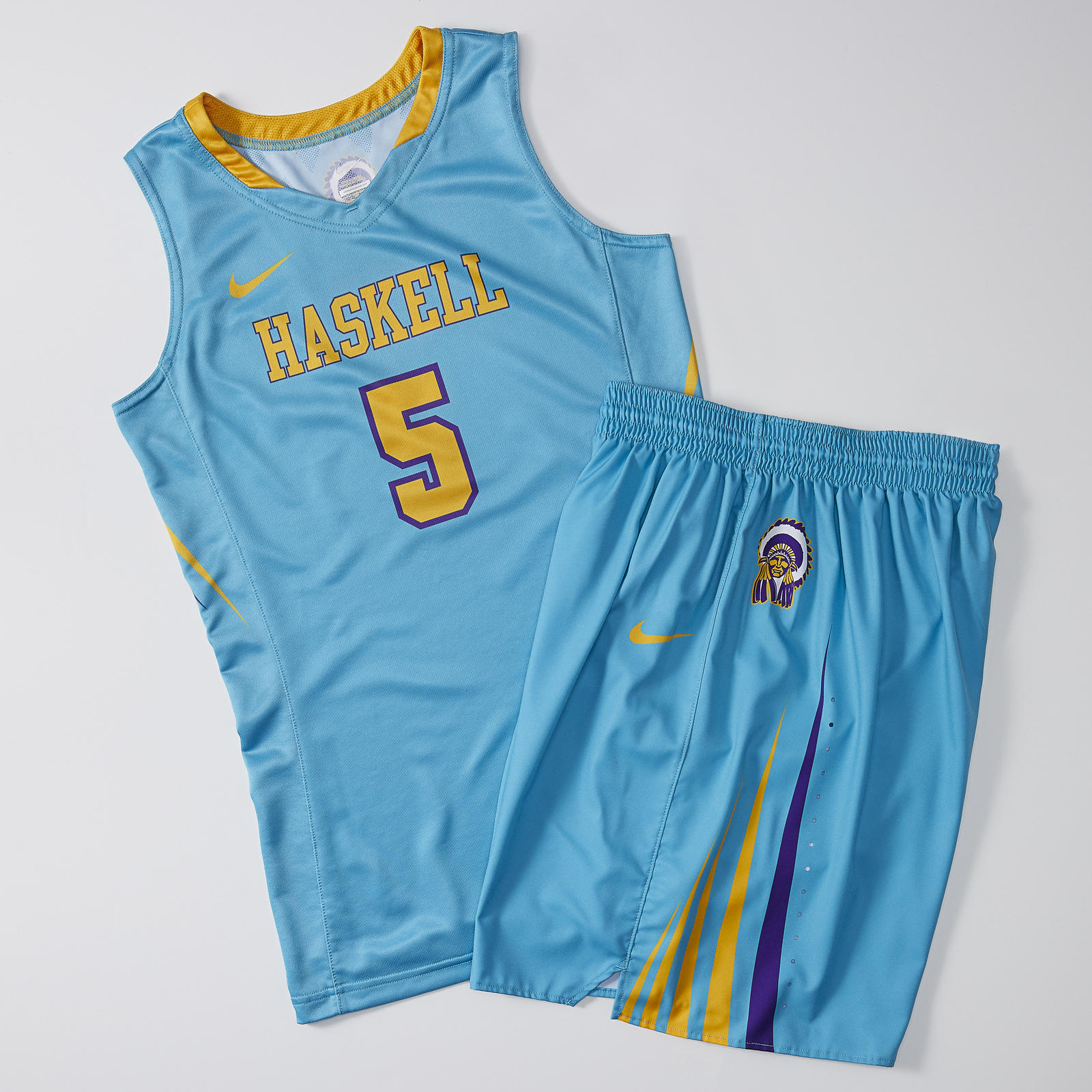 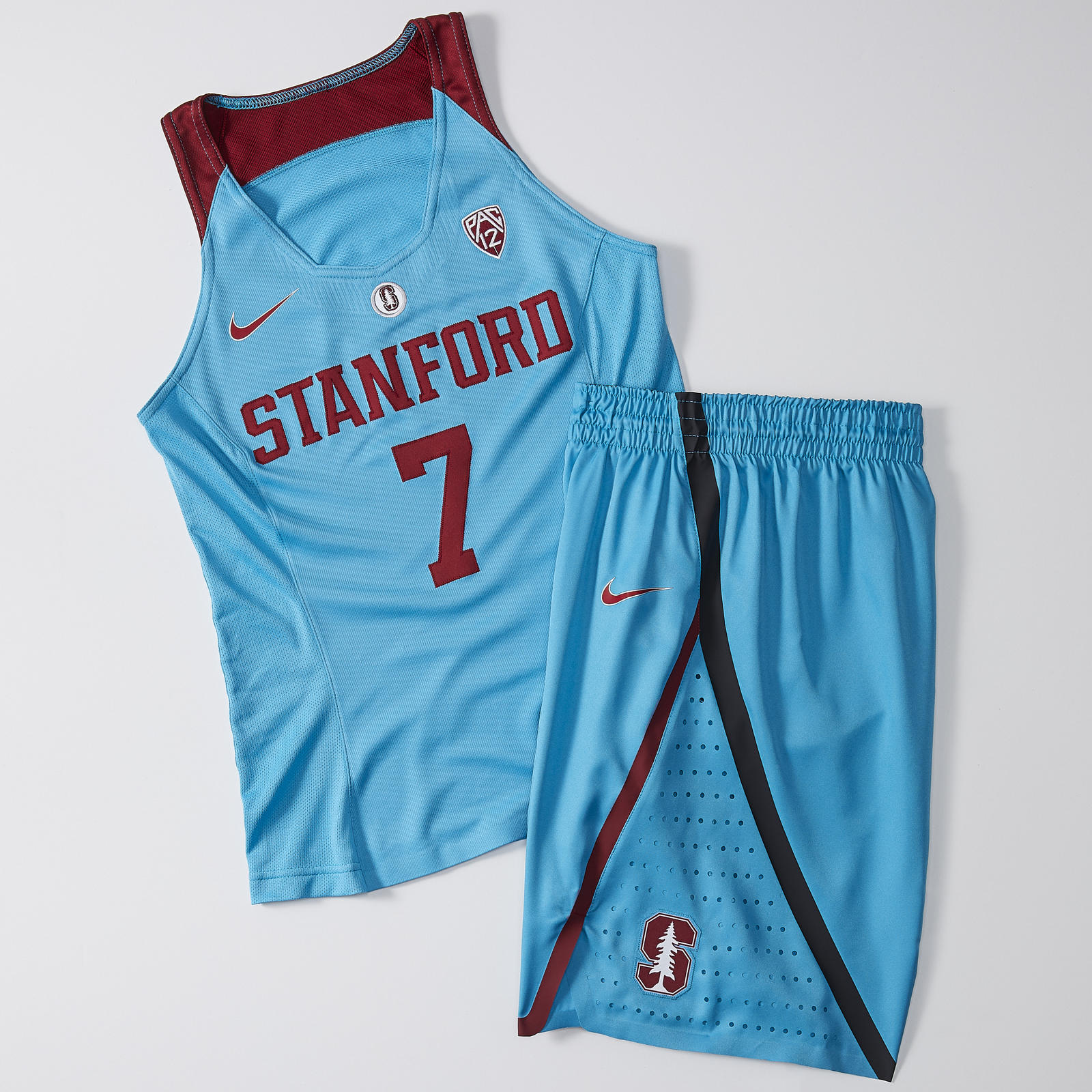 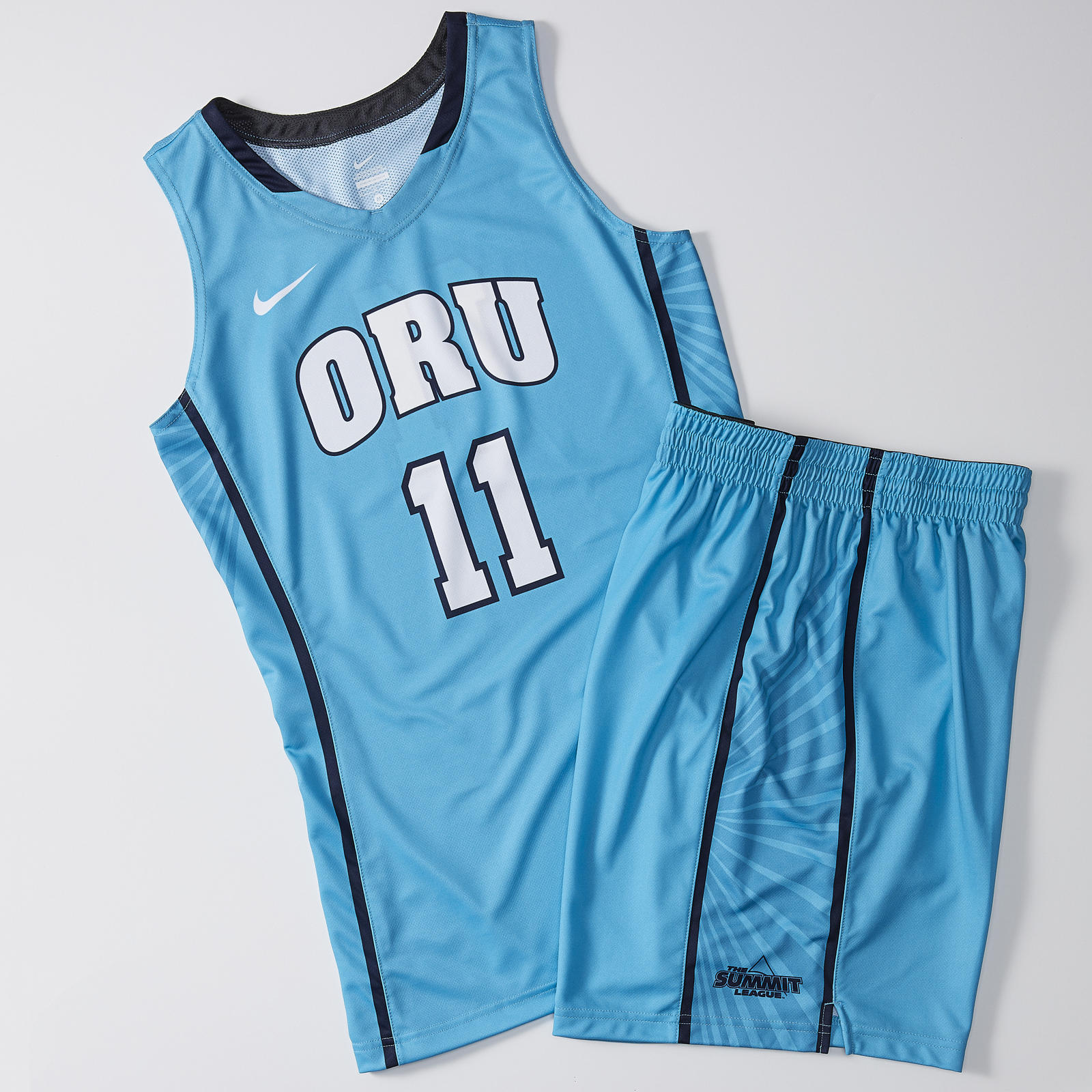 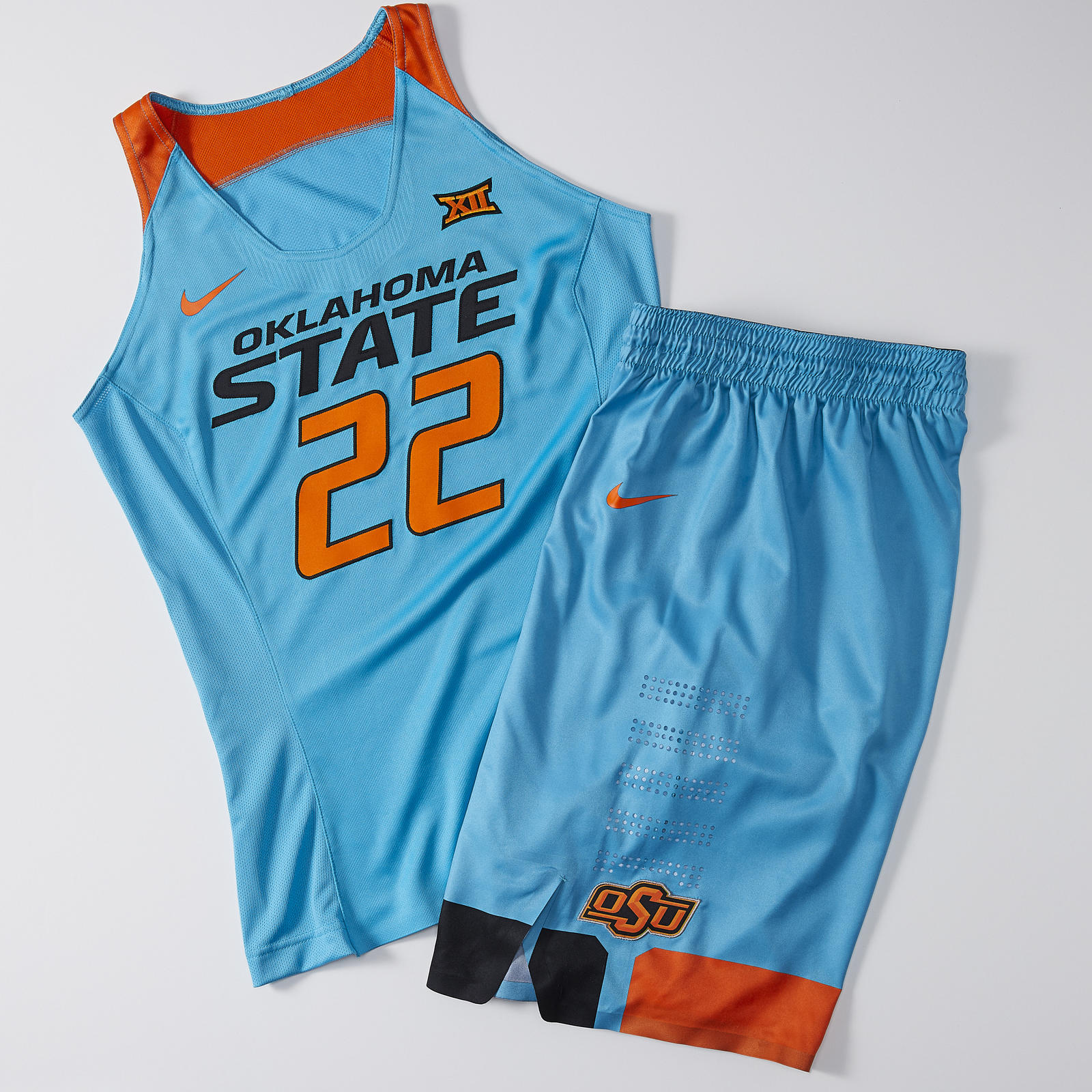 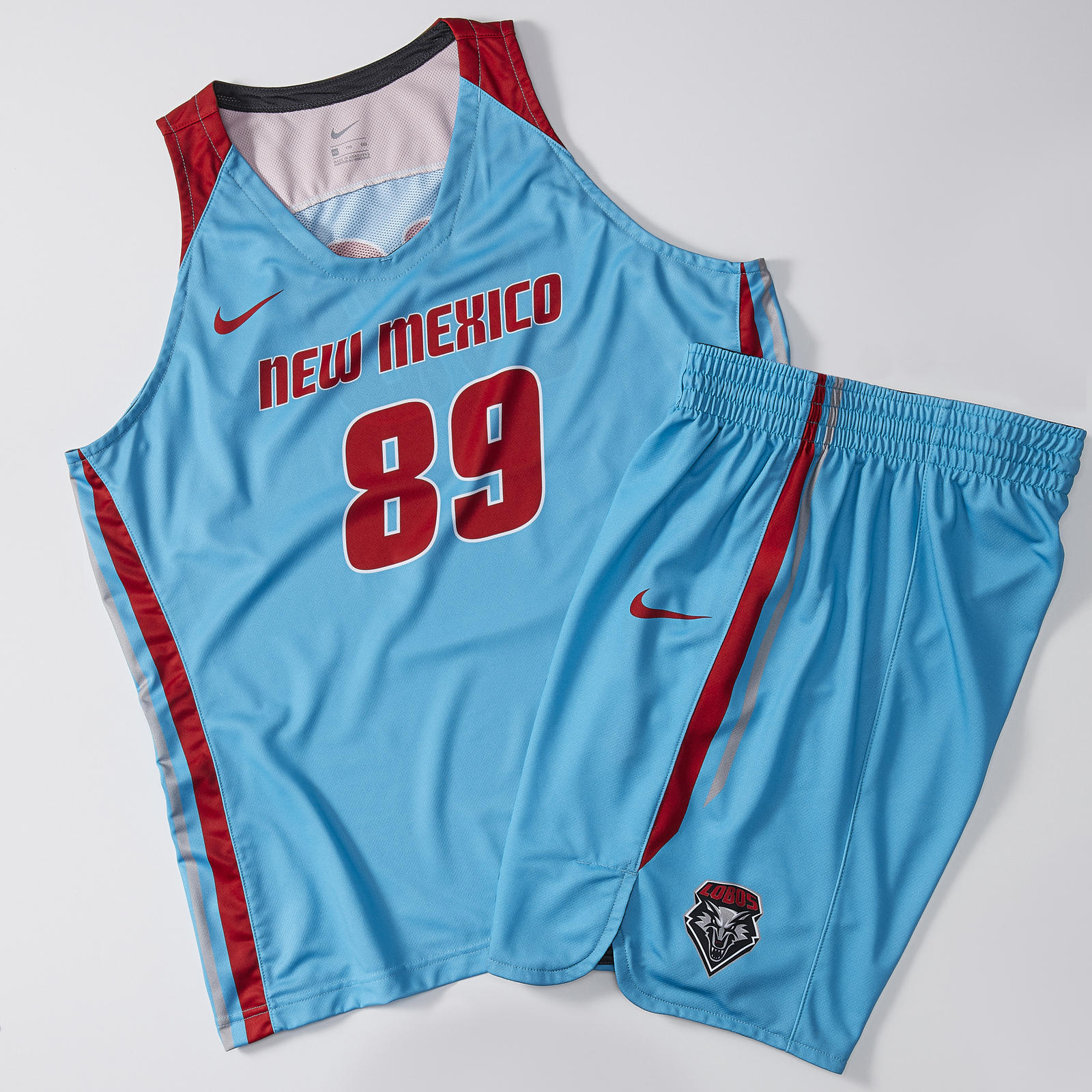 The participating programs this year include nine men’s teams and six women’s teams. New to the partnership are Fort Lewis College in Durango, Colorado and Mesa Community College in Mesa, Arizona. For those programs that have already worn the N7 jerseys for a few seasons, the familiarity has spurred a certain ownership that comes with wearing the color.

“The turquoise uniform is a big deal here,” says Shane Flanagan, head women’s coach of Haskell Indian Nations University in Lawrence, Kansas, one of the schools in this year’s partnership and the only all-Native American school in the country. “Before all of our games, we stress the importance in representing Native American culture to the best of our ability. Wearing the uniform signifies that responsibility.”

The distinctive uniform has appeared in at least one game of each participating school’s season since 2010. Flanagan says that there are seasons when his players choose to wear the jersey multiple games a year; one season, the team donned the uniform more than five times. Based in Tulsa, Oklahoma, the Oral Roberts University women’s team has taken to wearing the uniform against the school’s cross-town rivals. This year, on its Native American Heritage Night, the team will wear the jersey during one of its most anticipated non-conference games of the year.

Since its introduction onto the hardwood, the turquoise jersey has rotated into increasingly visible moments of a program’s season, building an anticipation that’s felt in the home arena and on the road.

“It’s taken on a life of its own in these communities,” says Flanagan. “Everyone knows the Nike N7 uniform. Everyone looks forward to us wearing it. And a lot of people show up to the games.”

Check Out a Selection of the 2018 Nike N7 Men's Uniforms 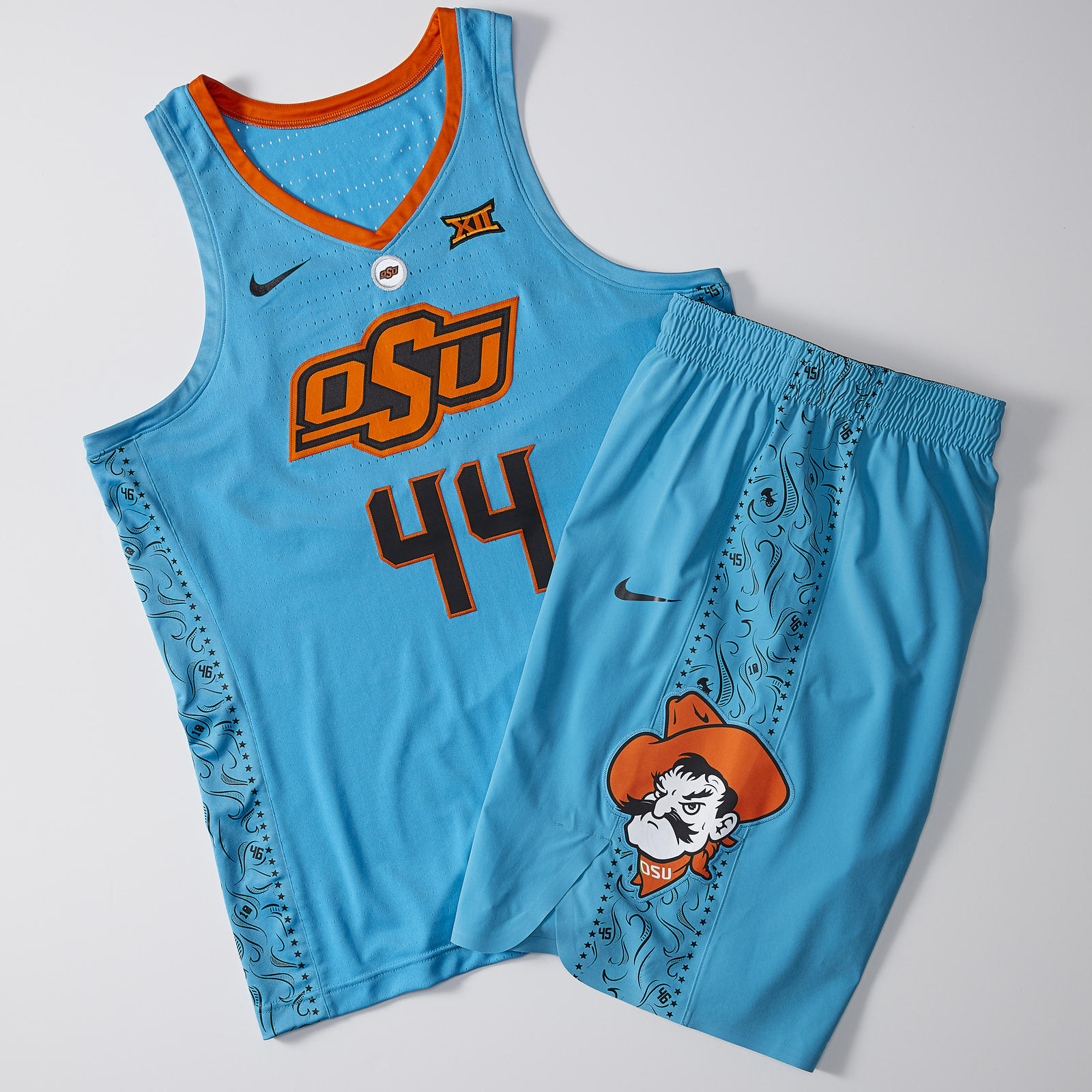 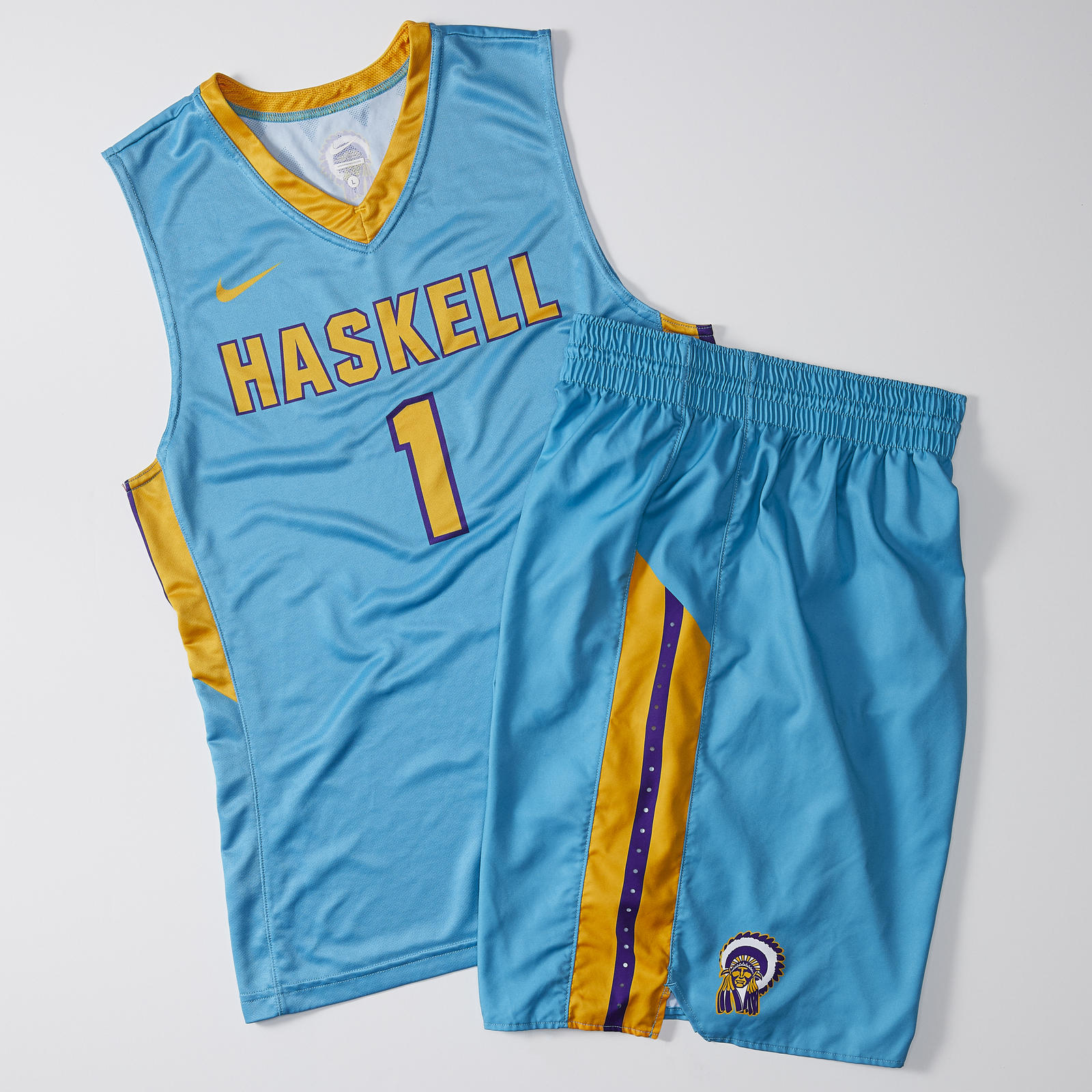 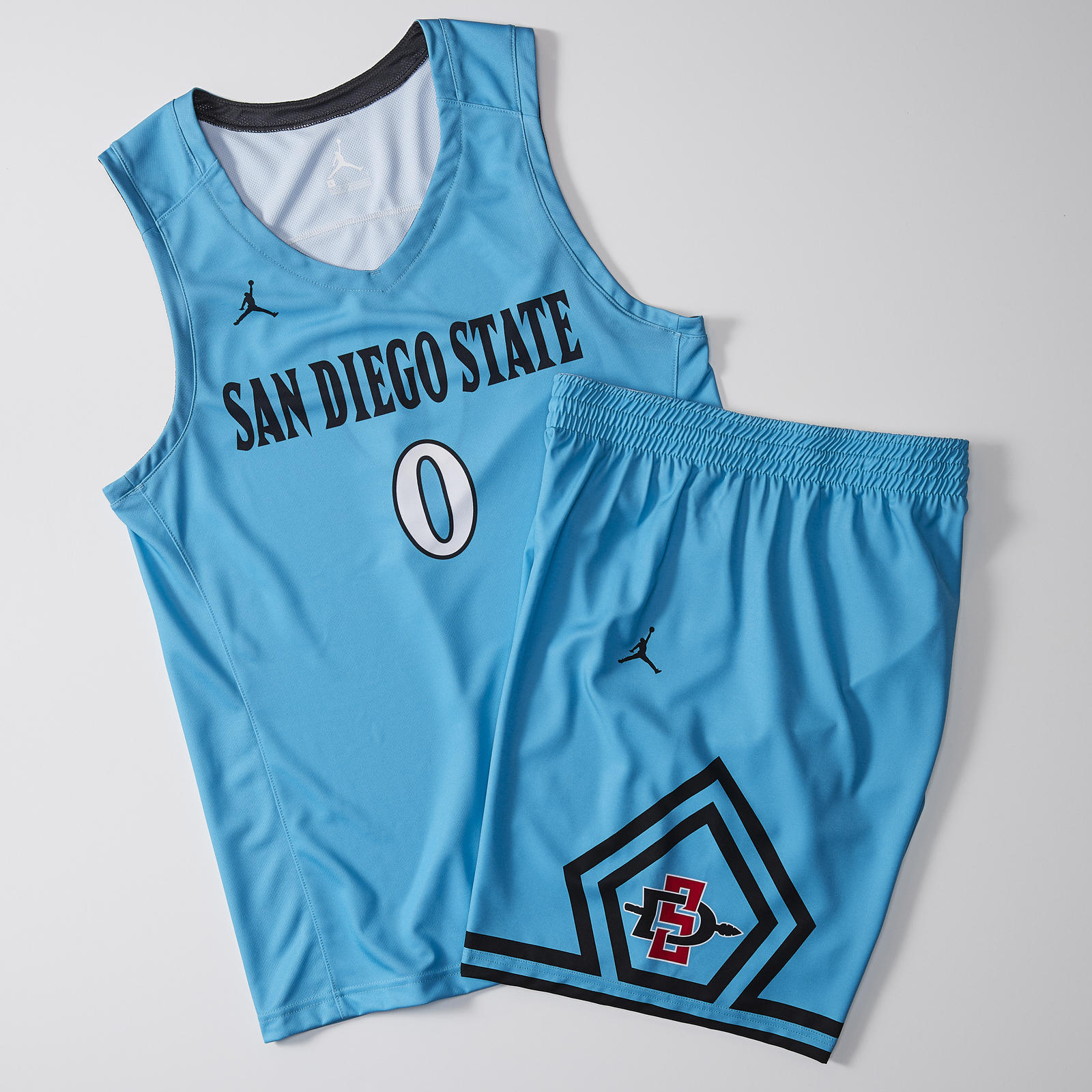 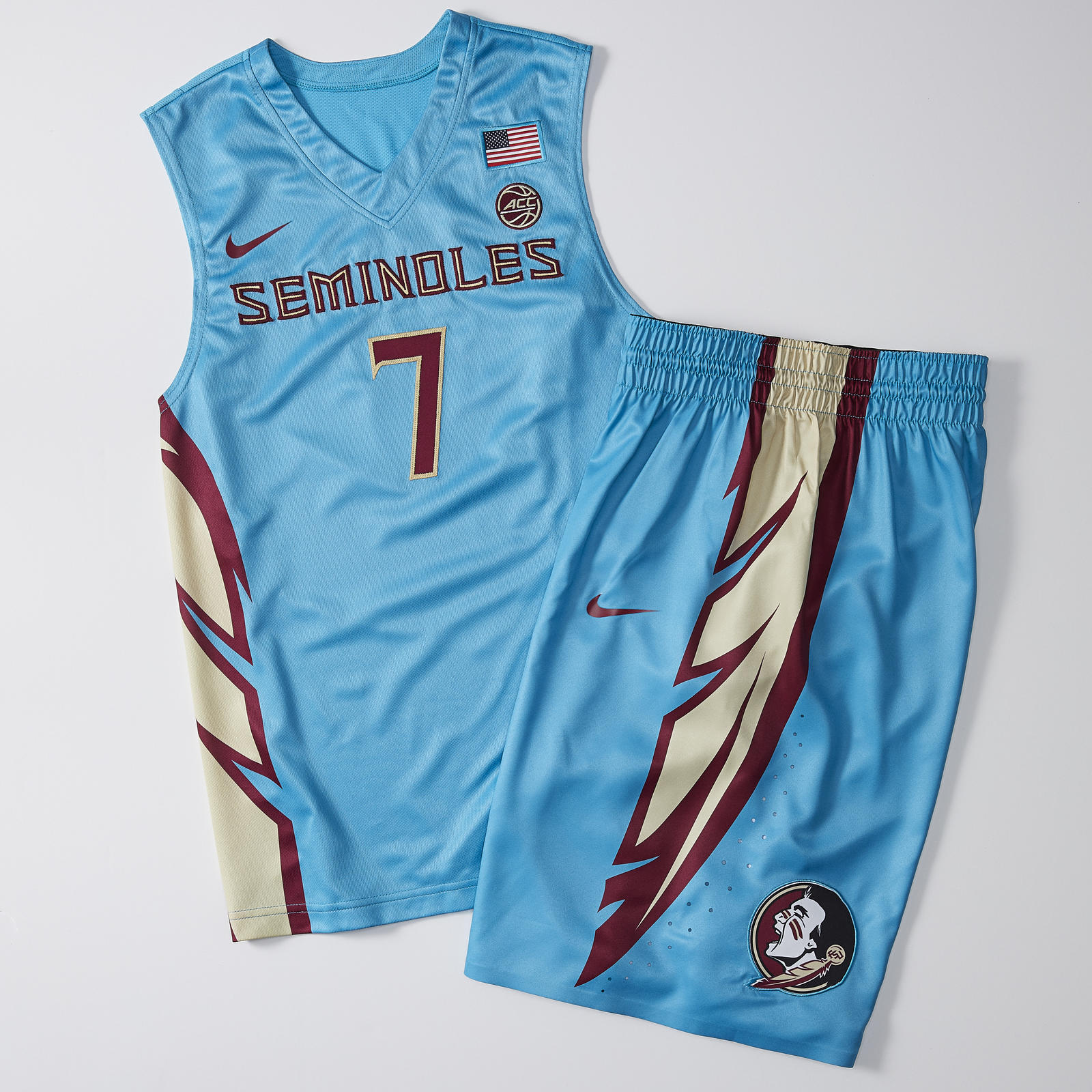 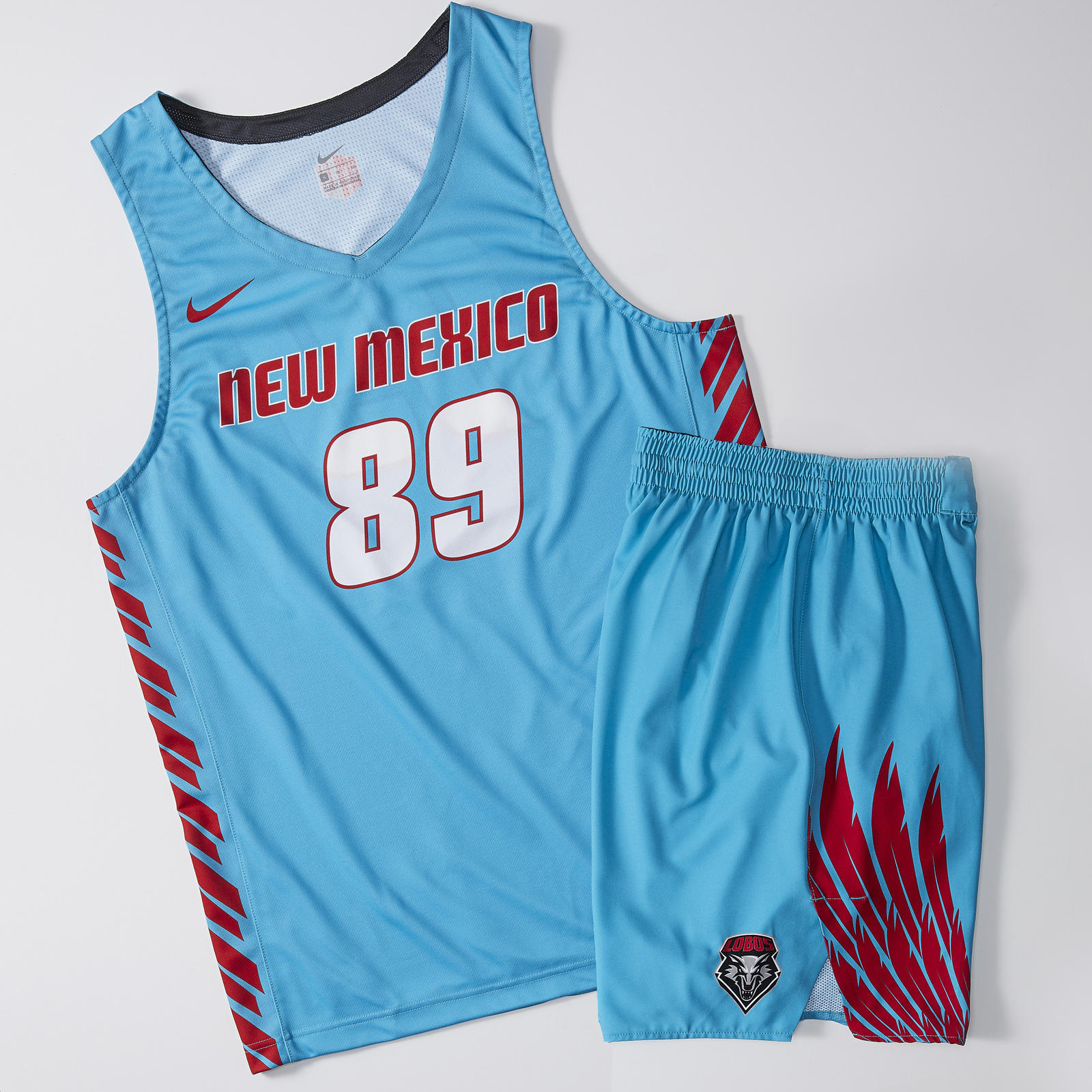 There's also local outreach between Nike N7 and the programs that encourages Native American youth to live active, healthy lifestyles. Each season, the New Mexico Lobos men’s and women’s team auction the turquoise uniforms and donate the proceeds to local Native American youth organizations. Whether through basketball camps, field days or programs for kids, turquoise heralds not simply a different-colored uniform, but a shared mission to positively impact Native American communities from the inside out.

“Wearing the Lobos on your chest is important, but it’s just as important to actively serve in our community,” says Brad Hutchins, Deputy Athletic Director at the University of New Mexico. “When you travel around the state, there are 19 Pueblos and three Native American reservations, so there are a lot of opportunities to be engaged and to help. That’s why it’s critical that we work with Nike N7. It’s more than just generating awareness for our Native American communities. It’s about helping them.”

Nike believes kids aren’t meant to sit still, they’re Made to Play. The N7 collection supports Nike’s commitment to get kids moving through the N7 Fund, which supports organizations to provide sport and physical activity programming to kids in Native American and Aboriginal communities so that they can lead healthier, happier and more successful lives. Since its inception in 2009, the N7 Fund has awarded $5.6 million in grants to 243 communities and organizations, reaching more than 420,000 youth. Harnessing the power of sport as a unifying force, the N7 Fund helps kids reach their greatest potential and reflects Nike’s belief in creating more equal playing fields for everyone.