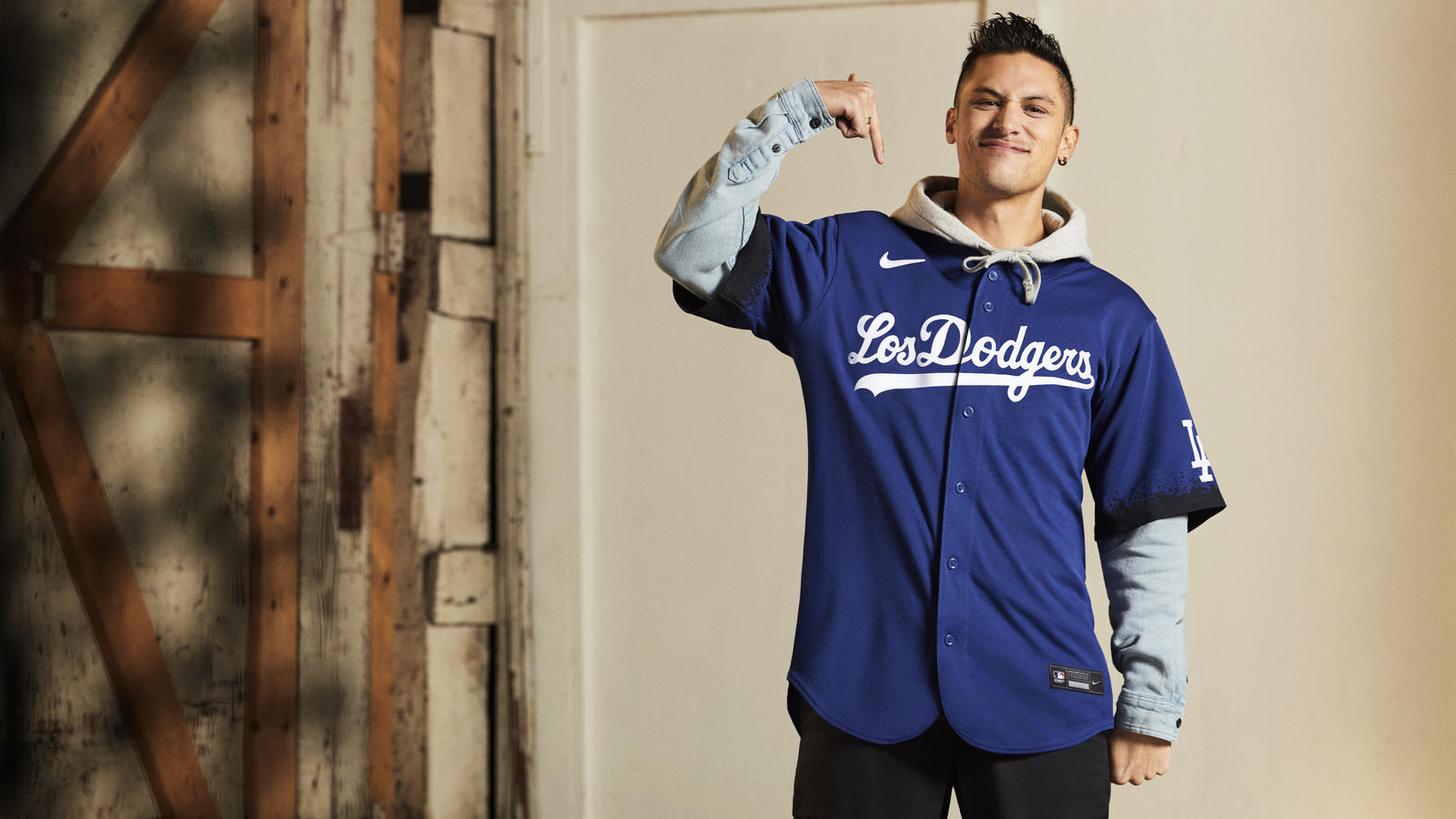 After Major League Baseball and Nike announced their partnership to provide on-field uniforms in 2020, the relationship would help guide one of the most historic visual connections in sports: the bond between baseball club identities and their fans. Balancing that sanctity and ingenuity in a club's identity through creative partnership is what energizes the 2021 Nike MLB City Connect Series. The designs continue to explore a franchise’s connection to its city and its fanbase, each with distinct personalities, values, customs and traditions.

“Nike is uniquely suited for our relationship with MLB because we like pushing the edges of creativity across the board, but it's always done out of a place of supporting the players and advancing the sport,” says Sonja Henning, Nike VP, North America League Partnerships. “We take that same attentive energy in hearing insight from athletes and apply that to visualizing new and familiar relationships between clubs, cities and fans.” 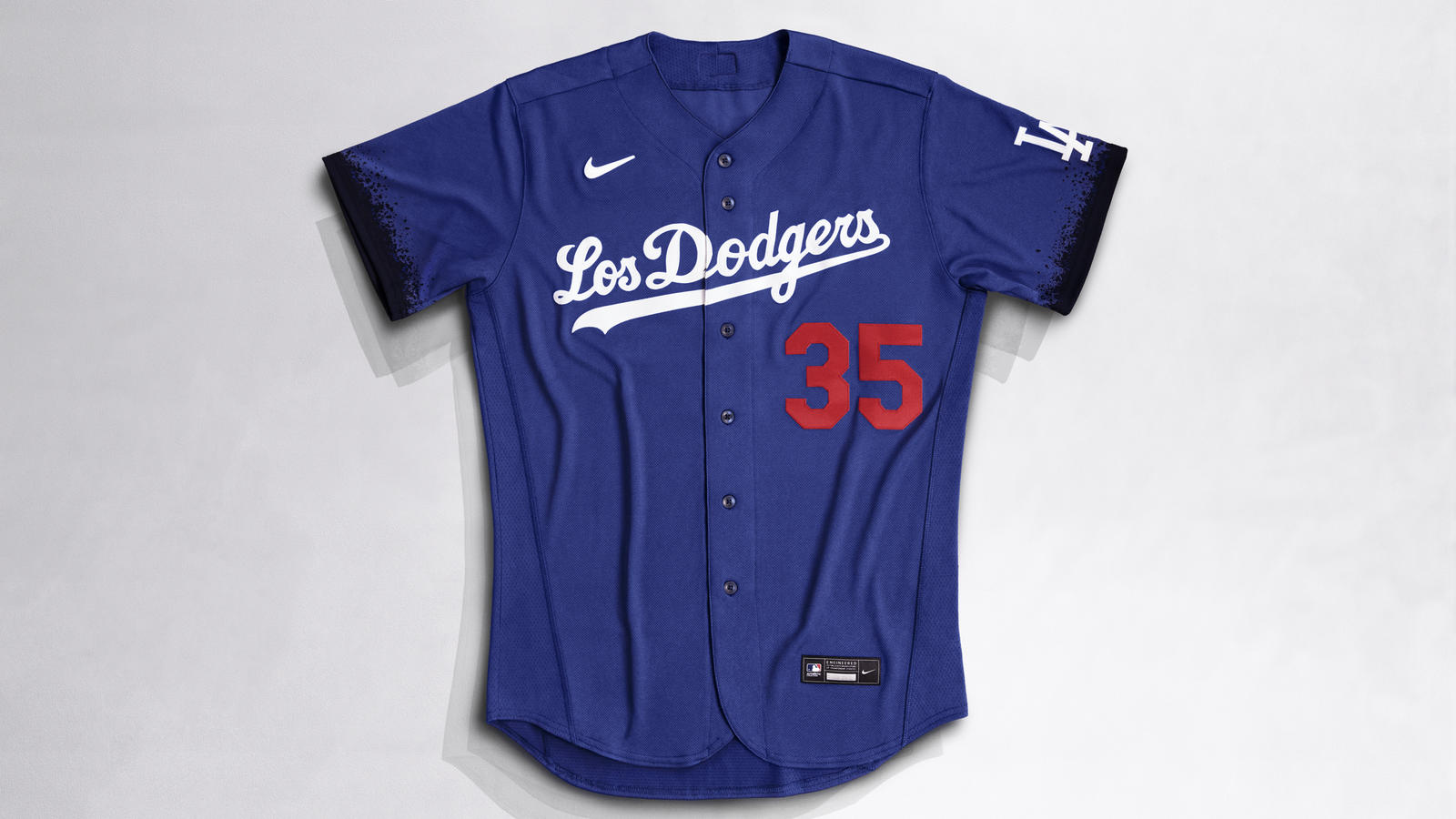 The Nike Los Angeles Dodgers City Connect Jersey celebrates the link between Los Angeles’ distinct culture and sport. The club unites all Angelenos through their passion for team, its color and a shared pursuit of greatness. The blue jersey is a tribute to a fanbase who have powered the club for over six decades. 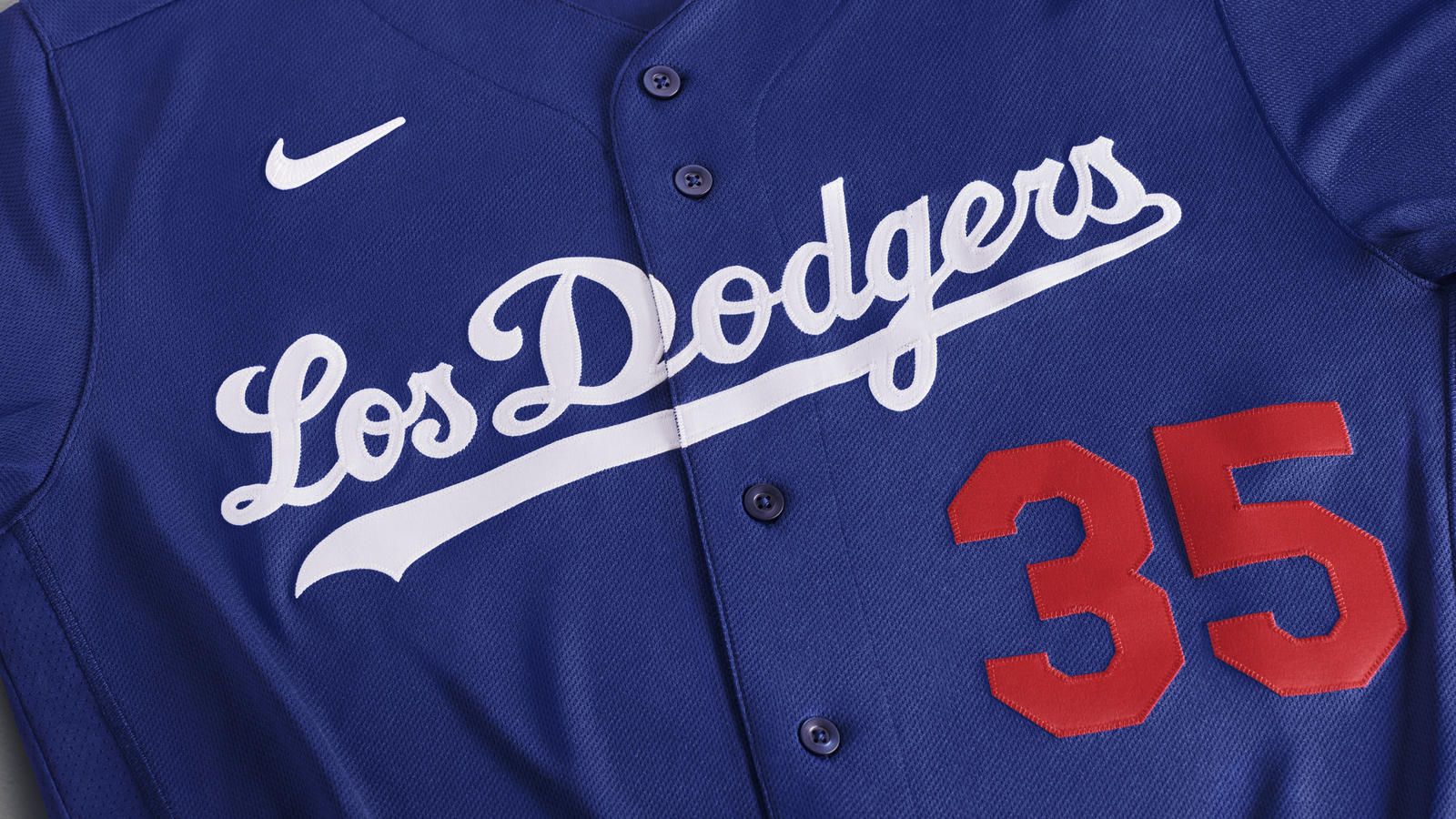 Releasing ahead of Latino Heritage Month, the jersey features “Los Dodgers” across the chest. The graphic pays homage to the “Viva Los Dodgers” chant heard within the stadium and across the city after Dodgers’ victories. 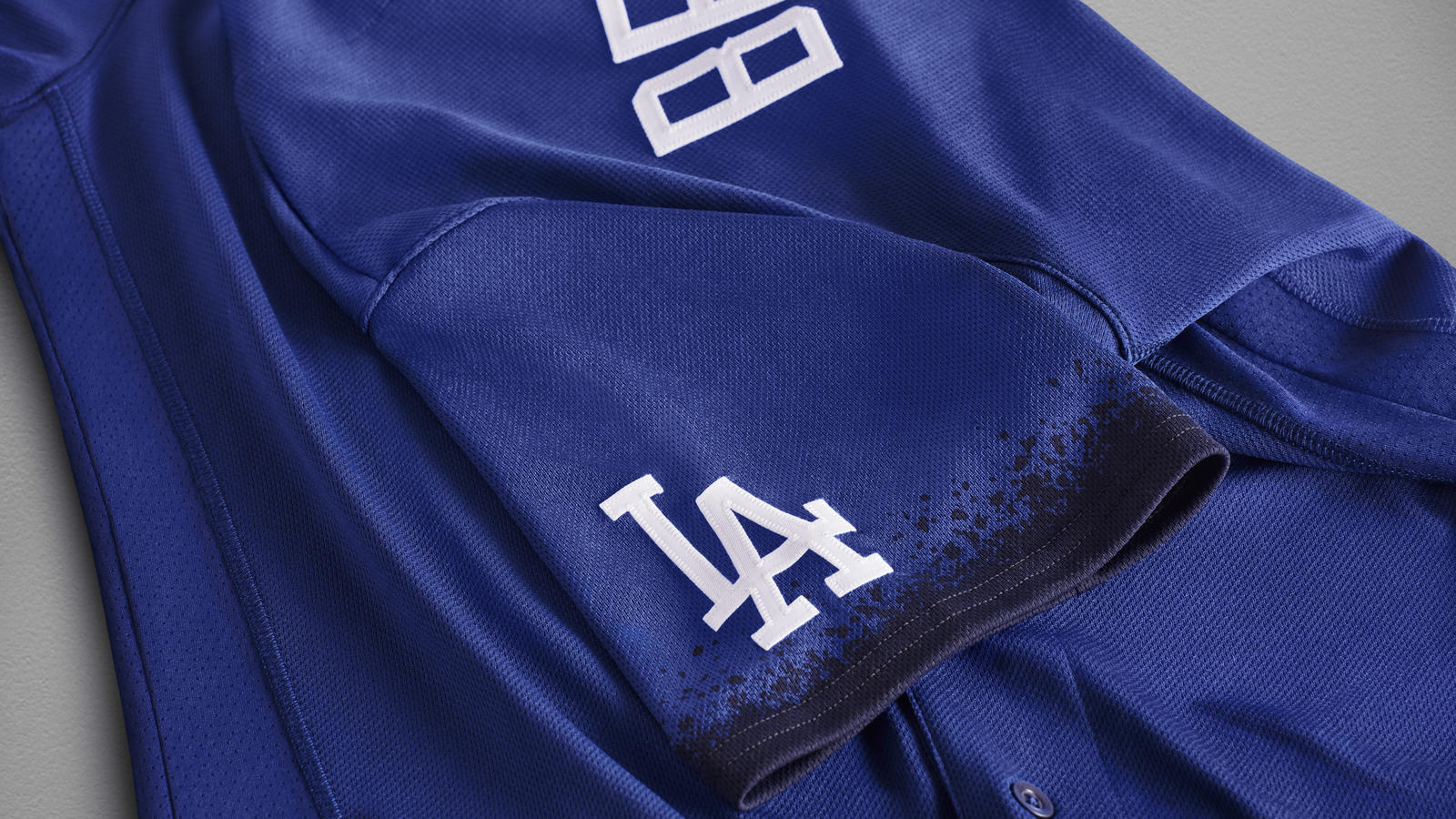 On the jersey’s sleeves, a spray-paint design honors L.A.’s mural culture. Throughout the city, artists have illustrated iconic Dodgers’ moments that commemorate the legacy of the club and its players. 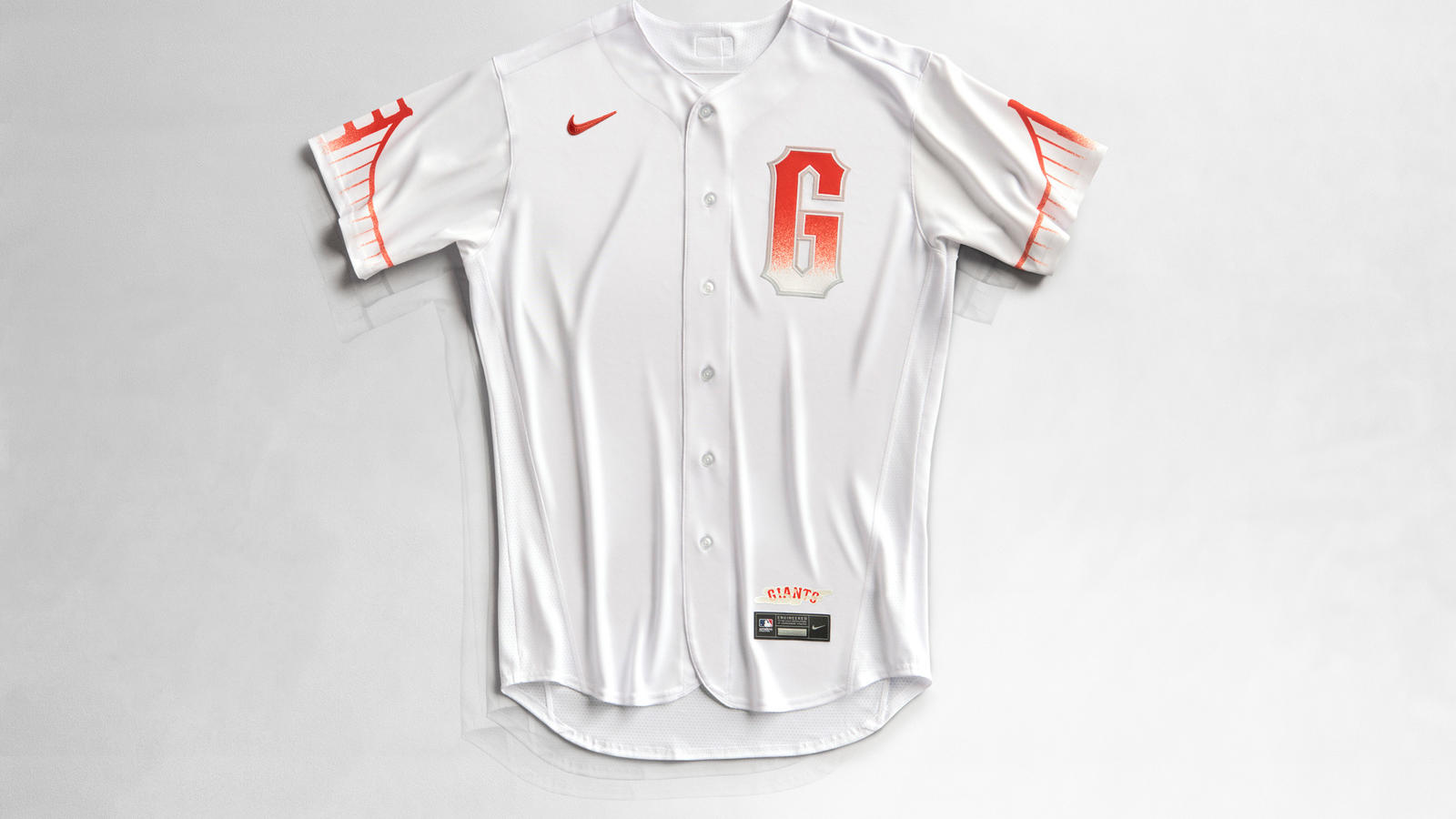 The Nike San Francisco Giants City Connect Jersey honors one of America’s most iconic structures — the Golden Gate Bridge. The bridge is a beacon of inspiration in the region, a precursor to the Bay Area’s boundary-pushing technological innovation. 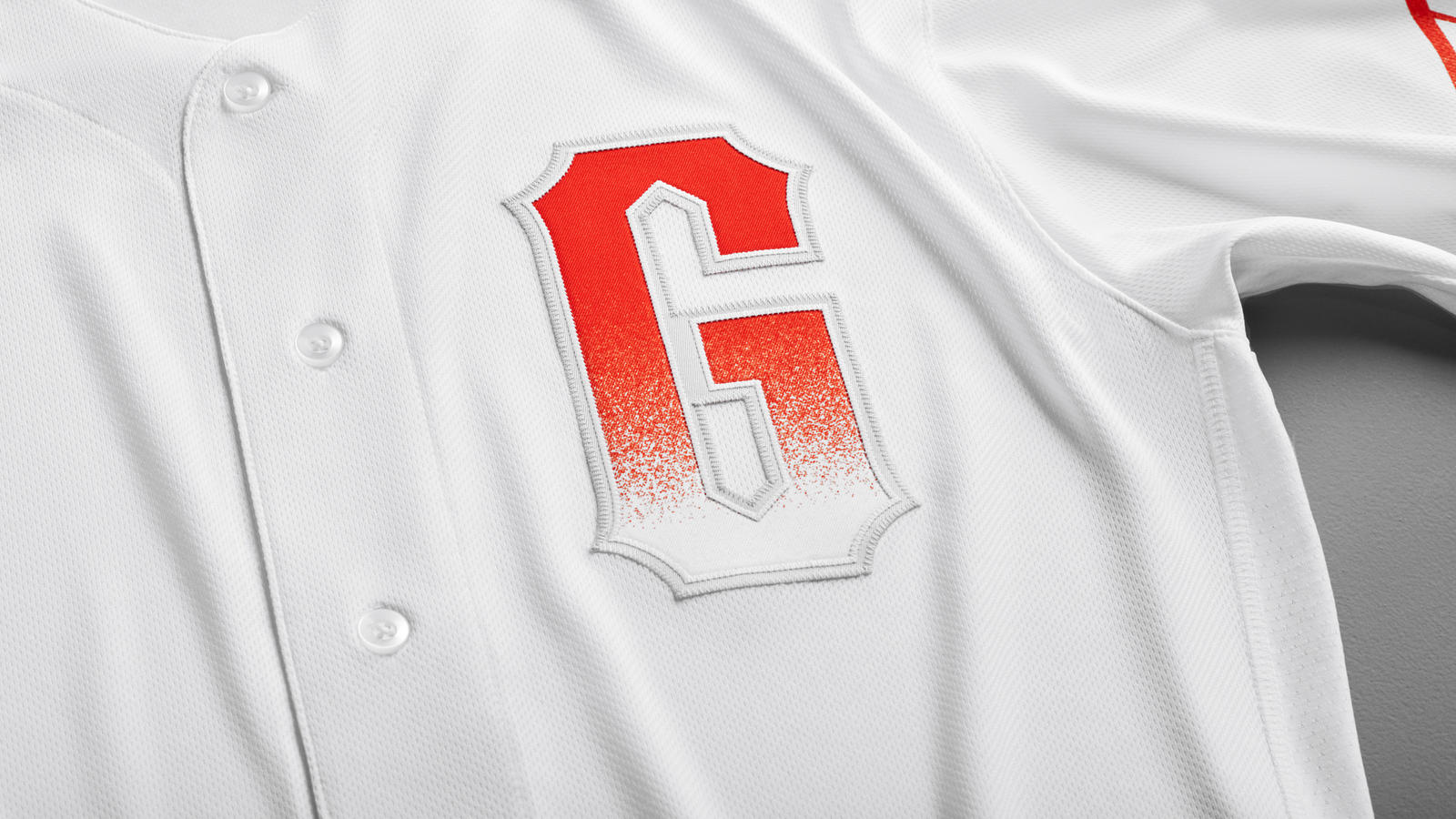 The white base of the jersey represents the Bay Area’s ever-present fog, while the orange details are borrowed from the Golden Gate Bridge’s paint scheme. 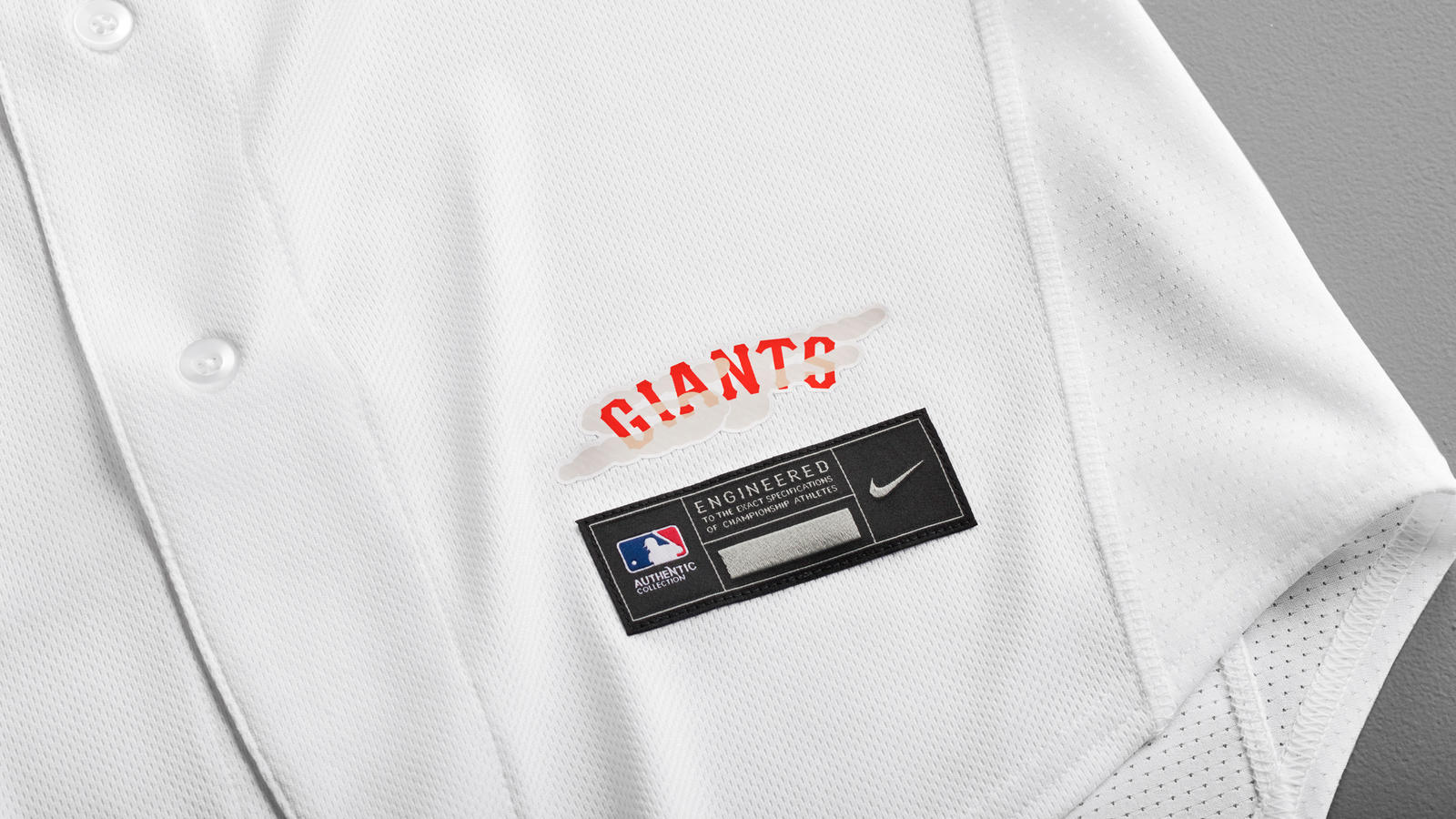 Elements of the jersey, like in the area above the jock tag, symbolize the rising fog over the San Francisco bay.

The Nike San Francisco Giants jersey from the Nike MLB City Connect Series releases July 5 on the Nike App and nike.com, and at the MLB Flagship Store (NYC) and select retail locations. 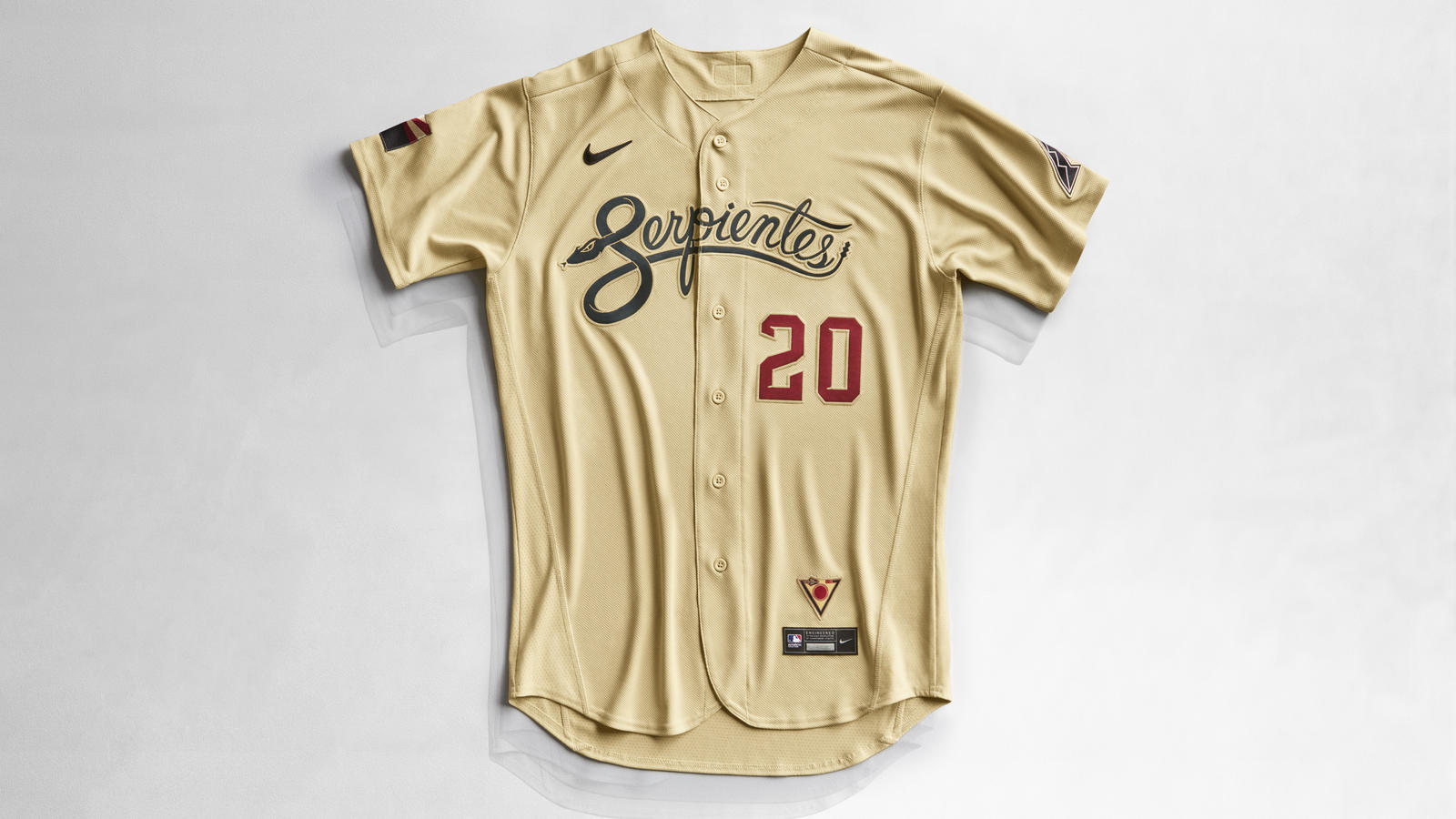 The Nike Arizona Diamondbacks City Connect Jersey is inspired by the Sonoran Desert’s climate and terrain. Living in what’s known as the Valley of the Sun, residents have adapted to thrive in one of the United States’ hottest climates. 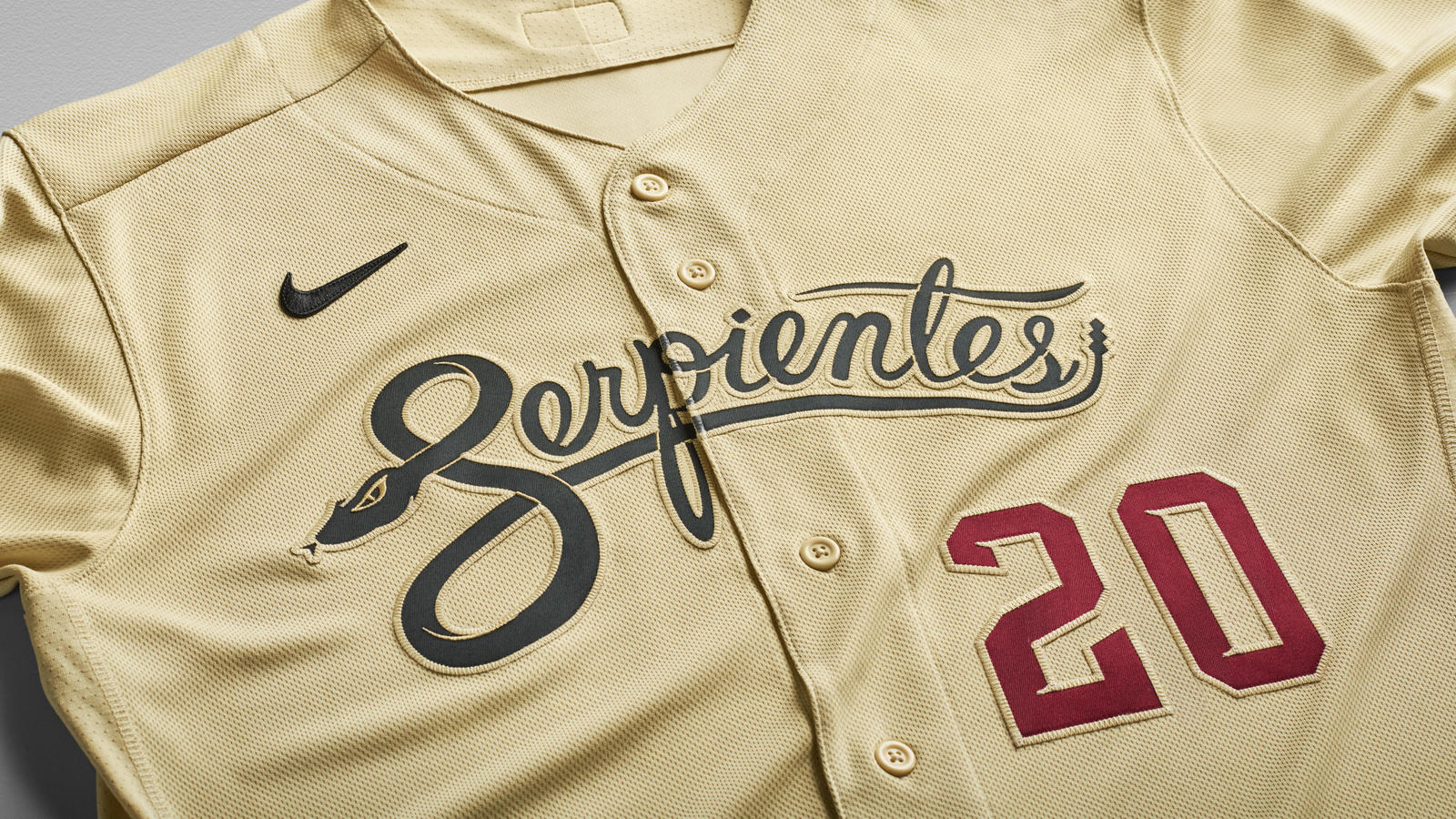 The “Serpientes” graphic across the chest translates to “snakes” in Spanish. The translation honors the lasting impact of the valley’s Latin American population. 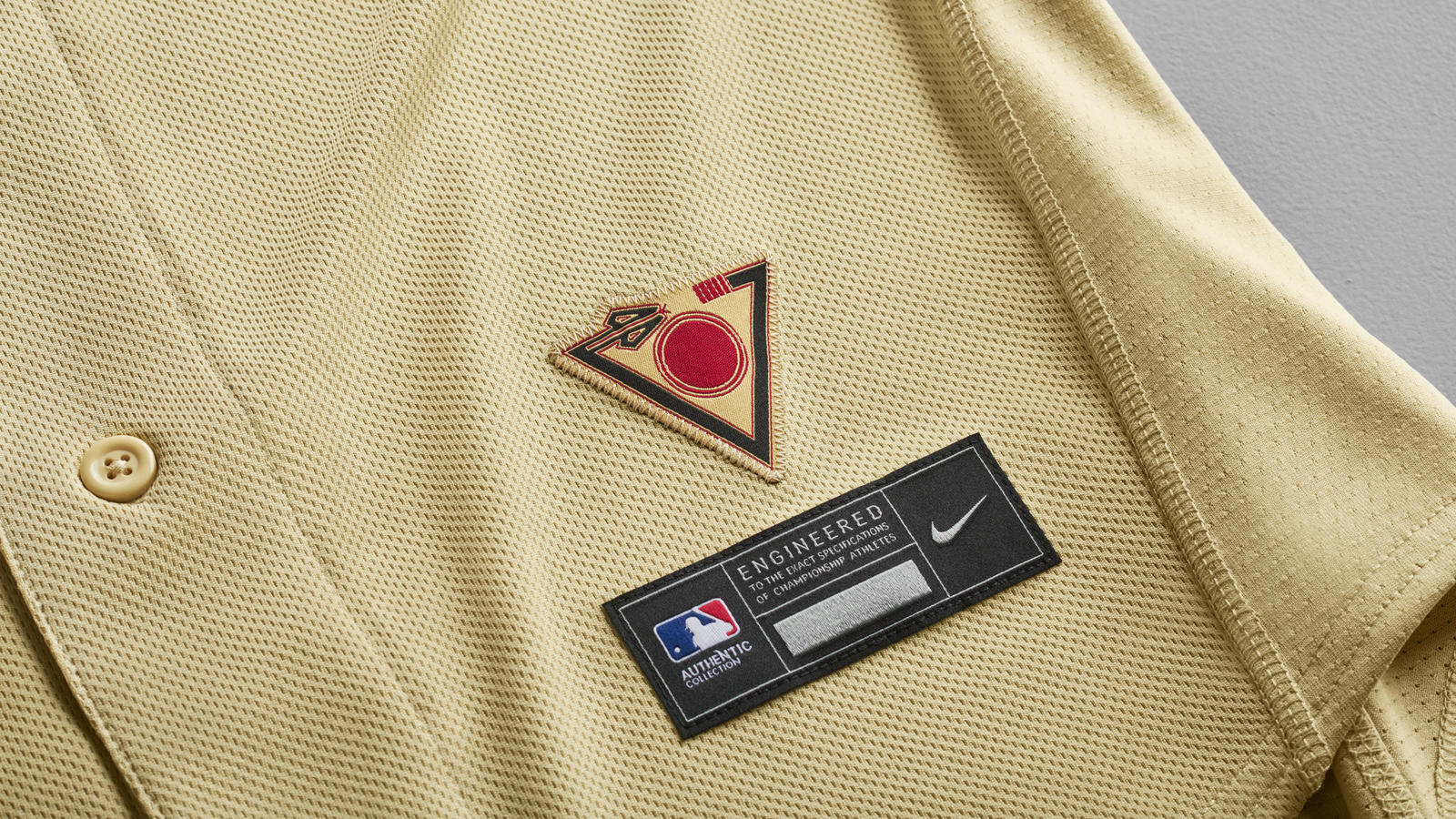 Above the jock tag, a triangular patch symbolizes the link between the team and the Valley of the Sun. The Diamondbacks’ alternate logo transforms into a V for “valley,” and at the center of the design, a red circle embodies the sun.

The Nike Arizona Diamondbacks Jersey from the Nike MLB City Connect Series releases June 13 on the Nike App and nike.com, and at the MLB Flagship Store (NYC) and select retail locations. 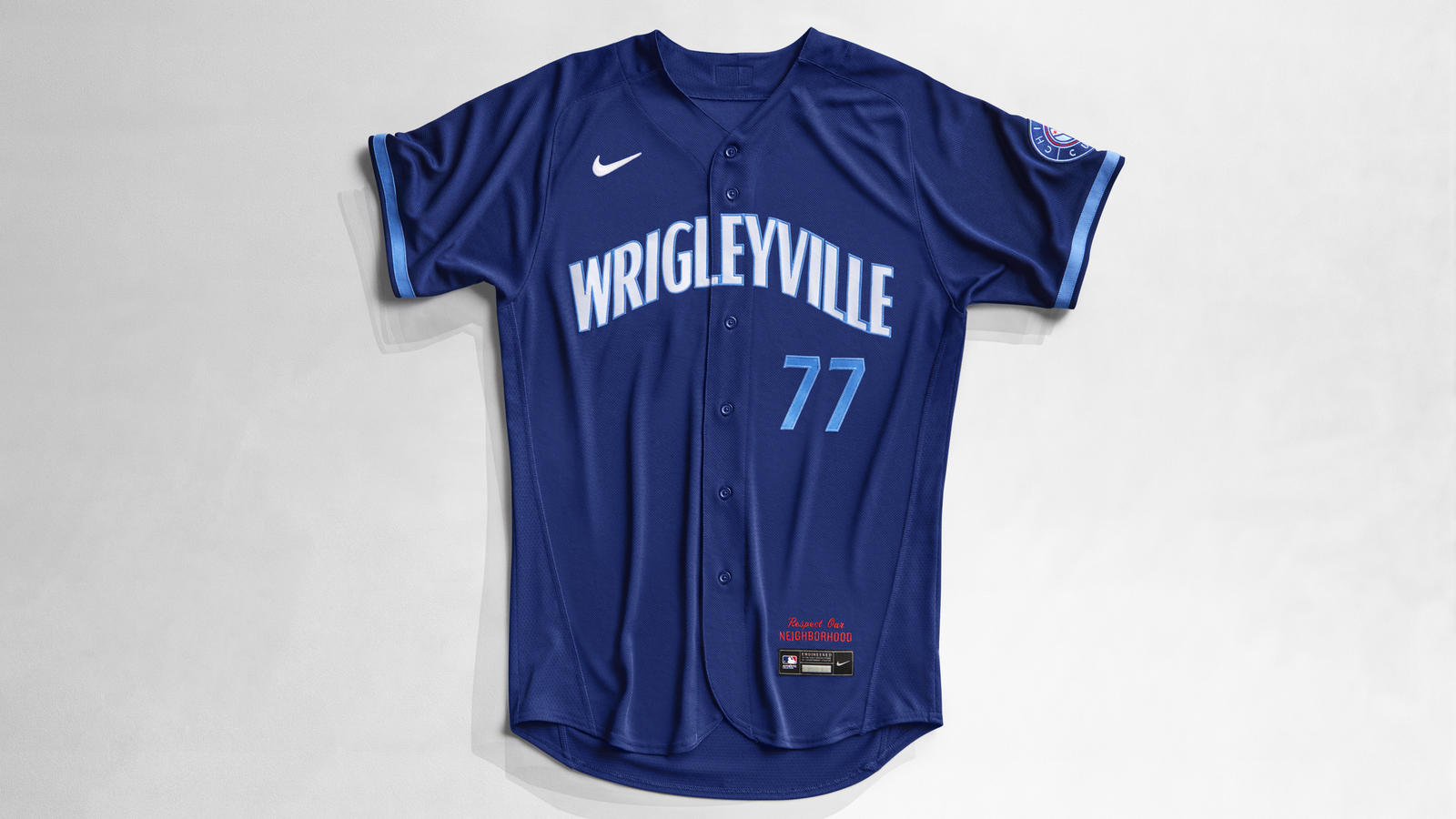 The Nike Chicago Cubs City Connect Jersey is inspired by all 77 of Chicago’s distinct neighborhoods. The jersey’s colors are influenced by those on the city’s flag. 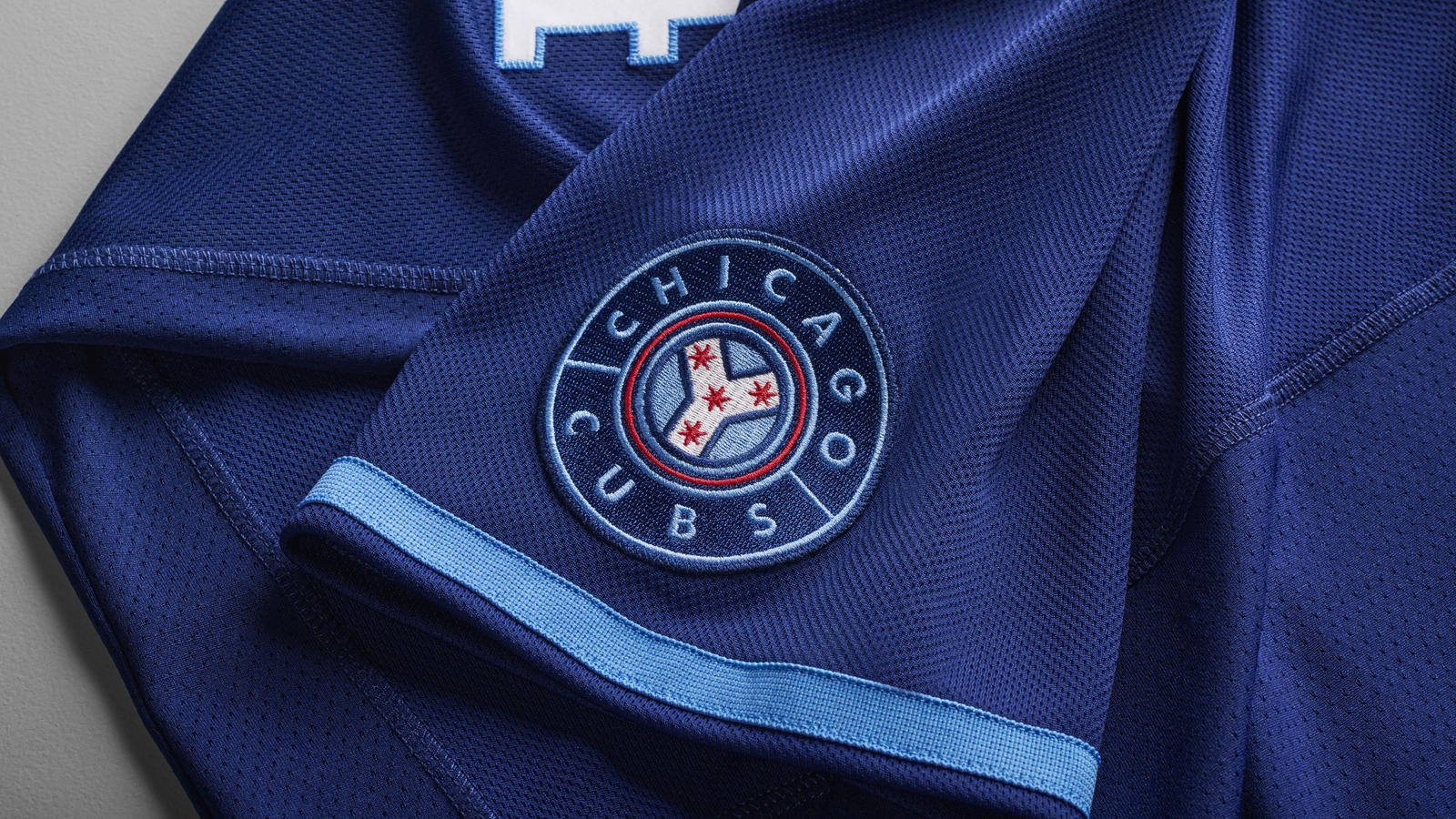 On the left sleeve, a circular patch symbolizes the connectivity of Chicago’s neighborhoods. The patch is influenced by various Chicago iconography like transit tokens, the municipal device and the city’s flag. 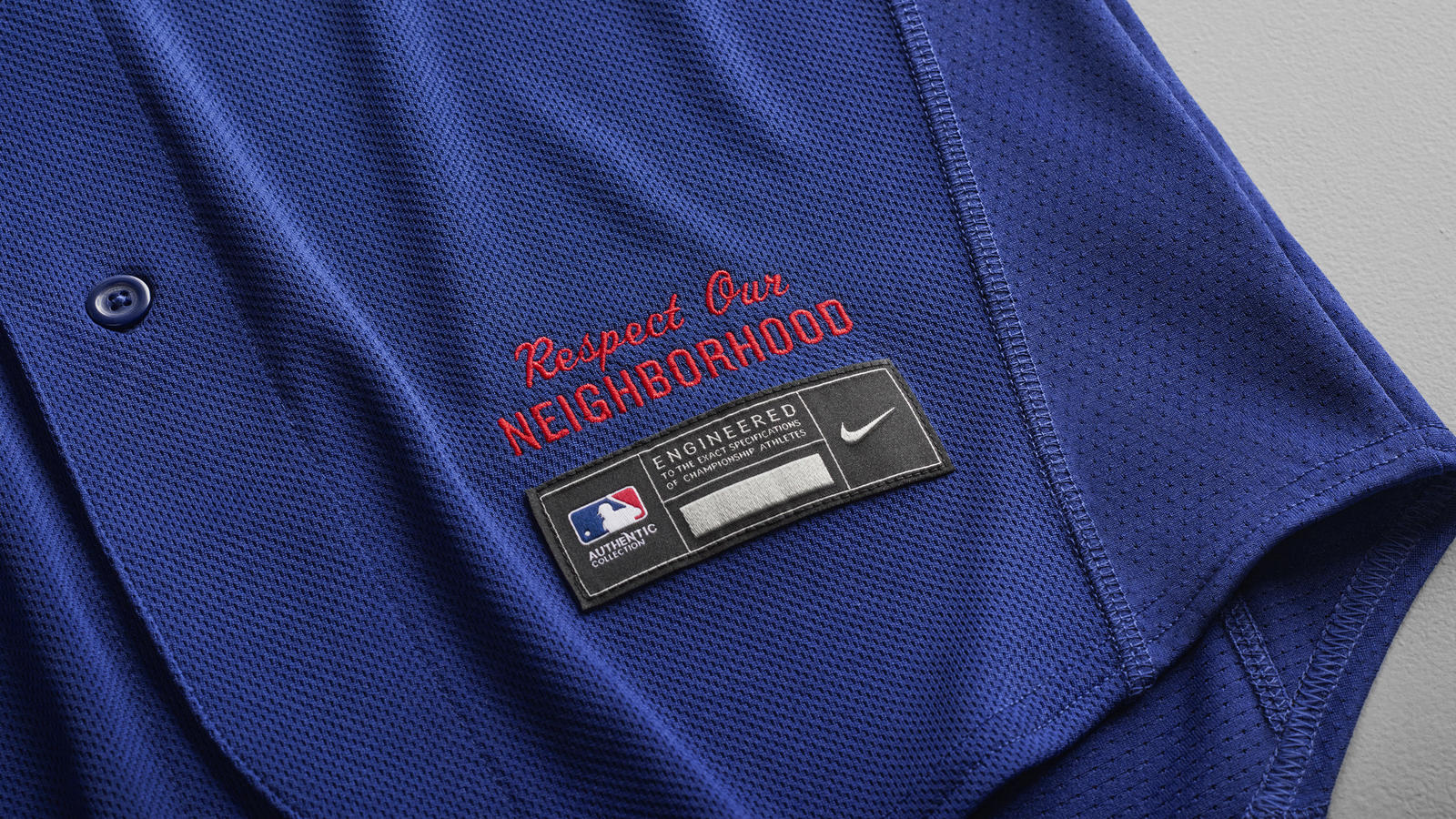 The “Respect Our Neighborhood” detail, above the size tag, reimagines Wrigley Field’s exit sign and is also a call to action, intended to honor the uniqueness and diversity of each Chicago community.

The Nike Chicago Cubs Jersey from the Nike MLB City Connect Series releases June 8 on the Nike App and nike.com, and at the MLB Flagship Store (NYC) and select retail locations. 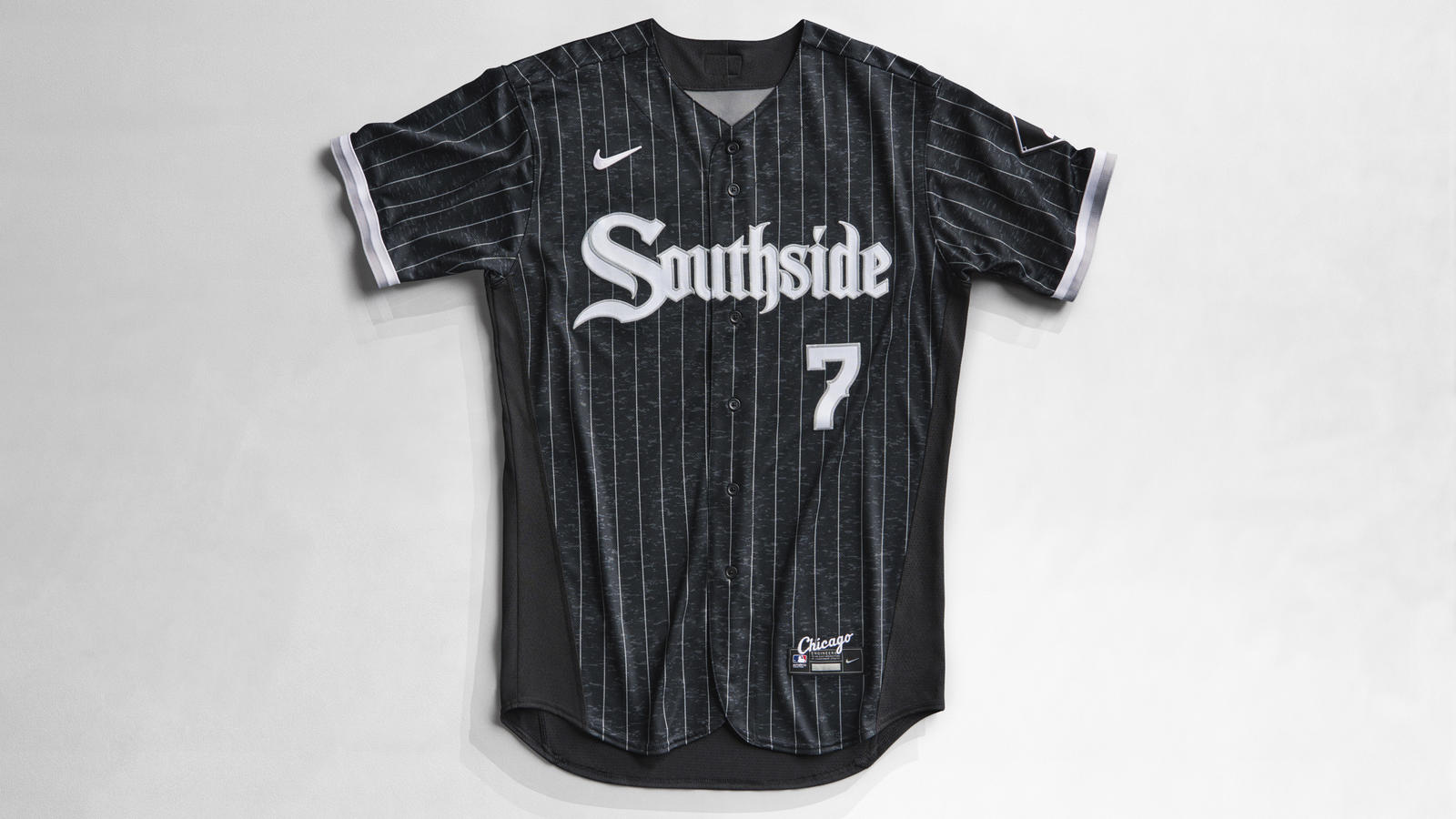 The Nike Chicago White Sox City Connect Jersey pays tribute to the attitude of Chicago’s Southside. In 1991, the White Sox unveiled a new brand identity that aligned perfectly with their community’s hardworking, resilient attitude. The new look not only resonated on the Southside — but permeated through Hip Hop and youth culture. 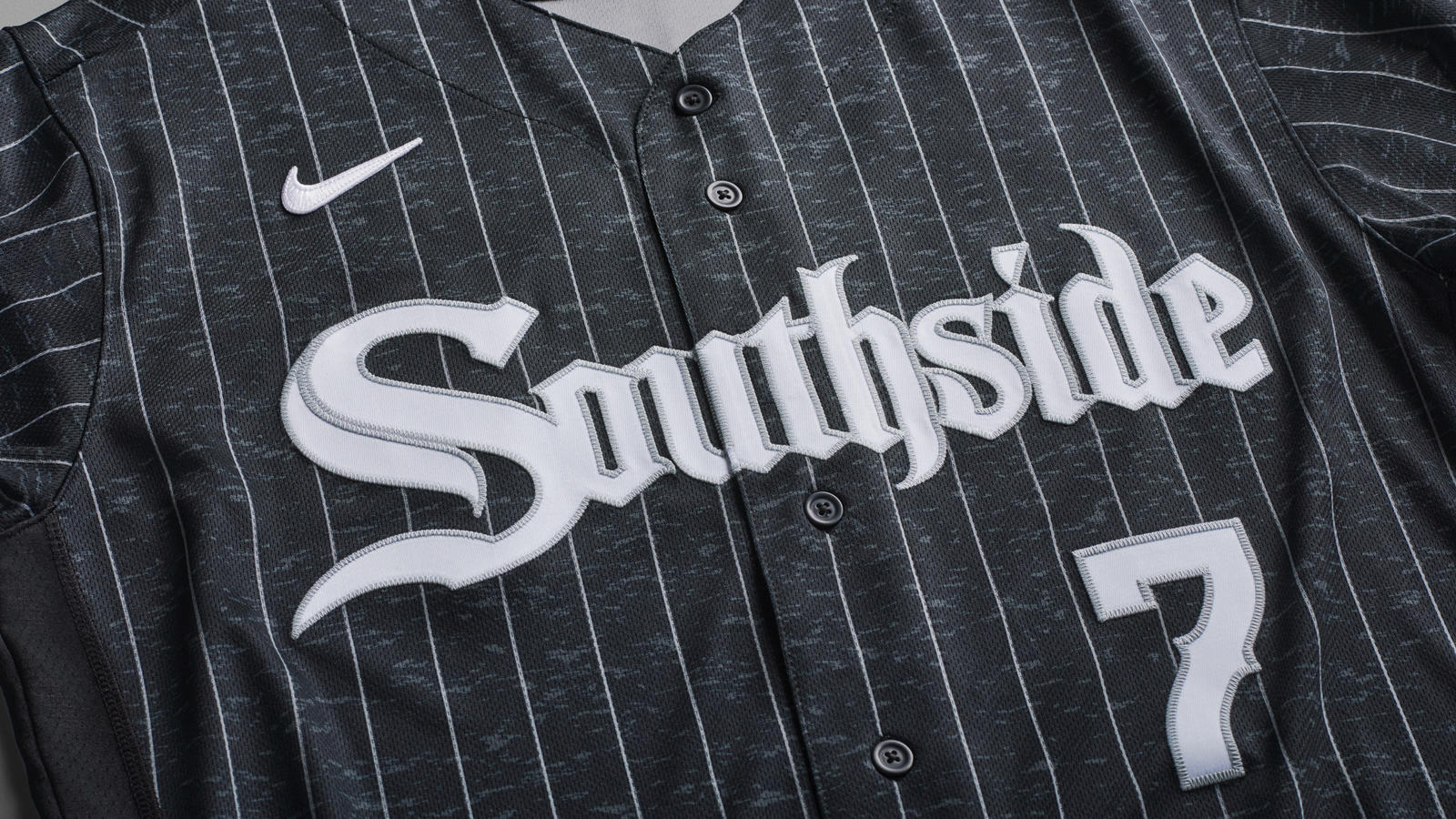 The “Southside” graphic, on the jersey’s chest, reimagines the popular White Sox’ gothic-script logo to create a new font and number system. 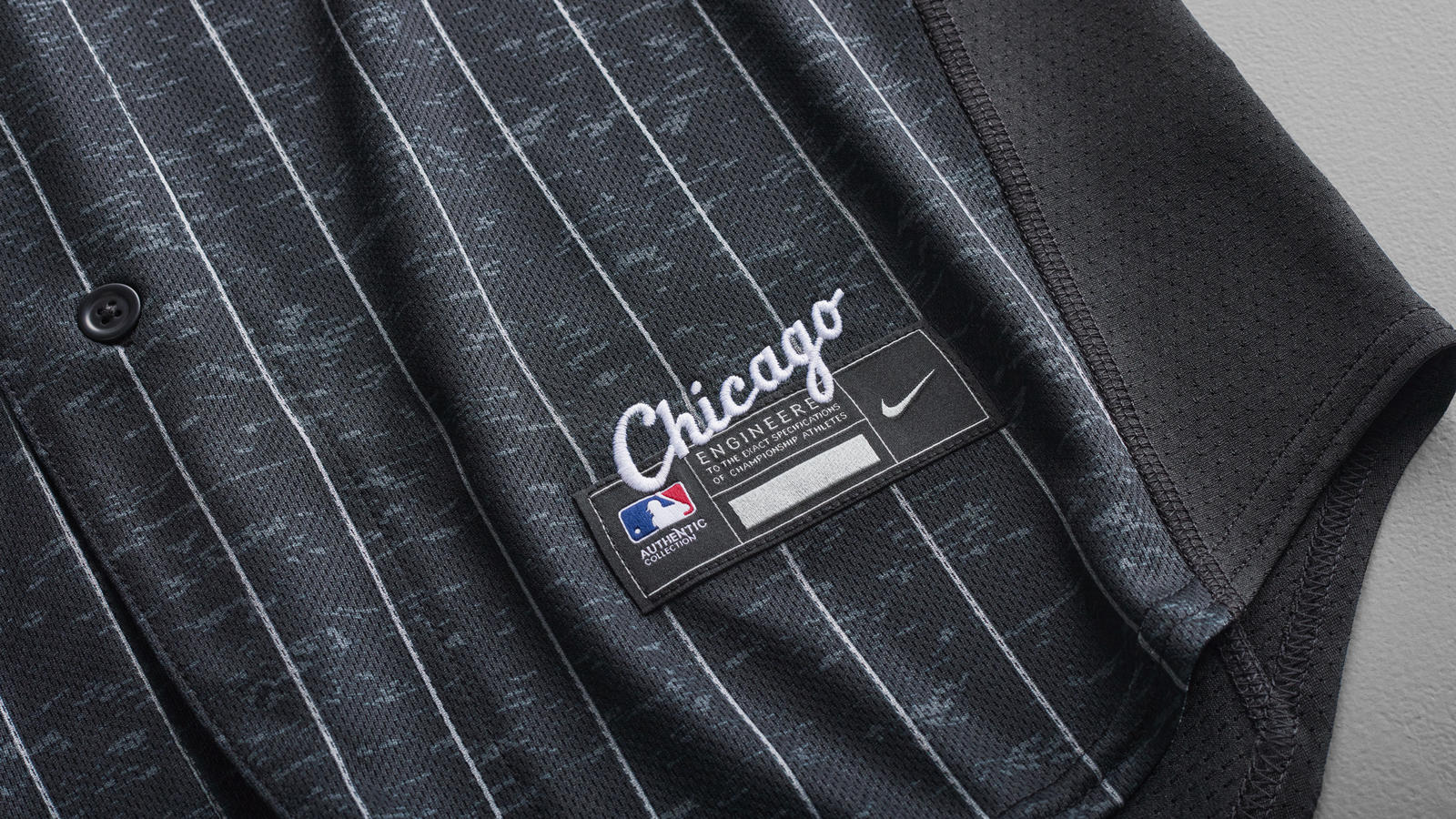 The Nike Chicago White Sox Jersey from the Nike MLB City Connect Series releases May 28 on the Nike App and nike.com, and at the MLB Flagship Store (NYC) and select retail locations. 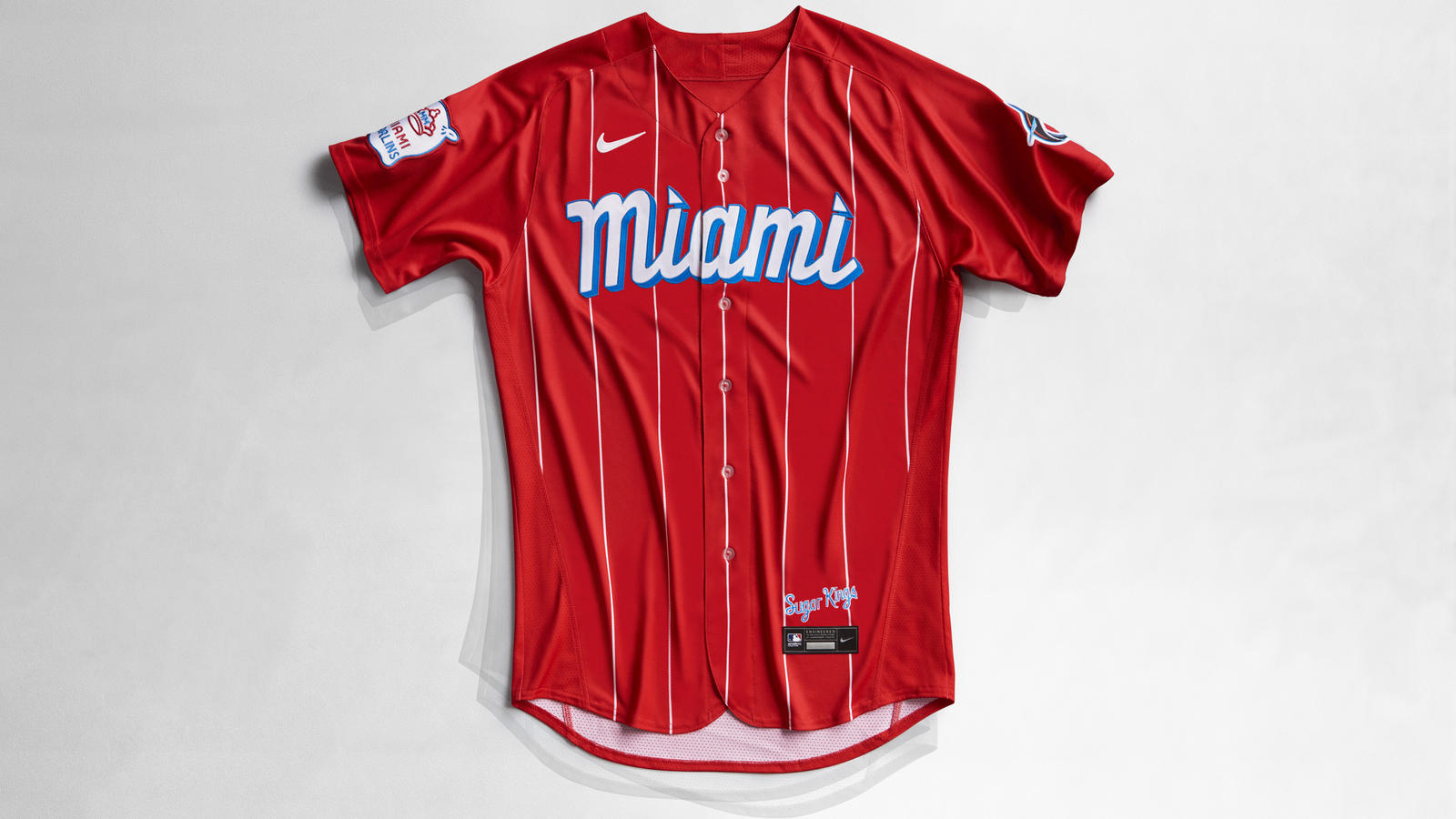 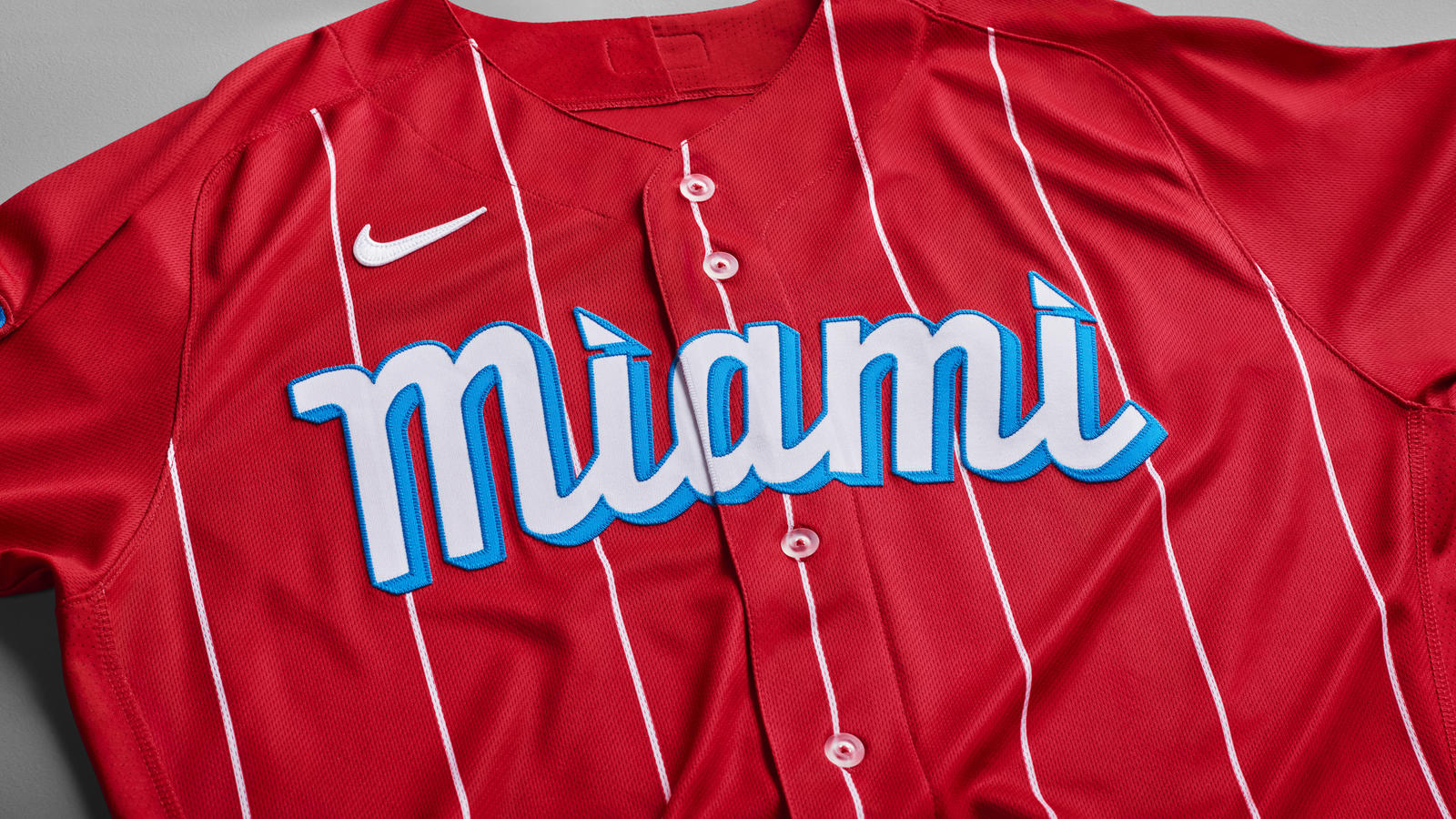 “Miami” is featured utilizing the hand-painted style of the city's Little Havana neighborhood. 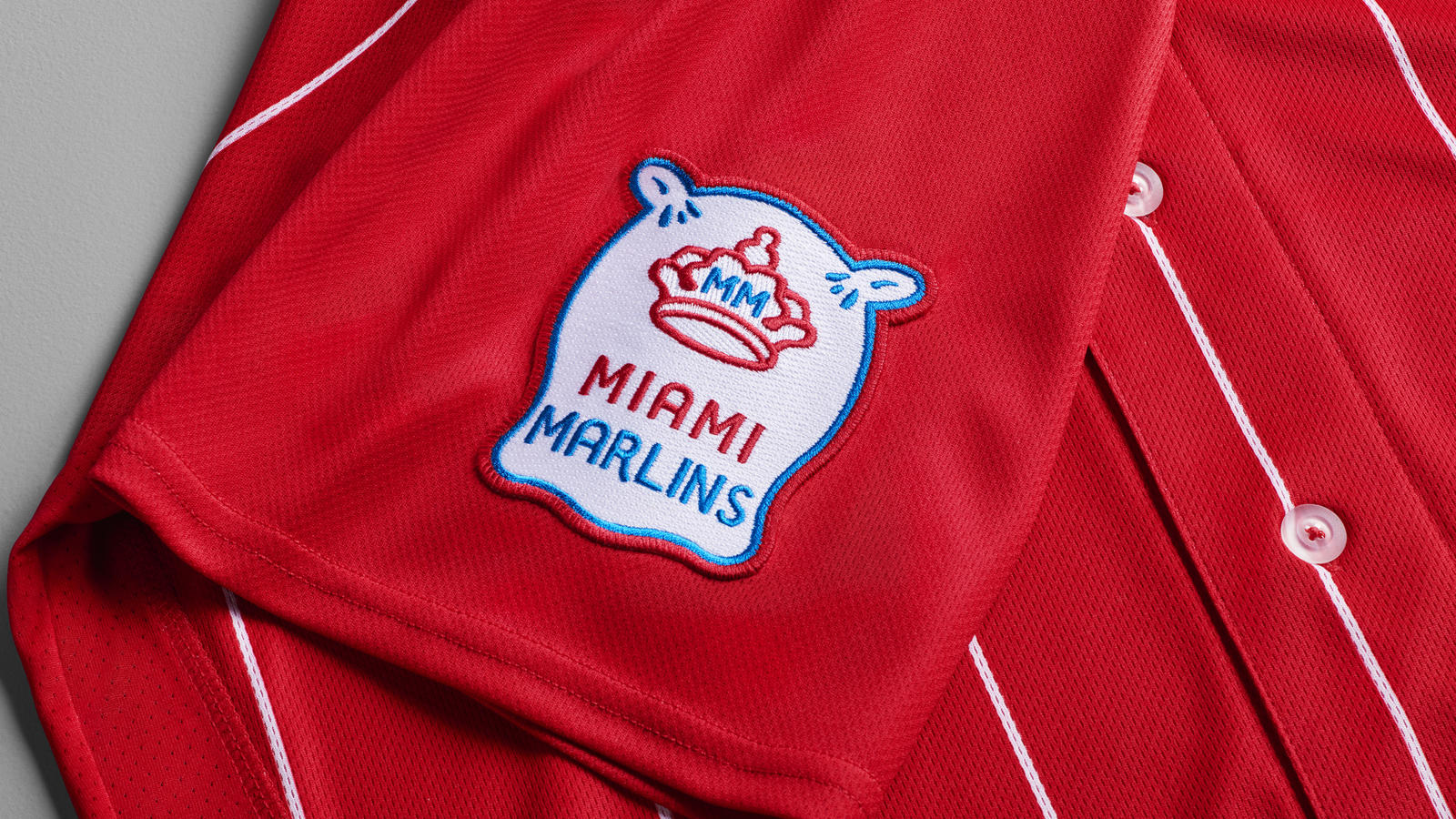 The right-sleeve patch connects the Miami Marlins to the sport’s Latin American heritage and community.

The Nike Miami Marlins Jersey from the Nike MLB City Connect series releases May 21 on SNKRS, the Nike App and nike.com, and at the MLB Flagship Store (NYC) and select retail locations. 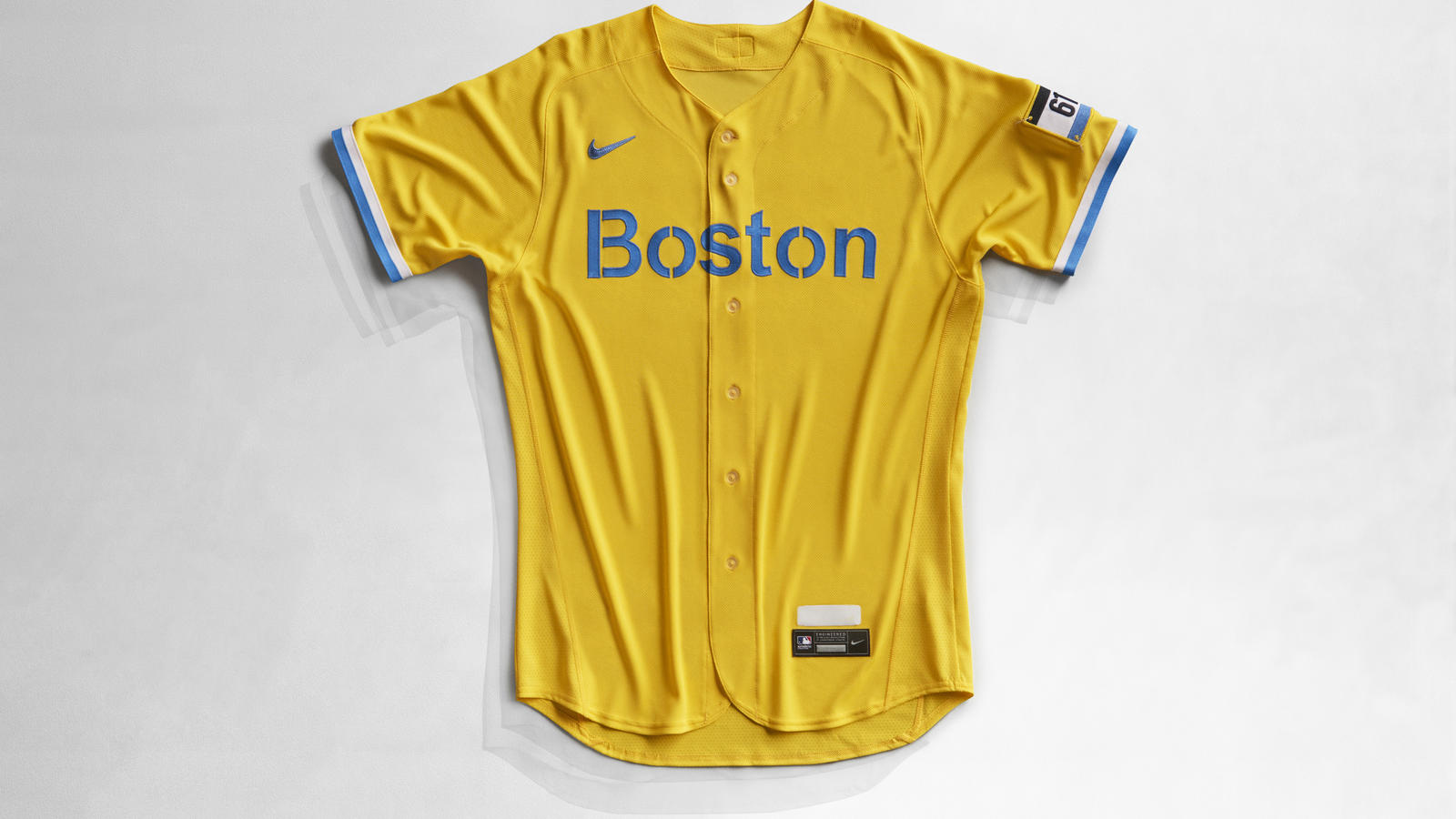 The Nike Boston Red Sox City Connect jersey, the first to be unveiled, is inspired by Patriots’ Day and the power of sport to unite Bostonians. 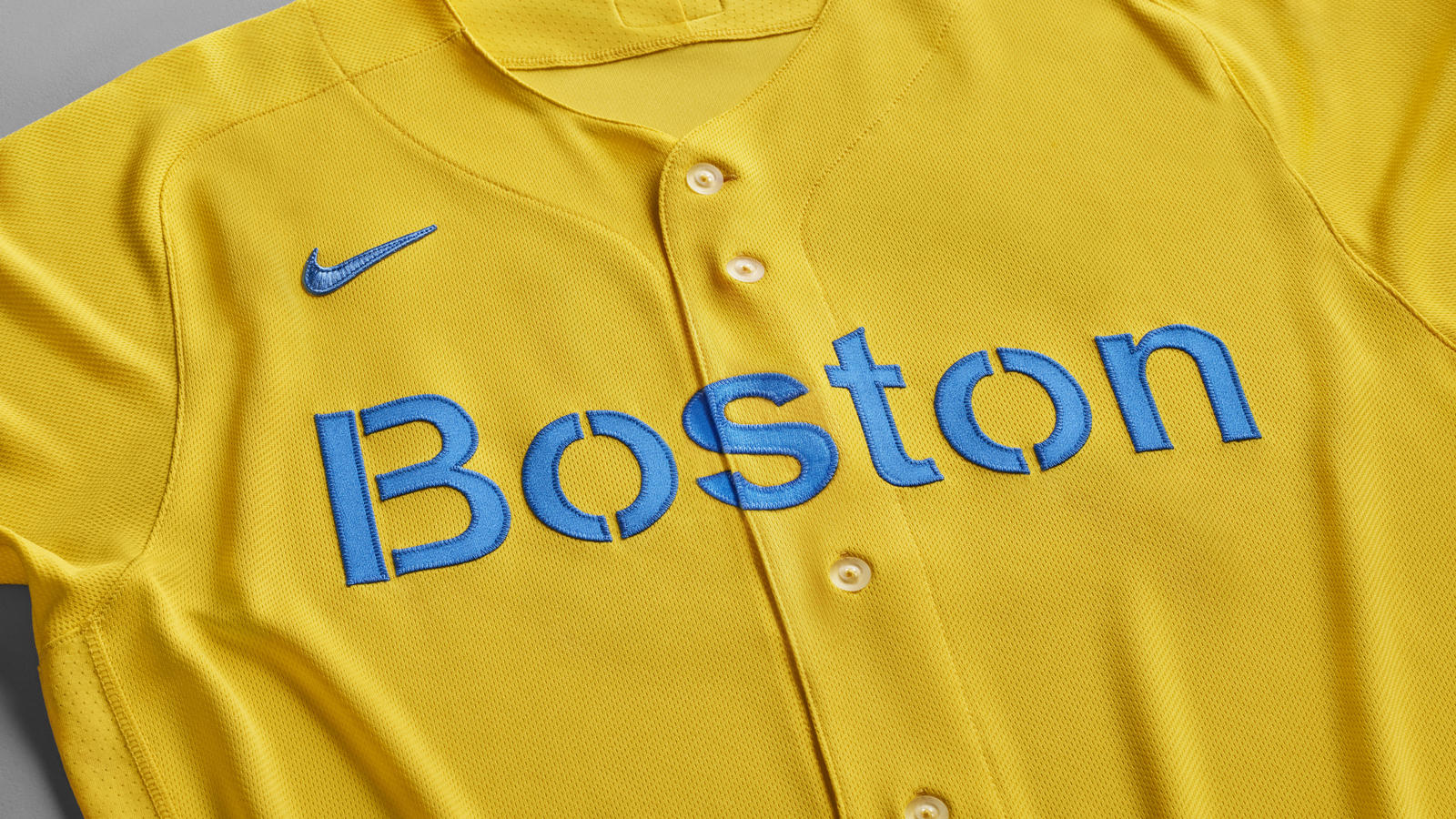 Designed in collaboration with Nike, the jersey features “Boston” written in a unique stencil font across the chest. 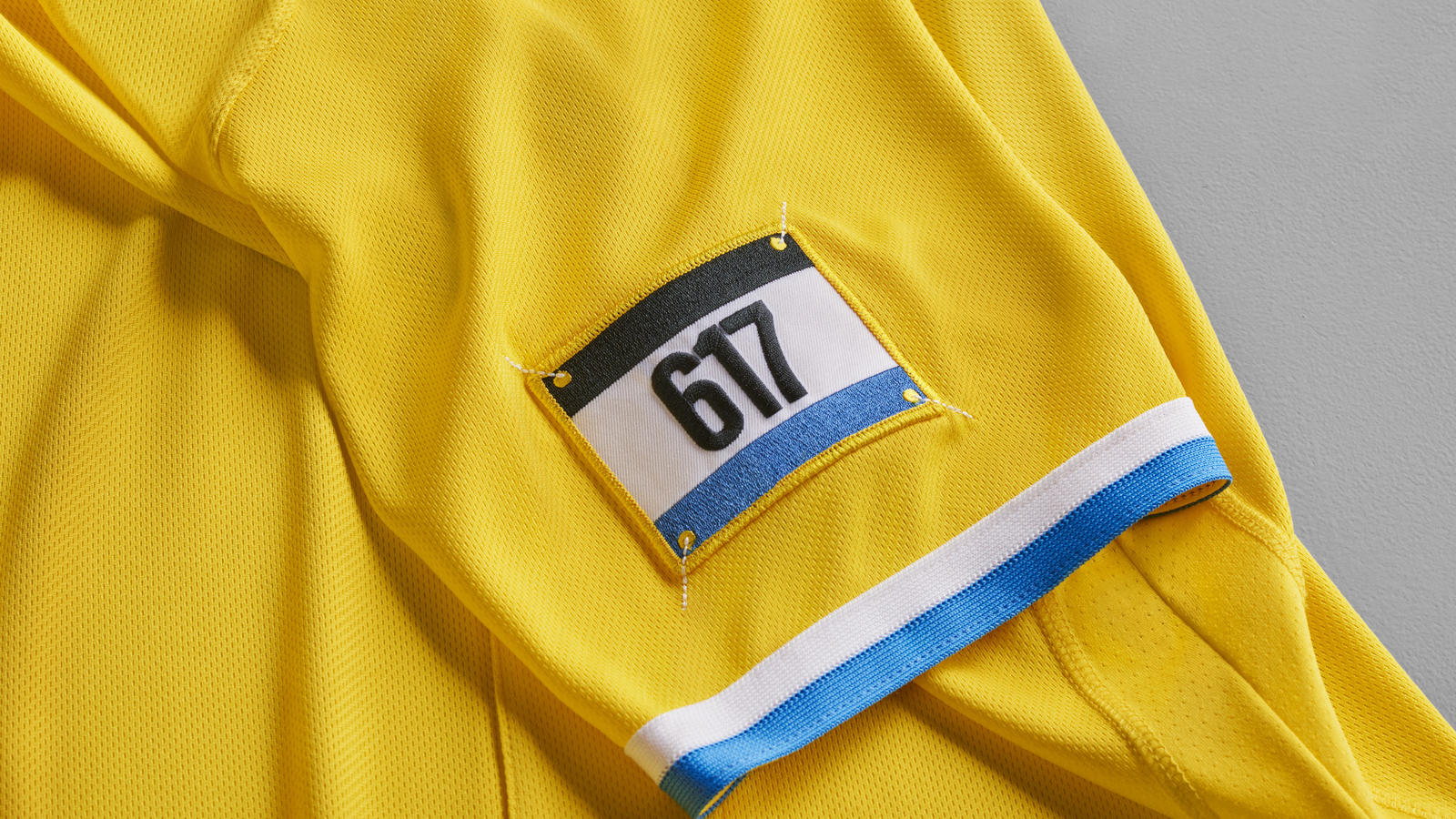 The sleeve patch, with Boston’s area code, 617, is designed to look like a race bib. 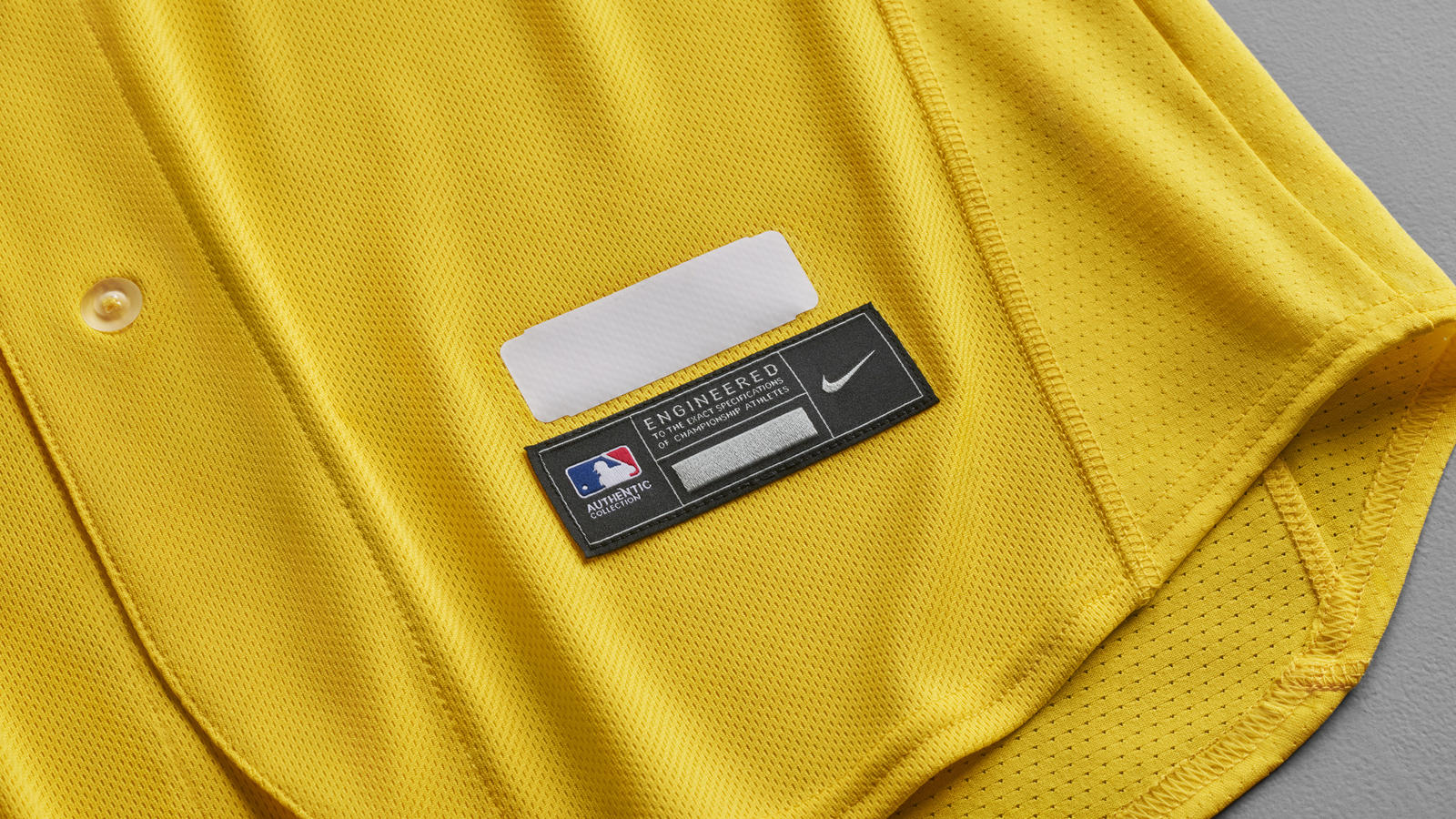 A blank space on the jock tag allows players and fans to write personalized messages.

The Nike Boston Red Sox Jersey from the Nike MLB City Connect series releases April 6 on SNKRS, the Nike App and nike.com, and at the MLB Flagship Store (NYC) and select retail locations.