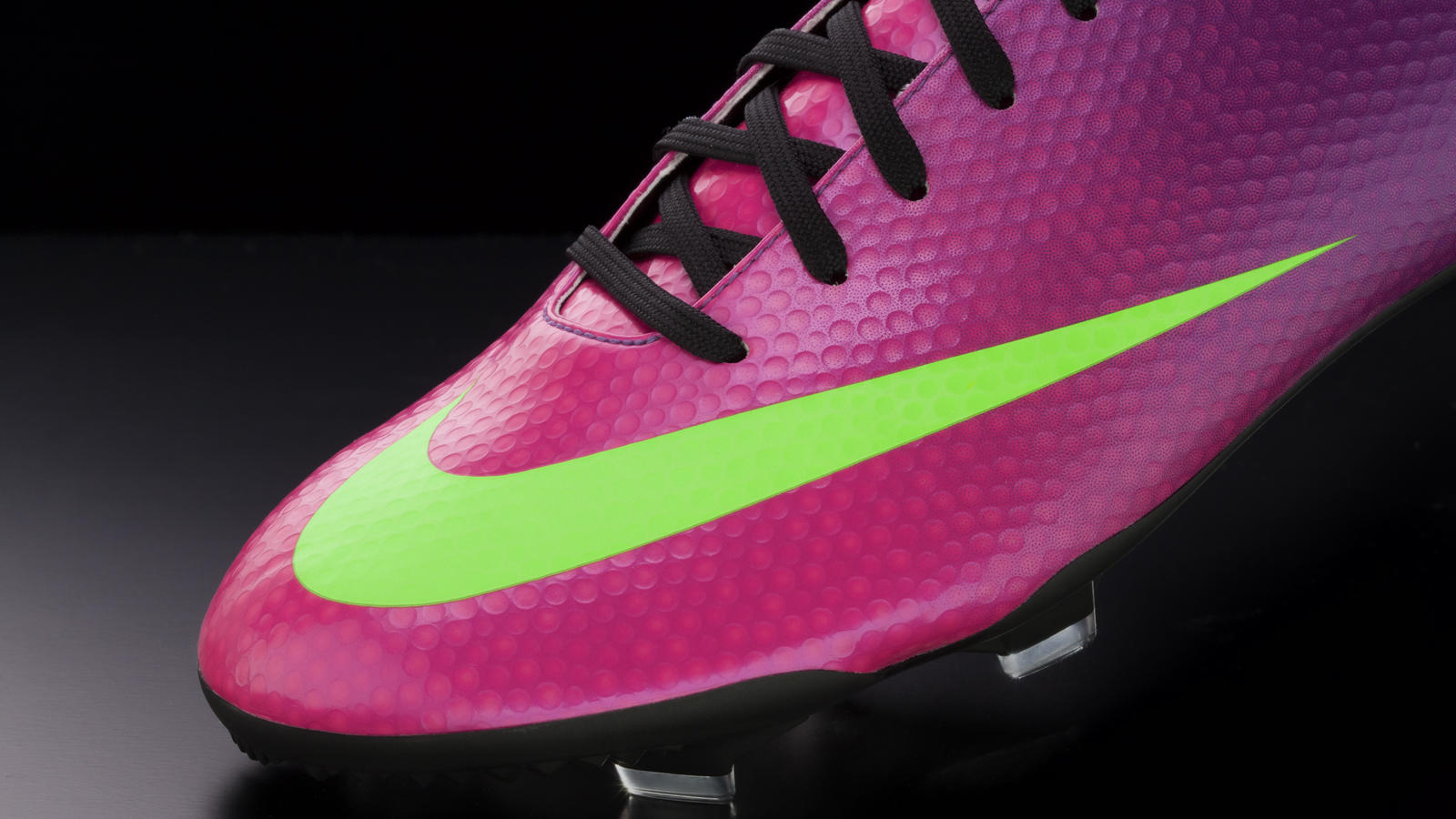 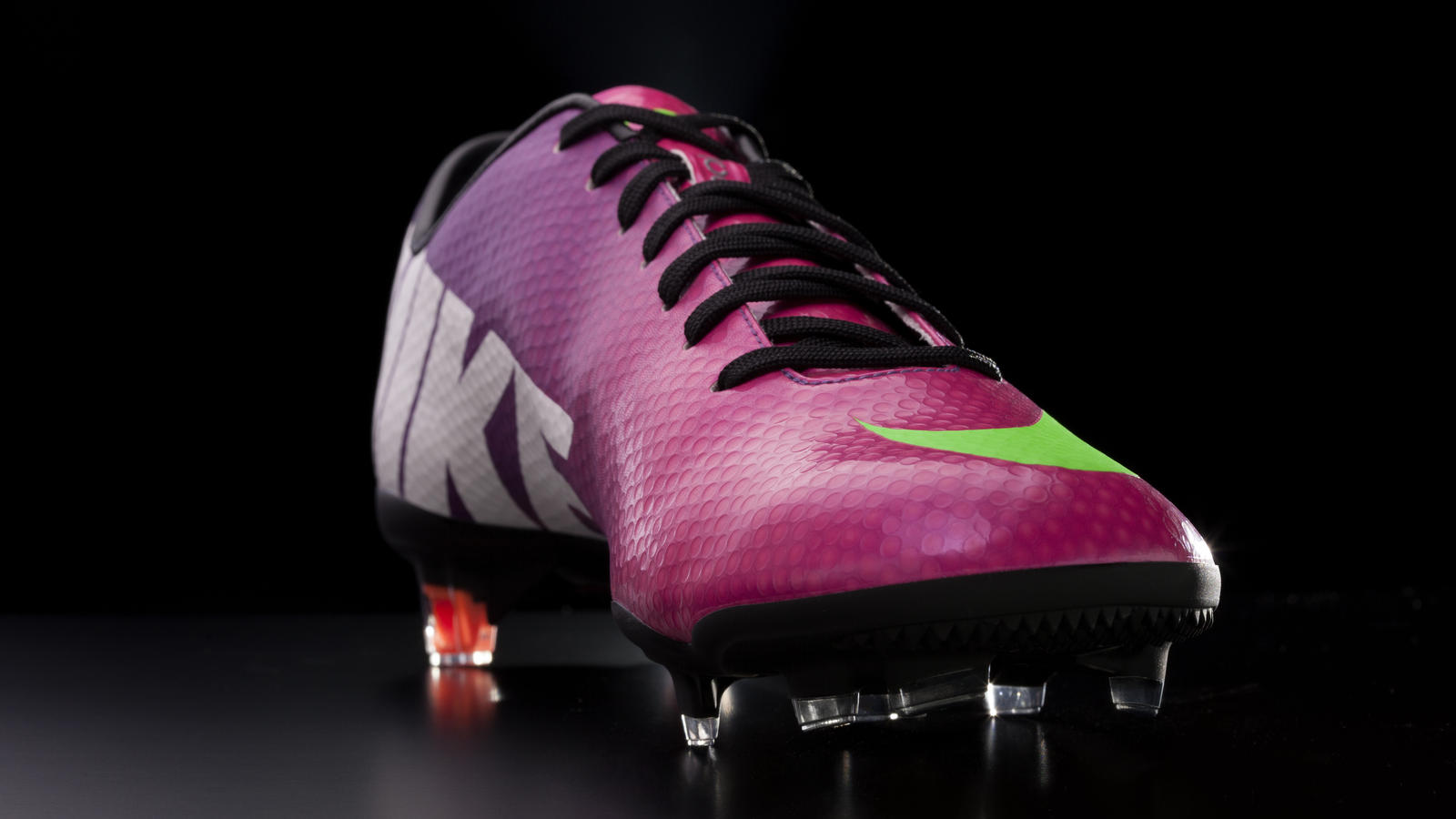 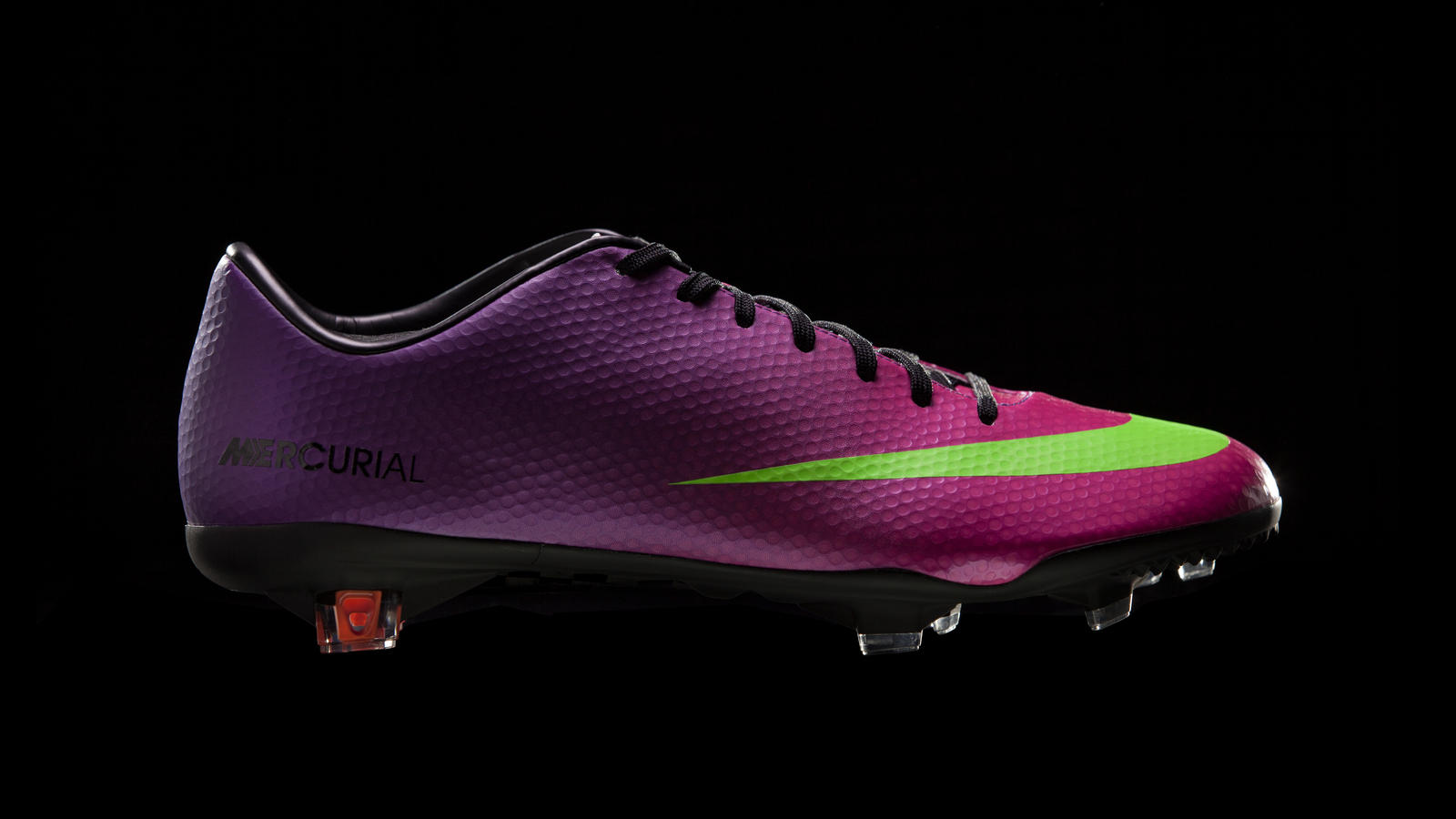 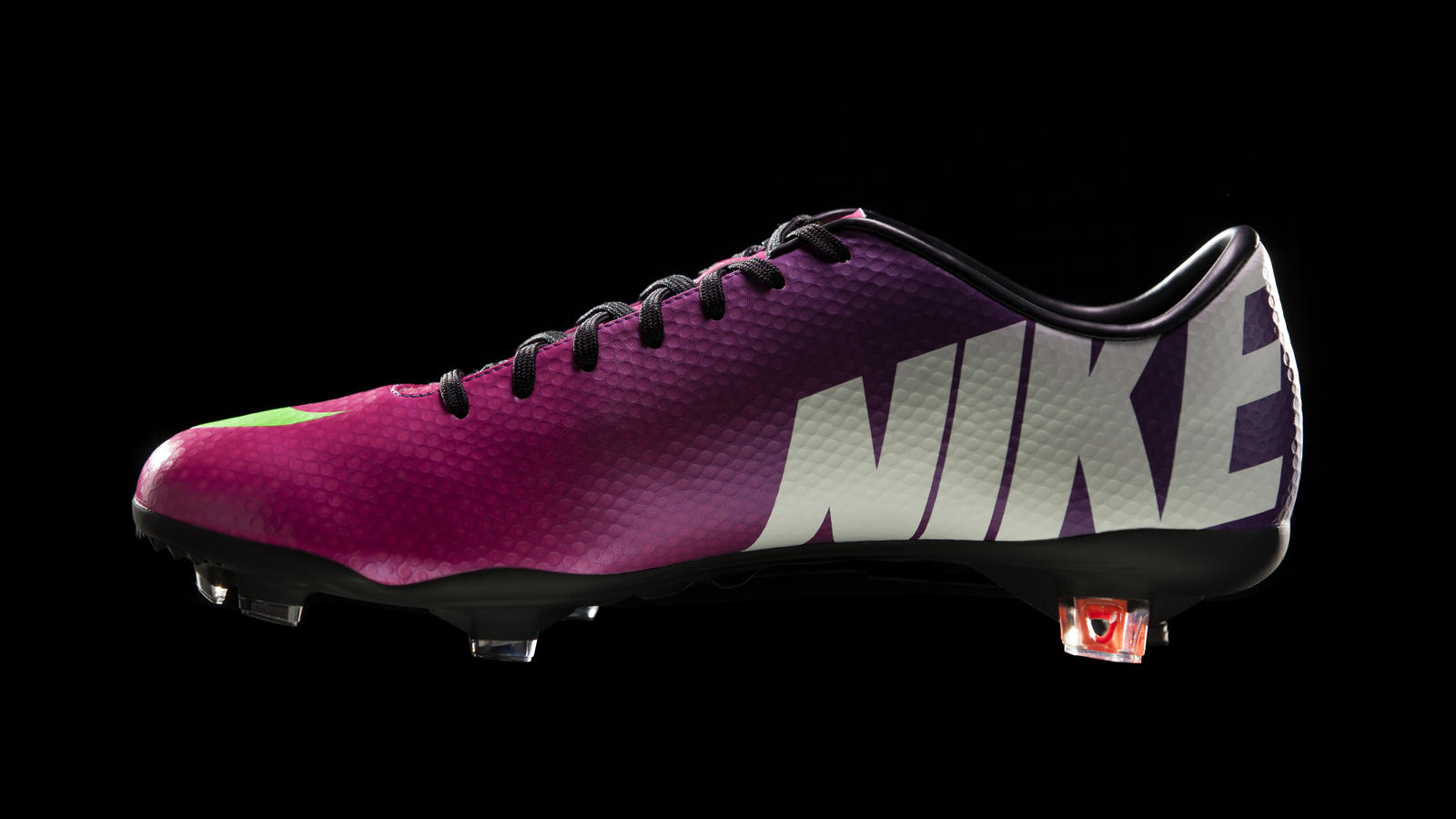 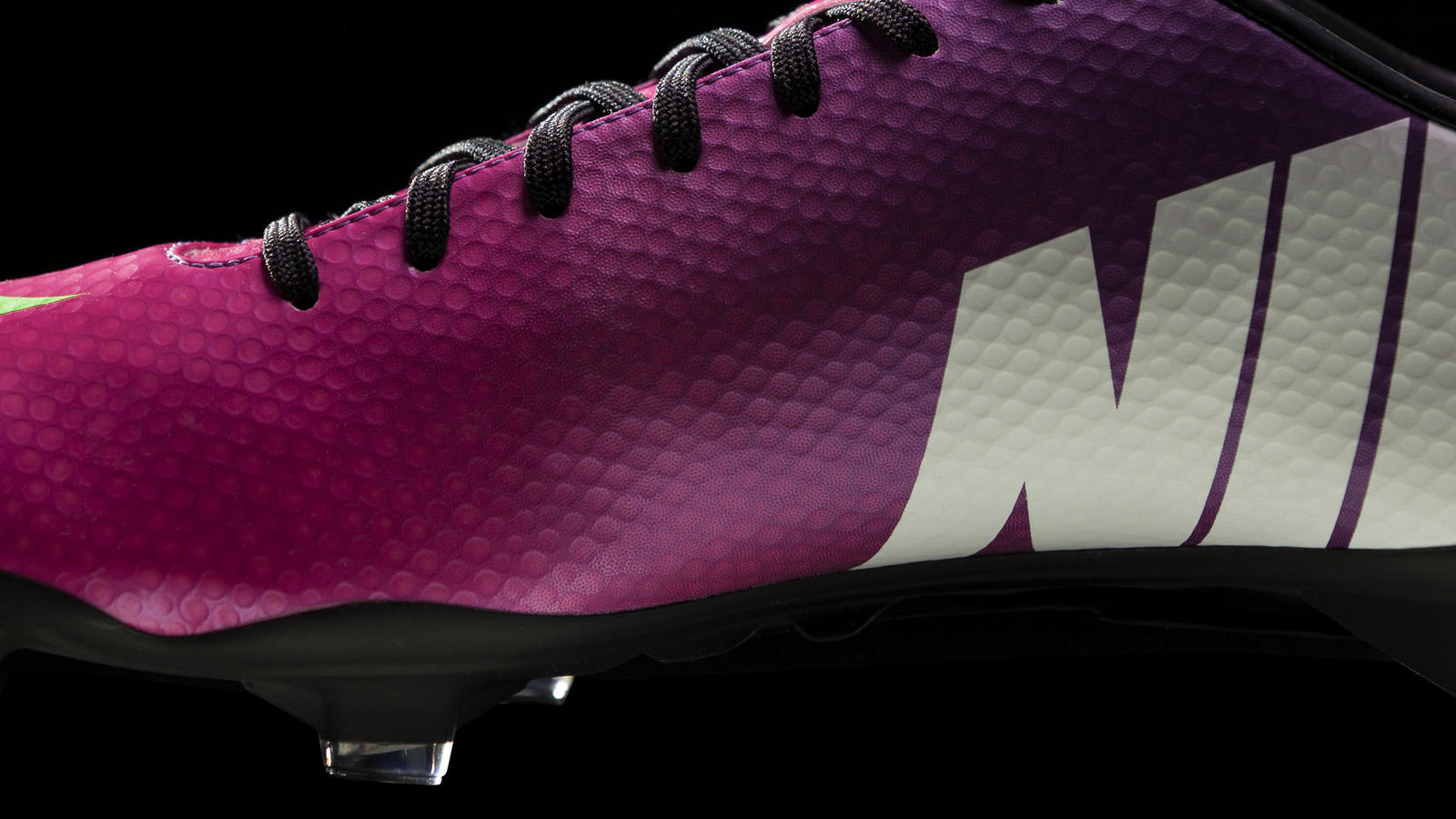 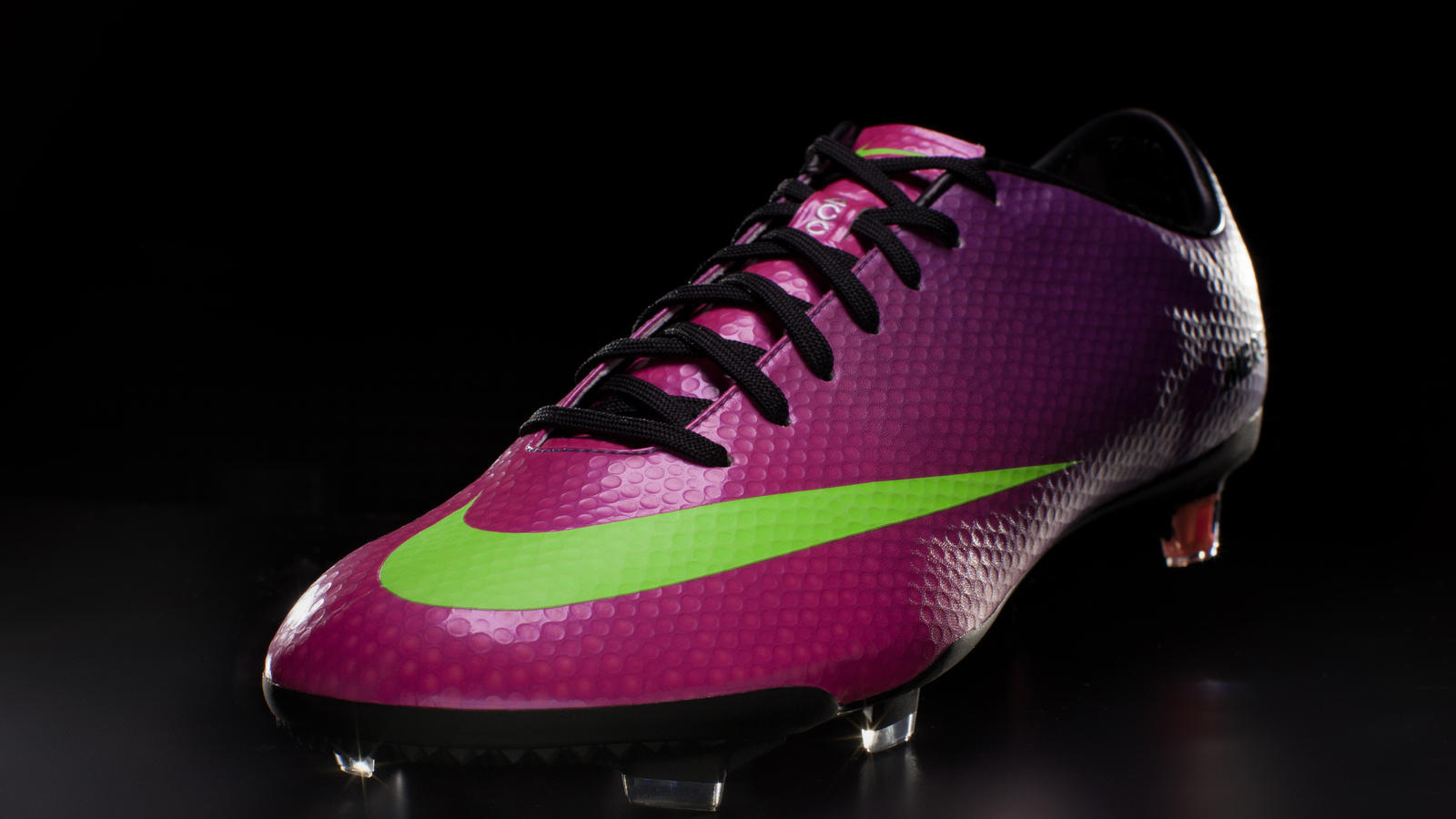 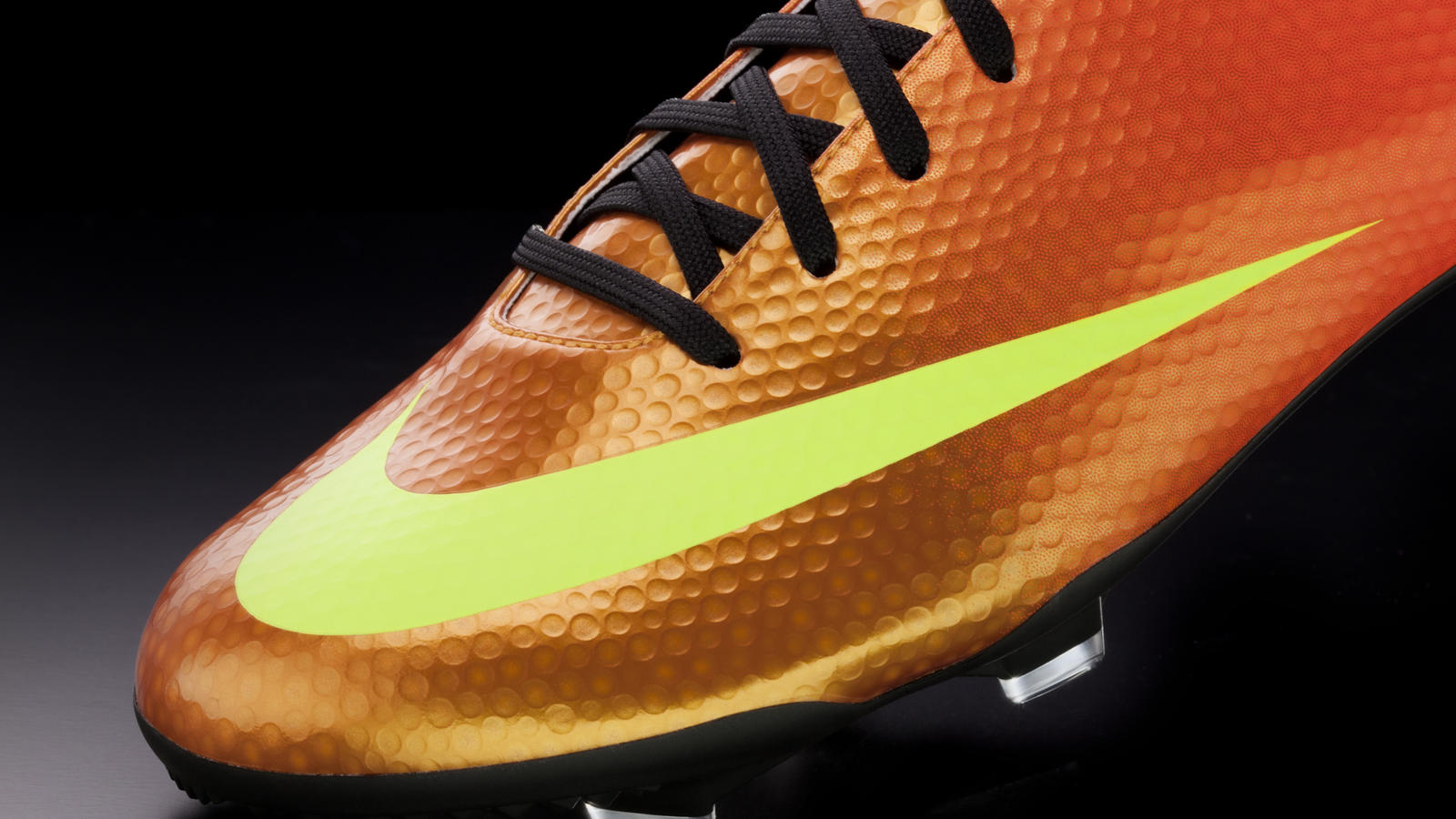 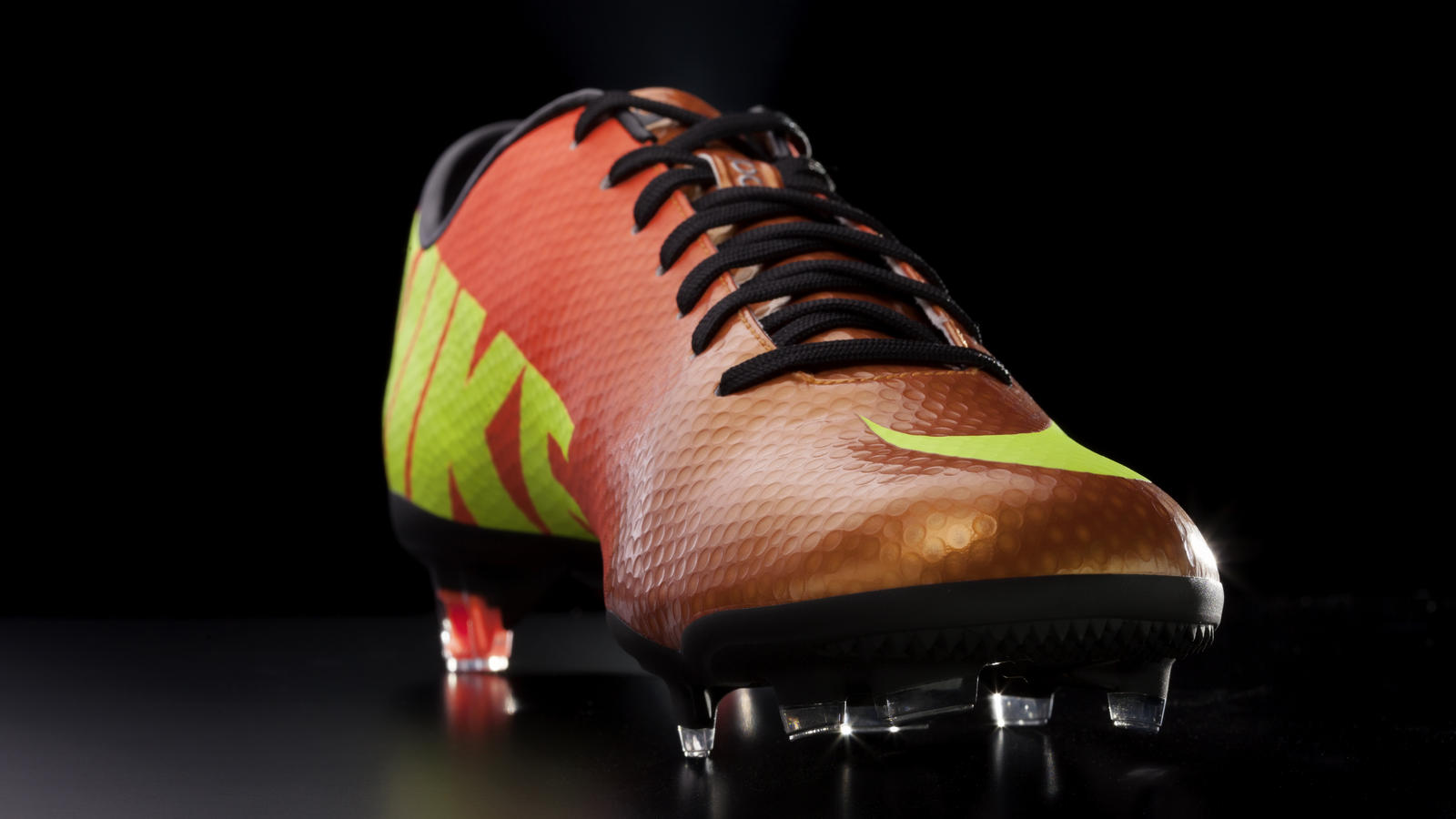 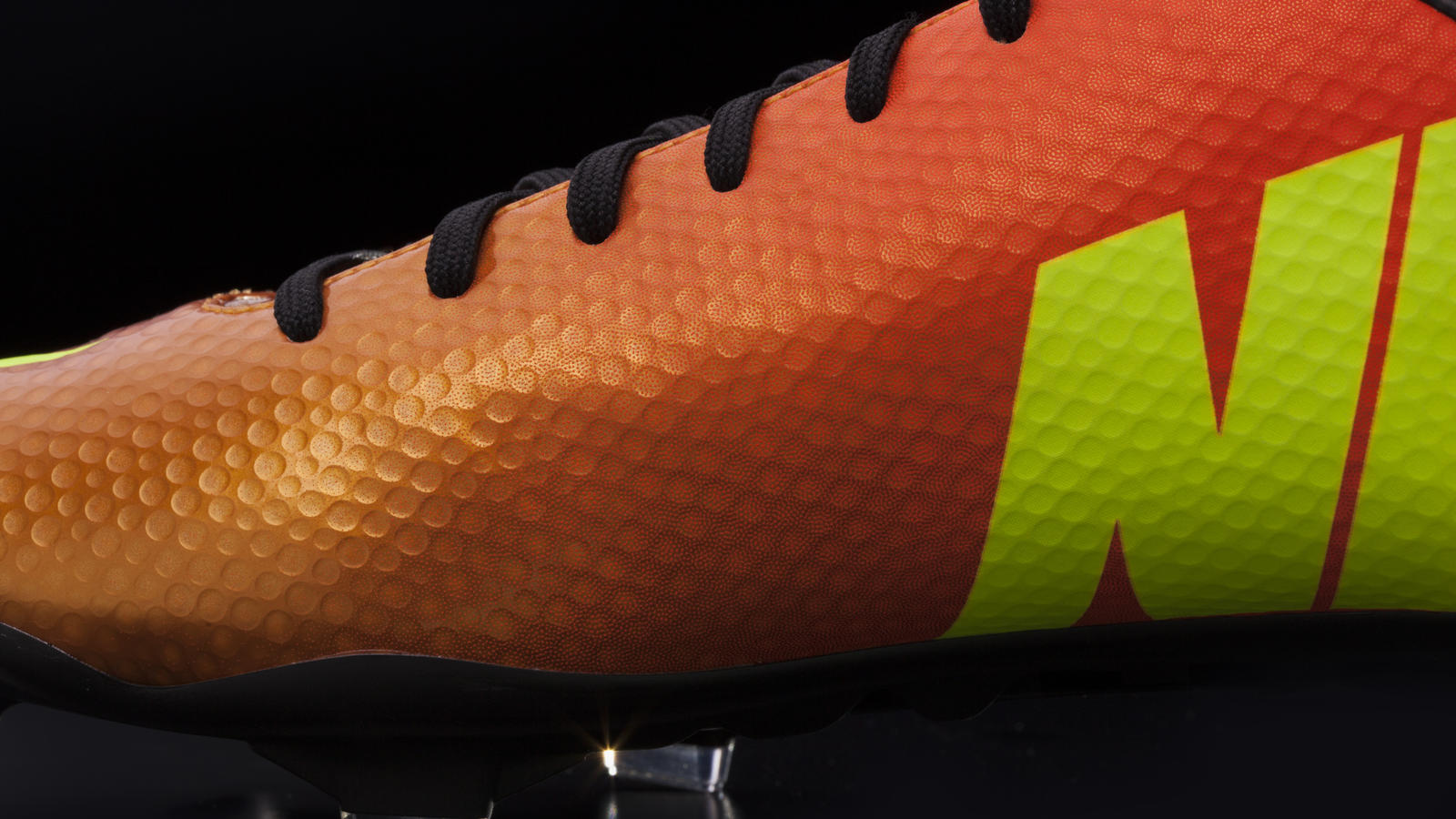 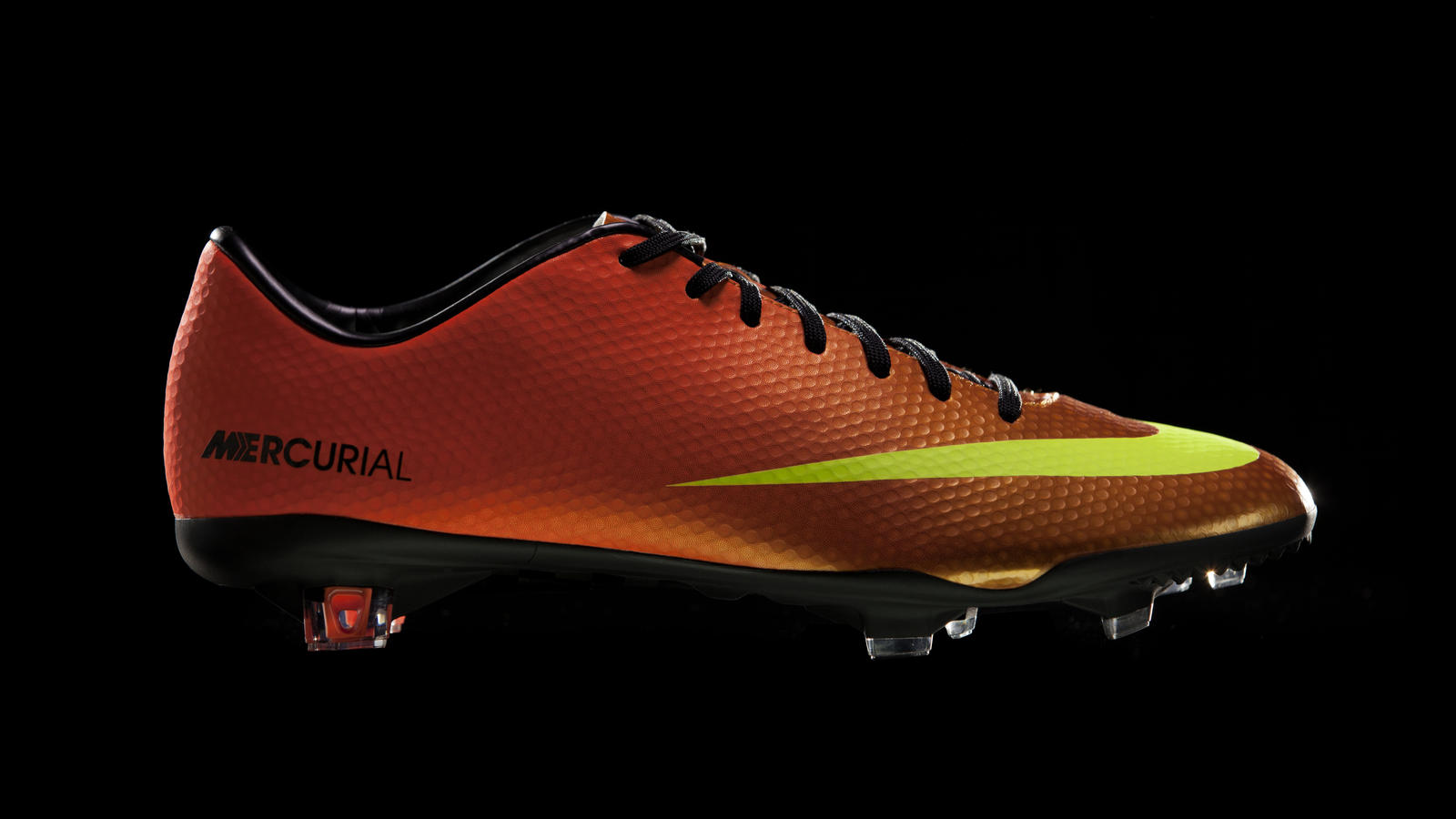 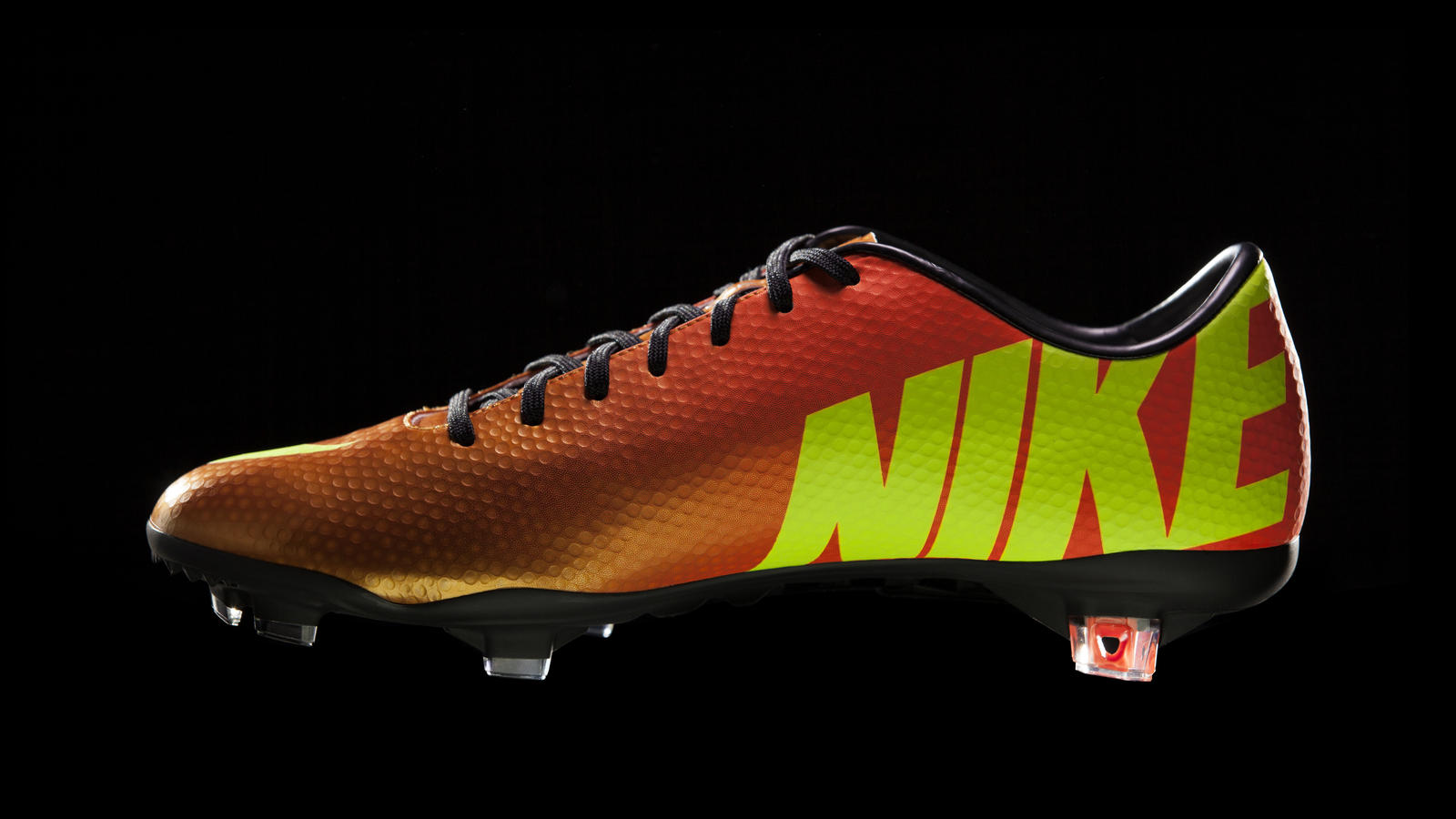 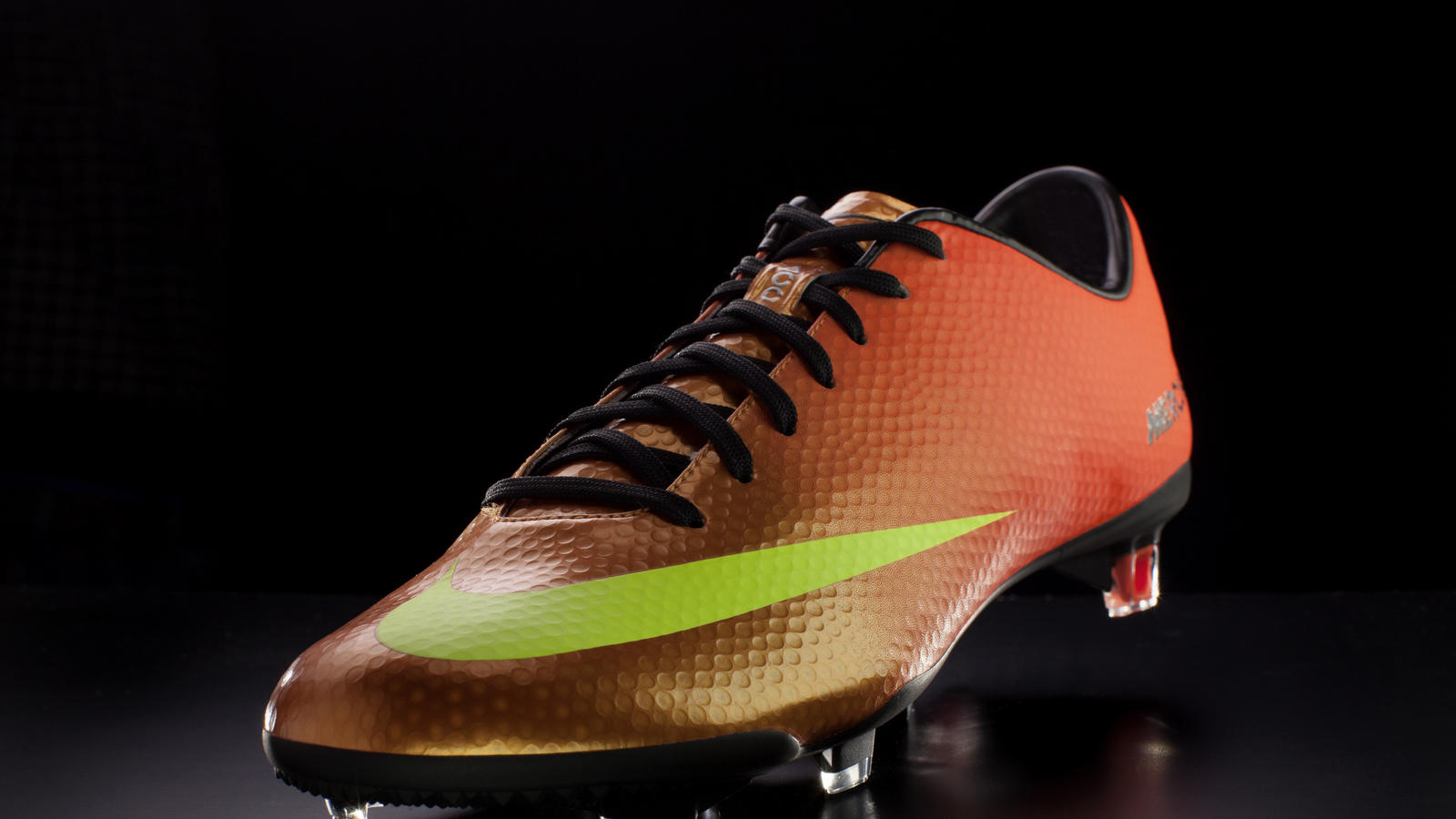 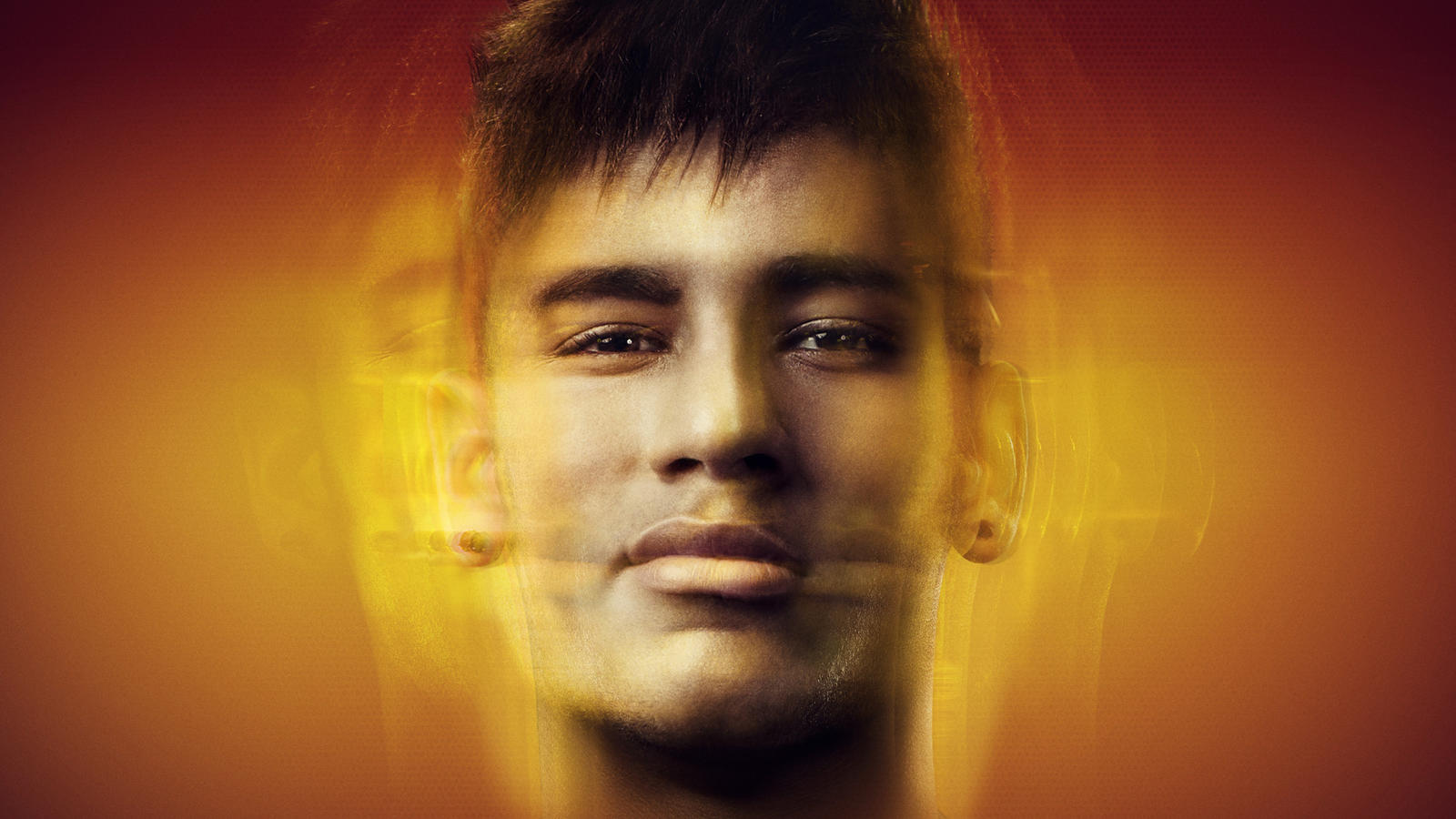 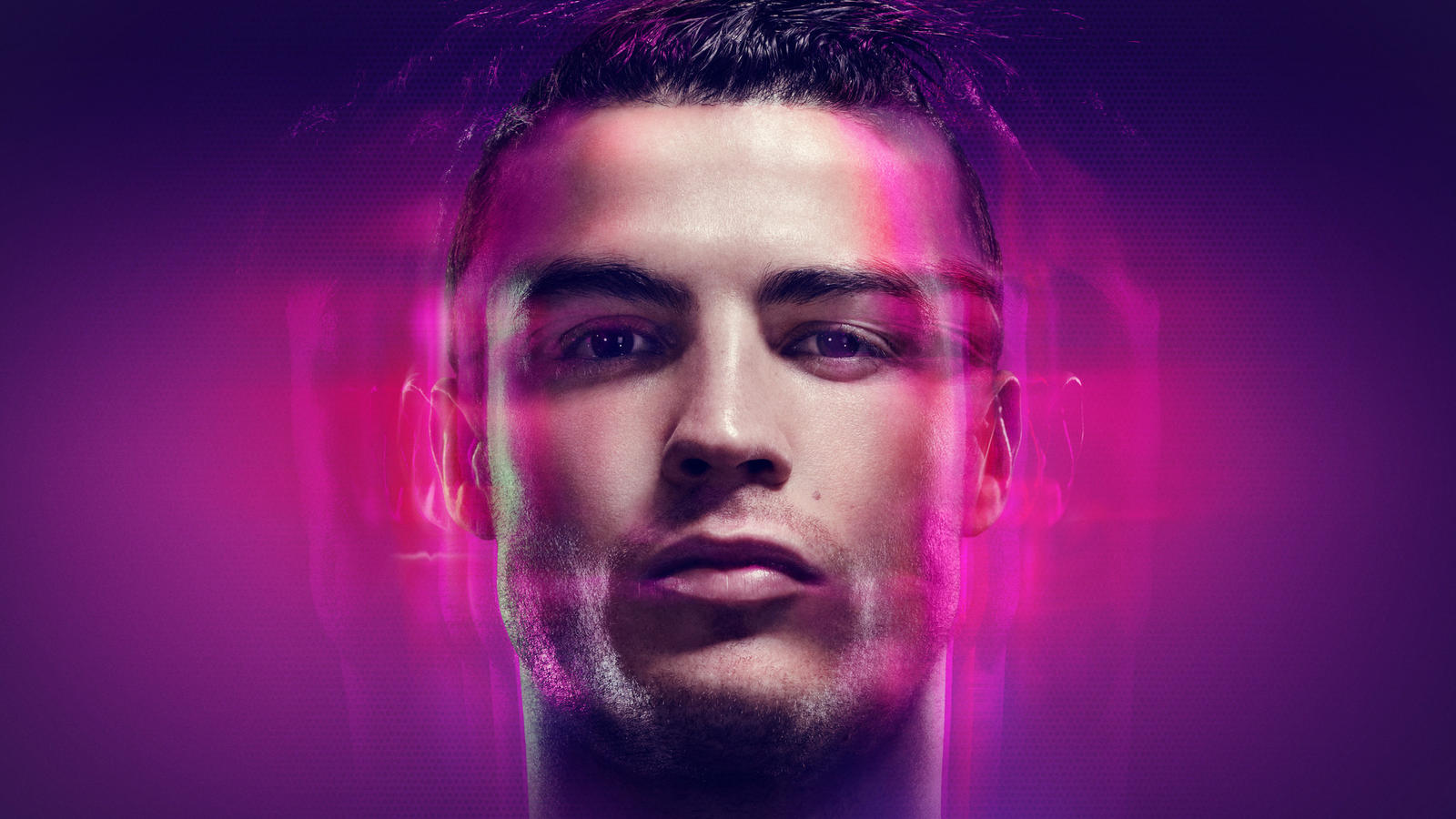 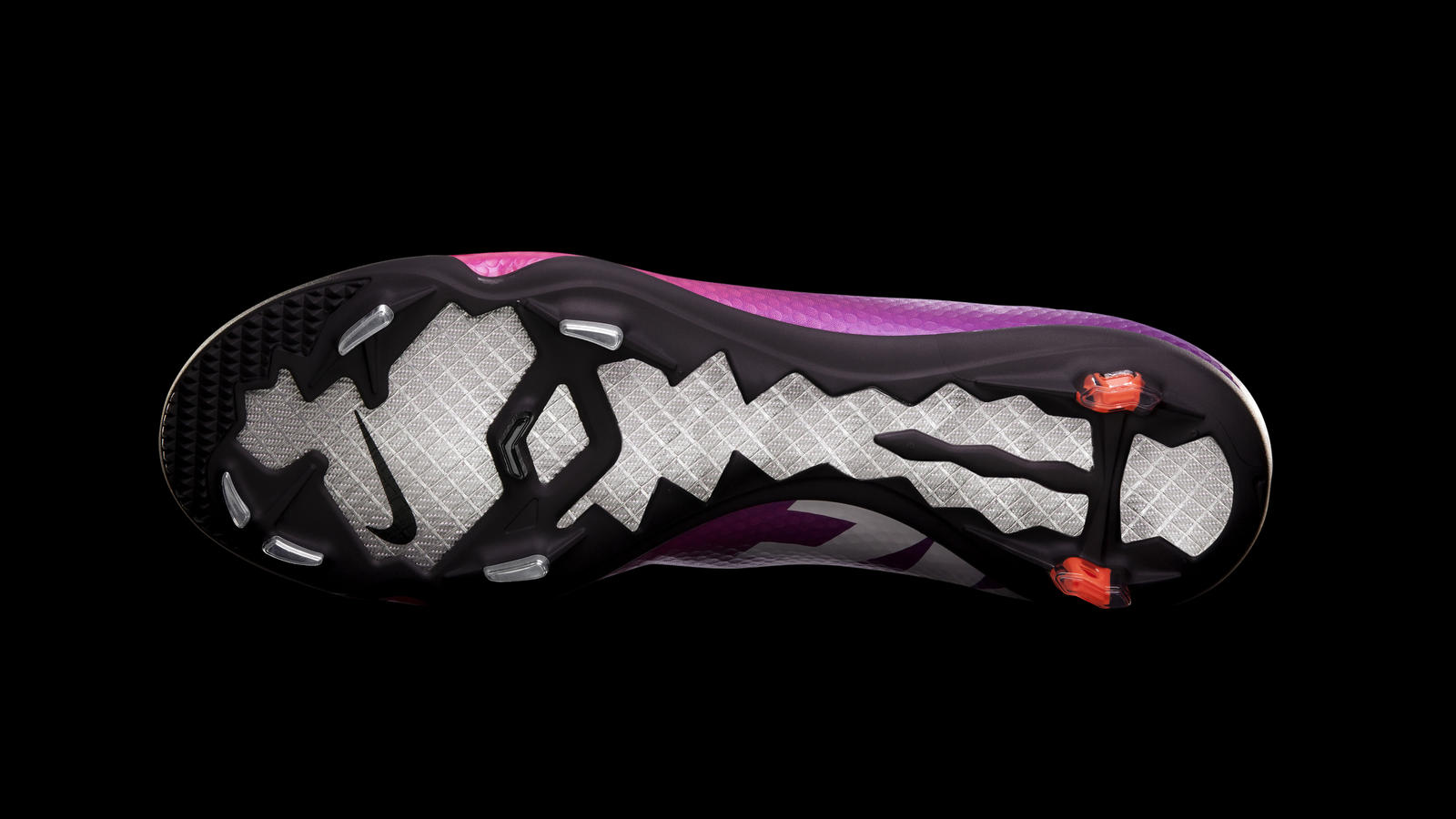 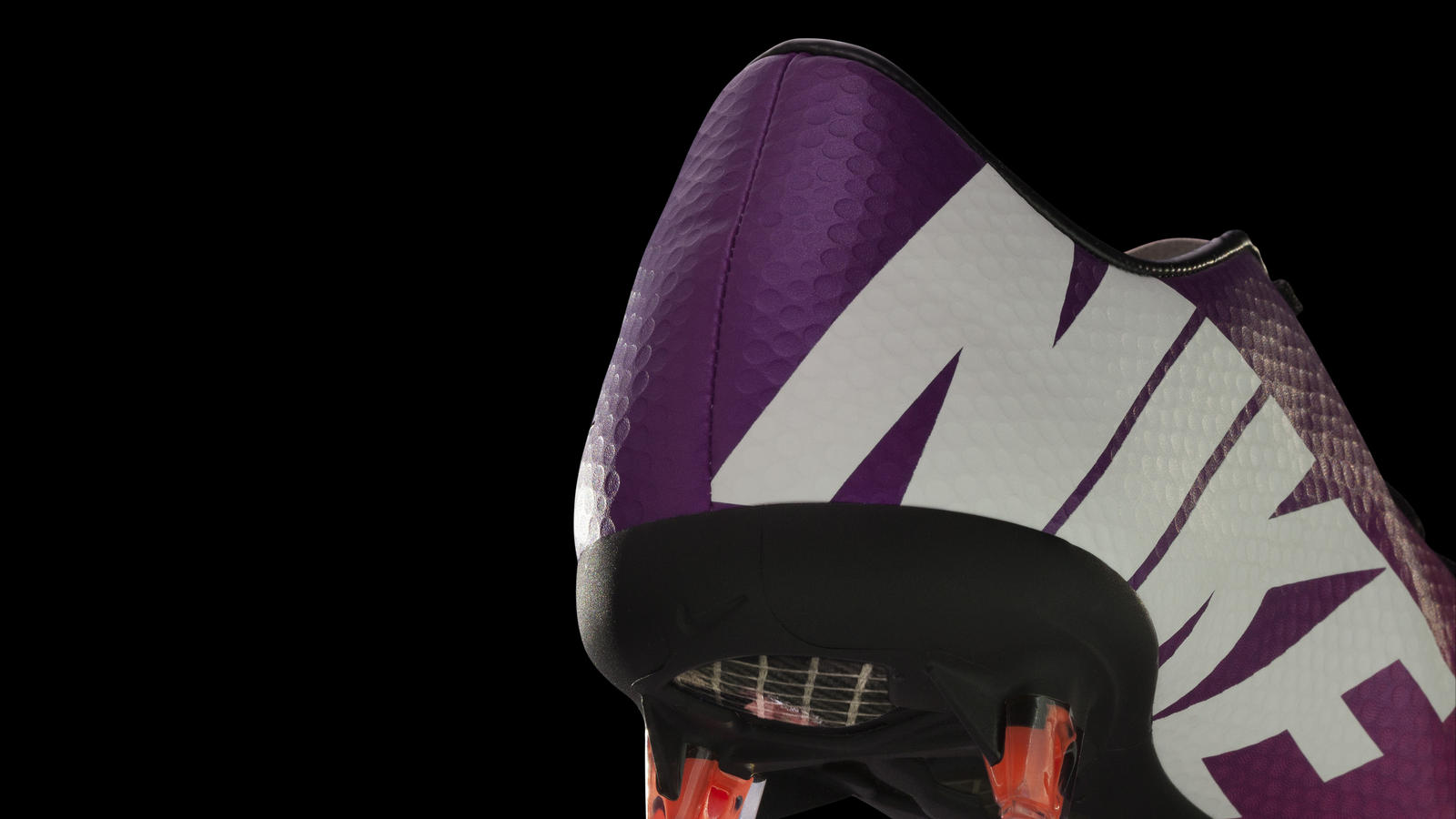 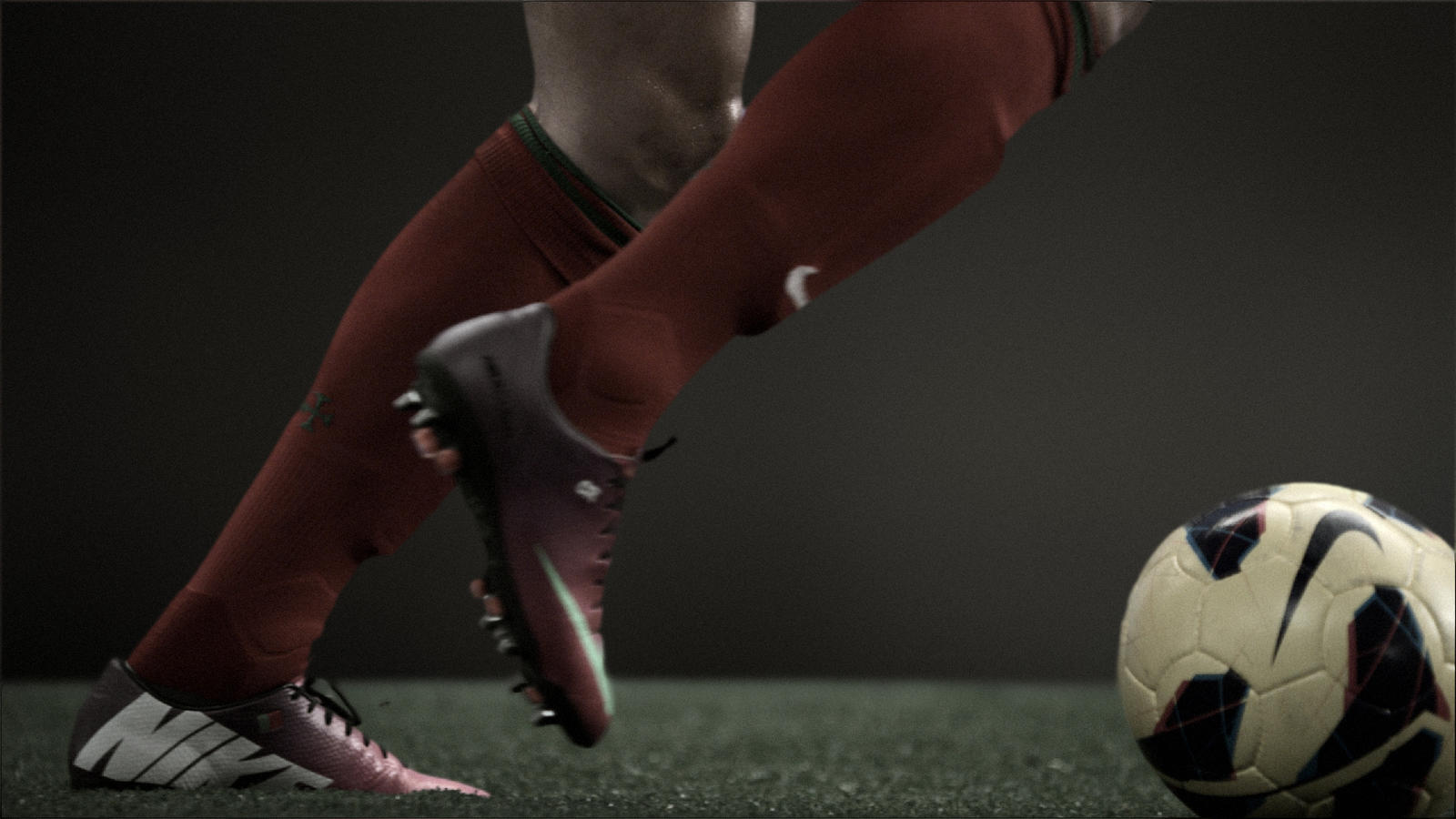 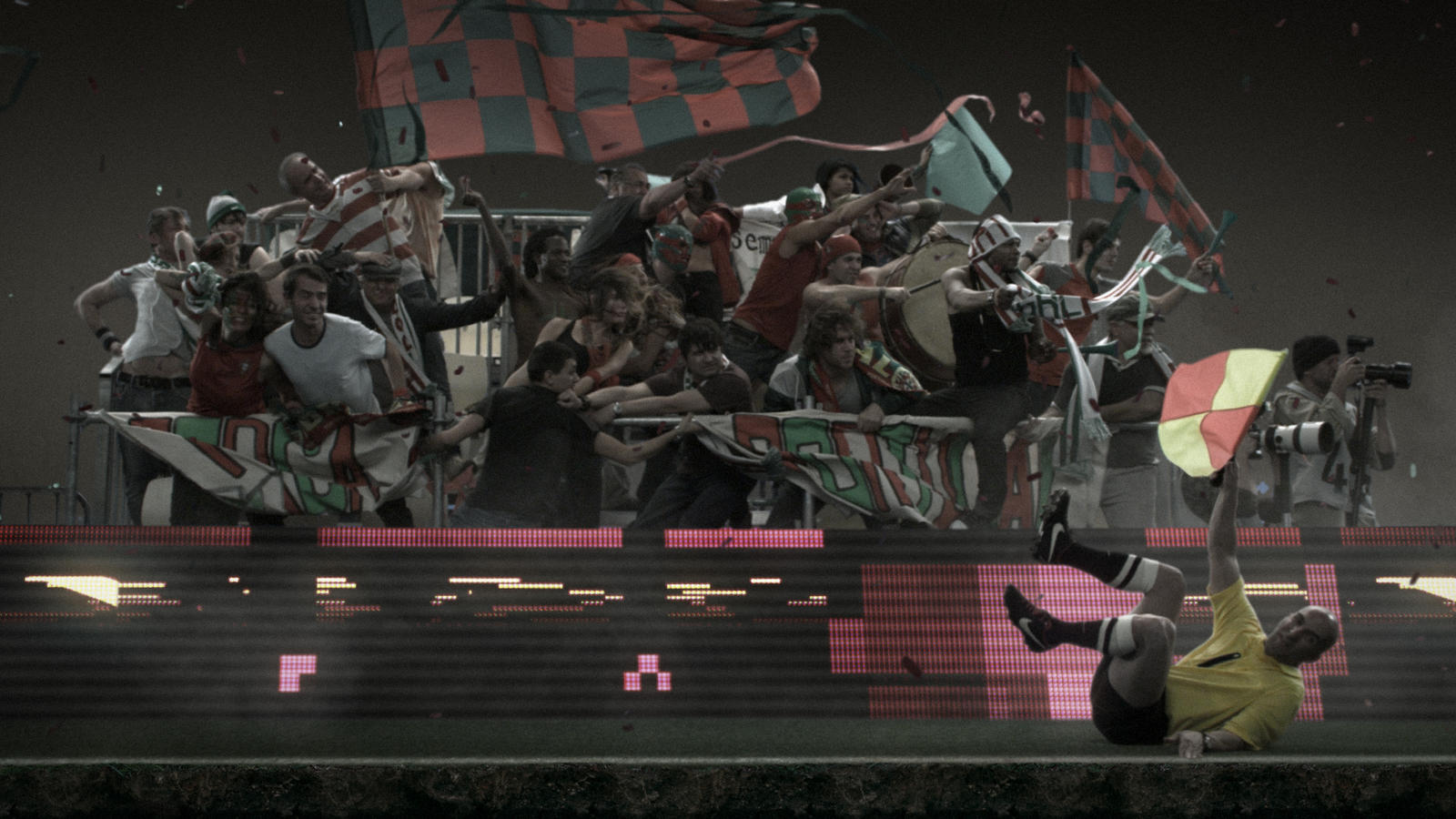 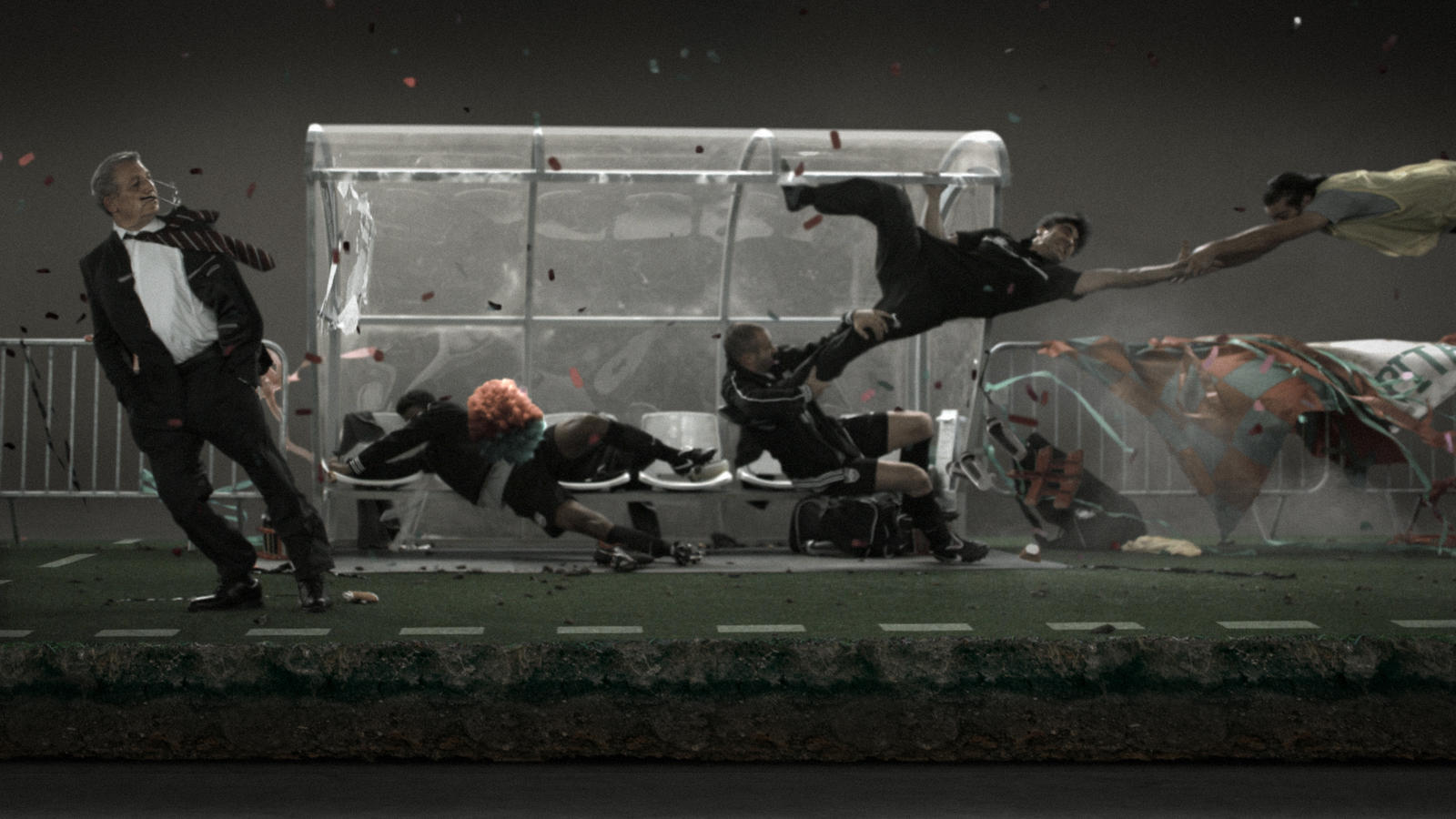 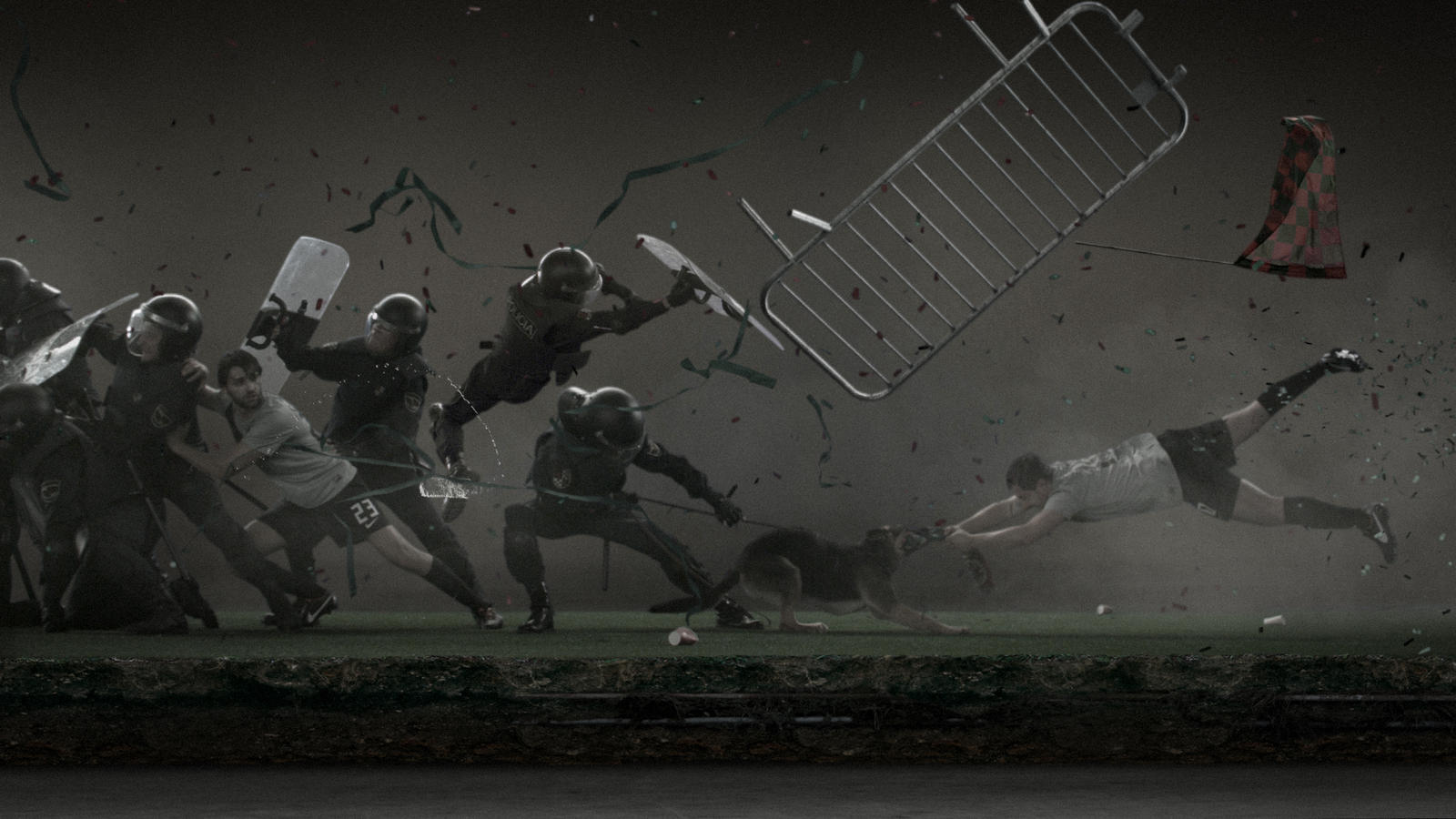 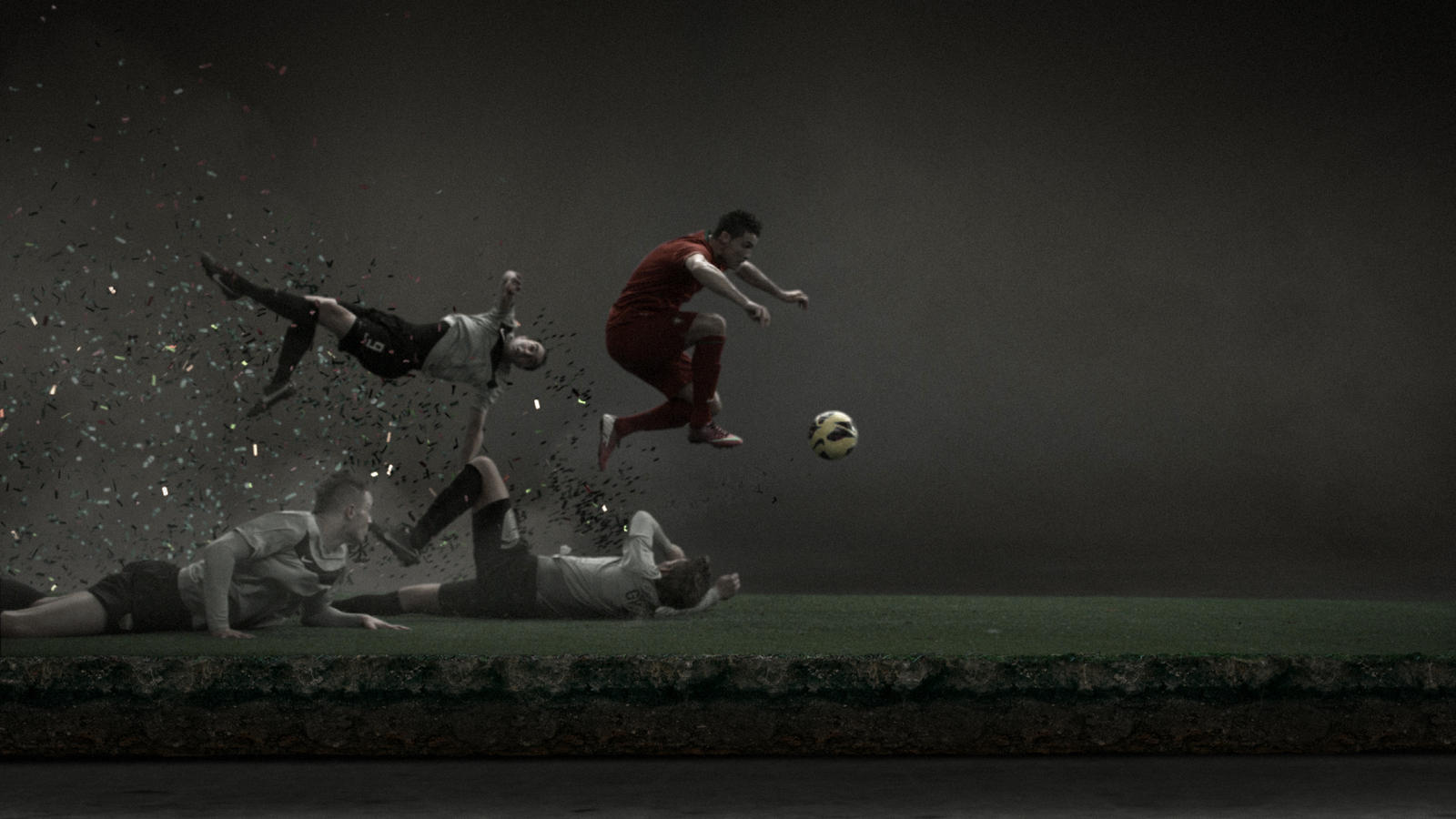 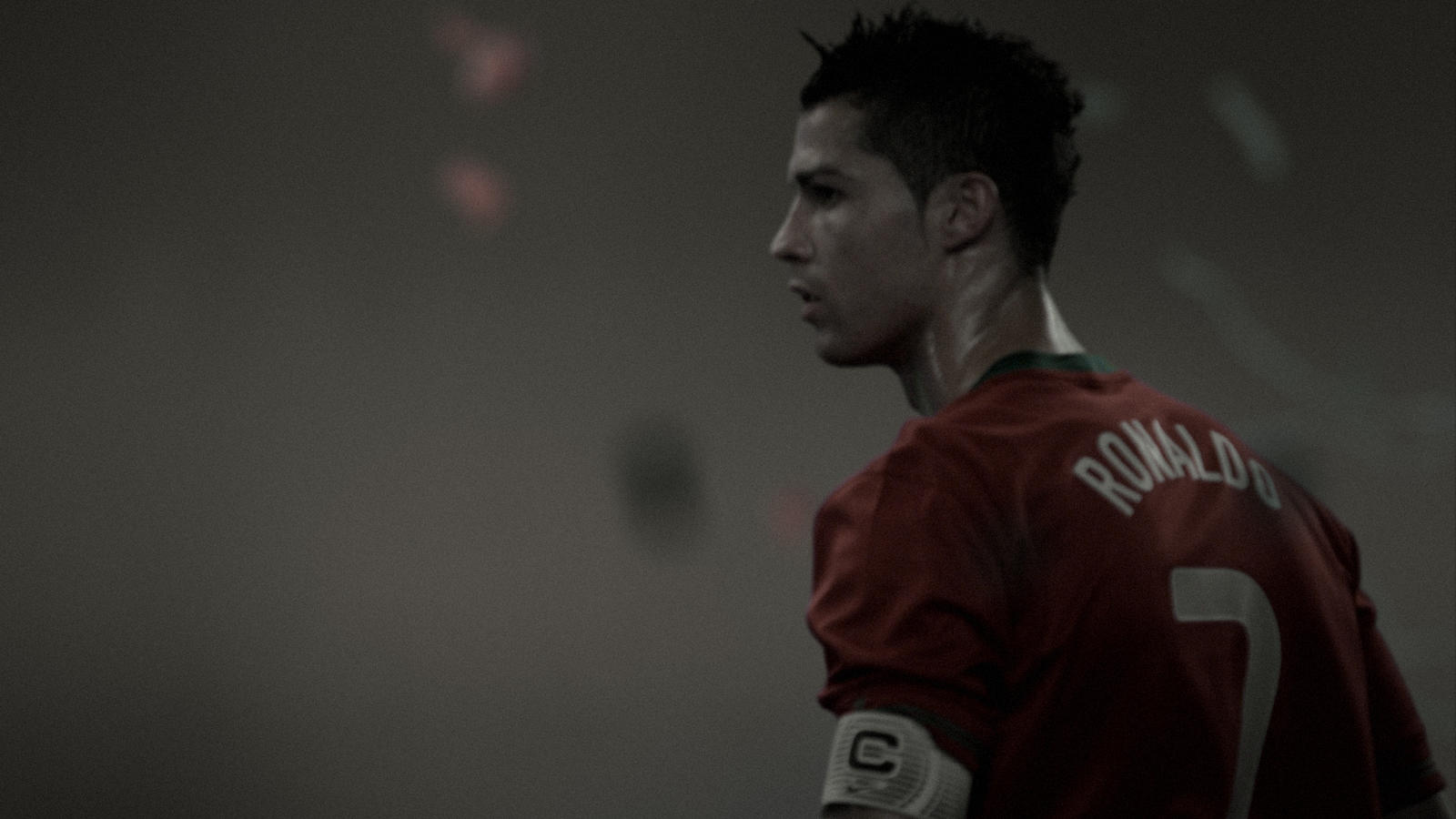 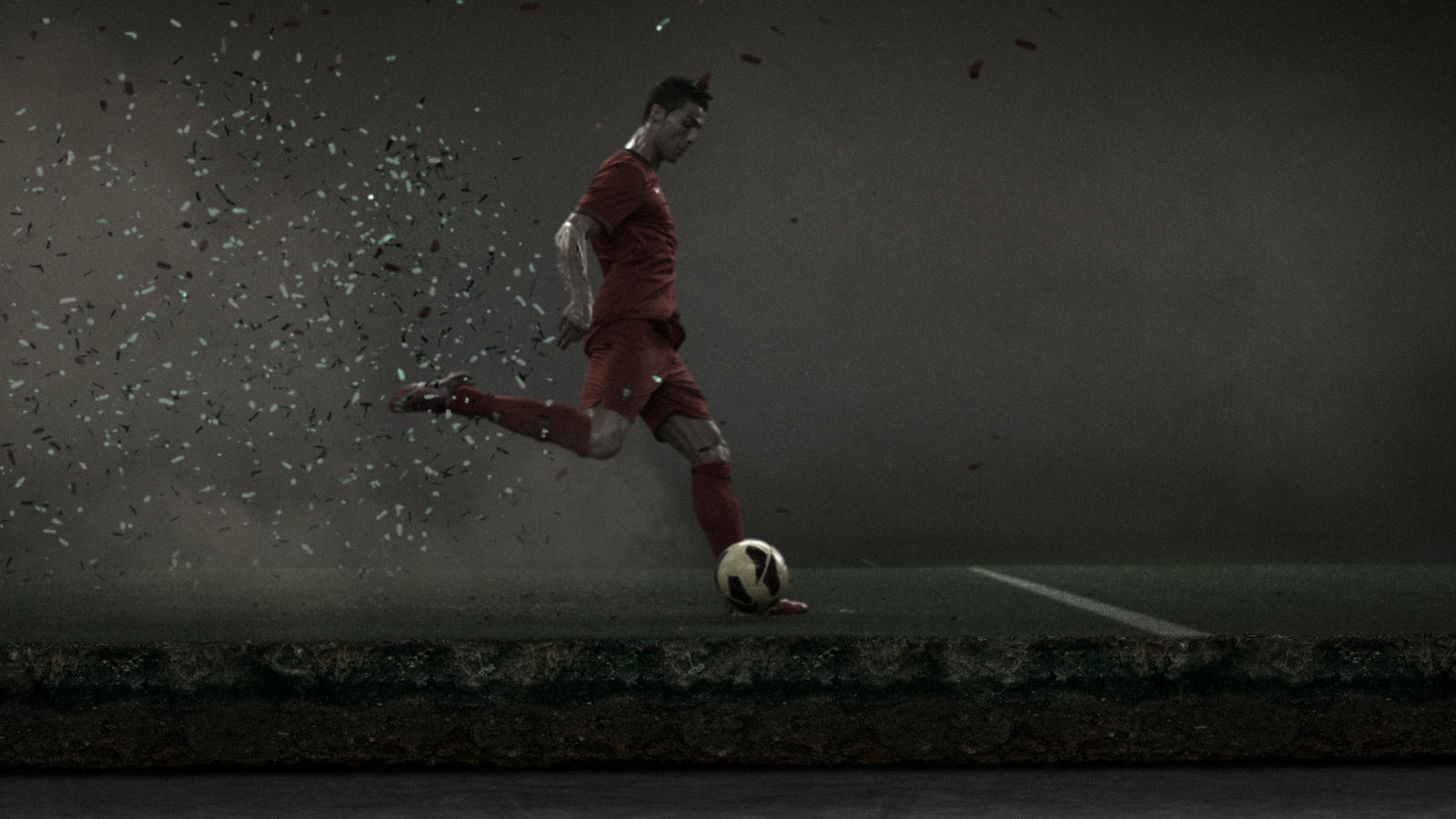 In today’s highly technical and fast game, straight line speed and ability to simply pass a player is only part of the player's skill set. Combining performance innovation and a heritage of lightweight boots for fast players, the Nike Mercurial Vapor IX takes this legacy to the next level for players who rely on tight cuts and turns combined with bursts of explosive speed to beat the opposition.

The Mercurial Vapor IX is engineered with a completely new upper to deliver a level of support and touch for players to deliver a deadly combination of speed and skill when it matters most. Nike’s new Speed Control texture on the upper gives players the confidence to perform at speed with enhanced friction that combines with a snug and responsive fit -- a hallmark of Mercurial boots. The Speed Control texture wraps around the foot, giving the boot friction when necessary without compromising on the soft touch the player requires. The upper also locks down the foot and prevents unnecessary movement within the boot, while a minimal and soft heel area maximizes comfort and therefore the performance of those wearing them.

Traction is everything for the player who relies on explosive speed and who wears the Mercurial Vapor IX. Twin studs at the back allow for a quick release from the turf, and the asymmetric design of the stud configuration delivers an explosive start. Highly responsive blades also allow for game-altering changes in direction at speed.

The Mercurial Vapor IX features a unique, lightweight plate, incorporating two different pieces of glass fiber that increase flexibility and responsiveness, providing energy return in the heat of the game.

Since its original launch over 10 years ago, the Mercurial has always stood out. Bold and exciting, the boot’s color and design has always ensured its players are noticed. The new Vapor IX is no different. Featured in striking fireberry and sunset colorways, the boot makes a bold statement on pitch. Both colorways will be available for pre-order on January 18 and on January 31 at Nike.com and retailers worldwide.

To fully comprehend explosive speed and the impact it has as it blazes its path, sometimes you need to slow everything down first. That’s the dramatic insight behind Nike’s “Vapor Trail,” a new film that illustrates Cristiano Ronaldo’s devastating combination of speed, skill and impact, all aided by his new Mercurial Vapor IX boots.

The Mercurial Vapor IX is engineered with a completely new upper to deliver a level of support and touch for players to dominate the opposition with lighting speed when it matters most.

“Vapor Trail” captures a passage of play from a pitch-level perspective that unfolds through a vortex of explosive speed. In its wake we see players, fans, stadium security, ball boys and a tumbling linesman literally blown over.  No one is spared from the relentless force -- a coach loses his glasses and players cling to the dugout, seconds away from being swept away.

Sports photographers and police struggle to combat the relentless wave of explosive speed pitch side, huddling against flying banners and debris.

As the film builds to a crescendo we see the cause of this force of nature: Cristiano Ronaldo bursting out of the maelstrom, skipping past sliding defenders with lightning footwork and firing the ball into the back of the net.

As CR looks back on the destruction behind him the film cuts to a tag line “Be Fast. Be Mercurial.”